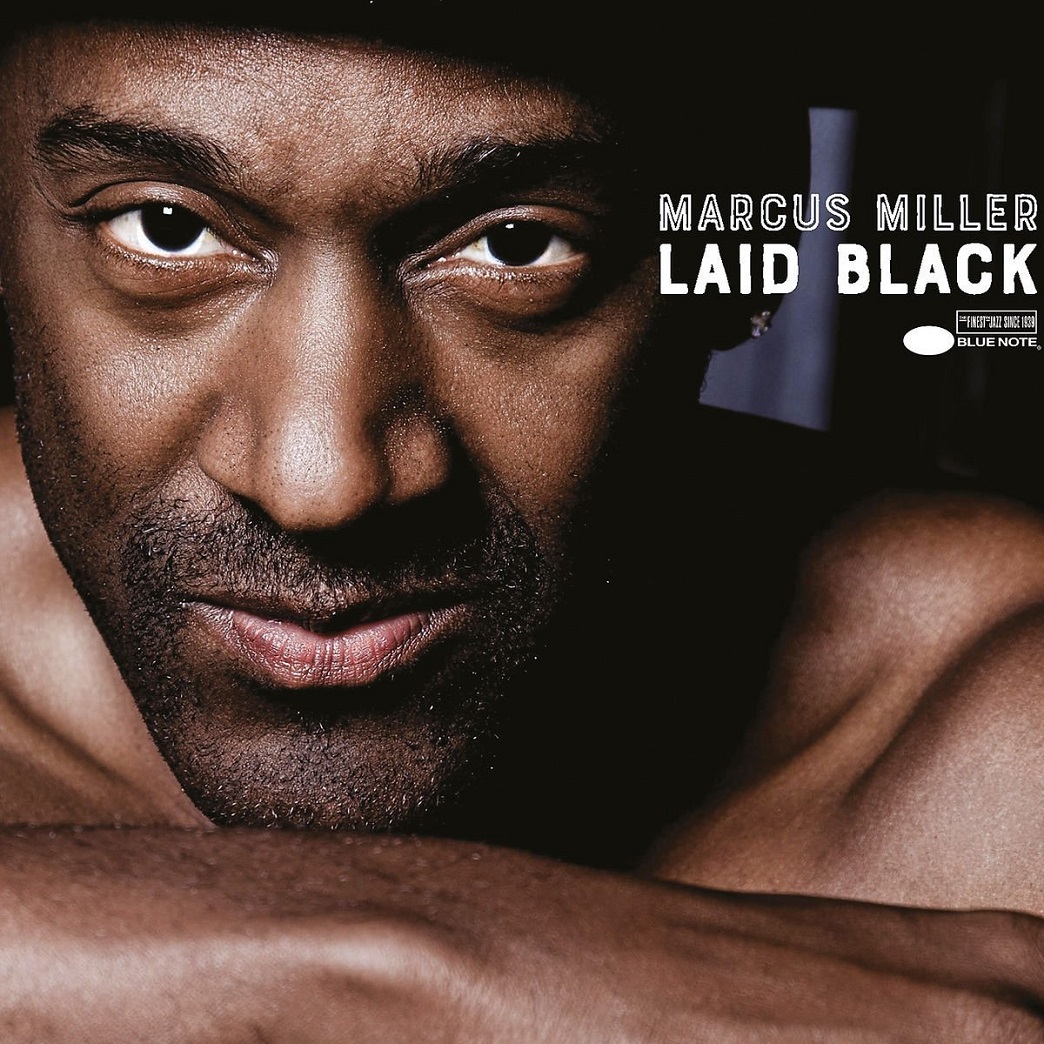 Bass great Marcus Miller brings the influence of modern urban music to his trademark sound on his highly-anticipated, genre-defying new album Laid Black, which will be released June 1 on Blue Note Records. The album pre-order launched today along with the lead single “Untamed” which is available to stream or download now.

It’s been three years since Miller’s last album, Afrodeezia, which The New York Times called “vibrant and expressive… music that frames his playing beautifully.” Miller says: “Afrodeezia was like a musical voyage through my history. I followed the journey of my ancestors by collaborating with musicians along the African Slave route – musicians from West Africa, North Africa, South America and the Caribbean. With Laid Black, I decided to bring the music right up to the present - using elements from what’s happening in urban music today. So you’ll hear hip-hop, trap, soul, funk, R&B and jazz on this album. The music is calm but also powerful and funky, drawing on the black musical experience. Laid Black.”

Miller recorded most of the nine tracks on Laid Black with his band in a New York studio and also recruited guest artists Trombone Shorty, Kirk Whalum, Take Six, Jonathan Butler, and Belgian singer Selah Sue. Of his band, Miller says: “My guys are incredibly talented. They play everything from bebop to hip-hop. All of the special guests I called have the same vision about jazz, which made it possible to create this mix of music. Oh and if you like bass, there’s plenty of serious bass work on this album too!” 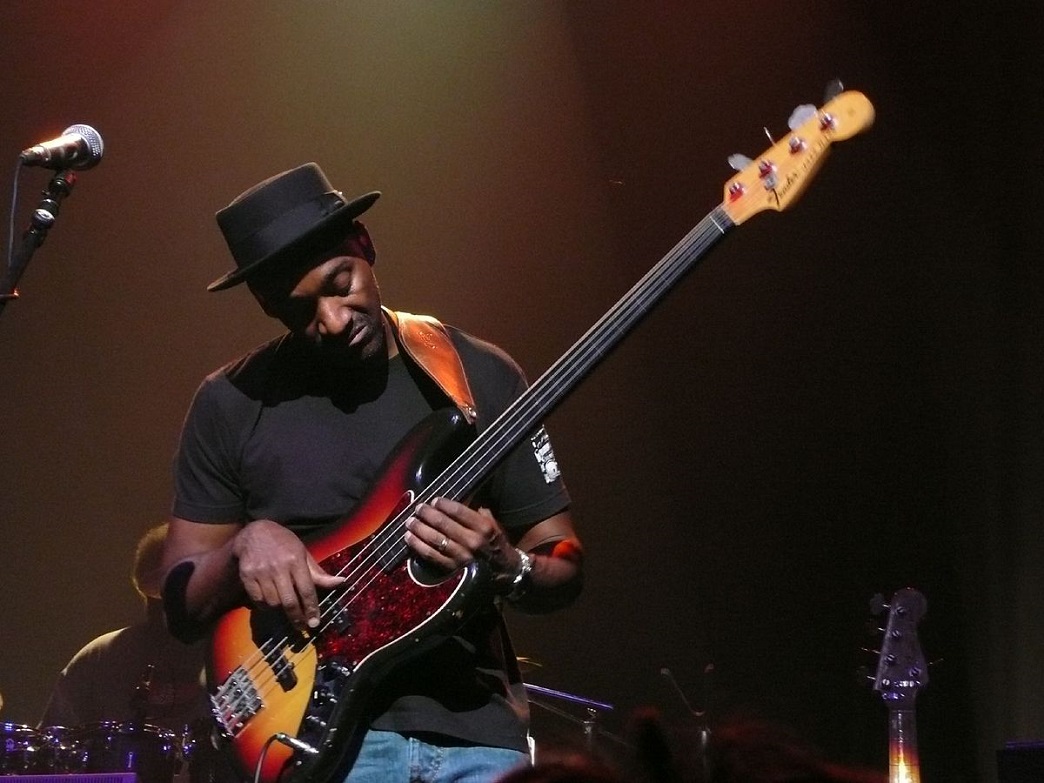 Anyone who has listened to Miller’s music or experienced his concerts live knows that they are in for quite a treat. Miller’s powerful, jazz/funk bass playing is out in full force with this album – pushing boundaries and taking jazz to new levels. Miller, along with his incredible band of young musicians, will be sure to excite, challenge and transport audiences.

Miller has one of the most enviable and expansive musical careers in the industry. He is a two-time GRAMMY Award winner, winner of Holland’s Edison Award for Lifetime Achievement In Jazz (2013), winner of France’s Victoire du Jazz (2010), and he was appointed a UNESCO Artist For Peace in 2013.

Born and raised in New York to a musical family (legendary jazz pianist Wynton Kelly is a cousin), Miller’s characteristic bass sound can be heard on a limitless catalog of hits including Bill Withers’ “Just The Two Of Us,” Luther Vandross’ “Never Too Much,” Aretha Franklin’s “Jump To It,” Snoop Dogg’s “Gz and Hustlas,” and Jay-Z’s “Can’t Knock the Hustle,” and Beyoncé’s “All Night.” to songs from Chaka Khan, Herbie Hancock, Eric Clapton, Aretha Franklin, George Benson, Elton John, and Bryan Ferry, to name a few. With his distinctive style—a unique combination of funk, groove, soul and pure technical skills—Miller has been referred to as one of the most significant bass players in jazz, R &B, fusion and soul.

Miller’s rich resume of collaborations include a 15-year songwriting and production partnership with Vandross which resulted in 13 consecutive platinum albums (of which Miller co-produced seven), as well as partnerships with artists as varied as David Sanborn, Roberta Flack, Al Jarreau, Chaka Khan, Eric Clapton, George Benson, Herbie Hancock, and Wayne Shorter, to name a few. Most notable, after several years of touring in Miles Davis’ band in his early 20’s, Miller composed, produced and arranged the ground-breaking album and title song Tutu, which won two GRAMMY Awards and is considered one of the definitive late Miles Davis albums.

Miller has an endless list of film and television credits to his name. Most recently, he composed the music for the Oscar nominated film Marshall (2017) directed by Reginald Hudlin and starring Chadwick Boseman as a young Thurgood Marshall and Emmy award-winning actor Sterling Brown. Miller composed the soundtrack to the now classic sitcom, Everybody Hates Chris, created by Chris Rock. Miller is also responsible for the soundtracks on landmark cultural classics such as Boomerang (featuring Eddie Murphy and Halle Berry), House Party (featuring Kid N’ Play), and he wrote “Da Butt,” the song that inspired the national dance craze from Spike Lee’s 1988 cult classic School Daze.

Miller is also the official host of several sold-out jazz cruises each year, put on by Entertainment Cruise Productions, including Blue Note at Sea, which sails next on January 26, 2019 featuring a stellar line-up including Miller, Robert Glasper, Terence Blanchard, Wynton Marsalis, and more. Miller has a global tour planned behind the release of Laid Black with concerts scheduled worldwide. Visit marcusmiller.com for more details.