Live At Firehouse 12 documents the Daniel Levin Quartet in live performance with its current working line-up, now featuring Mat Maneri on viola. The new palette of timbres and textures afforded by the change in instrumentation from trumpet to viola provides ample opportunities for the band to explore previously uncharted territory, and the musicians take full advantage here, producing music that sounds fresh and exciting. At the same time, there is a sense of familiarity, as the music often travels along several of the distinctly original sonic paths that Daniel Levin and his quartet have forged over many years. In fact, with this recording, Levin chose to focus on four of the key compositional forms, or “archetypal images”, that have been in consistent use by the quartet since its inception in 2001. To round out the program, there are fully improvised duos from Zetterberg and Moran, and also from Levin and Maneri, who can frequently be found working as a stand-alone duo, apart from the quartet.

The music that results from this unique combination of precedents and antecedents can be extremely subtle or epic; it can delight itself in the abstract marvels of timbre and texture; it can embrace the beauty of a melody while exploring rhythm in unexpected ways, but at its core, it’s always lyrical. The mysteries and intricacies within the music invite us to keep coming back to it, in order to uncover yet another layer, another detail, to have another experience of enchantment. 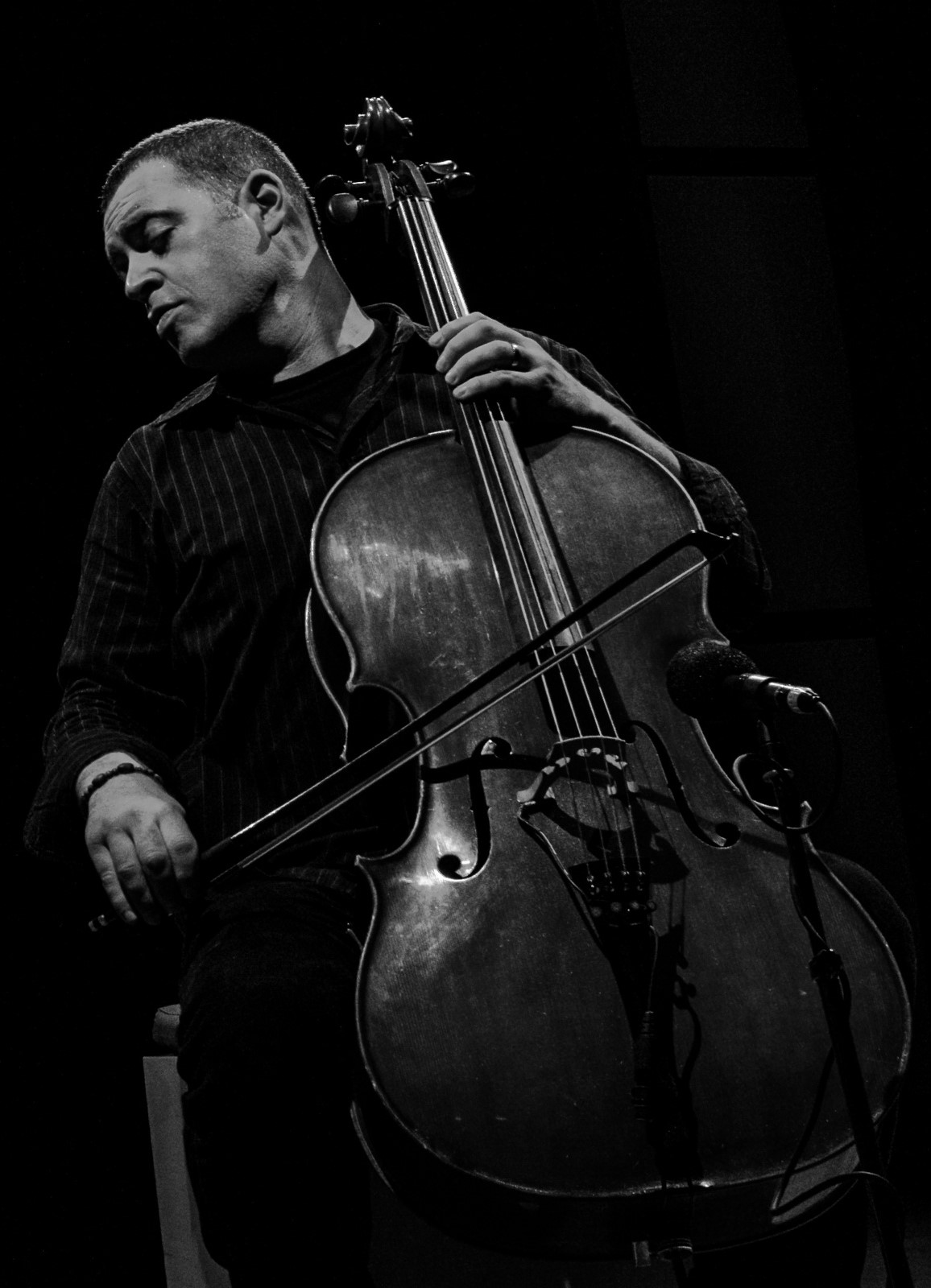 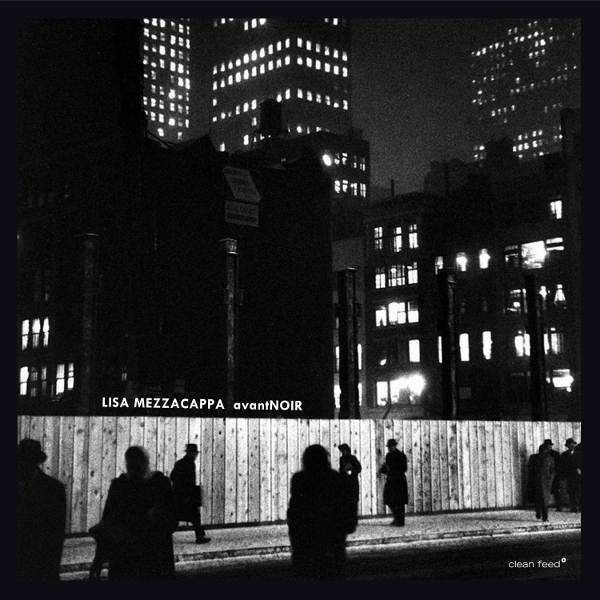 San Francisco Bay Area bassist and composer Lisa Mezzacappa draws inspiration from a wide range of sources in her music, from film to visual art to science.  Her newest release, avantNOIR, is a suite of compositions for jazz sextet based on noir crime fiction—classic works by Dashiell Hammett set in San Francisco, and later works by Paul Auster that are part of his New York Trilogy. Mezzacappa probes the psychological depths of these stories, creating musical profiles of characters like Big Flora from Hammett’s The Big Knockover, and Daniel Quinn from Auster’s City of Glass. She also uses clues from detective’s cases—addresses, aliases, phone numbers, hotel rooms—and translates them into musical structures, melodies and rhythms, in a kind of postmodern jazz serialism. The result is a contemporary jazz gem influenced as much by Charles Ives and Pierre Boulez as by Eric Dolphy and Henry Threadgill.

Mezzacappa’s partners in crime couldn’t be better suited to the challenge of navigating her sometimes gnarly, sometimes spacious but always imaginative music. Guitarist John Finkbeiner and tenor saxophonist Aaron Bennett were regulars in the California edition of Adam Lane’s Full Throttle Orchestra, and have been part of Mezzacappa’s Bait & Switch quartet for nine years. Jordan Glenn, of Fred Frith’s current trio, is one of the Bay Area’s most in-demand and versatile drummers. Tim Perkis is a pioneer of laptop improvisation, and adds a supremely sensitive layer of sound to the compositions. And veteran percussionist William Winant, well known in contemporary music circles and a longtime associate of avant-jazz heroes John Zorn, Fred Frith, Roscoe Mitchell and others, plays vibraphone and Foley sound effects—rotary phone, typewriter, hotel desk bells—as part of the record’s rich and mysterious sonic landscape. 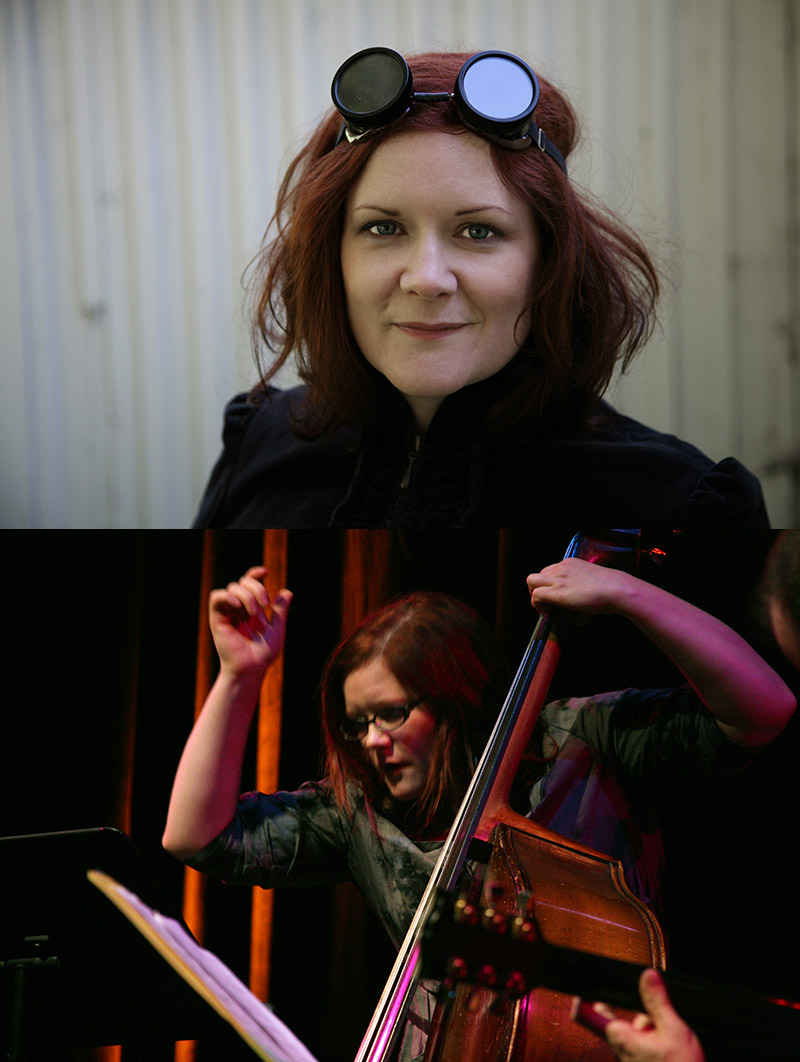 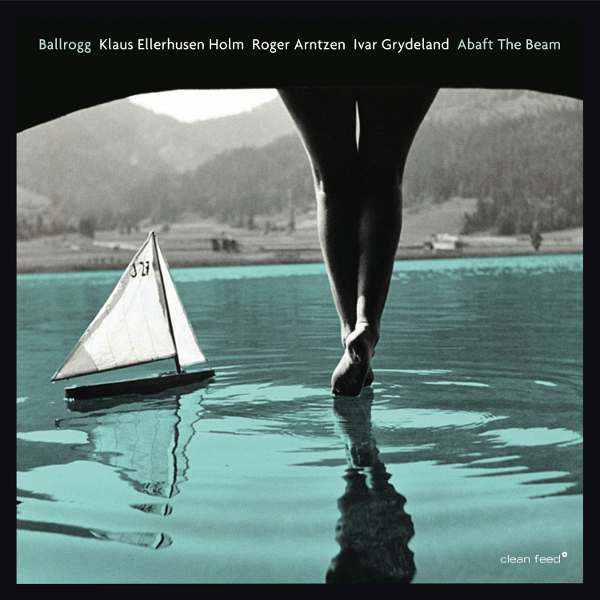 For some time, and for two released albums, Ballrogg was the name of the duo formed by clarinetist and saxophonist Klaus Ellerhusen Holm (Honest John, Large Unit) and double bassist Roger Arntzen (In the Country, Chrome Hill), identified by a captivating approach which combined an exploration of the influence of Jimmy Giufree and Eric Dolphy’s particular brand of jazz with the kind of non-linear structures patented by the indeterminist new music composer Morton Feldman. Meanwhile, a third element joined the project and things got more complex, and that because Ivar Grydeland (Huntsville, Dans les Arbres) brought with him a strong country & western influence. Pointed out as the Bill Frisell of experimental improvised music, Grydeland’s pedal steel guitar and banjo contributions are key to the “free chamber Americana” now proposed by the group, in a much clearer way than the one played by the Chicago’s band Town & Country. Curiously enough, neither of these musicians are from the United States and the music itself denounces its Scandinavian origin. The ability of the North European scene to reinvent «American classical music» (the label Duke Ellington gave to jazz) and even to reinvent the American folk roots is legendary, and here we have one precious example. 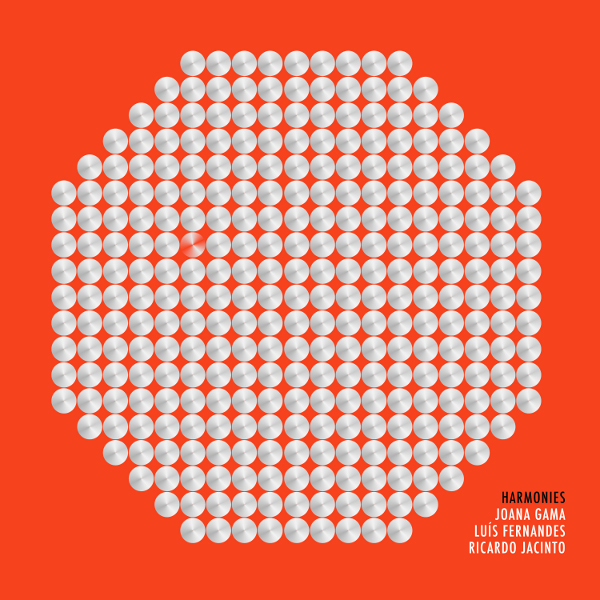 After QUEST, the piano and electronics duo by Joana Gama and Luís Fernandes, and SATIE.150, Gama’s project signaling the 150th anniversary of the composer Erik Satie, HARMONIES is the combination of those two musical investments, but adding a third element: cellist Ricardo Jacinto, also well known as a sound and visual artist. This is the next and brilliant step to the album QUEST, which content wasn’t already defined by Joana Gama’s parallel incursions in contemporary classical music or Luís Fernandes’ activities in the fields of rock and ambient electronica, with the band peixe:avião and under the name The Astroboy or Landforms.

It’s much more than that: the exploration of a new musical ground alternative to previous paradigms, but now profiting from the contributions of Jacinto, a musician usually committed to experimental music and improvisation. Curiously enough, the simple melodies suggested by Satie give a more evident pop flavor to the pieces at the same time that the constructions get more experimental. The music keeps being puzzling and mysterious, but the beauty of it all is overwhelming. 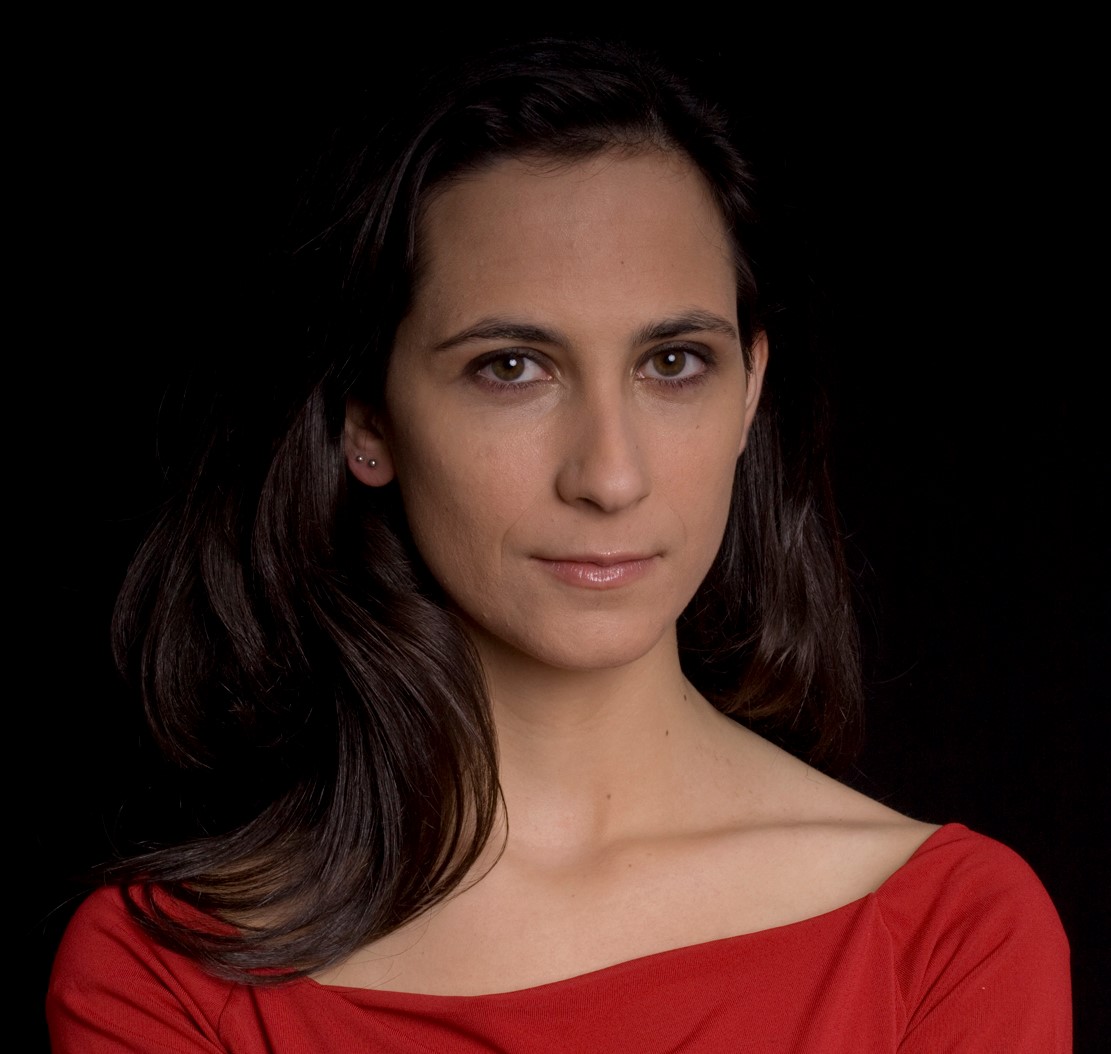 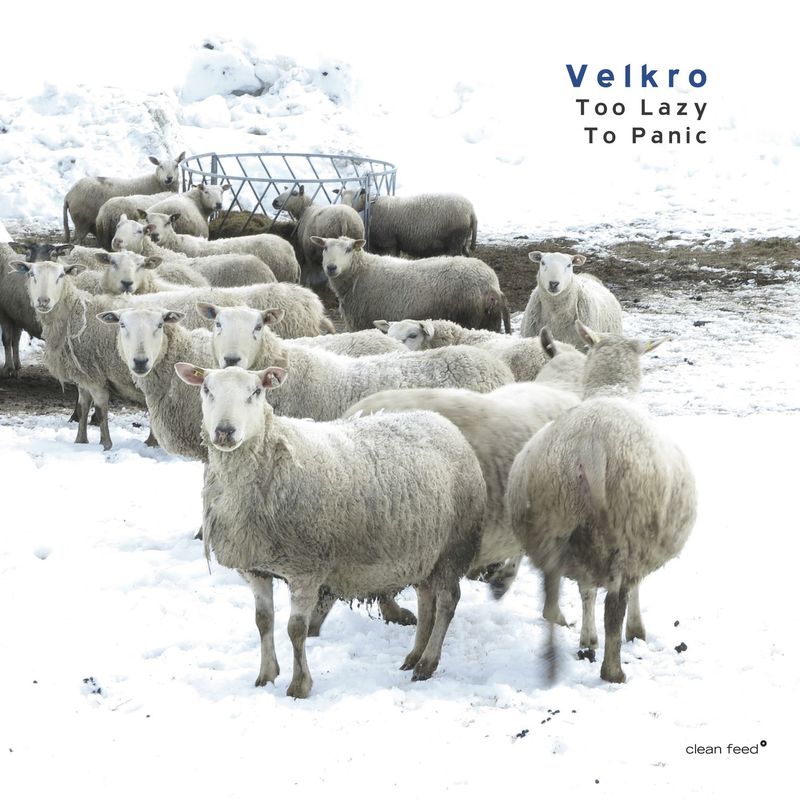 «Lean back and give it time to grow», asks Velkro to the listener in the liner-notes of their new CD, “Too Lazy to Panic”. In fact, the compositions by the trio with Bostjan Simon, Stephan Meidell and Luís Candeias need your attention to develop. They may be intense, but there’s no hurries. This hybrid of jazz with psychedelic jamming rock and experimental electronic music – mostly, the kind of electronica triggered by a guitar – is slow, and even when things start to get agitated you feel that behind all the unquietness is a steady heartbeat. It seems that someone is watching you, immobile, from the shadows, and yes, that’s a dark feeling, in spite of all the colors called to action. There are beautiful melodies and there are harsh noises, there are contagious grooves and there are abstract dreamy sequences – everything searching for a balance and only finding it precariously. The music is always at the imminence to fall, but keeps flowing and flowing, hypnotically imprisoning us inside. 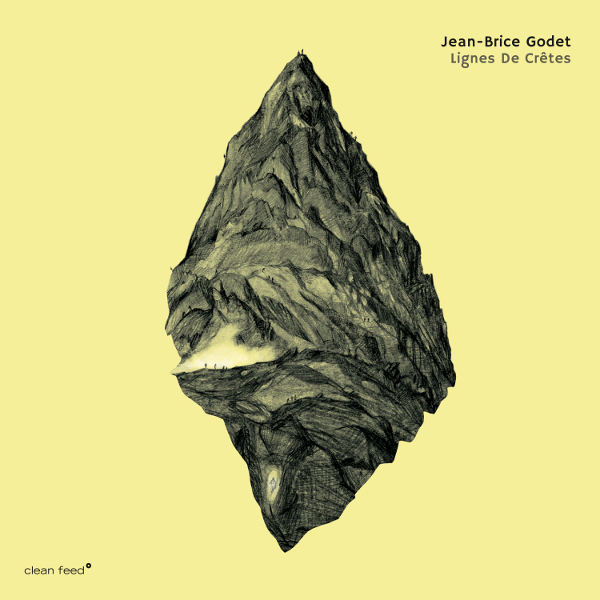 The name of French clarinetist Jean-Brice Godet may not ring a bell in the minds of American, German or Japanese jazz fans, but if we say he’s a regular companion of the celebrated bassist Joelle Léandre and remember that he already worked with the likes of Anthony Braxton and Fred Frith you have sufficient indication that an album signed by him really deserves an attentive listening. In this “Lignes de Crêtes” profiting from the company of two top figures of the new European scene, Pascal Niggenkemper and Sylvain Darrifourcq, Godet proposes a collection of «sound stories» suggesting the dances of «both aboriginal and punk tribes», to quote the liner notes. The trio in this record is the confluence of two of Godet’s projects, one his duo with drummer Darrifourcq, the other his Mujô Quartet, from which comes Niggenkemper and his double bass. This results in a musical formula which is in part faithful to the free jazz tradition and in the other goes to uncharted territory, in order to explore the ideas of impermanence and imperfection – more exactly, to give «diligence to a road of chaos», as Matthieu Malgrange puts it. Don’t be frightened by the words “imperfection” and “chaos”: the music is wonderful. Strange, yes, but 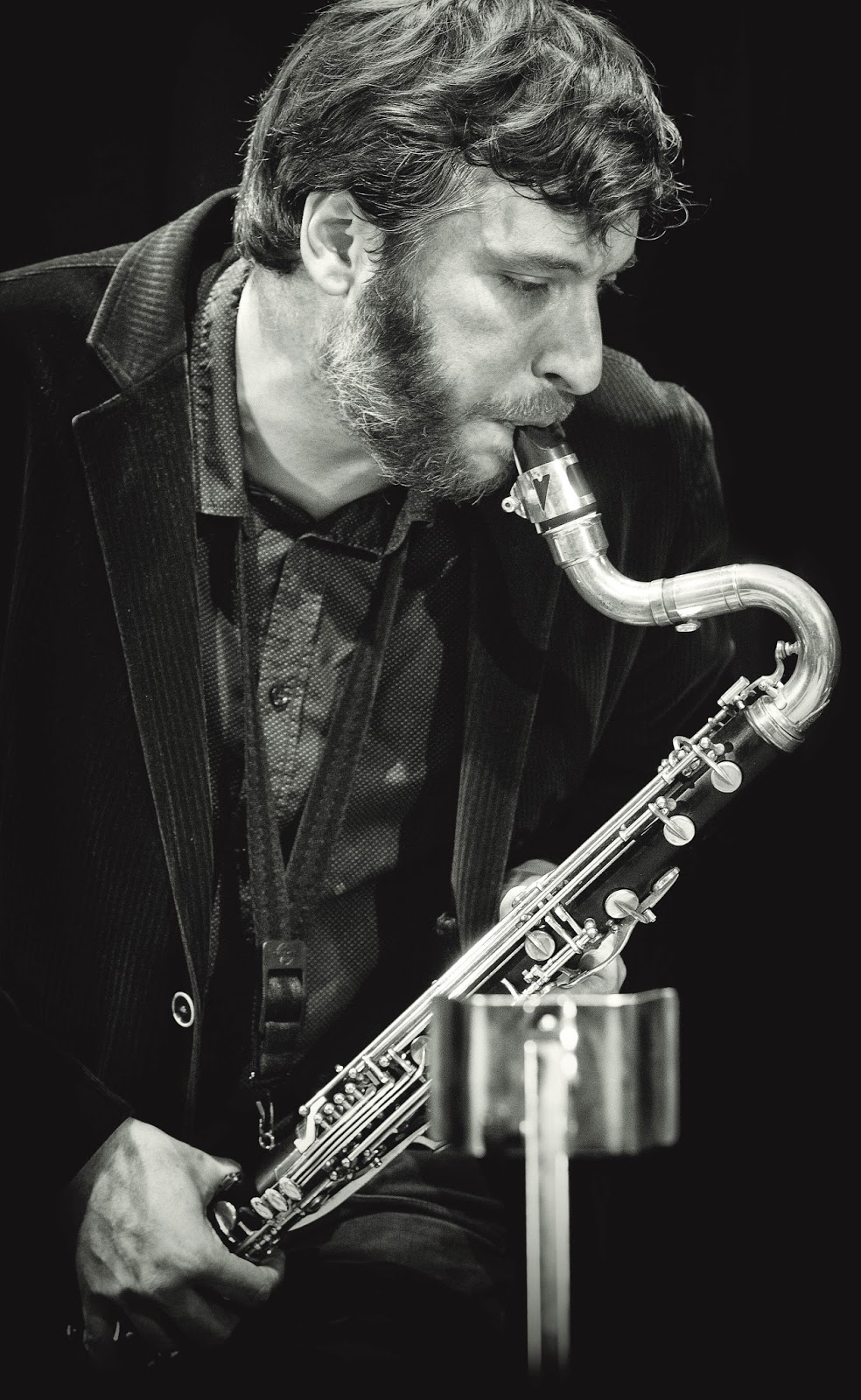 All compositions by Jean-Brice Godet, Pascal Niggenkemper and Sylvain Darrifourcq 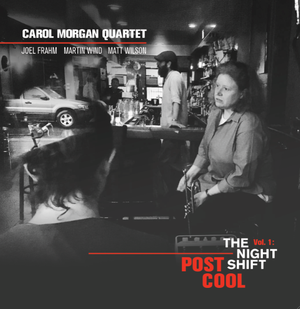 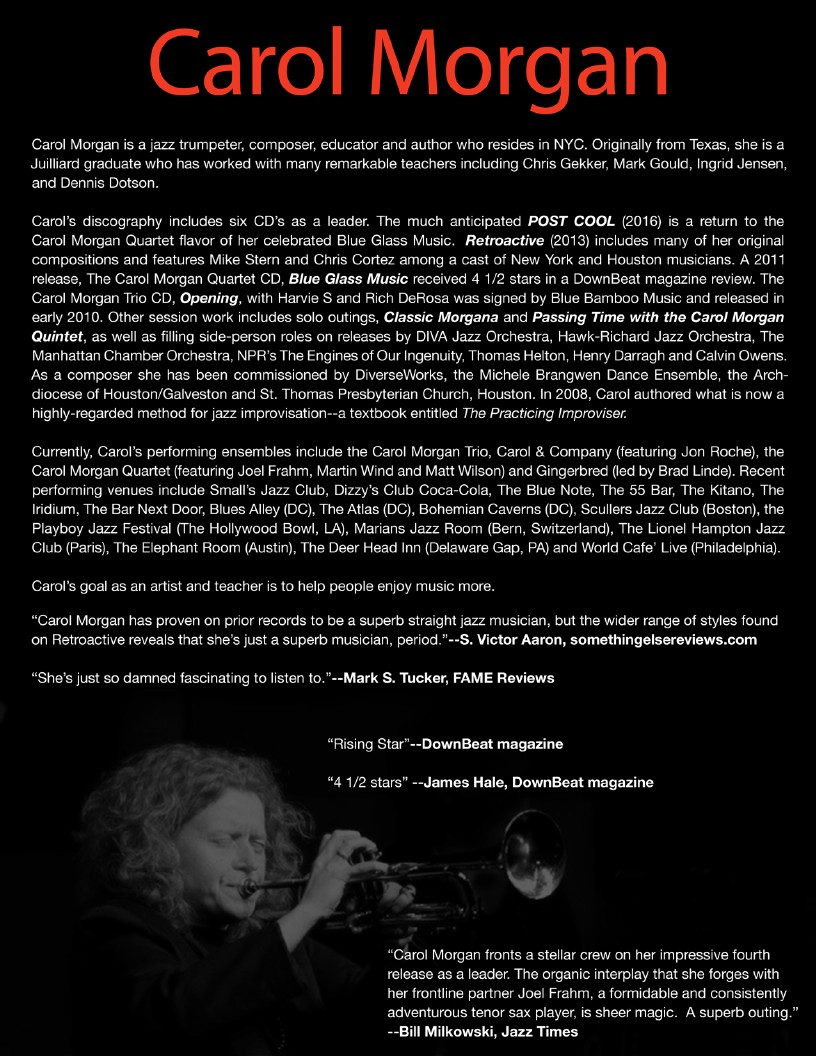 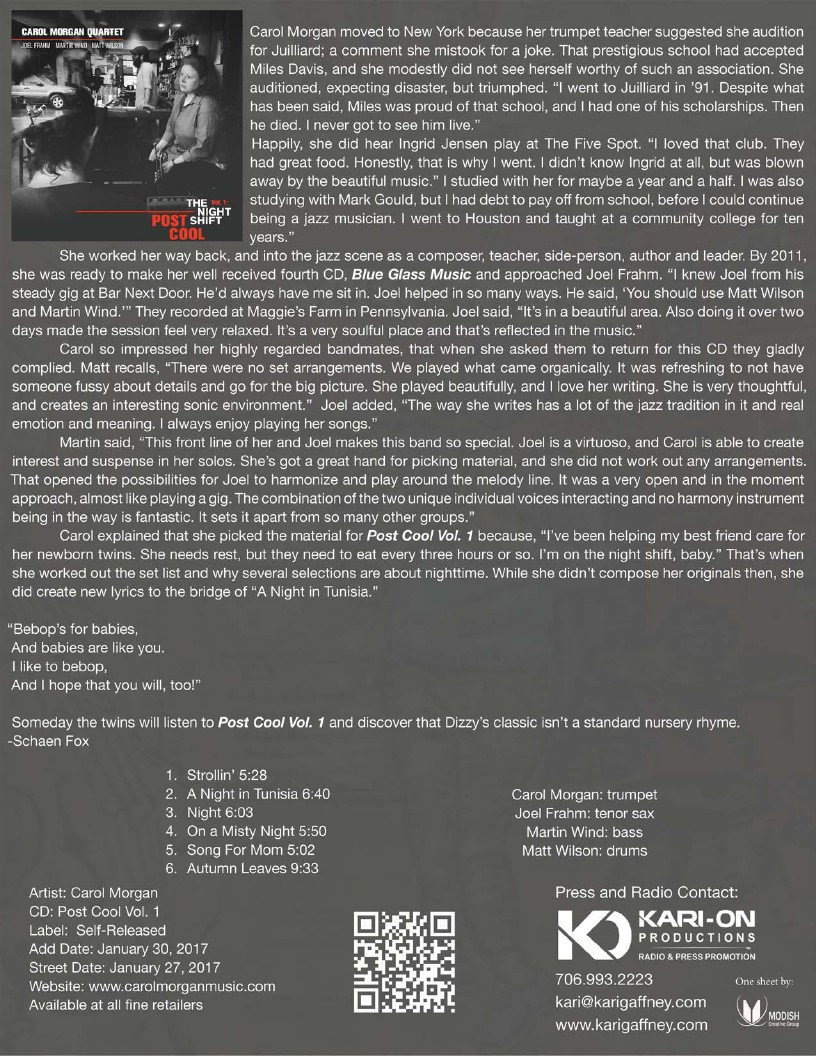 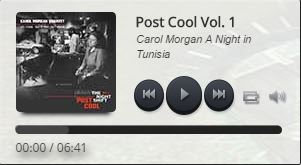 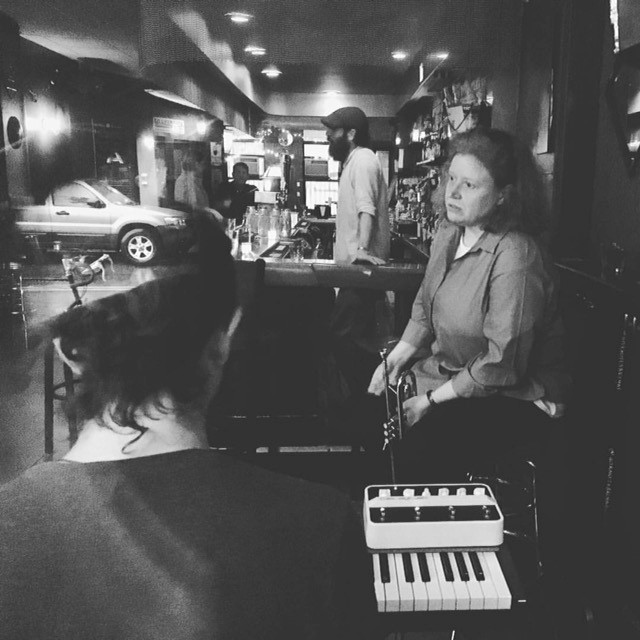 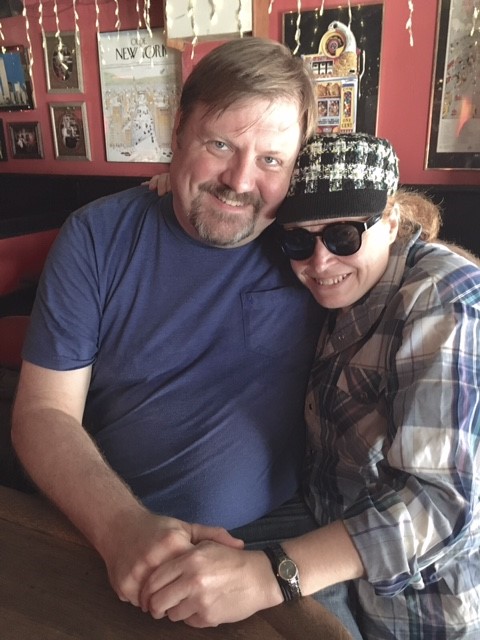 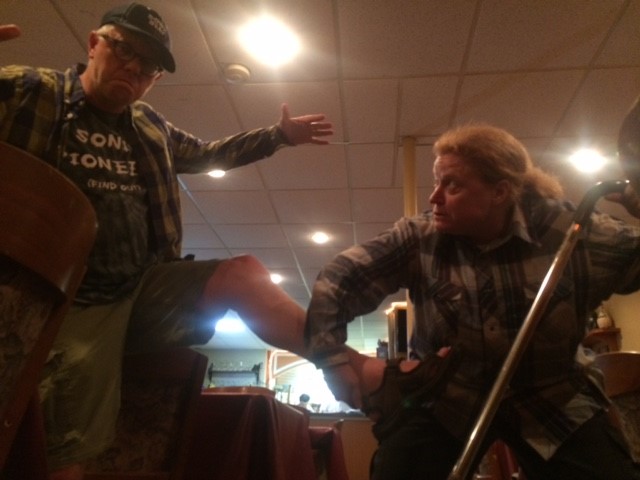 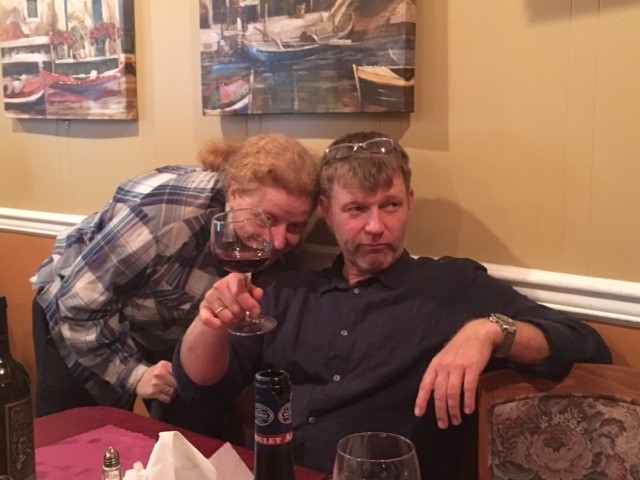 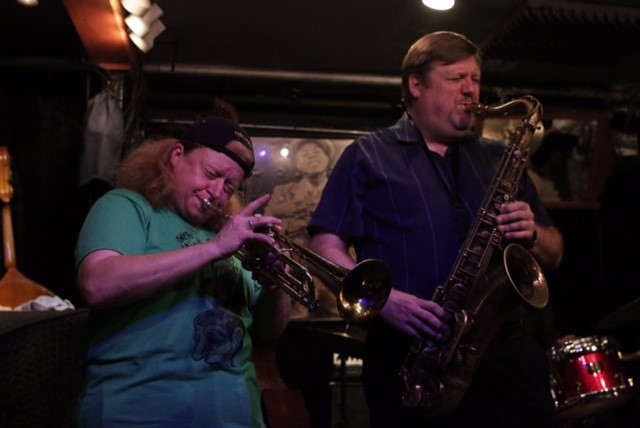 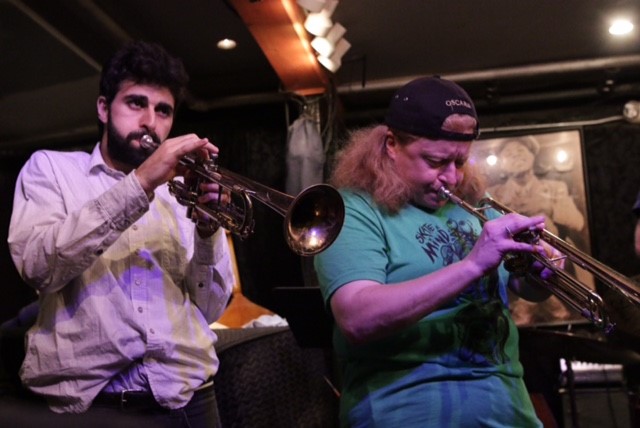 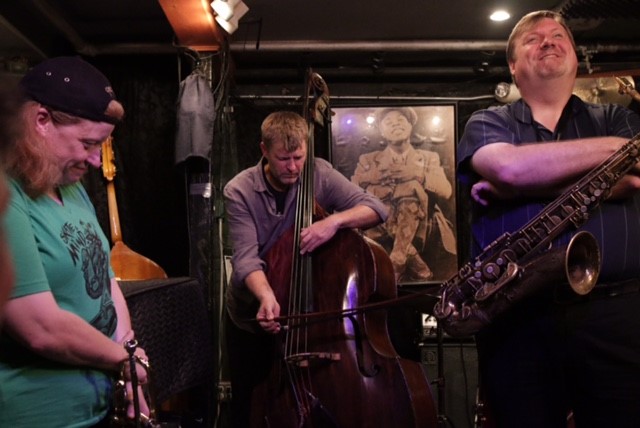 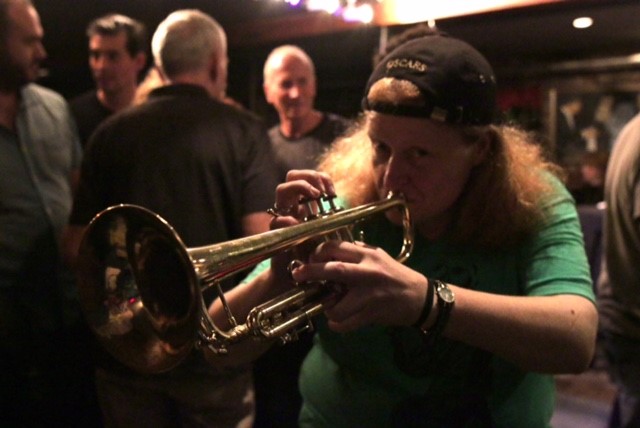 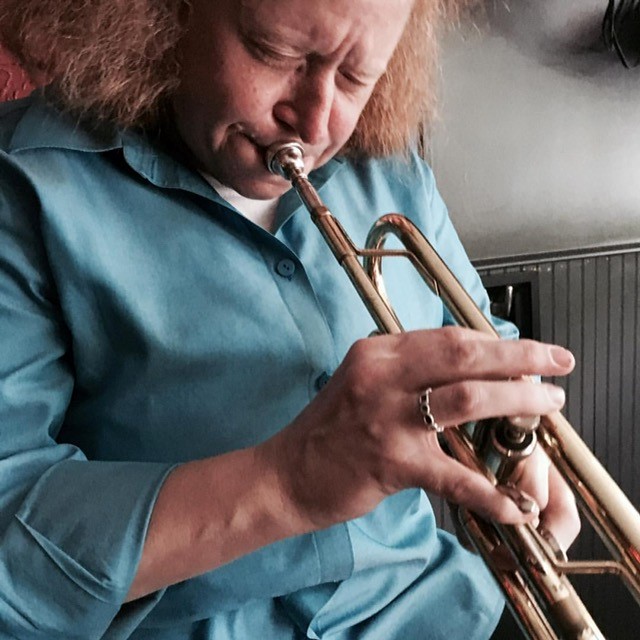