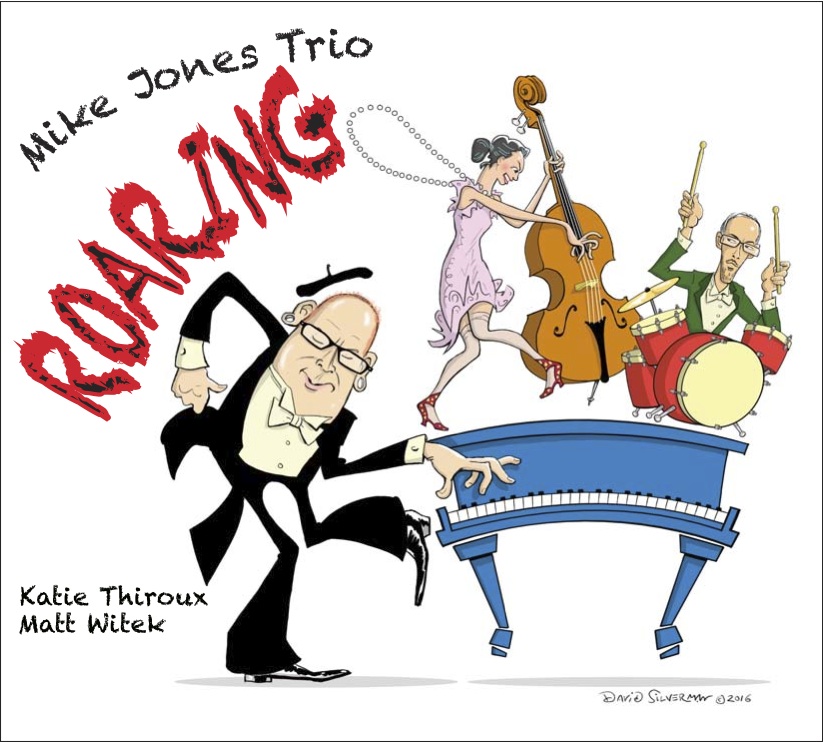 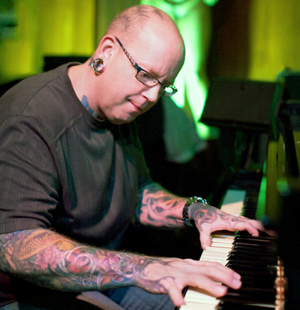 “Mike Jones approaches the keyboard as if it were a jazz band, simultaneously unfurling walking bass lines, exquisite inner voices and running top notes that would seem to require four hands rather than two. The beauty of Jones’ touch, the wit of his phrasing and the intelligence of his improvisations ennoble standards…” – Howard Reich, Chicago Tribune 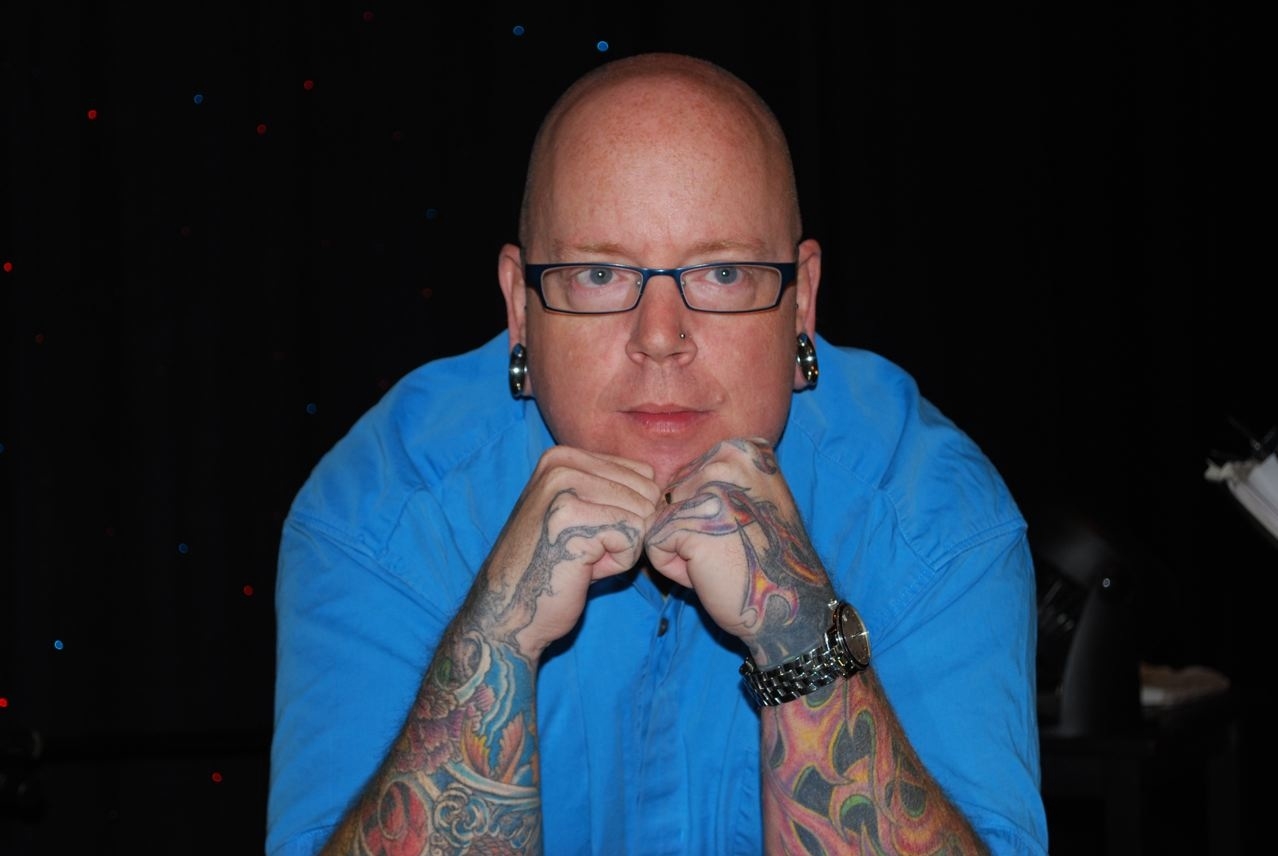 Roaring, pianist Mike Jones’ second release for Capri Records, brings sparkling new life to standards from the 1920’s. Teaming up with the marvelously sympathetic rhythm team of Katie Thiroux on bass and Matt Witek on drums, Jones takes on such “Roaring Twenties” favorites as “I Found a New Baby,” “Mean To Me” and “Me and My Shadow,” fully displaying the dexterous technique, style and taste that have brought him acclaim from both jazz cognoscenti and critics alike.

Roaring features an original cover illustration by David Silverman of Simpsons fame (rendered in the iconic style of “Jazz Age” artist John Held Jr.) and liner notes by the renowned writer Neil Gaiman. Recorded in a single four-hour session, the album demonstrates how superior instrumentalists can come together, without rehearsal and without having played together as a group, and effortlessly meld into an indivisible unit. All but one of the tunes were done in one take. Together, Jones and company brush off the dust from Great American Songbook classics originally introduced in the 1920s, imbuing each with vitality and renewed spirit. The CD will be released July 15, 2016.

Celebrated as one of the most adept keyboard practitioners of mainstream jazz, Jones has also gained international attention for his work with Penn and Teller. Over the past fifteen years, millions of Las Vegas visitors have heard the versatile pianist play with the eminent magic team at the Rio All Suites Hotel and Casino. Jones is not only the opening act for the show, he is also the music director and composer for the production. Roaring was made while Jones was appearing in the sold out “Penn & Teller On Broadway” show. 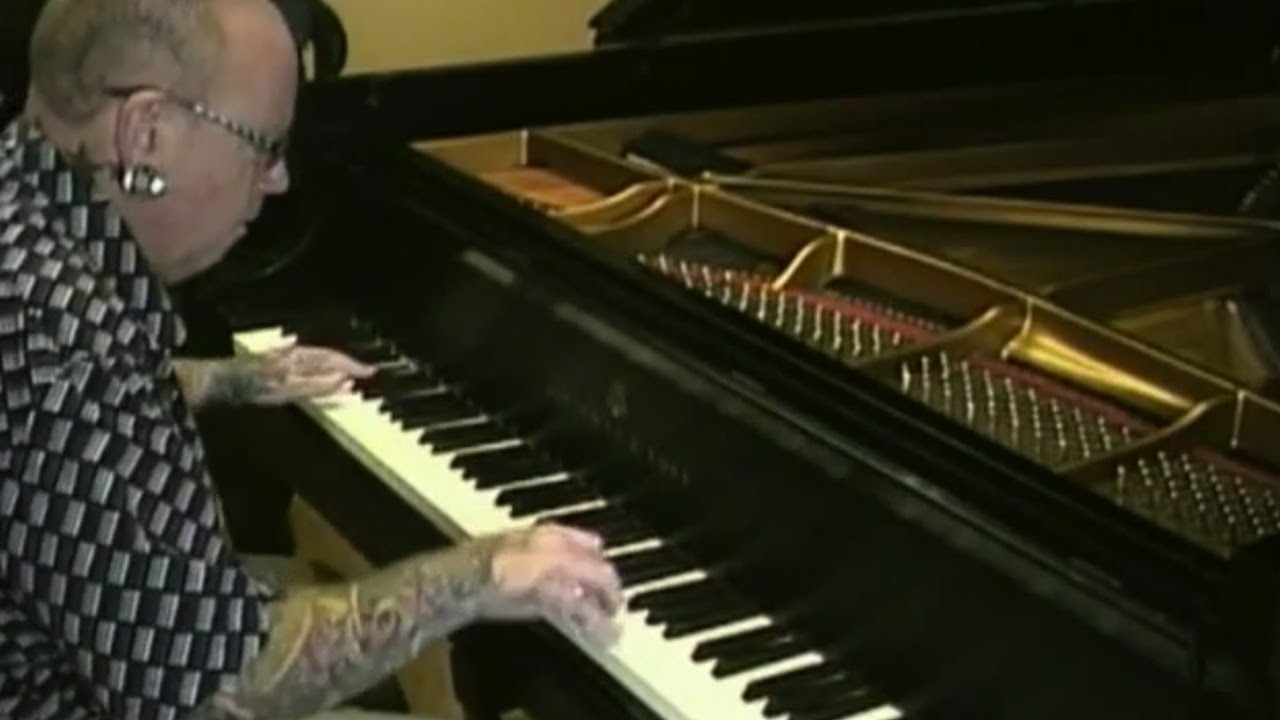 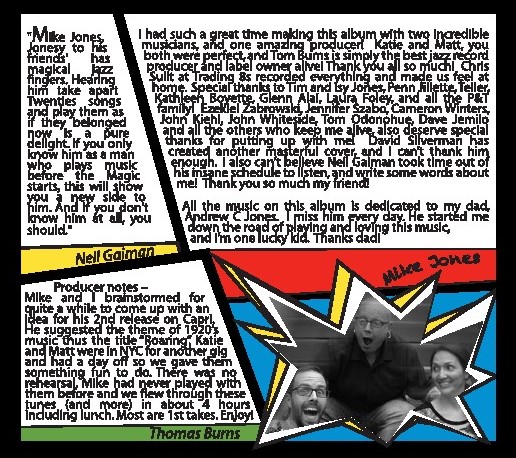 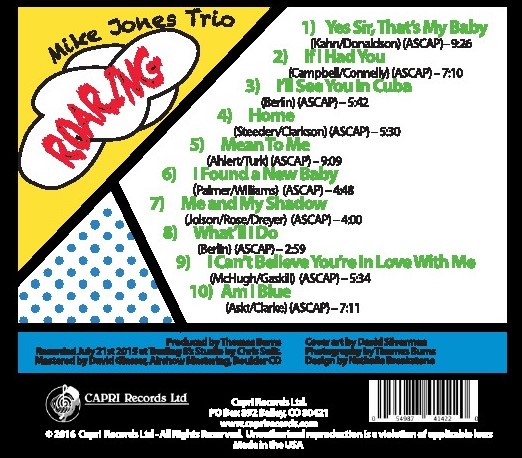 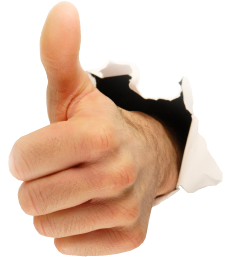 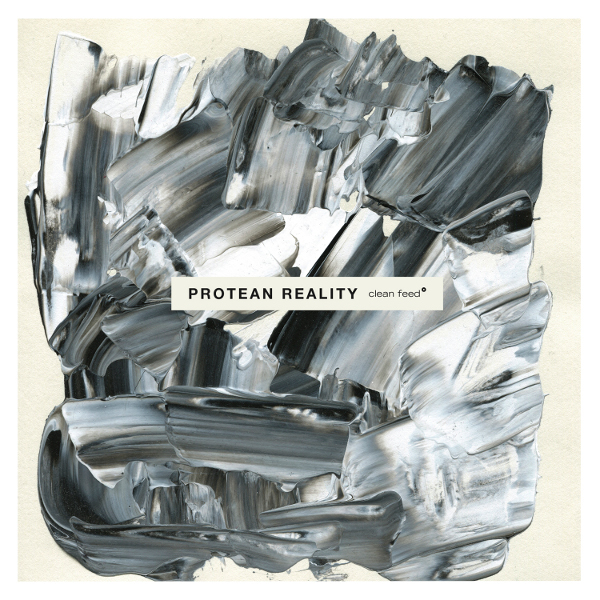 Here is one more – and particularly notable – example of the most blasting jazz made today. Protean Reality is a trio using the conventional instrumentation born with hard bop and free jazz: sax, bass and drums. But there’s nothing conventional in Chris Pitsiokos, Noah Punkt, and Philips Scholz’s approach. With a clear reference to the New York no wave scene of the Seventies, here jazz meets noise meets contemporary classical music. Mix Ornette Coleman, Sex Pistols and Iannis Xenakis in your mind and you’ll be close to what’s inside the package. Intensity, immediacy and forward propulsion are key words to describe this music, but there’s also lots of lyricism and abstract detail to deal with in the three long pieces of this CD. And if this band may be a novelty to you, the three musicians have a past. Pitsiokos has worked with the likes of Joe Morris, Peter Evans, Tyshawn Sorey, Nate Wooley, Paul Lytton, and Weasel Walter. We almost forgot: also with Lydia Lunch. Punkt has played with Tim Daisy, Peter van Huffel and Tobias Pfister. Scholz has had Rudi Mahall, Claudio Puntin and Pablo Held as partners. They’re no strangers to the business, but highly convincing representatives of a new generation of improvisers who celebrate the death of fusion jazz with joy, rage, inventiveness and zero taboos. 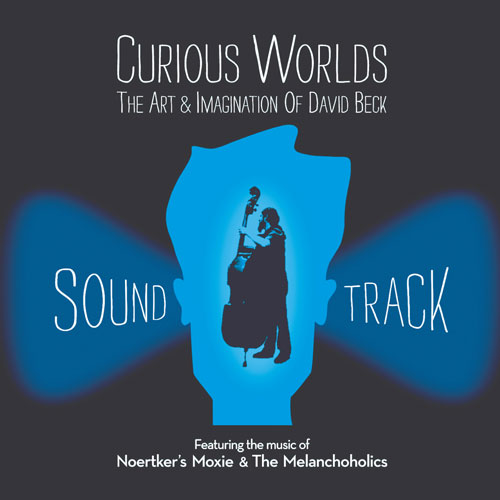 Bill Noertker first met David Beck in the late 1990s while playing in a jazz quartet called Playland. At first Noertker had no idea that in addition to playing the baritone saxophone Beck was a highly regarded sculptor of intimately scaled works. As he discovered Beck's work, Noertker was pleased to find that, in addition to the exquisite beauty of the work, much of it also displayed the dry humor that first attracted him to Beck.

In 2004, for his show La Naturecanique at the Allan Stone Gallery in NYC, Beck made a black-and-white super-8 film, Animatique, of seven of his works. Aware of Noertker's interest in using the visual arts as inspiration for his musical compositions, Beck asked him to score the film. Thus began their cross-disciplinary collaboration.

Because of Noertker's long-standing musical relationship with Beck, Olympia Stone asked him to score her film Curious Worlds: The Art & Imagination of David Beck. She and Noertker decided that the score would include some original music composed specifically for the film, some music from Animatique, some tunes that Beck and Noertker had written and performed as the Melanchoholics, and some music performed by Noertker's working band Noertker’s Moxie. Most of that music can be heard here on this soundtrack CD. 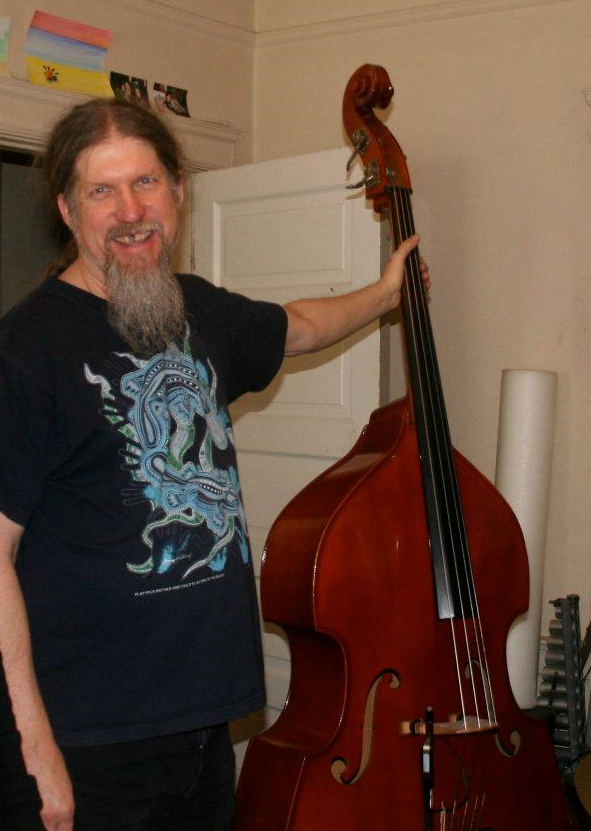 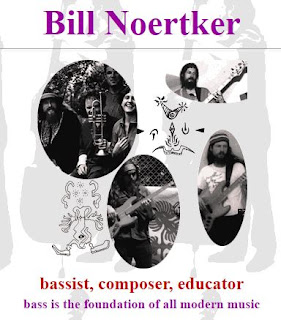