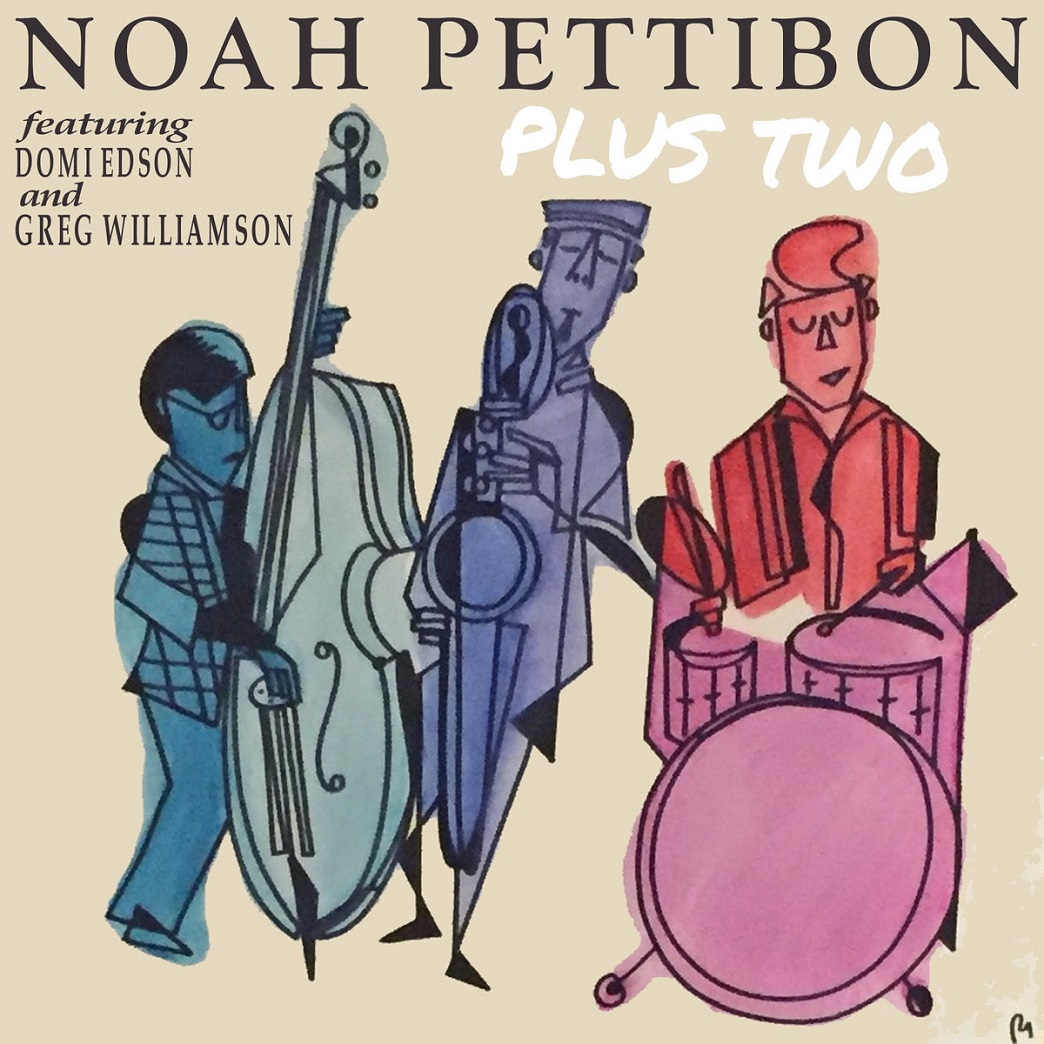 Thanks for checking out my music! This is a self-led and -produced trio recording created to serve as a landmark of my progress as a musician. I have made this EP totally free of charge so as to give anyone and everyone a chance to listen!

Here is a little info about the individuals behind this project.

All of the musicians accompanying me in this endeavor connected via Central Washington University. At the time of recording, Domi Edson was an undergrad bass student in her third year, and Greg Williamson was a first year graduate student and one of the staples of the professional scene in the Pacific Northwest. Kandin Neri was finishing his time as an undergrad at Central having studied as a recording engineer and in the saxophone studio. He joins the band on the bonus track "Mean What You Say".

Also take note of the hand drawn pieces by L.A. based artist "Pollux". I gave him the opportunity to hear the music and create an image for each individual track. Check out his Instagram (@paulmorrispollux) to explore more of his incredible work!

If you enjoy the music, I welcome you to let me know via any of the social media links listed in my artist's bio. Thanks again for listening! 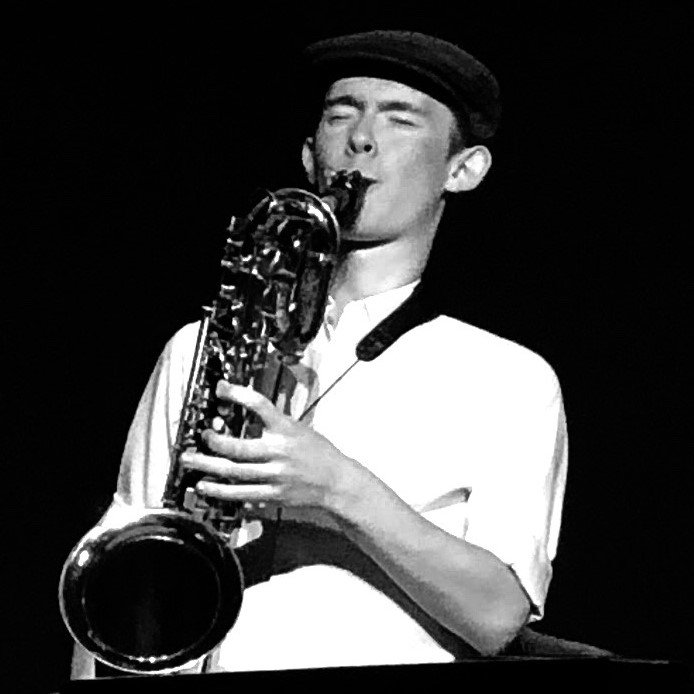 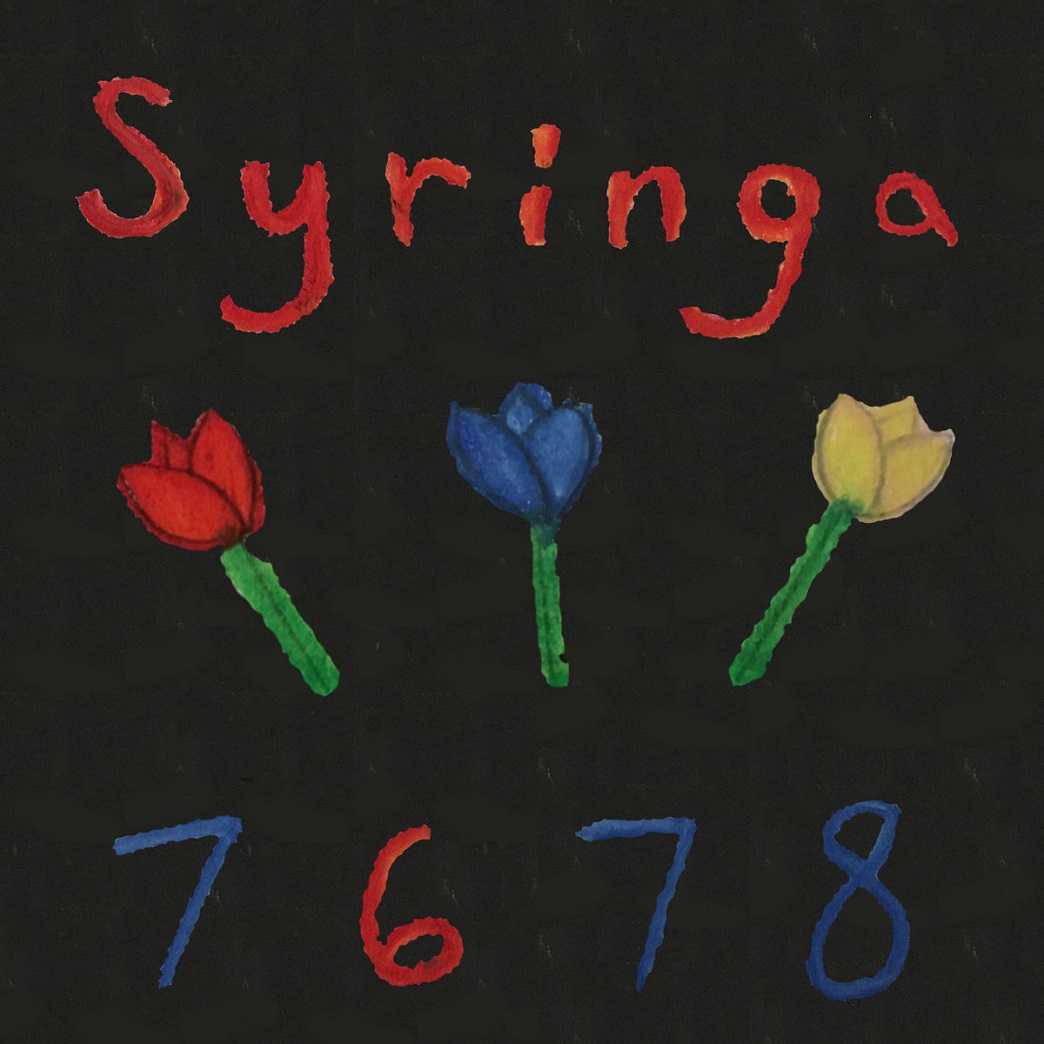 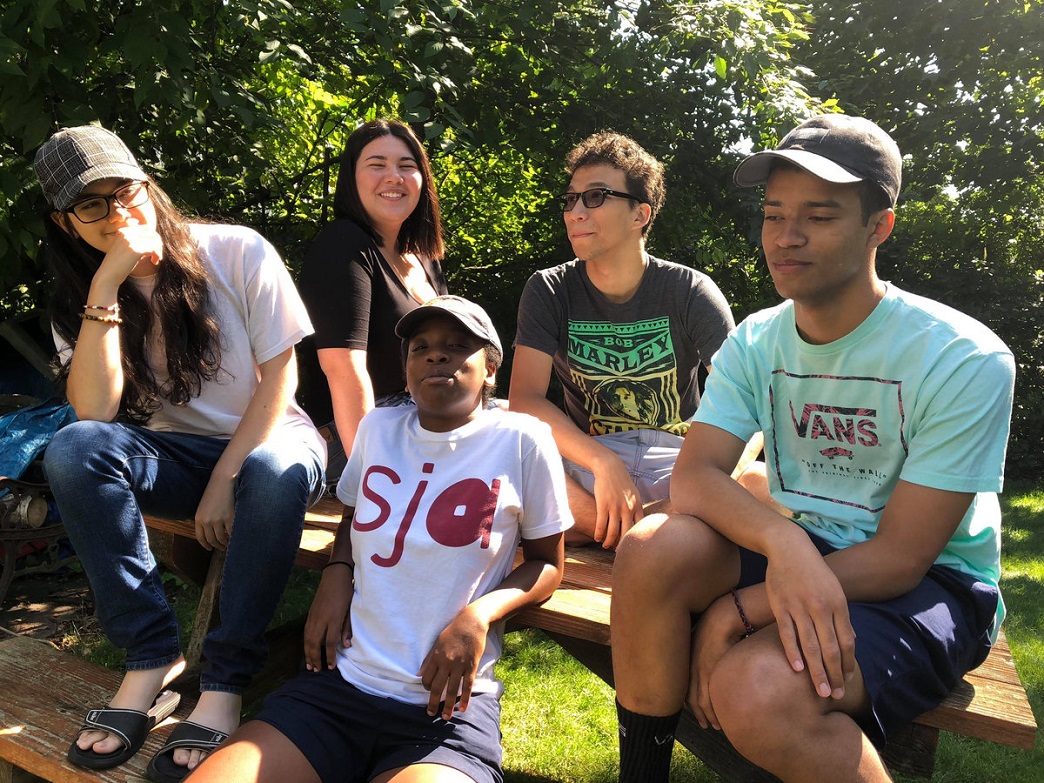 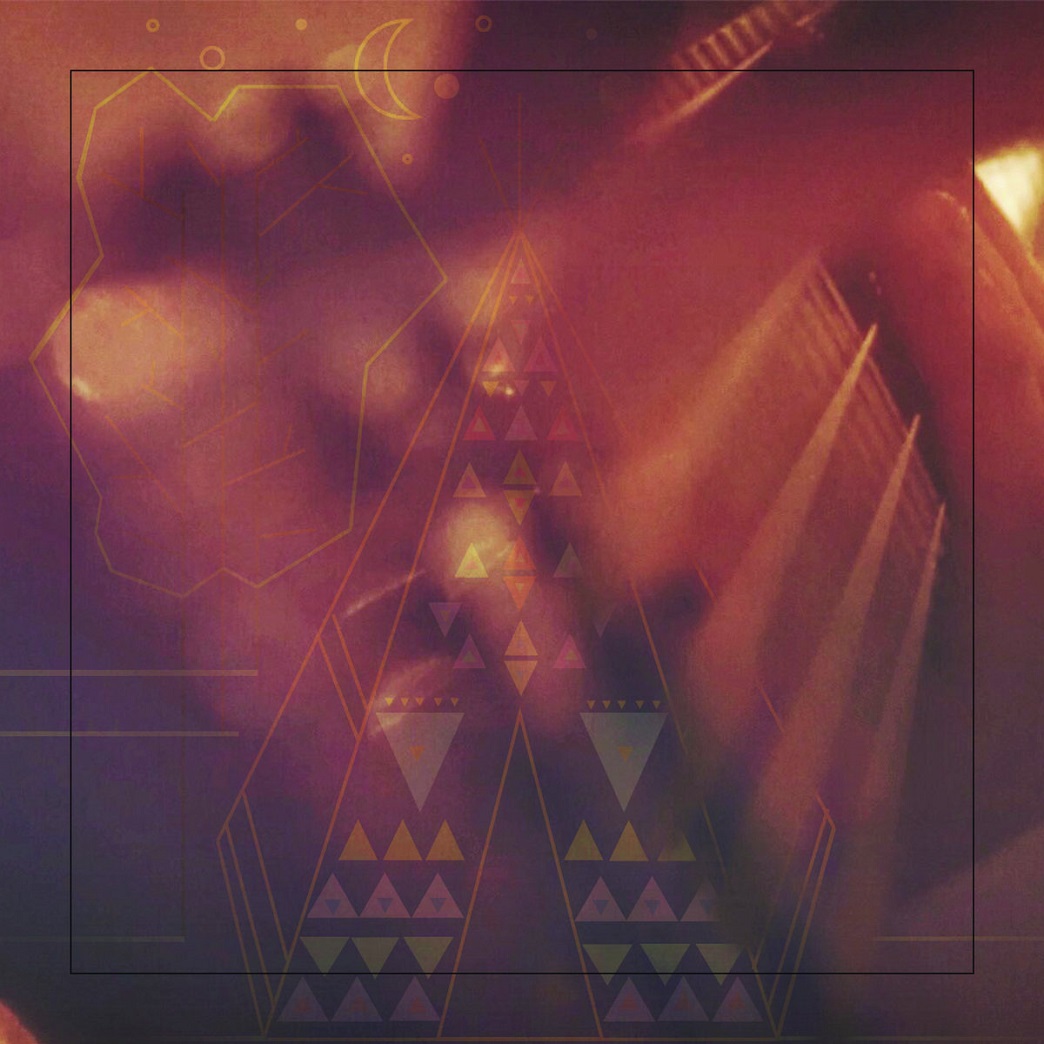 Platinum Tipi started out as a funny name for a band; one of the 1500 or so on my band name list. Then, over dinner with my friend Suzanna, it turned into the idea for a fundraiser/party for my upcoming album. Then it morphed into a progressive musician’s summit, of sorts, with a big group of forward thinking players from the area coming together with the goal of creating something new.

The setting is the house where I grew up, which is vacant and has been on the market a few years, but is an amazing piece of art in and of itself. And finally, Daniel Fox Johnston from Stillframe Storytelling got involved and had the idea to turn it into a video shoot.

The vibe was incredible, right from the start. The large, high ceilinged living room was packed full of gear, analog and digital synthesizers crammed into every square foot and musicians crammed in between. Kevin Timmons laid down a lush synth chord and things spontaneously took off from there.

About 20 minutes in, I noticed my computer had stopped recording. I checked, and my hard drives were completely full! I spent the rest of the evening deleting things from my computer to make enough room for another 15 minutes of audio here and there; but all told, only about a third of the session was recorded.

I plan to do this again, in a more formal and intentional fashion. I feel like we just scratched the surface of what is possible with this group of players. 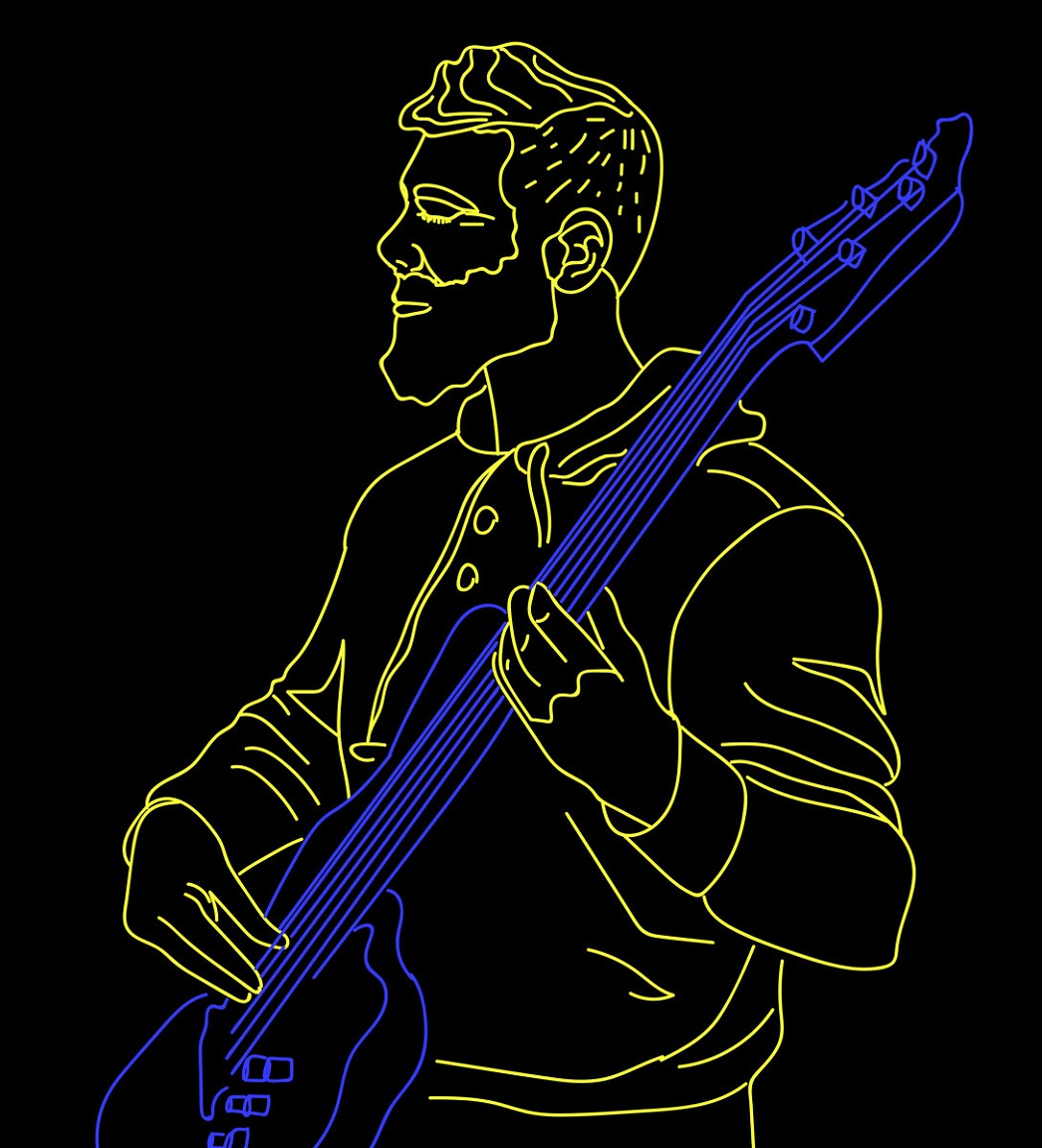 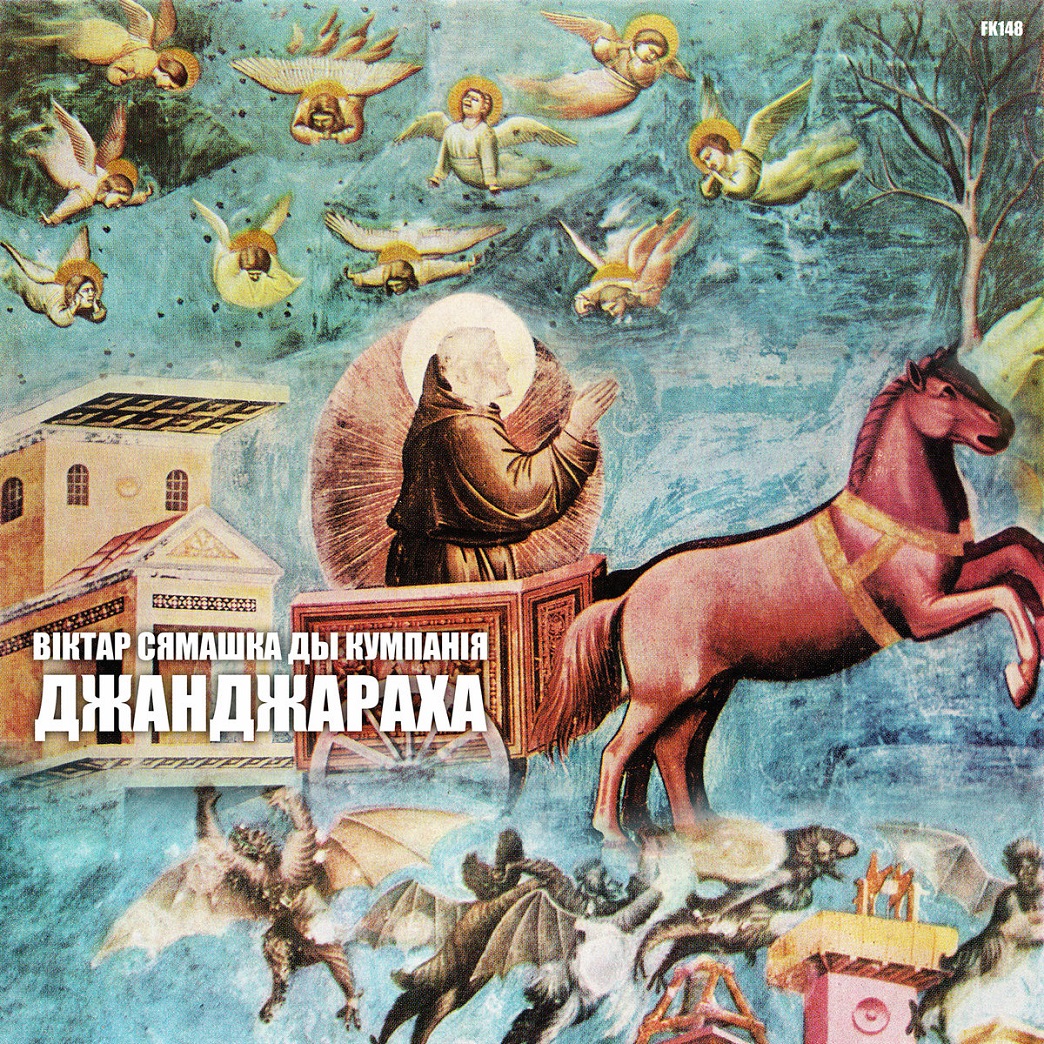 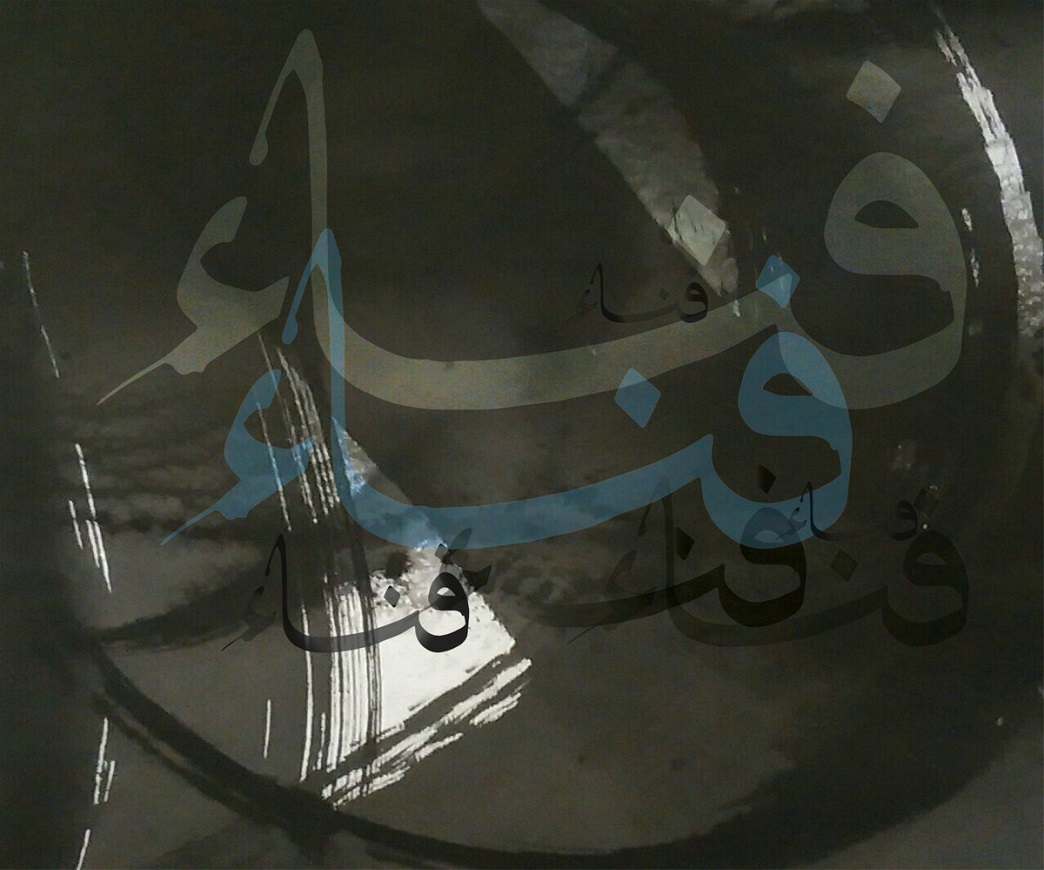 Ensemble Fanaa is the meeting point between myriad musical styles in the African American, North African and Middle Eastern traditions. Daro Behroozi (alto saxophone/bass clarinet), John Murchison (upright bass, gimbri) and Dan Kurfirst (drum set/frame drums) utilize their thorough experience in these musics to explore the possibilities of applying approaches learned from the traditions of African-American improvisation to an emerging global musical culture. This enables them to blend and shift through a diverse range of music making practices as they continue to develop a new rhythmic, melodic, harmonic, and sonic vocabulary, characterized by polyrhythmic drones, chromaqamatic extemporizations, and arrhythmic grooves. Their sound is often centered around the use of the gimbri, a bass-register instrument from Morocco that is primarily used in traditional Moroccan Healing/Trance music (Gnawa). 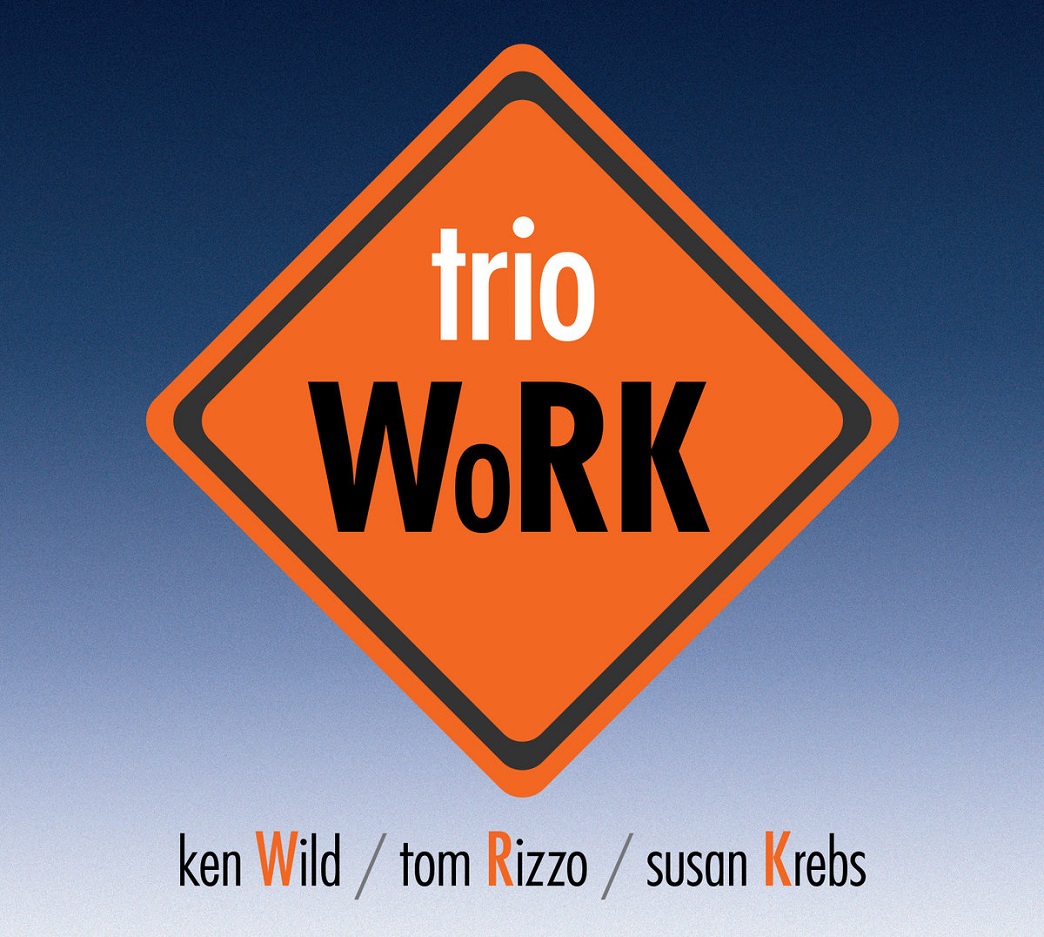 We three were instantly smitten at a serendipitous gig meet-up -- and "trio WoRK" was born! This recording reflects our work together -- so far! 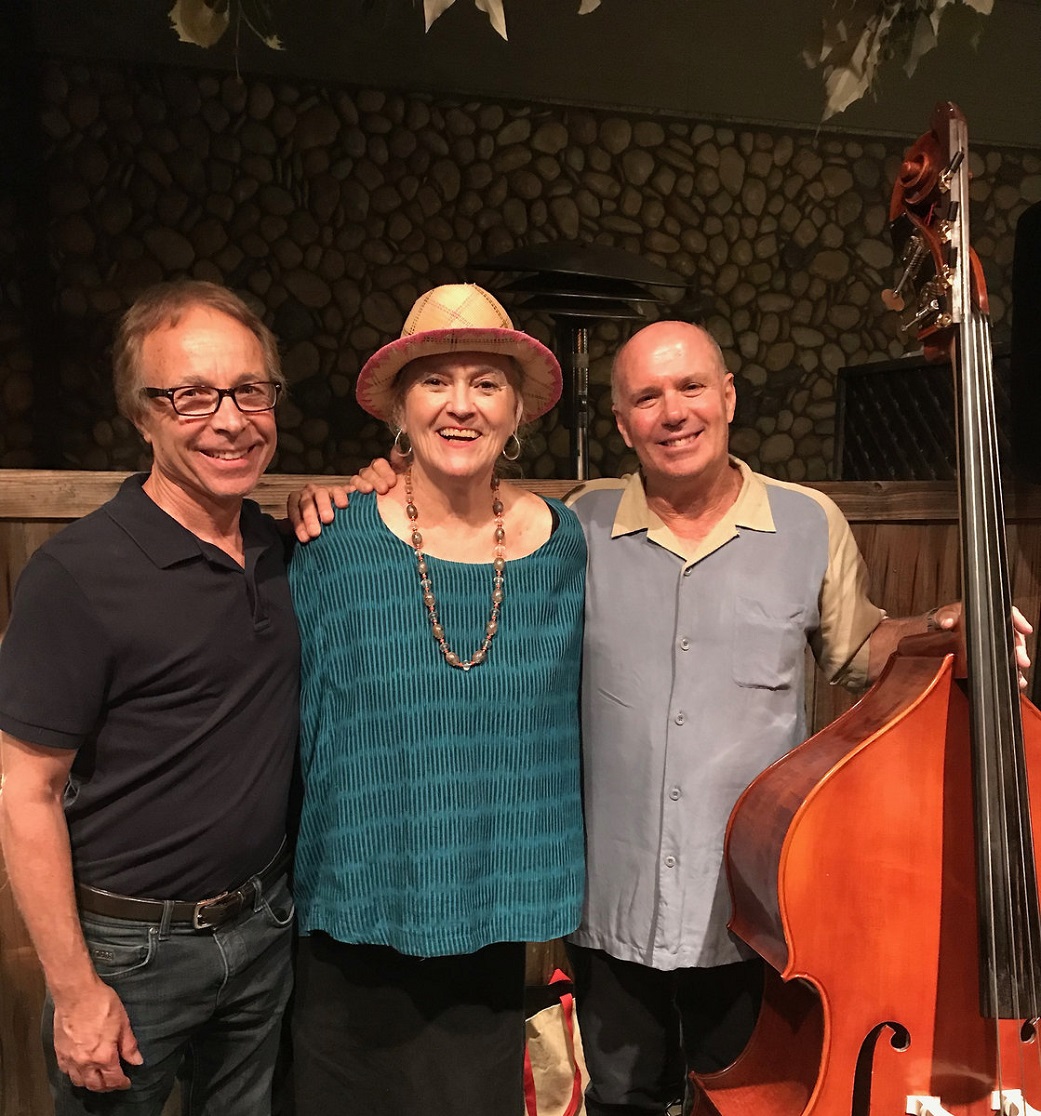 Ken Wild, has been an active studio musician since 1976 - in TV, film and many recordings. A founding member of the fine band Seawind.

Tom Rizzo, one of LA’s most versatile guitarists, and longtime composer - for commercials, radio, film & TV - including “In Living Color”, where he and Ken first worked together. Longtime actor, improvisor, vocalist, Krebs' passion has always been for the music. 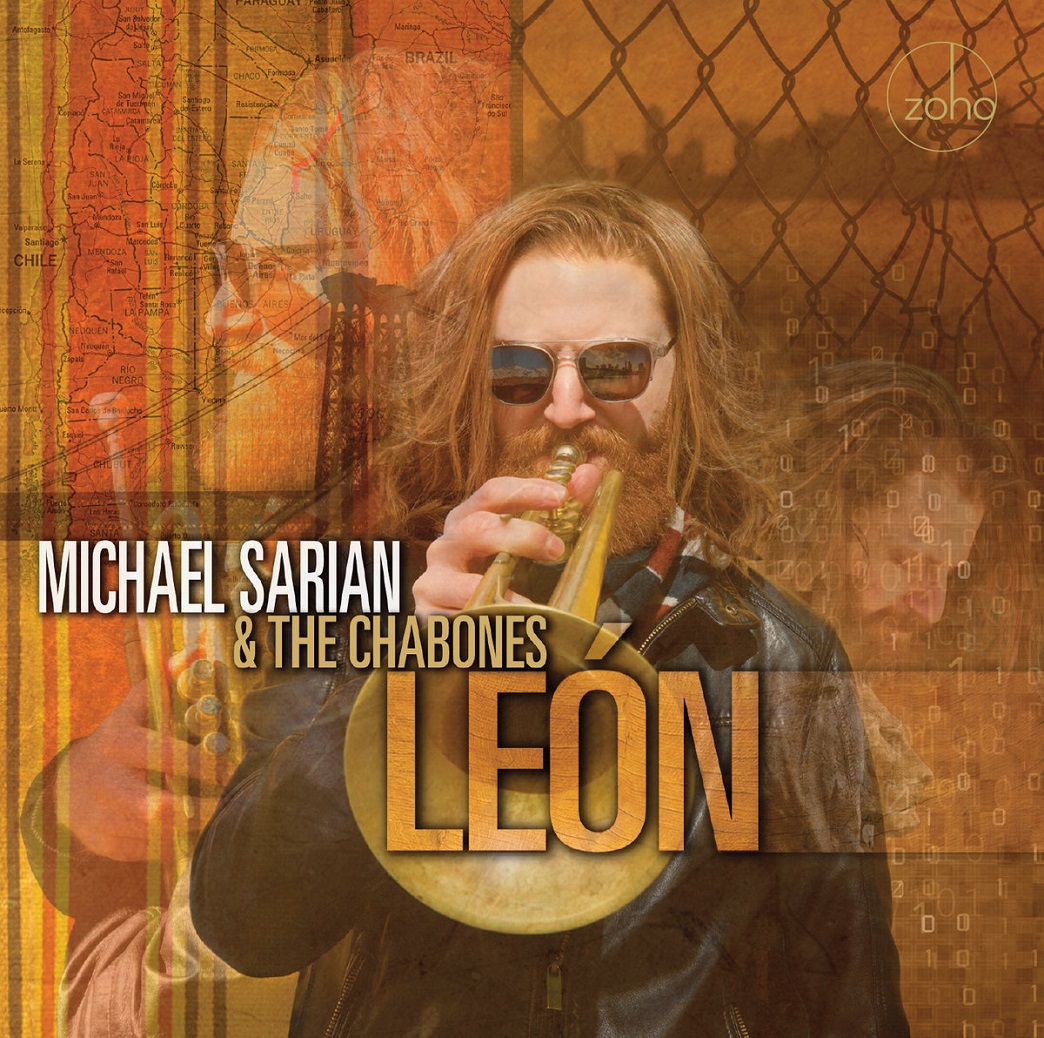 LUN·FAR·DO
/ˈlo͞onfärdo/
noun: from the Italian ‘lumbardo’, local dialect of Lombardy
a dialect or slang, originated and developed in the late 19th and early 20th centuries in the lower classes in Buenos Aires; associated with the tango musicians and culture.
“chabón is lunfardo for dude” 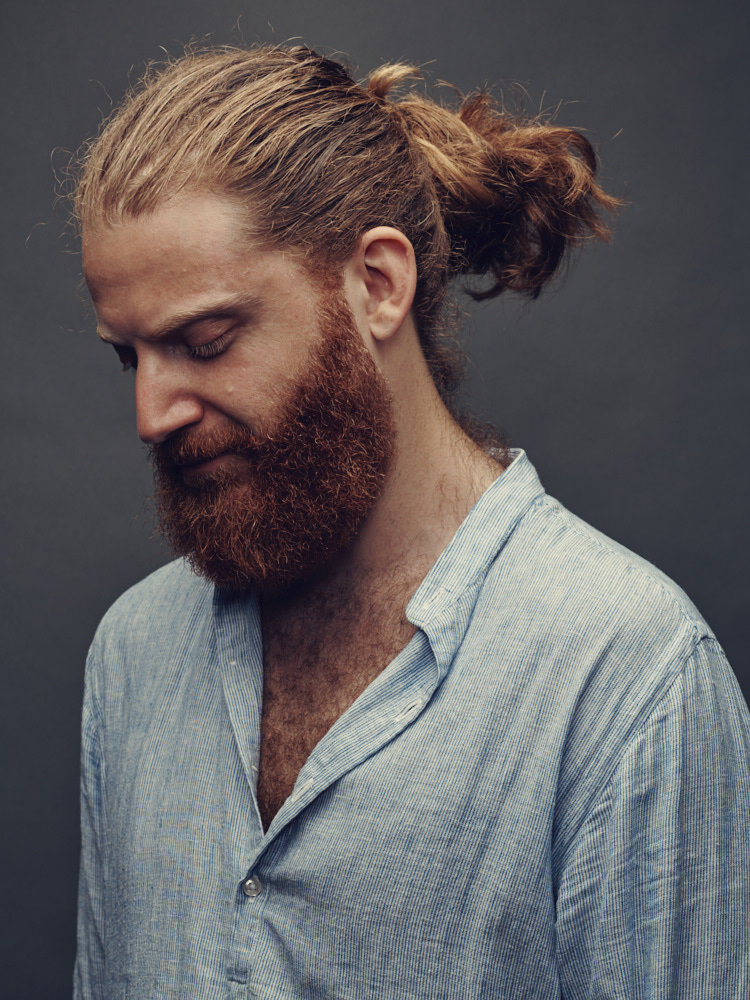 Albeit mostly playful, there’s a common stigma against gingers (people with red hair) throughout the world, and my home country Argentina is no different. Although they don’t believe gingers have no soul, and although they don’t believe gingers are vampires; they do believe they’re bad luck. There’s this saying, “Colorado Yeta”, which roughly translates into ‘bad luck ginger’ (yeta = bad luck; = yeta, Colorado = ginger). To be honest, I never felt discriminated against because of my red hair, but I did stand out. Originally, the album title was going to be Colorado Yeta, which is the more introspective track, melancholic, almost like a ballad. But I knew that non Spanish speakers would have a hard time pronouncing and understanding that title. Additionally, I didn’t want the whole album to have this defeatist vibe to it, so I thought about what positive twist I could give the fact that I am, in fact, a ginger.

Enter León (lion). Yes, I have long red hair and a beard, but the lion speaks to more than just my, or anyone else’s, appearance. It speaks to anyone who’s ever felt ‘less than’ for any reason, because they too can be a lion. The lion represents anyone who grows into who they are, and owns it. The album, although not chronological, is somewhat autobiographical.

Throughout the title track, we try to blur the line between playing in duple and triple meter, and eventually get into a chacarera sort of feel that does exactly that. It doesn’t hurt that Jim Piela plays an incredibly beautiful solo that makes us stop worrying about what meter we’re in.

The second track, No 3, is a feature for our drummer, Josh Bailey. The rest of the band holds out chords (voiced without the third), giving him plenty of space to play freely. The top voice of the chord progression spells out what I call the ‘colorado yeta’ melody, which also appears in the intro to Casquito, and in a way prepares the listener for it.

Casquito in Spanish means ‘little helmet’, but represents a life lesson I learned early on. I had a bowl cut until the age of 9 or so, courtesy of my mom. This wasn’t a popular hairstyle for a kid in Argentina, and needless to say I did get teased quite a bit, with kids calling me ‘casquito’. Until one day I came home crying, and told my mom I wanted a haircut. 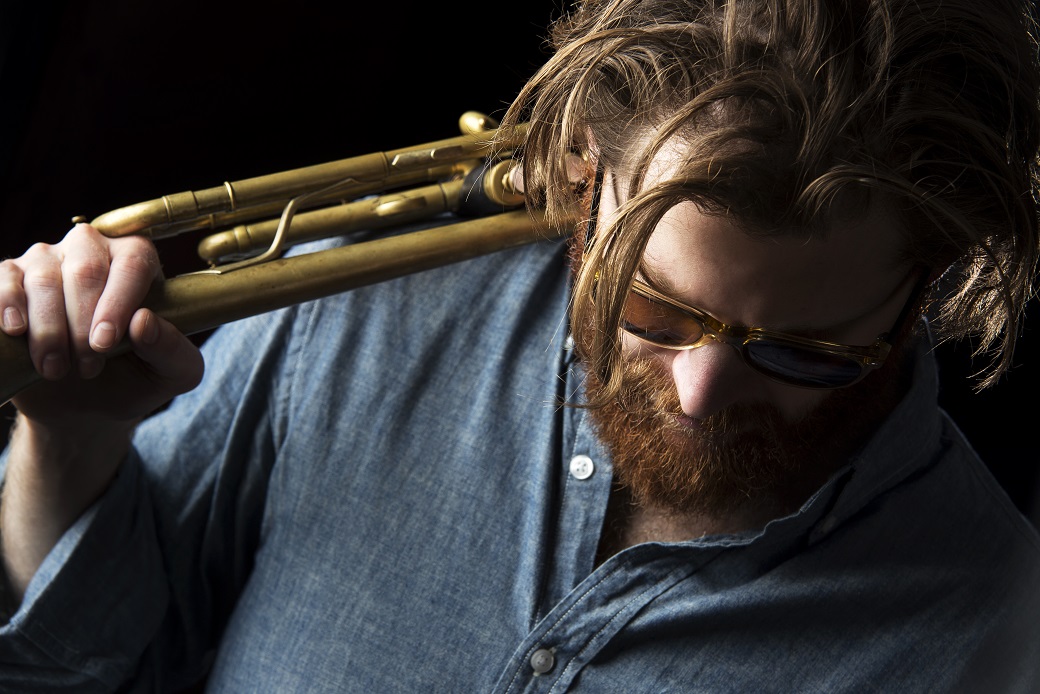 Next day I go to school feeling a lot better without my bowl cut, until I bump into this older kid (a friend of my brother’s) who looks at me, looks at my hair, and says one word to me before walking away: “Wimp.” He was right. Looking back, there was nothing wrong with my bowl cut, and to be honest, I looked better with it than with whatever random (read: standard) haircut I got. But I felt comfortable with it because it wasn’t different and I fit in. Life lesson: different is good. It’s actually great. But it takes a little courage sometimes, and what’s a lion without some courage?

My first album with The Chabones (although it’s credited as Michael Sarian, without & The Chabones) is called ‘Subtitles’, because when I was younger I mumbled a lot, and my friends would say they needed subtitles to understand what I was saying. I still mumble every now and again, and whenever I find myself mumbling, I sort of trail off and stop speaking. Understandably, this annoyed my ex-girlfriend, who would tell me to “use your words.” Your Words is a love song. It also breaks away from the more Argentine sounding rhythms of León and Casquito, and features straight eighth-note grooves, synthesizers and an epic tenor solo by Evan Francis.

In our previous album, ‘The Escape Suite’, our co-producer and engineer Luis Bacque put together this short remix of a bunch of tracks, sort of a mashup but not really. In retrospect, I should have included it in the album as a secret track. This time I wanted to do something similar, so we put together No 3 (Locust St. Remix) - because his studio is on Locust Street in New Jersey. We changed up some things, added some SFX, took out the horns and drums, and modified the ending. This is definitely the most experimental track of the record.

This is our third album, and it’s the one we took our time with the most so far. We workshopped the tunes over a longer period of time. We spent more time in the studio with Luis, tracking vocals and overdubbing keys and effects with Mike Verselli. We spent more time eating and drinking and talking about music.

I feel lucky to be able to make music with this group of people. My eternal gratitude to Jim, Josh, Mike, Evan, Trevor and Elad for not only playing my music, but for investing time and energy into making it better. Thanks to Luis for doing the same on the other side of the controls. And in addition to their love and support, thanks to my mother for giving me red hair, and thanks to my father for giving me a lot of it. - Michael Sarian

All songs composed and arranged by Michael Sarian.