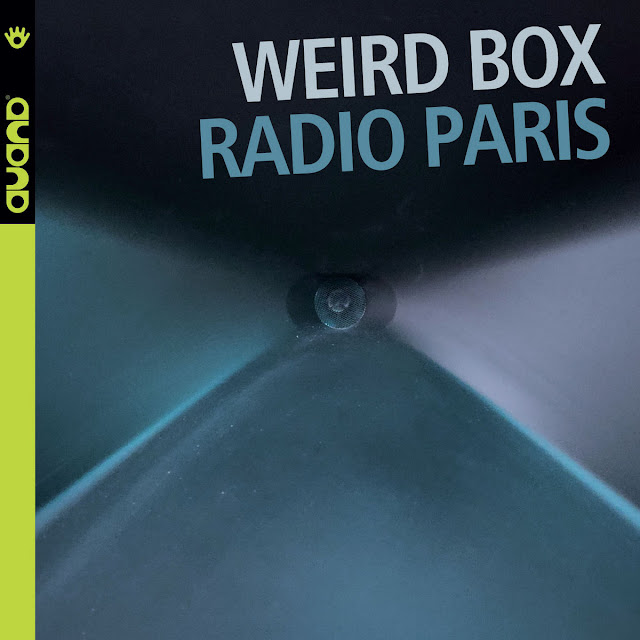 Weird Box, Radio Paris
A box full of surprises that highlights the need to listen to the edges
Out April 2nd on Auand, “Radio Paris” is the new album by Weird Box, a genre-defying trio that features sax player Francesco Bearzatti (longtime member of the Auand family), Bruno Angelini on piano, rhodes and keyboards, and Emiliano Turi on drums.
Fiercely original, Weird Box is a project that challenges imagination and creates music you can listen to with your ears and also with your feet. The three musicians share collaborations, mutual respect and a strong will to follow their ideas without any music prejudice.
«I’ve been playing acoustic music with Bruno for a long time – Francesco Bearzatti says – and to listen to him on keyboards is always inspiring. On the other hand, Emiliano is a precise and skilled master of drumming, and he also has lots of experience on electronic and underground music. I like to dive into different sounds with creative musicians. That’s why I’m here.» 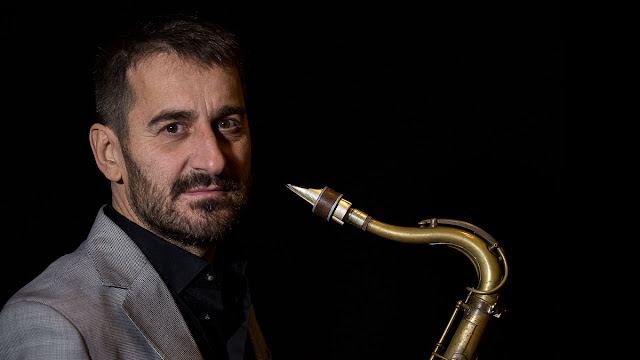 «Emiliano – Bruno Angelini adds – developed his own sound through his many music experiments, and has a great sense of tempo. Francesco is a fresh and unpredictable improviser, always ready to sing, dance and play in every context».
That’s why the name Weird Box fits well on Radio Paris. Their will to surprise is always intentionally down-to-earth, and willing to explore the daily life around the suburbs of Paris, where they all live and work.
«We picked the name Weird Box – Bearzatti adds – because we decided not to play any ordinary jazz or improvised music. We want to try something different, listening to the banlieu radio stations. Here is where the real differences are in the air. We all live in Paris. The music we play is jazz influenced by Paris suburban radio stations. These are poor neighborhoods, where you get to listen to a lot of rap and mostly electronic sounds. This allows us to communicate more easily with the younger generations, especially those who don’t attend music schools, music halls or jazz clubs. That’s why the album is called Radio Paris.»
All of this becomes naked melodies, powerful grooves, unleashed improvisations, unordinary electronic soundscapes – an energy always ready to explode, along with more dense, lyrical moments. It is a rich musical path, that is also rhythmically sharp and passionate, as well as filled with both collective and expressive tension, and yet geometrically balanced.
1 Why
2 Prince Of Crime
3 Déontologie Blues
4 Axis
5 Jungle 79
6 Friday
7 Hope
Francesco Bearzatti - tenor sax, clarinet
Bruno Angelini - piano, keyboards
Emiliano Turi - drums
Recorded at Artesuono Studio on september 22-23, 2018 by Stefano Amerio
Mixed at Studio Taitbout Paris on november 2018 by Emiliano Turi
Mastered by Chab mastering on february 8, 2019
Produced by Weird Box
Executive producer: Marco Valente
Cover photo by Marzia Truand 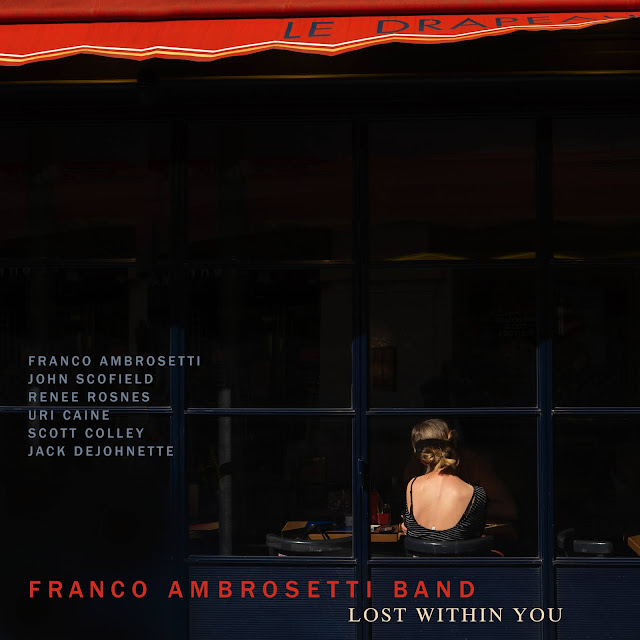 The outstanding trumpeter Franco Ambrosetti loves ballads. Over the years he realised that often less is more, and now he has recorded the ballads album 'Lost Within You' with the same dream line up as on 2019's 'Long Waves'. The result is one of the most romantic and sentimental albums of the great European trumpeters career. "Trust and communication were the main points of action for this collection of ballads by Ambrosetti, one of Europes great living jazz masters, and his world class crew" (Bill Milkowski)
1. Peace
2. I'm Gonna Laugh You Right Outta Of My Live
3. Silli In The Sky
4- Love Like Ours
5. Dreams Of A Butterfly
6. Body And Soul
7. People Time
8. Flamenco Sketches
9. You Taught My Heart To Sing
Franco Ambrosetti – Flugelhorn
John Scofield – Guitar
Jack DeJohnette - Drums
Uri Caine – Piano
Rene Rosnes – Piano
Scott Colley - Bass

Pre-order
Posted by Republic of Jazz a la dirección 7:15 PM 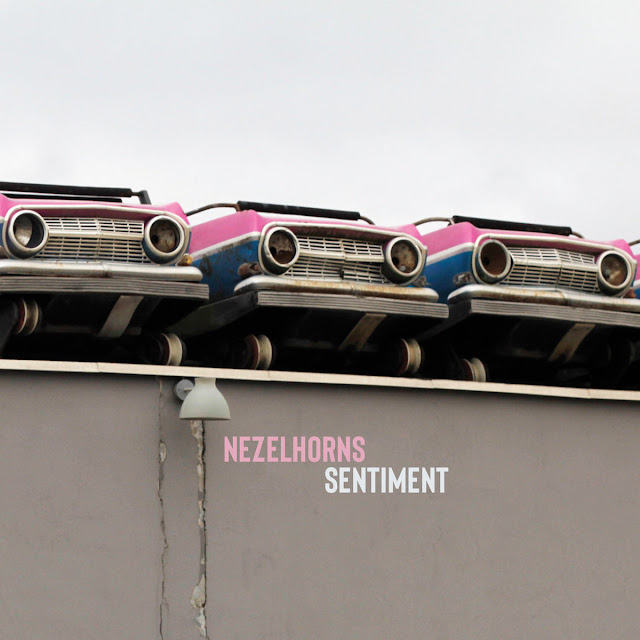 Nezelhorns is an experimental jazz quintet, which plays original compositions by Petter Hängsel and Nana Pi. The music has harmonic freedom creating soundscapes that both have a diatonic and dissonance character, where traditional and abstract grooves meet tonal and atonal melodies. The band plays with great emphasis on sound and improvisation and they are known for their rough and forceful expression. Sentiment is the follow-up of their debut release Nezelhorns In An Elephant String, which was described as “Jazz with genuine darkness” by DN’s jazz reviewer Johannes Cornell and “a very worth hearing record that is recommended!” by Jan Strand
1. Frontless 06:54
2. Sentiment 03:51
3. Ultra Magnus 06:56
4. Need No Leash 05:18
5. The Worst Case Scenario 06:33
6. Red Ballet Shoes 06:12
7. Moobs 06:12
8. Långsamt 07:12
Nana Pi - tenor saxophone & objects
Petter Hängsel - trombone
Erik Kimestad - trumpet
Johannes Vaht - double bass
Kristoffer Rostedt - drums
Recorded and mixed by Tobias Ekqvist at Sunnanå Studio
Mastered by Markus Nilsson at Sunnanå Studio
All compositions by Nana Pi, except 1,3 and 8 by Petter Hängsel
Artwork by Håkon Berre
Released with support from DJBFA and Koda Kultur

Pre-order
Posted by Republic of Jazz a la dirección 2:00 PM 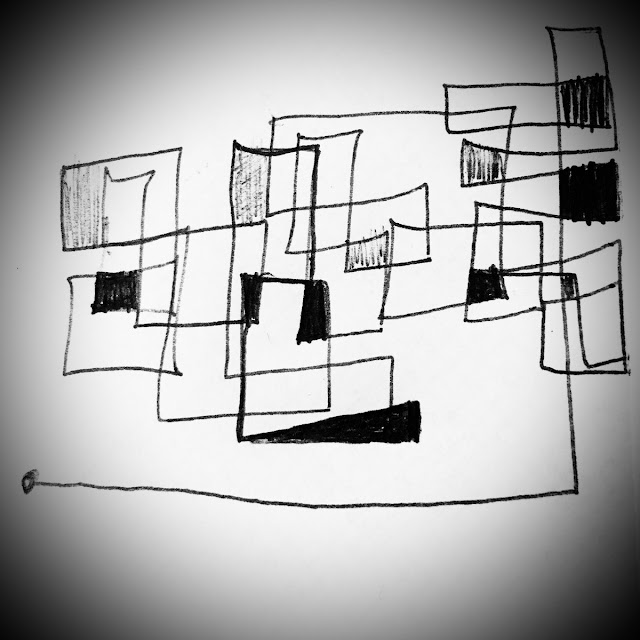 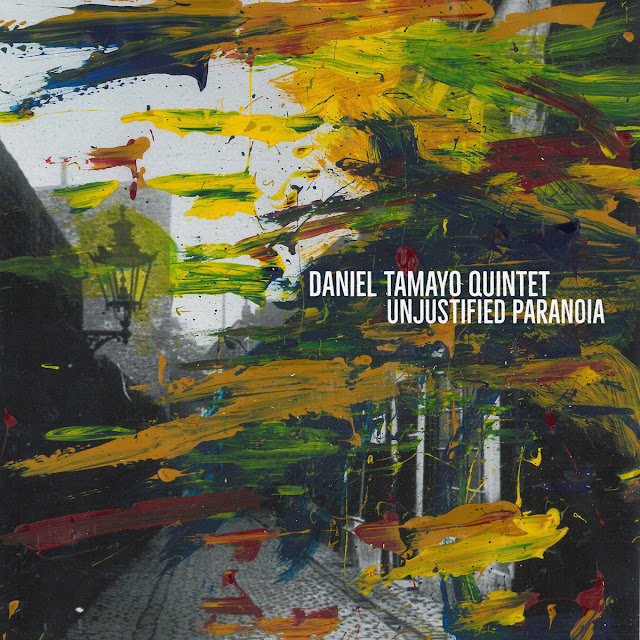 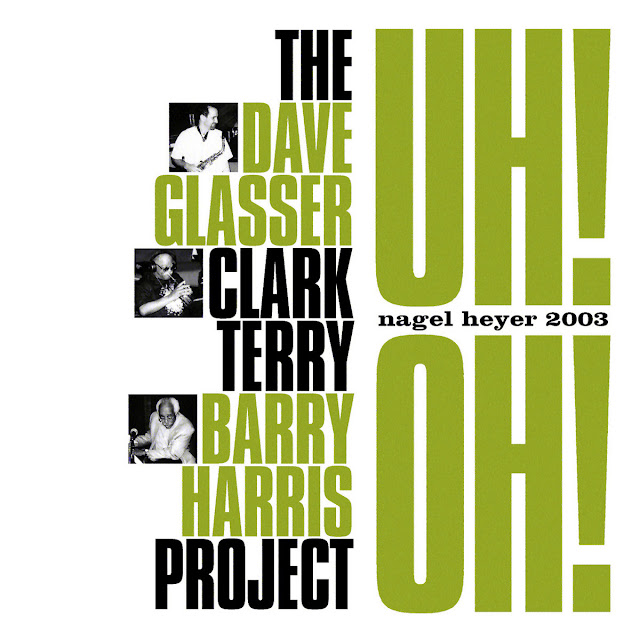 Alto saxophonist/composer Glasser's project band is loaded with stars that shine brighter than his own, and this elevates his cachet to a very high level. Trumpet veteran Terry and peerless pianist Harris are joined by bassist Peter Washington and unsung drummer Curtis Boyd. Guests include trombonist Benny Powell, tenor saxophonist Frank Wess, and a pair of cameos from trumpeter Roy Hargrove. Glasser wrote eight of the 13 selections. There are several tracks that feature all four horn players, who swing effortlessly together on "The Intimacy of the Blues." Glasser leads as the rest nod in counter-harmonic agreement during Duke Ellington's "Blue Rose" and the "Foggy Day"-stylized Glasser original "FNH," and they collectively swing their posteriors off on "Jumpin' at the Woodside."
The leader can bop with the best, wailing in deftly pronounced Phil Woods fashion for Thelonious Monk's "52nd Street Theme" with the witty ramblings of Harris, while the steaming, straight-ahead "Powell's Prance" pairs Glasser and Wess -- the alto being dominant -- with a short, mushy trombone solo and individual statements by Washington and Boyd. Hargrove's features with Glasser and the rhythm section are the darting unison, loose, and swinging line of the smartly titled "Bye-Yard" (assumedly for Jaki Byard) and Glasser's original ballad "Charise."
Terry's upfront shot on flügelhorn uses Glasser on the second line of the torch song "The Nearness of You," which doubles time on a counterpointed bridge. Glasser and Terry's muted trumpet trade and talk back riffs in great chit-chat banter with zeal and zest on the title cut, the funnest of swingers. Glasser's thinly veiled vibrato wavers on the sexy ballad "Tranquility" while his lilting legato is displayed to good measure during the quick samba "A Touch of Kin."
This is an excellent grouping of top-notch jazz musicians who have come together for the sole purpose of playing great music, and they succeed on nearly every count. It's also a great achievement for Glasser and another reminder of how wonderful Terry and Harris continue to be. Highly recommended. AllMusic Review by Michael G. Nastos
1. Uh! Oh! 07:12
2. Bye-Yard 04:45
3. A Touch of Kin 06:15
4. Intimacy of the Blues 06:06
5. Blue Rose 05:07
6. Charise 04:23
7. 52nd Street Theme 03:54
8. FNH 05:15
9. The Nearness of You 04:36
10. CT 05:29
11. Tranquillity 05:11
12. Powell's Prance 05:15
13. Jumpin' at the Woodside 03:03
Dave Glasser - alto sax
Clark Terry - trumpet, flugelhorn
Barry Harris - piano
Frank Wess - tenor sax
Benny Powell - trombone
Roy Hargrove - trumpet
Peter Washington - bass
Curtis Boyd - drums
Recorded June 1999 at Nola Recording Studios, New York City.

Pre-order
Posted by Republic of Jazz a la dirección 2:00 PM 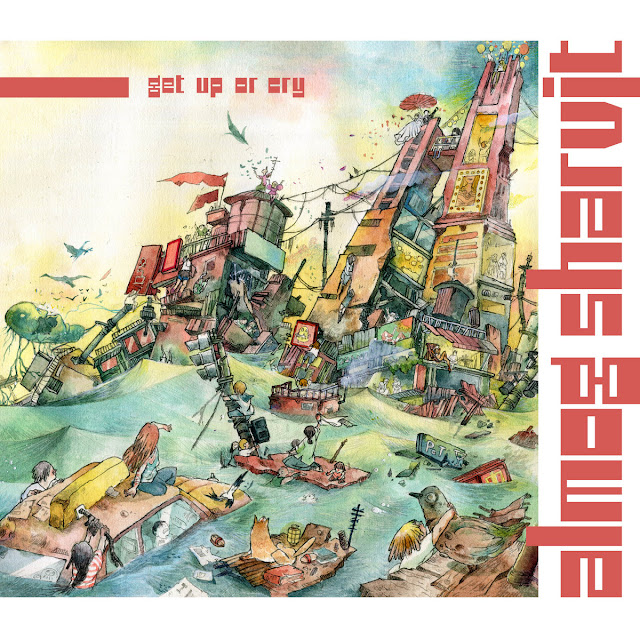