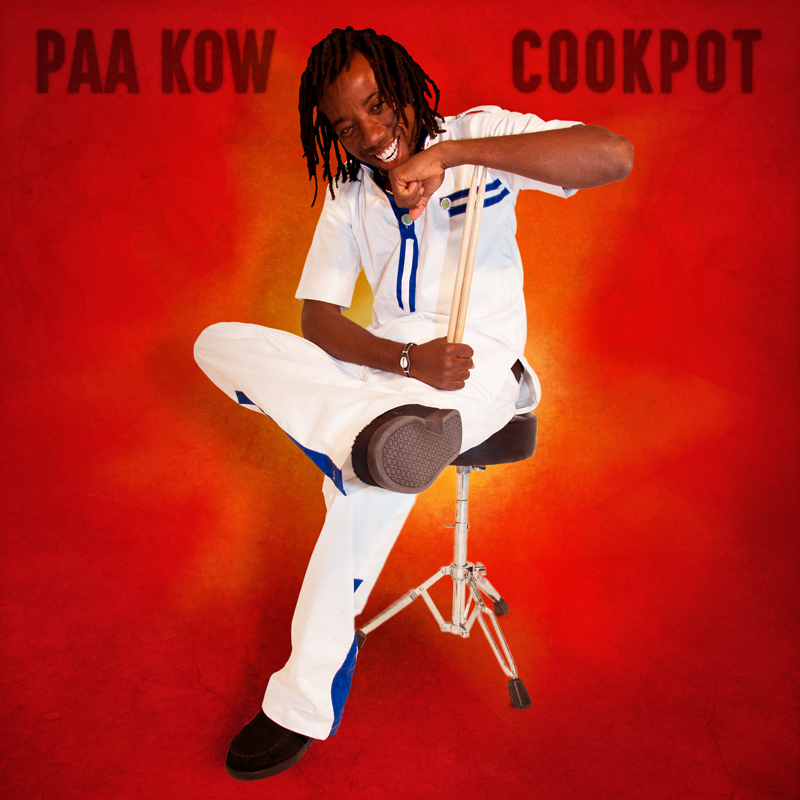 New album and US tour: 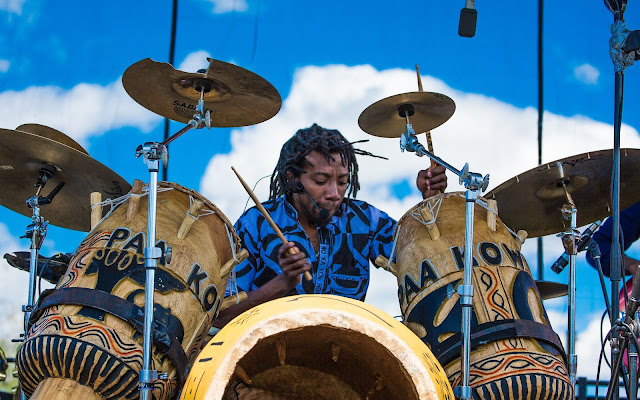 Colorado-based drummer Paa Kow speaks a dozen musical languages, from the deep rhythmic traditions of his native Ghana to the patois perfected by the likes of George Clinton and George Benson. “My music isn’t traditional, but it has deep roots. I want to invent my own style,” he explains. “The highlife music is there, but when you listen, it’s kind of jazz, too. It’s funk. It’s the way the music comes to me.”

Whatever the style, Paa Kow’s tracks hit the sweet spot between addictive groove and delectable complexity on his latest album, Cookpot (release: October 13, 2017). Lines shift and lock, all entwined with Paa Kow’s effortless precision, showcased prominently on solo track “Details.” “Forced Landing” switches from funk to highlife and back again, while tracks like “P𝛜t𝛜 P𝛜t𝛜” and “Meetu Ehum” speak loudly to Paa Kow’s Ghanaian side.

“I feel like music is all about the ingredients. You have different backgrounds, someone from the US, from Europe, from Ghana,” muses Paa Kow. “Then the pot part, that’s the container, the way the groove set. It’s like something’s boiling on the fire. The whole album brings together all these different energies and inspirations together.” 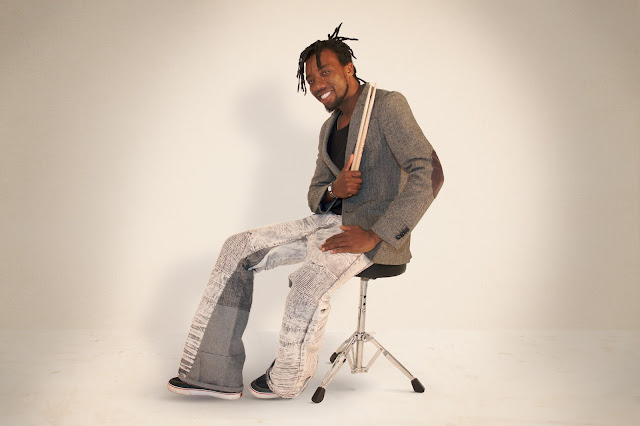 Paa Kow knows how to harness these varied energies, blending differences in his own unique way. Two years ago, for example, Paa Kow headed back home, to rural Ghana. He wanted something rare: A traditional drum set. Paa Kow knew exactly what size, what drums. He tracked down a drum maker who was up to the task.

“We had talk a lot about it. It was hard to find a bass drum that big. The makers told me ‘We don’t think we can get this for you,’” Paa Kow recalls. “One day, I woke up and they told me they had found a tree. The bass drum is made from a single tree. It gives me a really nice sound that I love. It’s the same drum kit I used on the album.”

Paa Kow was used to crafting his own kit, something he did obsessively as a small boy, using whatever he had on hand, old buckets, cans, sandals, anything. From a musical family, he grew up living and breathing music, to the point he would stow away in a bass drum in hopes of getting to gig with his relatives instead of going to school. With time, he became a regional whizkid, eventually landing in Accra and gaining a reputation for astounding playing, despite his youth.

There he met another young percussionist, American Peyton Shuffield, who was visiting Ghana as part of a semester abroad. He kept hearing about this young, brilliant drummer and sought out Paa Kow as a teacher. The two hit it off. Their friendship opened a door for Paa Kow, who came to Colorado at first to teach, and then to live and play.

He settled in the Denver area and decided to start a band to play his original music. “I had lived in Ghana my whole life. I’d played with successful bands and toured Europe. But I trusted this was what I wanted to do. I wanted to spread my music,” says Paa Kow. “I love Colorado, and there’s lots of opportunity if you want to take advantage of it. I’ve played with a lot of different musicians, and some of them come and go. But I write my own songs, and gradually it’s leading me where I want to be.”

Where he’s going requires fellow travelers, ones passionate about learning all they can about Paa Kow’s musical worlds. “I believe that music is a language. But it’s not universal, you have to learn it. You learn, oh, you don’t say that in our language. It’s a conversation. You don’t have to be from Ghana, say to learn my language,” notes Paa Kow. “When the musical skills are there, I have been able to get American musicians to speak the same language I speak. They love what I do, and what they do. It makes it a lot easier.”

Dedication to music “is like breathing,” adds Paa Kow. “I didn’t go to music school to start playing. The more I learn, the more it comes to me. I love every minute of it.” 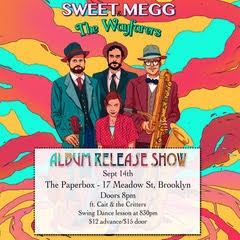 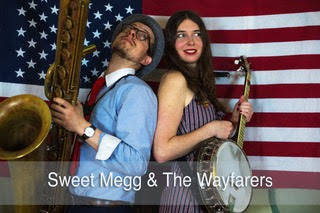 Sweet Megg & The Wayfarers bring humanity and spontaneity to their shows, creating music people can relate to. Inspired by blues, gypsy jazz, country, and modern jazz, the band has a sound that it’s truly their own: vibrant, modern, and eclectic but honoring the great musical greats of the past.

“We selected 'Here Comes the Man with The Jive" cause we are really a live band and we thought that this tune captured our live feel the best.  We are known at our live performances to get rowdy and get the crowd going, particularly with this number.  We did a few takes  in order to really capture the live feel.  Everything was recorded live in the studio.  This is the tune we usually end our sets with cause it gets the crowds going." says Megg Farrell (Sweet Megg). 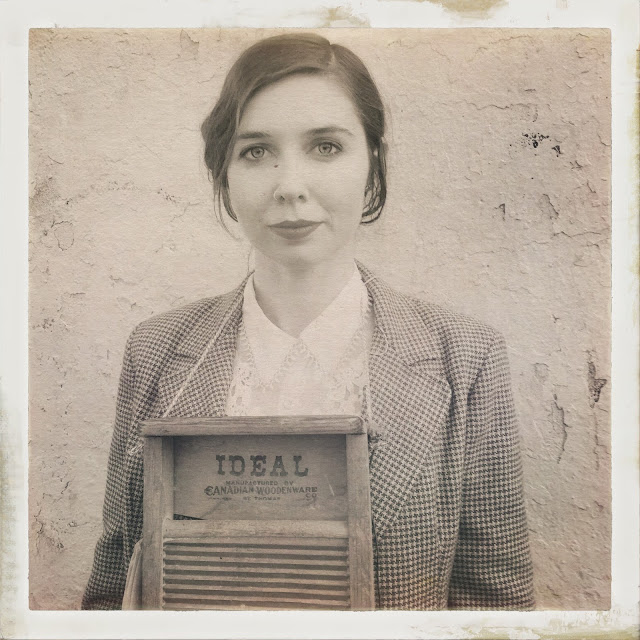 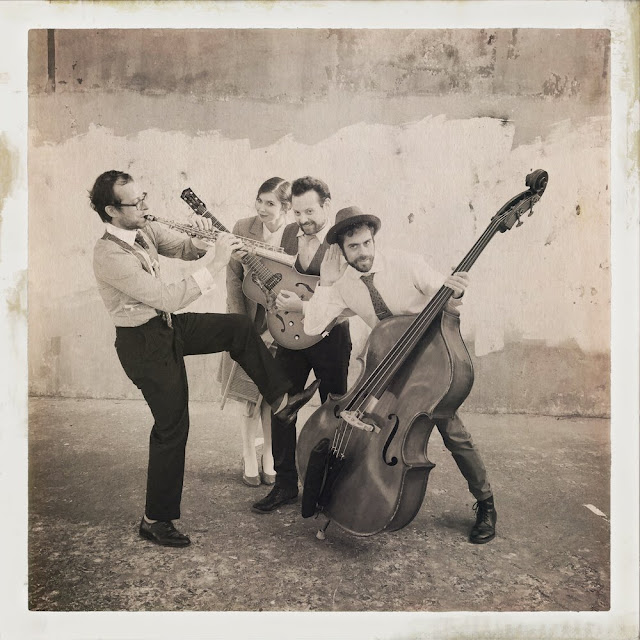 The band has have been a mainstay of the NYC jazz scene since their debut in 2012. Holding residencies at The Standard Hotel, House of Yes, The Wayland, St. Mazie’s, and The Belfry.  This fall will debut their first full length album, they will celebrate with an intimate album release show at The Paperbox on September 14th!  Special guests and a swing dance lesson at 8:30 by Cait and the Critters are also part of the bill! 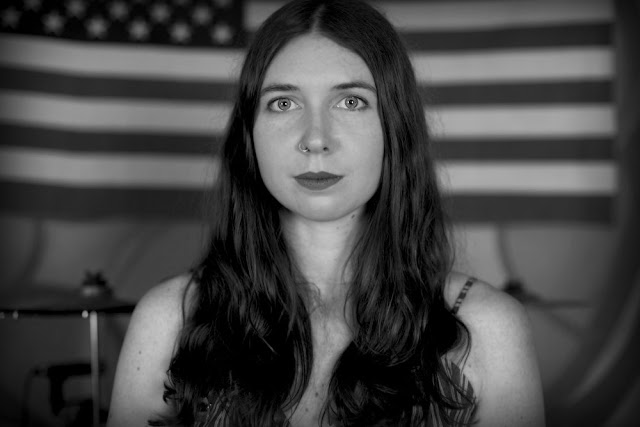 Born in Manhattan, raised in New Jersey, matured in Paris, Asheville, and Brooklyn, Megg Farrell's music encapsulates all of her travels and experiences into one beautifully eclectic blend of honest simplicity and musical sophistication.