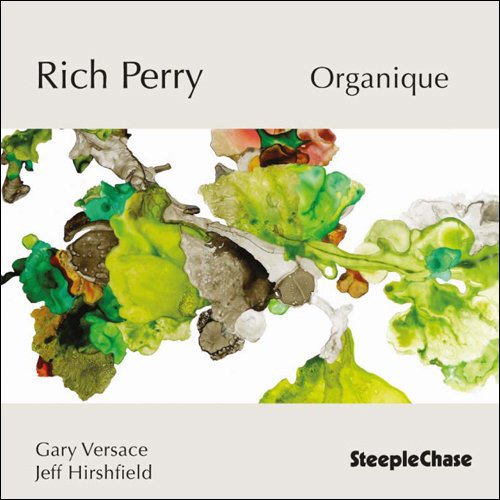 As Rich Perry’s previous release “Nocturne” deviated the standard quartet configuration by replacing piano with guitar, on this his 22nd album Rich tries something new again: an organ trio. With his two long-time creative partners (Gary Versace at the keyboard and Jeff Hirshfield on drums) Rich Perry opens a new chapter of the art of jazz improvisation. 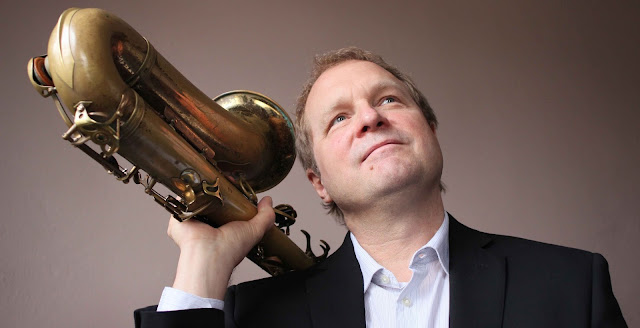 2. I Didn't Know What Time It Was
Composed By – Rodgers & Hart

6. Dance Of The Infidels
Composed By – Bud Powell 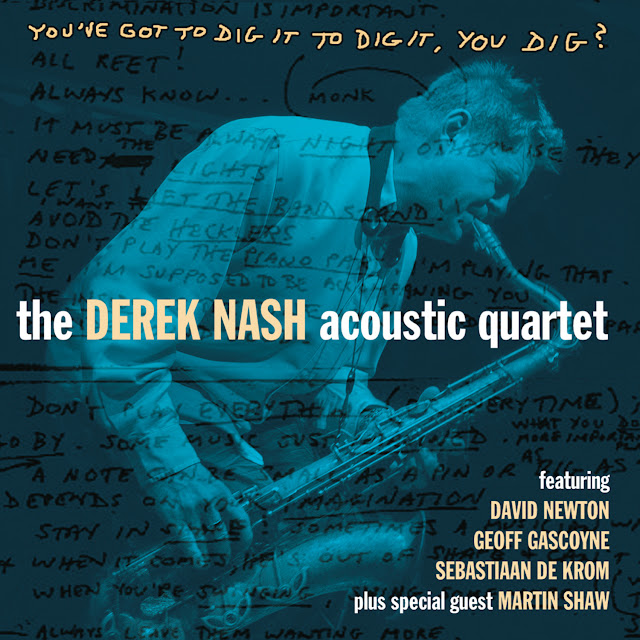 If you’ve heard Jools Holland’s Rhythm & Blues Orchestra, you’ll have heard Derek Nash. He’s a prominent member. But to get some idea of the sheer breadth of his accomplishment as a saxophonist, composer and bandleader, you should hear this. From smooth cool to groovy funk, to ingeniously recast standards, to one quite gorgeous ballad, the music fizzes with energy, even at its most restrained. Pianist David Newton, bassist Geoff Gascoyne and drummer Sebastiaan de Krom complete the band, along with guest trumpeter Martin Shaw, and it all goes to show what five brilliant jazz musicians can do when left to get on with it. The album title, in case you wondered, is a quotation from the collected wit and wisdom of Thelonious Monk. 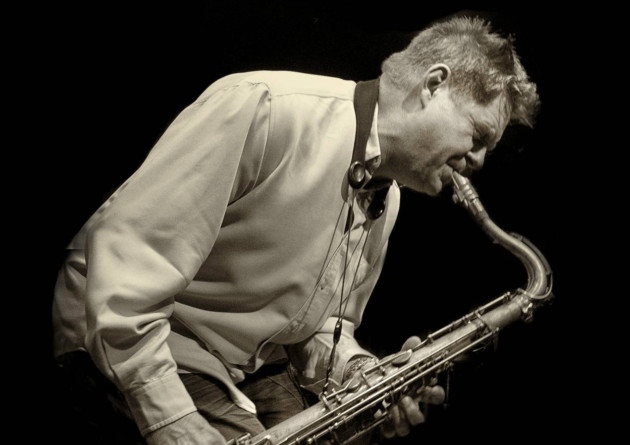 Secret Love
Let Some Things Go By
You've Got To Dig It To Dig It, You Dig?
Time Lag
Swing Thing
Homecoming
Vertigo
I'm Getting Temperamental Over You
Winter Solstice
Keep It To Yourself
Morning Glory 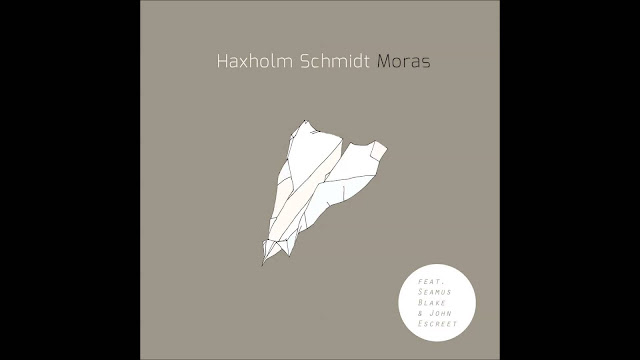 Haxholm Schmidt is the bassist’s co-led group with drummer Rasmus Schmidt. For Moras (it’s both a wordplay of Morton and Rasmus, but also means messy or entangled in Danish. Haxholm stresses the delights of a mess – in a good pawn shop, for example – rather than suggesting the music is insufficiently thought through) the rhythm pair wanted to play with two players they admired and so booked a studio in Brooklyn and made sure saxophonist Seamus Blake and pianist John Escreet could be there.

Made in the old classic jazz style of a single session (in this case an intense five hours in the studio) the chief bonus is the fresh feel of the encounter. But clearly with musicians of this calibre, a quick in-and-out doesn’t have to mean the material or the results are simple.

Brazen has a fast and tricky theme but minimal chords so the improvisations need to be highly inventive – and Blake and Escreet make damned sure they are, with the latter’s solo in particular being a highlight, both for its developing drive and the support Haxholm and Schmidt bring to it. Blake’s marvellous, almost vocal tone is highlighted in the increasingly impassioned ballad Umber, and the Haxholm gets a few moments in the limelight in Cognitive Dissonance which is in fact far less dissonant than one might expect, and a particularly impressive, fleet-fingered solo on Miyagi.

If Morten Haxholm has a fault it is that, taking both albums together, he stays in the background quite a lot of the time, but that is probably the result of his clear enjoyment and value as a vital support player as well as his admiration for all his fellow musicians, and players like Lund, Blake and Escreet in particular. And generosity is never really a fault, is it? 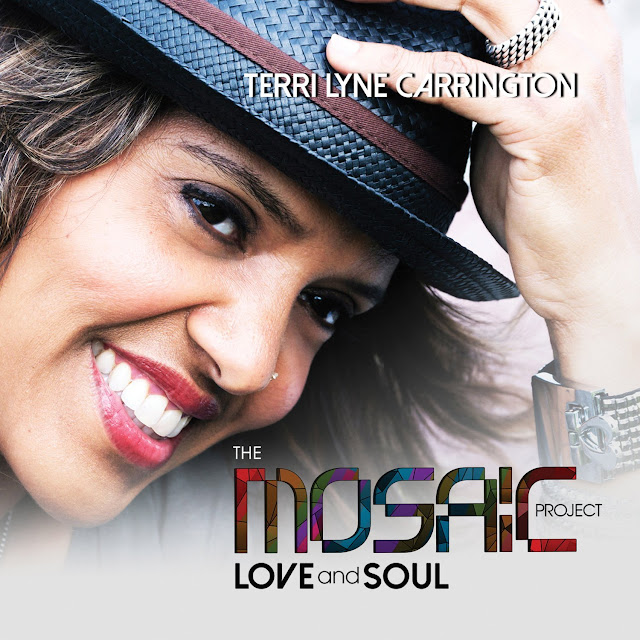 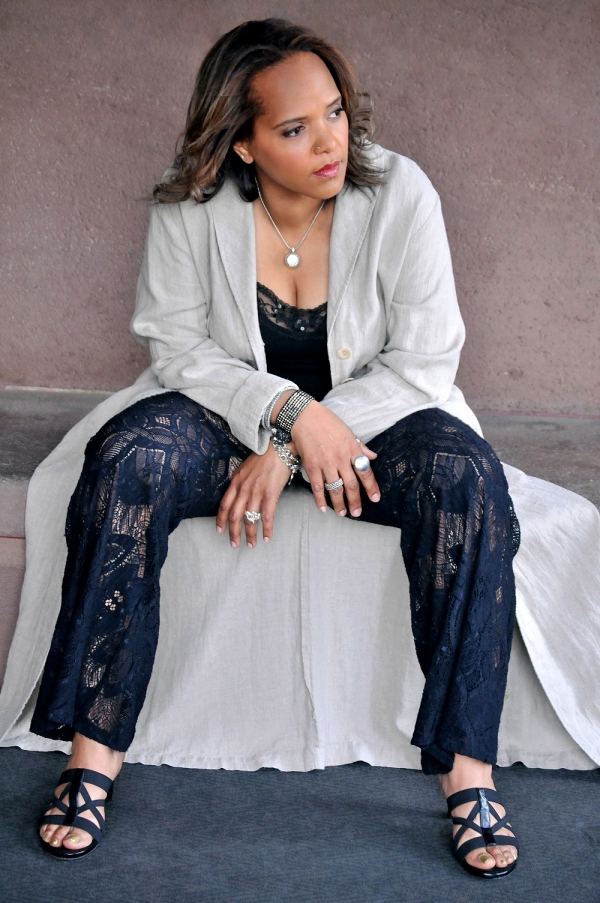 A few years ago, the drummer, bandleader, composer and producer Terri Lyne Carrington won her first Grammy, for best jazz vocal album. The album was “The Mosaic Project” (Concord Jazz), which highlighted a regal procession of guest talent — heavy-gauge jazz singers like Carmen Lundy, Cassandra Wilson and Dianne Reeves — along with an estimable all-female band.

Conditions have changed a bit for Ms. Carrington since then: She now stands dead-center on the Grammy radar, having also won the award for best jazz instrumental album last year. (She was the first woman ever to win in that category, a fact worth chewing on for a moment.) So Ms. Carrington’s new album, “The Mosaic Project: Love and Soul,” comes preloaded with a proven format and a set of expectations.

The subtitle can be taken more or less at face value: to the extent that “The Mosaic Project” was a jazz-vocal album, its sequel delves into romantic, quiet-storm R&B. Here, then, is Oleta Adams, purring her way through the Luther Vandross hit “For You to Love.” Here, too, is Chaka Khan, drawing out her smoky phrases in a slow-funk take on Frank Sinatra’s “I’m a Fool to Want You.” And Natalie Cole, striking a pop-gospel tone on a buoyant drum-and-bass revision of Duke Ellington’s spiritual “Come Sunday.”

Ms. Carrington is a seasoned adept in the studio, and her production sounds lush and crisp. Where she pushes herself is in the songwriting: Half of the tracks bear her credit, either alone or with partners like the soignée jazz singer Nancy Wilson, who contributed to “Imagine This,” a persuasive argument for rekindling distant youthful passions. (“And if we dare go back again,” Ms. Wilson proposes, in a sensuous half-whisper, “our finest years are still ahead.”)

It’s no longer necessary (if it ever was) for Ms. Carrington to explain her reasons for stocking these albums with female musicians. But it’s hard to understand fully her motive for bringing in the actor Billy Dee Williams as a kind of masculine counterweight, a smoldering yang to the music’s yin.

“Women have always been very much a part of my life,” he intones at the top of one track, “and I don’t mean just from a sexual point of view, but in a very beautiful, wonderful way, actually.” You don’t say. By NATE CHINEN / The New York Times 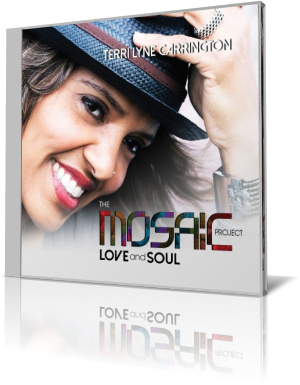 Then comes the romantic side of jazz. Drummer Terri Lyne Carrington dives deep into the realm of charm, affection and personal relationships with The Mosaic Project: Love and Soul (Concord Records, 2015).

The lone male listed is actor Billy Dee Williams, who narrates some tracks. Star power is the selling point for this set. The singers are immensely popular, and the song selections pay homage to several songwriters whom Carrington counts among her influences. Among them are Duke Ellington, Frank Sinatra, Marcus Miller, Luther Vandross, and the team of Nicholas Ashford and Valerie Simpson. Carrington also composed six songs for the album, partnering with Wilson and Simpson for the songs they lead.

“Come Sunday,” one of the songs narrated by Williams, is one of the jazzier pieces. Fuller and Bellamy get a moment out front during the instrumental break, and Cole shifts from lyrics to scat during the fade.

Khan leads “I’m a Fool to Love You” and complements Postma’s solo with vocal fills. Carrington’s background drumming is superb. Smith’s bass line adds a bit of funk. Other standout titles include “Imagine This,” “This Too Shall Pass” and “Get to Know You.”

Love and Soul has a strong R&B lean. But if you listen to R&B or “urban” radio, you haven’t heard music like this since the 1970s. It’s not jazzy from the perspective of extended instrumental breaks, but unlike contemporary R&B over the past 25 years, the musicians all play significant roles in supporting the vocalists. Every player gets noticed without necessarily having a solo. This is the kind of album that’s perfect for the listener who wants to hear everything, from the congas to the rhythm guitar to the subtle changes employed by the bassist or the drummer. 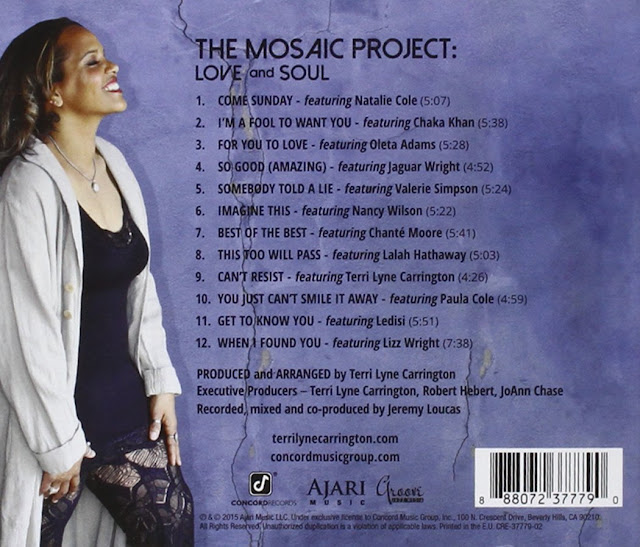 Posted by Republic of Jazz a la dirección 1:30 AM