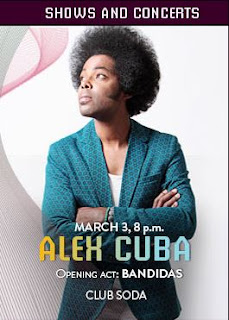 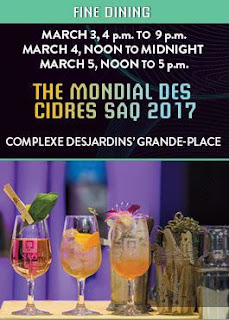 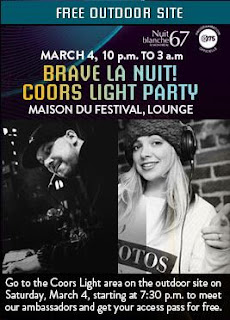 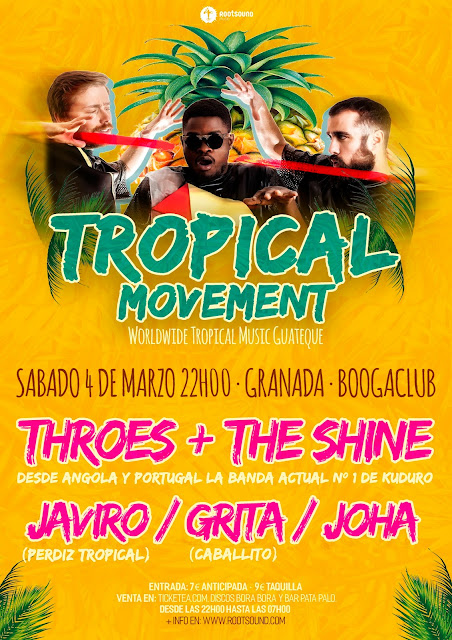 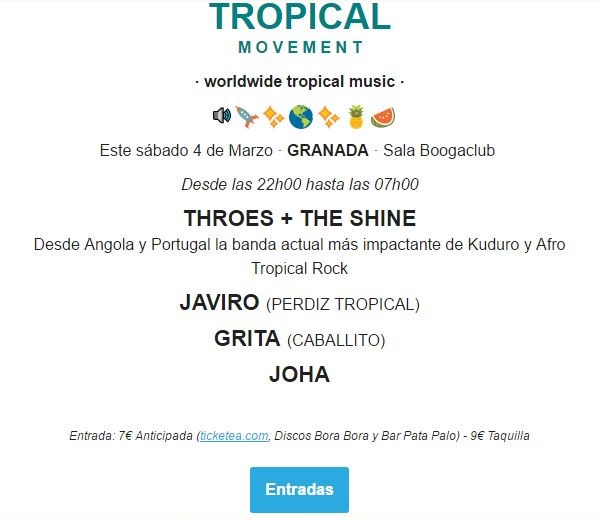 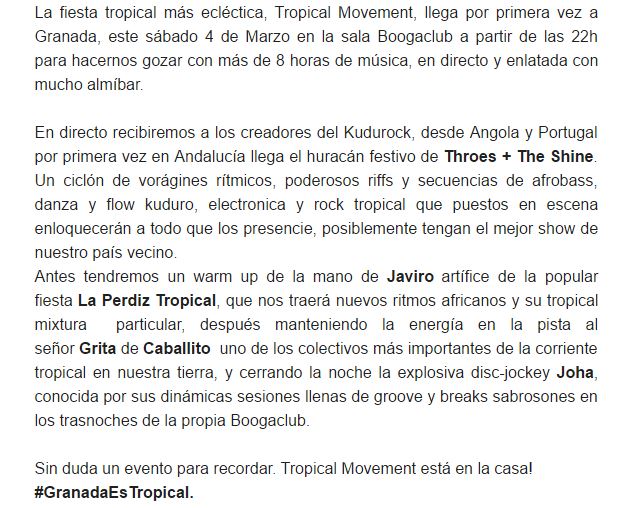 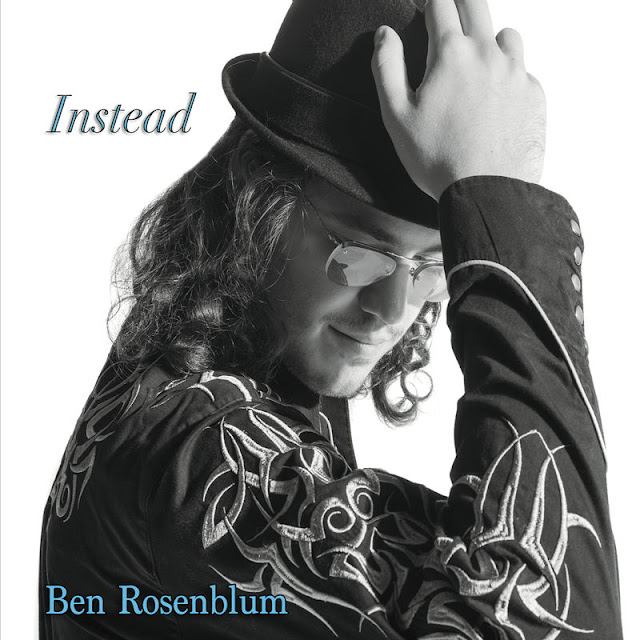 One Trick Dog Records is pleased to announce the release of Instead, the debut album from New York pianist and composer, Ben Rosenblum. The album features six original compositions with legendary drummer Billy Hart (renowned for his work with Herbie Hancock, Miles Davis and McCoy Tyner) and Grammy-winning bassist Curtis Lundy (arrangement for Kanye West's Jesus Walks). These tracks combine Ben's foundation in traditional hard bop with his modern melodic sensibility, and reflect his extraordinary versatility. Instead opens with Because It's Raining, a dynamic piece that floats its melancholy melody line over Billy Hart's atmospheric drumming. 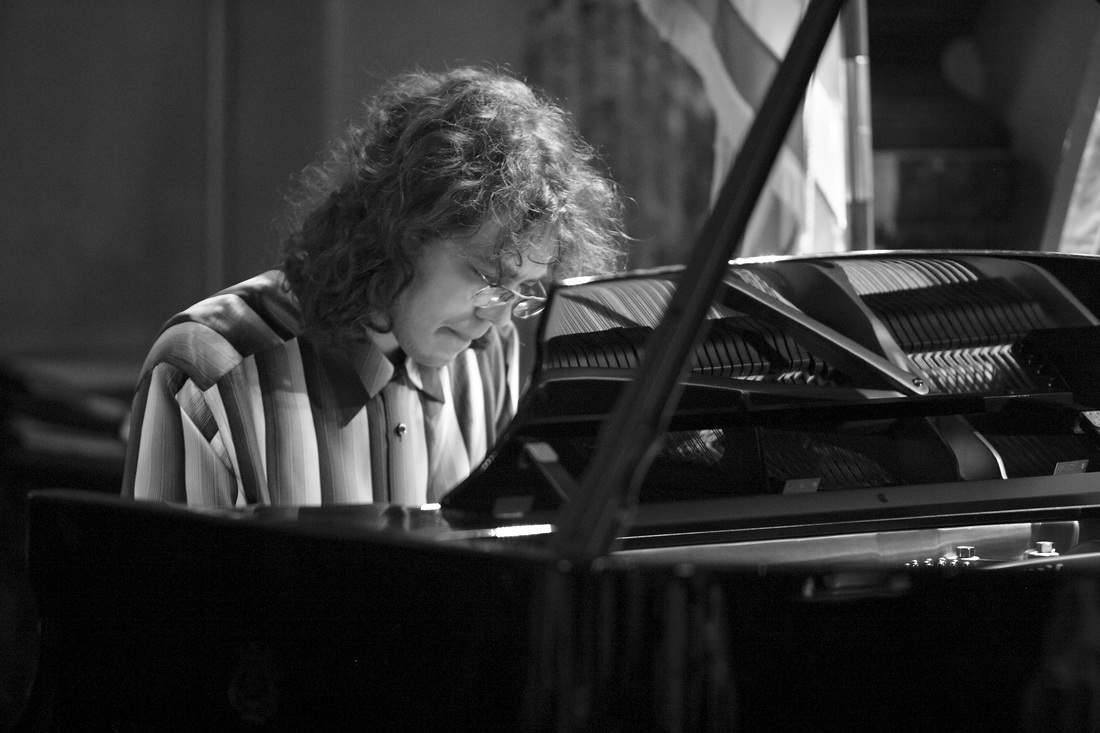 It then segues to Clarisse and Walter, a more straight ahead tune that hearkens back to the arrangements of Art Blakey or Hank Mobley. The album develops with: And Then It's Gone, which improvises jazz harmonies over a bossa nova; the up-tempo Blur, which reflects back on the intensity of 1980s post-bop; Far Back, a waltz reminiscent of Bill Evans; and Azucar, an energetic Afro-Cuban track. The original tracks are complimented by five standards, including an iconic bowed version of Duke Ellington's Single Petal of a Rose, featuring Lundy's soulful bass.

Ben is a jazz pianist, composer and arranger based in New York City, and a recent graduate of the joint program of Columbia University and Juilliard School of Music. His music has earned numerous awards, including the ASCAP Young Jazz Composers Award and several Downbeat Student Music Awards (for both best original composition and best original arrangement). He has played with the Bachiana Brasileira Orchestra at Lincoln Center (with Joao Carlos Martins and Dave Brubeck), in Delhi, India, at the Masten Jazz Festival, Richmond Jazz Festival, Mid-Atlantic Jazz Festival, Lincoln Center Out of Doors Festival, the DUMBO Arts Festival, Musikfest and Music Mountain Festival, as well as Carnegie Hall, Dizzy's Club Coca-Cola, the Allen Room, Webster Hall, Symphony Space and The Blue Note. 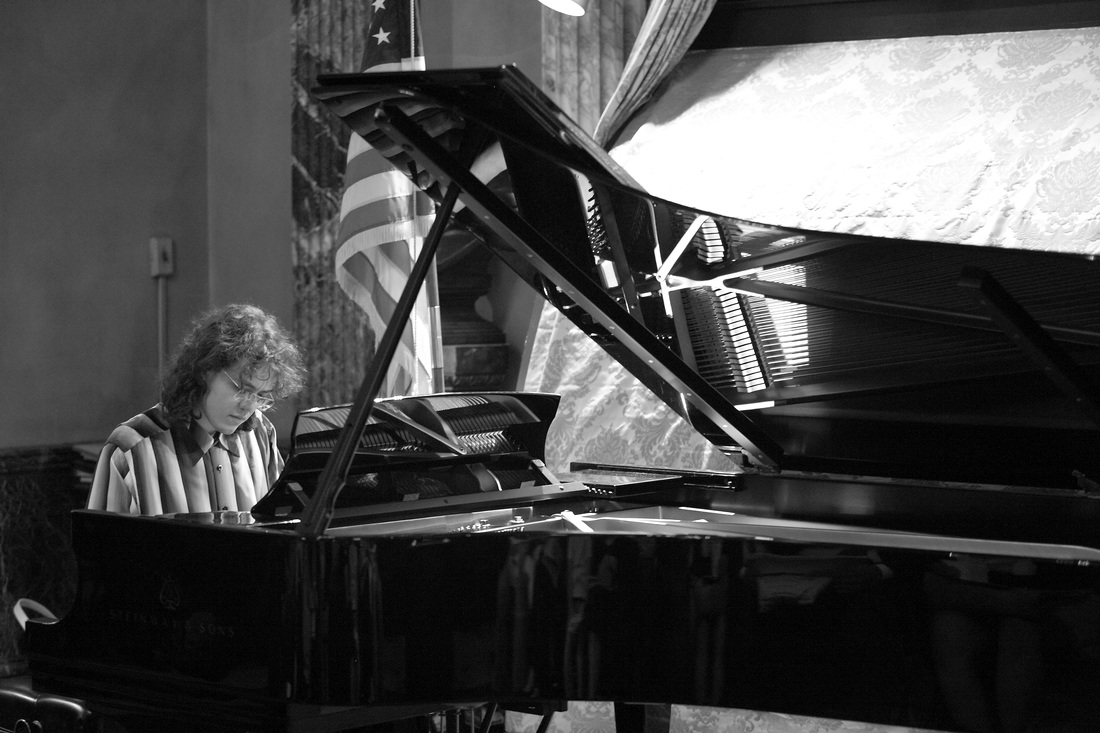 One Trick Dog is a small independent label specializing in jazz, fusion and blues. The members are a collective of recording artists, sound designers, engineers, arrangers and composers. The label is affiliated with Avidon Audio Labs, which has tracked, mixed and mastered numerous contemporary jazz, classical and blues albums. Dev Avidon, the senior engineer at AVAL, has also produced a number of the artists on OneTrickDog*. Recent albums include Tom Larsen's Loving/Losing, Wayne Tucker's When I Was a Child, and Peruvian drummer Juan Carlos Polo's Insomnio. In 2017, OneTrickDog* is slated to release five albums, including SaRon Crenshaw's first studio blues album and Wayne Tucker's second jazz album. 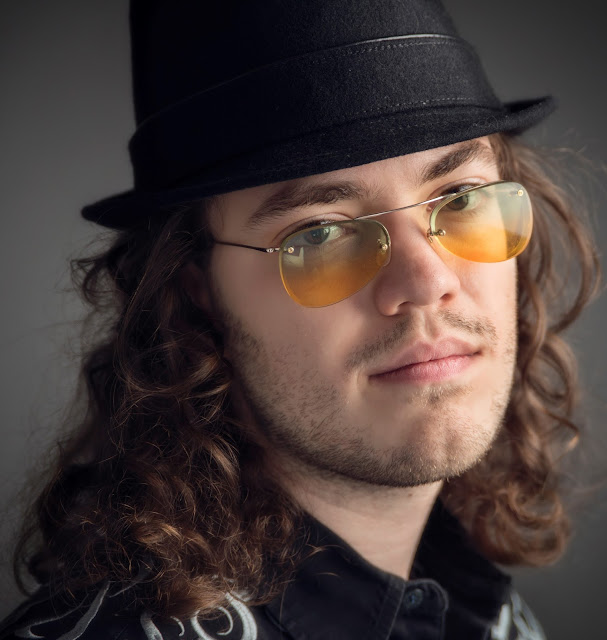 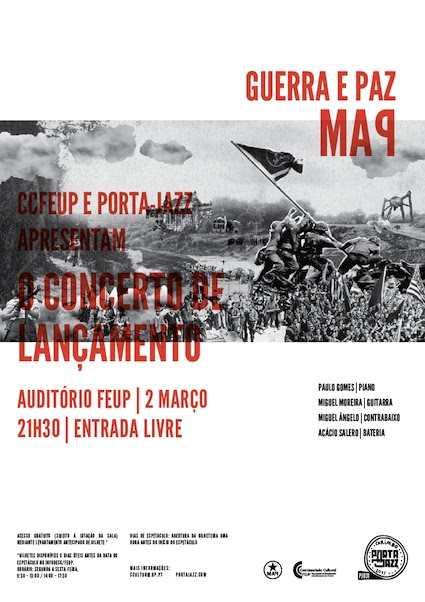 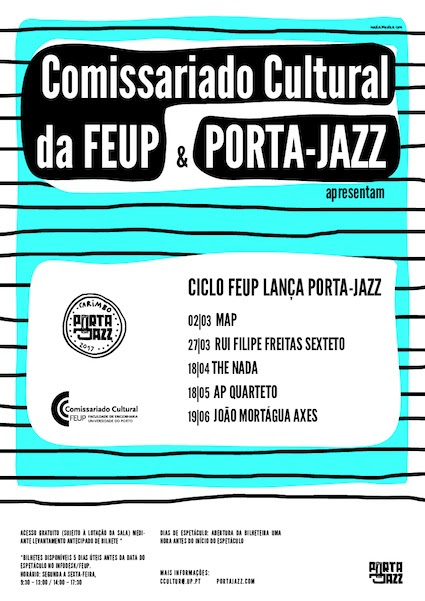 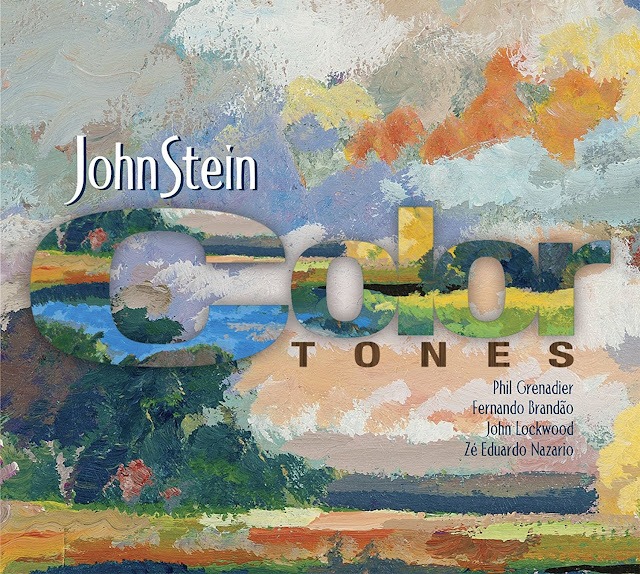 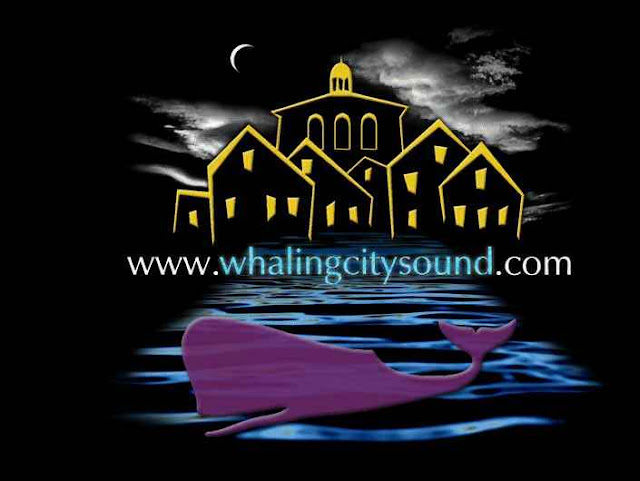 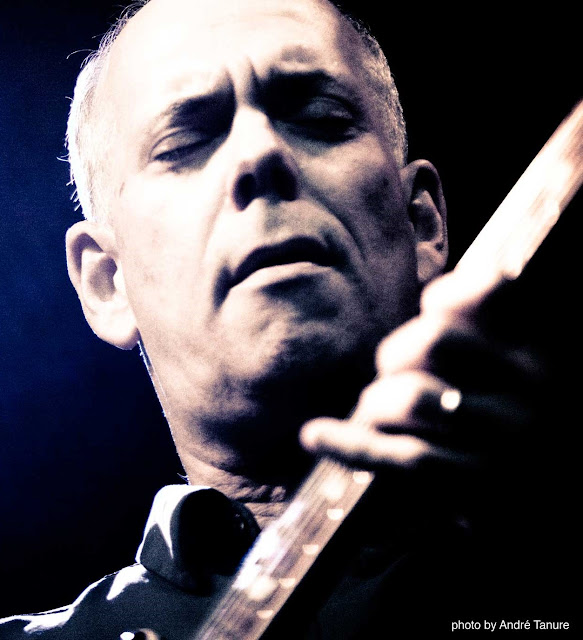 Acclaimed guitarist John Stein expands his already impressive sonic palette on this new recording, Color Tones. The album, created with his ever-intriguing core rhythm section—masterful drummer Zé Eduardo Nazario and renowned bassist John Lockwood—also adds the voices of two mature and unique soloists, Fernando  Brandão  on  flutes and Phil Grenadier on trumpets and mutes. Songs like the concise “Neck Road” provide an example of how this collective functions, featuring all five instrumentalists intertwining in spontaneous interplay: the musical conversation is respectful, energetic, and bristling. All of Stein’s accompanists here expertly carve out their territory. Stein is a generous bandleader. Every musician is featured extensively, and they complement each other tastily, adding their personal expression to the overall fabric.

Stein’s compositions provide the necessary structure without inhibiting the musicians’ ability to add their individual voices to the group effort, allowing all parties to color in the details of those structures artfully. In addition to the arranging ideas contributed by the composer and the players, three of the songs are arranged by Adi Yeshaya, which adds immeasurably to the sonic variety of this recording. Though the acoustic format feels traditional on the surface, there are surprises hiding underneath. This is music of depth and subtlety. In fact, Color Tones is a true delight and a Triple Threat: excellent compositions, sublime arrangements, and enthralling musicianship. Isn’t that all we hope to receive when we listen to a jazz recording? 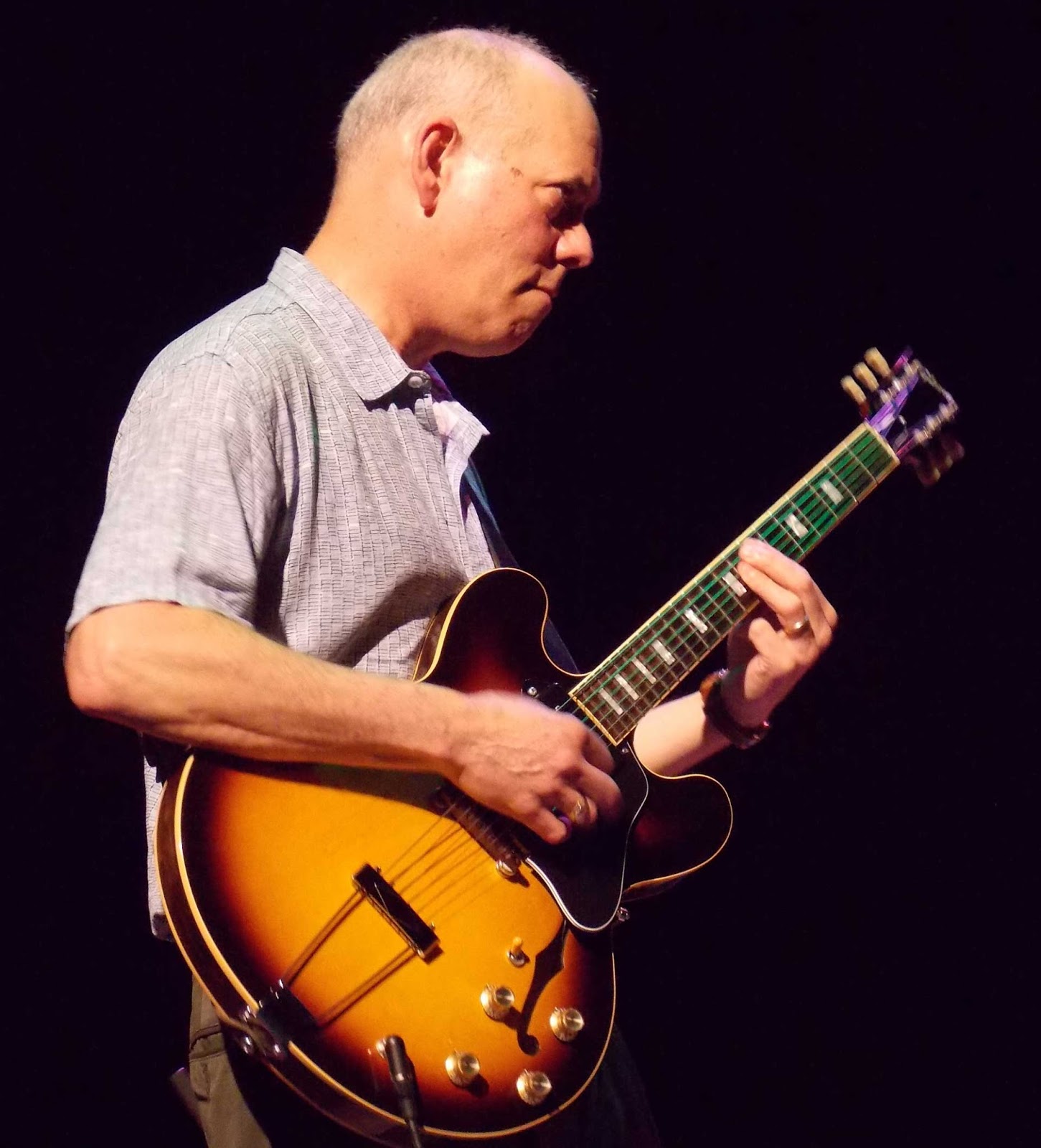 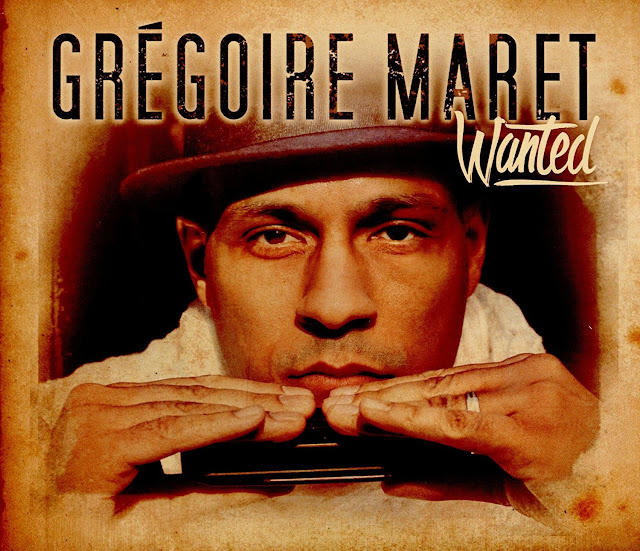 Who is the greatest harmonica player in the world? Until recently, Toots Thielemans reigned as the most in-demand performer on the chromatic harp, but he announced his retirement in 2014. Let me introduce you to the new new champ: Grégoire Maret, son of a Harlem-born African-American mother and a Swiss jazz musician, and a genre-crossing harmonica hotshot. He has shared the stage with everyone from Sting to Herbie Hancock, but is increasingly finding a following for his own work as a bandleader. Be on the lookout for his Wanted album coming in April.
– Ted Gioia, The Daily Beast

There is a balance that must be struck when one is an expert at something. There is the pressure to share your gifts at the whim of others, which requires the ability to bend to their demands. Then there is the need to express one’s own substance with the talent that has been honed.

On his new recording and his second as a leader, Wanted, the exceptional chromatic harmonica player Grégoire Maret once again finds himself moving away from his complementary duties as a sideman, and focusing on his role as a leader with his own musical vision. Naturally, Maret finds collaborating an important part of developing as an artist, but he is especially aware of the pressures imposed by the needs of others, and the necessity of removing these outside influences in order to get to one’s core identity.

Over his career, Maret has found himself alongside many musical masters, including Herbie Hancock, Pat Metheny, Cassandra Wilson and Steve Coleman, adapting to and absorbing many different styles, as many in his open-minded generation do. The challenges were exciting and educational.

Maret heard many kinds of music in his native Switzerland. His parents introduced him to soul, jazz and R&B. It was the music of masters Miles Davis, Herbie Hancock, Stevie Wonder, Wayne Shorter, and Louis Armstrong that immediately struck home and inspired Maret. It was their example that shined brightest as he approached the creation of his own recording, as he looked to make a recording that he would have connected to when he was younger.

Going into the studio, Maret knew that he wanted to shape his music using all the tools at his disposal. He assembled a tight, core quartet of pianist Gerald Clayton, bassist James Genus and drummer Terri Lyne Carrington. Maret wanted to treat the initial sessions like Miles Davis did the Kind of Blue sessions, namely to embrace the moment at hand with great musicians. 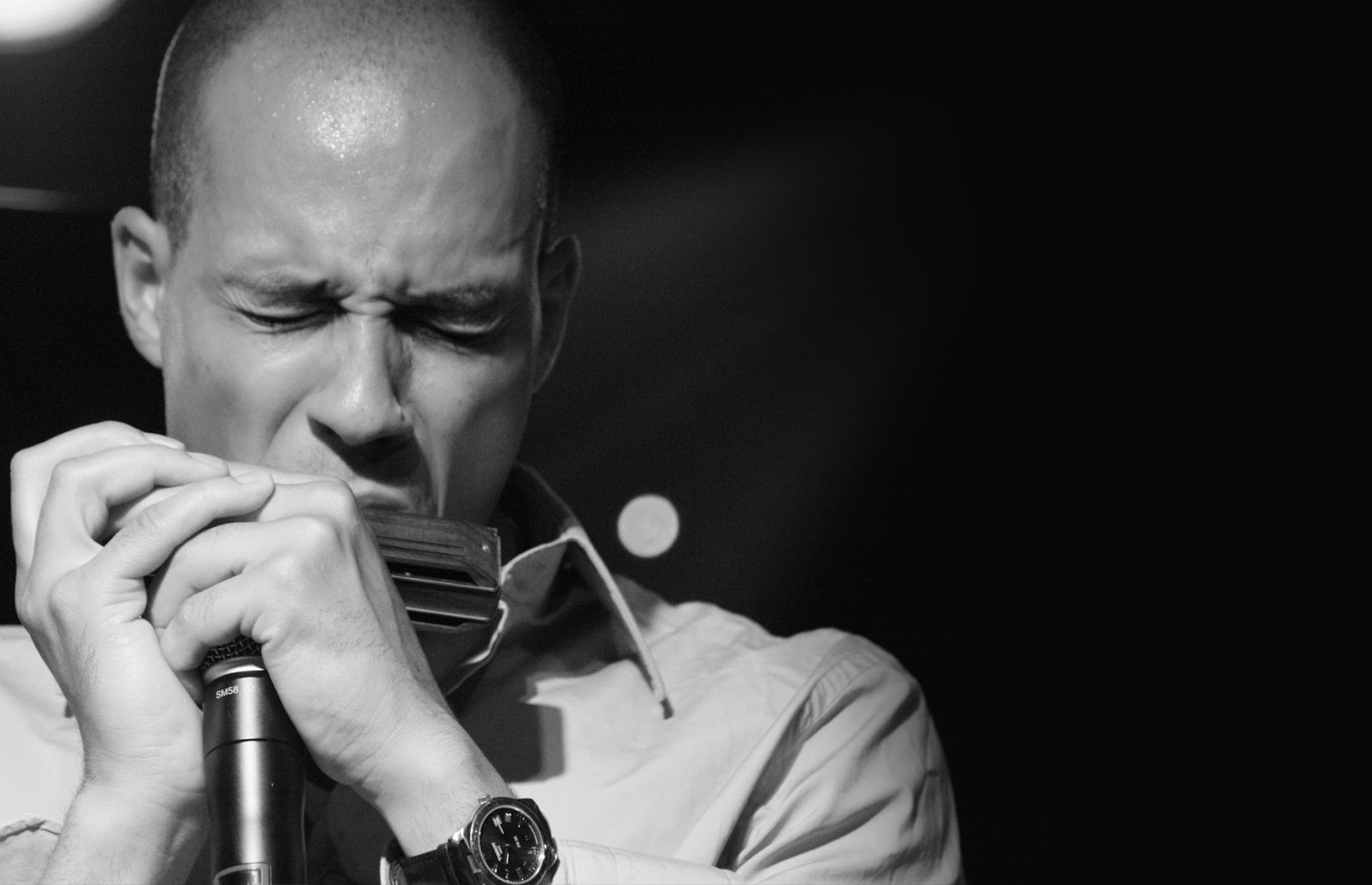 Maret was able to assemble a who’s who of the jazz world to appear as special guests on Wanted. First off, he approached the fantastic drummer Terri Lyne Carrington to play as a part of his core group band, and also to co-produce, with Maret, the recording. Maret also enlisted Chris Potter on bass clarinet, guitarists Ricardo Vogt, Marvin Sewell and Kevin Breit, pianist Jon Cowherd, organist Shedrick Mitchell, keyboardist Bobby Sparks, arranger Gil Goldstein, percussionist Mino Cinelu and Kofo the Wonderman on talking drum.

Maret has a deep connection to voice since the beginning of his musical life, as he began as a singer and later took up the chromatic harmonica, which he sees as an extension of, or the instrument closest, to the voice. So it should be no surprise that he brought in a number of fabulous vocalists to perform on Wanted, including Mark Kibble of Take 6, Frank McComb, Dianne Reeves, Luciana Souza, Ivan Lins and Maret’s early mentor, Jimmy Scott, who passed away shortly after the recording.

The recording begins with “2Beats,” a grooving love song featuring lyrical highlights from Maret, Terri Lyne Carrington and the rapper Kokayi, who he met through Steve Coleman. The title track is in the pocket, with an incredible vibe created by utilizing the voice of Maret’s friend Kibble, and Maret’s expressive harmonica. Miles Davis’s “Blue In Green” takes a page from Me’shell Ndegeocello’s book of soul and is a perfect choice for Chris Potter’s dynamic bass clarinet and Gerald Clayton’s tasteful piano. The soulful rendition of Onaje Allan Gumb’s “Diary of a Fool” features Frank McComb’s wonderful voice, while the amazing Dianne Reeves lends hers to “Heaven’s,” an emotive ballad written by Reeves and Maret

Luciana Souza delivers a lovely wordless vocal to “Groove,” a great ensemble workout with some dazzling solos. Maret turns Wayne Shorter’s classic “Footprints” into a slinky, bobbing vehicle for improvisation. The wistful “Voo Do Pássaro” features a dramatic wordless vocal turn from Brazilian legend Ivan Lins. Arranged by the great Gil Goldstein, “Talking Drums” is an epic piece in three movements inspired by Lins which focuses on the essence of music: namely voice and drums, the latter provided by master percussionists Mino Cinelu and Kofo the Wonderman. The recording concludes with “26th of May” which was written for and performed by the legendary vocalist Jimmy Scott, who hired Maret for his first gigs in New York, taught him to play a ballad and gave his last heartfelt performance to Maret.

Grégoire Maret’s Wanted shows a complete artist coming full circle. Maret utilizes all that he has learned from his life as a sideman and leader in this entrancing and highly listenable recording. 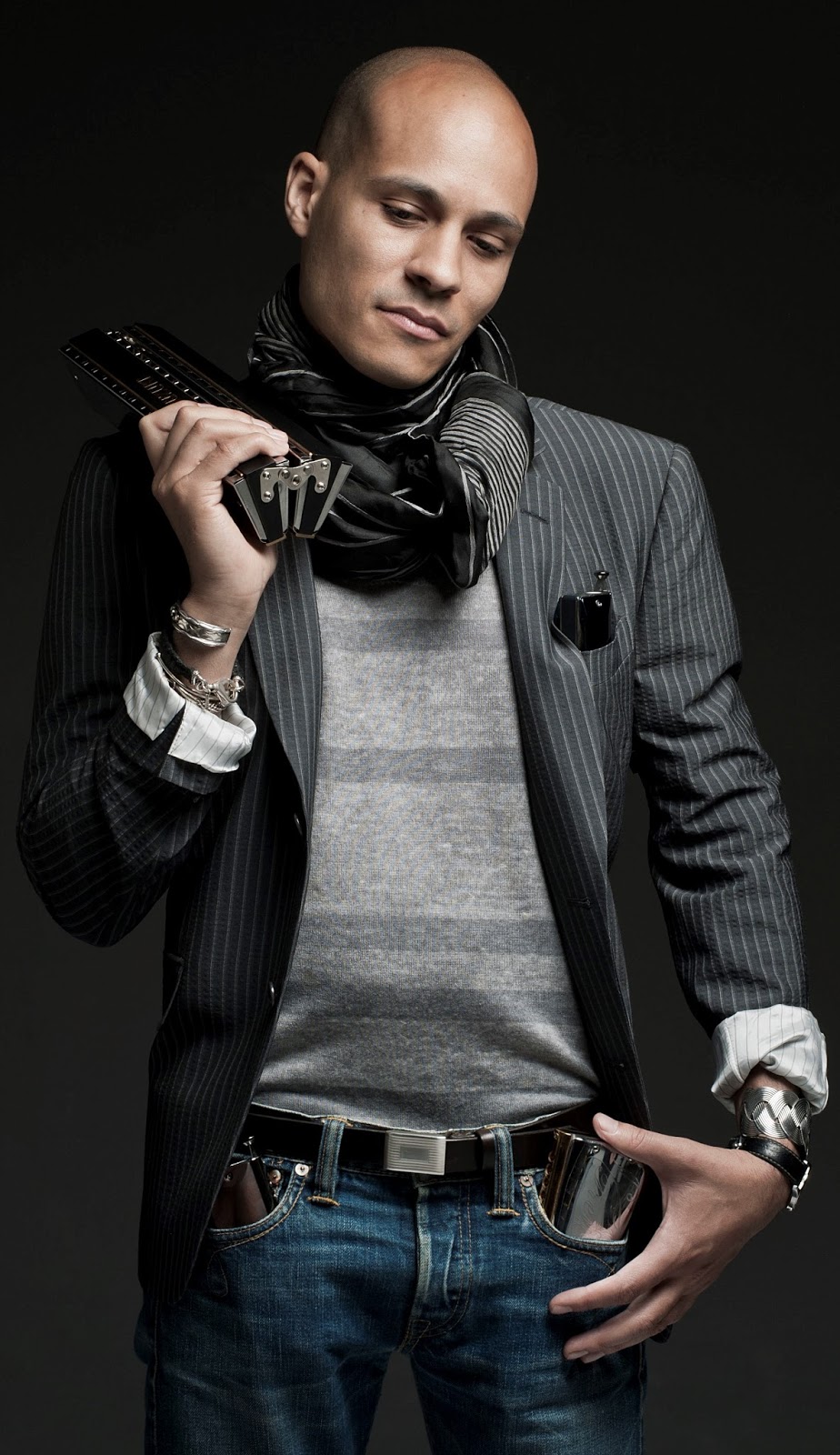 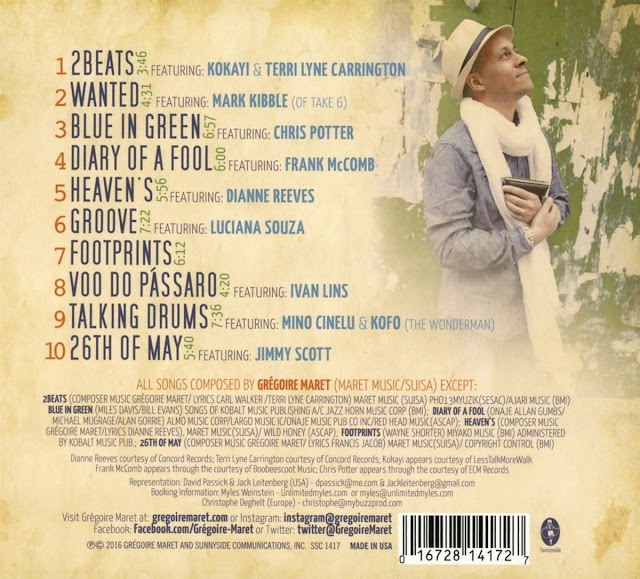 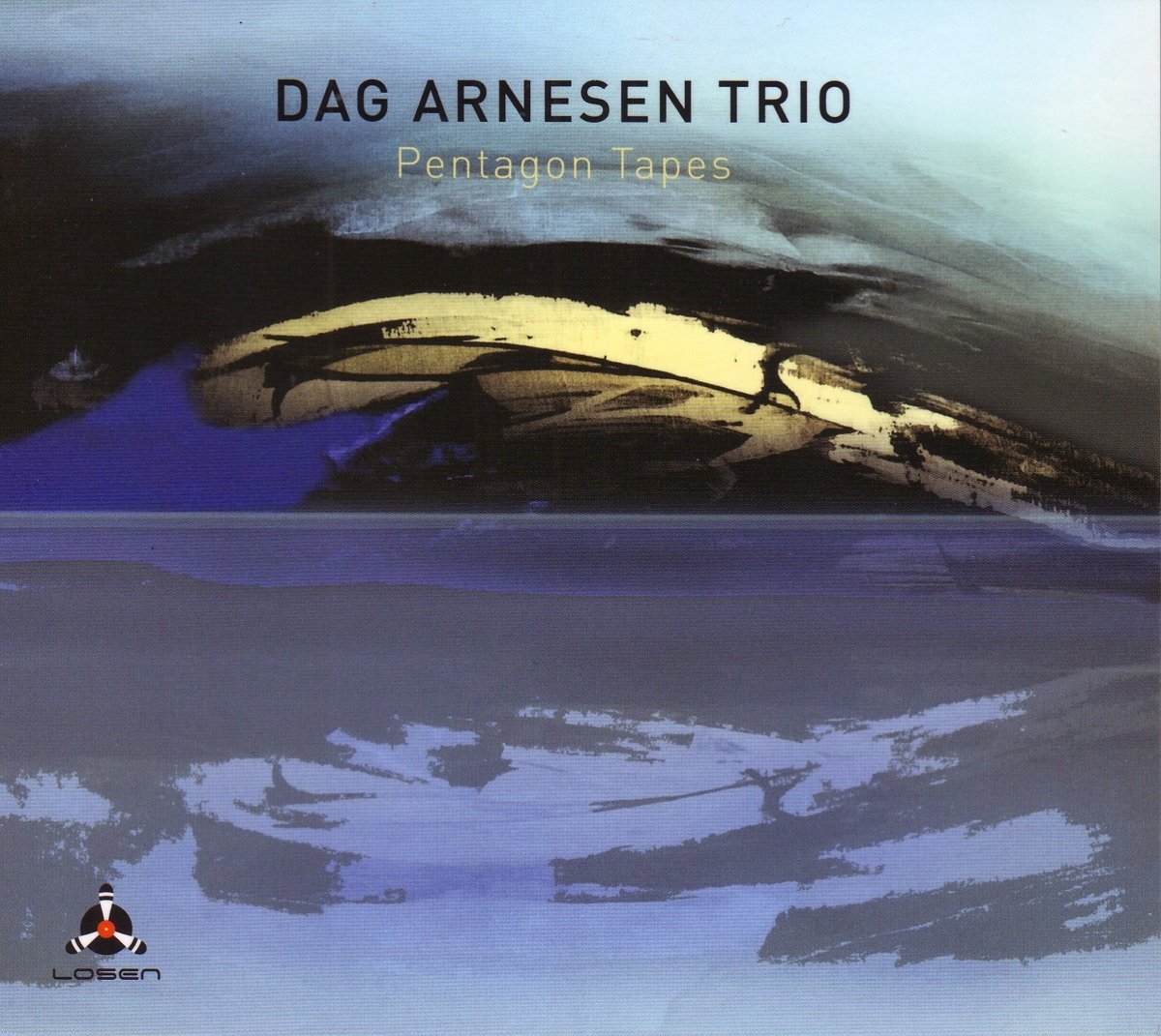 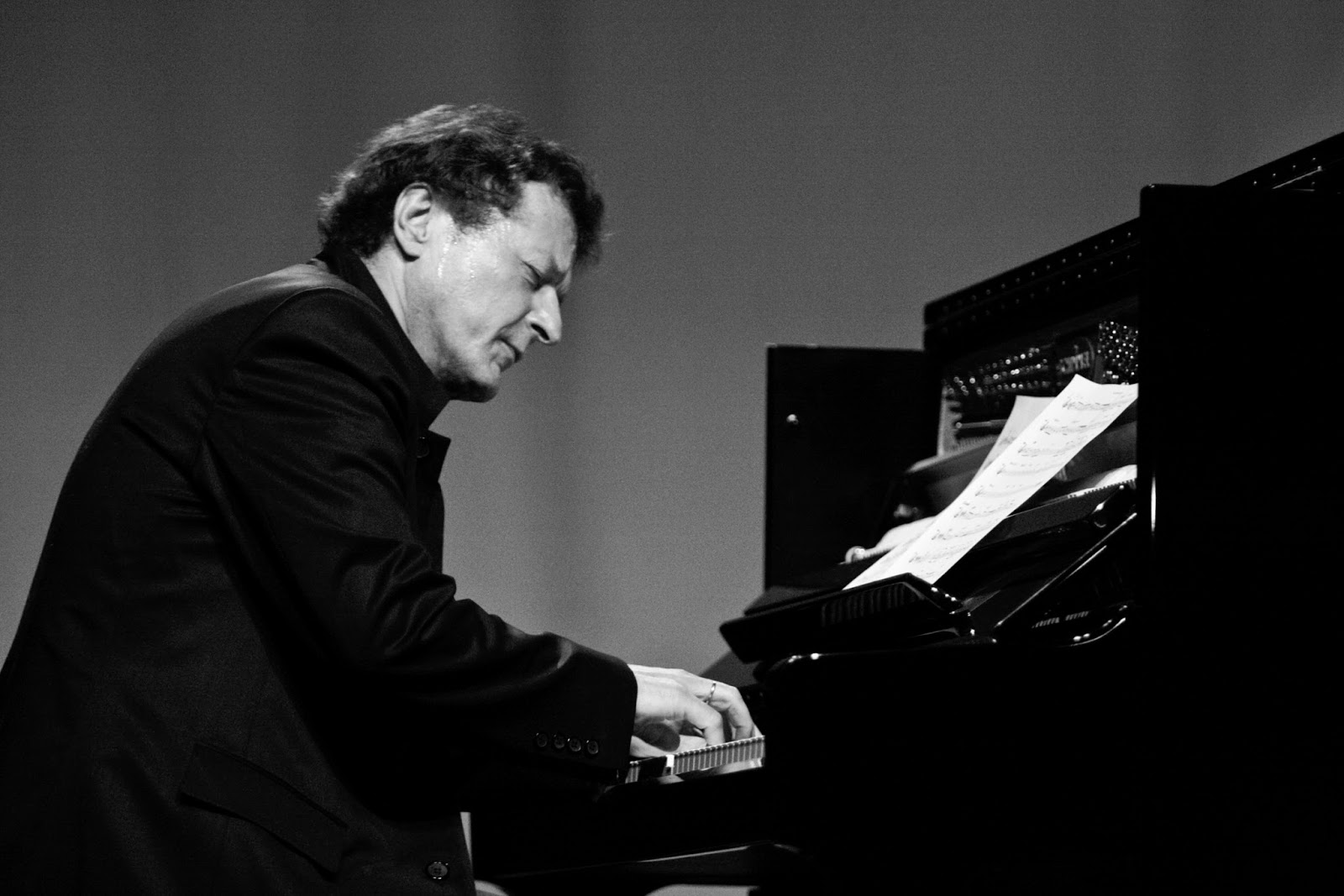 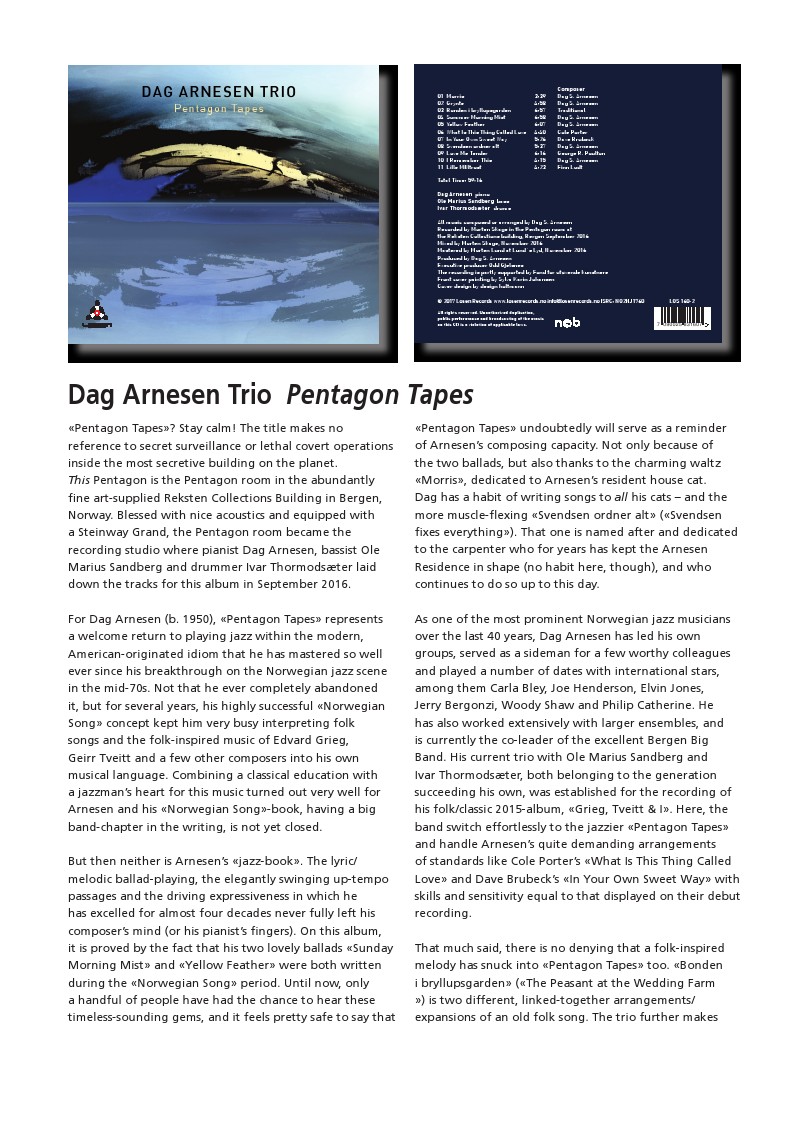 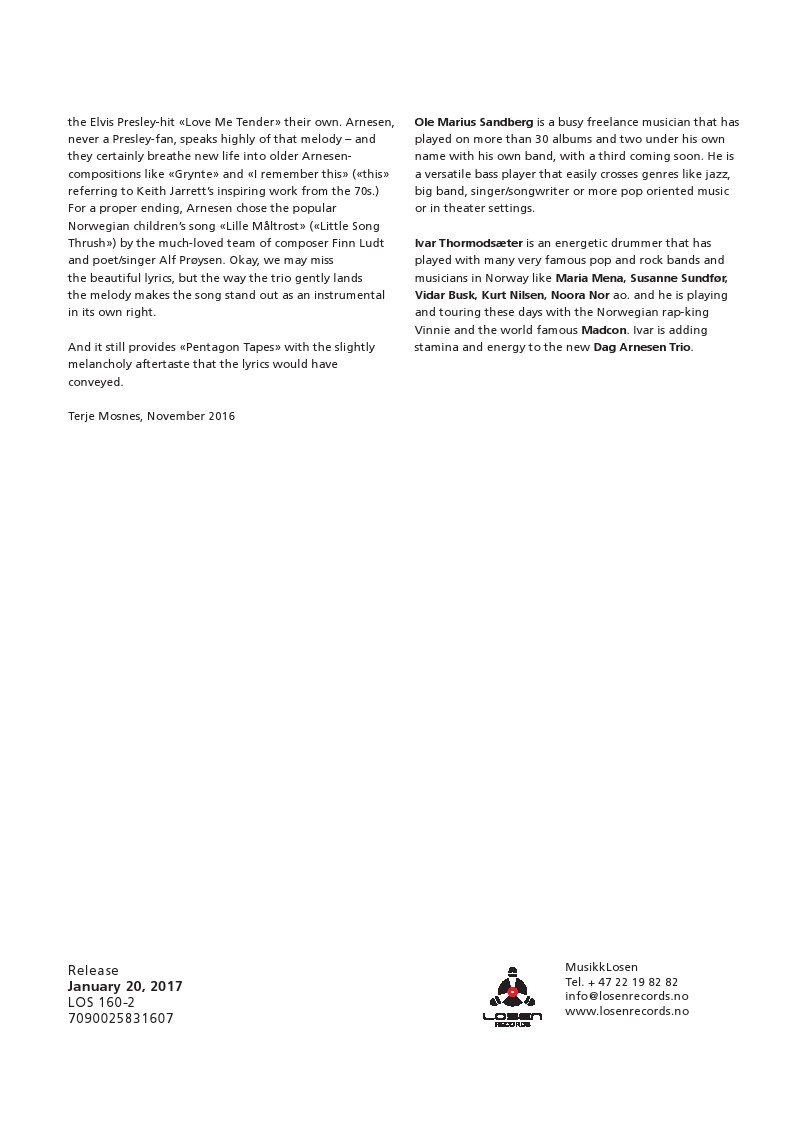 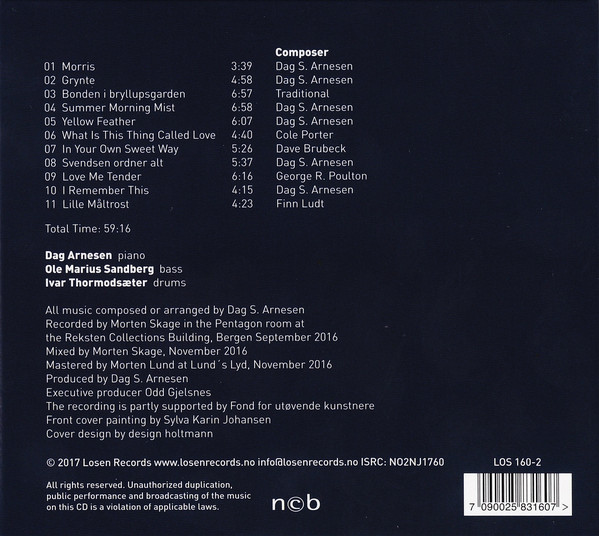 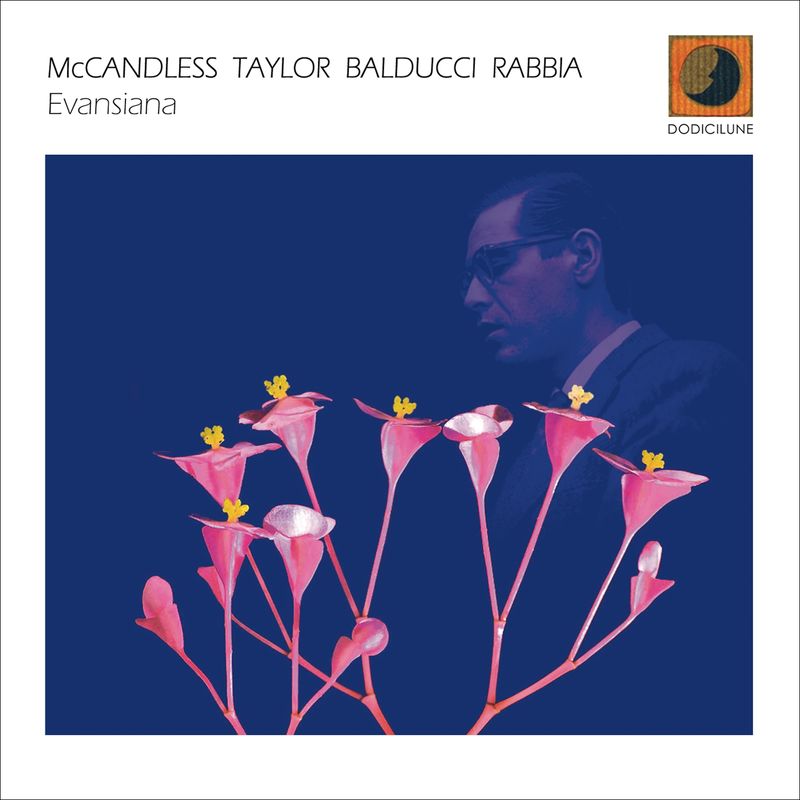 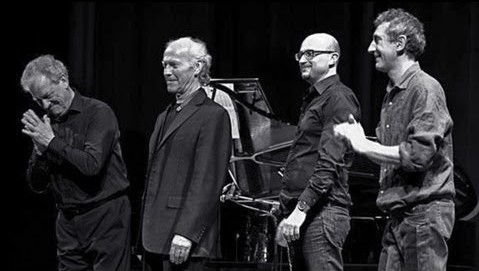