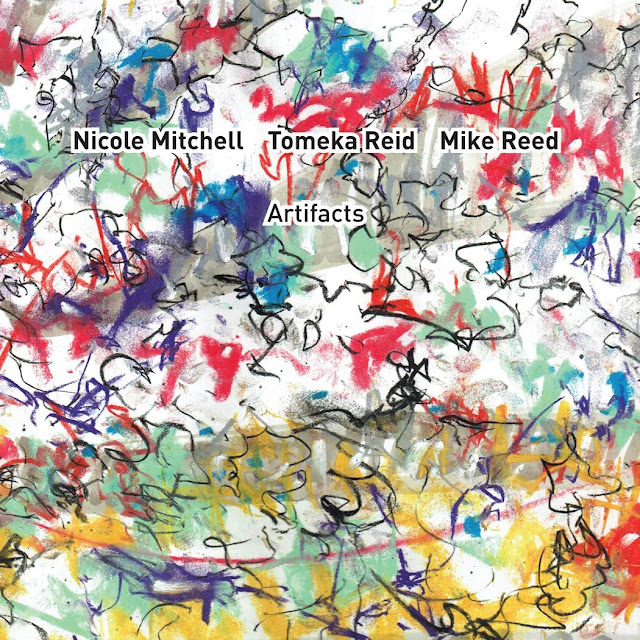 Artifacts was conceived by cellist Tomeka Reid as a way of rediscovering the vast songbook of the AACM (which, as this blog has covered extensively, is celebrating its 50th anniversary this year), and the trio’s debut album brings together a second-generation AACM dream team, with Nicole Mitchell on flutes and Mike Reed on drums.

The trio’s sound is a throwback to the great Air, and captures the free improvised spirit of that earlier group. The album is packed with classic and little-heard gems from the AACM library, including two Steve McCall-penned cuts from Air’s catalog, “B.K.” and “I’ll Be Right Here Waiting…” Reed had already recorded McCall’s “I’ll Be Right Here Waiting” on his 2010 Loose Assembly recording with Roscoe Mitchell, on which Reid also played. Here, however, with a lineup closer to the original’s, the fragility of McCall’s melody really shines.

Aiming to breathe life into these dormant compositions, the trio kicks things off with Braxton’s “Comp. 23B,” bringing a thrilling lightness to the proceedings. The trio follows Braxton with Roscoe Mitchell’s “Jo Jar,” a propulsive 50-year-old blues tribute to Joseph Jarman, brought to life here with shuffling drums and a fine solo by Reid.

Fred Anderson, who passed 5 years ago this summer, is represented by “Bernice,” which is coupled with Jeff Parker’s “Days Fly By With Ruby,” itself an homage to Anderson. The trio combines both into a lengthy meditation on the AACM’s deep history. Mitchell steps to the fore with a jaw-dropping solo on “B.K.,” leaping and fluttering before handing off to Reed for a quick drum solo. It’s easy to forget how rare it is for Reed to take the spotlight, and his solo is an apt tribute to McCall.

I can’t say exactly why, maybe it’s just hearing these three musicians cut loose in a free trio, but I absolutely loved this record from start to finish. Mitchell, Reid, and Reed, all highly democratic and collaborative players, have performed together for well over a decade. The three click seamlessly into a telepathic performance that both evokes and expands the AACM spirit. 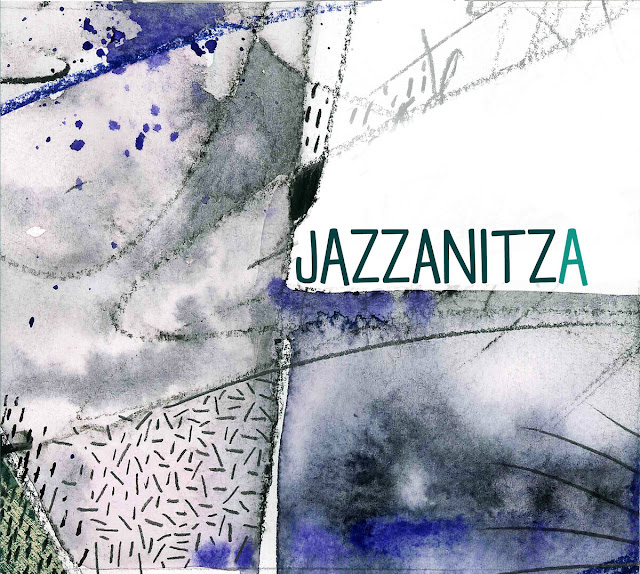 In Bulgarian language, the suffix “nitza” at the end of a word usually implies a female gender. Many common words have it.  Some are connected with popular food, such as “lyutenitza” (a tomato-paprika  spread), “nadenitza” (sausage), some are words for activities and games: “krienitza” (hide and seek) “gonenitza” (tag) and a few name popular folk dances in irregular rhythms, such as “ruchenitza” (in 7/8) and “kopanitza” (in 11/8).
“Jazzanitza” gives the word “jazz” a bit of a Bulgarian appearance and that’s the main concept, incarnated into the music of the band, composed by Borislav Petrov.
JAZZANITZA is a collective of Bulgarian jazz musicians, whose individual musical searches gravitate towards combining contemporary jazz with elements of folk music from Bulgaria.
Borislav Petrov took the initiative to bring these musicians together and let them dive into this brave musical endeavour: to combine the harmonic structure and stylistic competence of various jazz styles, while carefully intertwining them with the rhythmic and melodic flavor of the Bulgarian folk traditions. The improvisation playfully explores different jazz and folk idioms and brightly outlines the specific musical background of each band member.  Balanced with highly regarded ensemble playing, the music of JAZZANITZA generates a smooth blend of diverse musical inheritances, while remaining true to the
essence of the styles it combines.

Posted by Djiani a la dirección 11:50 AM 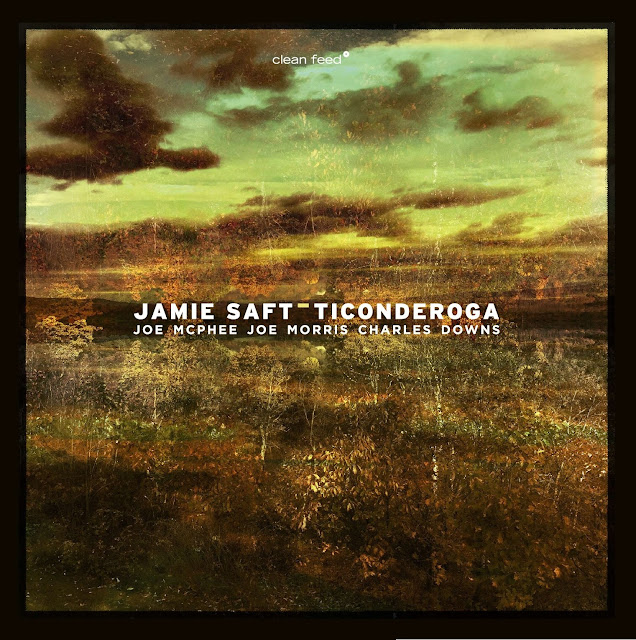 This quartet was born from a conversation between Joe Morris and Jamie Saft about their mutual fascination with John Coltrane’s “Live at the Village Vanguard Again” album. From there they decided to develop a project under the influence of the music played by Coltrane with his wife Alice Coltrane, Jimmy Garrison, Rashied Ali and a pair of guests, Pharoah Sanders and Emanuel Rahim. Right away they established that Morris would use a double bass, instead of his usual guitar, and that Saft would focus completely on acoustic piano, putting aside any electric and electronic keyboards. And they immediately named the two other contributors to the enterprise: reedist Joe McPhee – who in fact attended the recording of Coltrane’s “Vanguard Again” album, sitting in the front row – and drummer Charles Downs. These choices were obvious: McPhee and Downs are true living legends of free jazz. Morris had a well established musical relationship with McPhee and all loved Downs’ contributions, when he was known as Rashid Bakr, to the music of Cecil Taylor, Jemeel  Moondoc, William Parker and Roy Campbell. Then they figured out the name of the quartet: TICONDEROGA. The Mohawk word means “junction of two waterways”. Which waterways? Easy to guess: the original “new thing” fronted by Coltrane with Albert Ayler and Ornette Coleman and what is now understood as structured improvised music. The final product hits you like a punch. A good, reviving, punch…

1. Beyond Days
2. Simplicity of Man
3. Leaves of Certain
4. A Backward King