Now that we've finally got some warmer weather, we're looking forward to so many exciting events!  Let us know what music festivals you'll be at this summer, and in return, we'll make sure to share what we have going on in this newsletter and on our social pages. Please make sure you're following us on Facebook & Instagram to stay up to day on album releases, shows and more.

Here's what we've got going on this month:

The Rabbits are taking over Nublu this month as part of a residency at Nublu NYC. Don't miss out on seeing Éyal Hai, Tea Masters, The Arnan Raz Quintet, Daniel Meron and Zoo Berries this summer! 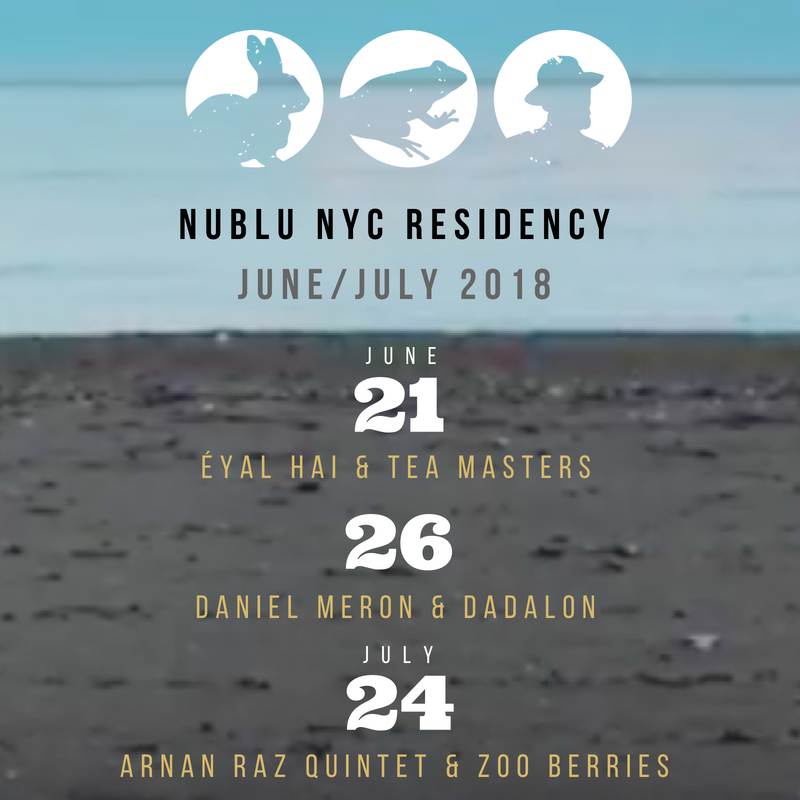 Looking to discover new music? Starting this June, we will curate a monthly Spotify playlist that features your favorite Rabbits AND music from artists that inspire them. Let us know which songs are your favorite as well as any artists you think should make the cut next month!

Click the image below to listen to what we've been listening to this month. 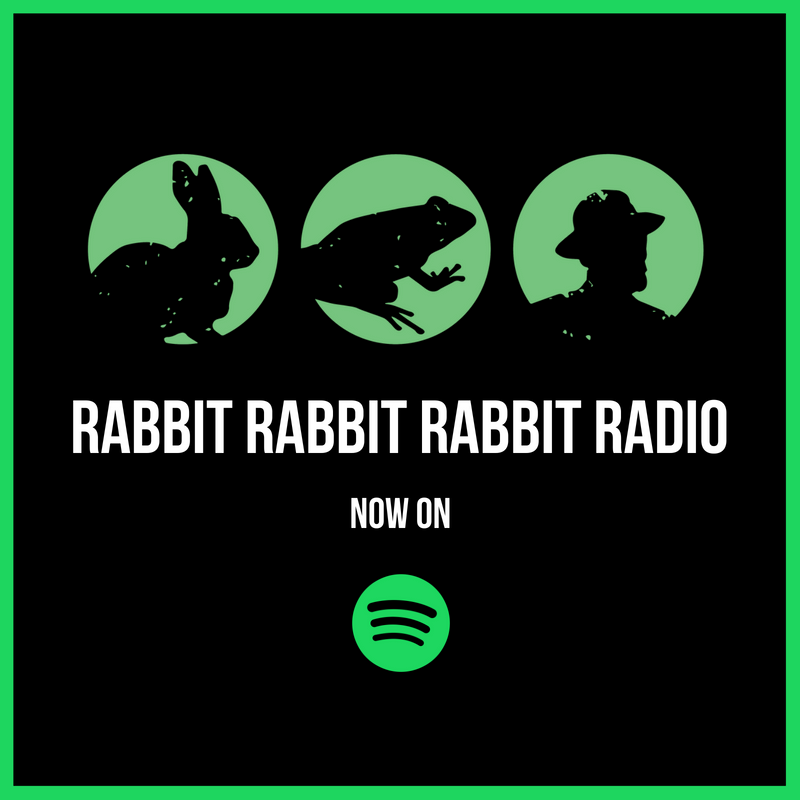 Last month, the Arnan Raz Quintet performed songs from his album 'Chains of Stories', including the new song 'Two People' at Nublu NYC.

Click the image below to watch the full video for the song. 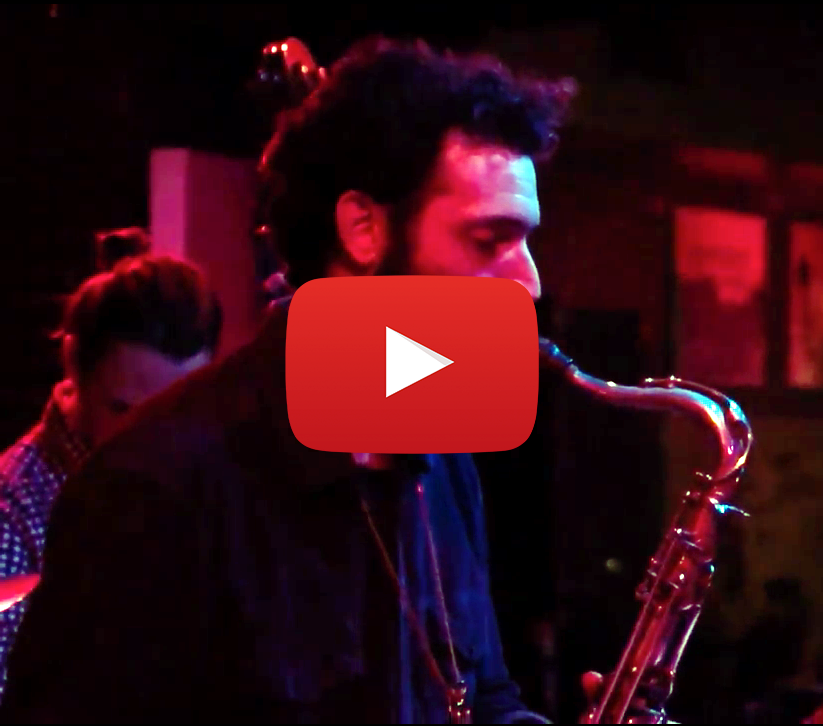 The Tea Masters' latest video for 'Backwater' was shot in Australia by Brooklyn-based videographer Stephanie Gould using a super 8mm camera. You can listen to 'Backwater' and more on their recently released EP.

Click the image below to watch the full video for the song. 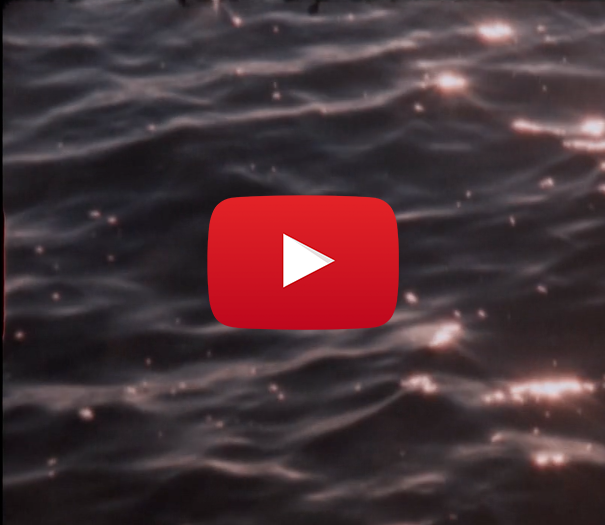 Jonathan Greenstein garnered two press hits last month. In both PopMatters and All That Jazz, he is highlighted as an up-and-coming artist and talks about his background and inspiration for his EP 'Vol II'. 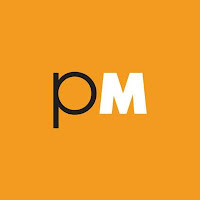 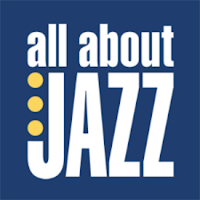 The first show as part of Rabbit Rabbit Rabbit Records' residency at Nublu will be Éyal Hai and Tea Masters. In preparation for his upcoming album, Éyal will be performing both new and old songs, while Tea Masters will perform songs from their recently released EP. 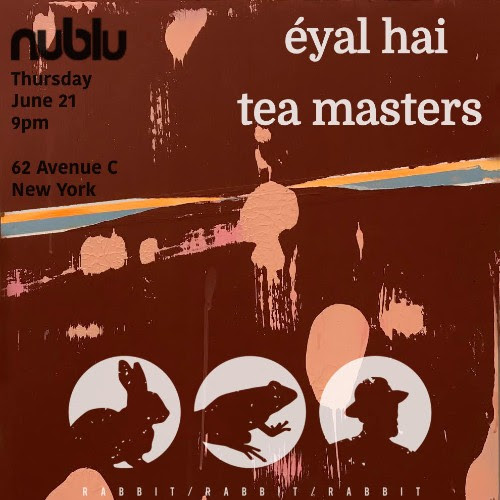 The second night of Rabbit Rabbit Rabbit's Nublu Residency will feature the Daniel Meron Trio, performing songs from his latest album 'This Was Now', as well as label friends Dadalon. 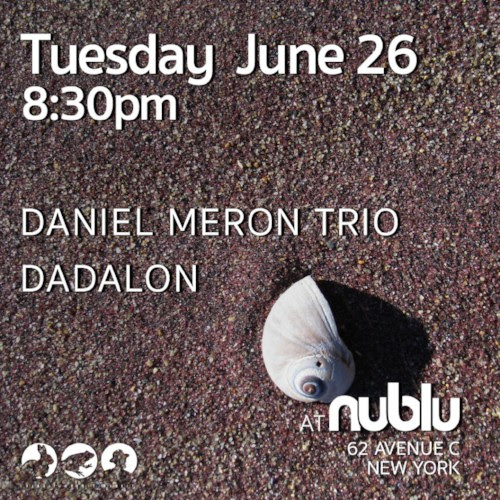 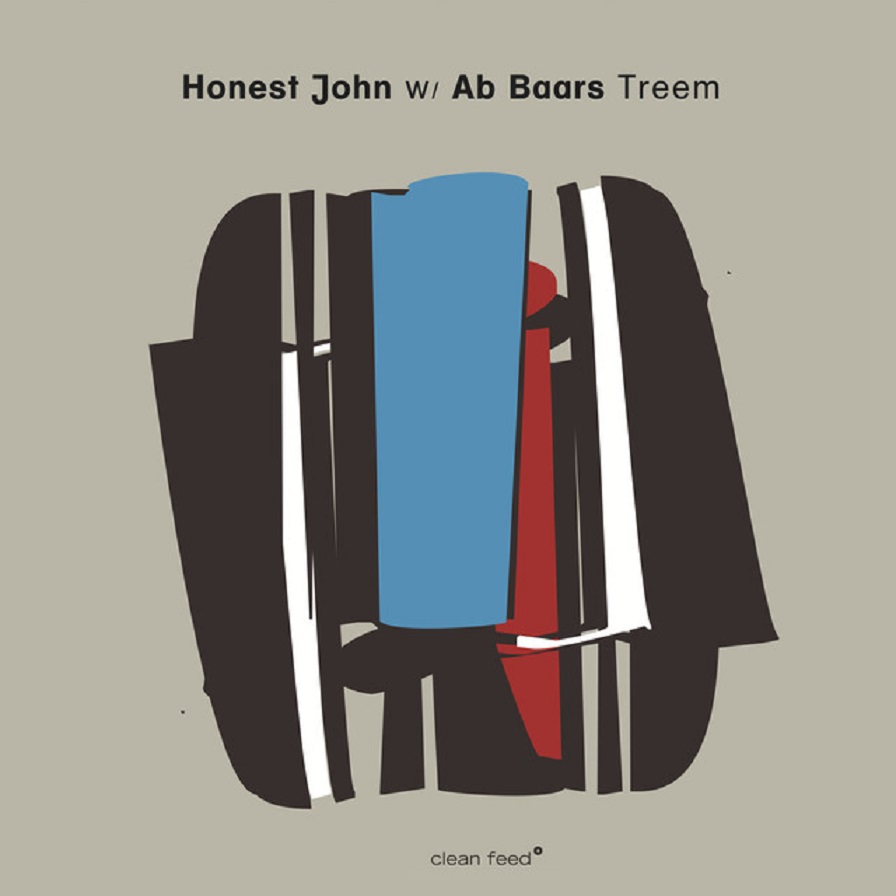 Klaus Ellerhusen Holm’s writing for the band Honest John may have the kind of ondulations and turnings you recognize from Anthony Braxton’s compositions, but the use of chamber music historical references and of folk instruments (like the banjo played by Kim Johannesen) give it a very different dimension. The way “Treem” associates abstract, experimental moments with passages of the most explicit, bop-ish, groovy jazz is another distinctive aspect in presence, benefiting from the contribution of the guest musician in this album, a star of the Dutch jazz scene, Ab Baars, whose tenor saxophone and clarinet reproduce all the patrimony of jazz in new ways, while his shakuhachi, a traditional bamboo Japanese flute, reinforces the idea that this project is inventing an imaginary folklore for the global village we all live in. This is the last release with the participation of violinist Ole-Henrik Moe, replaced by accordeonist Kalle Moberg after the recording of the present collection of pieces due to his ongoing commitments to his compositional work, being one of Norway most prominent contemporary composers.

You couldn’t have a more touching and vibrant farewell from his part, giving to Moberg a supplementar responsability in what concerns the realization of the Honest John beatiful utopia: to open up very specific music to a broader audience.

Sailors of Lichtenstein, Aristocrats and Treem composed by Klaus Ellerhusen Holm (Tono) and arranged by Honest John Von and Prince of Venosa composed by Ab Baars | Out of Doors, Fisheye and One thing after the other by Moe, Johannesen, Høyer, Nylander, Holm and Baars 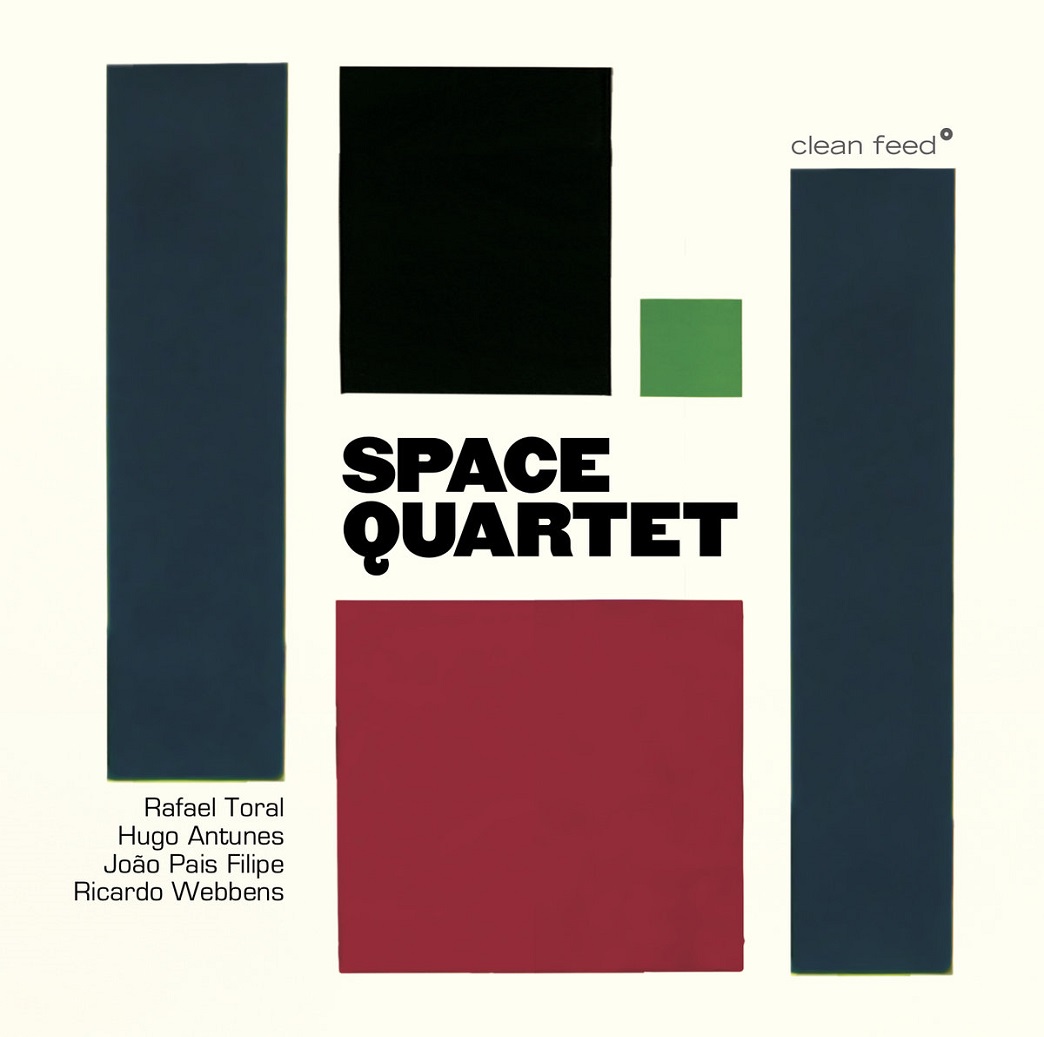 After the conclusion of the 13-year-long Space Program series, Space Quartet marks a new horizon in Rafael Toral’s ongoing music explorations. Referring both to a record and a band configuration, Space Quartet embodies a maturing moment for the Portuguese musician. As one of the most internationally-recognized figures in the leftfield domains of music, Toral describes the album as “an advanced application of the Space Program principles”: electronic music with a human touch.

Over the years, Toral developed a jazz-like phrasing using abstract electronics. Operating within the context of a typical quartet, Space Quartet features the interplay of two electronic voices, one played by himself, on melodic feedbacks and hacked amplifiers, and one by Ricardo Webbens, on modular synthesizer and other custom stuff; rounding out the quartet is the versatile Hugo Antunes on double bass and the inventive drums of João Pais Filipe, who also plays gongs and bells of his own making.

The electronics are the driving core of the ambitious Space Quartet, setting it apart from many examples of electronics in jazz. Inspired by some of the principles and methods of enigmatic master Sei Miguel, the music develops solely according to the musicians’ free decisions. The result is a sense of flux and ever-renewing forward motion, continuously unfolding into new places, through spirit and matter from jazz-rock to ambient music and “the singing of standards from another planet” (Toral dixit). One thing is for sure: you’ve never heard anything like this before. 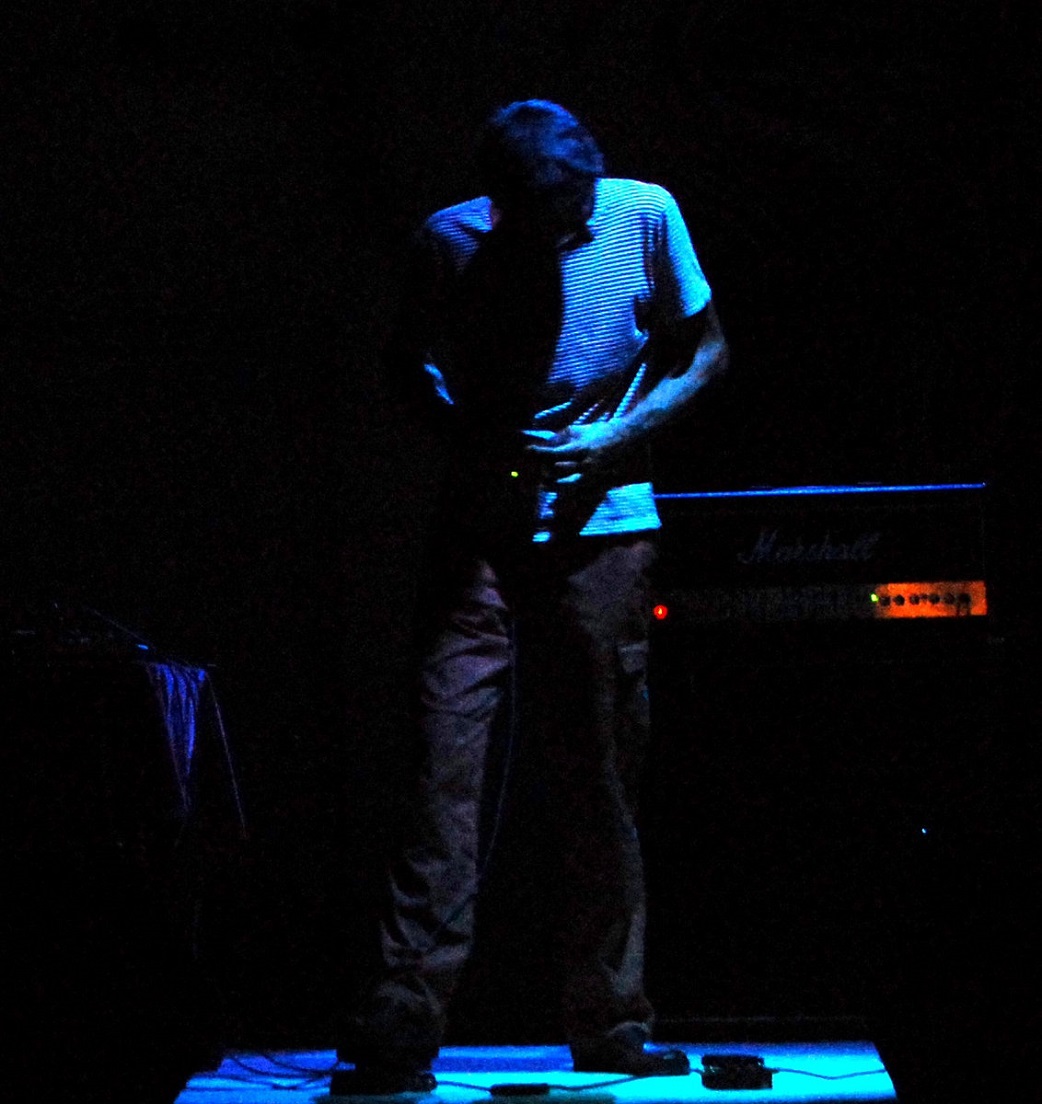 I am very happy and excited about bringing you the newest stuff i've been working on. More than a new development, it's a whole other level. SPACE QUARTET's debut album has deeper roots and flies higher than anything i've done so far. Hugo Antunes (double bass), João Pais Filipe (drums) and Ricardo Webbens (modular synth and electronics) all performed amazingly into uncharted grounds.
Clean Feed will be making sure it's available worldwide. It's a CD-only release, at least for now.
Rafael Toral

All compositions by Rafael Toral 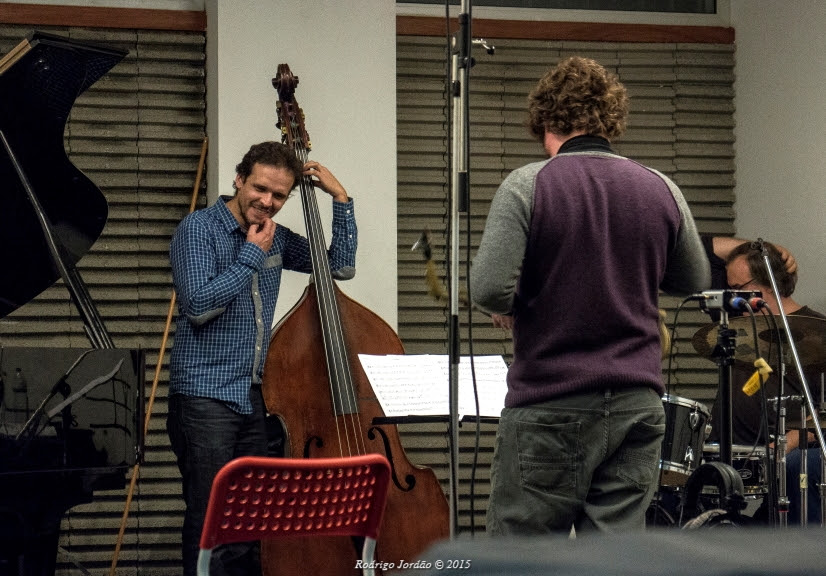 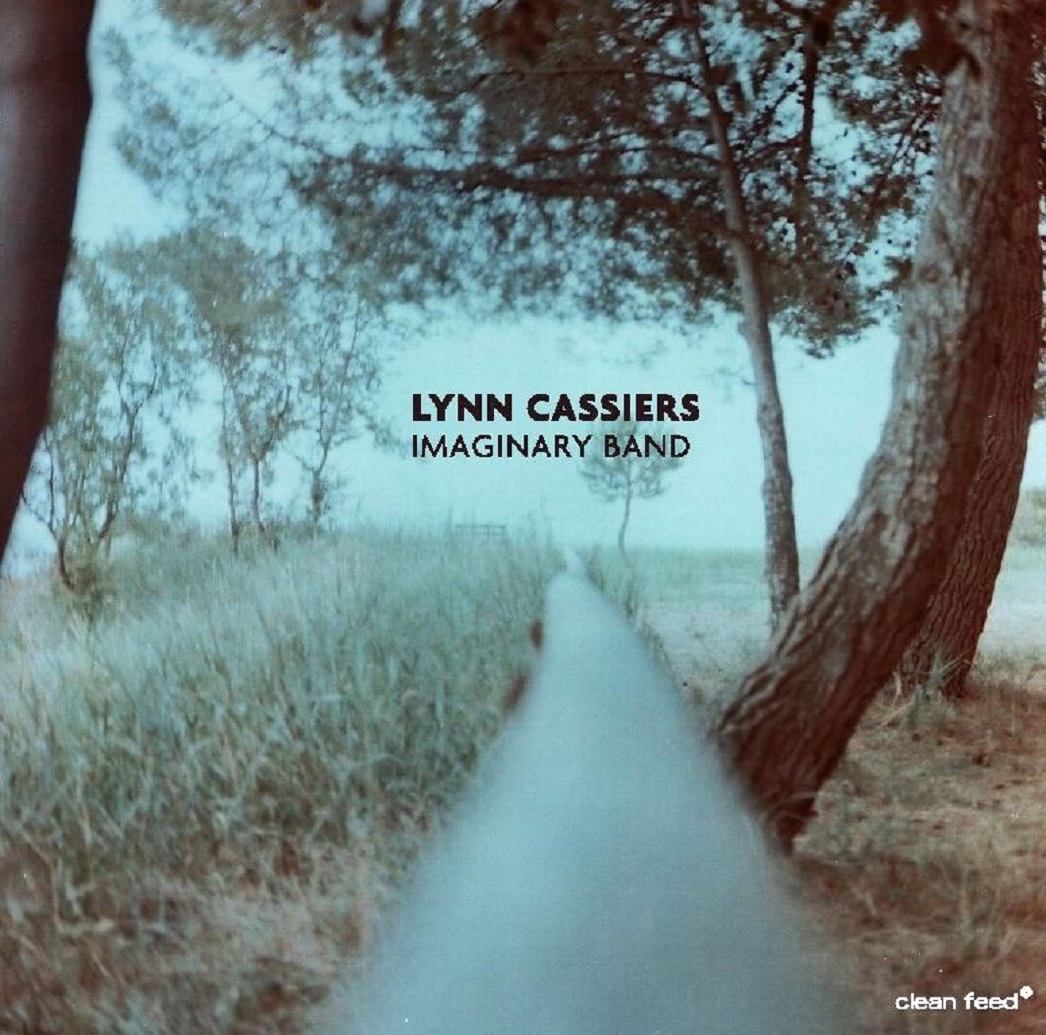 The septet consisting of Lynn Cassiers (compositions, voice, electronics), Sylvain Debaisieux (soprano and tenor  saxophone), Ananta Roossens (violin), Niels Van Heertum  (euphonium), Erik  Vermeulen (piano), Manolo Cabras (double bass) and Marek Patrman (drums) is debuting with the record you hold in your hands, ‘Imaginary Band’. Cassiers’ compositions are dynamic, free, vulnerable and musing. With her dreamy voice and electronic manipulations, Lynn Cassiers knows exactly how to take the audience with her to her own unique and personal universe. Imaginary  Band transcends the classical jazz ensemble and sounds fresh and adventurous. 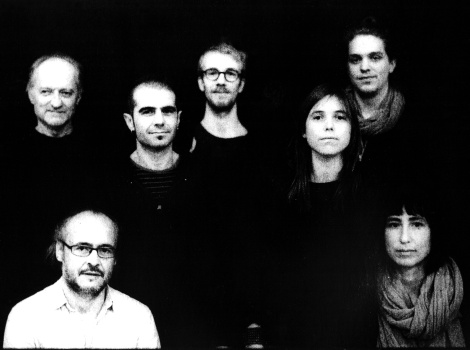 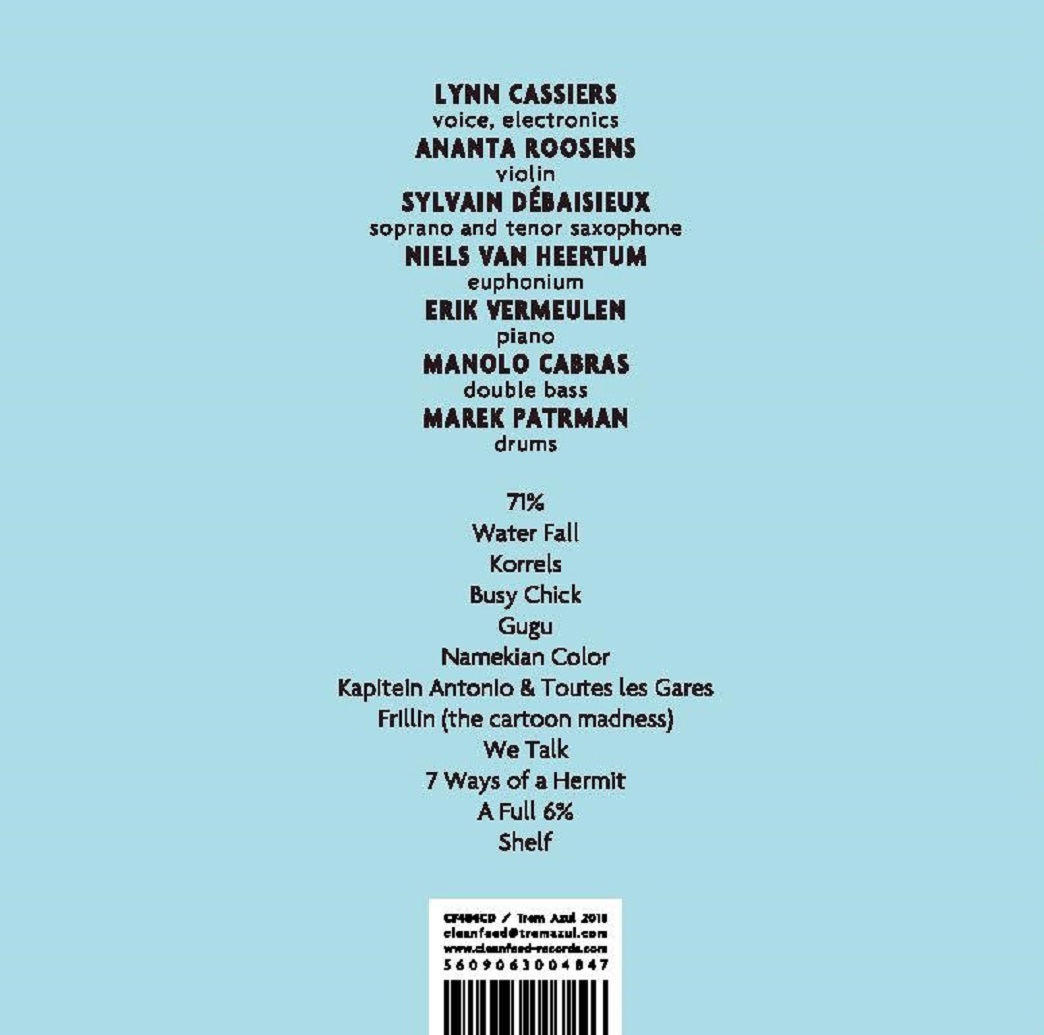 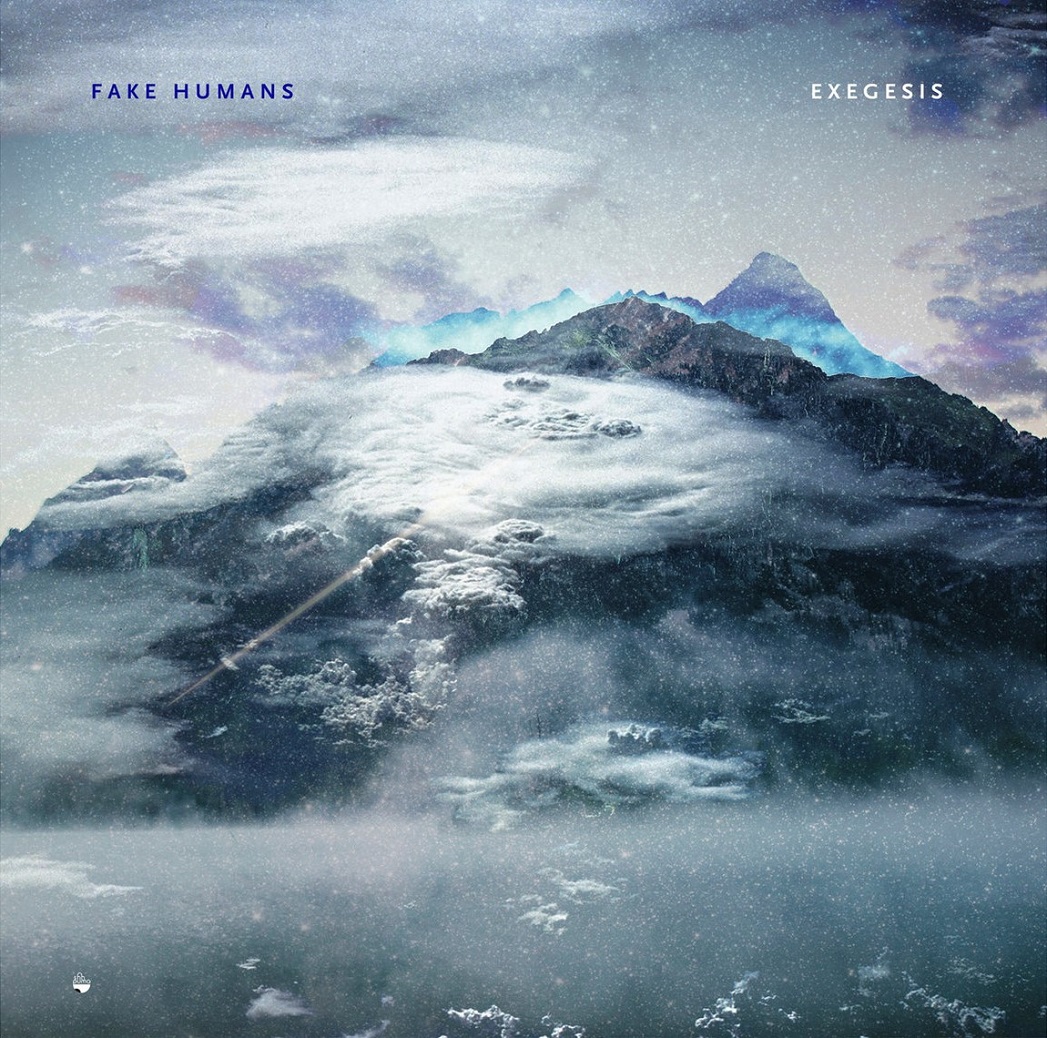 The name Fake Humans for the duo (yes, it’s a duo, even though sometimes it seems an entire orchestra) formed by Colin Fisher and Carl Didur may really be the most appropriate one, considering that any atempts to define the music they play and even to list their instruments are inhuman tasks.

Usually, they’re presented as a “spiritual free jazz” project, pointing you immediately to a Pharoah Sanders or an Alice Coltrane reference, but if you may recognize somewhere the saxophone of the first and the harp of the second, the music takes you directly to something very far from jazz. Is it space rock? Exotica? We’re never sure, and it doesn’t matter. The same way we’re never sure if we just heard a guzheng, a flute, a bass guitar, an analogue synthesizer, a drumkit or some phantomization of those instruments by way of magnetic tapes, in a sort of figuration of musique concr?te, if something like that can exist considering music as the only non-representative art. Once again, you won’t care.

By then, you’re imersed in a sound world that becomes addictive. The right sound world to honor the journals written by Philip K. Dick which inspired this record and gave its title, “Exegesis”. You’re on another planet now, in the middle of a strange forest where human names like “jazz” or “exotica” mean nothing, and where a monkey can be a bird and a flute something else. Sap maybe, dripping from the giant trees?

All music by Colin Fisher and Carl Didur 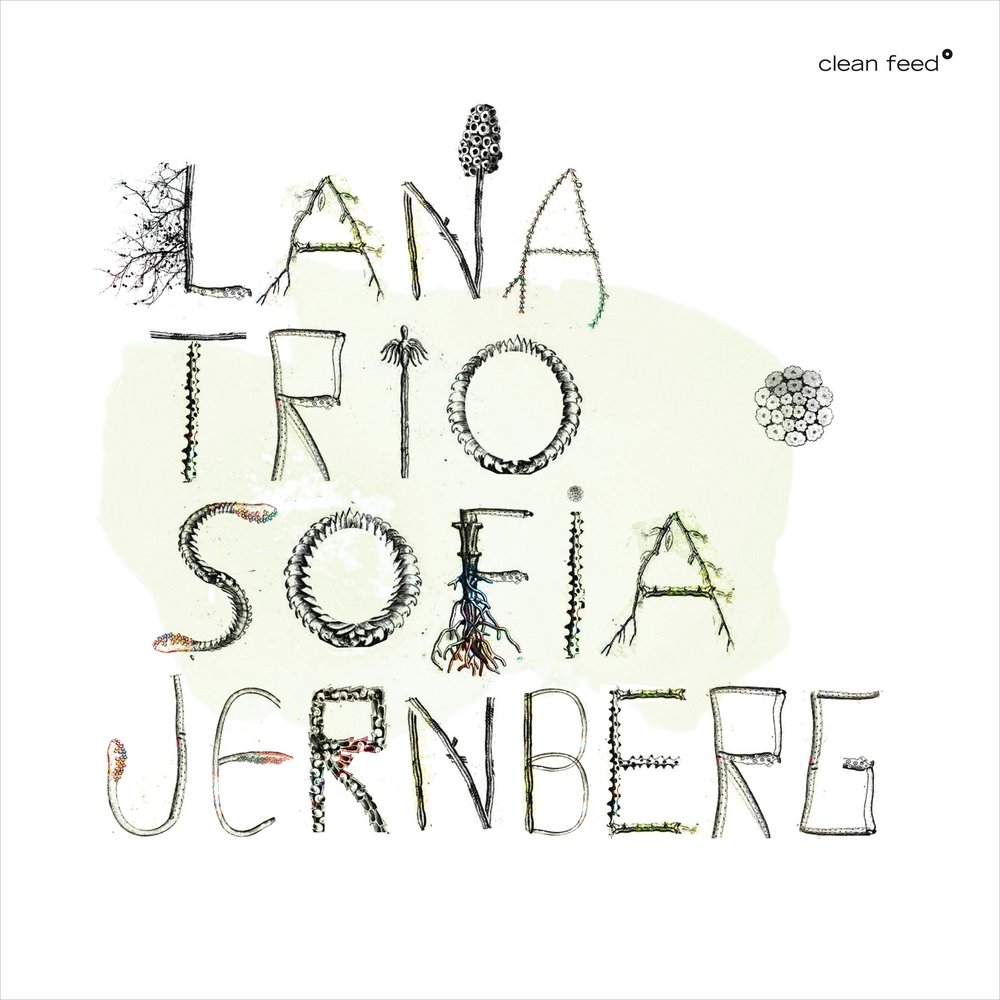 Trombone, piano and a drumkit with some extra percussive devices: this is the format chosen by Henrik Munkeby Nørstebø, Kjetil Jerve and Andreas Wildhagen for Lana trio, a Norwegian experimental band formed in 2007, playing uncompromising improvisations focusing on a continuous personal and social creation process.

For their third record, they have a fourth contributor in Sofia Jernberg, a Swedish singer with both classical and jazz backgrounds who has become one of the most intriguing innovators in vocal music today, rapidly gaining the same projection achieved by Phil Minton and Sidsel Endresen. The music played together by Lana trio and Jernberg is wild but focused, in a kind of orchestrated chaos capable to constantly surprise and seduce you, turning unexpectedly accessible what is difficult and sometimes even tough. This ability to move us without making concessions is a rare thing, a preciosity in what concerns the communication between a group of artists and their listeners. 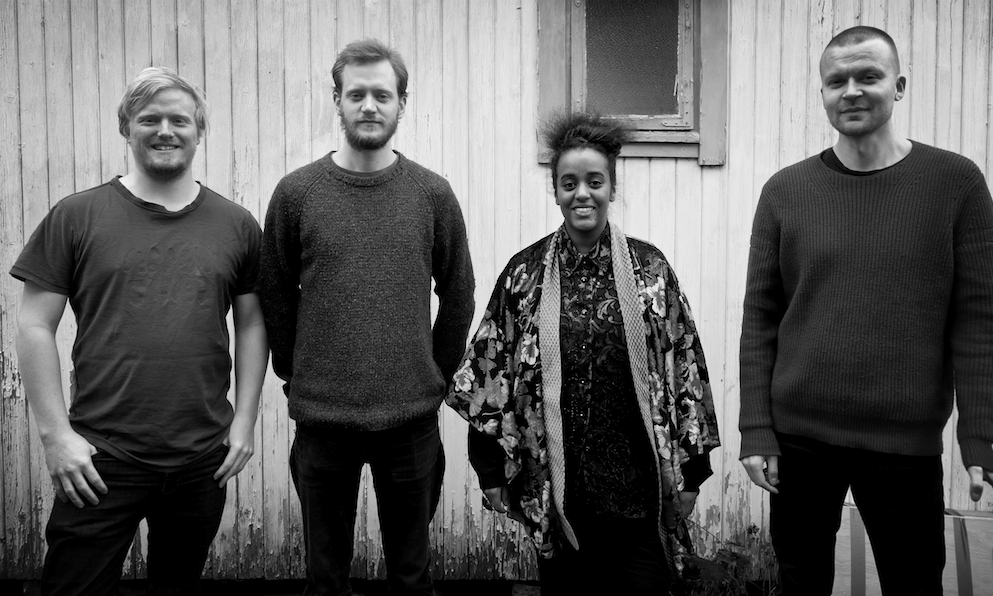 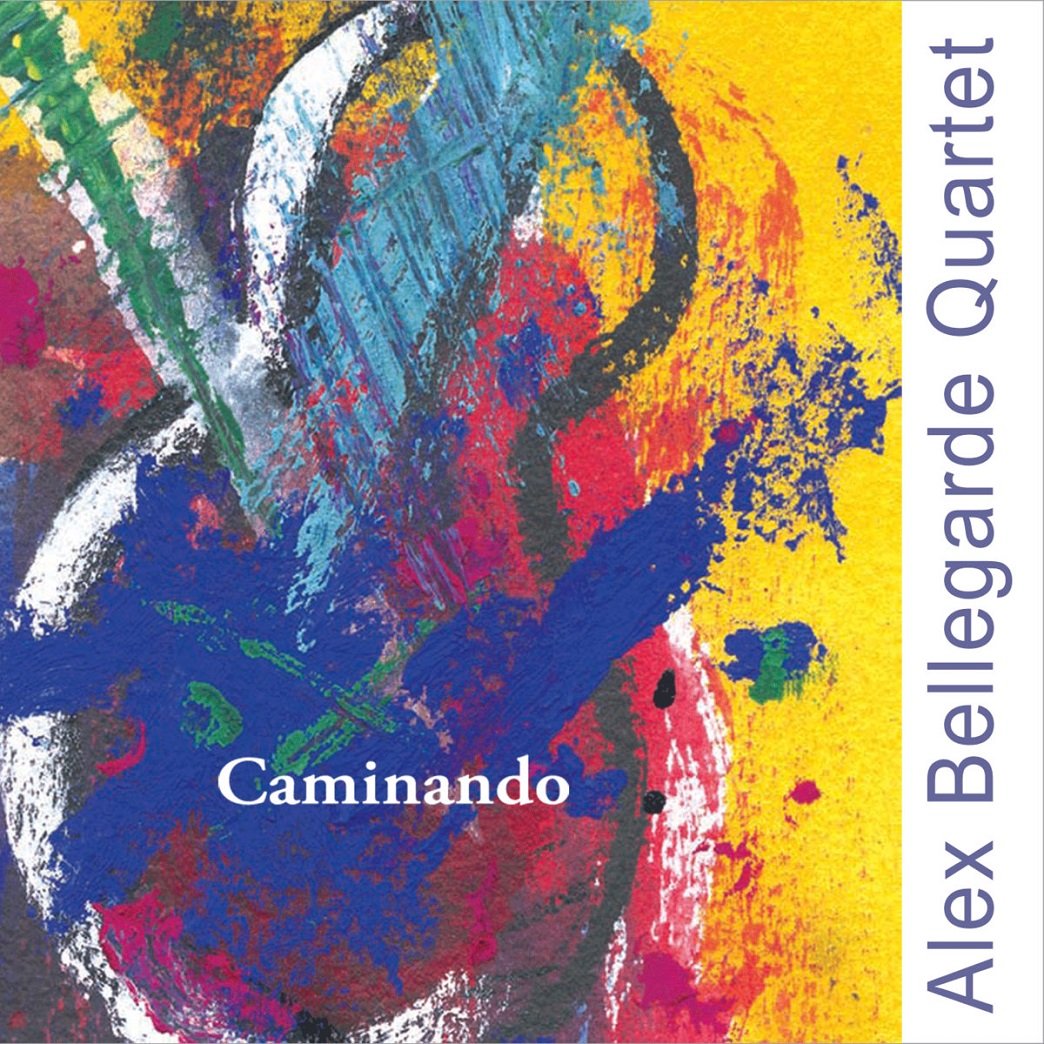 "I love the freedom of jazz and the joy of Cuban rhythms. I wanted to write music that reflects this and makes the best of each musician’s unique style: Cuban-born pianist Yoël Diaz, alto saxophonist Erik Hove, and drummer Yvon Plouffe. Guest percussionist, Cuban-born Orlando Lavielle on congas, joins us on the album which was cut in a single session at Studio Karisma, Montreal. My idea - to have a sound as close to ‘live’ as possible with the sort of playing which is spontaneous yet structured." Alex Bellegarde 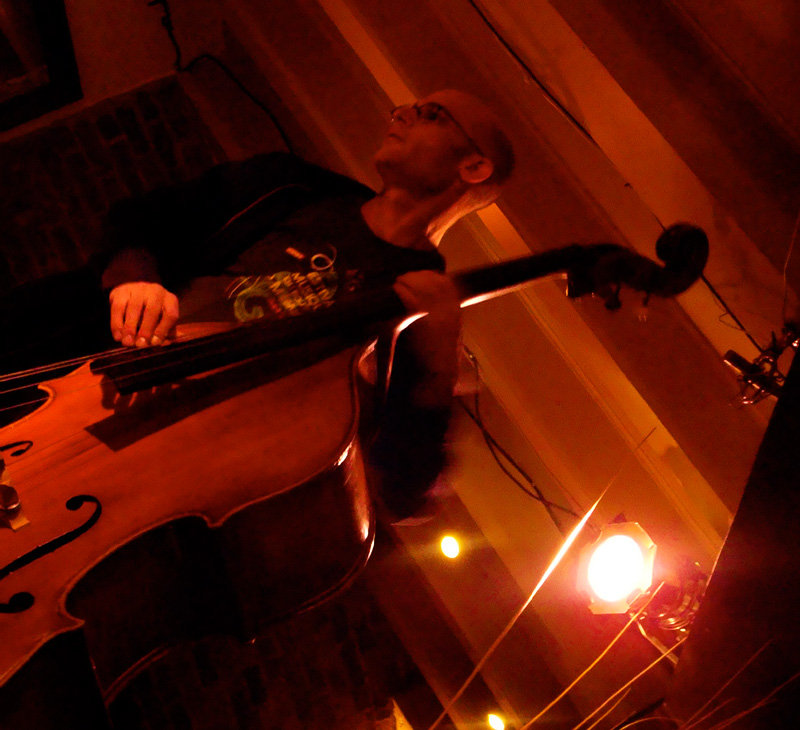 Bangin´ Bülows Nice Jazz Quartet is one of the most exiting jazz artists in Denmark right now. In 2014 they won a Danish Music Award for ‘Best upcoming band of the year’. Their second album ‘You’re Beautiful, I’m Beautiful Let’s Have a Beautiful Night’ have been played frequently on the Danish Jazz Radio P8 and received an award for one of the best albums in 2016! May 18, 2018 they release their third album called ‘Let’s Get Weird’. The album is recorded in New York with the world class jazz musician Gilad Hekselman as artistic producer. In the September 2016 Bangin’ Bülows travelled to New York city to record their 3rd studio album, under the wings of Gilad Hekselman.

Hekselman offered to produce the album, when he heard the band playing in Copenhagen in 2015. After the collaboration started, a lot of work was put into making this album something really special. It was recorded in the Bunker studio the 8th and 9th of September in New York. The album was later mixed by Ziv Ravitz and Gilad Hekselman. And finally mastered by Michael Perez-Cisneros. 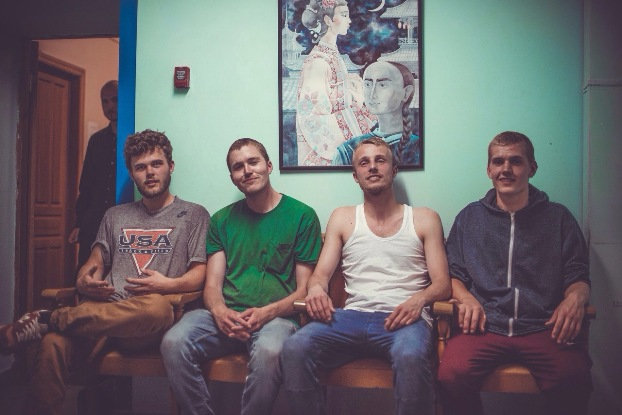 "From the first moment I heard these guys, I could tell they were dealing with very original, individual music that
has some influences, but mainly a unique sound and aesthetic of its own. This music is adventurous, daring, honest,
and groovy!" – Gilad Hekselman

“There is so much music out there today and the task of getting a unique sound and Identity is harder then ever. In this ocean of
music this band has managed to create such a strong voice and Identity! I am proud of their music and honest search of their voice.” – Ziv Ravitz