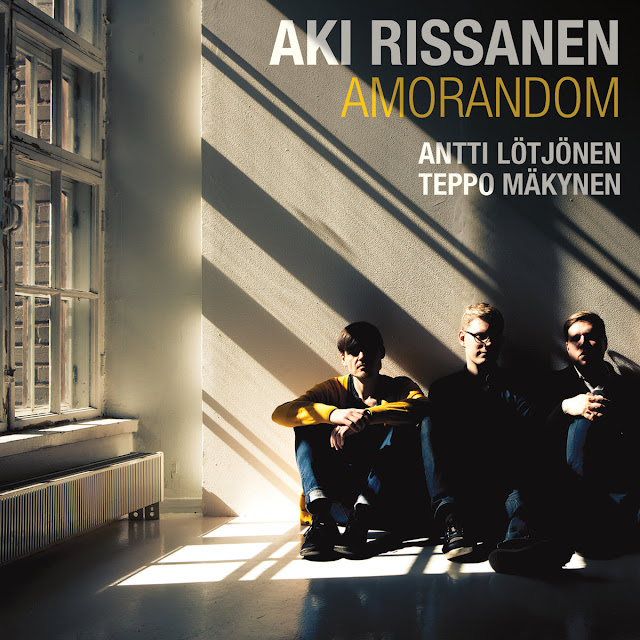 Amorandom is the new major international release from Finnish pianist and composer, Aki Rissanen, described as a ‘rising star around Europe’ by Downbeat Magazine in 2015.

‘Aki is a tremendously musical, passionate and soulful person and has a high energy level. He is one of the best young pianists I have heard in years’. DAVE LIEBMAN

‘A melodic imagination and instinct to bend the familiar into unfamiliar shapes’. GUARDIAN

Over the last few years Aki has quietly been building a name in the international jazz world both as a leader and as a sideman. With Amorandom, he delivers his most authoritative work to date. There's a fluidity in his playing and a boldness in his composing that deserves widespread praise and real recognition for one of the finest young European pianists. Described by Downbeat as a ‘rising star around Europe, Amorandom is the work that will introduce Aki Rissanen’s startling new talent to a global audience. 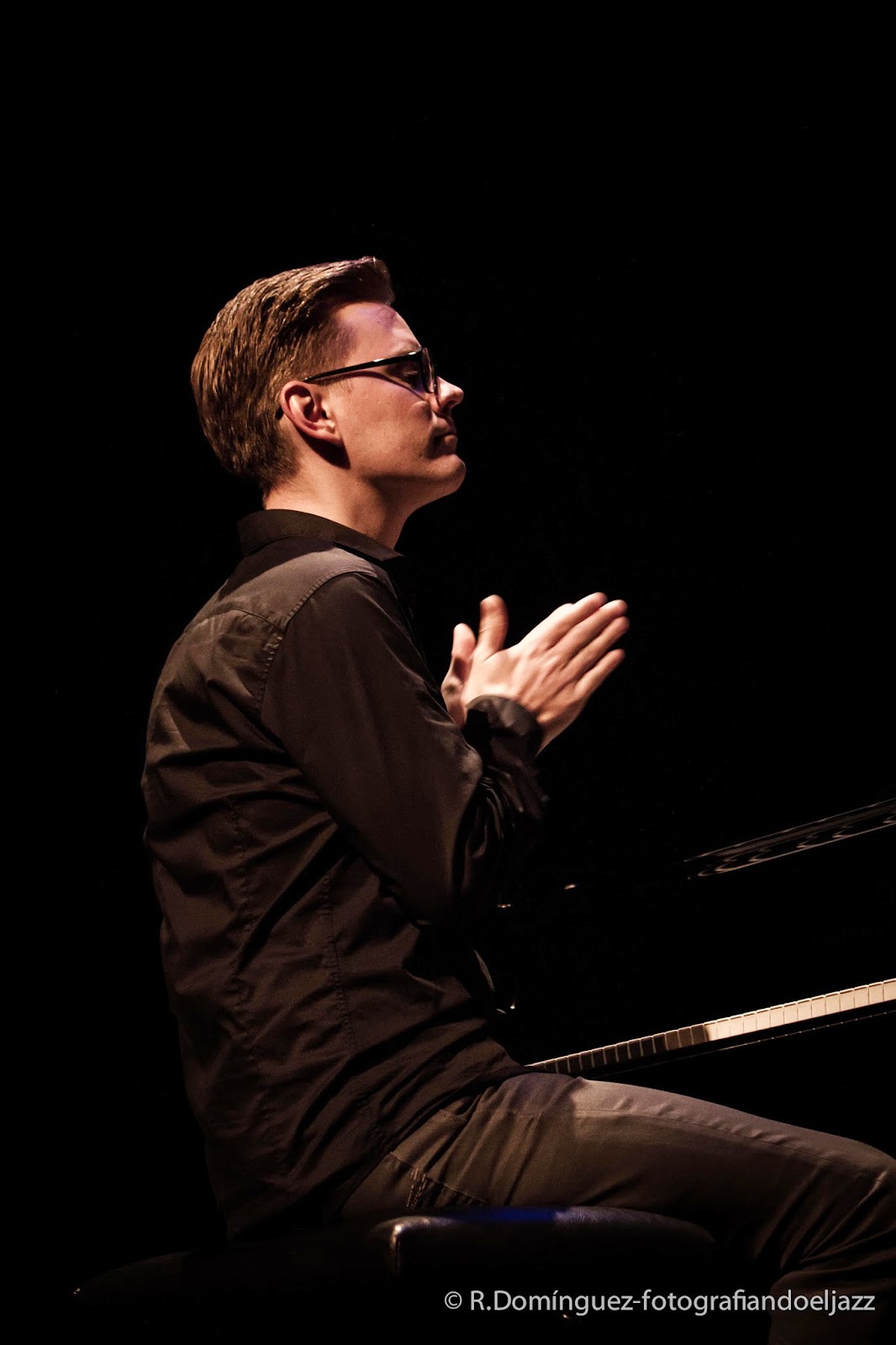 Many of today's jazz musicians are renaissance men. We have vast knowledge of the history and craftsmanship of several genres of music. Technology has indeed made it possible to explore music on the internet at a very fast pace. We seem to have “everything” at our finger tips. Maybe this is our way to keep up with today’s intense lifestyle, but this has often made me wonder, why cannot I focus on anything? Especially in a small country like Finland, I've found myself playing all kind of things, from mainstream to avant-garde and almost everything in between. I've faced the problem that many other artists have encountered too, how to concentrate on one's own music while still being involved in many projects and styles? Nevertheless, as demanding it has been, I've always liked the beautiful anxiety of being an artist and not knowing what is going to happen next!

For me, the piano trio has not been the dearest musical set-up. Although it offers lots of liberty and chances to use the piano's full capabilities in communication with the other musicians, I've always felt that there are too many good trios around and everything has been done before. It took guts to make a trio album. Fortunately, my fellow musicians here came to help me at the perfect time. The trio was really born under the lucky stars! The readiness of these musicians is fascinating and there is no real need for verbalizing anything, neither in studio nor on stage. People ask me if there are any other players in Finland because those two seem to be everywhere. The answer is yes, but there is only one Antti and one Teppo!

The music on this album is based on an animation movie to which I composed a sound track few years ago. Although the original music has gone through many stages of transformation, you can still hear a cinematic flavor in it. I also felt mature enough not to hide my musical influences which are pretty evident, but at the same time I feel that my own voice is more present than ever before. In a way, I have needed to step a bit back in time to be able to side-slip from what I have been to who I am now (and maybe will be in the future).

I want to thank Antti and Teppo once again for their incredible musicianship, my sound engineer Mikko Raita, who has given lots of support at various stages of this album, my mastering engineer Svante Forsbäck, who made the music sound like silk, Tuula Leinonen and Markus Partanen for inviting me to score the movie, the artistic director of Koko Jazz Club in Helsinki, Timo Hirvonen, who has provided a spot for musically developing the trio to this point, and of course Dave Stapleton from Edition Records for his trust and the most pleasant beginning of a collaboration! And last but definitely not least, I owe my deepest gratitude to Nathalie who has always believed in me. 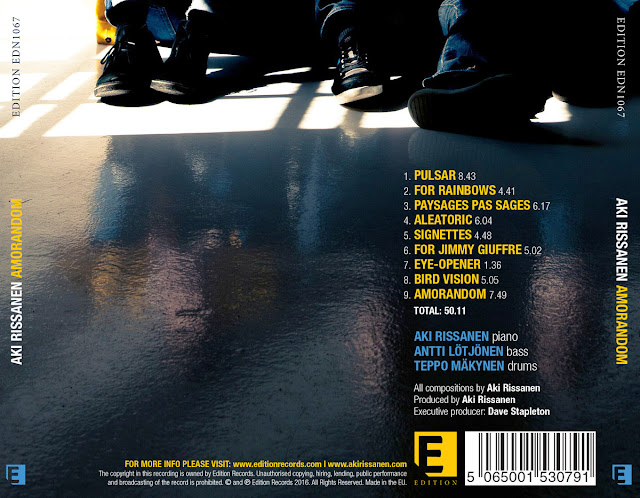 All music composed by Aki Rissanen and arranged by the trio. 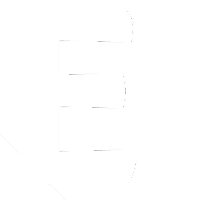 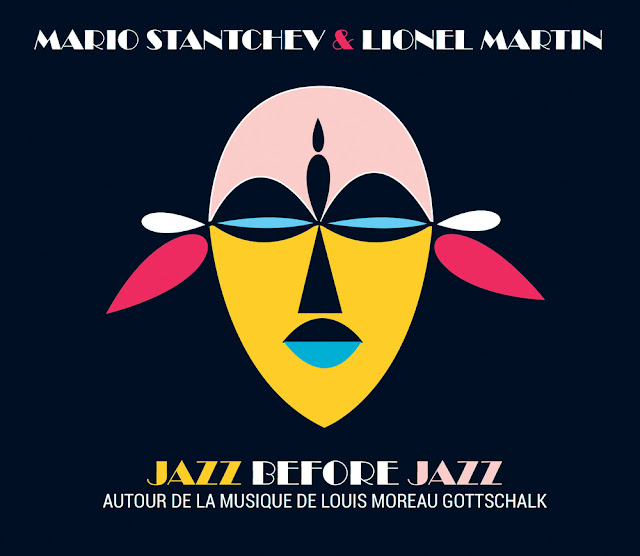 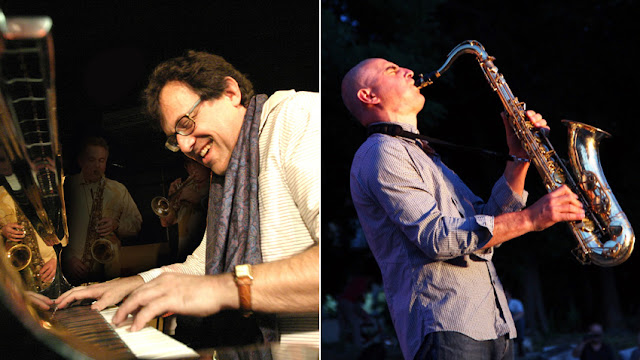 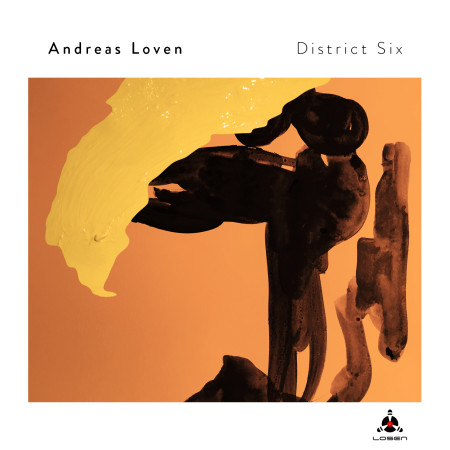 Source: sisgwenjazz. The image of Cape Town and its music is very different from the reality.

The image is infested by a myriad stereotypes constantly recurring on postcards and album covers: merry, gap-toothed klopse players with banjos stepping out to a goema beat; the mountain and the sea; the giant, seminal shadows of Abdullah Ibrahim at the keyboard and Basil Coetzee on sax; the call to prayer; the tragic clearance of District Six; the brightly-painted plasterwork of the Bo-Kaap.

The reality encompasses all these, but a great deal more as well. The Western Cape coast was an ancient place of Khoisan settlement, central to the spirituality of those communities before ever the Cape Coast was on the horizon for European colonisers. The first full shipment of slaves offloaded at the Cape of Good Hope by the Dutch East India Company in 1658 comprised 174 captives from Angola. Slaves and political prisoners came from Madagascar, Java and elsewhere in Southeast Asia, as well as Mozambicans destined to be shipped onwards to Brazil. Xhosa-speaking peoples were forced westwards by the British during the Third Frontier War. Seaports are by definition cosmopolitan places, but Cape Town’s cosmopolitanism was shaded by tragedy, displacement, and force long before the apartheid authorities razed District Six in 1966.

All those heritages – Asian, Khoisan, Xhosa, West and East African, and European – are reflected in the sounds of the city’s music, along with the ever-present rolling sea, and an emotional legacy that can shift from carnival to sadness as fast as you can spin on a tickey. 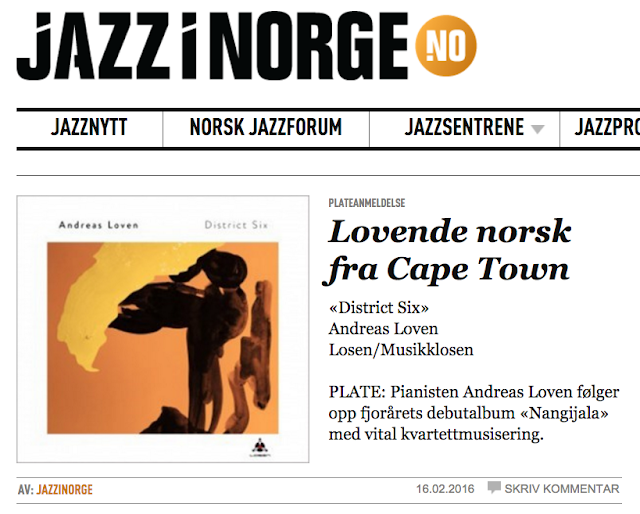 The result is both surprising and successful. Loven writes magically catchy tunes (the opener, Good News, is a positive earworm) that reflect both joy and melancholy. He’s a pianist with more than a little blues in his fingertips who doesn’t try to remind us of any of the classic Cape piano voices: rather, he brings who he is to the music.

We do get one number that offers a full-on goema beat, Inside District Six, but what makes the album most convincing in conjuring up the Cape is something more than that obvious marker of place: it’s the range of sounds and textures we hear on every number. On Roots, Loven reminds us that the piano is a thing of strings and hammers as well as keys and that there are Eastern as well as Western scales. African Piano explores the feel of classic 1970s South African jazz and pan-African multiple patterning. In a spine-chilling moment at the end, Wells’s saxophone harmonics reach back far beyond that history, to the overtone singing of the Xhosa-speaking peoples and the bow music of the Khoi and San. 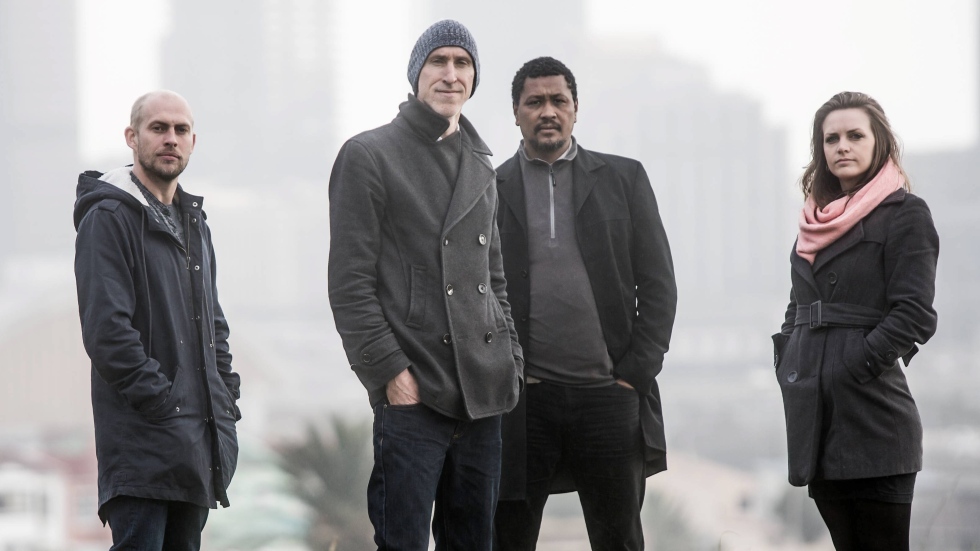 The playing is superb. Each player is thoughtful and empathetic, constantly creating space for the others and the melodies to breathe, and that feeling of clear light and space, perhaps, provides the Northern accent in the music. Benny can lay down a tight goema pattern (Inside District Six) or push an intense melody forward (The Boiler) without ever over-acting the parts: on this outing, nuance and subtlety are his middle names. And Brauteseth gets a lot of room here to demonstrate who she is, with some marvelously solemn and sonorous work on Roots and some solos that sing on both strings and voice. Wells, as usual, judges his contributions perfectly for the mood of the numbers, recalling the emotional power of both Mankunku and Robbie Jansen, filtered through his own contemplative restraint.

“Do you think a Norwegian can play goema?” Loven asked me in correspondence about the album. Well, yes – but more than that, District Six captures the feel and sonic textures of Cape Town in a way that’s both personal to the composer and instantly recognizable to the listener.

Posted by Republic of Jazz a la dirección 9:41 AM 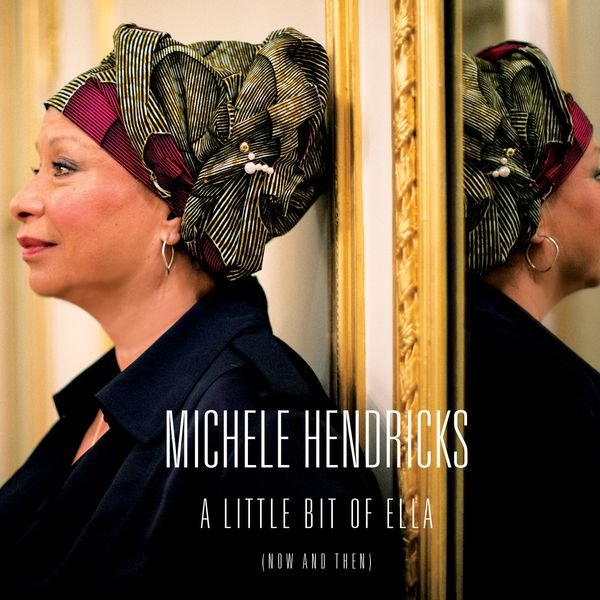 Michele Hendricks & Cristal Records présentent : A Little Bit of Ella (Now and Then) 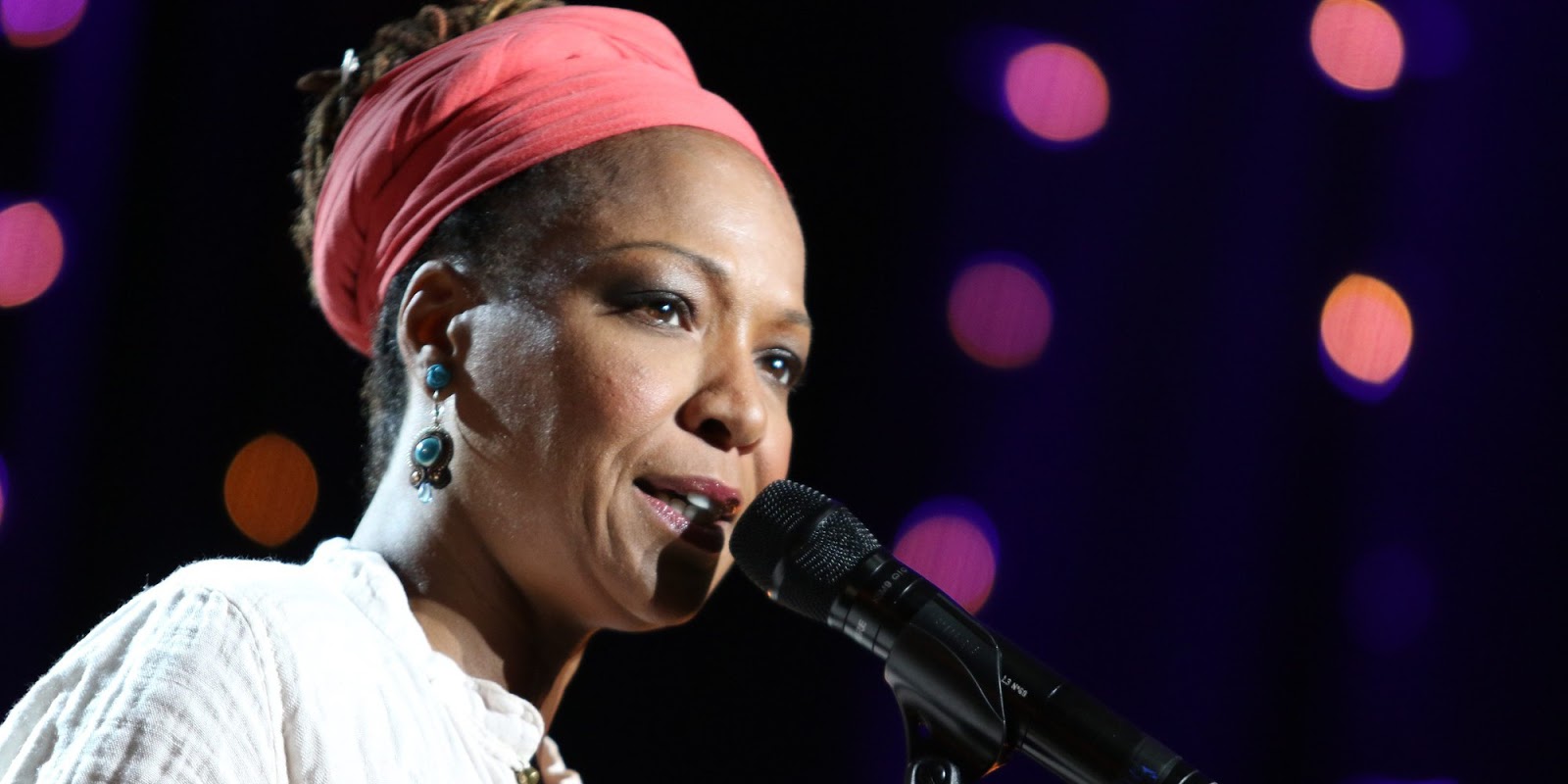 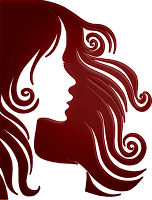