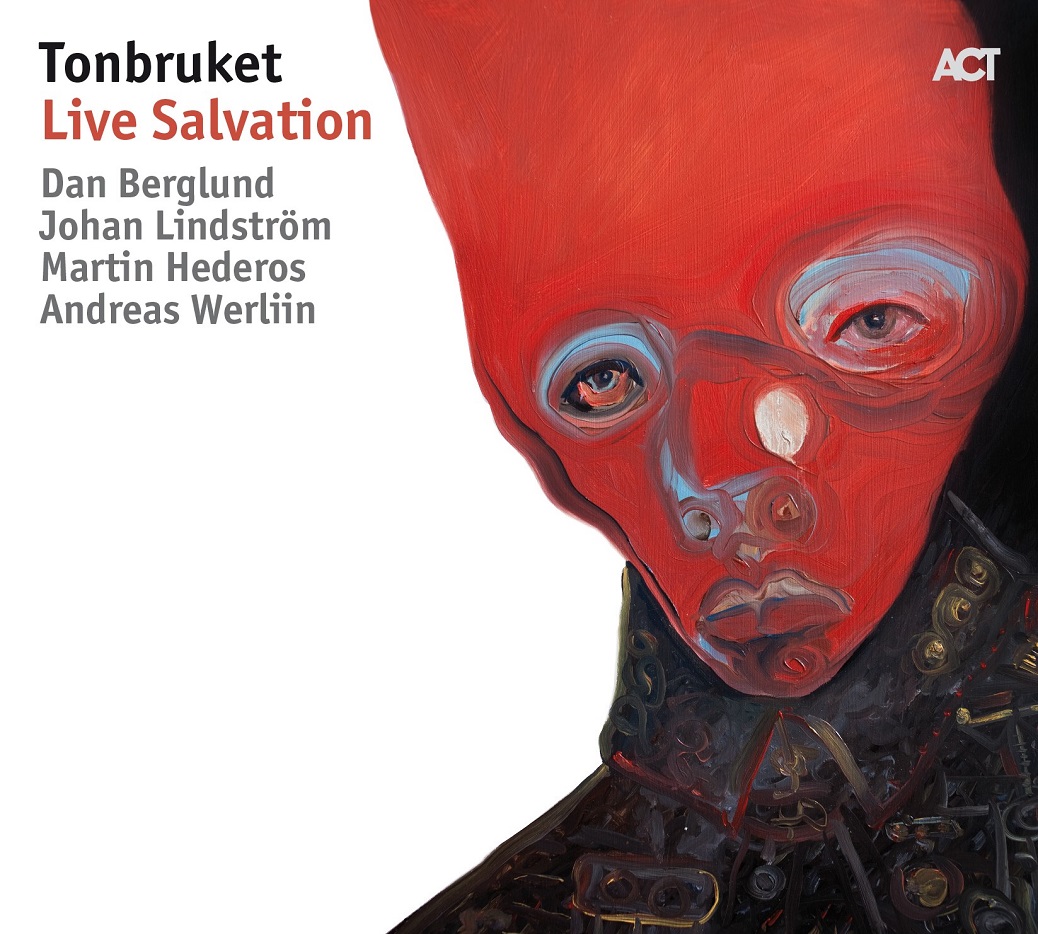 Tonbruket live on stage is an experience you will never forget: The superb concert recording „Live Salvation" captures the band’s fluidity as it moves from lulling and sensitive folk through playful and hip jazz, and onwards and outwards to ferocious full-on rock, casting the Swedish quartet in a different light from its award-winning studio recordings.

The dovetailing and the interaction between the musicians are immaculate. If no single band member appears to stand out as a soloist, it is because they have a way of all soloing together at the same time. "The team is the star," wrote the Esslinger Zeitung's critic in a highly enthusiastic review of the Tonbruket concert at Jazzclub Bix in Stuttgart which is now presented on this CD.

After nearly a full decade together, it is now apposite to look back and consider all that Tonbruket have achieved. They have made four highly acclaimed studio albums on ACT, each of which received a Swedish Grammy. They have also performed countless tours, and always with the same line-up, which is never something that should be taken for granted. It means that Dan Berglund, Johan Lindström, Martin Hederos and Andreas Werliin have grown together into a unit that can groove like a perfectly-oiled machine (Tonbruket in English means ‘sound factory’) and yet can also defy expectations with their poetic lightness.

“Salvation”. The album title evokes spiritual healing. These four Swedes don't just play because they always have, not just because they lived it large as teenagers in punk bands, nor because they studied music. They perform because it is their be-all and end-all, because their physical and mental health depends on it. The formation of the band in 2009 by Dan Berglund and Johan Lindström was preceded by a traumatic experience: the sudden death of the man who had been Berglund's closest musical colleague, pianist Esbjörn Svensson. That tragic event on June 14, 2008 brought his trio e.s.t.’s spectacular success story to an abrupt halt. 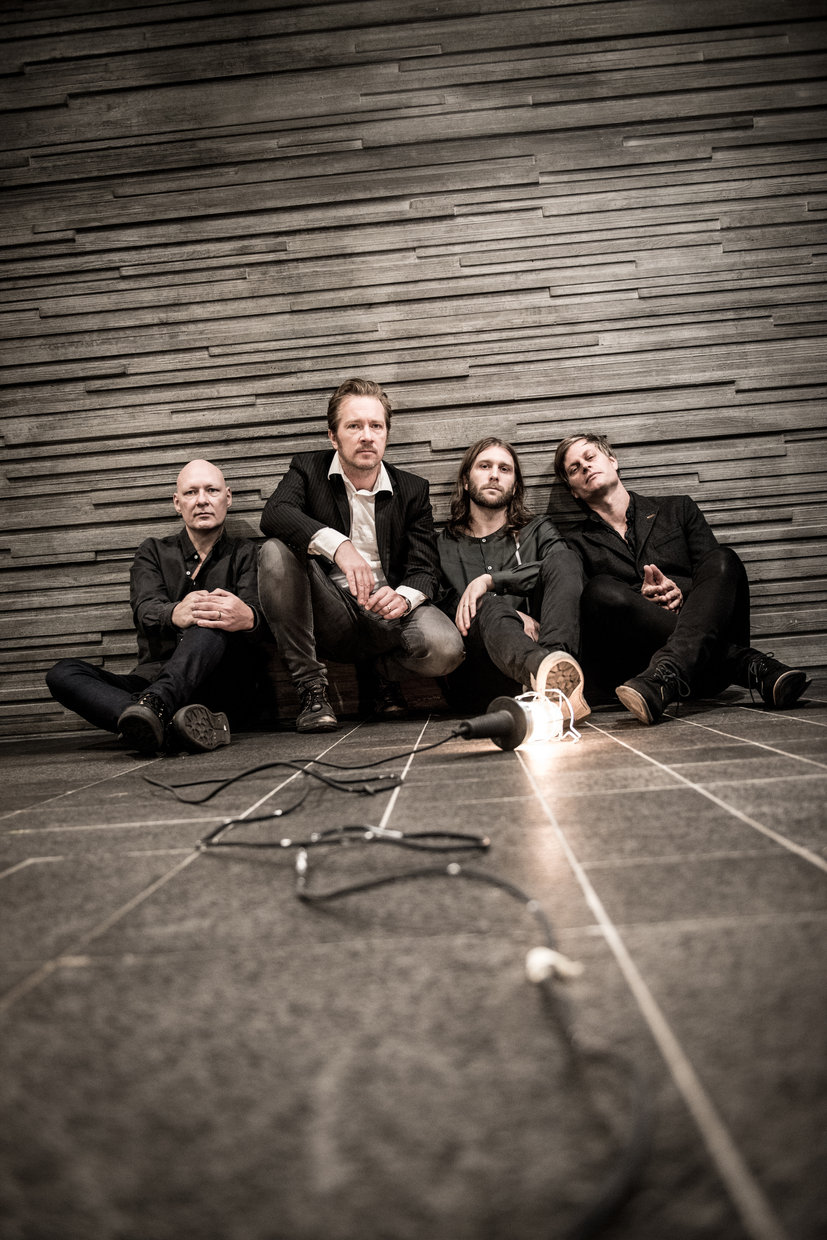 Anyone who has ever experienced a Tonbruket concert will have an idea of what this album has in store. The songs tend to be much longer than the precisely worked studio versions. There is time for solos – but they serve the tune in a way that they never feel like solos. The listener at a Tonbruket concert can relax, close their eyes, surrender completely to wondrously dreamy sounds...only to be subjected to a merciless onslaught. Is it “progressive?” It’s more than that: avant-garde folk meeting psychedelic jazz and progressive rock.

"The way the musicians interweave acoustic and electrical instruments is a particularly fine craft," wrote the German magazine Stern. Tonbruket played music from their last three albums in Stuttgart, and all eight songs on the album have a special, added, live dimension about them. "Dig It To The End" has a deep, earthy groove, to which Martin Hederos’ swinging honky-tonk piano lends an unexpected lightness. "Nightmusic", at twelve minutes, is almost twice as long as before. In its long keyboard passages Tonbruket show a Pink Floyd-like playfulness, which then in turn leads to bass solos by band founder Dan Berglund, shadowed by the ghostly rustling percussion of Andreas Werliins.

To end the album, the 14-minute “Vinegar Heart” offers a fabulous trip, leading from the abyss up into the light and the heights – and back down again. What begins with dub noise moments, turns into a gentle journey through the Appalachians with the howling pedal steel guitar of Johan Lindström. The Kölnischer Rundschau’s reviewer once summed it all up rather neatly :"An adventure trip through the past, present and future. It fits in no category – and it’s fun."

Cover art by Jesper Waldersten: Salvation, 2017
with the kind permission of the artist 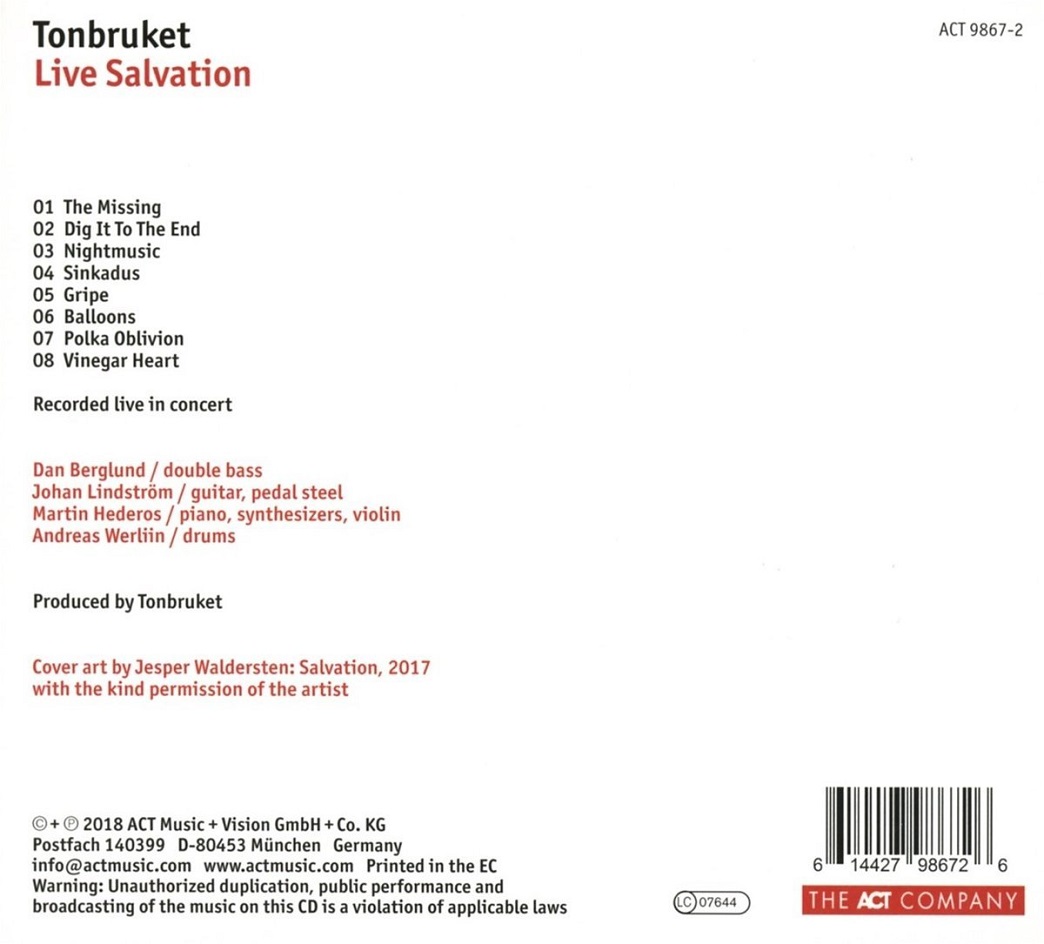 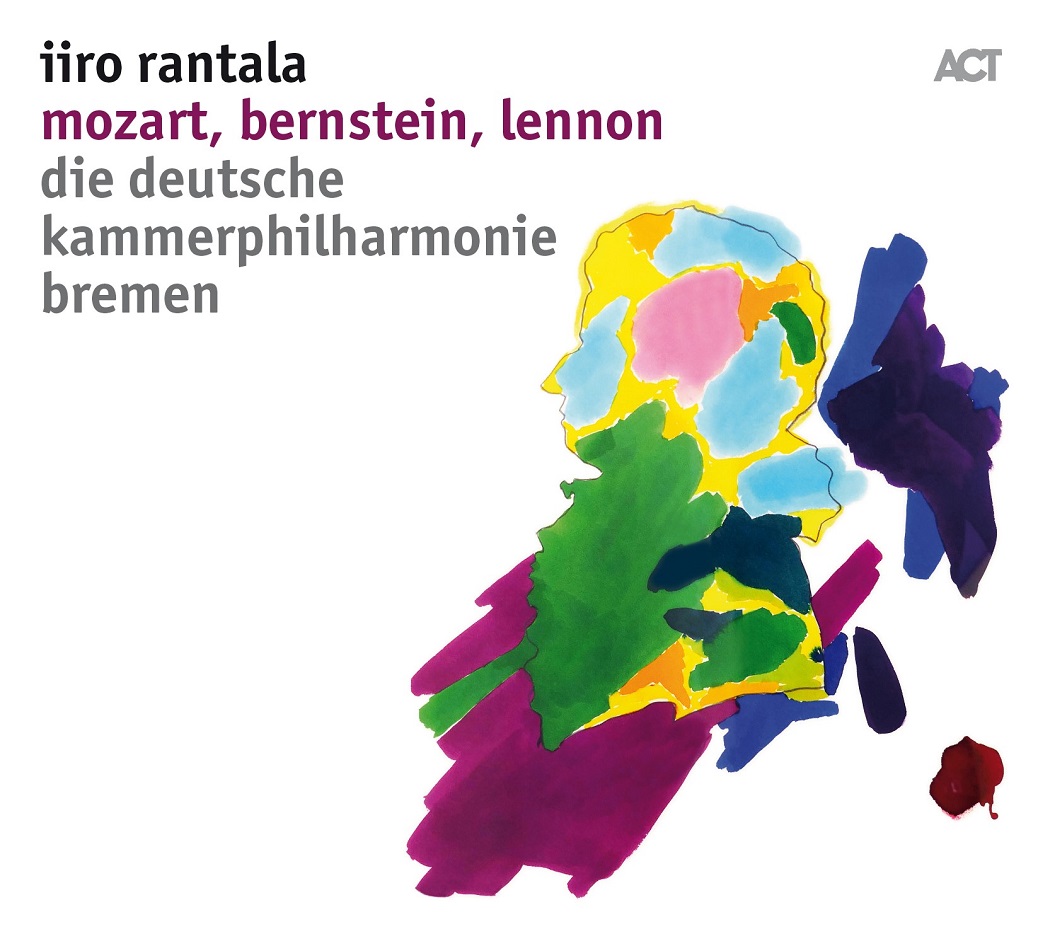 Long before he had heard the whole of Mozart’s C Major Piano Concerto, Finnish jazz pianist Iiro Rantala had known the andante. “The second movement,” he explains, “is on the soundtrack to the James Bond Film ‘The Spy Who Loved Me’. It’s the scene where they show you the underwater city – and it’s my absolute favourite Bond film.”

It was not until several years later that Rantala heard the whole concerto, KV 467, at a concert. When he did, he instantly fell in love with the piece. “The opening movement has something magical about it, it’s just a fantastic melody – and the music evolves as naturally as breathing.” His enthusiasm is evident: “All the themes, harmonies and rhythms of the work are composed with such perfection, it is almost preternatural.”

The pianist, who is also classically trained, had always dreamed of performing this concerto, so it was no surprise that when the opportunity came, he seized it with enthusiasm. It happened in 2017 at jazzahead! in Bremen in Germany. As a prominent representative of jazzahead!’s partner country Finland, Rantala was invited to devise the programme for the gala concert. And that much-lauded event is now available as a live recording.

His choice of the Deutsche Kammerphilharmonie Bremen (DKPB) had less to do with the ensemble's local roots in Bremen than the fact that Rantala has been aware of the orchestra for 35 years. Various DKPB recordings adorn his CD collection at home. He makes no secret of the esteem in which he holds them: “The Bremen Orchestra is the top chamber ensemble in Germany.” And it doesn't matter in the slightest to him that “the musicians didn't know me at all before...”

Orchestra and soloist worked in a spirit of curiosity and openness, and the result is a luminous and remarkably clear performance of the Mozart. Rantala and the Bremen musicians are well aware of the contrasts and tensions in their dialogue, such as when the pianist takes up the theme in the march-like allegro maestoso, and then progressively shapes and hones it, and takes it through to the broad sweep of the development section and the cadenza. 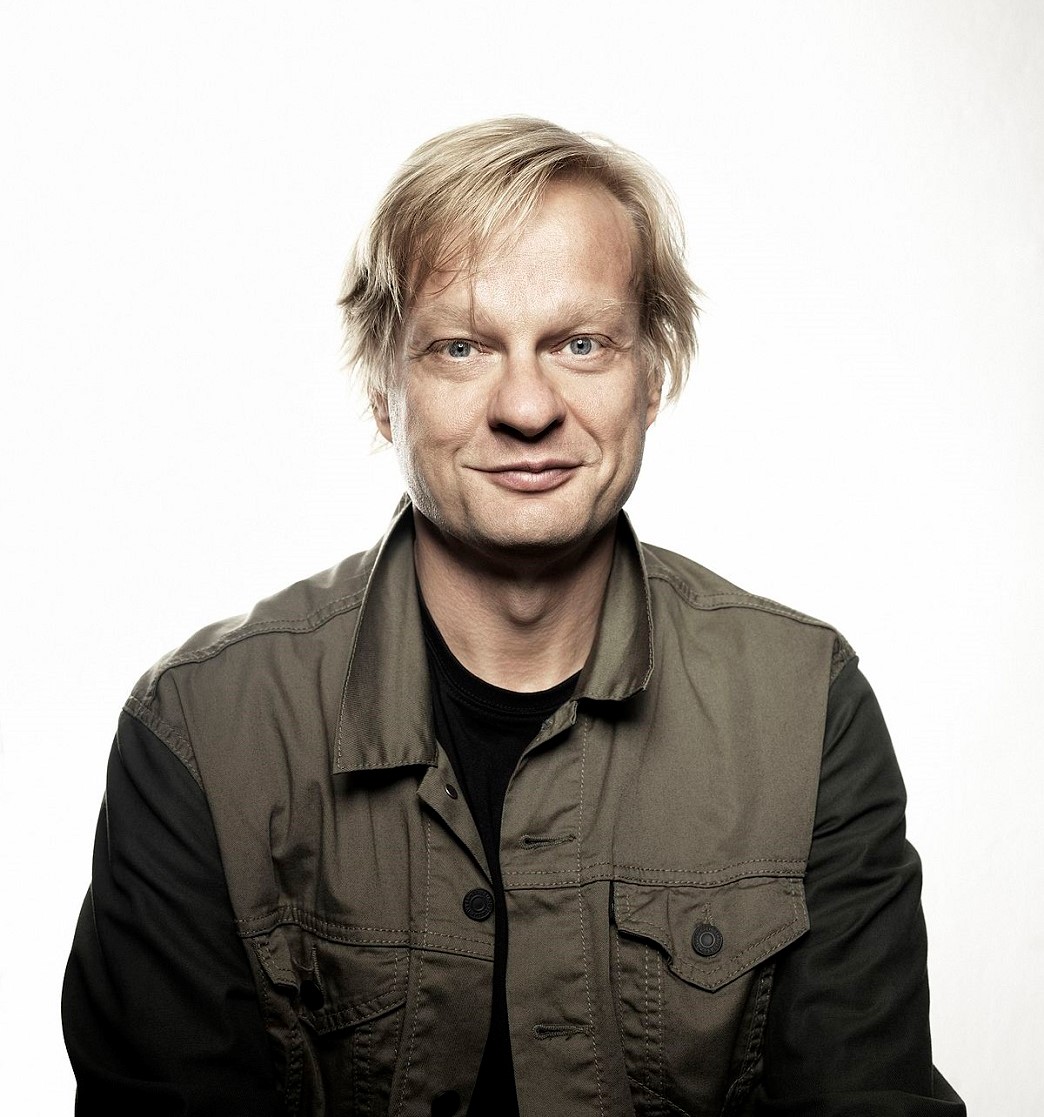 Both of the protagonists do justice to the profundity and concentrated energy of the finale, they ensure that the friction and harmonic adventures come to the fore – and yet at the same time find the calmness and lyricism of his beloved “Bond Andante”. It is a balance which is difficult to strike; but they do.

As a jazz pianist Rantala provided his own spontaneous improvisation for the cadenza. The decision not to use one of the existing classical versions of the cadenza came as no surprise to DKPB orchestra leader Florian Donderer. According to Donderer, the way it turned out demonstrated that “Iiro Rantala improvises in his own style, but there are also classical elements in his cadenza.” Rantala was pleased to received this compliment for his performance at this concert and on this recording, but the Finn points to something of more long-term significance going on:

“I would really like to rip down the barriers which continue to keep jazz and classical music apart - and I am convinced that we are on the right track with a common project like this.” Rantala predicts that any separation of the genres will have ceased to exist in a few decades' time - and the other pieces on this recording apart from the Mozart piano concerto follow that principle: there are, for example, solo interpretations of Leonard Bernstein's “Candide Overture” and John Lennon's “Imagine”, as well as arrangements of Rantala's own compositions with orchestral accompaniment. So... what is it? Some kind of smörgåsbord? The pianist, who is known for his quick wit and his playful sense of irony, smiles: “This is the kind of mixture I like to present in my concerts – and it certainly works well in those.”

And not only there, as this bridge established between the two worlds of music clearly demonstrates. In pieces such as “Freedom” or “Tears For Esbjörn”, Rantala maintains a melody-oriented jazz style that is his and his alone. As Donderer observes: “classical music always shines through in his compositions.” Rantala’s musical travels take in the whole world, and he knows the kind of companions he likes to be with: artists who also have his level of open-mindedness. And the inevitable result is that new and unexpected musical horizons come into view. 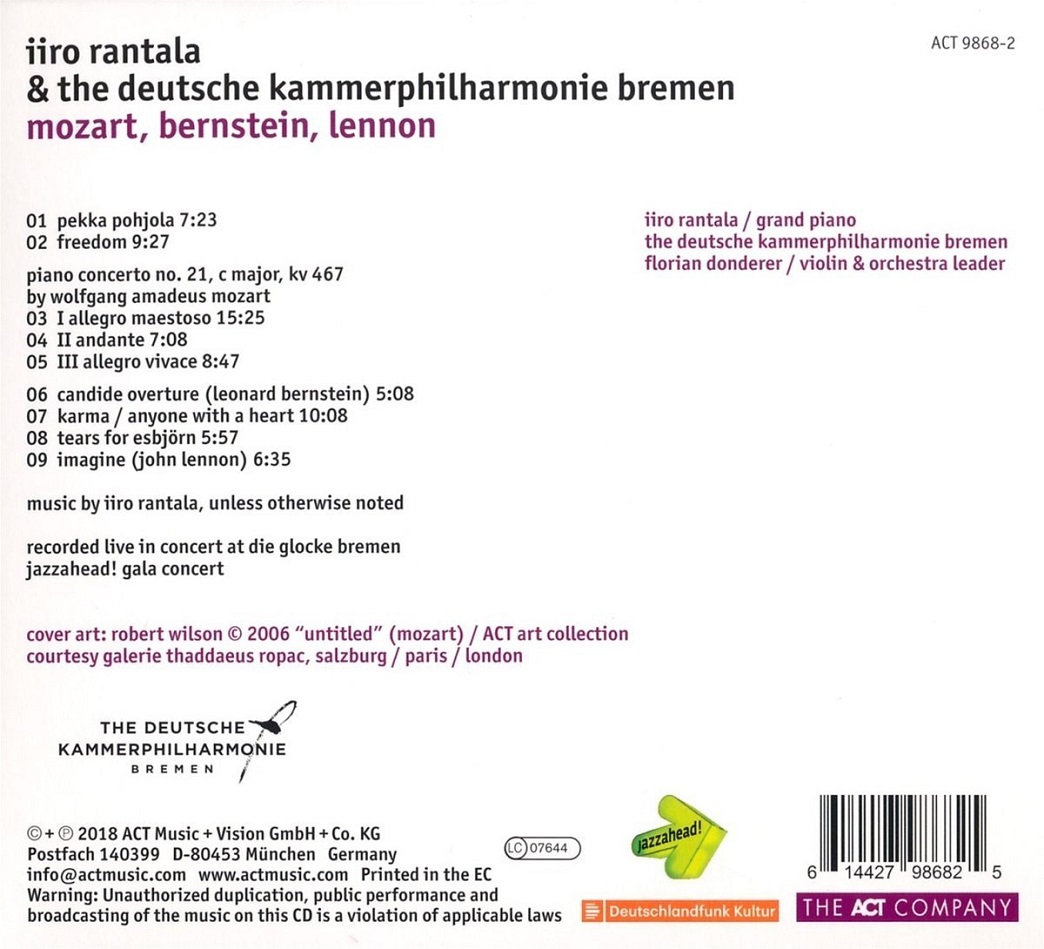 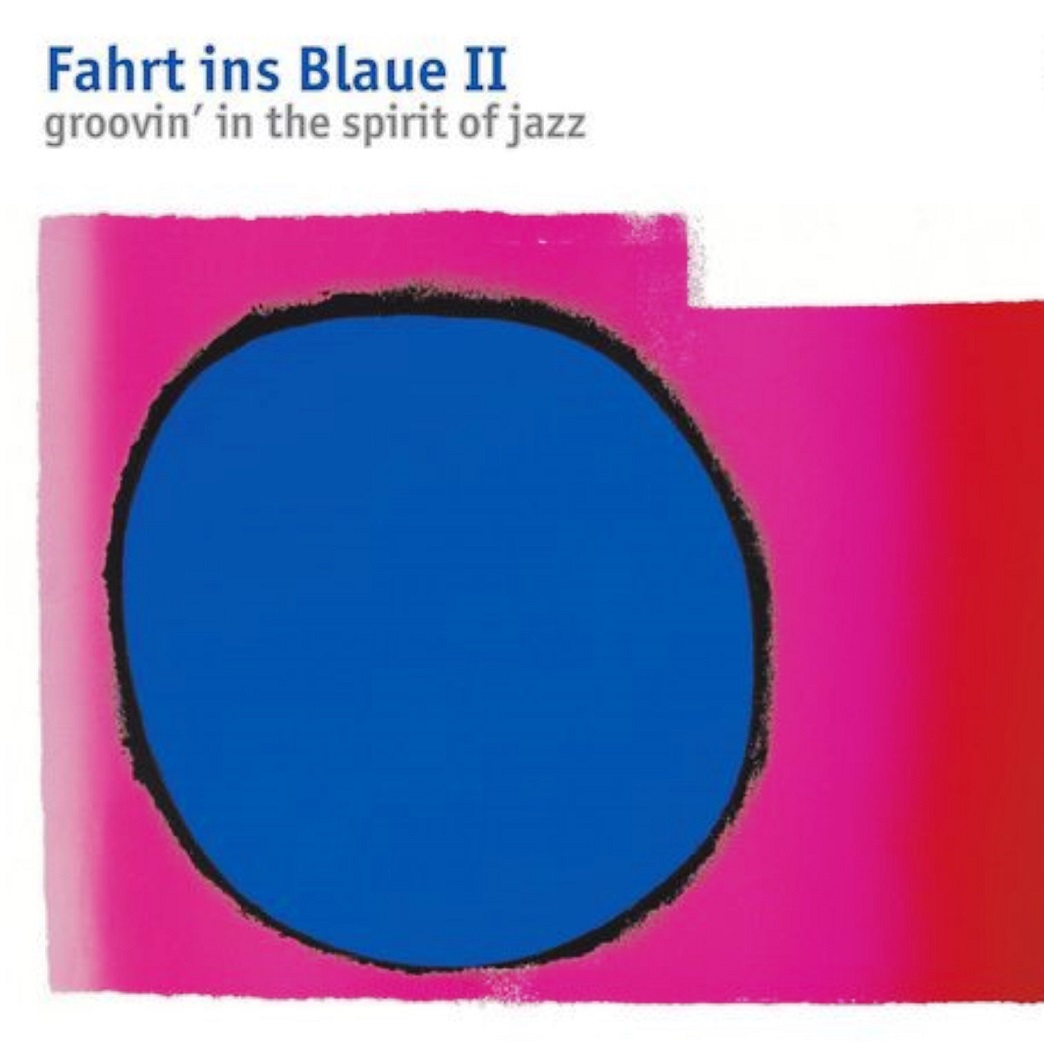 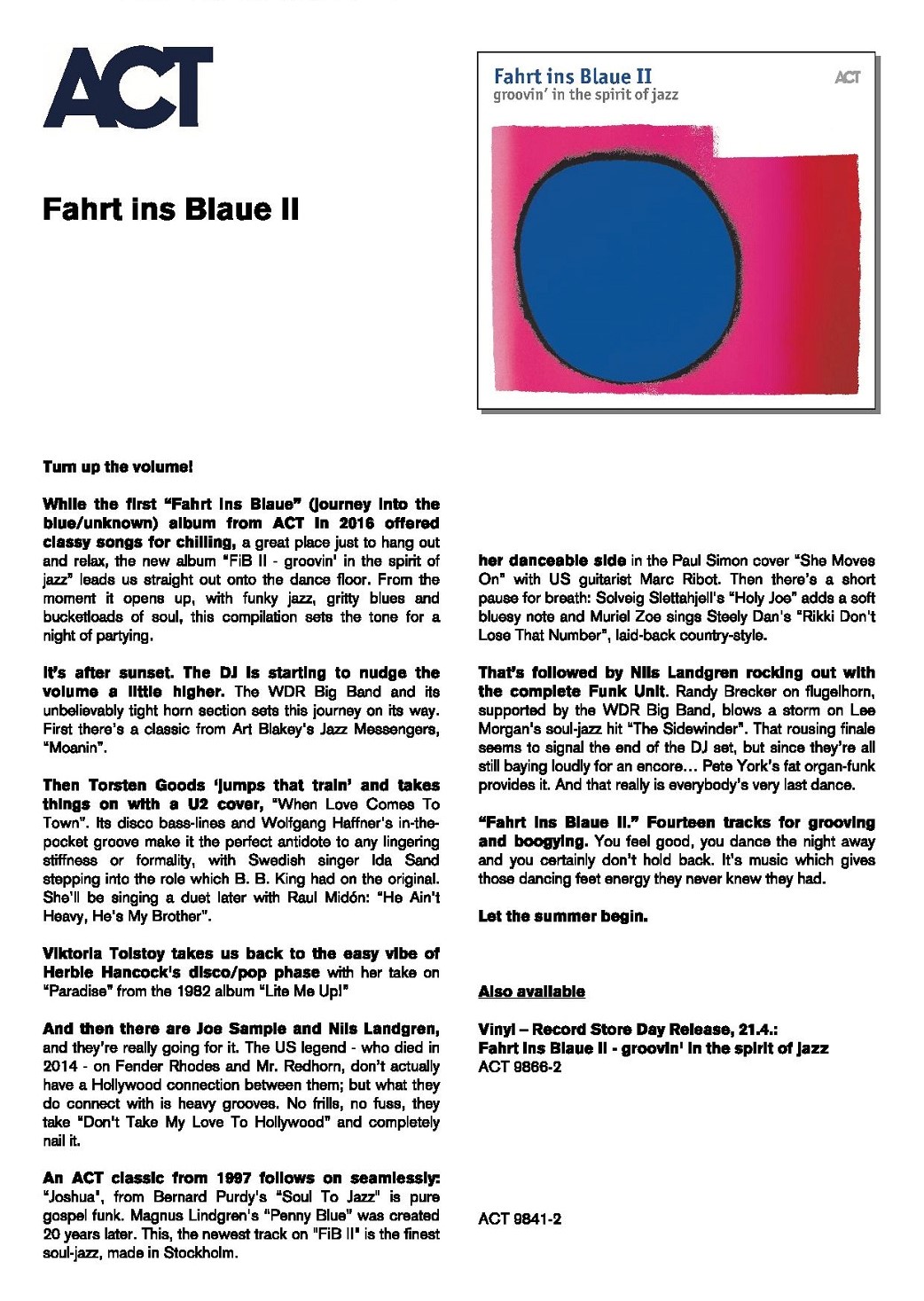 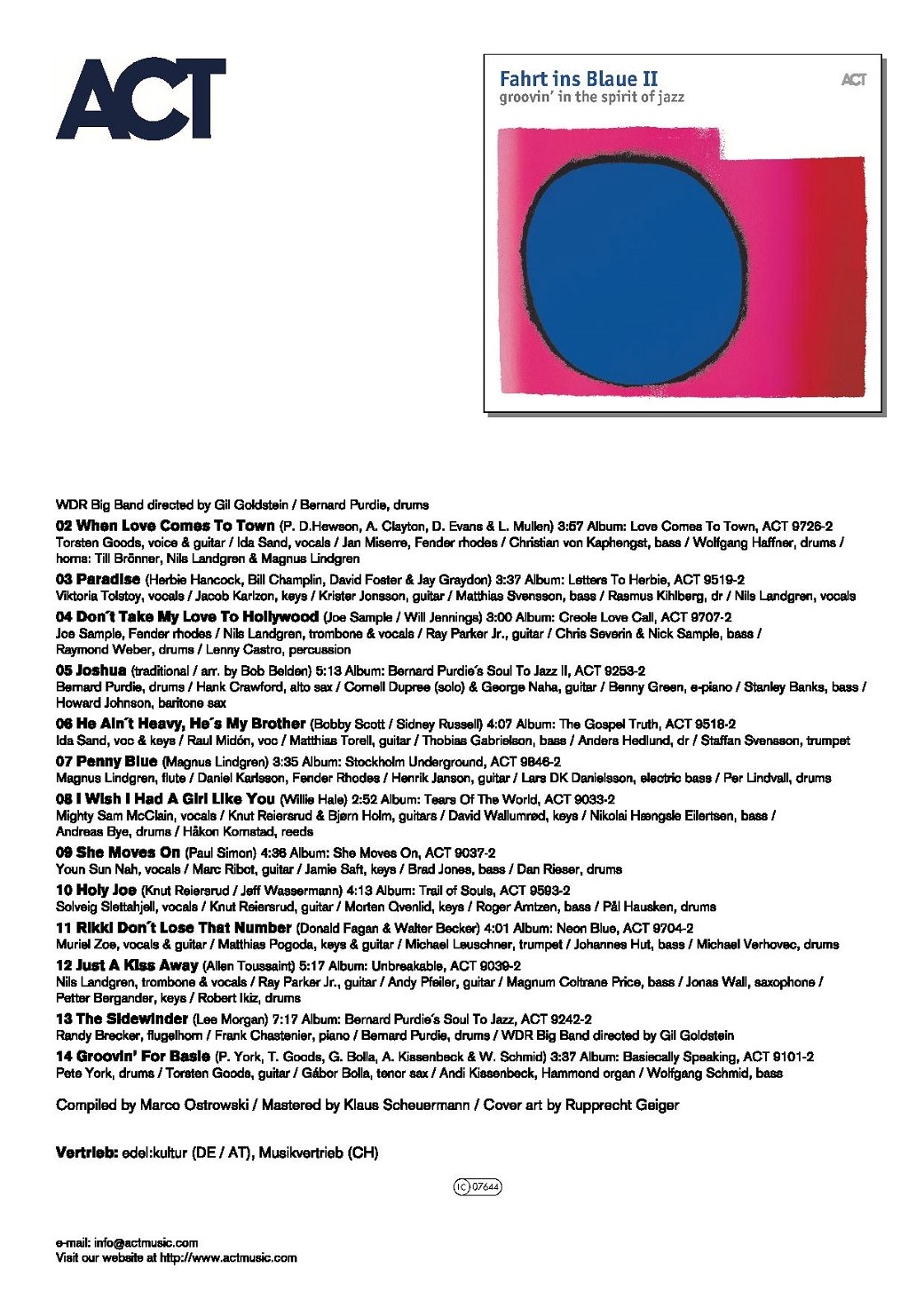 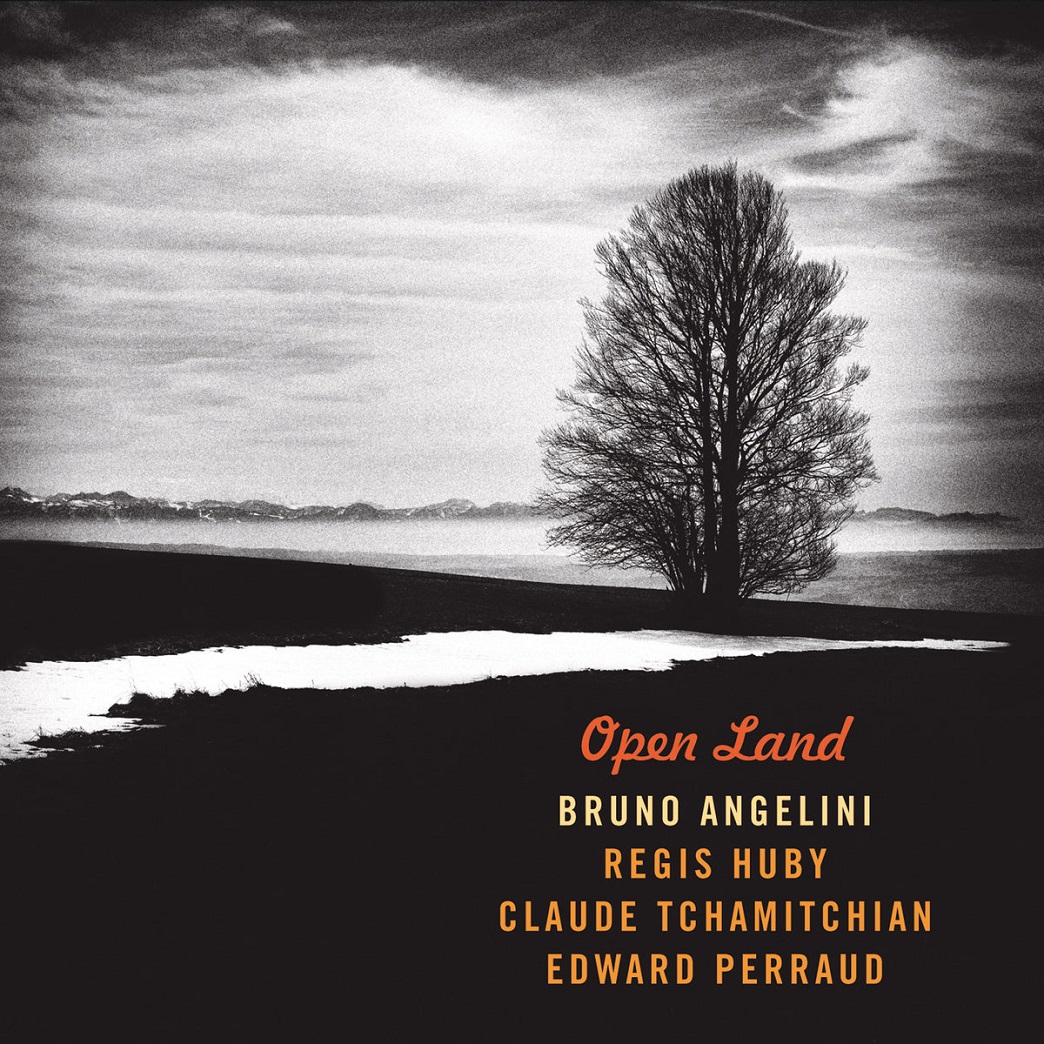 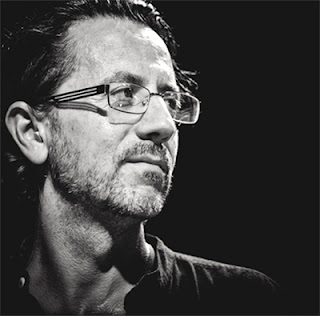 Bruno Angelini is an atypical pianist, endowed with a very personal world as composer and pianist. He is searching his notes as "others sieve the water, looking for gold."

With the Open Land Quartet, he released a first album "Instant Sharings",  a serene and gentle music of great intensity, which takes the time to blossom and grow in tension.

The depth of Claude Tchamitchian's double bass, Regis Huby's lyricism (at both acoustic and electric violins) and the freedom and creativity of percussionist Edward Perraud all participate in a quest of intense beauty that was both plebiscited by the public and well greeted by the press.


« It's a music that only jazz musicians can manage to create. Enchanting.» Franck Bergerot for Jazzmag

Bruno Angelini's latest compositions were tailor-made for this chamber group in order to explore new ways of communicating through Music. This new album will surely constitute an intense continuation for "Instant Sharings". 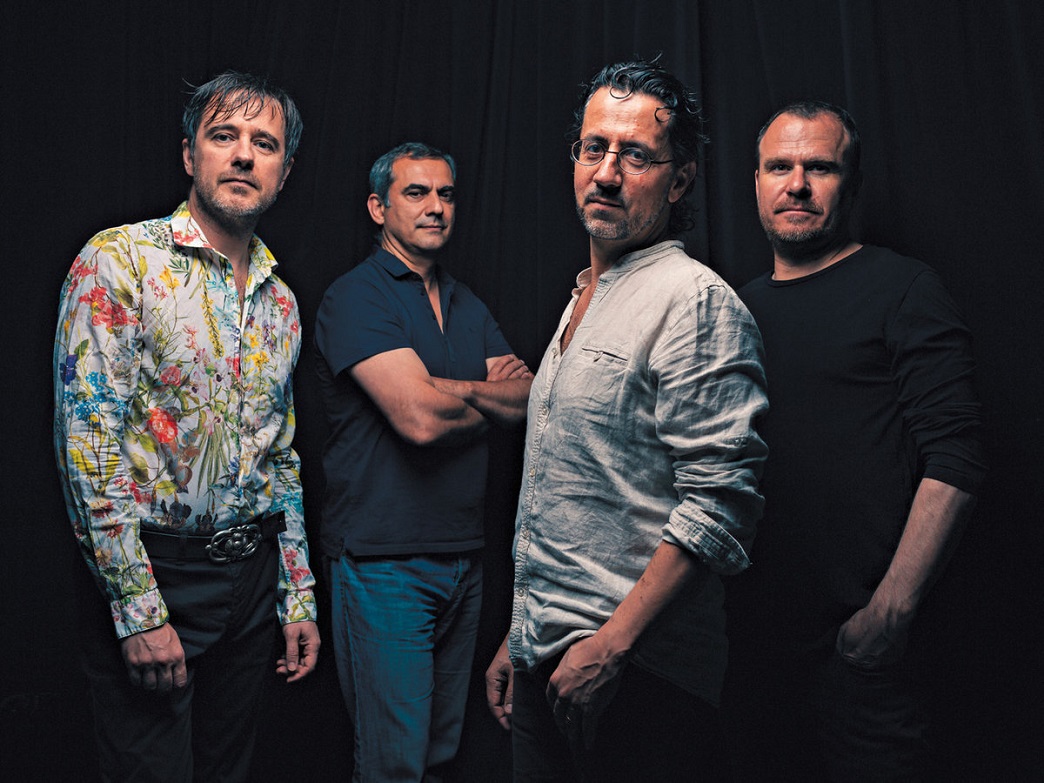 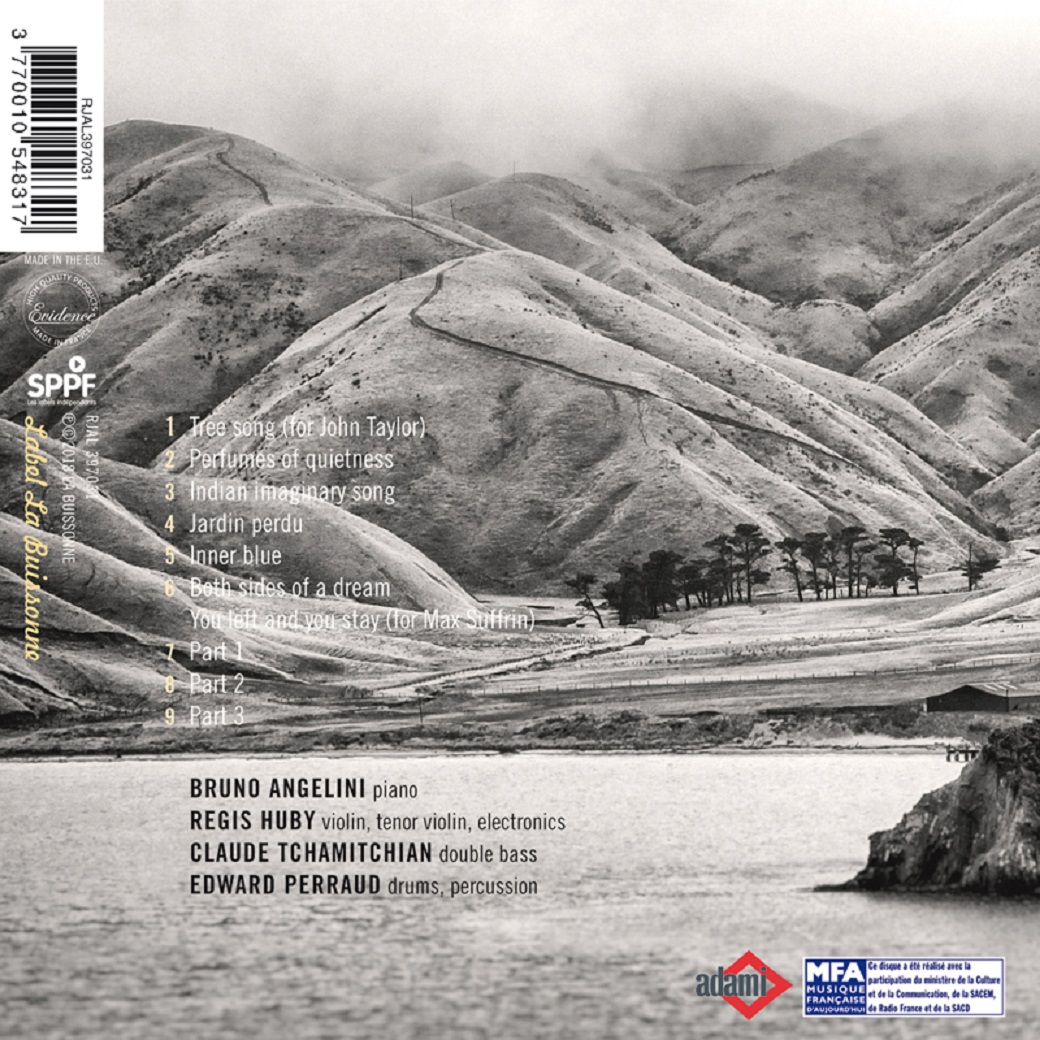 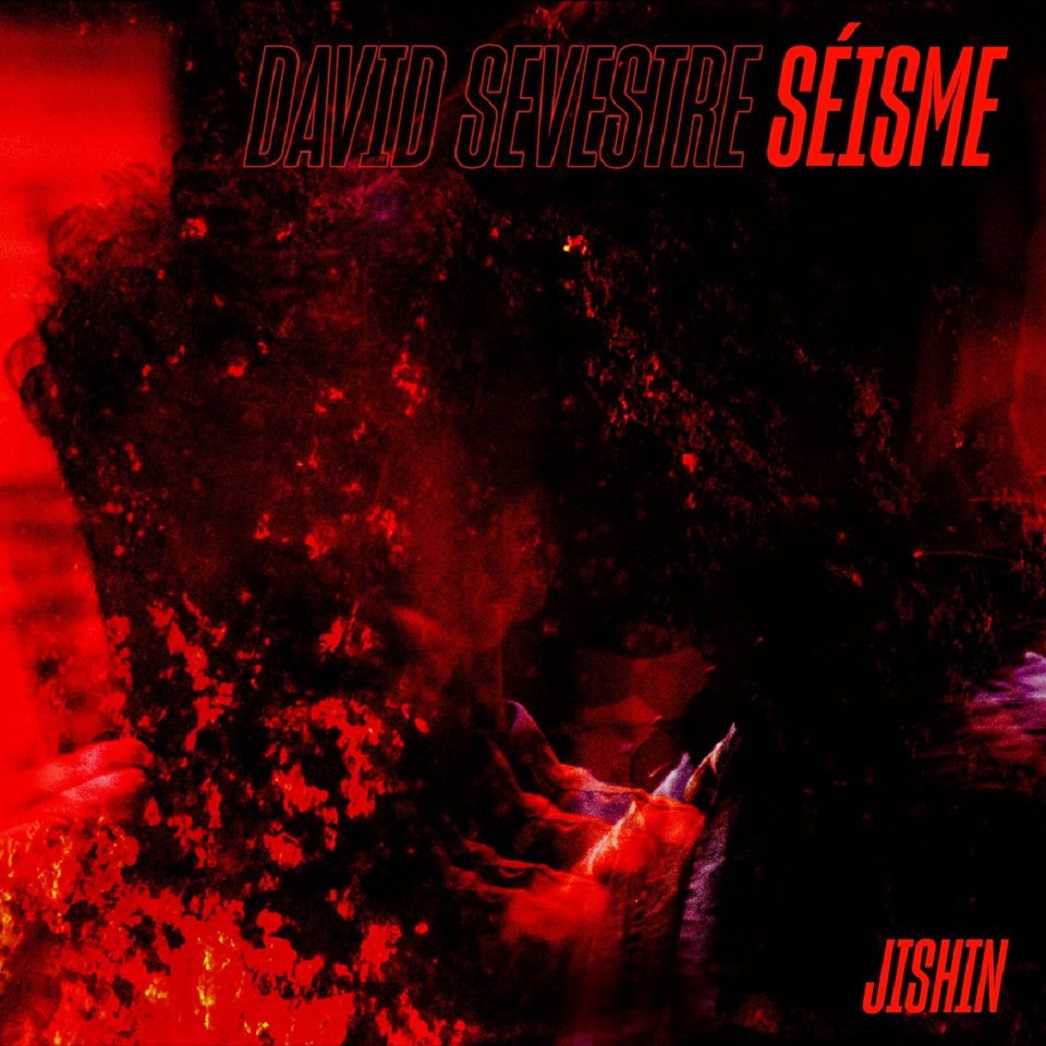 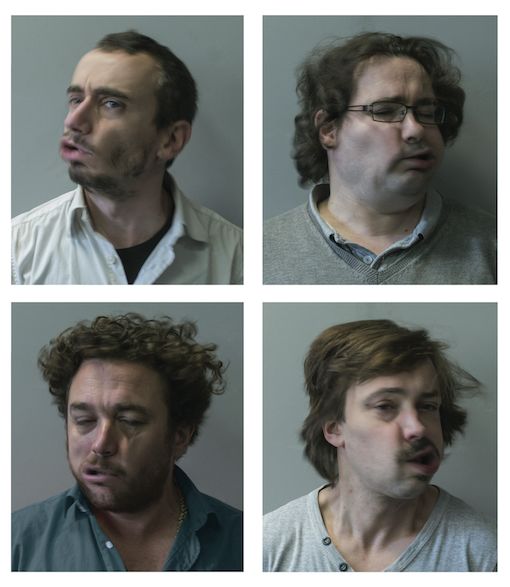 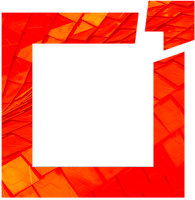 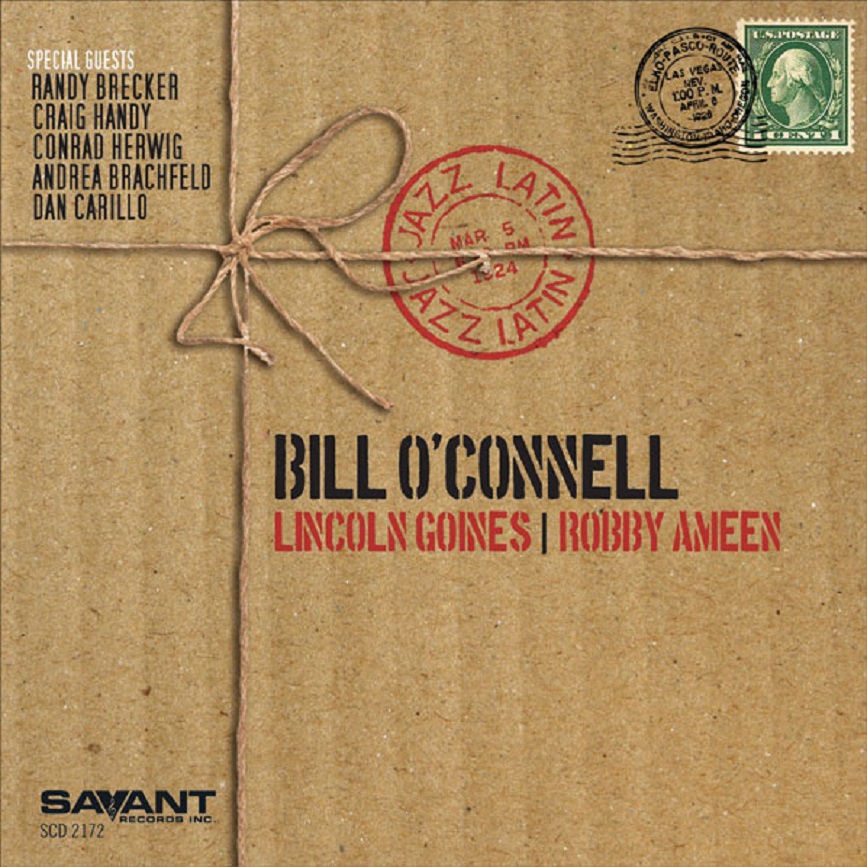 Bill O'Connell's pianism has always been known for it's razor-sharp rhythmic sense, clean articulation and phrasing which is as affectionate as it is unfussy. And although the idiom often demands fire and verve one must never lose sight of O'Connell's graceful dynamics which give his lines interesting twists and turns that dart and swerve with spontaneous freedom. With friends like Randy Brecker, Craig Handy, Conrad Herwig, Andrea Brachfeld and Dan Carillo on hand, Jazz Latin is more than a release, it is an event. 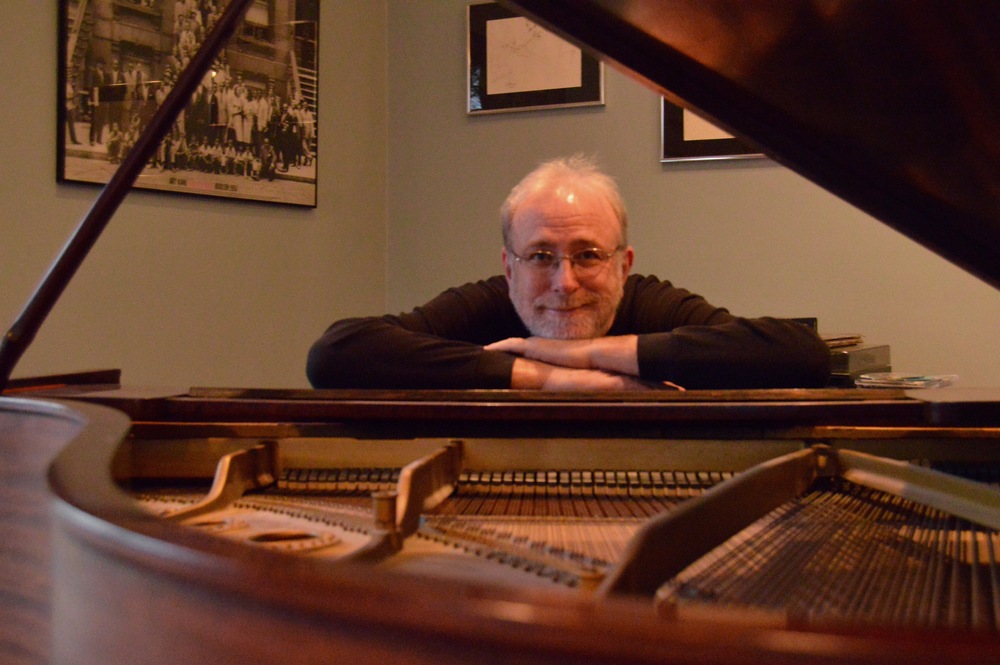 Nominees for the 2018 Jazz Awards the 23rdannual honors produced by the Jazz Journalists Association were announced, posted on the website www.JJAJazzAwards.org. Excellence in music and music journalism is celebrated in the 39 Awards categories, topped by Benny Golson, Charles Lloyd and Ahmad Jamal for Lifetime Achievement in Jazz, Will Friedwald, Ben Ratliff and Patricia Willard for Lifetime Achievement in Jazz Journalism.

All nominees are posted here

Saxophonists Golson and Lloyd and pianist Jamal are revered for their compositions, improvisations and ensemble leadership as well as their instrumental works. Friedwald, an author and widely published journalist, is best known as an expert in American popular song; Ratliff, also an author, was jazz and pop critic for the New York Times for 20 years and continues freelancing articles; Willard, Duke Ellington's editorial hand for 25 years, started publishing articles and liner notes in 1950 and has consulted with government agencies as well as serving as an oral historian.


Other notable details about the JJA's 2018 finalists ballot:

Women continue to be more acknowledged for their contributions to jazz, as all three nominees for "Up and Coming Musician of the Year" are female, and Patricia Willard is the first ever female nominee for Lifetime Achievement in Jazz Journalism

The two dominant American jazz magazines, DownBeat and JazzTimes, face-off as the sole nominees for the JJA Award for Print Periodical/Website of the Year

2018 Jazz Awards winners will be announced online at www.JJAJazzAwards on May 7; most will receive their engraved statuettes publicly at their summer performances across the U.S. A Jazz Awards party has been schedule for June 12, 2018, to be held at Arnold Hall of the Theresa Lang Community and Student Center, 55 W. 13thStreet, NYC. Details TBA.

For further information about the JJA Jazz Awards, Jazz Heroes or the Jazz Journalists Association, please contact President@JazzJournalists.org or Jim Eigo, Jim@JazzPromoServices.com
Posted by Republic of Jazz a la dirección 9:30 AM

The Puppies are hitting the road in a big way this Summer!

Catch 'em where you can!

TICKETS
Posted by Republic of Jazz a la dirección 12:00 AM