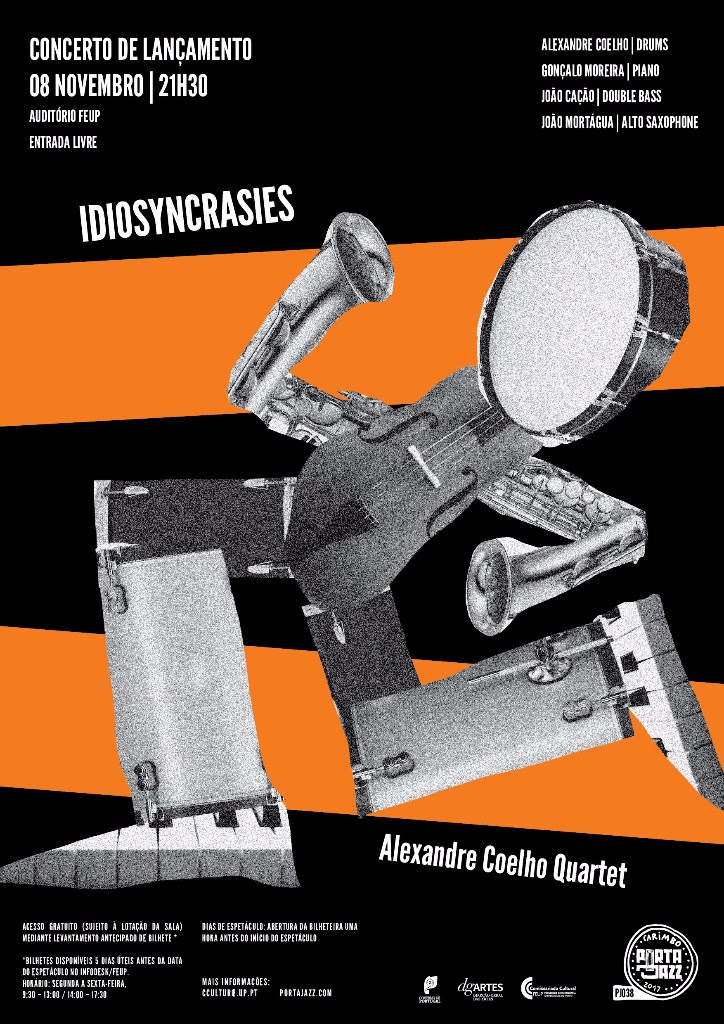 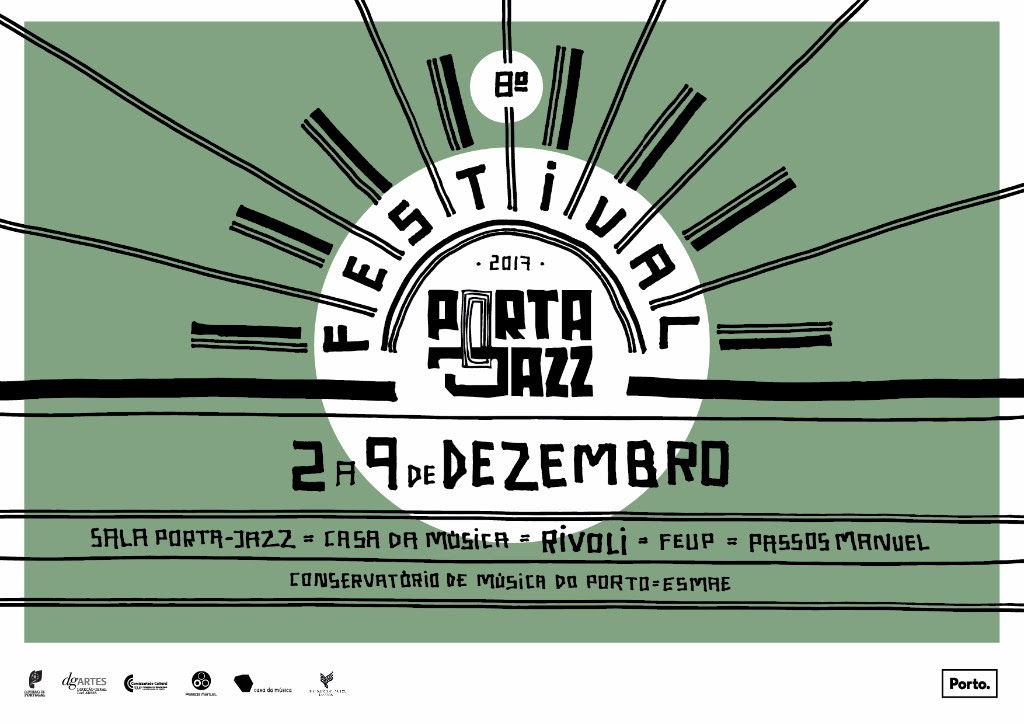 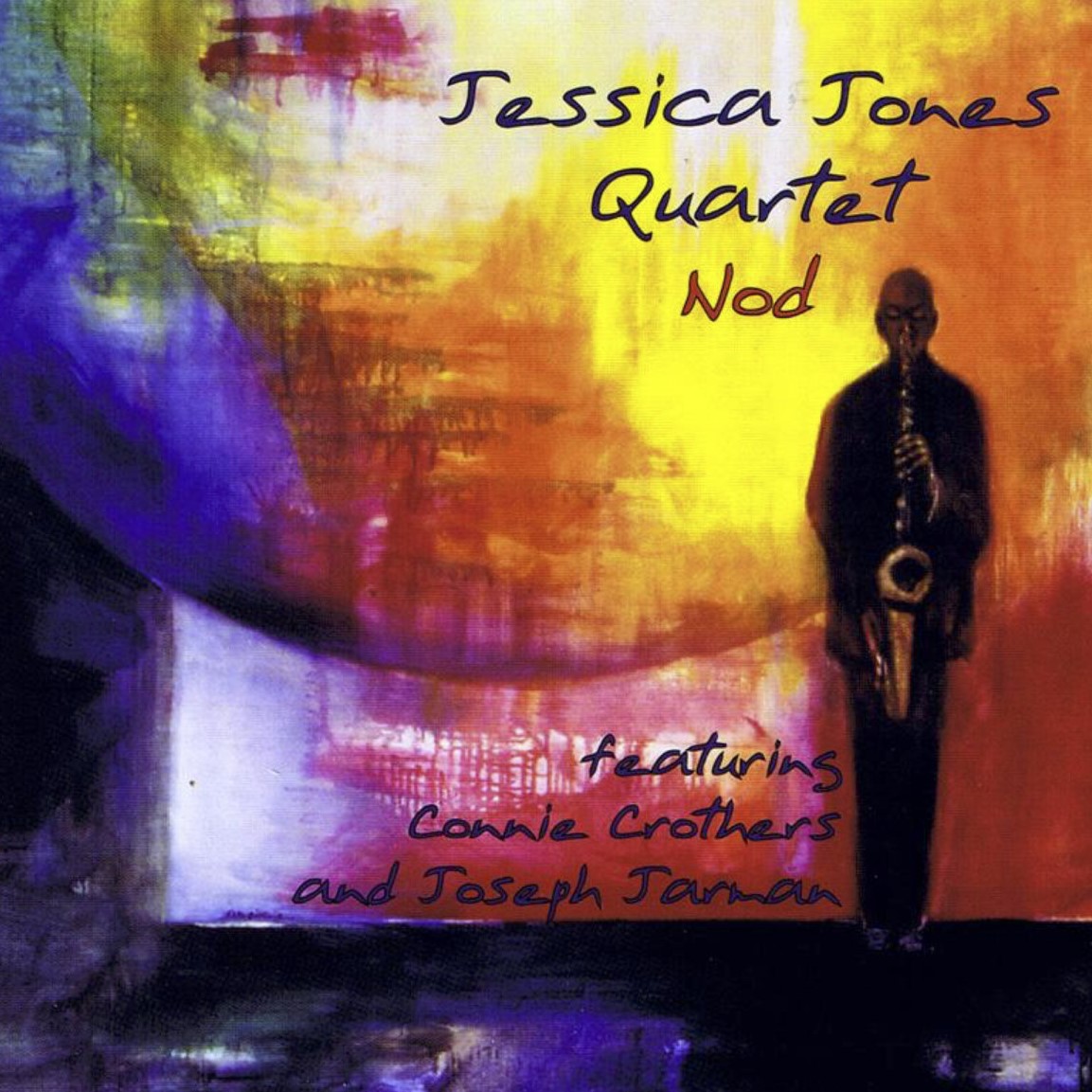 A historic gathering of musicians, this album features guest artists Joseph Jarman of the Art Ensemble of Chicago on bass clarinet and alto saxophone and Connie Crothers on piano, each contributing an original to the date. The band – Jessica & Tony Jones on tenor sax, Ken Filiano on bass and Derrek Phillips on drums – comprised the Jessica Jones Quartet of that era. Vocalist Candace Jones appears on a wrenching rendition of “These Foolish Things.”

Jessica and Tony were working with Joseph Jarman/Chris Chalfant’s large ensemble “Lifetime Visions Orchestra” and also studying with Connie Crothers at the time of this recording. However, it is the first time Joseph and Connie themselves met. And, sadly, it’s likely the only time they ever played together. 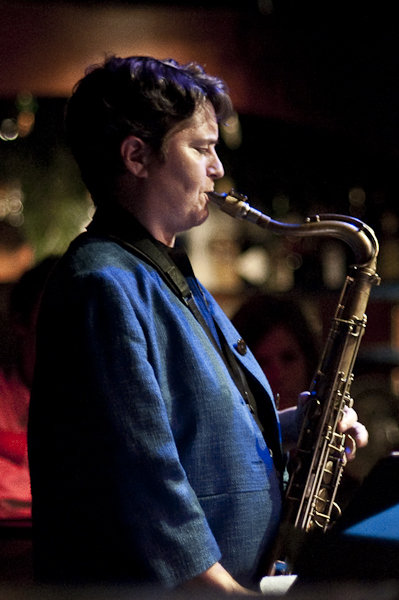 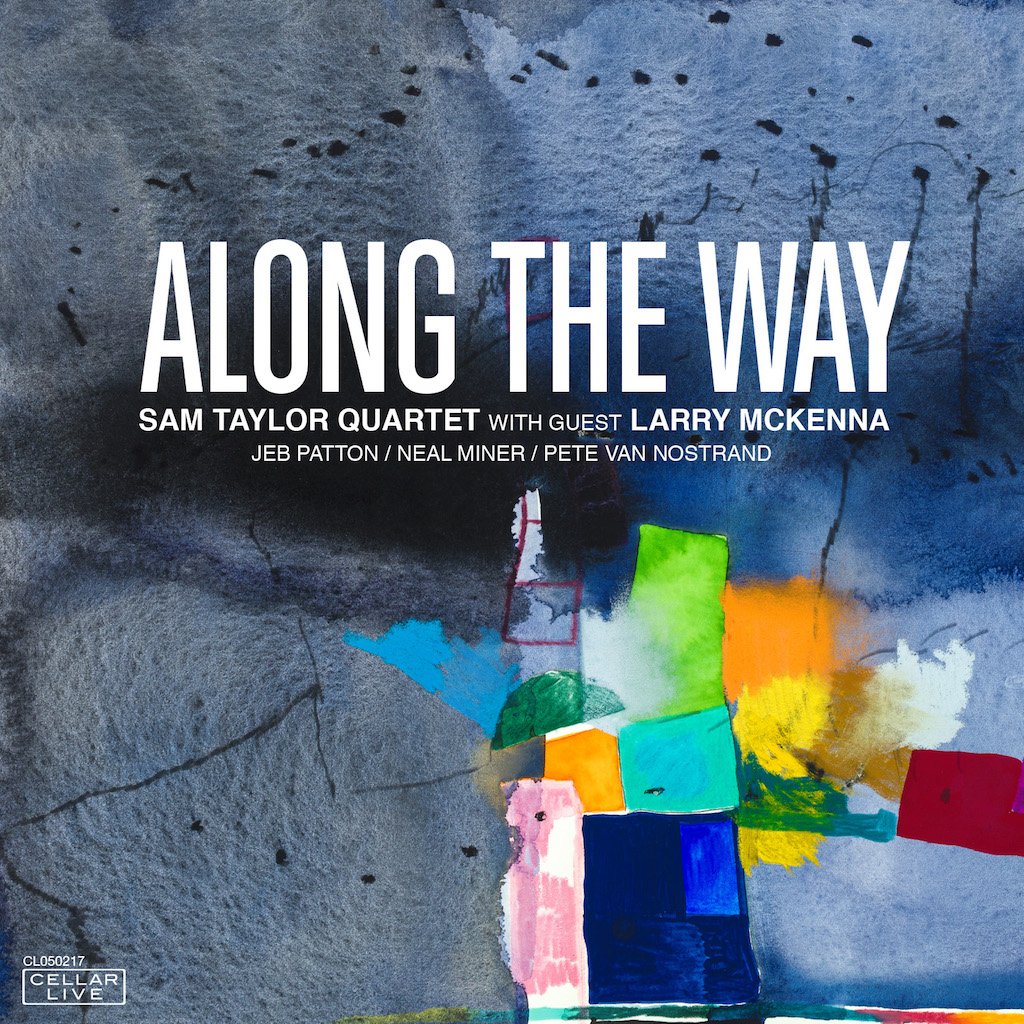 "Patiently and lovingly devotes himself to the song... Nothing but rapt attention to the song, to melody, to the way a great artist can make us feel." -Michael Steinman, Jazz Lives

Saxophonist Sam Taylor is an active member of the New York City jazz community, performing at numerous venues including The National Arts Club, Cornelia Street Café, Webster Hall, Fat Cat and many others. Taylor has premiered his compositions with famed trumpeter Jon Faddis, and was invited to play for saxophone legend James Moody's 80th birthday celebration. The young saxophonist was also featured at The Nigunim Music Festival of New Jewish Music, and toured Europe as a guest soloist with The Noord-Nederlands Conservatorium Symphonic Jazz Orchestra. In 2014, Taylor was awarded a grant from The Netherland America Foundation to lead his band on a tour of Holland.

Taylor's debut recording, My Future Just Passed, (released on Cellar Live, August 2015) was hailed by the Toronto Music Report as a "remarkable release", with All About Jazz describing Taylor's playing as "wise beyond his years". It features the masterful, Taro Okamoto on drums along with bassist Aidan O'Donnell. 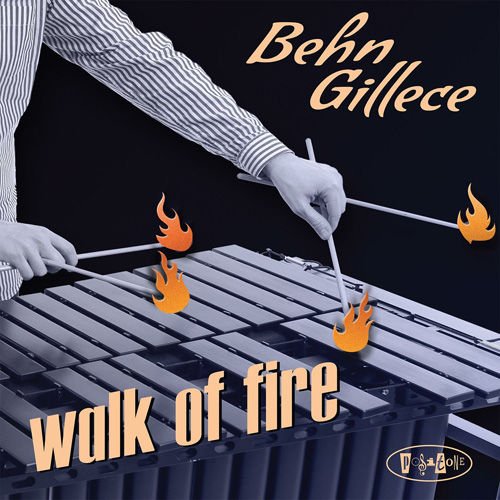 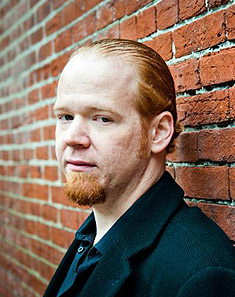 Vibraphonist Behn Gillece has been a fixture on the New York jazz scene for the past decade, notably in his project with one of this era’s great tenor sax player/composers, Ken Fowser. Gillece also has a cooker of a new album, Walk Of Fire due out mid-month from Posi-Tone Records.

This is the most straight-ahead, unselfconsciously infectious stuff that the prolific, often ambitiously eclectic Gillece has come up with since his days with Fowser. The title track, a terse, brisk swing shuffle, opens the album. Listen closely to pianist Adam Birnbaum’s judicious, rhythmic chord clusters and you may get the impression that the song was originally written for Rhodes. Or maybe that’s just what vibraphonists come up with. Trombonist Michael Dease contributes a leapfrogging solo, and then the high-powered frontline – also comprising trumpeter Bruce Harris and tenor player Walt Weiskopf – are out.

Fantasia Brasileira, true to its title, is an easygoing bossa that Dease takes to New Orleans before Gillece ripples gracefully through the horn section’s big raindrop splashes.. Moodily resonant horns rise over bassist Clovis Nicolas and drummer Jason Tiemann’s blithe, latin-tinged, fingersnapping stroll in Bag’s Mood, Harris taking a low-key turn in the spotlight before the bandleader raises the ante.

Gillece and Birnbaum blend subtly intertwining lines and then shift into separate lanes in the moody Reflective Current, a quartet number. Something New follows a similarly pensive, waltzing tempo: the point where the vamping grey-sky horns drop out completely makes a tasty jolt to the ears.  Specter, a catchy, vamping clave number, features Gillece’s most expansive but purposeful solo in this set and a welcome, tantalizingly brief confrontation between vibes and piano.

Break Tune has a subtle juxtaposition of steady, emphatic swing and allusive melody, echoed by Weiskopf before Gillece goes vamping and Harris spirals triumphantly. Artful metric shifts and Gillece’s rippling staccato raise the vamps of the concluding tune, Celestial Tidings above the level of generic. Marc Free’s production is characteristically crisp: the lows on System Two’s concert grand piano cut through as much as every flick of the cymbals. 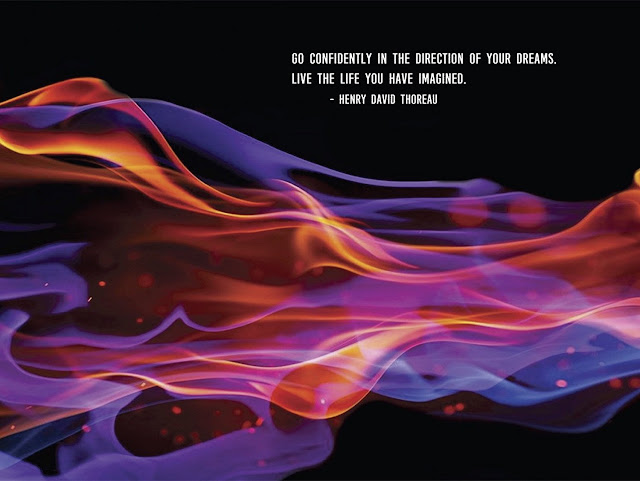 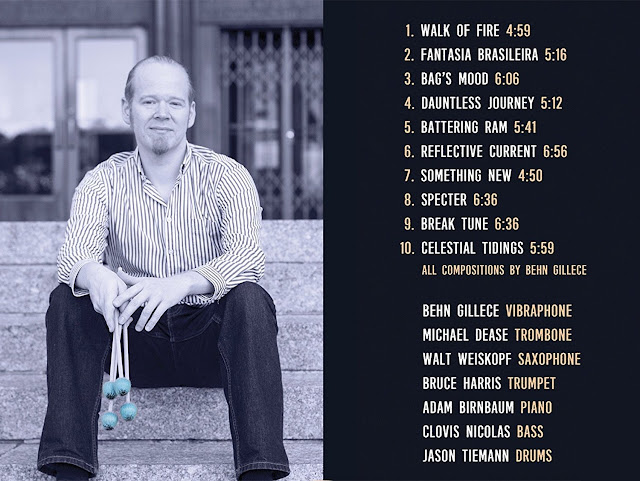 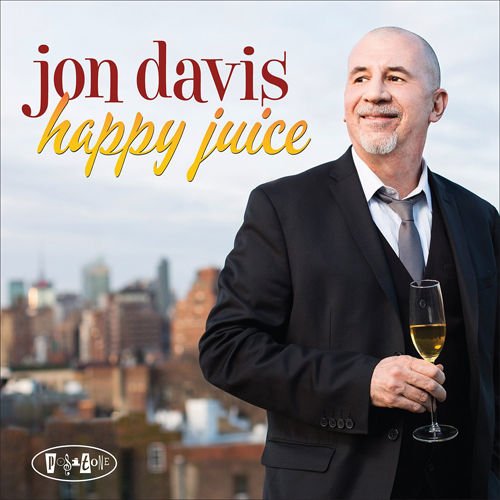 Jon Davis’ fourth release for Posi-Tone, Happy Juice is a ten-track showcase split evenly with original compositions and covers. The musical contexts suggest an association with the dynamic jazz piano movement of the 60’s. In particular, Davis is paying tribute to his personal heroes, Herbie Hancock, Chick Corea, Keith Jarrett, McCoy Tyner and Bill Evans. The opening title cut is a bluesy swinger that starts with some punctuated chord runs. The rhythm section (Boris Kozlov – bass/Mark Ferber – drums) is flawless and support the vibrant piano solos. “Slant Six” (another Davis-penned opus) has some underlying, pronounced grooves and utilizes up tempo chords, soulful notation and pulsating elegance. The first cover is the haunting Bill Evans classic, “The Two Lonely People”. Like Evans, Davis explores the melancholic sentiment and then at 1:37 slips into a supple groove that radiates with warmth and complexity.

The second “cover’ is a latin-tinged version of Chick Corel’s “Tones For Joan’s Bones”. Davis’ gliding lyricism and awe-inspiring tempo development is potent. His piano leads are agile and never predictable. As he takes on Herbie Hancock’s “Speak Like A Child”, it seems like the pianist is hitting on all cylinders. There is a ruminative opening that flows seamlessly into a medium swing vibe that bristles with creative phrasing. There are different jazz elements, including pulsating undercurrents and rhythm potency, along with meditative shadings. On Tyne’s evocative “Search For Peace”, Davis adopts a swaying tempo and understated elegance that would make the Philadelphia legend quite proud. The melodic structure always centers the arrangement. The final cover is Keith Jarrett’s “Rainbow”. It is whimsical, but has an aspirational resonance to it. Then at the 0:55 mark it morphs into a gentle near-waltz time signature. The jazzy notation is dynamic.

There are compelling original compositions. “As We Know” approximates gospel with soulful inflections. But there are many agile flourishes. “Bred On Red” (a reference to Red Garland) begins with an ethereal intro, but employs a finger-snapping medium groove with sprightly accents and syncopation. Davis’ compositions draw on rhythm complexities. That is rewarding on “Mostly Minor”. This might be the most improvisational number, and the piano runs are intriguing, reminiscent of the unbridled freedom of the era of jazz explored on this album.

Happy Juice is a fitting tribute to piano legends like Evans, Hancock, Tyner, Corea and Jarrett. Davis covers their material and draws on their inspiration in his own compositions. The audio on this recording is excellent. The exacting detail of the piano and drum cymbals is palpable. The bass is kept in the bottom of the mix. 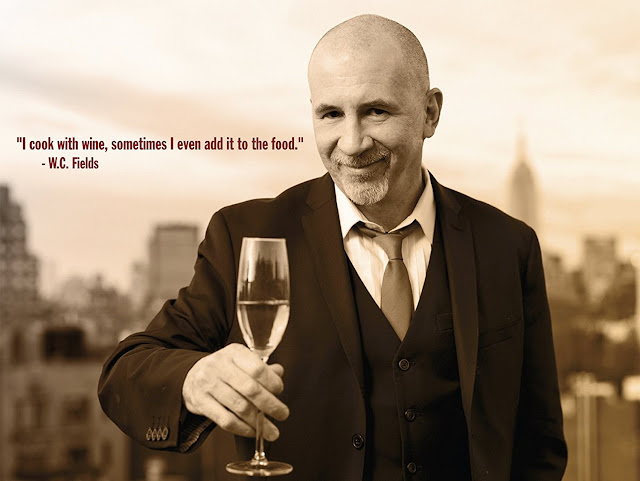 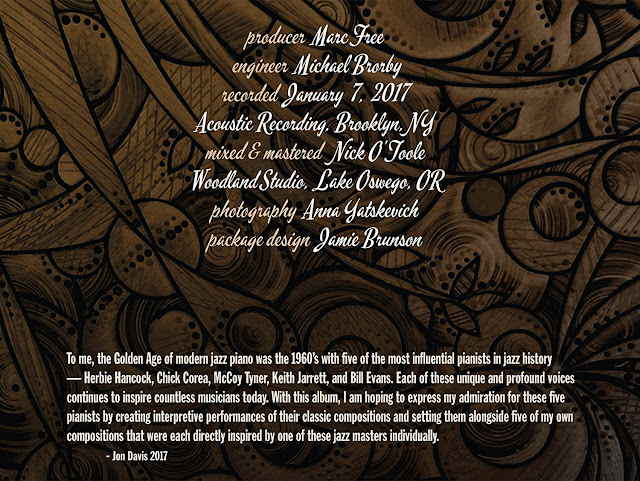 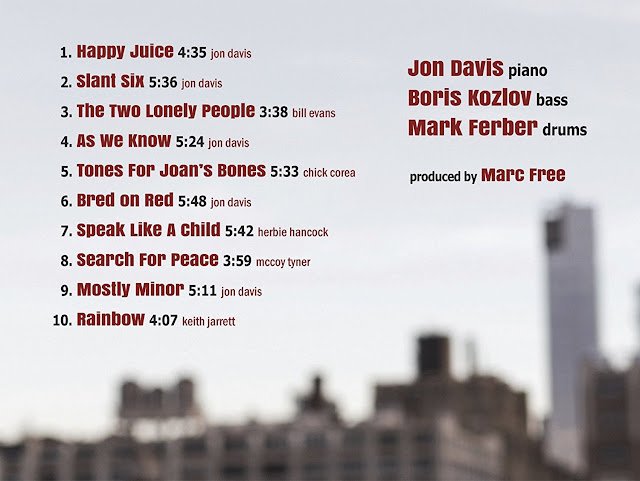 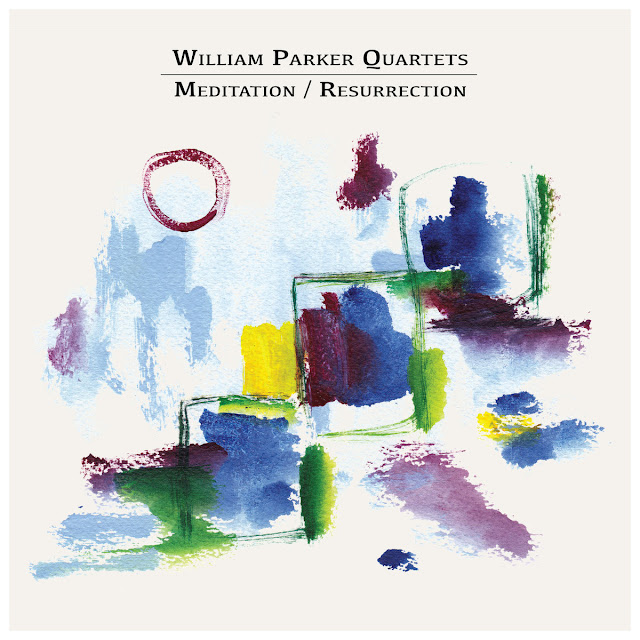 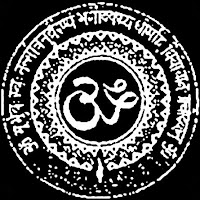 Meditation / Resurrection is a double-album presenting a bounty of beautiful new William Parker compositions performed by two of his flagship ensembles, the Quartet [tracks 1–7] -&- In Order To Survive [tracks 8–12]. It was recorded & mixed live during a one-day studio session in late 2016. With the tone of the pieces & performances reflecting our current moment, this is Parker & the groups’ follow-up to 2013’s monumental Wood Flute Songs box set (coming to bandcamp later in 2017!).

At the core of both groups is Parker’s foundational bass together with rhythm twin, the incomparable Hamid Drake. Their partnership–two decades deep now–is one of the great rhythm sections in recorded history. Alto saxophonist Rob Brown is likewise featured throughout. Brown is one of the all-time great improvisers on the alto, and the springboard of Parker’s bands in which he has been perennially featured always brings out his best.

Pianist Cooper-Moore features on album 2. He has been a very significant catalyst in the world of creative music for over 40 years. As William writes in the album notes, “Cooper-Moore is one of the special people who speaks and plays from the heart all the time with power and grace.” Cooper-Moore was the Lifetime Achievement Honoree at the 2017 edition of the Vision Festival, NYC.

Trumpeter Jalalu-Kalvert Nelson appears on album 1. Hailing from Oklahoma City, and a resident of Switzerland since 1994, he is a major figure in his own right as a composer of modern classical and world music, and is well-versed in the language of blues, jazz and improvisation. From the liner notes, “Jalalu is always able to transform any music situation into a magical experience.”

William Parker’s exceptional gift as a composer of beautiful melodies and infectious rhythms have long been intrinsic to his art, and it has always been on full display in the work of the quartets featured here. Being that these groups are among the highest caliber jazz bands of our time, Parker’s luminous compositions are brought to vibrant, ever-giving blossom.

All compositions by William Parker;
published by Centering Music (BMI) 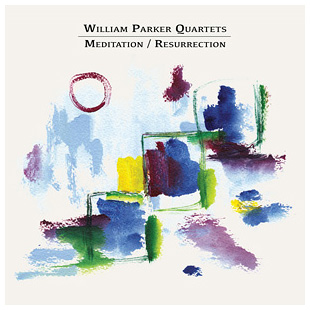 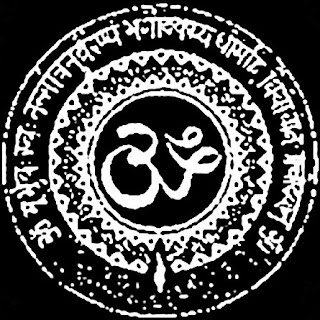 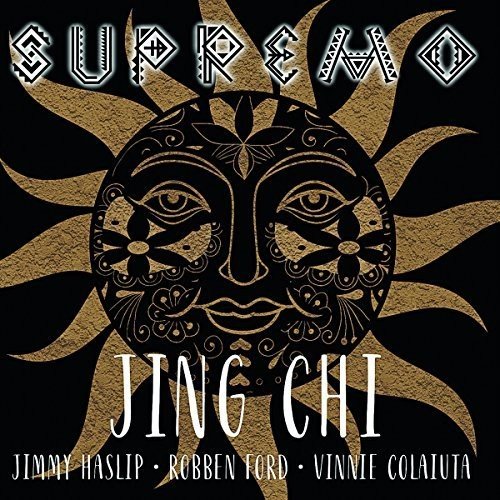 After a thirteen year break, Jing Chi, the groovin’ blues fusion powerhouse featuring guitarist Robben Ford, bassist Jimmy Haslip and drummer Vinnie Colaiuta deliver their incredible 4th record for Tone Center, Supremo, produced by Jimmy Haslip and co-produced by Robben Ford. Ford’s solo career and other collaborations, together with Colaiuta and Haslip’s demand as top LA session players, have more than kept the guys busyin the interim. However, when the opportunity arose to get together once again and make some great music, each player brought his A-Game to the table and the result is nothing short of a collaborative masterpiece that breaks new musical ground for this stunning trio.

The Tone Center label’s mission has been to place highly talented, yet diverse players in the studio, and let the tapes roll. Tone Center’s fourth Jing Chi release continues to follow that tradition of the Super Session, but with more emphasis on their compositions. This is a collaboration between renowned guitarist Robben Ford who has been recording under his own name and as a session player since the 1970’s, drummer Vinnie Colaiuta (Sting, Frank Zappa, Steely Dan) and bassist Jimmy Haslip (Yellowjackets, Tommy Bolin, Steely Dan) with special guest appearances by saxophonist Jeff Coffin and trumpet session veteran Mike Haynes. The collective sessions and the names of the A-list artists with whom the members of Jing Chi and their guests have played would literally fill a book as each performer has amassed a staggering discography.

Supremo is more than a vehicle for fantastic soloing as the compositions are important, well arranged pieces of music that exhibit a synergy rarely heardin today’s music. The horns are used primarily as an underlying texture with clever lines that weave in and out bringing to mind vintage jazz and soul music with a modern edge.

Producer Jimmy Haslip says this about Supremo and Jing Chi: These recordings are always compelling, tightly fused and joyfully challenging musically and creatively. We are like family, yet we are chemically charged at this point and that makes these projects easy to comfortably find clear focus and a unified direction. We have been working with chief engineer Rich Breen on all of the Jing Chi records. He is a gift and is the band’s sonic architect. I’m proud to say that Supremo is a high energy Modern R&B Fusion explosion of sound! 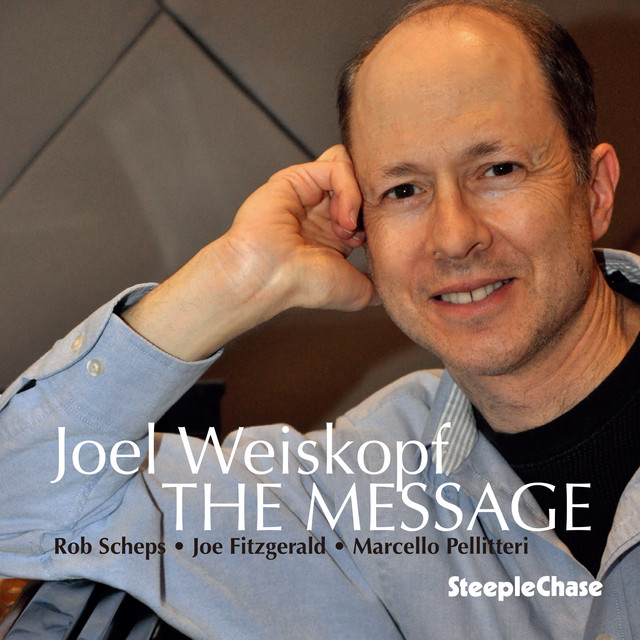 On this second leader album for SteepleChase pianist/composer/educator Joel Weiskopf reunites his working band from the 80s which performed on fairly regular basis in and around Boston area. His “old band” sounds even greater here exploring the repertoire consisting mostly of Weiskopf’s newer challenging compositions.

“Where Angeles Fear To Tread is highly recommended for the excellence of Weiskopf’s writing, smart ensemble work, and three first-rate soloists.” (David A Othmann on SCCD 31813)