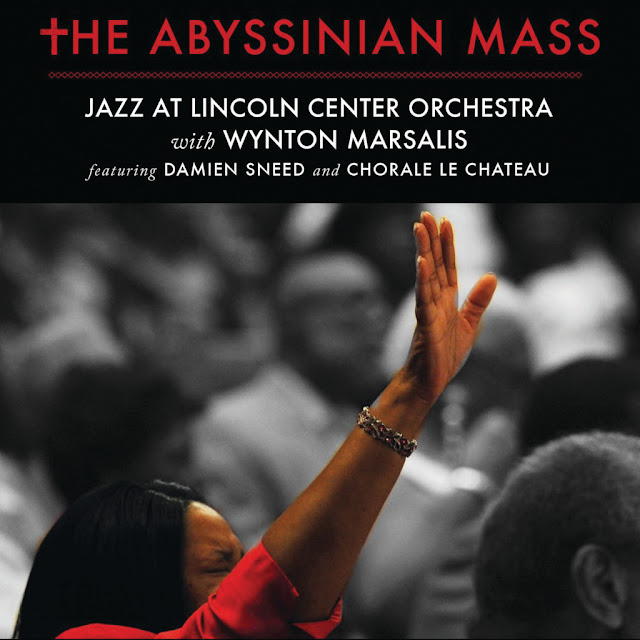 For one night only, conductor Damien Sneed will lead Wynton Marsalis,  the Jazz at Lincoln Center Orchestra, and his 70-voice gospel choir, Chorale Le Chateau, in performing Abyssinian: A Gospel Celebration, a hand-clappin’, tambourine slappin’ landmark composition of jazz, gospel, instrumentation, and vocals.

Wynton MarsalisSince Wynton Marsalis composed and recorded In This House, On This Morning two decades ago, he has remained committed to projecting a theme of universal humanism—and raising a joyful noise—while reflecting the form of the African American church service. Never has Marsalis coalesced the codes of sacred and secular expression more successfully than with the 2008 extended work Abyssinian Mass, commissioned to celebrate the 200th anniversary of the Abyssinian Baptist Church on West 138th Street in Harlem.

Chorale Le Chateau is a musical group developing a remarkable reputation for its vivid interpretations of vocal literature, from Renaissance vocal literature to jazz, spirituals, gospel, and avant-garde contemporary music. Damien Sneed, the Artistic Director and Founder, selected each singer from his personal experiences as a performer, professor and conductor over the past twenty years. Members hail from various parts of the world and come from various performing arts institutions and venues such as The Juilliard School, The Metropolitan Opera, Howard University, Yale University, The City University of New York, Morgan State University, American Musical and Dramatic Academy and many more. Members include amateurs and professionals, Grammy Award-winners, college professors, and students. Chorale Le Chateau has been featured at the Kennedy Center, Jazz at Lincoln Center’s Rose Theater, Columbia University and the City University of New York. 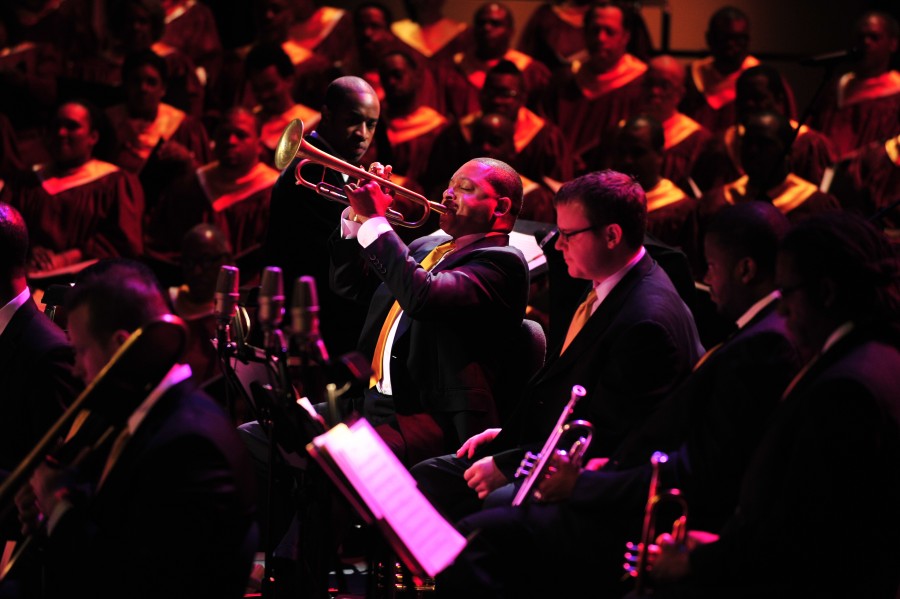 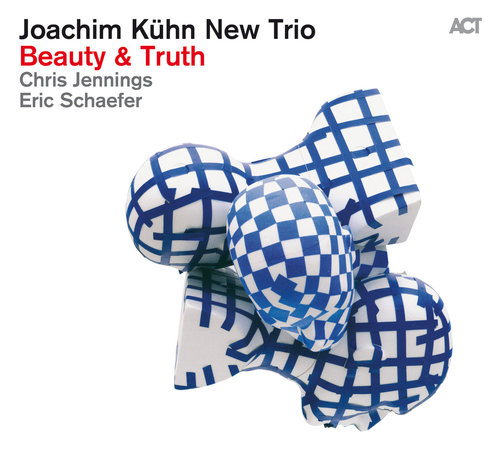 Joachim Kühn is a German pianist of world class, and a stand-alone figure in European jazz. He shows absolutely no signs either of slackening or of surrendering to his age - he is in his early seventies. Kühn's musical curiosity is as boundless as it always was, and his urge to keep creating new music is undimmed. It seems as if for him to stand still would be to go backwards. He lives in a finca in a remote part of Ibiza, overlooking the Mediterranean, where he is to be found either at the piano – he plays for hours every day - or dipping into his vast library of music. He has over 1,500 CDs, ranging from old recordings to up-to-the-minute releases.

For “Beauty & Truth” he and producer Siggi Loch have made a selection of new and old pieces, reaching out into unfamiliar repertoire, and recorded them with the new trio. “These are strong melodies which can be given a really distinctive shape, like for example “Blues For Pablo” by Gil Evans” he explains. “The secret of that piece lies in just five notes, but they are the key to unlock a whole musical cosmos.” There are also pieces which in their different ways are of personal significance to him. “Kattorna” by Krzysztof Komeda is a case in point: “I was present at the recording sessions for the album “Astigmatic” in Warsaw in 1965. The memory of having heard this piece just popped up in my head. Komeda and I met at that time in Warsaw. Both of us were playing with our bands at the famous 'Jazz Jamboree' in the National Philharmonic Hall. He explained to me his recording plans for the following day. I was curious, and he invited me to listen in. For me, Komeda was even at that time one of the great visionaries of European jazz.”

Kühn's original compositions on “Beauty & Truth” captivate the listener with catchy melodies with the character of earworms, which serve as jumping-off points for his improvising adventures. There is “Because Of Mouloud”, which has become something of a Joachim Kühn hit. There is also “Transmitting”, a spacious tune which hovers, trance-like. “Machineria” is a punchy virtuosi Etude - fugal, up-tempo, in which the pianist's left and right hands become enmeshed. This album also presents Kühn as an interpreter of the music of The Doors. A reggae-dub track by Stand High Patrol, which Eric Schaefer brought to the studio, is also part of the trio's repertoire.

Kühn, it is clear, would not be Kühn (his surname in German, incidentally, means bold or brave) if he wasn't adding something original and personal to existing templates. By re-harmonising or re-casting the rhythm and the meter of a tune, he transforms it, with complete assurance, in to a Kühn original. A good example is “Sleep Safe And Warm,” the familiar melody from Roman Polanski's film “Rosemary's Baby”, which is first played straight, and is then cloaked in completely new harmonies.

It was inevitable that Ornette Coleman, who died in June 2015, and played exclusively with Kühn from 1996 to 2000, would also figure prominently. The title track “Beauty And Truth” is a miniature for solo piano. It serves as a prologue to the album, both setting its tone and defining its concept, which is to get straight to the essence of what each composition is about, to discover its intrinsic truth, and to elicit the authentic beauty from it.

It can quite clearly be heard quite how much this new trio has energized Kühn and spurred him on. The bass of Chris Jenkins is stentorian and self-assured, yet stoical. It underpins and anchors the band. Drummer Eric Schaefer brings the same multiple virtues to this different context that make him such a success as a stalwart of the Michael Wollny Trio: his exceptional taste and judgement, his power and richness of invention, and a beautifully attuned and instinctive balance between refinement and earthiness. “For the past ten years,” says Kühn, “in the trio with Majid Bekkas und Ramon López, I was looking for an African-influenced sound. Now I am coming back after several years to the classic piano trio. The trio with Jean-François Jenny-Clark and Daniel Humair was in existence for 30 years. That really was the trio of a lifetime. The depth and the intensity we found were incredible. In Eric and Chris I have found a new dream team. It is very inspiring to play with them, and to do very different things.”
In the twelve pieces on “Beauty & Truth” a different Joachim Kühn can be heard: his piano-playing is powerful and clear, and musically he has a way of going straight to the heart of the matter. He is always solidly grounded in the groove, he plays with unconfined joy and with buckets of soul too. As he always did. 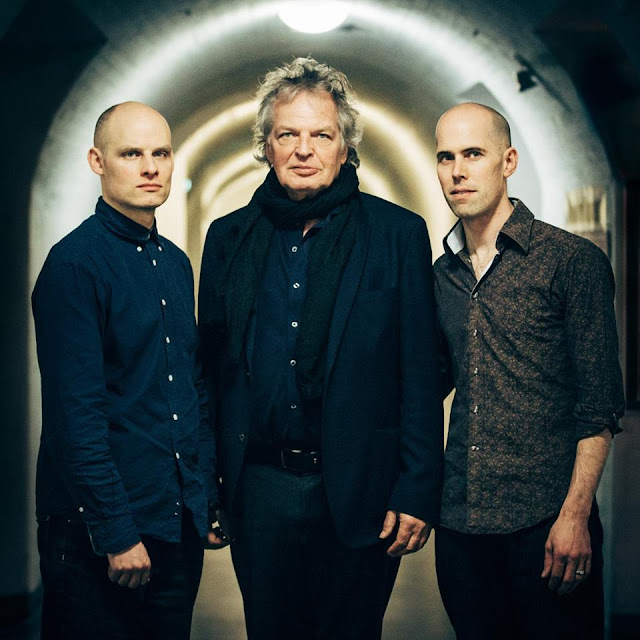 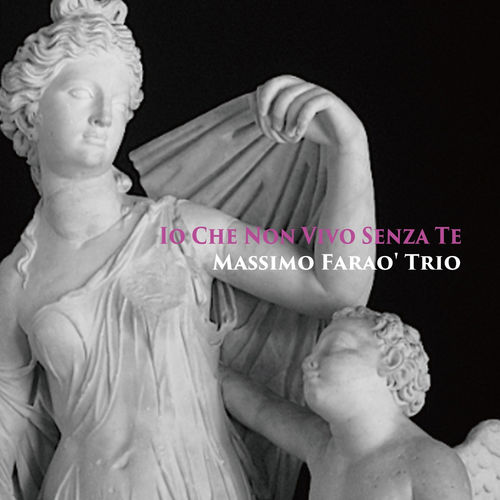 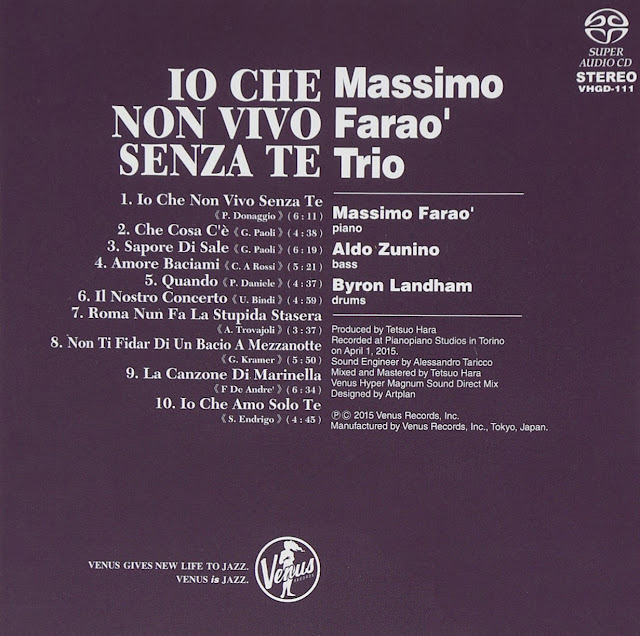 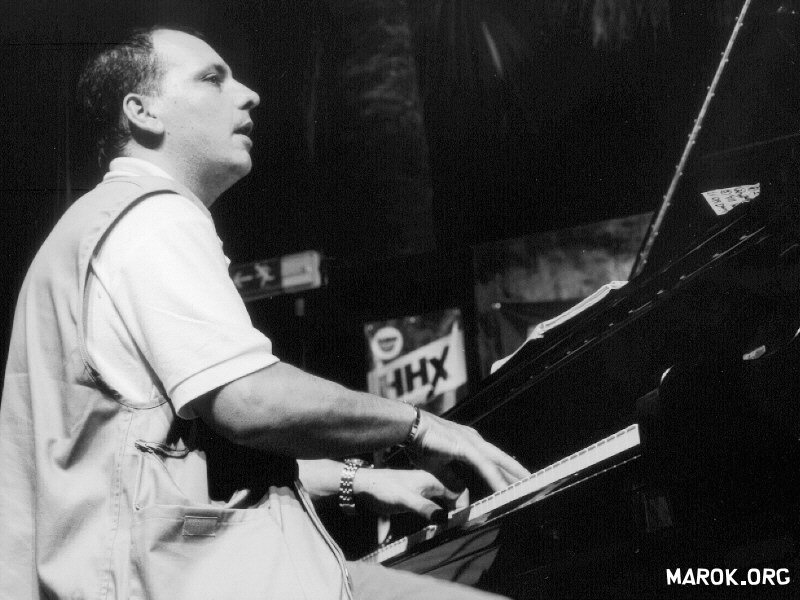 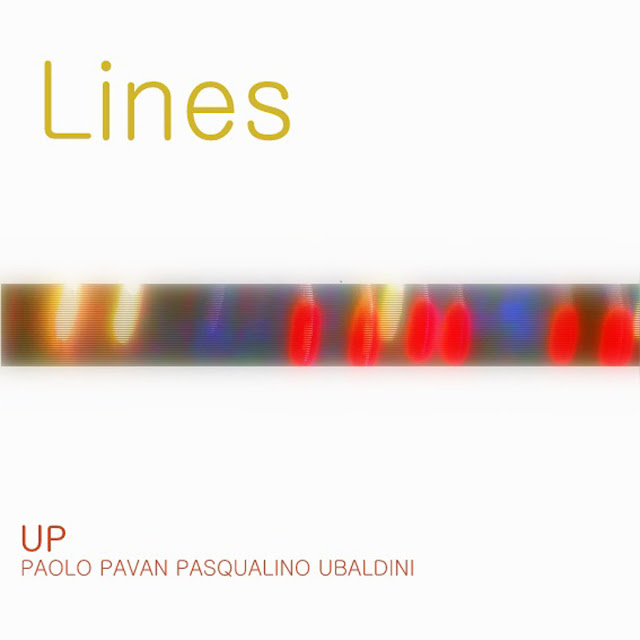 Lines is the second album just realised by "UP"(Ubaldini-Pavan).As the former one this is a self-produced work and will be published under CC license.
The Album was thought to be a trip across countries and cultures made in the whole freedom. The focus of this work, lasted about one year, was to call to mind all that sounds, sensations ,vibration we chance upon it walking through the life, without any sort of barrier or boundaries. 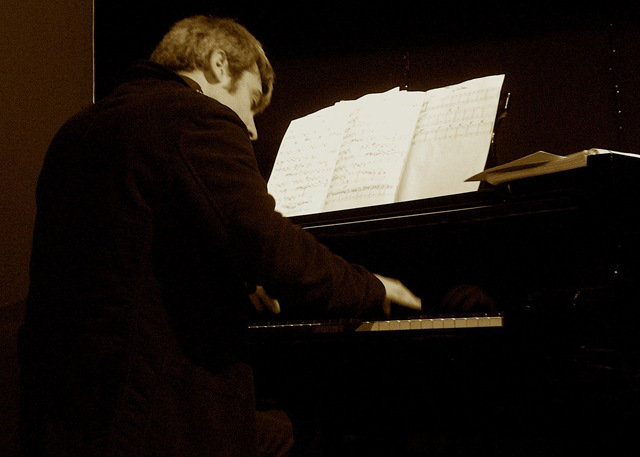 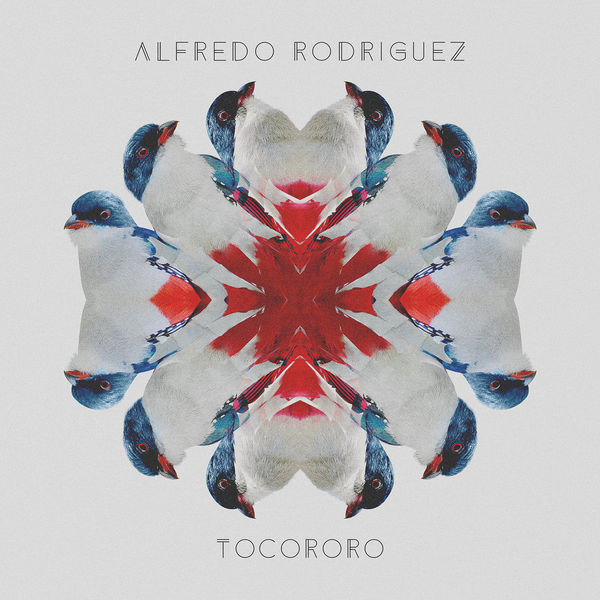 Each recording by Cuban pianist and composer Alfredo Rodríguez tells a story. His albums are not collections of musical pieces but tales told in a distinctive voice, with a distinct point of view and purpose. His 2011 debut, Sounds of Space, served as an introduction, as a way of saying “here are the people, the places, and the sounds that have surrounded me and made me who I am,” he explained then. In The Invasion Parade, his 2014 follow-up, Rodríguez revisited various Cuban musical traditions, seen through the prism of time, distance, and his new personal and musical experiences.

Tocororo - Alfredo Rodriguez - LJNNow, in Tocororo – his new album on Mack Avenue Records – Rodriguez’s story is represented by the national bird of Cuba. The Tocororo is a bird that if caged dies of sadness, reflecting not only the desire for liberty, but the necessity of it. Beyond that, though, is the story of everything else the bird represents: freedom, travel, and cross-pollination. In Rodriguez’s case, it represents the cross pollination of his Cuban culture with all of the cultures he has experienced throughout his musical journey. “What I wanted to do in this recording was to open myself up to the world, while honoring my roots at the same time,” he says. Rodriguez did just that and assembled an international band, representing the unique cultures of Ibrahim Maalouf from Lebanon, the French-Cuban duo Ibeyi, Cameroonian vocalist and bassist, Richard Bona, flamenco style singer Antonio Lizana, and Indian vocalist Ganavya Doraiswamy.

It was in 2009 that Rodriguez made the move to Los Angeles from Cuba—taking just a suitcase filled with music, a sweater, and a pair of jeans—after performing privately for Quincy Jones at the home of the Montreux Jazz Festival’s founder and director, Claude Nobs. After hearing the young pianist play, Jones, who now produces and manages the pianist, helped him understand that like Cuba’s national bird, the Tocororo, he couldn’t be caged.

“It wasn’t that I would’ve given up on music if I stayed in Cuba—I definitely would’ve continued to do what I love, but it just wasn’t the right environment for my music to flourish. Just as the Tocororo needs room to fly, my music needed the platform and opportunity to be heard by more people than would otherwise have been touched if I stayed. Because of its many restrictions, Cuba was my cage and it didn’t allow me to spread my wings and do what I love on a larger scale.” – Alfredo Rodriguez

“A mesmerizing display of technique, energy innovation and passion, practically levitating off the piano bench with the last note, and drawing roaring applause.” – JazzTimes

“It’s hard, in fact, to think of a jazz pianist since Art Tatum so capable of reaching across the complete range of the instrument’s expressive potential.” – Don Heckman 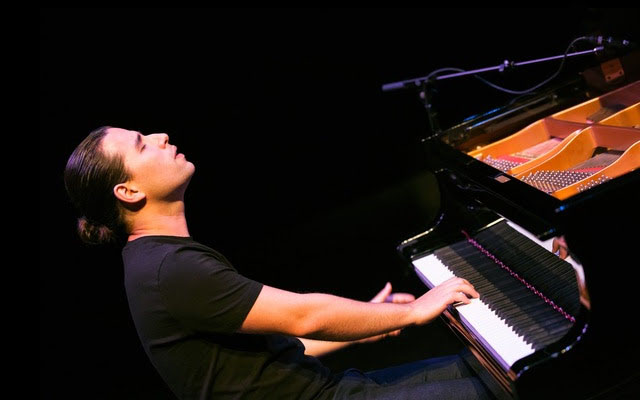