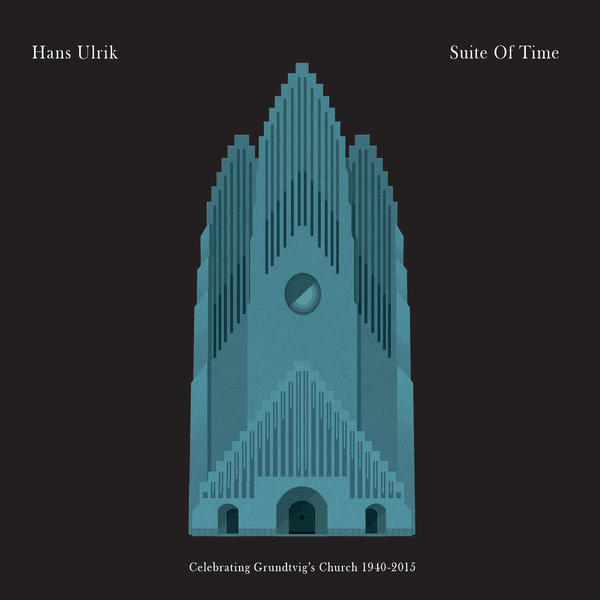 The internationally renowned Grundtvig’s Church, an architectural
pearl on top of Bispebjerg in Copenhagen’s northwest, celebrates
its 75th anniversary this year. The church was built to commemorate
priest, poet and politician N.F.S. Grundtvig (1783-1872), whose
thoughts on Christianity, the Age of Enlightenment and democracy
have been extremely influential in Danish culture. The idea of a
church honoring Grundtvig originated from architect Peder Vilhelm
Jensen Klint (1853-1930). The foundation stone was laid in 1921, and
the church was inaugurated in 1940. Klint’s design was inspired by the
typical Danish village church, for – in the architect’s own words – “the
town church is the mother of Grundtvig’s Church”. Using five million
yellow bricks, he combined the typical medieval village church
with the market town’s gothic church and its great European ancestor,
the cathedral.

In perfect, harmonious dimensions and clean-cut, lucid
lines he created the unique architectural vision of a crystal. The pillars,
the rounded arches and the reflective light, produce a welcoming
sanctuary mirroring Grundtvig’s interpretation of Christianity. The
church houses no images. It is in itself an image uniting the unassuming
common life on earth with enlightenment and divinity in the
friendly exchange, which is the very core of Grundtvig’s ideas.
As part of the celebration of Grundtvig’s Church’s anniversary, saxophonist
and composer Hans Ulrik was invited to compose music to
be performed in the church and on CD – a jazz mass. Historian Henrik
Jensen’s highly personal cultural critique was likewise written for the
occasion.

He examines history from 1940 to our time, zooming in on
defining years – 1945, 1967, 1989 and 2001 – in a poetic framework.
His entire text is included in the album notes paired with Ole Meyer’s
beautiful photos of the church. Hans Ulrik’s contemporary historical
jazz suite is composed in four movements plus prelude, sacrament
and postlude and inspired by Henrik Jensen’s words as an expression
of the mood of each period. THE SUITE OF TIME characterizes the
period from 1940-2015, in which the 75-year old church has seen the
development of the late modern society from the German occupation
in the ‘40s through the reflective ‘50s, the youth rebellion of the ‘60s,
the silent generation of the ‘80s to the IT boom and financial crisis.
Henrik Jensen states that the chaos of two world wars shrouds the
period in a shadow of latent cultural pessimism, challenging hope and
political vision. 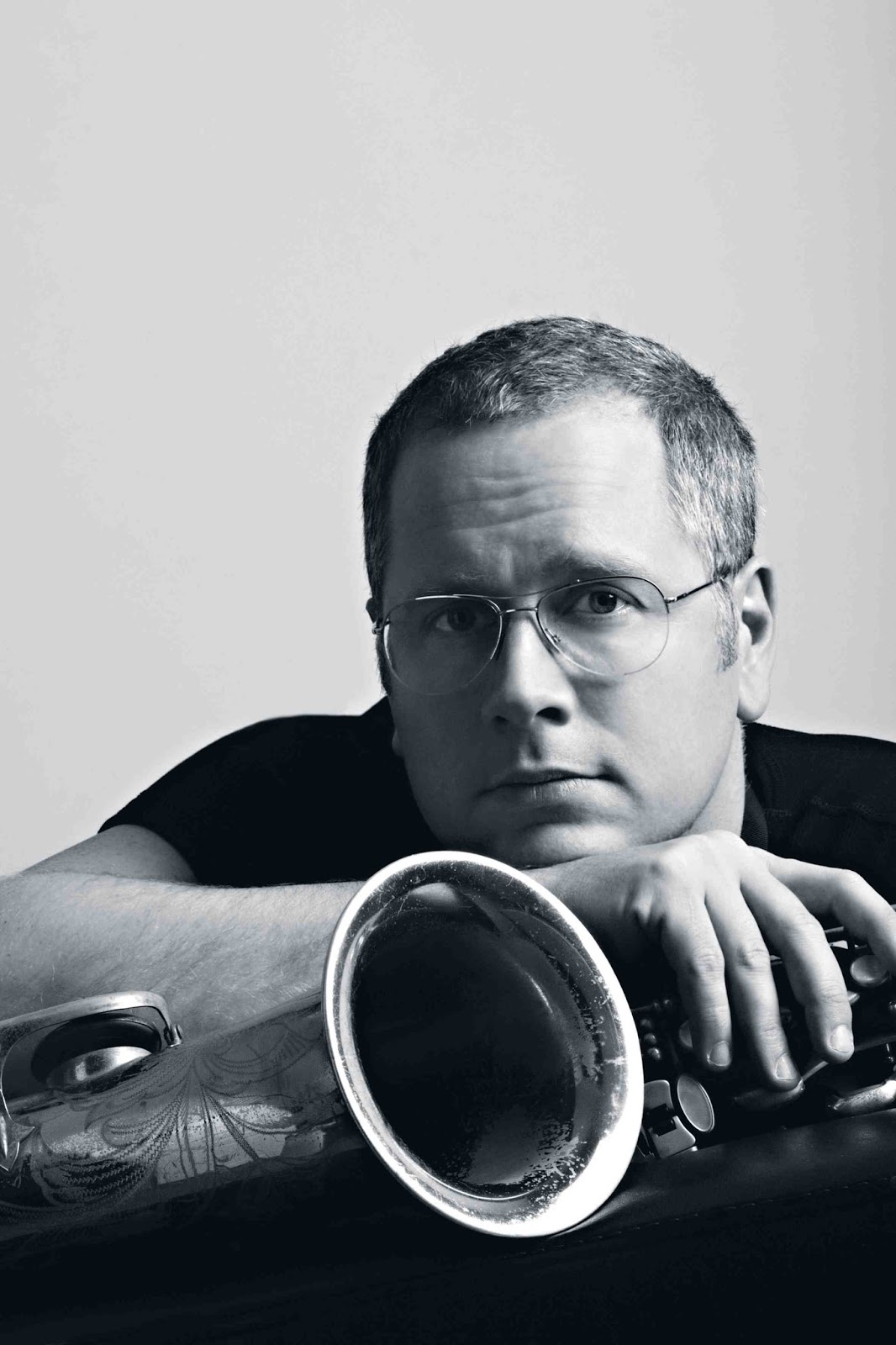 Hans Ulrik is one of Denmark’s most popular and dedicated jazz
musicians. He is renowned not only for his Scandinavian sound but
also for his versatility. Born in 1965, he began playing saxophone at
an early age. He studied at Berklee College of Music 1984-86, and a
year after his return to Denmark he started playing professionally. All
through his career he has led his own bands, but his focus enables
him to contribute to other’s projects without losing his own identity.

His exquisite and solid playing is in great demand, leading him
through a long list of freelance assignments and session jobs. These
abilities combined with a genuinely professional attitude have made
him one of the great saxophonists in his generation. He has proven
that it is possible to make jazz albums that are modern, artistically
important and inviting. In other words: Hans Ulrik has reached a
broad audience without compromising his artistic integrity. Over the
years he has released a string of influential albums in collaboration
with John Scofield, Peter Erskine, Eliane Elias, Lars Danielsson, Lars
Jansson, Gary Peacock, Eiving Aarset, Steve Swallow, as a member of
Emborg/Larsen Group in the ‘90s, with Marilyn Mazur Future Song,
the Danish Radio Big Band and many others.

SUITE OIF TIME is a grave work in a unique Danish mood, written
by a mature and lucid artist of international format. He chose his
musicians for this unusual and challenging project among the best of
the best. Everyone in the band behind SUITE OF TIME is an outstanding
artist in his own right, and each has made their mark – also as
bandleaders. 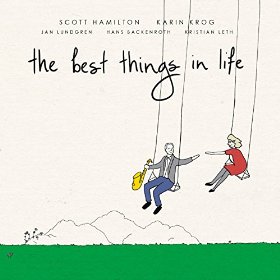 So far as well as the program celebrates the 100th anniversary of the birth of Billie Holiday sings the great American Songbook such as Ray Henderson, Jimmy McHugh, Matt Dennis, Harry M Woods, and Errol Garner, Jan Lundgren and Nordic champion who pick up the rhythm section. Tenor Scott Hamilton Carlin Krogh and increase the depth of the warm shell enveloping as well familiar with the ethereal piano Jan Lundgren gets dumb. Is the emergence of Nice played by the great artist of the two men have created the history of jazz. 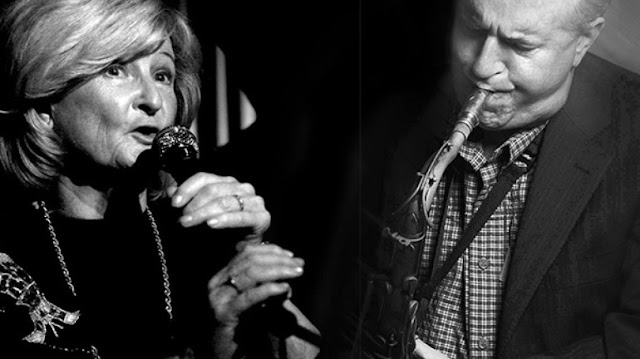 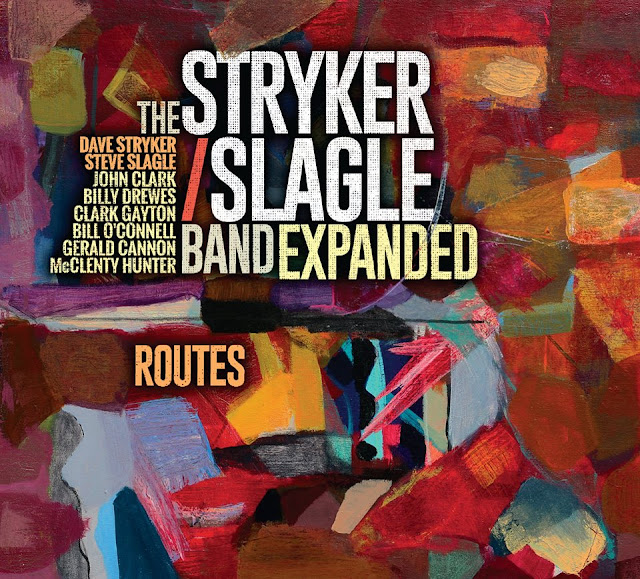 On their latest recording, guitarist Dave Stryker and saxophonist Steve Slagle explore the Routes they've travelled, and the musical Roots they've explored in their creative collaboration of several decades. The Stryker / Slagle Band is expanded to include some imaginative and innovative 4-horn writing by Steve Slagle in an all-original program by Dave and Steve, as well as a Mingus masterpiece.

Some good things go right on, others change but are still wonderful. This terrific album by the Stryker/Slagle Band is great news on both counts.
What stays in place is that Stryker and Slagle remain the soul-satisfying, deep-groove, superchops players they've been across decades, and they continue to manifest their extraordinary collaborative powers. These guys get each other, and you hear it phrase by phrase over their careers. They've often been on each other's many projects, and all the more to the point is the magnificent series of quartet albums under the heading The Stryker/Slagle Band that has produced some of the hardest driving, most musically adventurous, and outright joyous music on the planet. Stryker and Slagle hate bogus sentimentality but deliver authentic, intense feeling even in the million-note virtuoso stretches they can unleash. They're also masters of the ballad. Like one of their most important influences, Charles Mingus, they couldn't care less about Cheap Pretty but have always known whole worlds about Beautiful.
What does change electrifyingly in this new project is that the Stryker/Slagle Band's classic quartet format goes to an expanded lineup with keyboard and three additional horns. On six tracks the full octet plays, on another there's a sextet, then a quintet, and finally one track, "Extensity," that has the original quartet format as a reminder of the marvelous earlier projects by SSB. Slagle has written brilliant, multi-textured, engaging, flavorful horn arrangements that repay repeated listening. You keep hearing new things. Superb keyboardist Bill O'Connell is present on acoustic piano or Fender Rhodes on all but one track, and three ace horn players join the mix: Billy Drewes on tenor saxophone and bass clarinet, John Clark on French horn, and Clark Gayton on trombone and tuba. Since Stryker is often a single-line voice in the ensemble and Slagle doubles on alto and soprano saxophone and flute, the tonal colors multiply. Woven throughout are sizzling solos by Stryker, Slagle, and O'Connell; in several places Gayton, Drewes, and Clark add their own splendid solo efforts. Driving the band with constant, ripping energy are bassist Gerald Cannon and drummer McClenty Hunter, who also weigh in with riveting solos. Cannon has also contributed the striking painting "Columbus Circle" from which the album cover was taken.
Stryker and Slagle have frequently recorded with horns. Slagle has worked with superlative bands like Carla Bley's, the Mingus Big Band (where he has been a major contributor as leader, arranger, and incendiary soloist), Joe Lovano's Nonet, and Bill O'Connell's Latin Jazz All-Stars. Stryker--after two years with Jack McDuff and ten with Stanley Turrentine--has, for example, an outstanding big-band album on Steeplechase, Nomad, and four juicy multi-horn projects on the same label collectively titled Blue to the Bone. But none of the work by either player has had exactly the fresh, tartly gorgeous sound this album possesses, the bloodlines here going back most directly to two of Slagle's heroes of orchestration, Gil Evans and Thad Jones, as well as to Birth of the Cool, Hall Overton's uncanny writing on Monk Big Band and Quartet in Concert, and the glorious arranging of Charles Mingus. That said, Duke Ellington inevitably is everywhere.
Increasing the richness of this dazzling project is that Stryker and Slagle have written songs they associate with the complex geographical and personal routes they've traveled to arrive in their present lives. Touchingly, then, this album is also all about roots. Both coasts and the Midwest come directly into focus, and the album's song titles and music movingly and impressively turn all of that power loose. 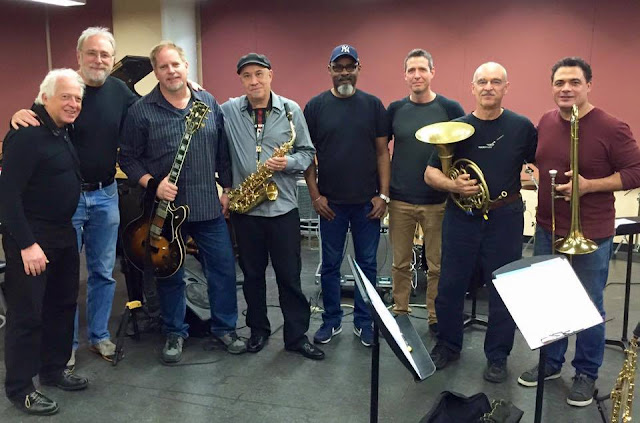 Posted by Djiani a la dirección 8:40 AM 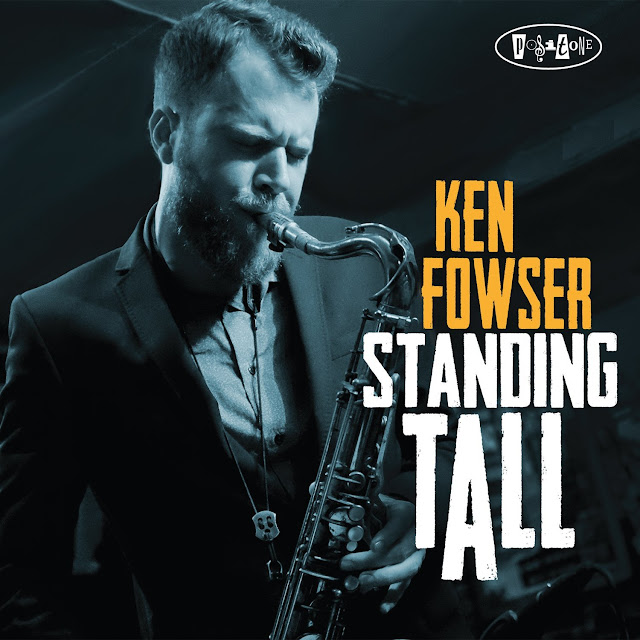 Talented tenor man Ken Fowser rises to the occasion and steps into the spotlight with steadfast earnestness on his latest release "Standing Tall." Prepare to be delighted, as Fowser unveils an exciting musical program of brilliant original compositions presented by his working group of pianist Rick Germanson, bassist Paul Gill, Jason Tiemann on drums and Josh Bruneau on trumpet. Throughout the new record, Fowser continues to announce his commanding presence as a first-rate soloist, but more importantly, he ably demonstrates a strong and well refined artistic vision for his own music as a leader that is both emotionally engaging, uplifting, and entertaining. With a delicate balance of modernity and classic aesthetics, "Standing Tall" is insightfully straight forward, steadily swinging, and refreshingly melodic. " 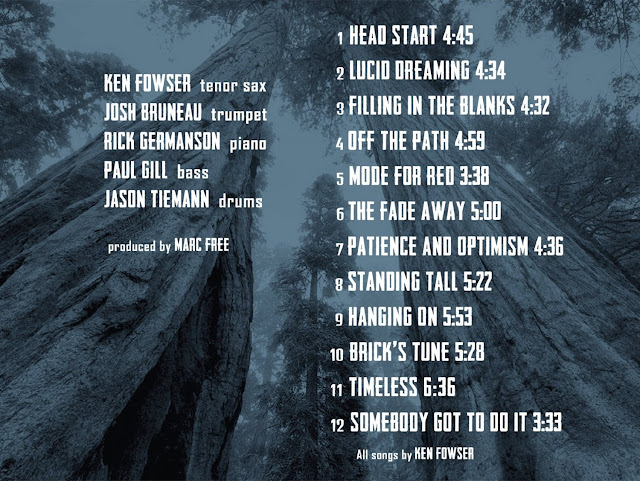 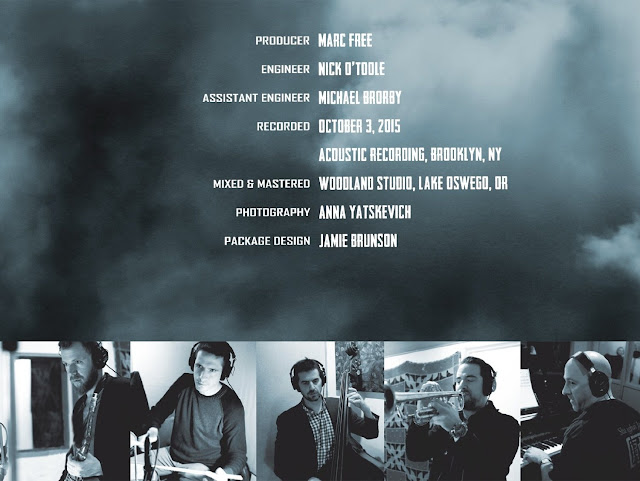 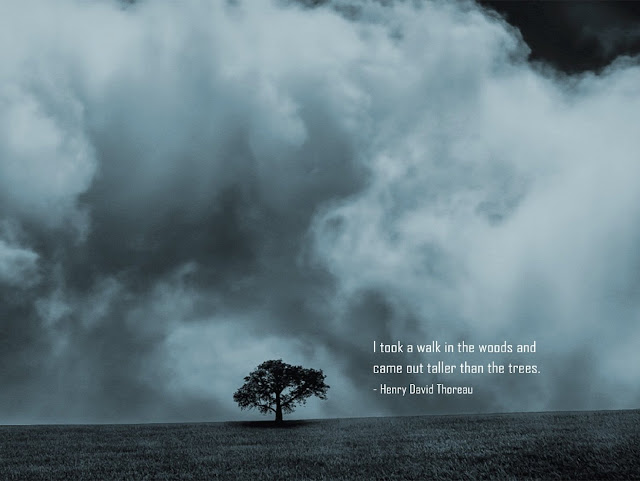 Posted by Djiani a la dirección 8:33 AM 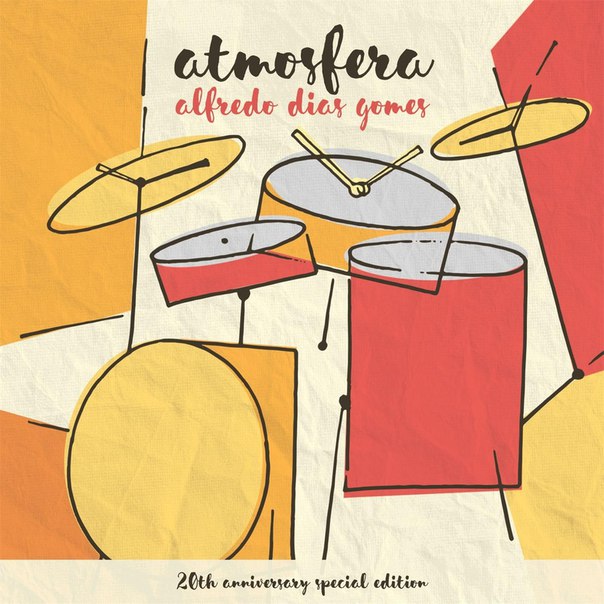 Alfredo Dias Gomes was born in 1960, in Rio de Janeiro, Brazil. At the age ten he began to study drums.
INSTRUMENTAL:
At eighteen years old, Alfredo used for the first time as professional in the band of Hermeto Pascoal, recorded the album "Cérebro Magnético" and he played in many shows, highlighting II Festival of Jazz of São Paulo and Rio Monterrey Festival.
After that, he played and recorded with:
Márcio Montarroyos (highlighting Sala Funarte's shows), Ricardo Silveira, Torcuato Mariano, Arthur Maia, Nico Assumpção, Guilherme Dias Gomes, Luizão Maia, and many others.
MPB and ROCK:
He played from 1988 to 1993 with Ivan Lins. He traveled for Brazil, Europe, USA and Japan and recorded the albums "Amar Assim" and "Ivan Lins 20 Anos" (live).
He was part of the group Heróis da Resistência, played and recorded with Lulu Santos, Ritchie, Kid Abelha, Sergio Dias, Moraes Moreira, Erasmo Carlos, among others.
WORKS SOLO:
"LOOKING BACK" (2015), with covers of artists who influenced his musical education.
"CORONA BOREALIS" (2010).
"GROOVE" (2005).
"ATMOSFERA" (1996), with super special participation of Frank Gambale and Dominic Miller (Sting).
"ALFREDO DIAS GOMES" (1991), with Ivan Lins's special appearence.
"SERVIÇO SECRETO" (1985).
EDUCATIONAL WORKS:
In 1994 he released in Europe and United States a diskette with midi files about the main brazilian rhythms, "TWIDDLY BEATS / BRAZILIAN RHYTHMS AS MIDI FILES", played by Alfredo and produced by singer Ritchie for english company Keifax Software.
In 1998 recorded a "VIDEO DRUM CLASS" with exercises, brazilian rhythms, grooves, solos and songs of cd "Atmosphere". 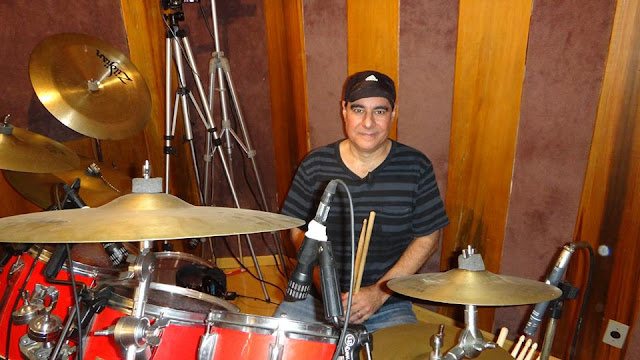 Posted by Djiani a la dirección 8:24 AM 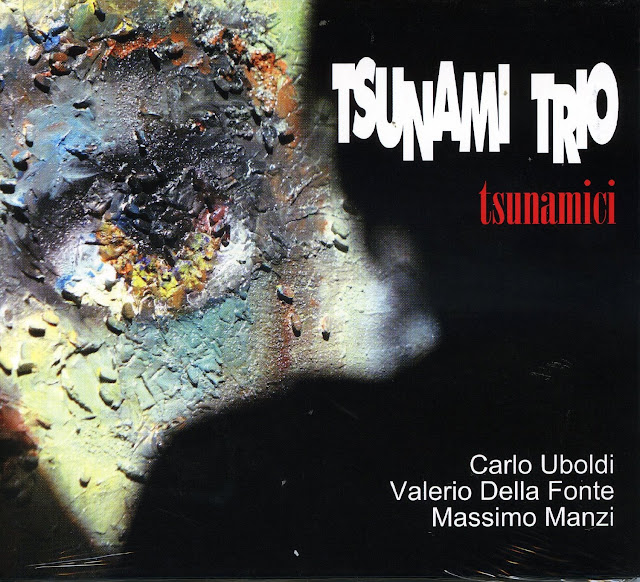 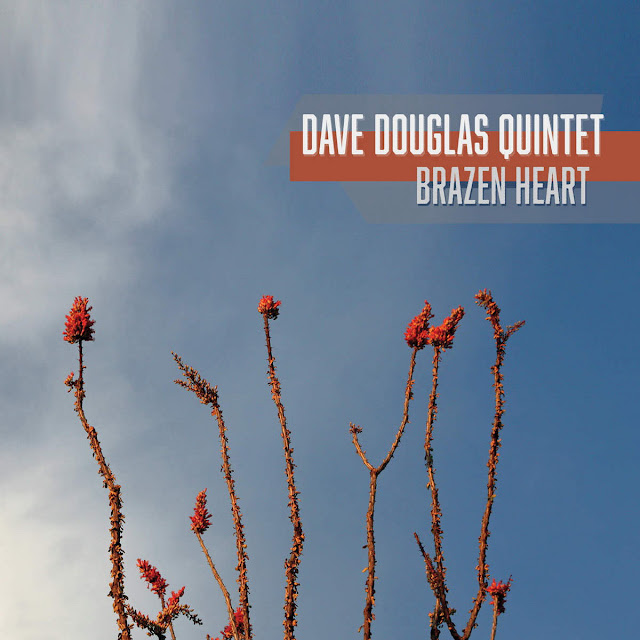 Dave's longstanding quintet, one of the best bands working in jazz today, featuring Jon Irabagon (saxophones), Matt Mitchell (piano), Linda Oh (bass) and Rudy Royston (drums). Brazen Heart is a heart-felt remembrance of Douglas' brother, featuring a batch of great new original compositions, as well as two spirituals, Deep River and There Is A Balm In Gilead. This new material grew out of the band's extensive travels around the United State and Europe in Douglas' 50th birthday year. 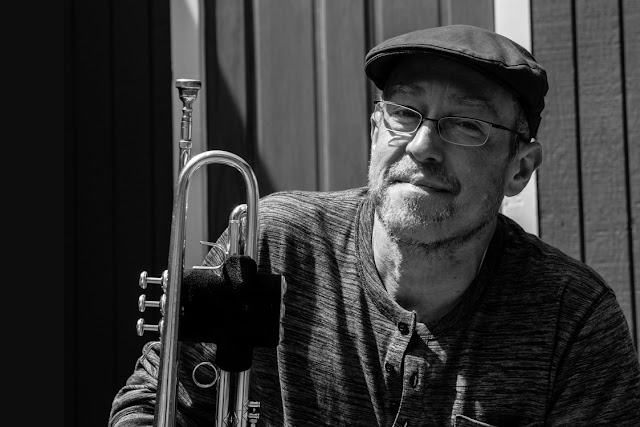 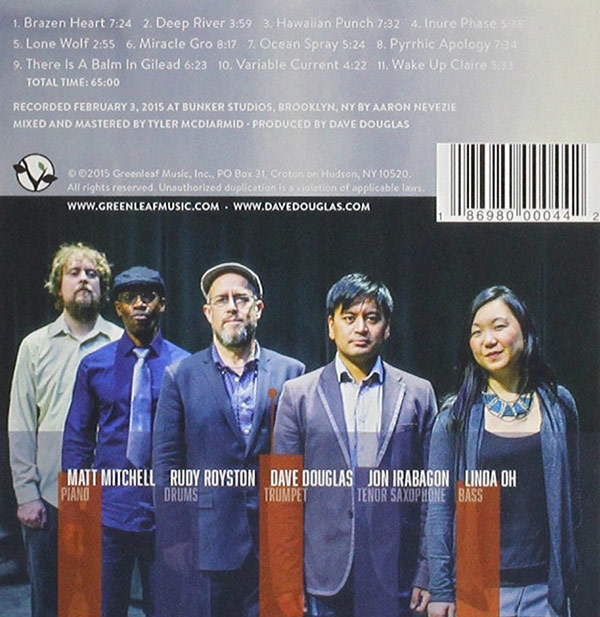