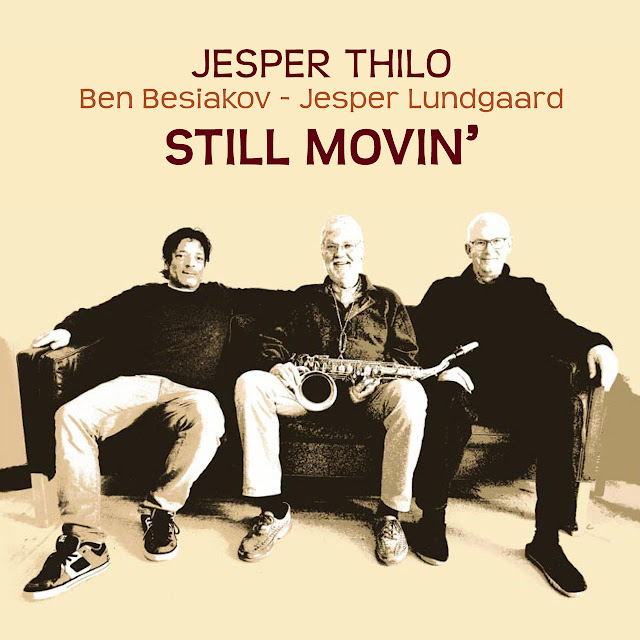 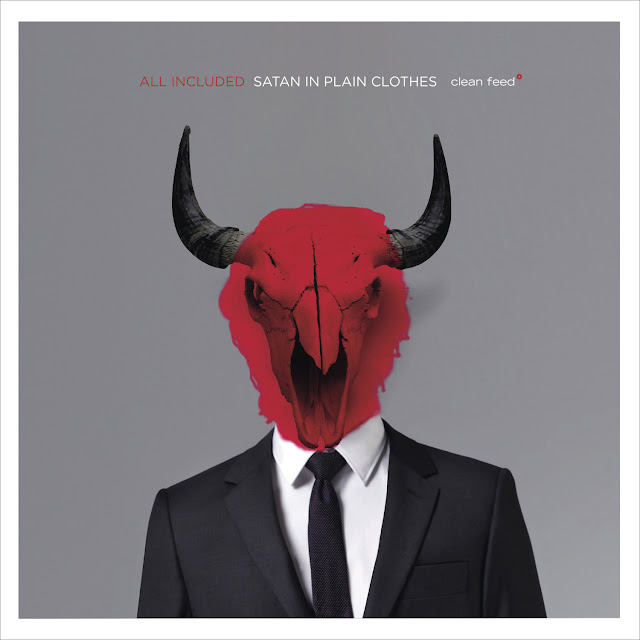 The Scandinavian contributions for the present status of that music called jazz are no longer possible to dismiss. And a fundamental one is given by the quintet All Included. At his axis are the rock solid rhythm duet formed by double bassist Jon Rune Strøm and drummer Tollef Østvang, the same of bands like Friends & Neighbors and Universal Indians. The first is a tension builder, capable of maintaining an obsessive groove or to explore the limits of the lowest sound world, the other keeps things close to the roots, but with a rare sense of surprise – his procedures can be conventional, but they appear when you less expect. On the top are three sometimes angry, sometimes lyrical, horns played by Martin Küchen, Thomas Johansson and Mats Aleklint – three of a kind, seeming an entire orchestral blowing section with its unisons, counterpoints and crossed challenges. Küchen is all emotions, but with a brain In the core of his heart, capable of the most complex phrasing work with extended techniques. With his vocabulary emerging from the hard bop and the free traditions, Johansson makes old ideas entirely new. Aleklint can be open-minded to the extreme, but even in abstract contexts he swings like if his life depended on it. Remember the Blue Note records from the Fifties and Sixties? “Satan in Plain Clothes” is the next step… 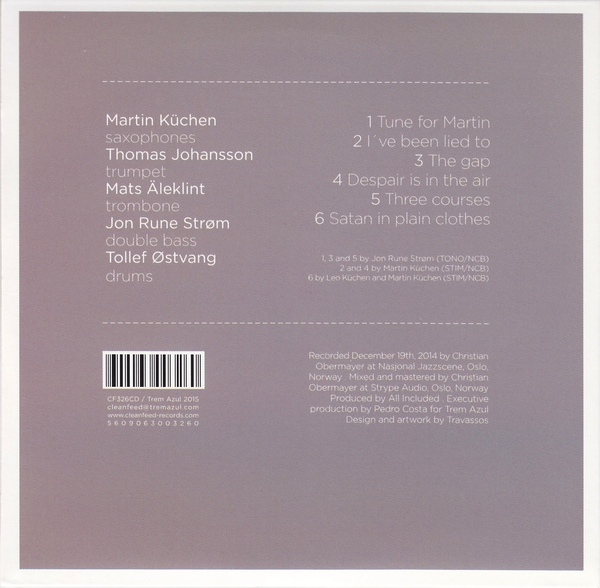 2. I've Been Lied To
Music By – Martin Küchen

4. Despair Is In The Air
Music By – Martin Küchen 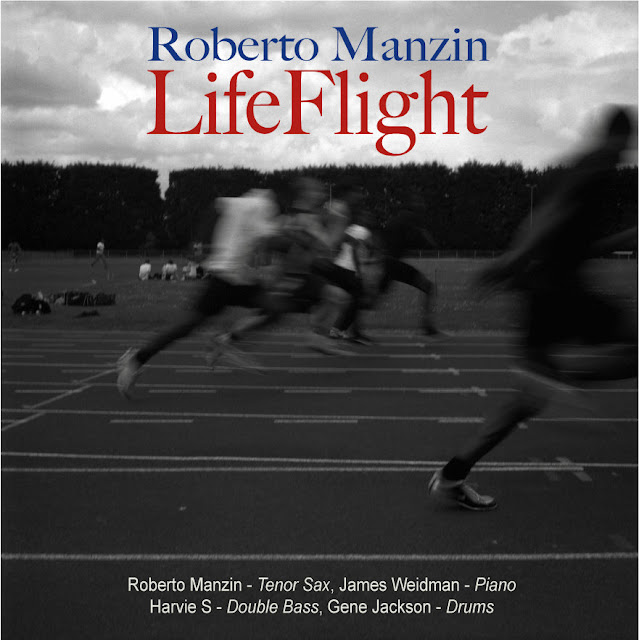 "It was the first time I’d heard Manzin live, and his modesty belies the searing lines he plays, easily a match for Brecker or Bergonzi." -Sarah Chaplin, Jazzwise

"Roberto Manzin’s licks are up to the minute" -Evening Standard

"Sax-player Roberto Manzin's solos have something of the chromatic excitement of Brecker and the soulfulness of Sanborn." -Alison Bentley, LondonJazz

"An expressive player with an attractive sound, his improvisations reveal a skilful strategist, a melodist first and foremost, who gradually unfolds a solo and builds up to a compelling conclusion." -Charles Alexander, Jazzwise

"With his background of playing in a multitude of musical styles, and his outstanding technique and superb voice, Manzin not only fits the [Nicolas] Meier Group to perfection, but moreover got into the music as if he'd played it all his life. I cannot think of any other clarinet/sax player who could fulfil this role within the Meier Group with more authenticity, authority and sheer excellence than Manzin"
"Woodwind virtuoso Roberto Manzin, one of the finest and most versatile saxophonists on the British scene" -Rainlore's World of Music

"Reed-player Manzin has a prodigious technique that he utilises effectively on tenor, soprano and clarinet. On the non-original - Mingus' Duke Ellington Sound [of Love]- the tenor is full and round with an almost Websterian sensuousness and guitar and tenor combine well in the ensembles. And how about that clarinet on Missing Home? About time we had some new liquorice and this is very tasty liquorice indeed!" -Bebop spoken here. 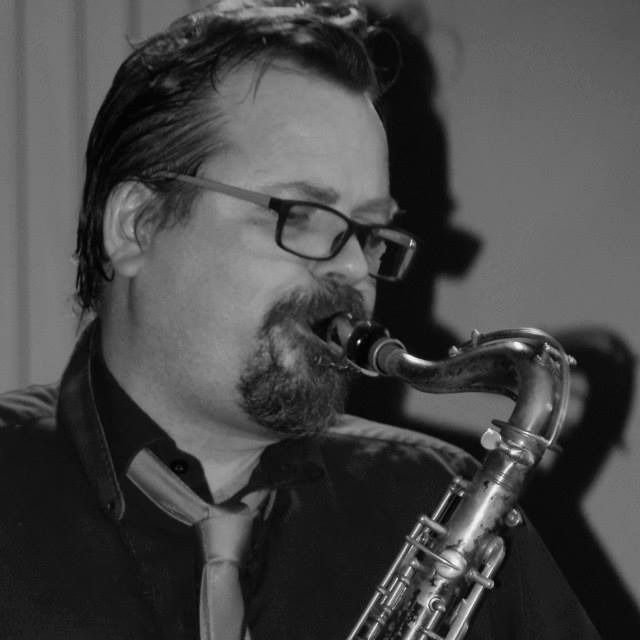 Posted by Djiani a la dirección 9:42 AM