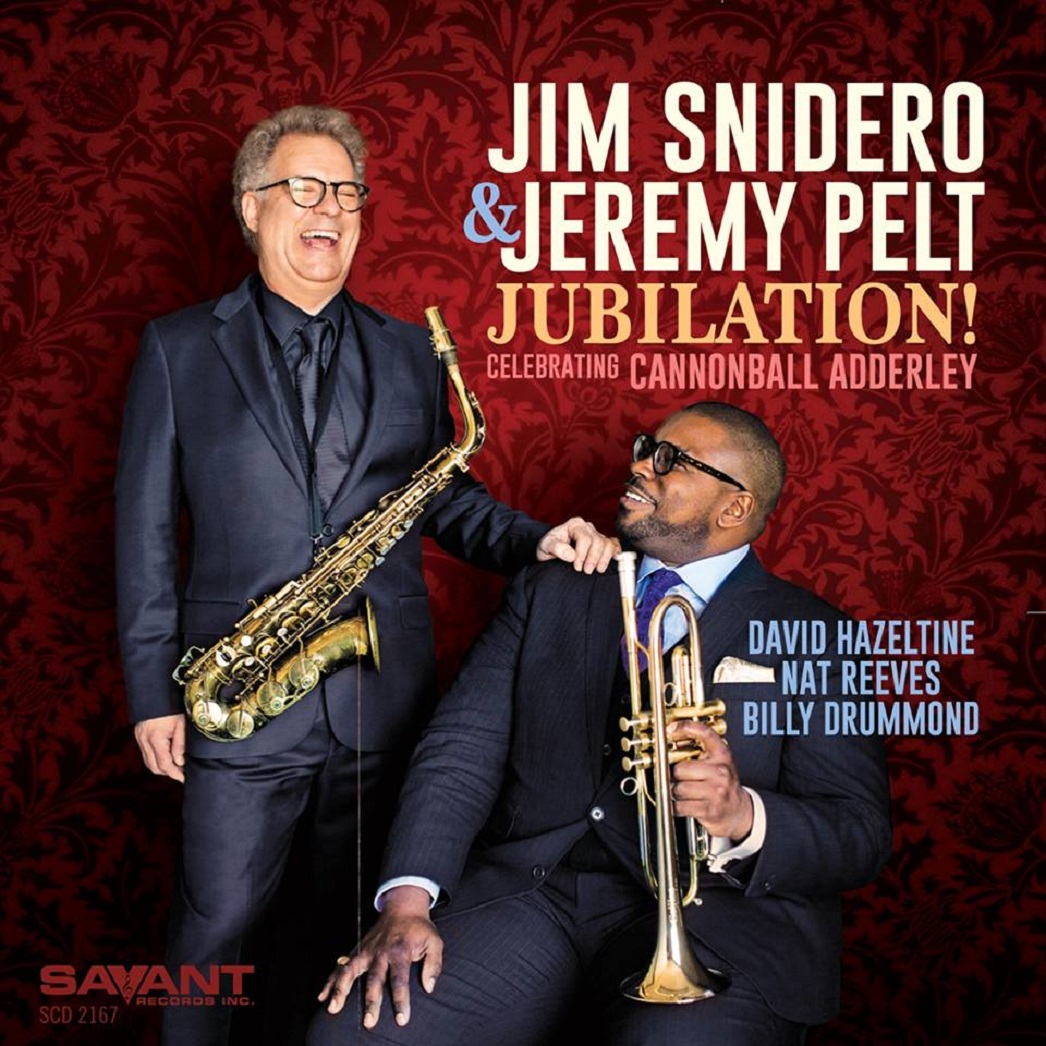 Cannonball Adderley is considered to be one of the all-time greatest jazz musicians; one whose playing projected depth and command. But, he also possessed the rare ability to connect and uplift the listener, shouting out "joy" in every phrase. For his 90th birthday, "Jubilation!" celebrates the genius of Cannonball Adderley. Beloved veterans Jim Snidero (Downbeat critics' poll) and Jeremy Pelt create a formidable front line while David Hazeltine, Nat Reeves and Billy Drummond form an incomparable rhythm section. It's an all-star lineup celebrating a true jazz giant. 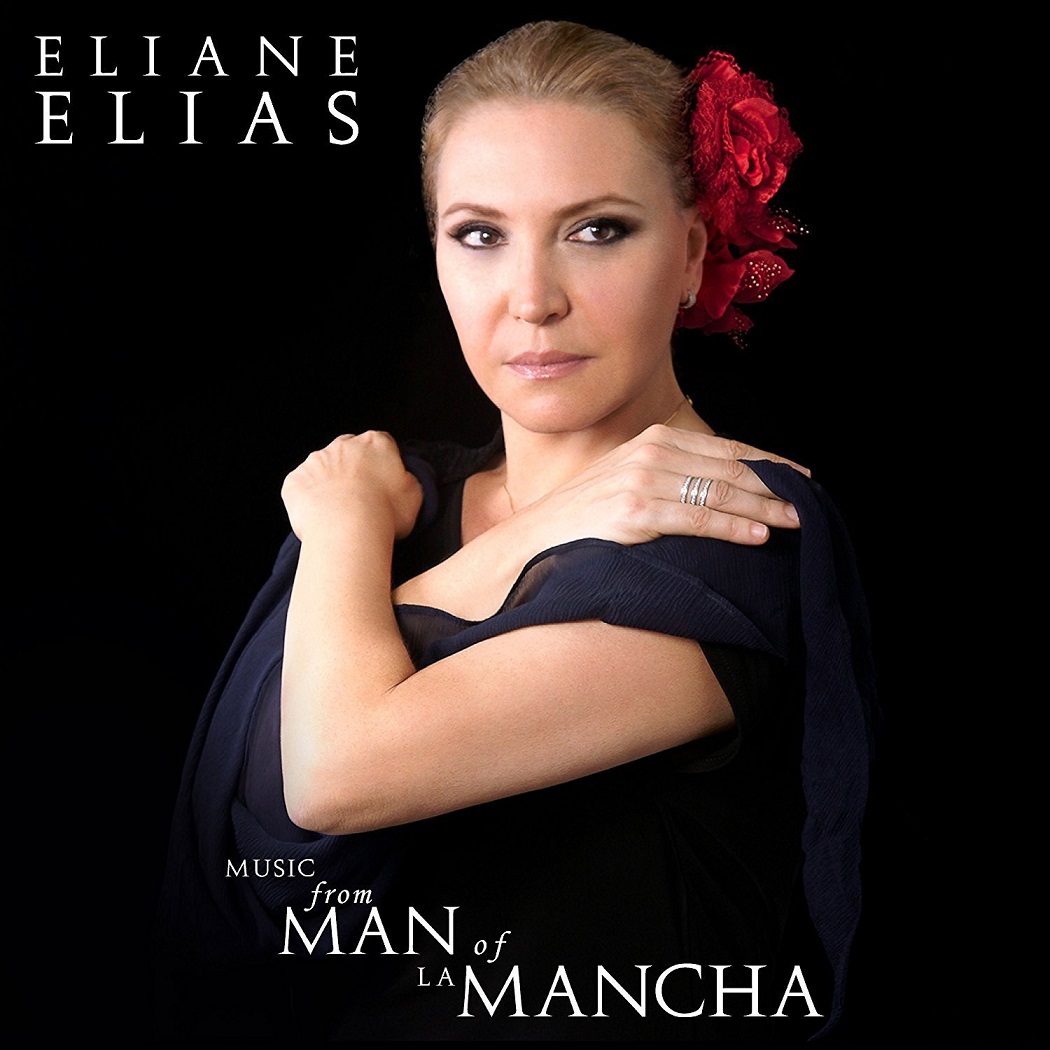 Music From Man of La Mancha is a 1964 musical with a book by Dale Wasserman, lyrics by Joe Darion, and music by Mitch Leigh. It is adapted from Wasserman's non-musical 1959 teleplay I, Don Quixote, which was in turn inspired by Miguel de Cervantes and his 17th-century masterpiece Don Quixote.

The original 1965 Broadway production ran for 2,328 performances and won five Tony Awards, including Best Musical. The musical has been revived four times on Broadway, becoming one of the most enduring works of musical theatre. The principal song, "The Impossible Dream", became a standard. 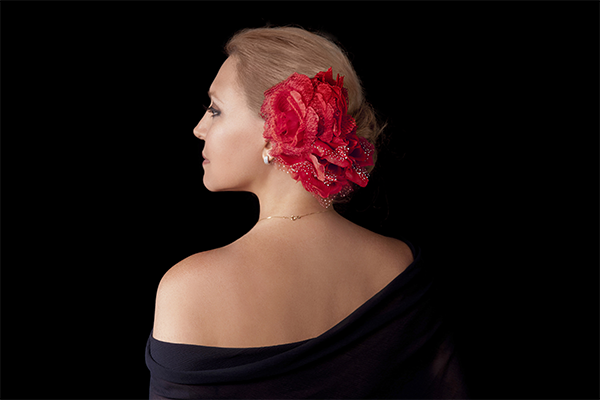 1 To Each His Dulcinea
2 Dulcinea
3 What Does He Want Of Me
4 The Barber’s Song
5 It’s All The Same
6 I'm Only Thinking Of Him
7 Man Of La Mancha (I, Don Quixote)
8 The Impossible Dream
9 A Little Gossip 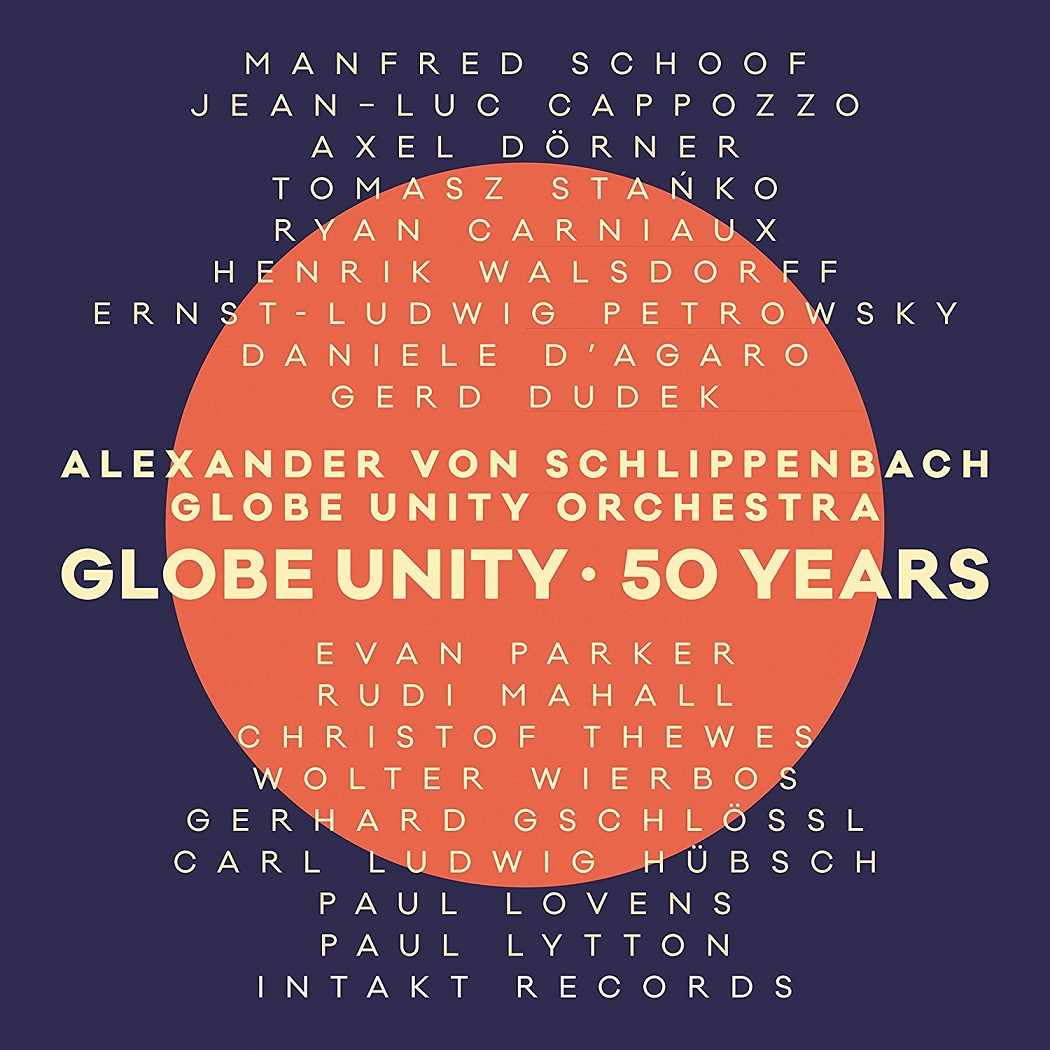 The Globe Unity Orchestra is not just an ensemble of enormous historical importance to jazz but one which proves the continuing relevance of its self-imposed task.

The present line-up, encompassing musicians of several generations and nationalities, lives up to the responsibility of producing genuinely new music, rejecting the commonplace and avoiding cliché, each time they play together. As if to contradict those who accuse the Globe Unity Orchestra (and free jazz in general) of predictability, the golden jubilee at the Jazzfest Berlin was characterised by extreme contrast and high drama, both musical and visual. The audience was drawn in and engaged to a degree that became obvious when the end of Evan Parker’s short unaccompanied soprano solo, almost midway through the 45 minutes, gave them a first chance to express their approval with a roar that can be clearly heard on the recording. At that moment, and others, they seemed unmistakeably to be applauding not just individual contributions but the brilliance of the collective endeavour. (from the liner notes by Richard Williams) 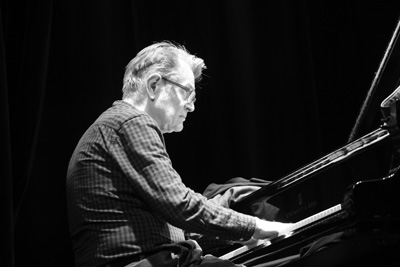 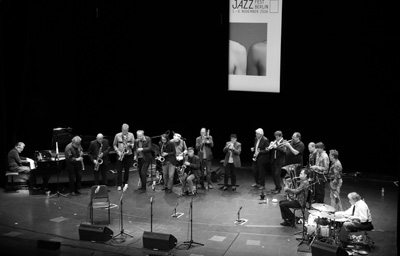 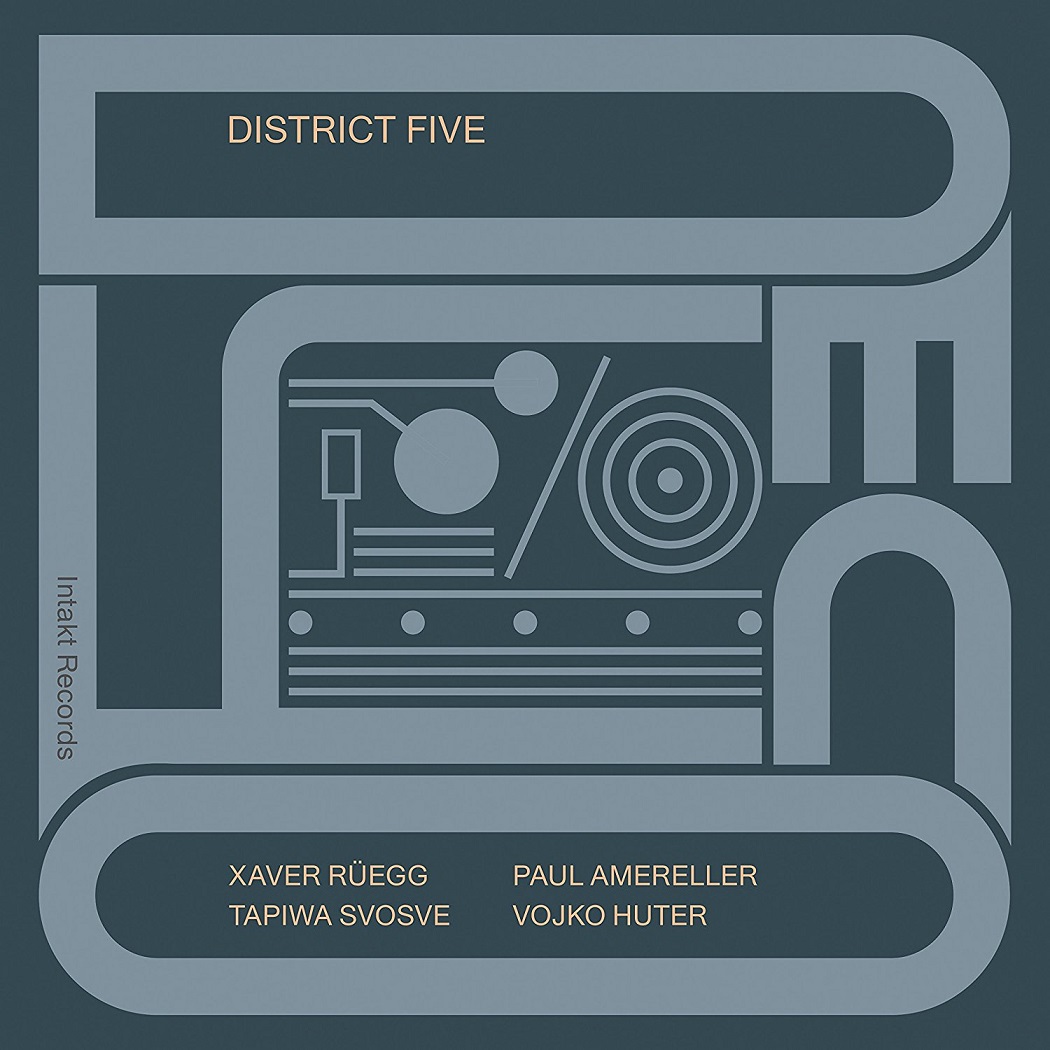 All in their twenties, the four young men are currently a top tip on the Swiss jazz scene. District Five have taken time over their debut album, the antithesis of short-term project culture. Now, with Decoy, they do justice to the album’s title, throwing us a seductive bait.

The aim behind the album is to transcend conventional jazz and offer a statement; it was to sound different from the experience of District Five live, using the possibilities of studio recording to mine the wealth of electronic-based sounds the quartet hear around them.

Whether flowing calmly along or sweeping weightlessly through the expanses of ambient soundscapes, whether the concentrated energy of free improvisation shatters the song structure or eruptive clusters of sound and hard-edged grooves emphasise the physical aspects of the music, in the club-friendly anthem ‘Maths’, the multi-layered sound art of District Five is compellingly direct and builds up a hypnotic momentum. 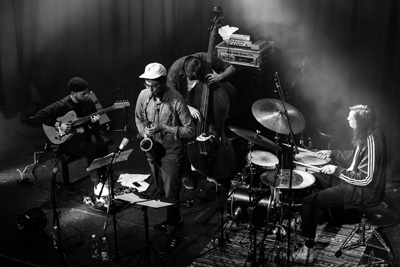 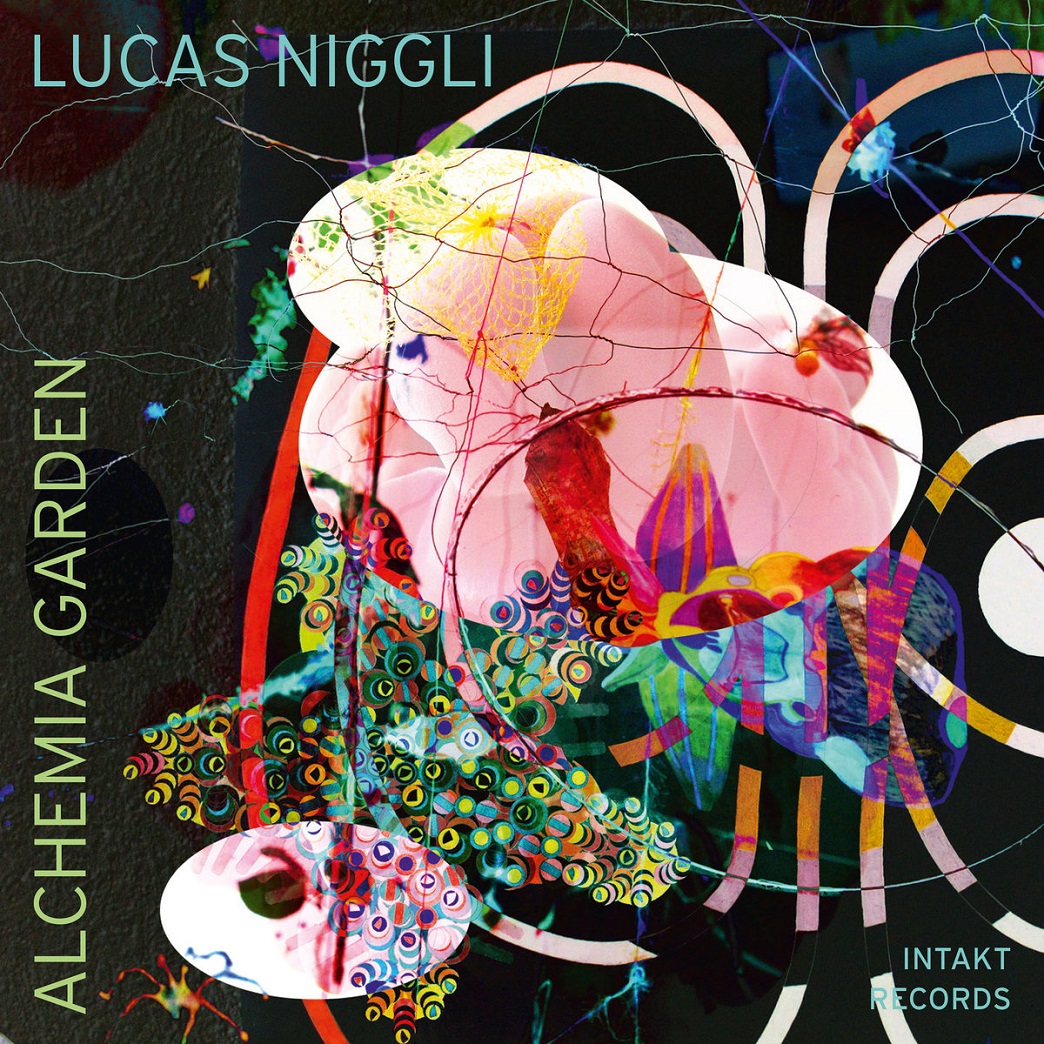 Alchemia Garden: the album’s wonderful title, creates an enchant­ing, ambiguous effect. Lucas Niggli relates the organic, biological and growing, which develops on its own and is cultivated and maintained in the form of the garden, to the metamorphosis of material, the scient­ific search for something unknown which historically has been seen to generate something new.

During his thirty years of playing live Lucas Niggli recorded with many musicians like Aly Keïta, Barry Guy, Sylvie Courvoisier, Luciano Biondini, Michel Godard, Andreas Schaerer, Nils Wogram, Elliott Sharp, Steamboat Switzerland, Erika Stucky. He has occasionally given solo concerts, for example a performance at the big John Cage Festival in Switzerland in the late 1980s at which Cage himself witnessed Niggli’s performance of 27’ 10.554” for a Percussionist. It is time, in the best sense, for Lucas Niggli to release a solo album. What a great way to celebrate one’s own 50th birthday – with this gift to himself and the listener.

New York critic Laurence Donohue-Greene writes in the liner notes: „As a drummer blessed with a percussionist’s intuitive sense and virtuosic capability and range, Niggli’s memorable solo performances here unquestionably add to the tradition of the great solo drummers who preceded him while keeping an eye on the horizon.“. 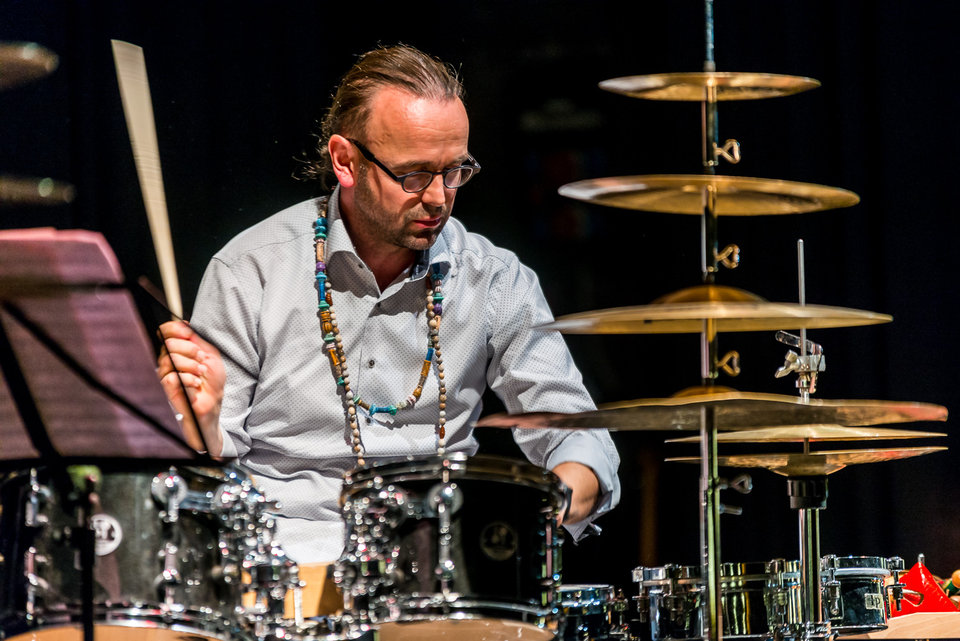 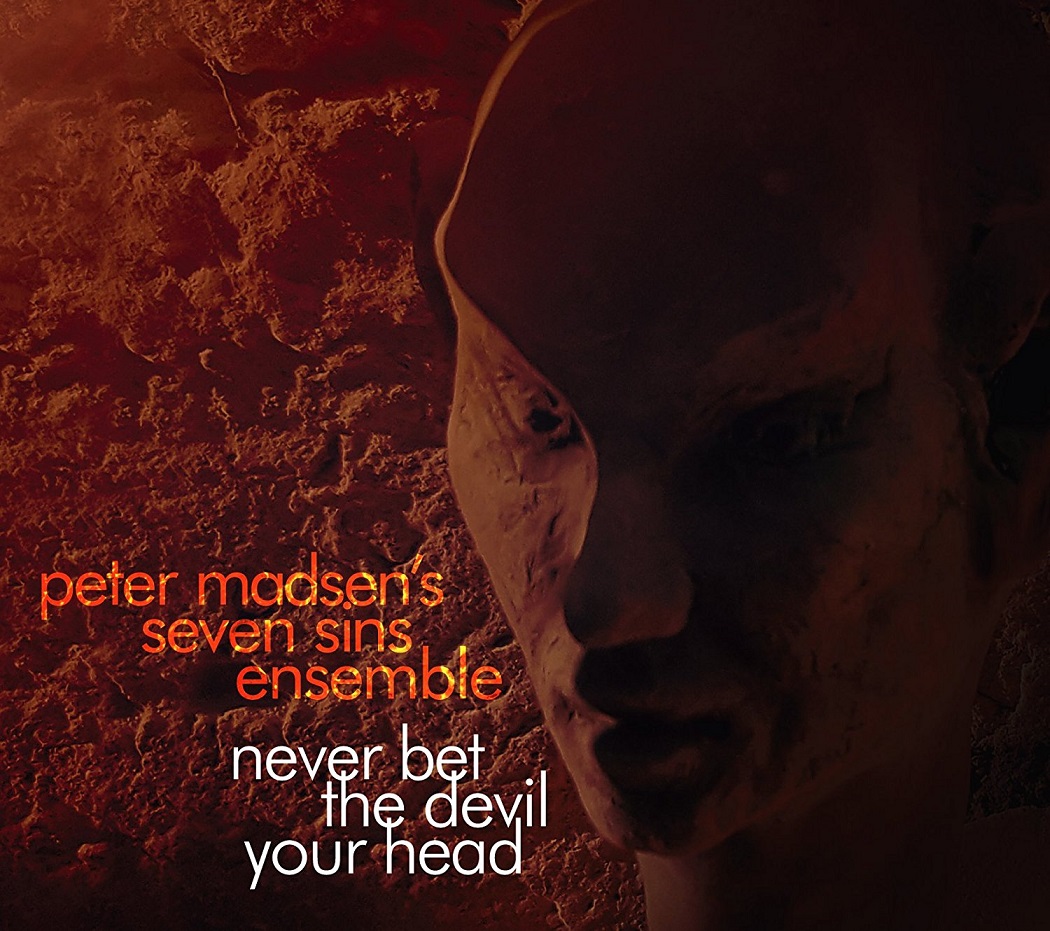 Never Bet the Devil Your Head is the second recording with Madsen's Seven Sins Ensemble, one of nine ensembles born from Madsen's Austria-based Collective of Improvising Artists (CIA), an organization he founded in 2007. Madsen's Gravity of Love, also released on Playscape in 2012, was his first recording with this ensemble.

Never Bet the Devil Your Head pays tribute to Madsen's childhood memories of reading spine tingling tales and watching suspenseful thrillers such as The Pit and the Pendulum, written by renowned author and poet Edgar Allan Poe. Much like Gravity of Love, this second project with his Seven Sins Ensemble explores similarly dark material such as The Raven and The Tell-Tale Heart, pulled from some of Poe’s short stories, which inspired this recording.

"Before composing each piece for this latest recording, I read a Poe story or poem and then tried to capture the feelings and ideas of each story in the music I composed," Madsen writes in his liner notes. "Since Poe wrote about many different things, I picked a variety of his pieces to form a balanced musical program. The music that came out was a combination of modern jazz and classical sounds and concepts full of odd meters and very difficult lines as well as improvised sections. I hope you enjoy the powerful and deeply emotional and sometimes scary music of Never Bet the Devil Your Head!!" 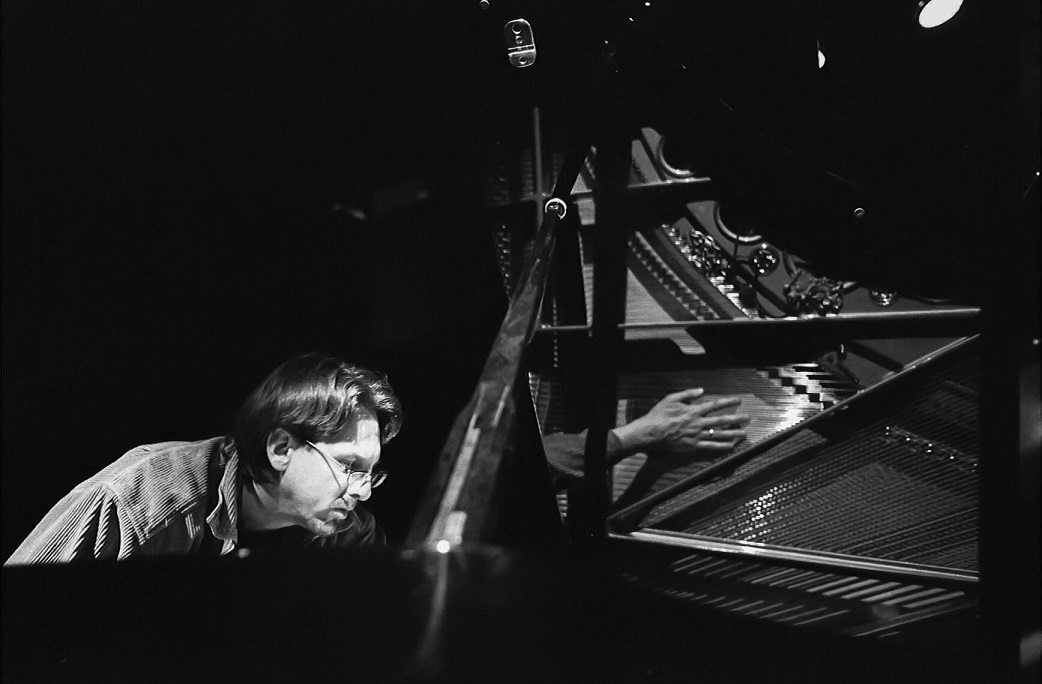 1. The Raven
2. A Dream Within A Dream
3. The Tell-Tale Heart
4. The Cask Of Amontillado
5. The Sphinx
6. Never Bet The Devil Your Heart
7. The Fall Of The House Of Usher
8. Mesmeric Revelation
9. The Masque Of The Red Death
10. A Descent Into The Maelstrom 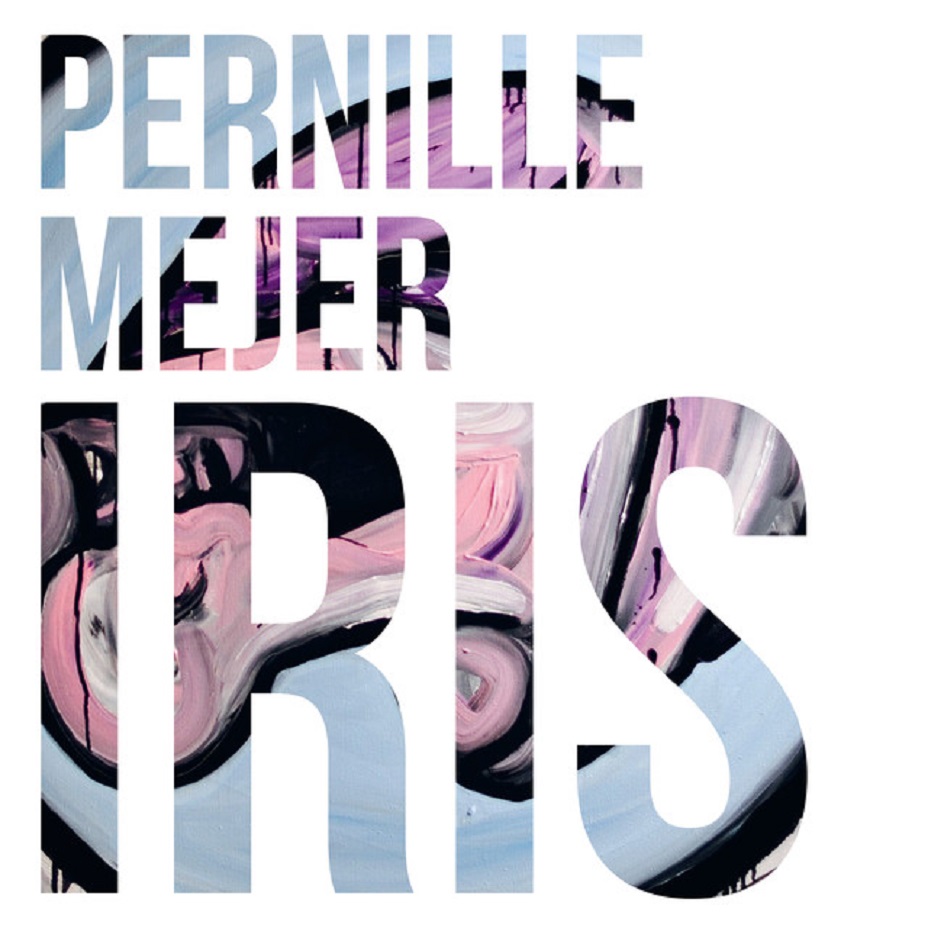 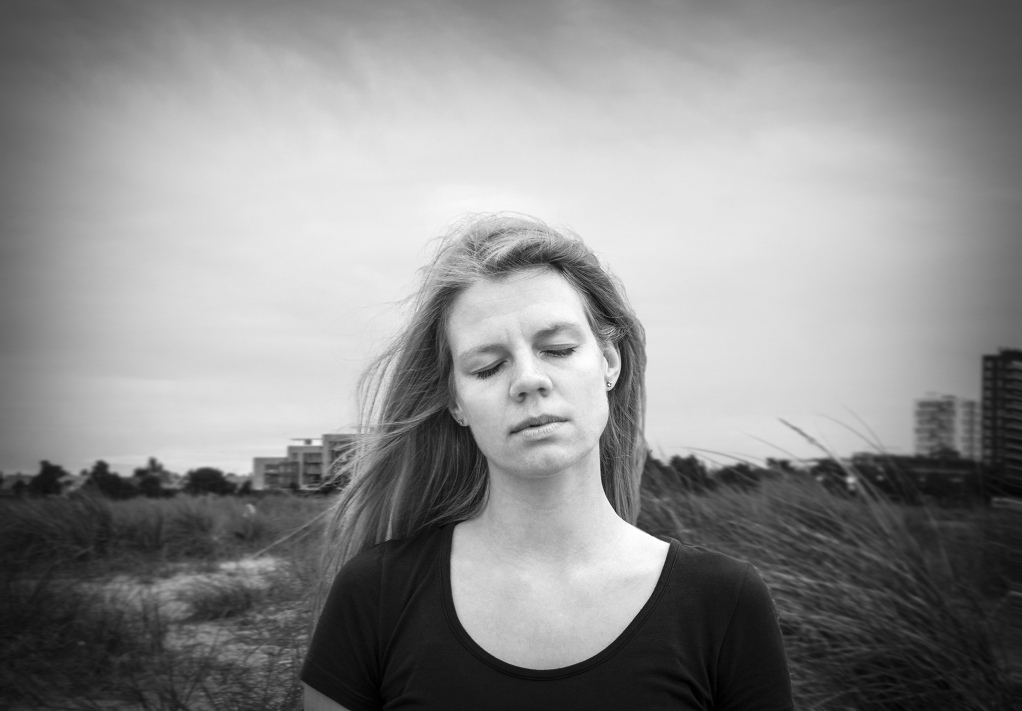 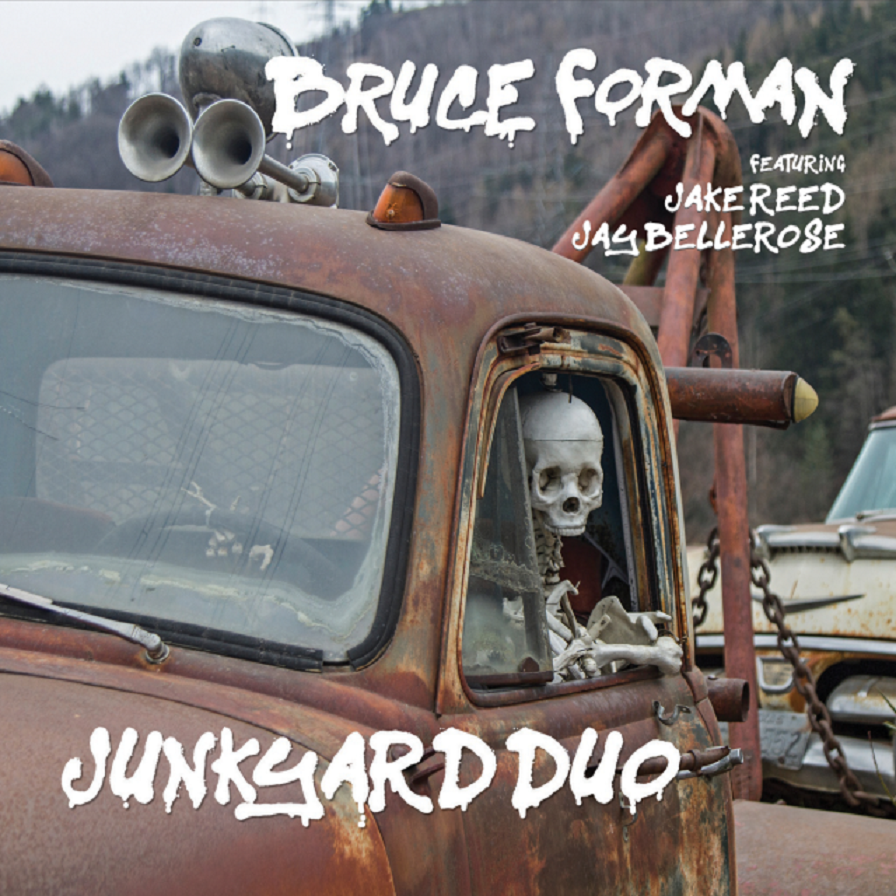 Junkyard Duo: Scavenging music from the edge of sound. They can ignore us, devalue us, even discard us, but we're gonna sit here on the junk pile and keep making music! We do whatever it takes with whatever we've got...the music shows the way, and it's strong to deny. So when you hear the breeze rustle in the trees or hear a train on a faraway track, you'll know its us!

"Bruce Forman is one of the great lights of our age.” Barney Kessel, Jazz Times 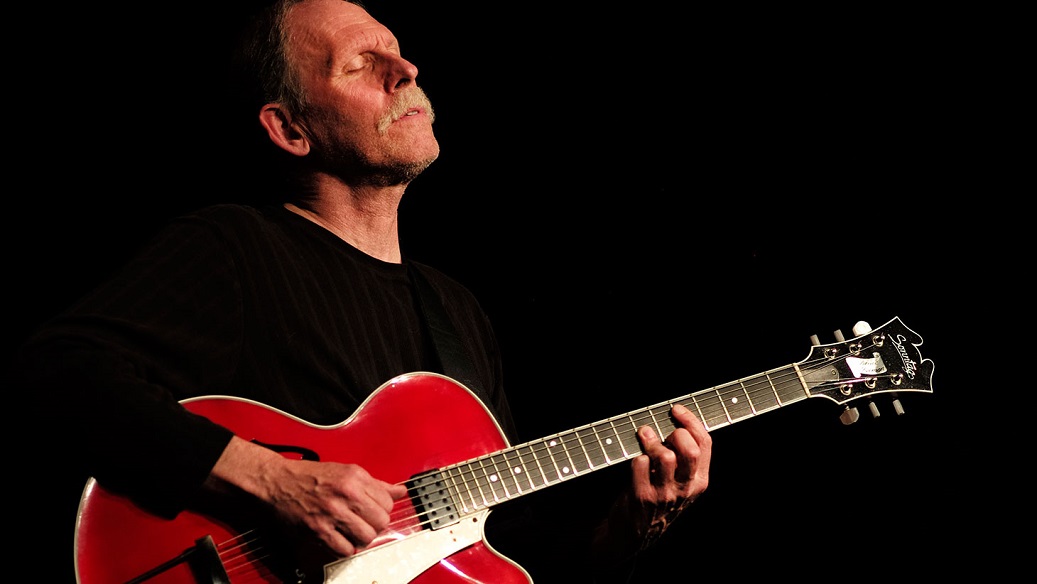