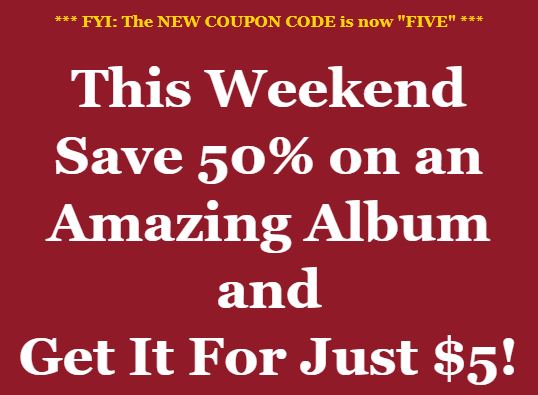 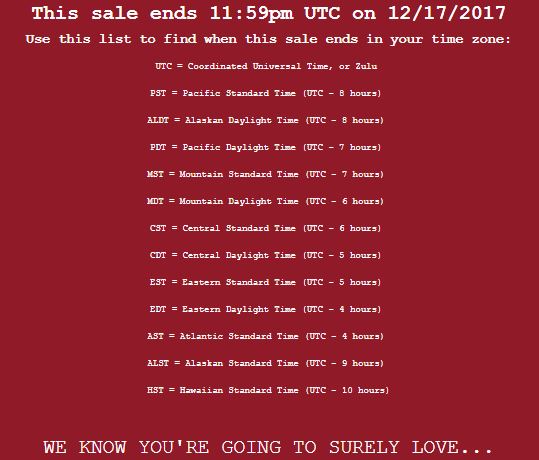 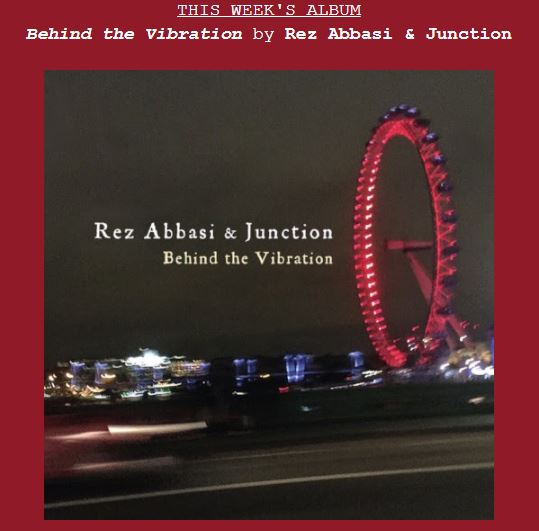 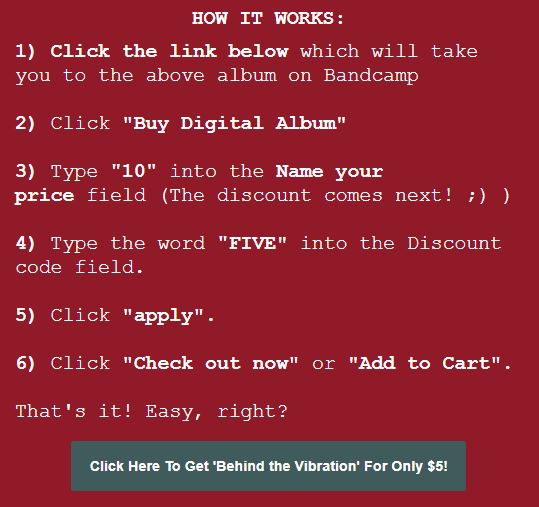 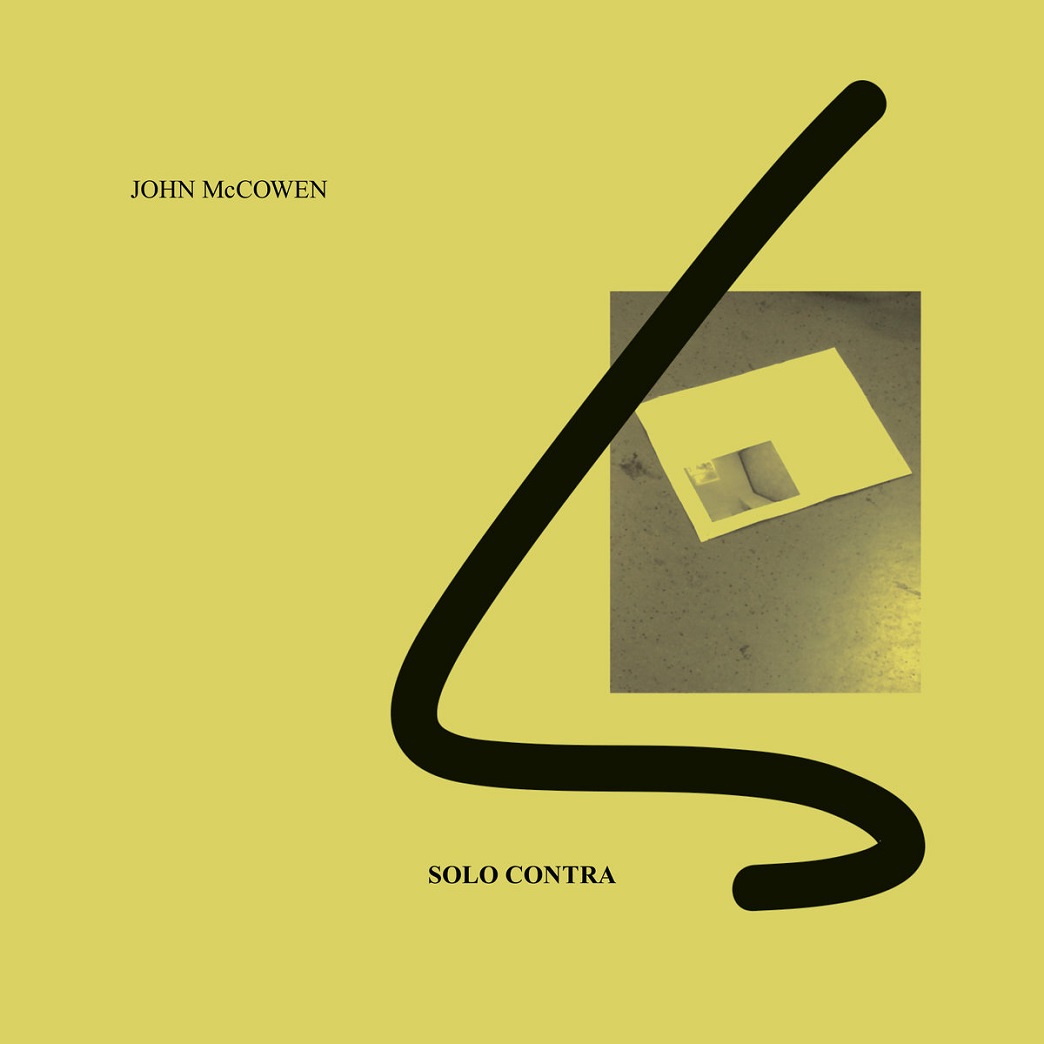 Grime punk haven Carbondale, lllinois native John McCowen got his musical start in the middle aughts doing vocals for hardcore bands in local basements. Tired of the toll that took on his throat, he eventually picked up a saxophone, and applying it where he could landed him a gig with his high school friends Ashton and Caleb Bird in their stoner rock band Tweak Bird. After several years doing saxes and flutes for Tweak Bird (which culminated in a 2 month tour opening for TOOL in 2009) McCowen returned home to pursue Bb soprano, bass and contrabass clarinet studies with Eric P. Mandat at Southern Illinois University in Carbondale. In that time he produced three releases – Humana/Mundana (DAAANG, 2014), Clarinet Quartets ½ (Cairn Desk, 2015) and OBF_14 (DAAANG, 2015) – before moving on to Mills College in Oakland, California to study under a major influence of his, Roscoe Mitchell. Between 2014 and 2017 in Oakland, McCowen learned from and played with Mitchell regularly, while simultaneously touring the American DIY gamut with New Music hybridizing, Rob Jacobs-led art punk project Wei Zhongle, and, among other works for woodwind based ensembles, developed the sonic concepts and contrabass clarinet compositions materialized in Solo Contra.

An apex of his work to-date on the bottom clef clarinet, and a punctuation of his graduate studies under Roscoe Mitchell, Solo Contra hears McCowen inhaling the musics of Eliane Radique, Maryanne Amacher & Pauline Oliveros, and exhaling, with incredible force, depth & clarity, an utterly new slate of tones & sonic textures he calls “post electronic acoustic music.” The album’s 26 minutes contain three densely-hued polyphonic movements produced entirely acoustically, recorded by engineers Úlfur Hansson & Michael Coleman using 13 microphones set to fully capture the broad vibrational spectrum of the instrument and its activation by McCowen’s seemingly infinite breath. After that session, in July of 2017, he brought the recordings to IARC cofounder David Allen’s home studio, where together the two mixed and mastered an array of almost superhuman, entirely supernatural frequencies into a singularly vivid timbric persona. Solo Contra is John McCowen’s larger than life rendering of contrabass clarinet in its most definitive, but most undefinable projection.

All music composed by John McCowen 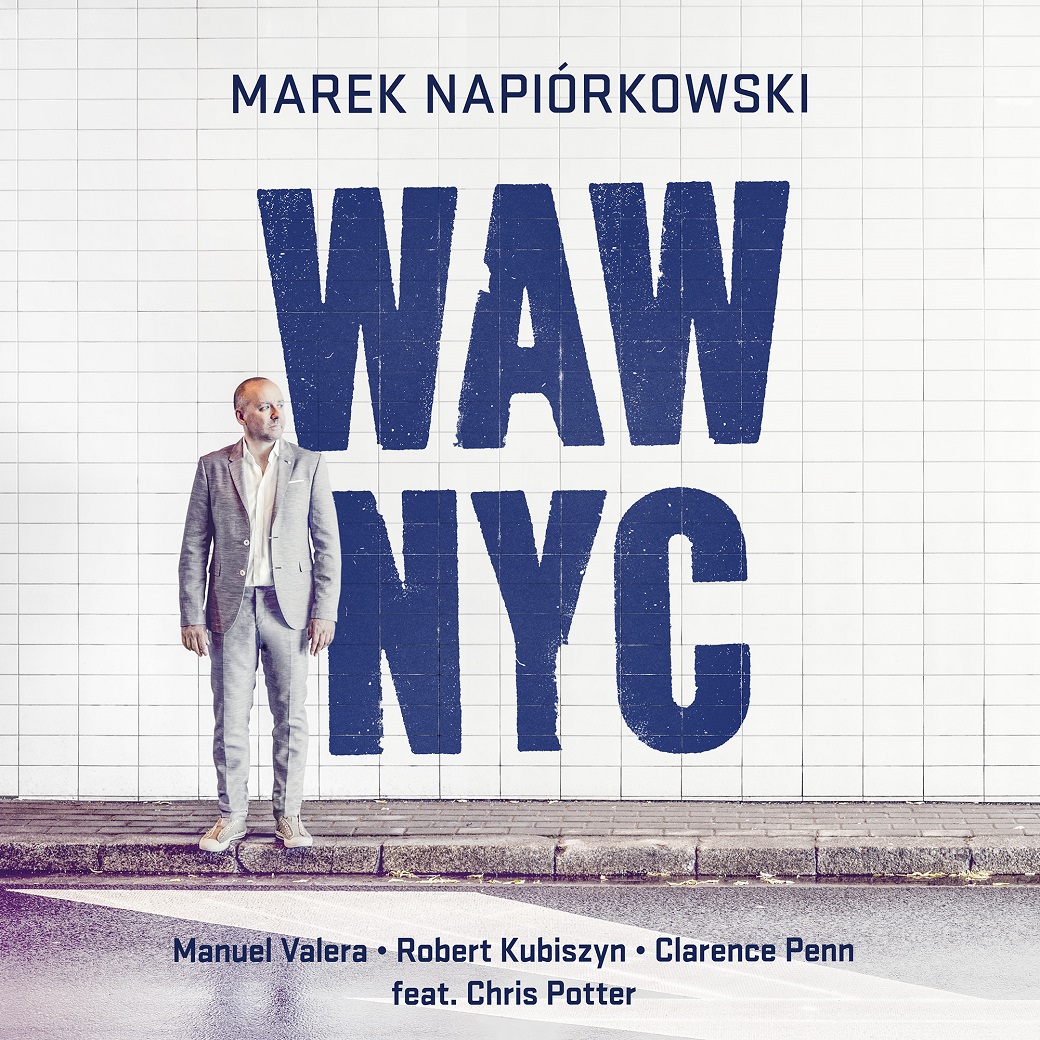 WAW-NYC project is a unique fusion of various personalities, which links two distant cities with the power of music of their jazz representatives. Compositions are created specially on this occasion and give experienced improvisers an opportunity to interact while playing music together, where European harmonic concept mixes with the culture of rhythm from the birthplace of jazz and Cuban zeal. WAW-NYC is a premiere project of Marek Napiórkowski, in which, through music, dynamically developing Warsaw encounters New York - vibrant capital of jazz and modern art. 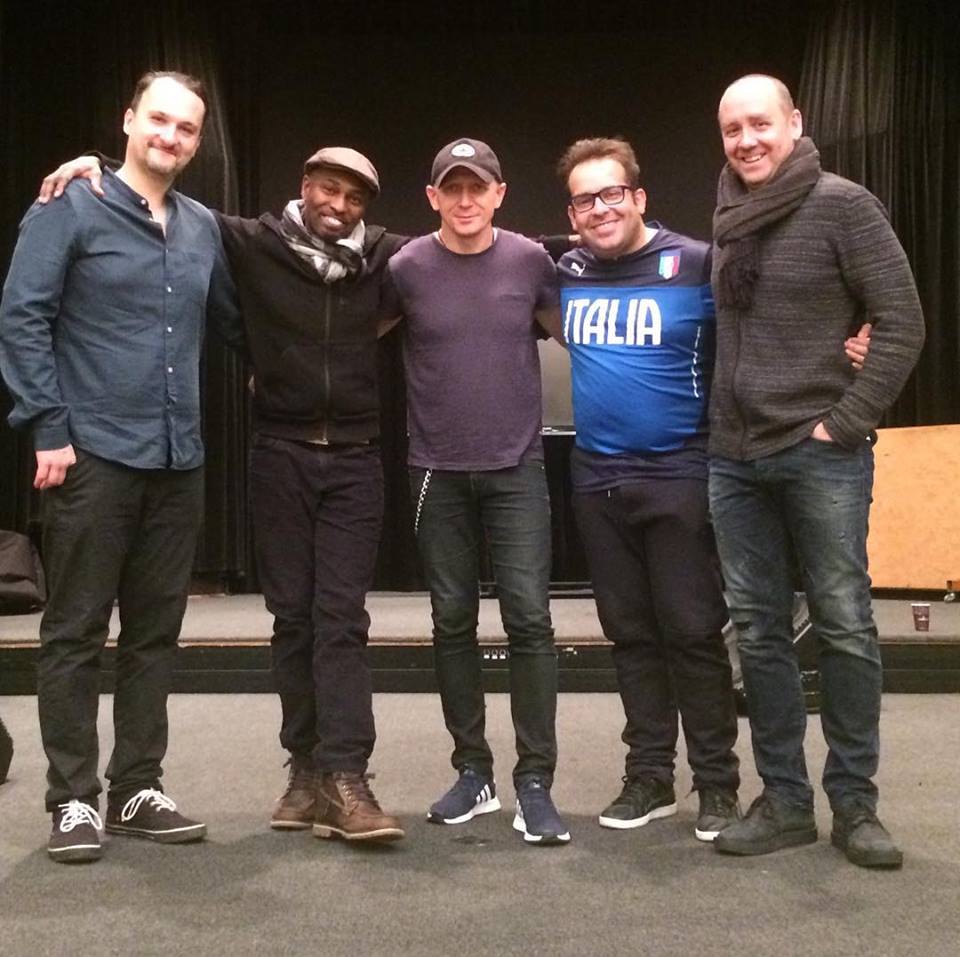 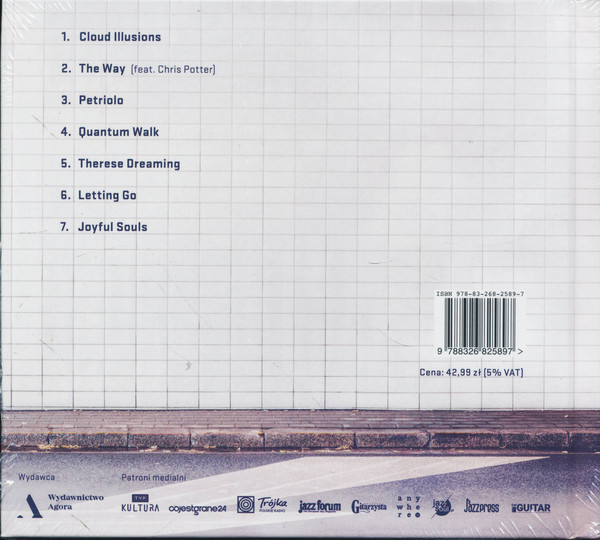 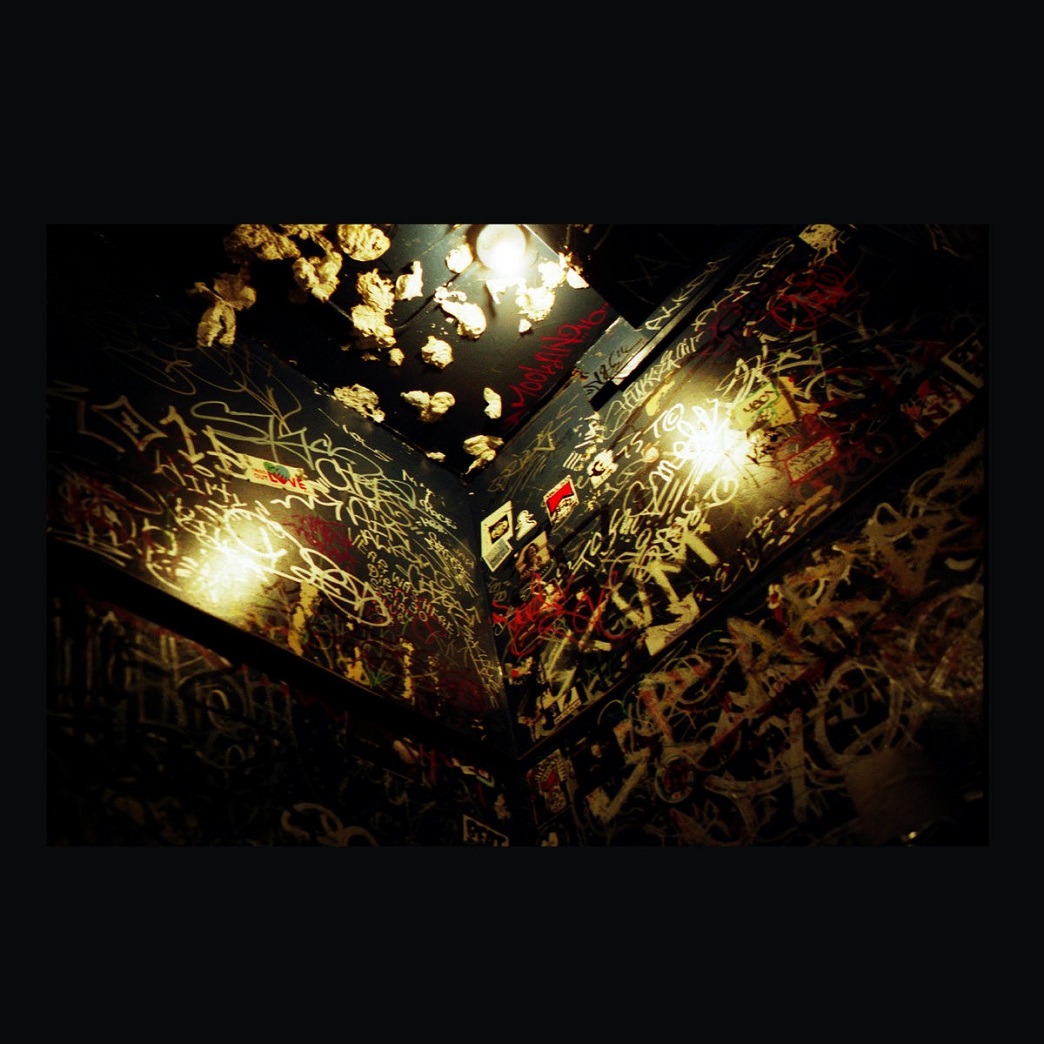 It’s titled Highly Rare not only for the format of its initial release (a limited-edition run of cassettes packaged in screen-printed, string-sealed, firecracker red envelopes), but foremost for the context of the source material’s capture.

The sounds were recorded to four track cassette tape at a DIY show packed into the confines of Chicago dive Danny's Tavern, a place definitely not known for having live bands, let alone live recordings. It's a place known to vinyl heads both locally and globally as a legendary hub in the crate digger diaspora. It's the place where Jeff Parker learned how to DJ. It's the place where Dante Carfagna held down a rare soul party for over a decade, where he first dropped public needles on 45s that would eventually make compilations he curated for Numero Group and Chocolate Industries. It's the place where DJ Shadow still does sets on the low when he rolls through town.

And on one highly rare night in November 2016 Danny's was the place where we invited an "International Anthem All Stars" type of improvising ensemble (Makaya McCraven, Junius Paul, Nick Mazzarella and Ben Lamar Gay) to play in support of DJ sets by LeFtO, who was in transit from Belgium, hitting local spots under the direction of Chicago scene sage King Hippo. Damn-near 0 degrees and just days after the death sentence of the American presidential election, the sounds the musicians conjured were thick with the bitter cold darkness that hung heavy in the air, punctuated with moments of joyful determination – the kind that can only be accessed when such impending doom triggers passionate adrenalized bursts by creators in survival mode.

Cogent as the cultural context of that November night at Danny's is the compositional prowess that Makaya exercised in post to make Highly Rare the impressive final piece it is. Demonstrating a deeply attuned development of the production approach he forayed in the creation of his 2015 breakout In The Moment, Makaya again took stereo mixes of the full band improvisations into his lab to edit, loop, layer and arrange the tracks, tediously constructing a vivid new slate of sounds that tell an infinitely more colorful tale than the straight takes ever could. The rough and raw edges of low fidelity cassette recording combine with the elegance and wit of Makaya McCraven's production touch to make Highly Rare a highly relevant artifact in the ever-unfolding history of Chicago style creative music. 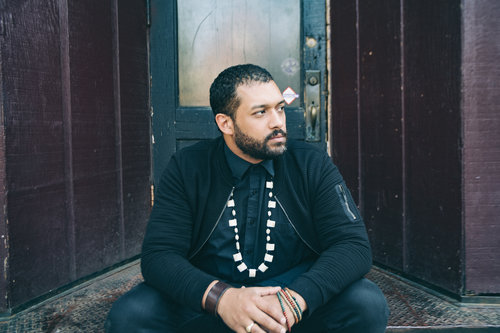 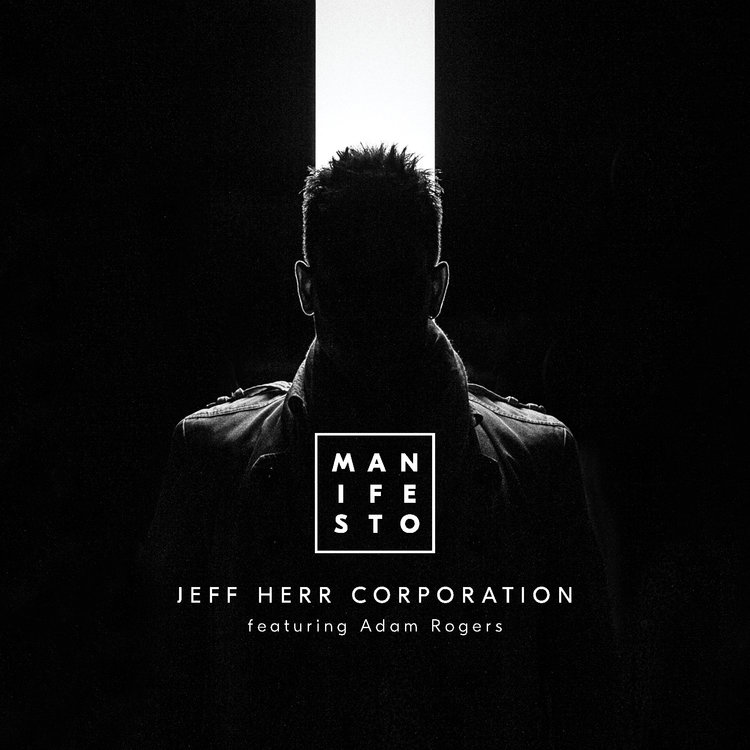 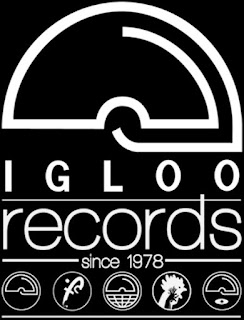 Jeff Herr's new Corporation surprises with a new setting and dexterity,
presenting itself now a s a linear trio, without the need for a harmonical
instrument. Maxime Bender on Saxophone and Laurent Payfert on Bass
complete this new highly skilled and energetic trio which relies on
compositional abilities from each of the 3 members. Well arranged and
structured songs as well as wild and free improvisations cover the band's
large repertoire, filled with some surprising cover songs from well known
Pop artists such as David Bowie or Jimi Hendrix. The strength and tightness
of the band emerge from a strong rhythmical impact and emphasize the
origins of music: the groove. 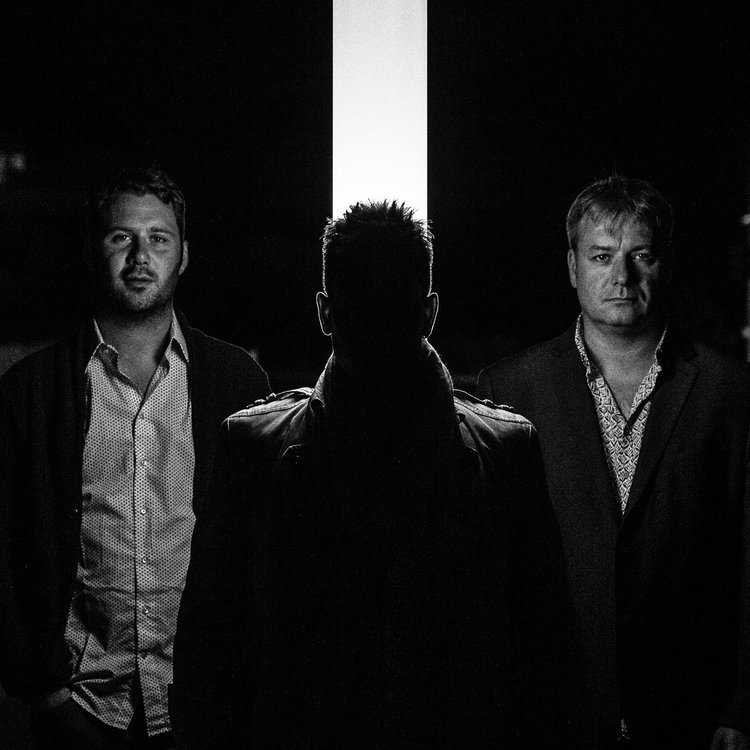 The highly acclaimed album "Layer Cake" (distributed and licensed by IGLOO Records/Editions SOWAREX) has been released on the 30 november 2014 @ Centre Culturel de Rencontre Abbaye de Neumünster and is being distributed all over Europe as well as in Japan.

Entitled “Manifesto”, the new album of the Luxembourgisch contemporary jazz trio  consists of 7 original songs and a surprising cover version of Randy Newman's 'Same girl'. It ensures the continuity of the previous album “Layer Cake”, of the oscillation between structured compositions and free improvisations as well as of the contrast between the acoustic sound and the contemporary interpretation.

This time, however, the trio is joined on several songs by the american guitarist Adam Rogers, known for his work in the modern jazz idiom and his numerous collaborations with musicians such as Norah Jones, Ravi Coltrane or Marcus Miller. His guitar play, rooted in the acoustic jazz music and influenced by Pat Martino, George Benson and Wes Montgomery, provides the Jeff Herr Corporation with a unique aspect and a new, intriguing sound. 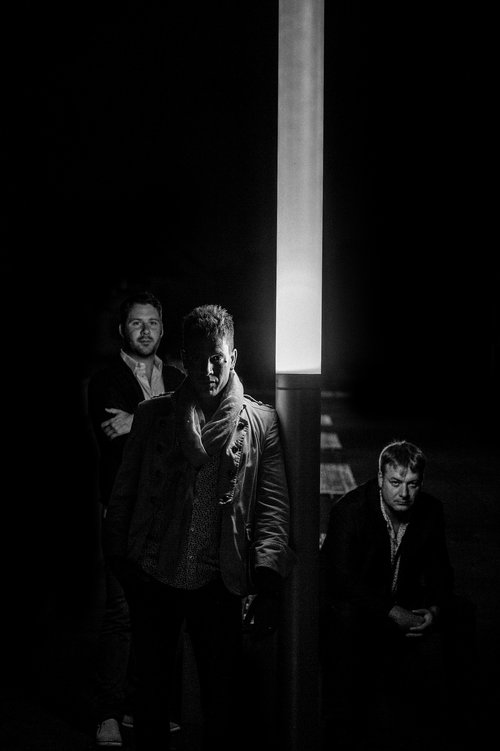 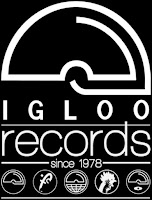 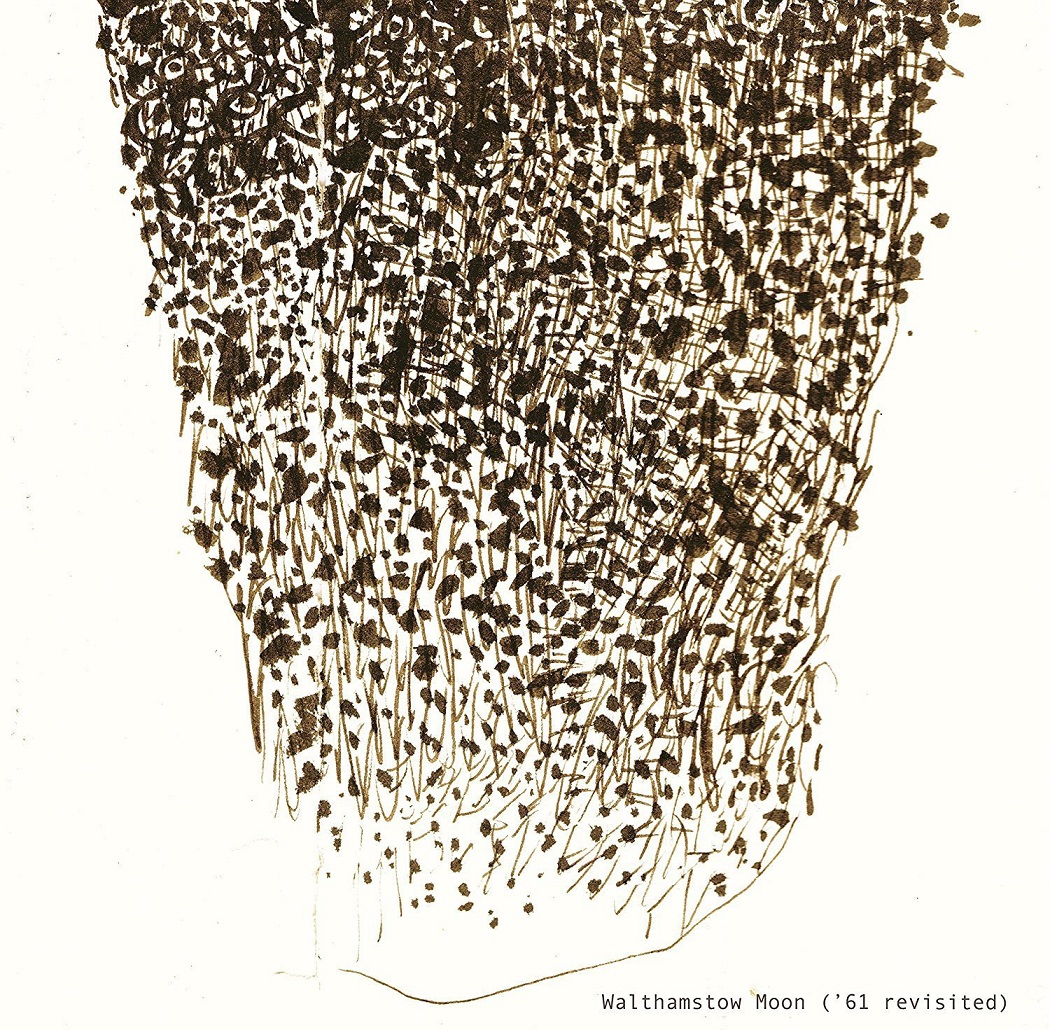 An homage of sorts ... in November 1961, John Coltrane played at the Granada Theatre in Walthamstow, North East London, on A Jazz at the Philharmonic tour. A young Evan Parker was in the audience that night, and the event obviously left an indelible impression. 55 years later, Parker returned to the scene of the 'crime' (a cinema located at 186 Hoe Street E17) with guitarist John Russell and bassist John Edwards and commenced on a recording inspired by the memory.

And how could this show not have impressed? It was after all John Coltrane, Eric Dolphy, McCoy Tuner, Reggie Workman, and Elvin Jones belting out the now classics 'My Favorite Things', 'Naima', 'Impressions' ...

However, what Parker and company do in the same physical space inhabits a much different musical one. This is certainly not a note-for-note remake, rather it's a deep dive into the musical vocabulary that grew from the musical experimentations that took hold in London in the mid-1960s with groups like Spontaneous Music Ensemble. A direct link, of course, Parker, whose melodic bursts and expressive inflections guide this music. Russell, on acoustic guitar, channels the influence of Derek Bailey in his use of jarring chord tones and rhythmically abstract slashing. Edwards' contribution on bass is endlessly fascinating in how he connects everyone at key moments with a well placed pluck or bowed passage, propelling the songs in unexpected ways.

This is a rich treat. For example, on just one track, like 'Mirth', there is so much to unpack that it really can serve as an abstract for the whole recording. The syncopated phrases from Russell's guitar feels natural but there is no easily discernible pattern, Edwards' bass work provides depth and texture that thrusts the group forward with no obvious pulse. Most of all what you feel is the dedication to the musical whole emanating from Parker's saxophone. From each squiggle of sound to rapid runs through scales and other elliptical patterns, it is utterly mesmerizing. 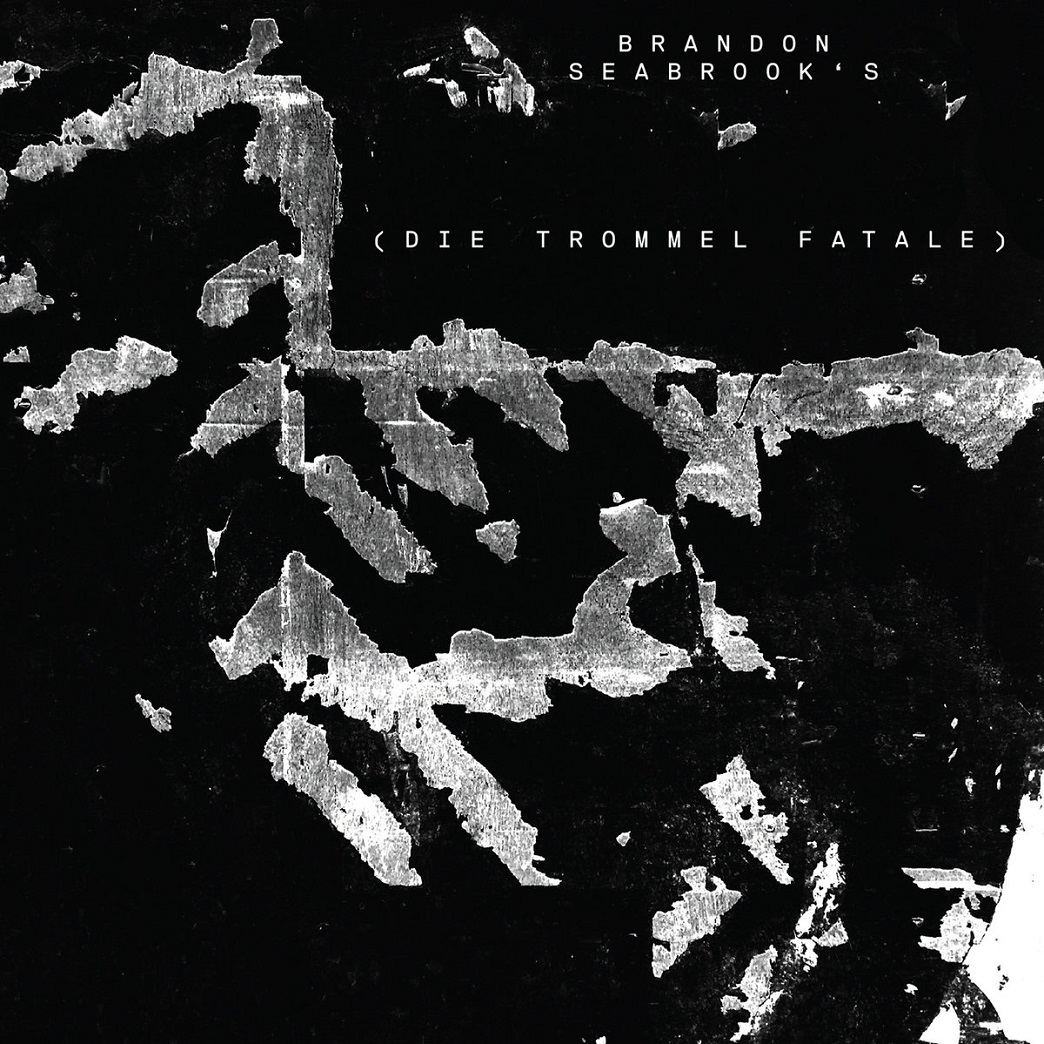 For its 50th release, New Atlantis Records is proud to present guitar wizard Brandon Seabrook's new large ensemble recording, Die Trommel Fatale. Conceived as a poly-rhythmic exploration of the dark side of the drum, Die Trommel Fatale layers dichotomous drummers against cello, bass, electronics, voice and guitar. By dispensing with cymbals, the band highlights the primal propulsion of the drums, contrasting the body and resonance of the dual kits with dizzying ensemble passages and transcendent solo experimentation. Cinematic textures emerge from the bone-shaking collision of drums, strings and guttural shrieks under the command of Seabrook's prodigiously dynamic guitar.

In the context of his previous work, Die Trommel Fatale finds Seabrook bringing his singular compositional and instrumental vernacular and his fetish for electronic timbres and stagger-stepped rhythms to bear on a group of wildly capable players who augment rather than dilute his vision and dissonant charisma. Marika Hughes (cello), Chuck Bettis (vocals/electronics), Eivind Opsvik (bass), and drummers Sam Ospovat and Dave Treut represent a fantastic new alignment in dissonance and resonance, realizing a group sound in total congruency with Seabrook's manically progressive vision.