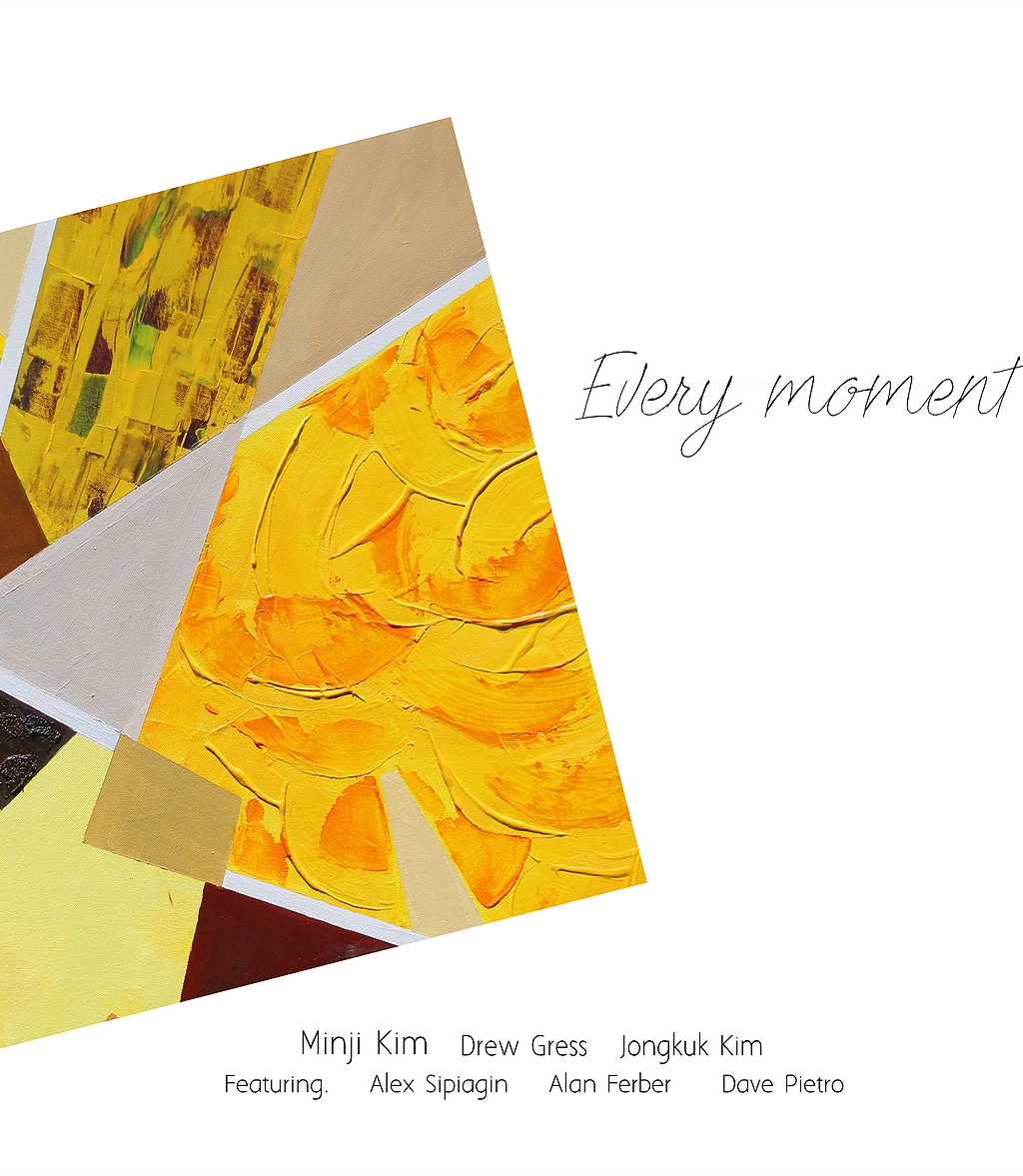 Minji is a pianist, composer, and an instructor who was born in South Korea. She pursued bachelor’s degree at Berklee College of Music with a Jazz Performance Award, Berklee Achievement Scholarship, and Berklee International Grant. She studied with many brilliant professors including Joanne Brackeen, Alain Mallet, and Ed Tomassi. Minji is currently pursuing her Master’s degree in Jazz Performance at New York University while working as an adjunct instructor at NYU. She has recorded/performed with many recognizable musicians including Drew Gress, Alan Ferber, Alex Sipiagin, David Pietro (will perform with Lenny Pickett  on April 27th and Brad Shepik in July). She has released her first debut album, “Every Moment”, on February 2018 under her own recording label with Drew Gress on bass and Jongkuk Kim on drums (featured by Alex Sipiagin on trumpet, Dave Pietro on alto sax, and Alan Ferber on trombone). Minji currently is performing at various places and building her musical experiences with many musicians, such as Blue Note, Club Bonafide, ShapeShifter Lab,Tomi Jazz, Loewe Theatre, and James Dolan Studio. She will have her first abroad tour in Costa Rica (“Costa Rica Tour & Clinic) in July 2018 with NYU Group (featured by Brad Shepik). 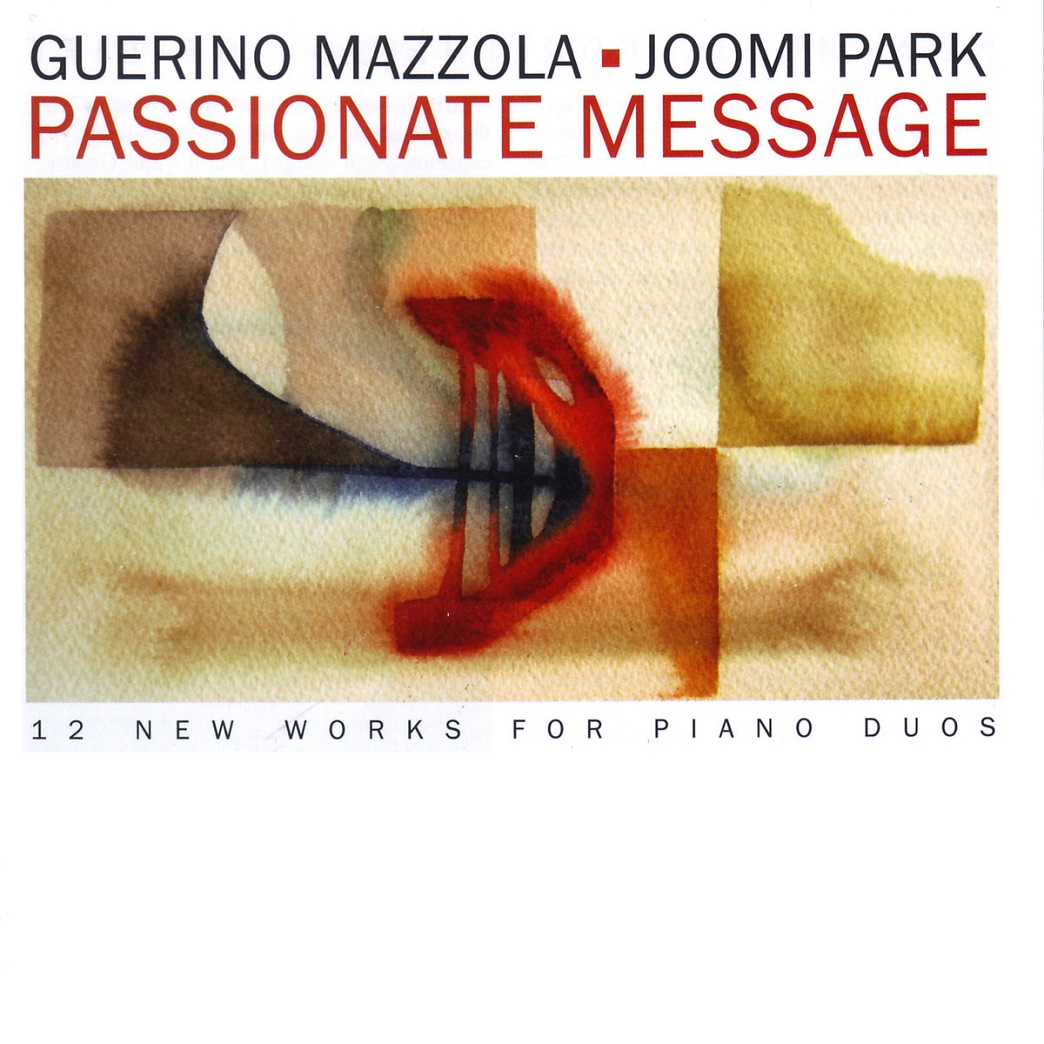 Silkheart Records has previously released two CDs presenting the dynamics of Guerino Mazzola on grand piano and Heinz Geisser on percussion – Folia/The UNAM Concert and Someday respectively. This time we have decided to invest in a new type of dynamics – the one between two improvisional pianists – Guerino Mazzola and Joomi Park. Our decision was based on a concept presented to us by Mazzola and Park to consider: 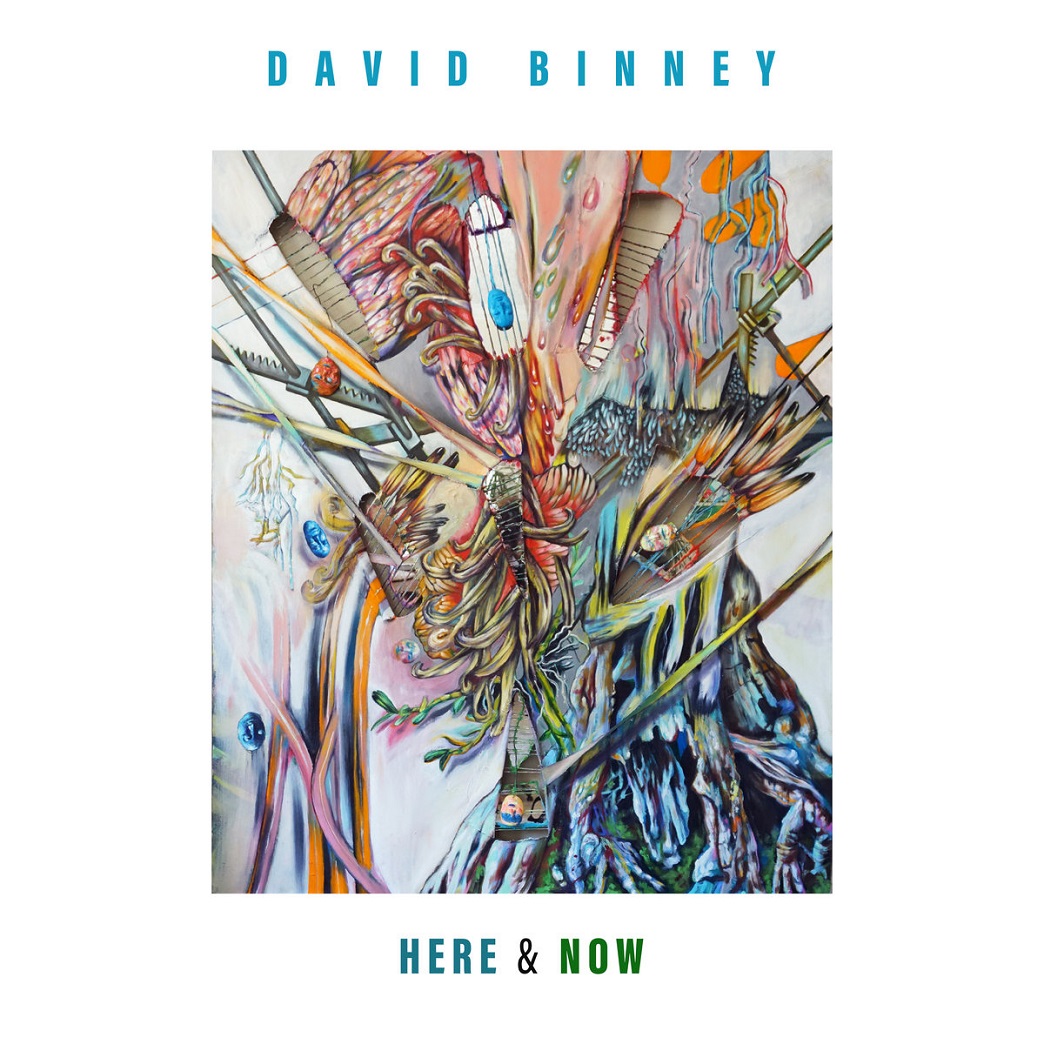 Labor of love as all of my projects are. I don't like describing music. This is music. I like it a lot. I sincerely hope that you do too. It's different than some of my other work. This is my first fully Bandcamp release. And there's a lot more where this came from. There will be a more steady release of things in the future. Only digital. There will be no cd's. If you're a fan of my work, the more support I get through Bandcamp, the more work I can do and release. Yes, it really works like that. So get this! And thank you in advance from the bottom of my heart. DB 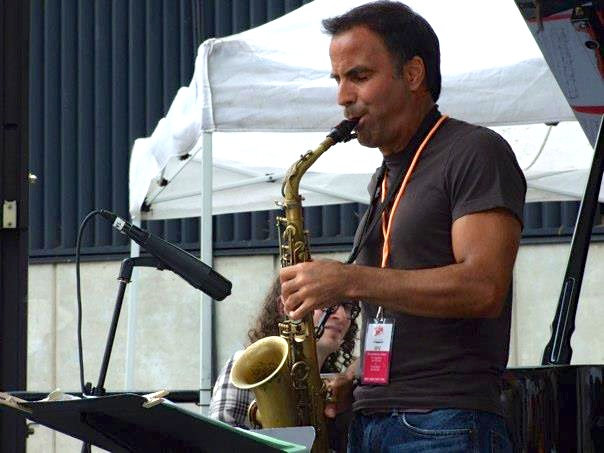 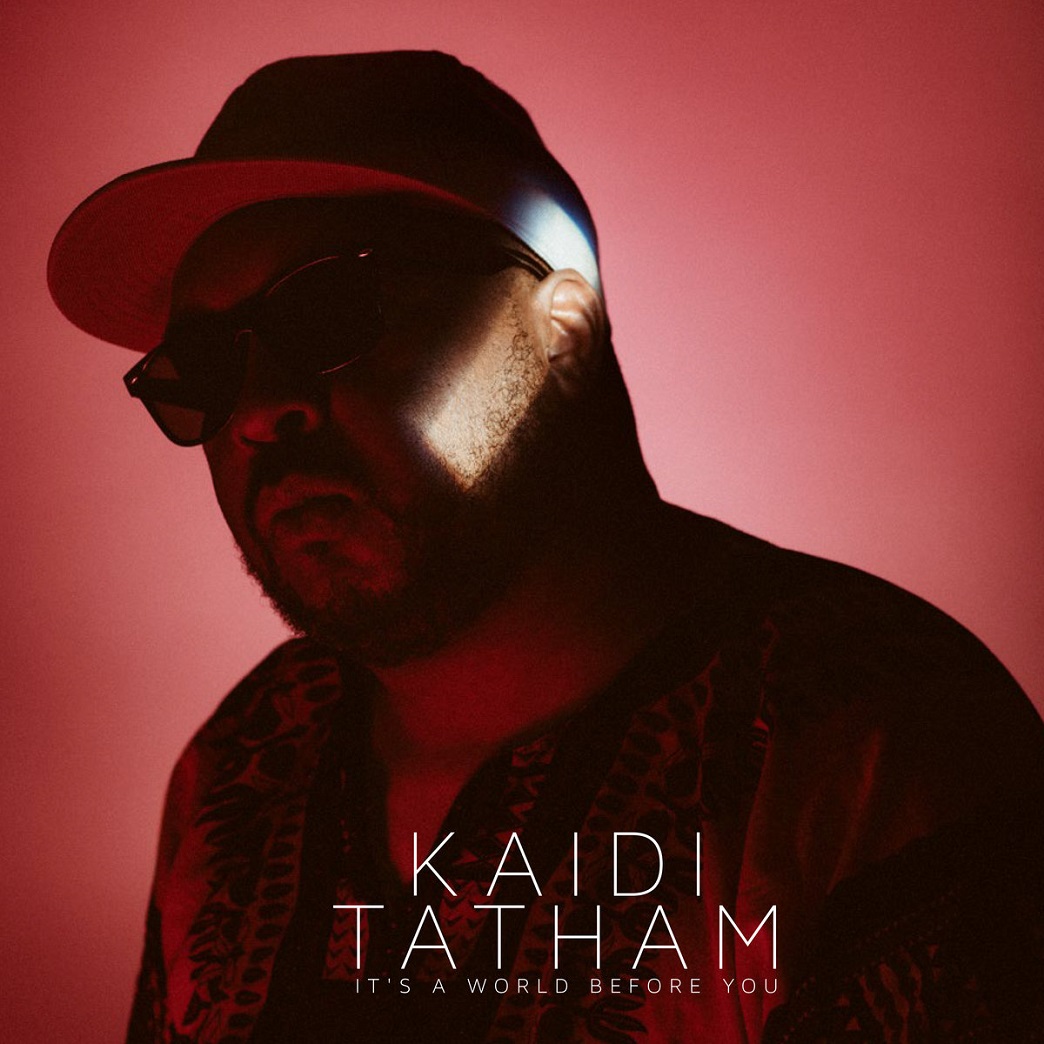 First Word Records is very proud to present a brand new full-length album from Kaidi Tatham. ‘It’s A World Before You’.

Following on from two EPs released on First Word last year (‘Changing Times’ and ‘Hard Times’), Kaidi has delivered us thirteen tracks that deftly illustrate his various talents as a multi-instrumentalist.

All this in addition to heating up dances around Europe with his inimitable DJ sets, and working heavily with First Word label-mate, Eric Lau (who also mixed this album) on a variety of projects, and adding releases to his already impressive catalogue on 2000 Black, Eglo and Theo Parrish's Sound Signature, with regular compadre, Dego (who features on the album’s title track).

This album personifies Kaidi’s diverse palette of sounds – bar Eric & Dego’s features, every piece of music is played by himself. Largely flowing on a broken beat rhythm section, Kaidi effortlessly incorporates washes of afro, latin and funk throughout. From the harmonics of ‘Your Dream Don’t Mean A Thing’, to the breakneck funk of ‘Outta Audah’, each and every riddim exudes energy. But this isn’t simply a bruk record. The album is laced together with downtempo beats and future jazz interludes throughout, and some sweet synth boogie is never very far away, especially on the weighty vibes of ‘It’s About Who You Know’. To top it all off, there’s two delightful nuggets of hip hop soul - Mancunian label-mates, Children of Zeus, feature on the neo-soul vibes of ‘Out Here On My Own’, and there’s a feature from Amir Townes, better known as Uhmeer - an upcoming MC from Philadelphia, and son of one Jazzy Jeff Townes - who rides a sub-heavy, piano-led slice of boom bap, voicing an assortment of characters to tell the tale of ‘Cupid’.

‘It’s A World Before You’ is set to cause serious damage to sound-systems over the Summer, and show and prove once again the skills of one of the UK’s best unsung musical talents, Kaidi Tatham. 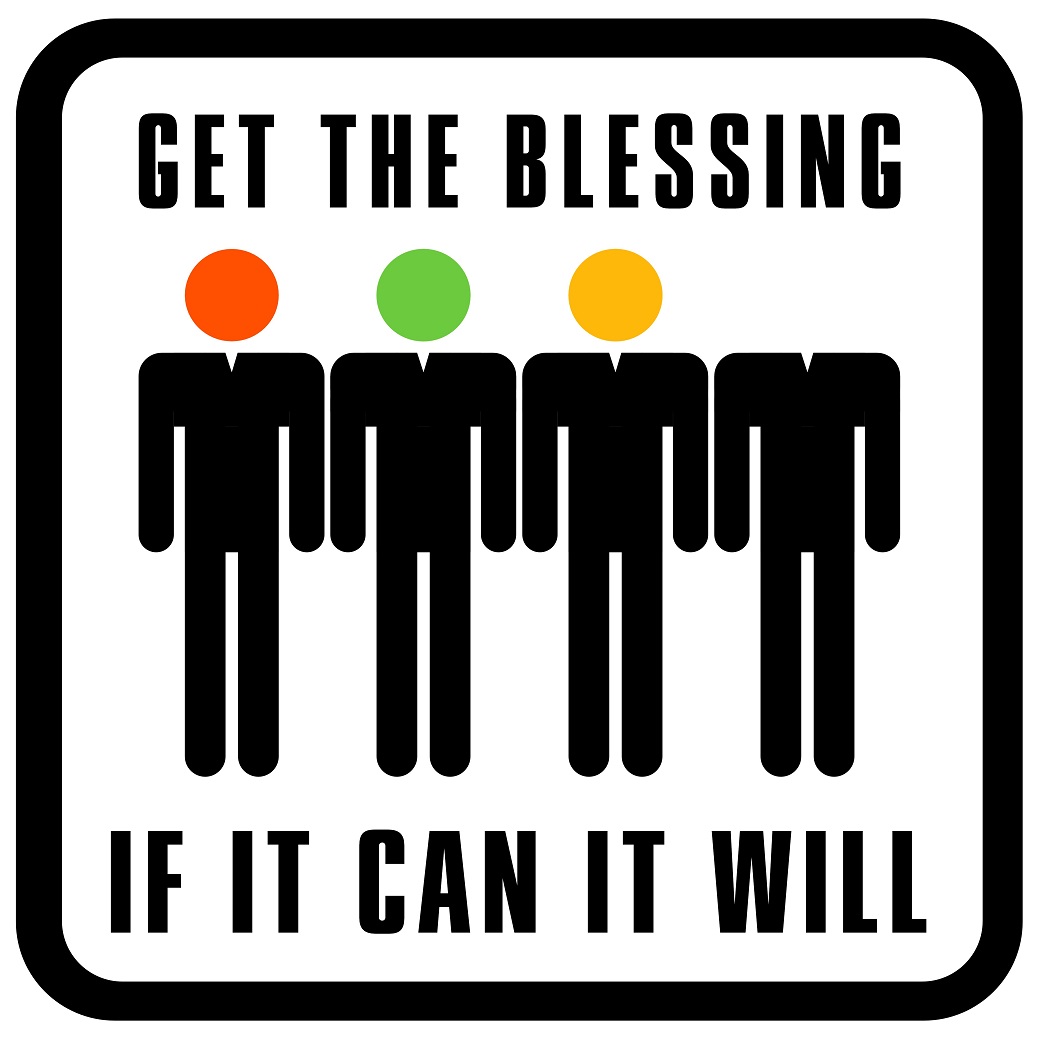 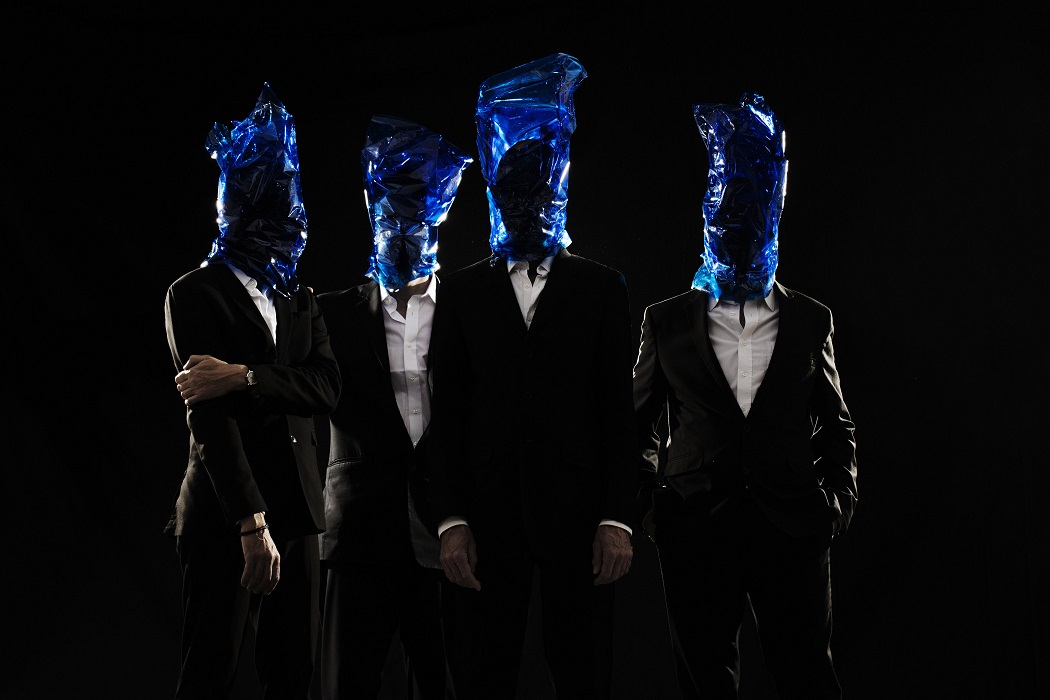 Get The Blessing set the pace for the current UK Jazz revival, demonstrating that the early pioneers of the scene still have something important to say. Formed back in 1999 by bassist Jim Barr and drummer Clive Deamer (rhythm section of seminal act Portishead) alongside Jake McMurchie (on sax and electronics) and Pete Judge (trumpet and electronics) the Bristol-based four-piece boast a truly international fan-base, having forged a unique signature sound that defies easy classification, yet never loses sight of thumping tunes, monstrously infectious beats, or joyous collective spontaneity. After eighteen years, their ability to produce such creative and intelligent music – balanced with wit and passion – is testament to the free spirit that they embody.

1. If It Can It Will
2. Cococloud
3. Cellophant
4. Sunwise
5. Not With Standing
6. Recorded For Training And Quality Purposes
7. Bristopia
8. Rule Of Thumb
9. The Second Third
10. Tuathal
11. The Grand Scheme Of Things