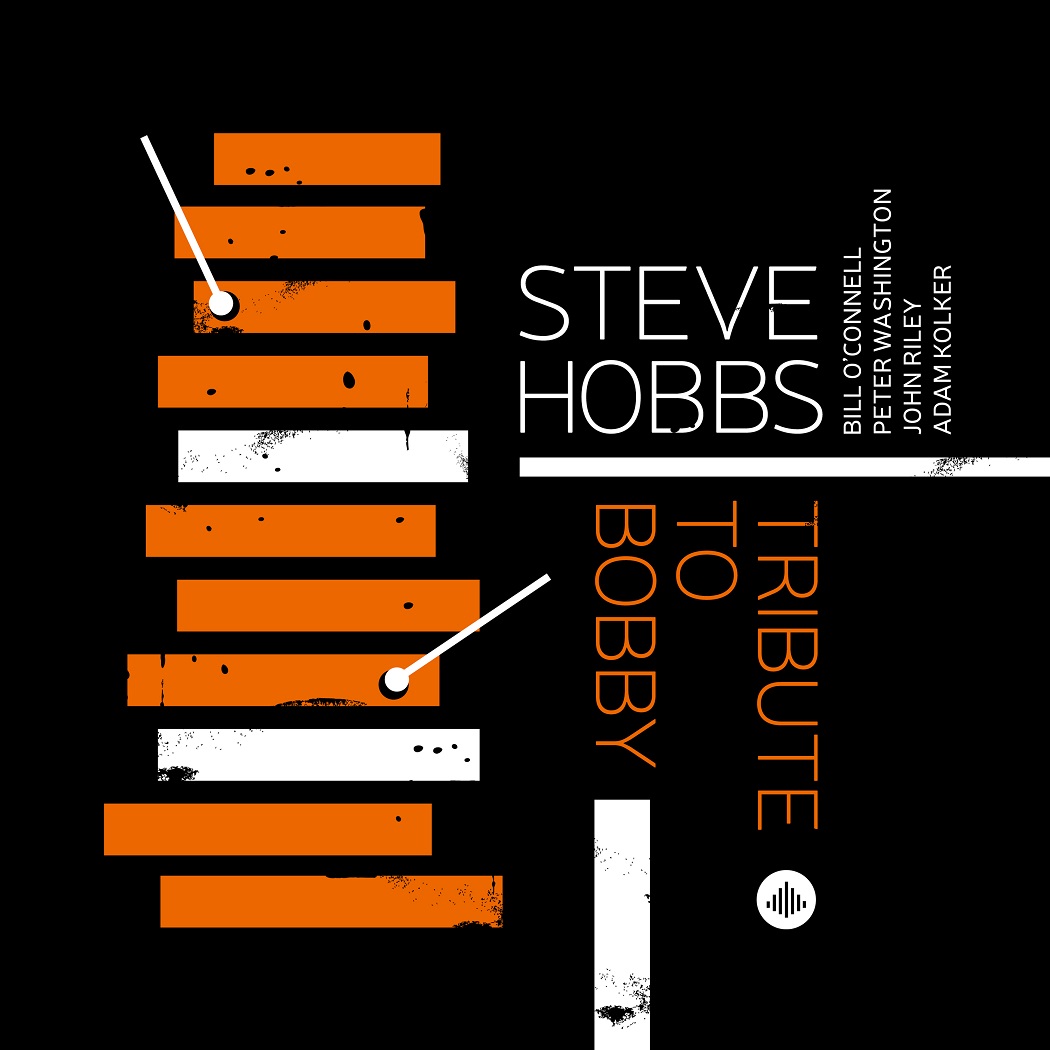 Marimba / vibes veteran Steve Hobbs releases his strongest release in his forty three year career on Challenge Records. The recording is centered mostly around cutting edge originals by Hobbs encompassing modern mainstream examples of post bop, Latin, Funk, Calypso, and more….arranged and performed with the typical creative and hard edged energy you are used to hearing on his past New York Recordings. Hobbs centered the music around marimba, dedicating the recording to his mentor and late friend Bobby Hutcherson.

This is the group’s third recording. It’s a hot all-star group consisting of Steve Hobbs / marimba and vibes, Adam Kolker / saxes, Bill O’Connell / piano, Peter Washington / bass and John Riley / drums. The groups first CD Spring Cycle, released in 2007 was nominated Jazz Recording of the Year by the Jazz Journalists Association of America and made it to #3 on the Jazz Week Jazz Chart. Next in 2010 the group released the critically acclaimed Vibes Straight Up, which hit #1 on its second week of airplay on Jazz Week and remained at #1 for seven weeks! 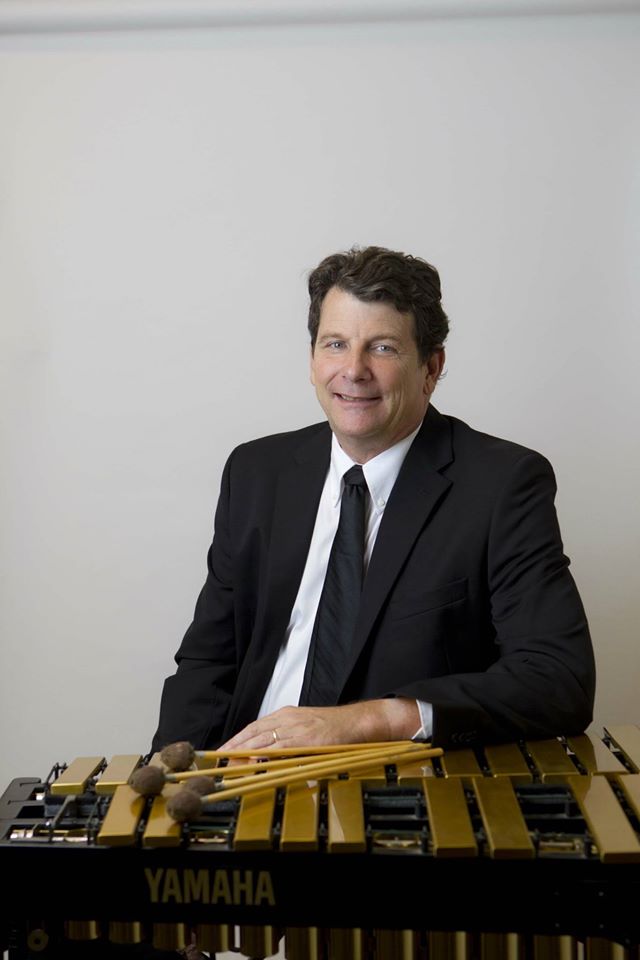 “Steve Hobbs has long been one of the most talented, if underrated vibraphonists around.”  Scott Yanow, Jazz Times

“I sure have enjoyed working several projects with Steve Hobbs; you can expect to hear lots more from him in the future.”  Kenny Barron, pianist 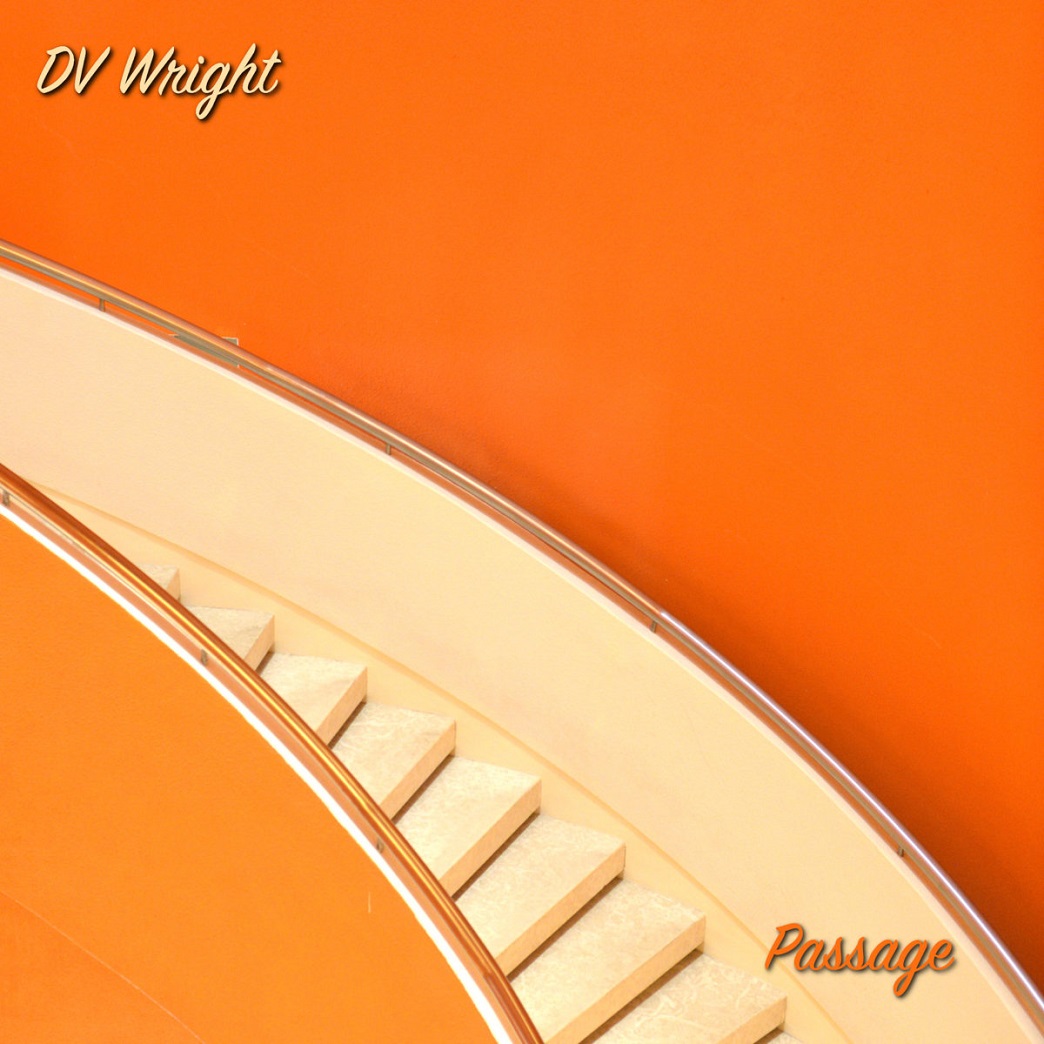 The last several years have been very exciting, productive and busy for Dave. He is an active member of two active groups and is involved in several new album releases! Including a release due out in 2018 which was recorded at the famed Fantasy recording studios in Berkeley CA.

His latest “solo” release, Passage is an eclectic mix of “Jazz”, including Vocals, Modal, Latin Jazz, ECM and Modern. He thinks it’s his best effort yet!

This follows on the heals of his past release, a traditional jazz/latin release “Warmin’ Up” which you can check out and is doing great streaming on Pandora!

Other notable releases include the now defunct “Cache”, Cache was an ongoing top recommended pick of CDBaby editors Cachet. 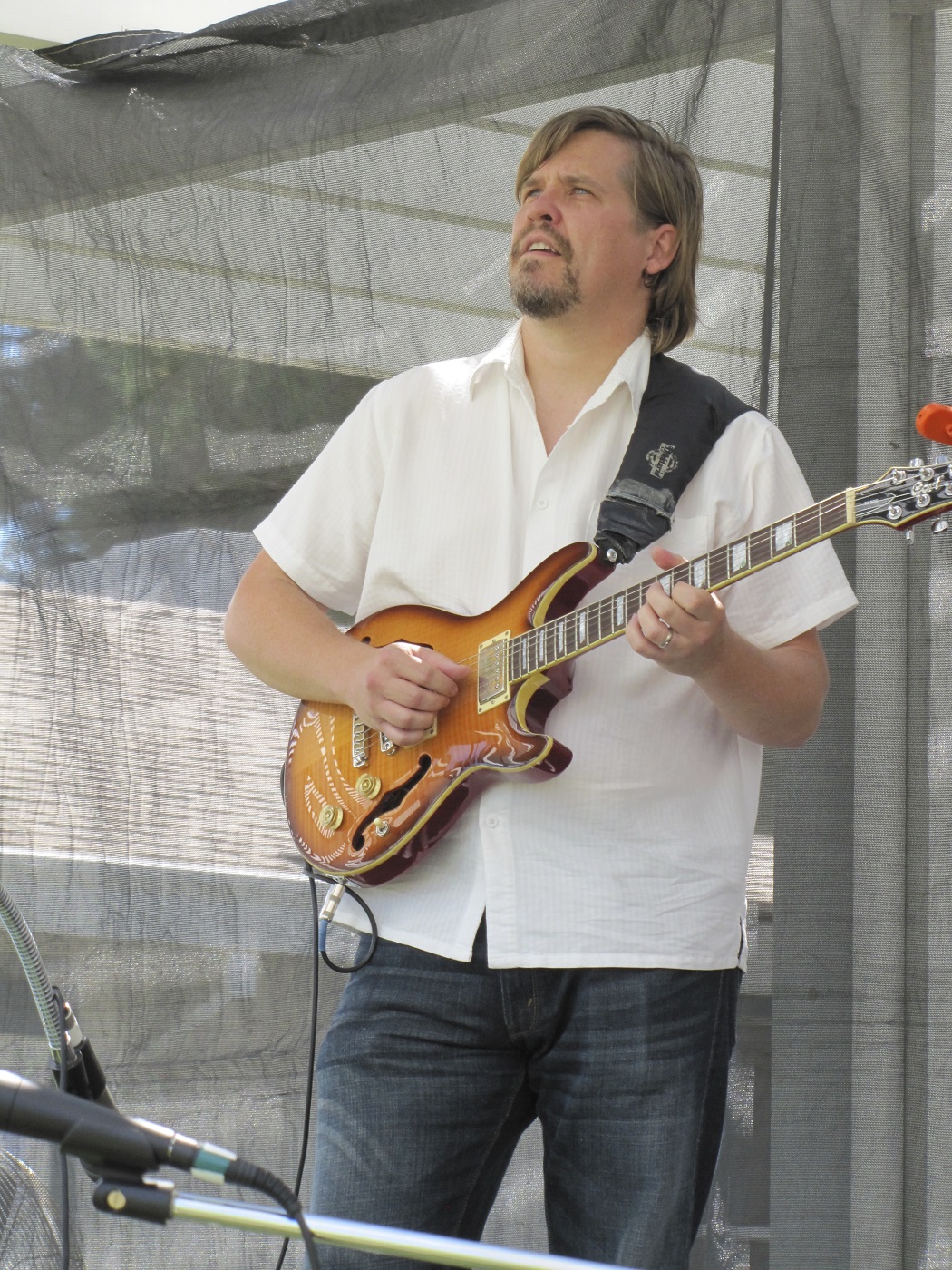 On the local gig front Dave has been really lucky to have been involved in recent underground jazz scene at “Berkeley Birdland Jazzista Social Club” in Berkeley California. With fellow musicians Eric Allen and Paul Lynch, drums and bass respectively, Dave was a core member of this original group and helped launched this bit of Berkeley lore. He is very thankful to have benefitted from weekly performances here for several years!

From his initial early training on classical guitar and his early pianistic attempts of trying copy Keith Jarrett (Koln Concert), “I would get inspired and sit at the piano and try to play and emulate the feeling of the “Koln” concerts”.

To his time spent living in Vermont, Boston, Chicago, New York playing everything from Hip Hop to Rock, backing singer-songwriters and being present in musical theatre orchestras, To his years spent playing and learning jazz, absorbing and appreciating the many sub genres of Jazz. Including Sonny Rollins, Hank Mobley, Pat Metheny, Kenny Burrell, Grant Green and Wes Montgomery. (To this day, in his appreciation of Wes Montgomery and Kevin Eubanks, Dave employs the use of his thumb and fingers exclusively, in place of a ‘pick’)

So although being a late bloomer, getting a late start in music at age 15, Dave is having more fun than ever and is finally able to combine his many varied musical influences into a cohesive end result and is very excited about what lies ahead! 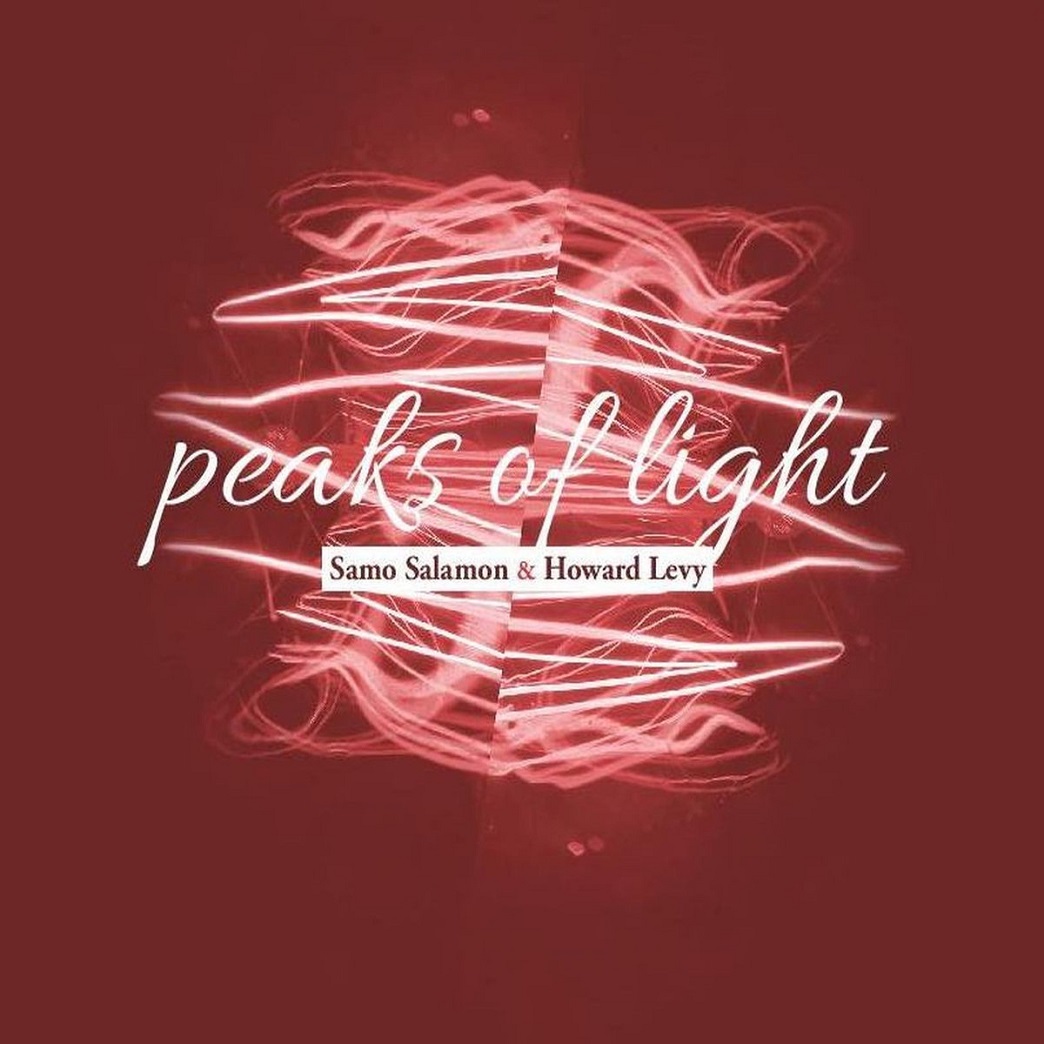 The new duo project of Samo Salamon and Howard Levy presents two fantastic world-class musicians. The guitarist SAMO SALAMON (Slovenia) is one of the most talented jazz guitarists in the world, whose first CD Ornethology was selected among the 1001 best jazz albums in the history of jazz (The Penguin Jazz Guide - The History of the Music in the 1001 Best Albums). HOWARD LEVY (USA) is definitely the best and most innovative harmonica player in the history of jazz - founding member of Bela Fleck & The Flecktones, multiple Grammy Award winner and musician who plays with jazz stars such as Bobby McFerrin, Donald Fagen, Dolly Parton, Paquito D'Rivera, Paul Simon, Rabih Abou-Khalil, etc. 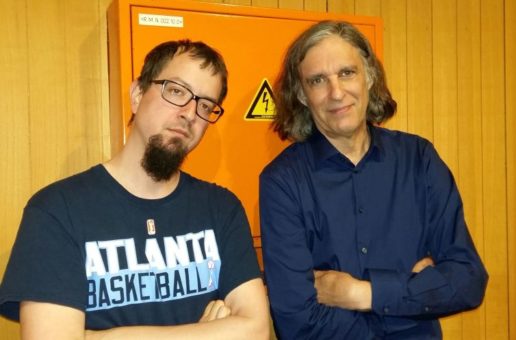 Multiple Grammy- Award Winner Howard Levy is an acknowledged master of the diatonic harmonica, a superb pianist, innovative composer, recording artist, bandleader, teacher, producer, and Chicago area resident. His musical travels have taken him all over the geographical world and the musical map. Equally at home in Jazz, Classical music, Rock, Folk, Latin, and World Music, he brings a fresh lyrical approach to whatever he plays. This has made him a favorite with audiences worldwide, and a recording artist sought after by the likes of Kenny Loggins, Dolly Parton, Paquito D’Rivera, Styx, Donald Fagen, and Paul Simon. As a sideman, Howard has appeared on hundreds of CDs and played on many movie soundtracks. He is perhaps best known for the four CD’s he recorded with Bela Fleck and The Flecktones, a unique band that set the musical world on its ear back in the early 1990’s. He got back together with the band in 2010 and recorded the CD Rocket Science. They toured extensively in 2011-2012, and Howard won a Grammy for Best Instrumental Composition for “Life in Eleven”, which he wrote with Bela Fleck.

Recorded in Maribor in May 2017. Recorded by Darko Kukovič - Kuki
Mixed and mastered by Samo Salamon 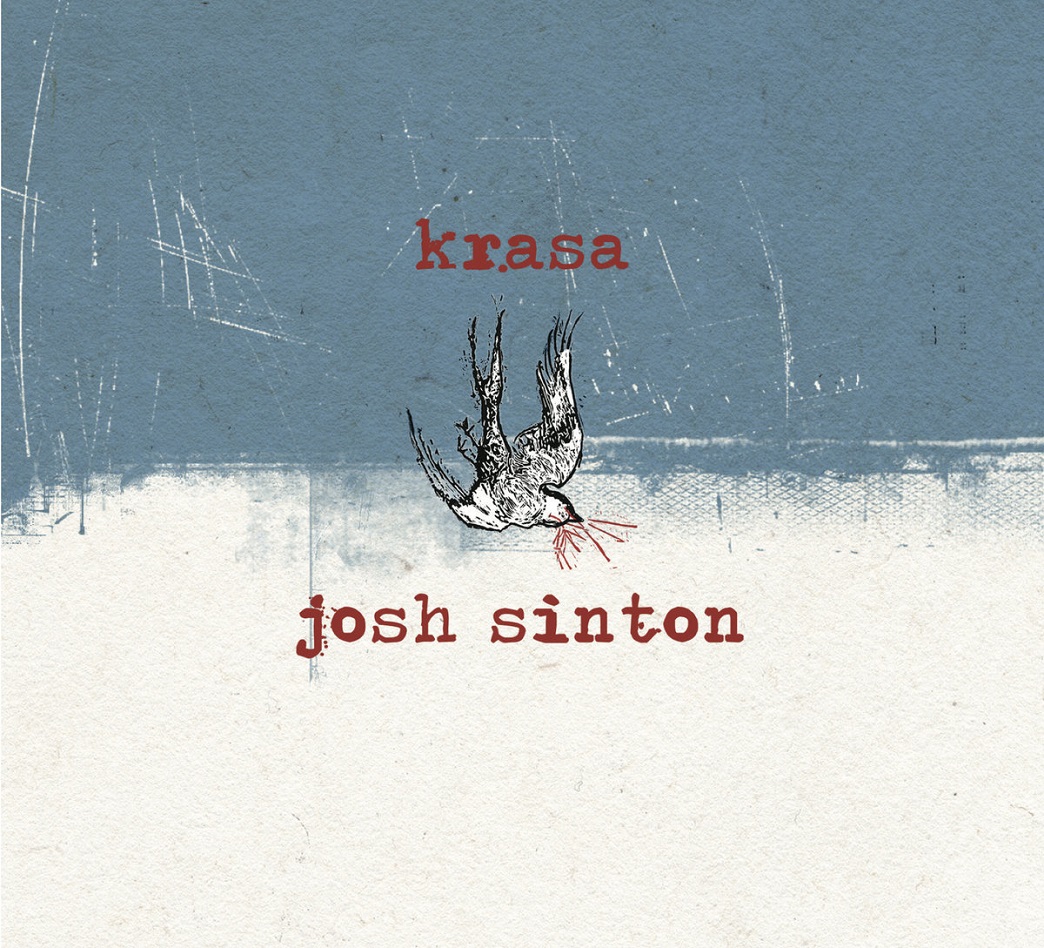 A Brooklyn-based creative musician, a baritone saxophone operator, a bass clarinet manipulator. Trying to become a better listener every day.

krasa was recorded in two long takes on May 16th, 2017 at Menegroth the Thousand Caves.

Krasa contains no overdubs and only the following was used:
a Leblanc metal contrabass clarinet to low D
a Clark Fobes mpc.
Vandoren #2 & #3 reeds

engineered, mixed and mastered by Colin Marston
produced by Jon Irabagon and Josh Sinton
thanks to:
JC, MP & NW for the love & inspiration
JI for the love & tenacity
LWS & ZS for the love
special tip of the hat to daddy & Angelo P. (you know who you are)
all improvisations by josh sinton, published by sinzheimer muzak (vmi) 2017 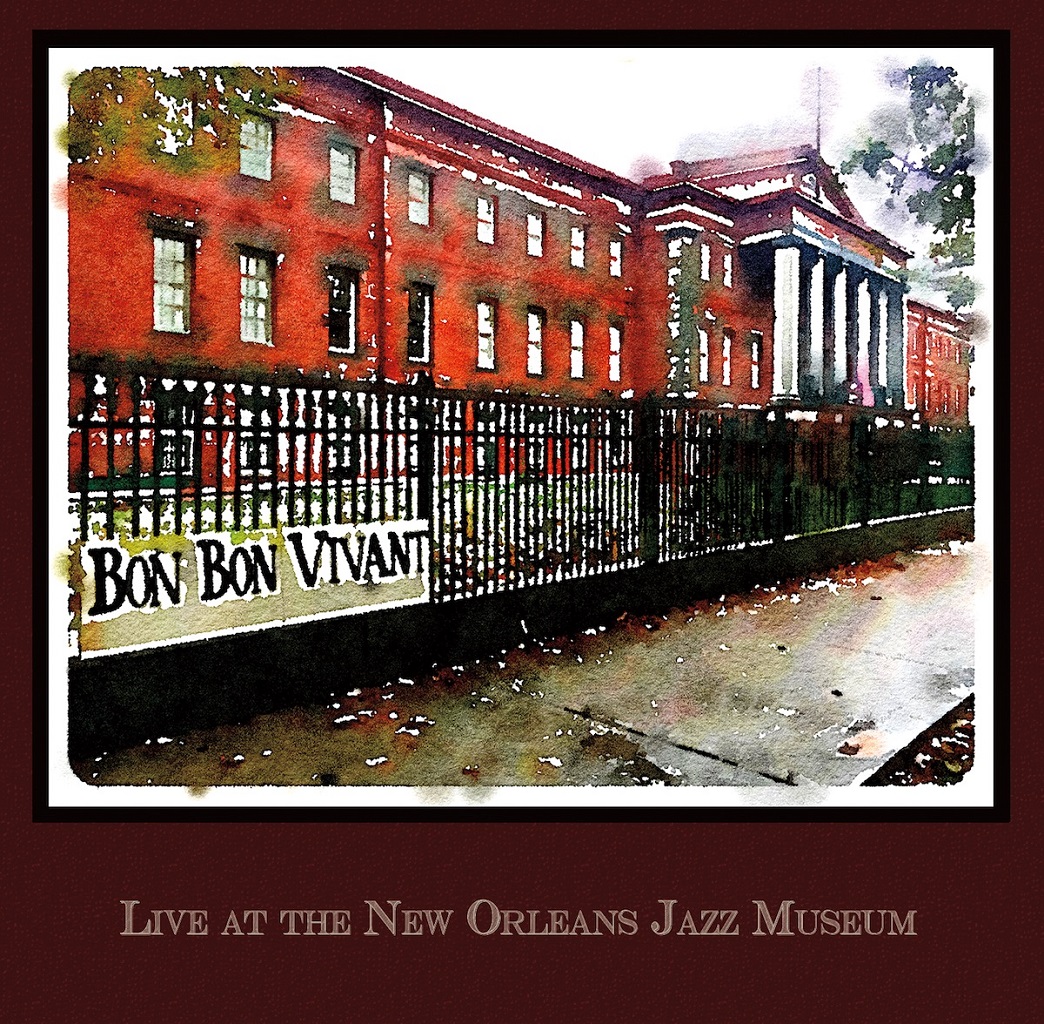 Bon Bon Vivant is partnering with the New Orleans Jazz Museum’s record label, Gallatin Street Records, on the event. The band has partnered with the label previously on November 3 with a recorded live performance at the New Orleans Jazz Museum. Selections from the band’s album Paint & Pageantry were showcased; a cover of the classic “Shout Sister Shout,” famously sung by the Boswell Sisters, a gypsy jazz twist on “St. James Infirmary Blues,” and a myriad of original work was featured.

The first single off the album is “Jazz Axeman of New Orleans,” inspired by the true story of the city’s most notorious serial killer.  “The Bones” narrates the sights and sounds of Mardi Gras, first performed by Bon Bon Bivant at the Red Beans and Rice Parade. In fact, all the tracks resemble a thoughtful storyline: in “Gone Gone Gone,” a woman saves her man from being shanghaied by murdering his abductor, and in “Saints and Sinners,” God and the Devil mull over the fact that man has abandoned them as they converse at a New Orleans bar.

“We are honored to have been asked to cut the first release from Gallatin Street Records in the historic New Orleans Jazz Museum,” comments Kelly, “[in] a performance space created to document and release New Orleans music.”

A portion of the proceeds from the record release party will be donated to the New Orleans Jazz Museum. For more information, visit www.musicatthemint.org. 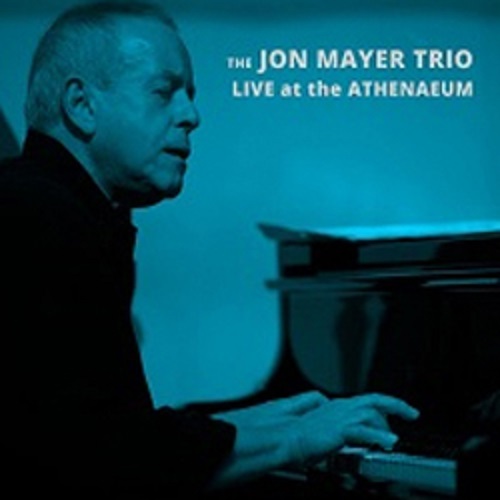 An amazing live recording of a New York style jazz trio made up of pianist Jon Mayer and drummer Roy McCurdy with some Polish seasoning, Darek Oles on bass.

We had a great time that night in La Jolla, Ca. with near perfect musical telepathy on display.

We did a number of standards like `All The Things You Are' plus a couple of jazz originals, one from me and one from Bill Cunliffe.


All the Things You Are
My Foolish Heart
Minority; Tenderly
The Touch of Your Lips
Shari’s Bolero
Young and Foolish
Lakeside
For All We Know 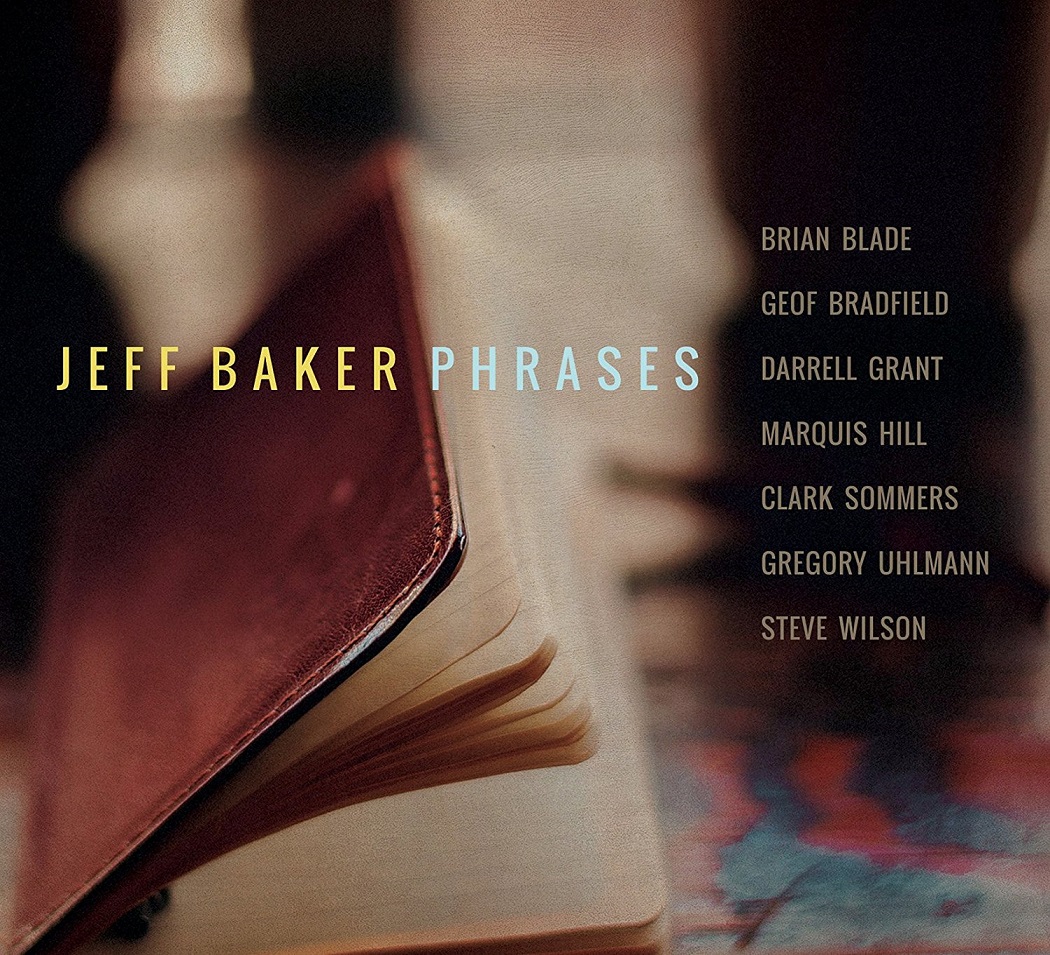 Critically acclaimed vocalist JEFF BAKER returns with his 5th OA2 Records release, an alive and bristling set of originals and thoughtfully conceived pop and jazz standards. Collaborating with some of the most influential and compelling jazz musicians in the world today - Brian Blade, Steve Wilson, Marquis Hill, Clark Sommers, Geof Bradfield, and Gregory Uhlmann - Baker and his co-producer/musical director, pianist Darrell Grant, present a provocative collection of original songs and arrangements based on text by writers such as Pablo Neruda, J.D. Salinger, A.A. Milne and Salvador Plascencia. Certainly, his most ambitious and personal recording yet. "From all accounts, this charismatic crooner needs to be tracked closely. Mr. Baker has the potential to skyrocket to many accolade-coated triumphs." - JazzTrenzz 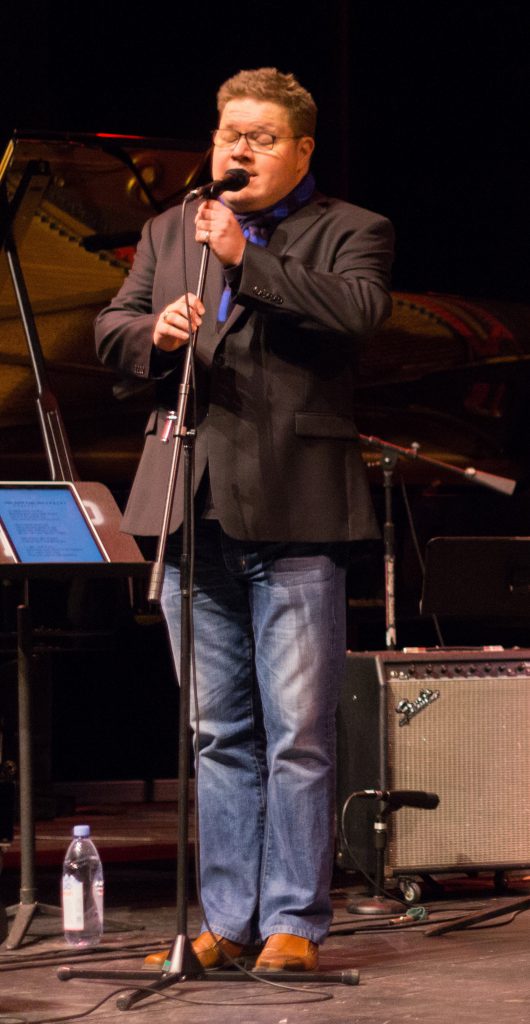 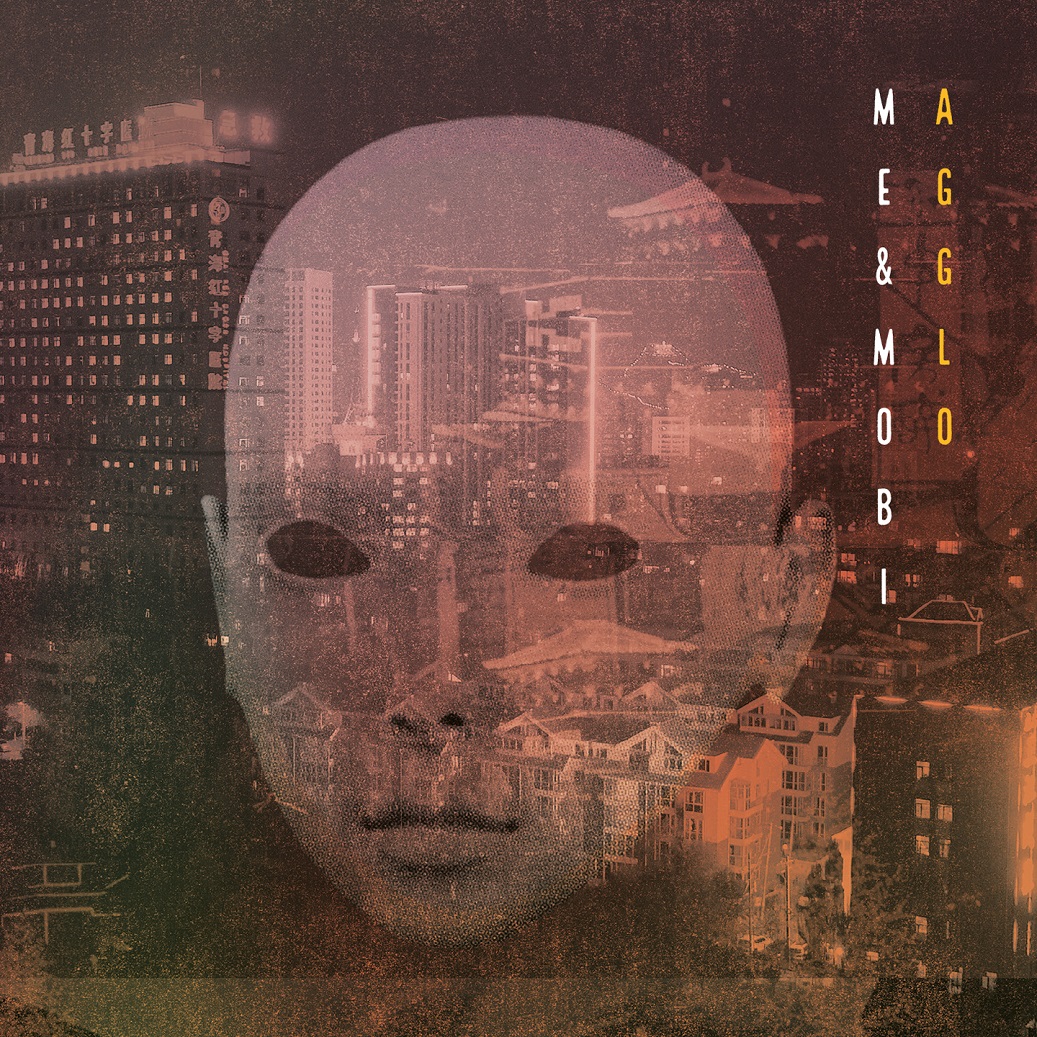 When you think of a contemporary piano trio, techno music, Japanese anime or dystopian sci-fi, aren’t the first things that come to mind. Yet, the Swiss-German outfit known as Me&Mobi used these exact coordinates, along with a whole array of very unique personal obsessions (mostly with the under-belly of pop-culture) to forge their rich, idiosyncratic sound from. Their forthcoming sophomore full-length, titled Agglo (short for an urban agglomeration), is a meticulously curated instrumental soundtrack, one that manages to be extremely captivating, all the while violently disrupting musical conventions and overriding genre presets. This is a record that takes a traditional trio set up (keys, upright bass and drums) and quite literally modifies and supplements their signals (on output) with a rich, expansive electronic sonic palette.

The material for Agglo was written, recorded and a produced, over a period of six months in a rehearsal space converted into a studio. The band decided to do away with the distinct parts of the production process: improvising, writing, recording and post. They worked on the music in layers – constantly revising, re-editing, remixing and over-dubbing pre-recorded material. Hence, the studio literally acted as the fourth member of the band, and contributed a very distinct musical voice to every composition. This very unorthodox approach to recording live music (especially in Jazz circles), not only opened up new arrangement possibilities for the group, but also allowed them to apply a freedom normally associated with live improvisation, to the treatment of the actual sonic substance of their songs. The result is a true fusion of acoustic and electronic sound, one, that at times, completely blurs the distinction between the two.

The band describe their music as urban, i.e. the sound representative of a modern megapolis:  sprawling, dynamic and, at times, bleak and oppressive. This moniker also denotes the direct allusions made to genres such as Hip Hop and the various offshoots of Electronica, which infuse this material in very inventive ways. Free Jazz is, of course, also an urban genre. And, in fact, it was the group’s improvisational proficiency which laid the very foundation for this multifaceted, capacious sound. Many of the compositions, found here, feature jagged sonic artefacts and, on occasion, sound like broken technology (a prepared piano heavily treated with fx, a soviet synth); and tend to steep in a steadily building pressure that can’t find a resolution or a release. Despite its experimental leanings and a mild brand of cinematic melancholia, at its core, Agglo is a visceral, groove-driven record that speaks directly to the body. However, the most unique thing about this collection of songs is their ability to collapse musical history on itself, by dissolving musical traditions of the past in sonic iterations of potential afterfutures. Get ready for a dose of Post-Jazz, dystopian sci-fi eclectica. 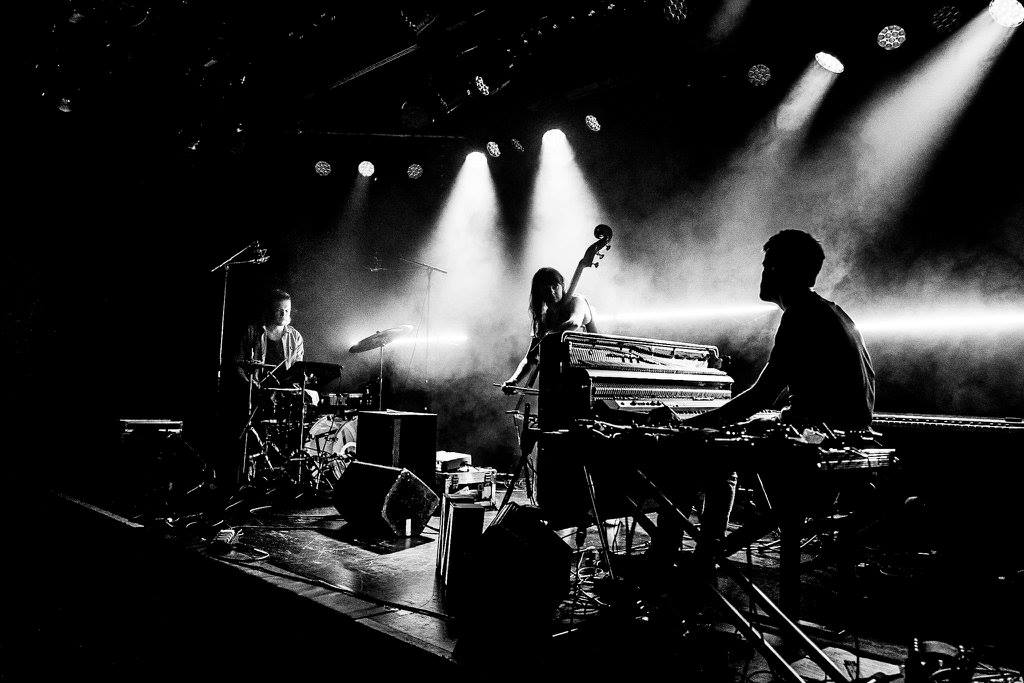 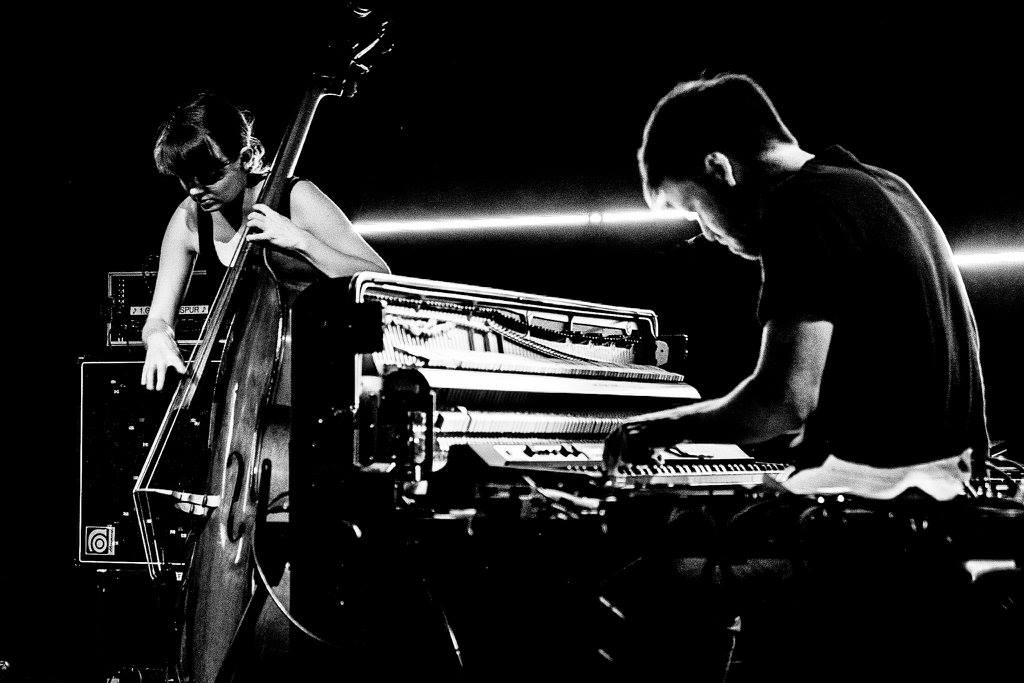 All songs recorded at the Me&Mobi Studio, Bern 2017
All songs written and performed by Me&Mobi
Produced and mixed by Philipp Schlotter Mastered by Dan Suter
Artwork by David Nydegger
Artist Page:  www.meandmobi.ch