«Modes for All Eternity» is a daring new conceptual album by the nordic jazz quartet Wako in collaboration with string ensemble Oslo Strings. It will take the listener on a journey through ancient times; featuring chilling suspense and drama, introducing a five-part suite and honor truly remarkable persons such as the great Greek lyrists Sappho and Emily Dickinson.

Wako & Oslo Strings consists of seven young established musicians, whom received much praise doing various projects both on the Norwegian and the International scene in 2016. They are known from bands such as Trondheim Jazz Orchestra, Espen Berg Trio, Megalodon Collective, Trondheimsolistene and Trondheim Symphony Orchestra. 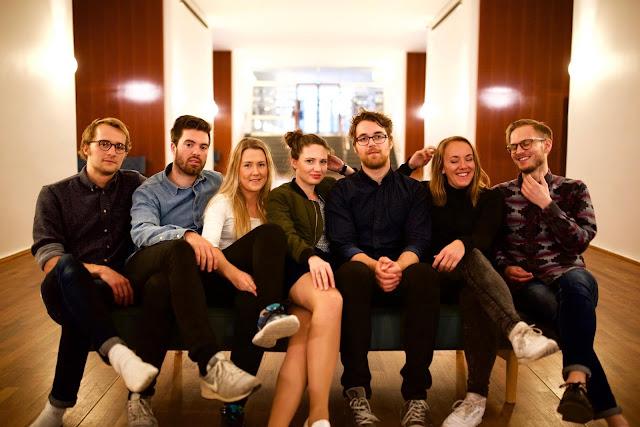 The music is written by composer and saxophonist Martin Myhre Olsen, and strives to incorporate everyone’s individual voices into a fulfilling and unique ensemble sound. Approaching the prospect of adding three string instruments to a quartet, and not just let them have accompanying roles but rather be active members of the group. It reflects various composers such as Messiaen and Stravinsky, but also finds inspiration in modern chamber jazz projects like Christian Wallumrøed Ensemble and Alpaca Ensemble.

Recorded by Marc Casanovas at The Royal Danish Academy of Music in June 2016. Mixed and mastered by Karl Klaseie at Greener Mastering, Trondheim. 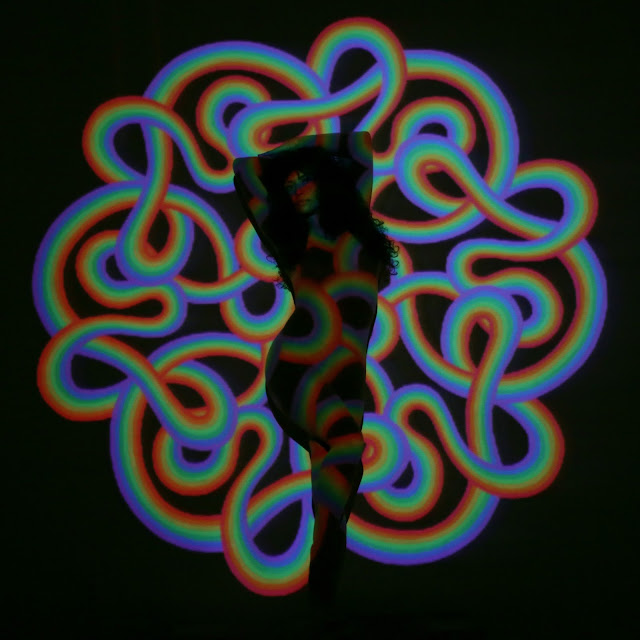 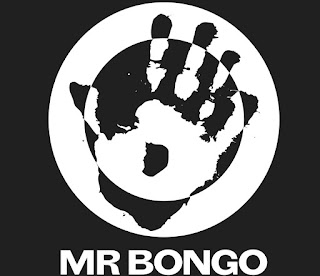 “The music itself envelopes its listener in a warmth reminiscent of decades past, presenting both a nostalgic soulful sound and a sensual experience” Culture Collide

“A romantic summer cocktail that should be imbibed half-nude on a beach or while scattering rose petals on a bed. The songs flow between seductive, relaxing and spiritually nurturing, with earthy rhythms and warm production that make the listener feel comforted” Buzz Bands LA 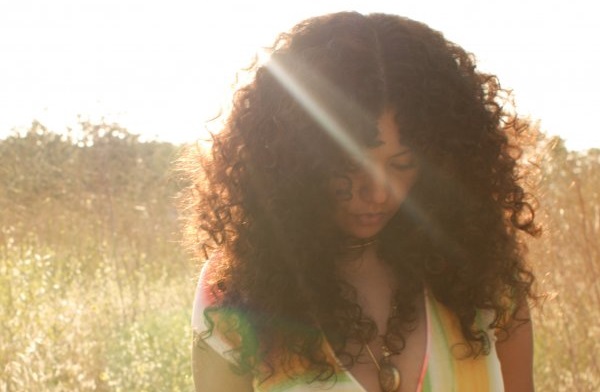 Even before Spirit Reflection had been finished, the demo mixes caught the ear and gained the support of Gilles Peterson, Lefto, Toshio Matsuura (U.F.O.) and J-Rocc (Beat Junkies).

Born, raised and based in Los Angeles and of Chilean descent, Gaby Hernandez has been writing and recording since 2001. She was a founding member of the ‘creative music ensemble’ Build An Ark alongside others including Carlos Niño, Dexter Story and Dwight Trible. 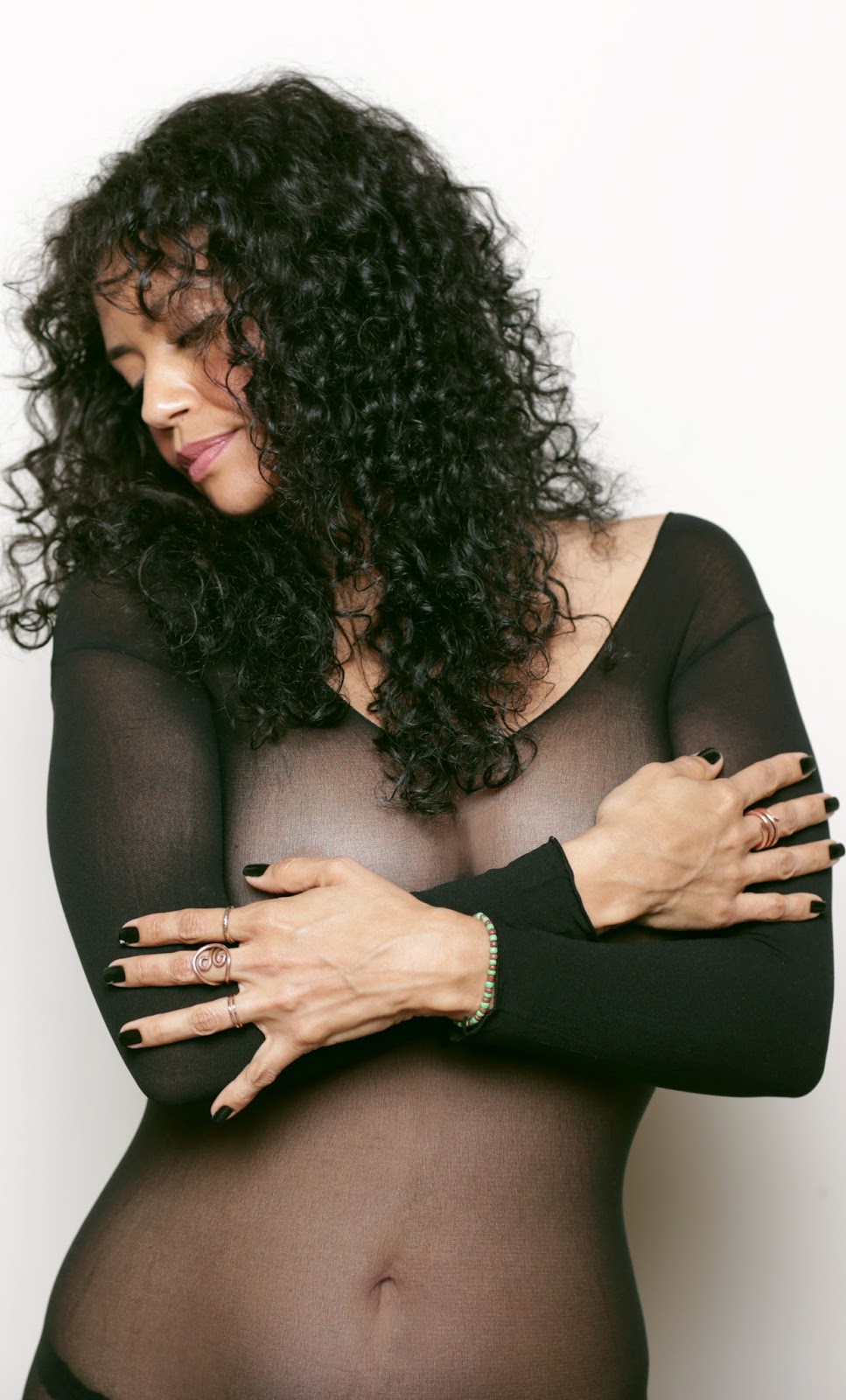 Gaby was the only vocalist on Teebs' debut Brainfeeder release Ardour. She made major contributions to AmmonContact's Ninja Tune releases New Birth and With Voices, plus The Life Force Trio's Plug Research album Living Room.  She was also the vocalist on Dimlite's Outernational Duet - released as part of his highly acclaimed Sonar Kollektiv longplayer This Is Embracing.

Among her main musical comrades is the prolific multi-instrumentalist, composer and producer Dexter Story, for whom Hernandez sang on the track Water Bearer from his LP Seasons, on Kindred Spirits

David and Graham from Mr Bongo met Gaby and Carlos Nino at the end of their hugely successful Arthur Verocai album launch and rare record sale at the Rappcats venue in LA. “Gaby and Carlos passed us a copy of Spirit Reflection. It immediately grabbed us and we couldn’t stop listening to it. When we got back to the UK we got in contact straight away and signed the album. We’re very proud to be releasing it”, says Graham Luckhurst. 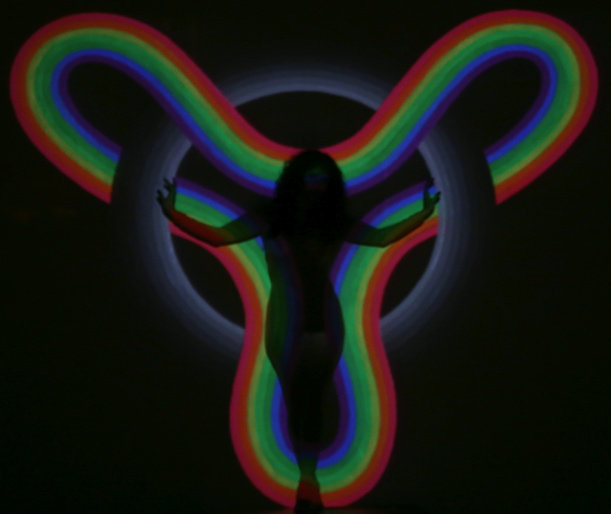 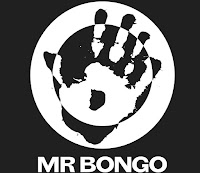 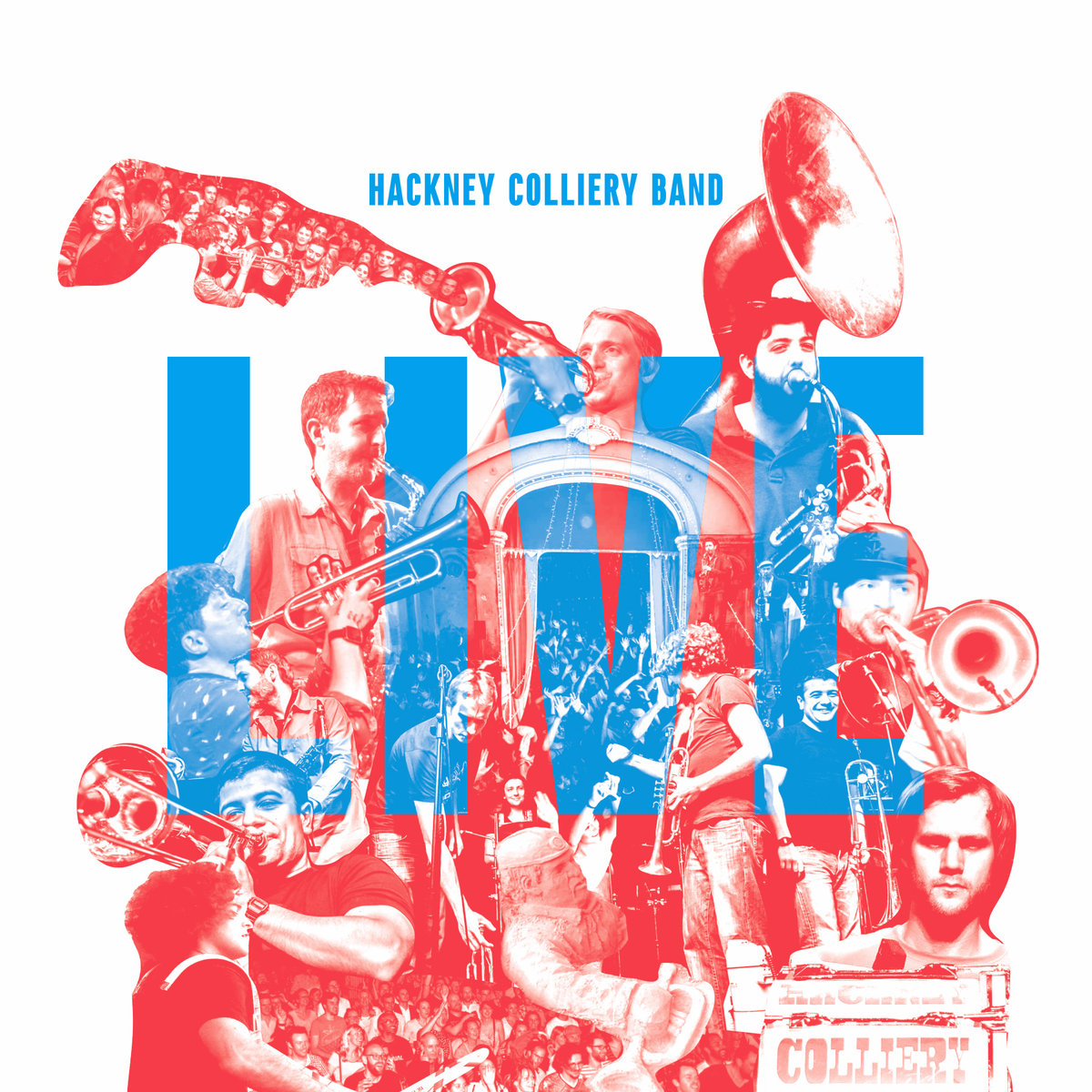 “Clever, and enormous fun” THE GUARDIAN

“An ingenious blend of showmanship and intelligence” THE SUNDAY TIMES

“An infectious tumult of horns and drums” i 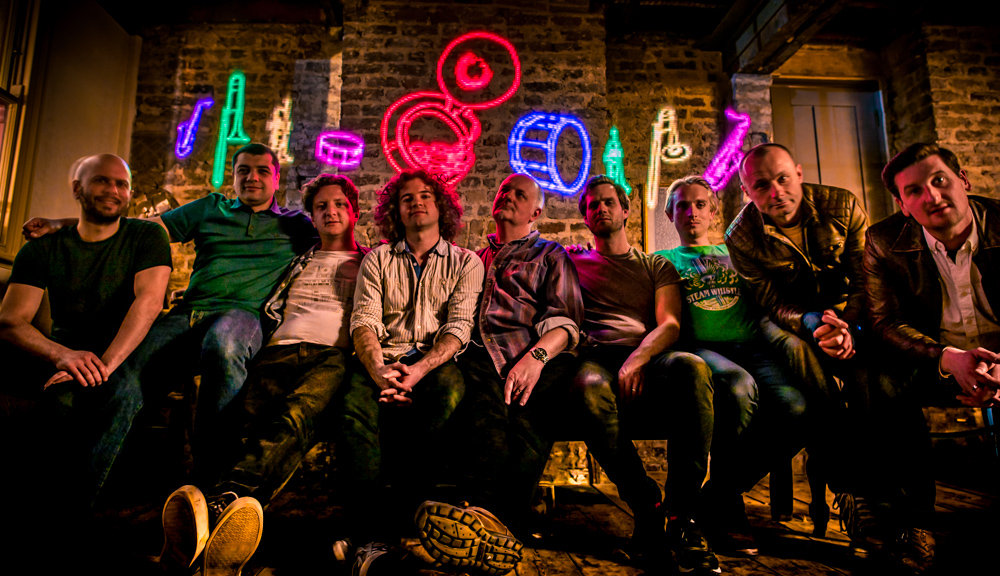 After the stunning success of their critically-acclaimed third album Sharpener, London’s brass juggernauts Hackney Colliery Band blaze back onto the scene with their first live album, released 12th May via Veki.

With BBC Radio 2 describing them as “one of the best live bands we have in this country”, their live shows have become legendary, selling out venues across the UK and Europe, and playing main stage festival shows (Womad, Wilderness, Love Supreme, Field Day) to huge popular and critical acclaim.

Recorded over three shows in 2016 and early 2017, the recording captures the band on peak form. Playing largely original material from Sharpener and their second album Common Decency, they also dust off some crowd favourites including their unique mash up of Prodigy covers, rousing versions of Blackstreet’s No Diggity and Nirvana’s Heart-Shaped Box, and concluding with an acoustic version of Toto’s Africa as they parade through the crowd at the end of the set.

To celebrate the release of this unique live record, Hackney Colliery Band are playing their biggest headline show to date when they hit the legendary KOKO in London on 26th May. With all of their recent London shows selling out months in advance, including the 800-capacity Village Underground, and a few surprises and tricks up their sleeve, their KOKO show will undoubtedly be a real highlight of 2017, and a chance for fans to hear the real thing in person in one of London’s most iconic venues. 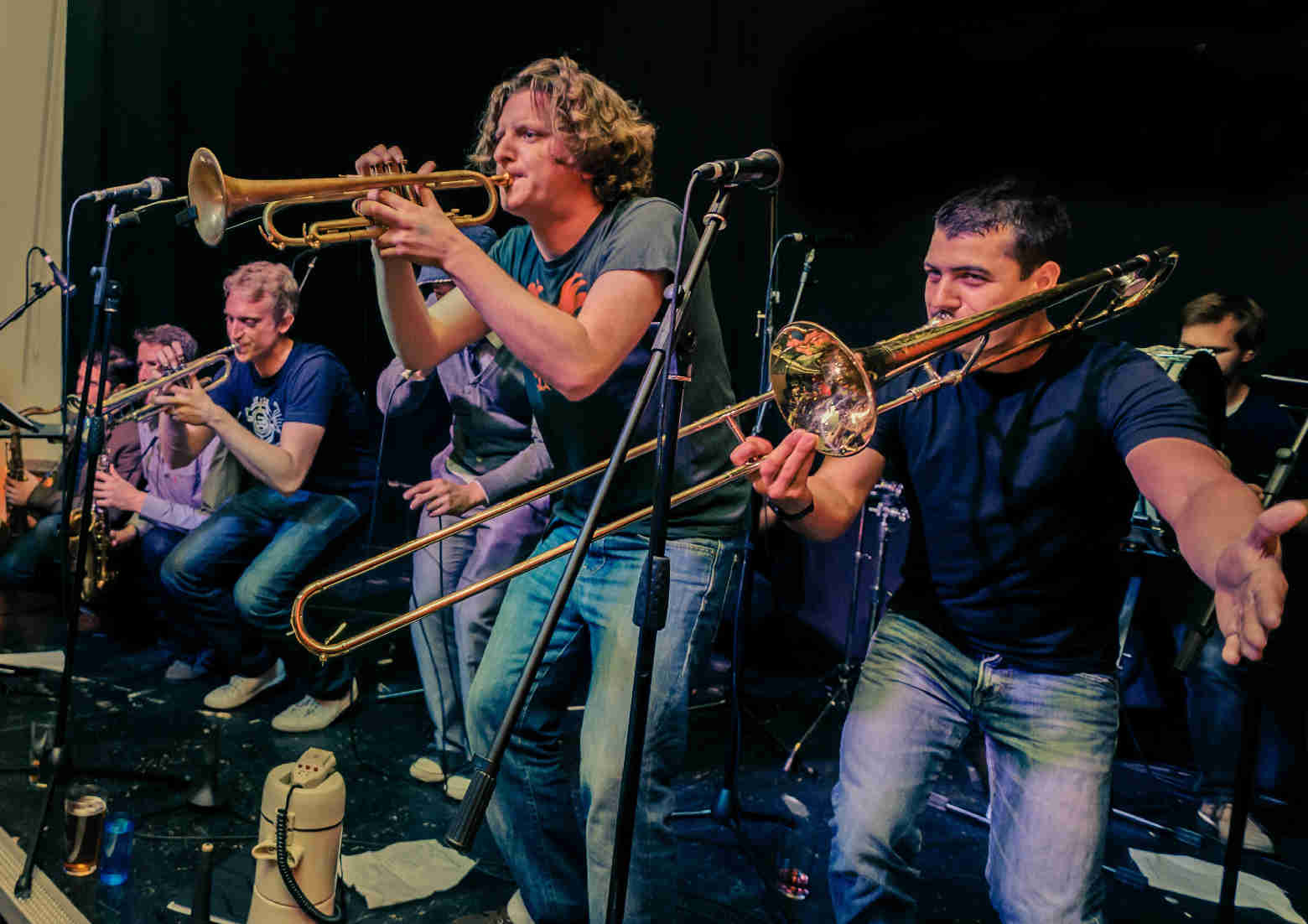 Hearing the band playing live is a very different experience from listening to their three studio albums; it becomes immediately obvious that, far from locked-down studio heads, these are some serious jazz improvisers, here stretching out on extended solos, and with a restless energy for pushing the groove and form in new directions. But this consummate musicianship and skill is always worn very lightly: the band have always managed to present complex music in an extremely playful, fun way, and to a very broad demographic, which on these recordings takes in young east London hipsters and Oxfordshire retirees with equal ease. Front man Steve Pretty’s interactions with the crowd, particularly towards the end of the set, raise the energy levels still further, and those with a good ear can listen out for some heart-warming moments from the audience, like the somewhat slurry man a little bit too close to the sound desk microphone singing along to Heart-Shaped Box, or the room gradually falling silent during the mesmerising introduction to the album’s only ballad Reawake.

And it’s these quirks, these little imperfections, that make this album special. Rather than going through the recordings with a fine-tooth comb removing the trumpet cracks, sax squeaks or drum mishits which are inevitable in a 90-minute power set with seven brass musicians and two drummers, the production is minimal. This gives a rare ‘warts and all’ insight into how the band sound live.

Steve Pretty, the band’s frontman said: “We’ve always prided ourselves on putting on a really great live show, and the exciting thing about live gigs is that anything can happen. Unfortunately, that means that if I missed a note somewhere, that will now live with me and annoy me forever, but we wanted a really honest portrayal, with no overdubs or excessive production, just capturing the energy of the room”.

With the brass band revival in full swing, Hackney Colliery Band manage to occupy their own very distinctive space. Washes of Scandinavian-influenced electronica collide with extended contemporary jazz improvisation, dancefloor-friendly beats contrast with pounding rock rhythms, and Balkanesque melodies nestle up against soul and hip hop grooves. This set owes as much to modern European jazz and American alternative rock as it does to New Orleans second lines or the traditional British brass bands to which their name pays tribute. 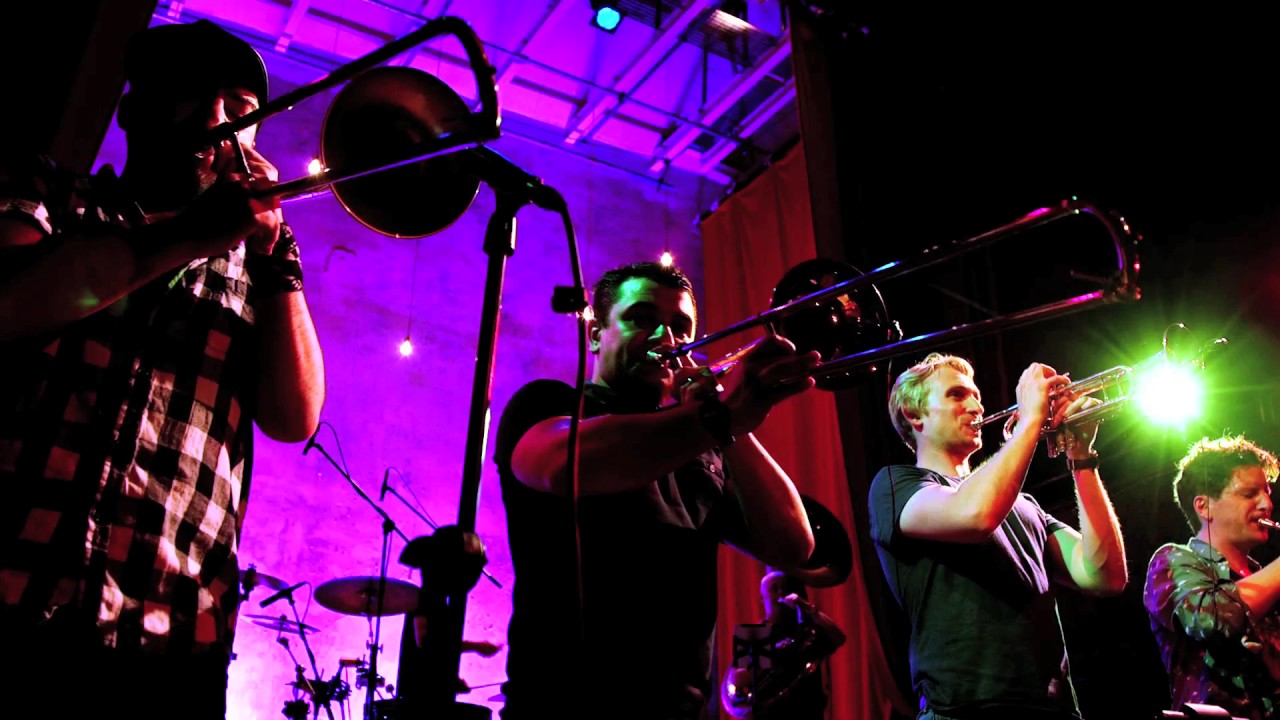 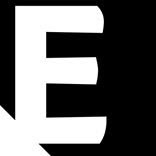 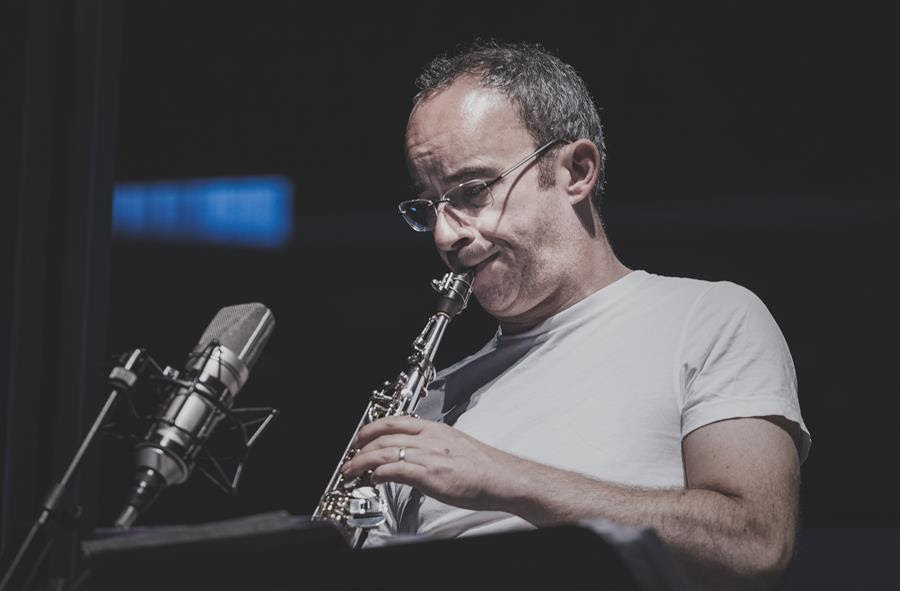 Edition are pleased to announce that British saxophonist Julian Argüelles will strengthen his relationship with Edition to include a release from his vibrant, adventurous quartet featuring Kit Downes, James Maddren and Sam Lasserson scheduled for Autumn 2018. Described as ‘supremely lyrical, with beautiful melodies’ by the Irish Times, Tetra is a dynamic outfit defined by its deftly executed tempo changes and improvisatory touches.

Julian marked his first appearance on Edition earlier this year as arranger and conductor for Phronesis and Frankfurt Radio Big Band’s acclaimed album, The Behemoth. Julian’s contribution to the record was highly praised by Downbeat Magazine: “the star of the session is arranger (and conductor) Argüelles, whose task was a daunting one...the arrangements allow Phronesis to truly be themselves while the big band artfully complements their rhythmic momentum and contributes glorious, harmonic colors”.

In Oct 2017, Julian will team up with Portuguese pianist Mário Laginha and Norwegian percussionist Helge Andreas Norbakken to release Setembro, an album bursting with melody, intertwined with subtle grooves and a collective maturity that places this world-class trio up as one of the most creative in Europe.

More About Julian Argüelles
From his beginnings in the 1980s with the legendary UK big band Loose Tubes, through his worldwide collaborations, his current quartet (Tetra), to his searching solo projects, Argüelles has always spoken with a unique voice. His recordings, compositions and award winning arrangements have earned him the highest accolades internationally and wide critical acclaim. He has become a hugely influential figure to a new generation of European jazz musicians and continues to be amongst the most in demand musicians, composers, arrangers and educators.

[END]
Posted by Republic of Jazz a la dirección 5:30 AM