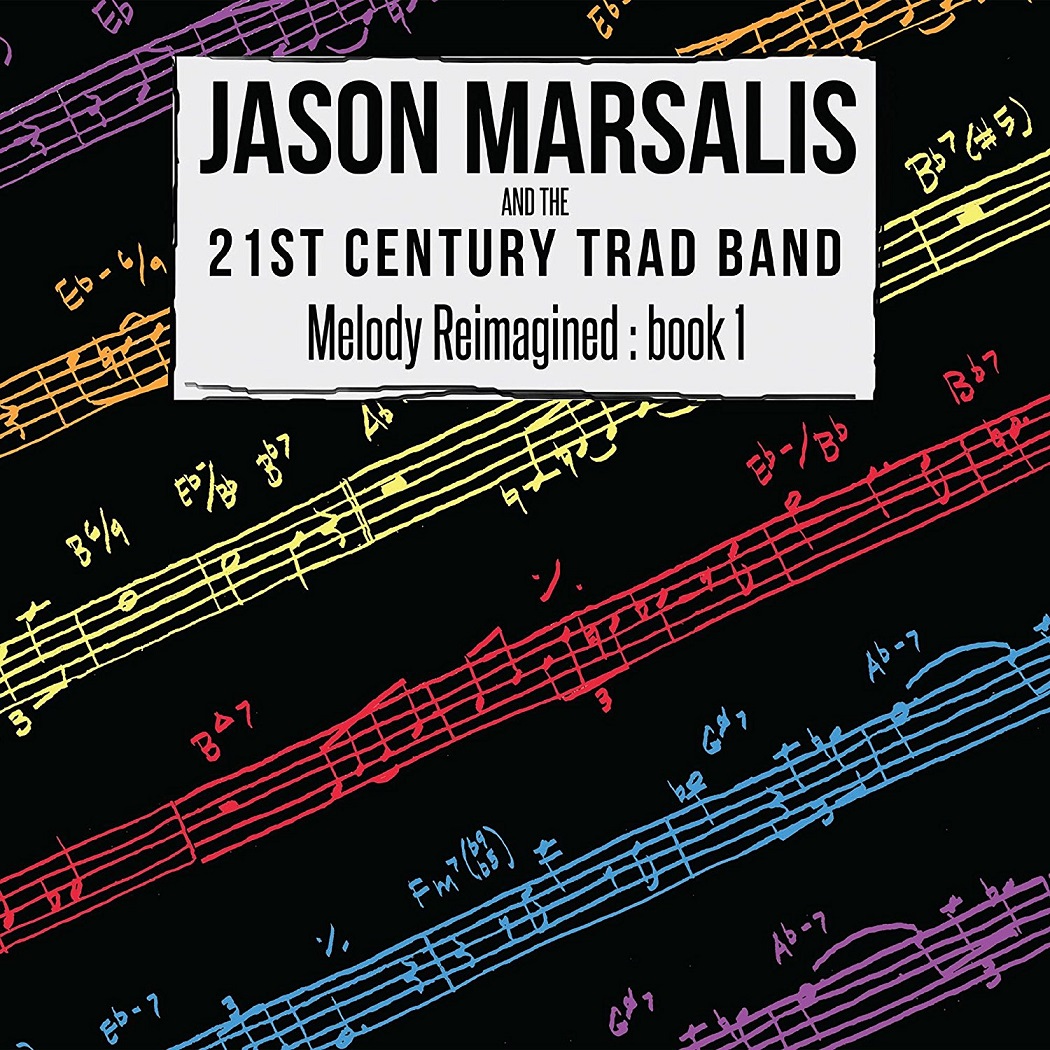 Melodies suggest melodies that often lead to either new or familiar paths. Think of a song and the next thing you know it reminds you of another. Jason Marsalis uses this reality in, as the title of his latest album states, Melody Reimagined: book 1. Performing on vibes with drummer David Potter, pianist Austin Johnson and bassist Will Goble, Marsalis utilizes primarily jazz tunes as jumping off points for his original creations. In doing so, he respectfully pays homage to the material’s creators and extends the longevity of melodies by giving them a fresh twist.

To explain, the album kicks off with “Ratio Man Strikes Again,” a rethink of “Traneing In,” a John Coltrane classic. Jazz fans will recognize the source of its initial melody and the importance of the strong role pianist Johnson plays in referencing the performance of the late Red Garland. Then, with the urging of Marsalis’ vibes and Potter’s insistent drums, it goes elsewhere, though never forgetting the passion that made Trane’s performance soar. 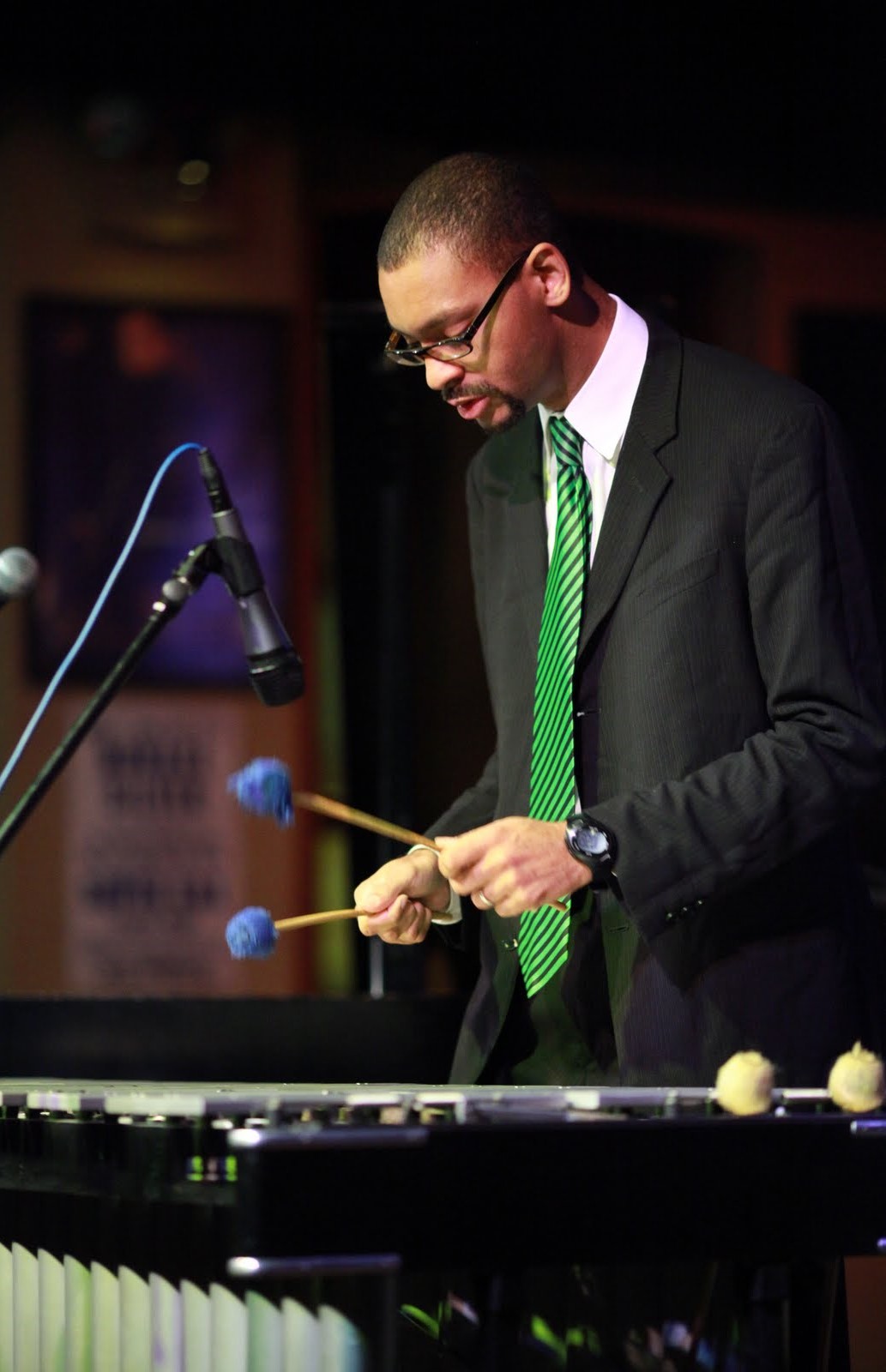 Perhaps an easier example of Marsalis’ concept is heard on “Basin Street Ain’t Mardi Gras,” a clever and accurate title in itself. It’s a play on Paul Barbarin’s classic “Bourbon Street Parade,” which remains in there, however obscurely to the average listener. Most will recognize Marsalis’ vibes throwing in Stevie Wonder’s “Sir Duke” (“You can feel it all over…”) and the chestnut “Dinah.” Perhaps Marsalis’ reconfiguring these tunes is a new twist on old school jazzers routinely quoting songs within their own works.

Smartly, Marsalis lists the names of his new creations alongside the songs from which inspired them. A few examples include “Just as Cool as the Other Side of the Pillow,” melodically derived in part from “Willow Weep for Me,” and “A Peaceful Silence” from Horace Silver’s “Peace.”

Satoko Fujii celebrates her 60th with new CD each month of 2018! 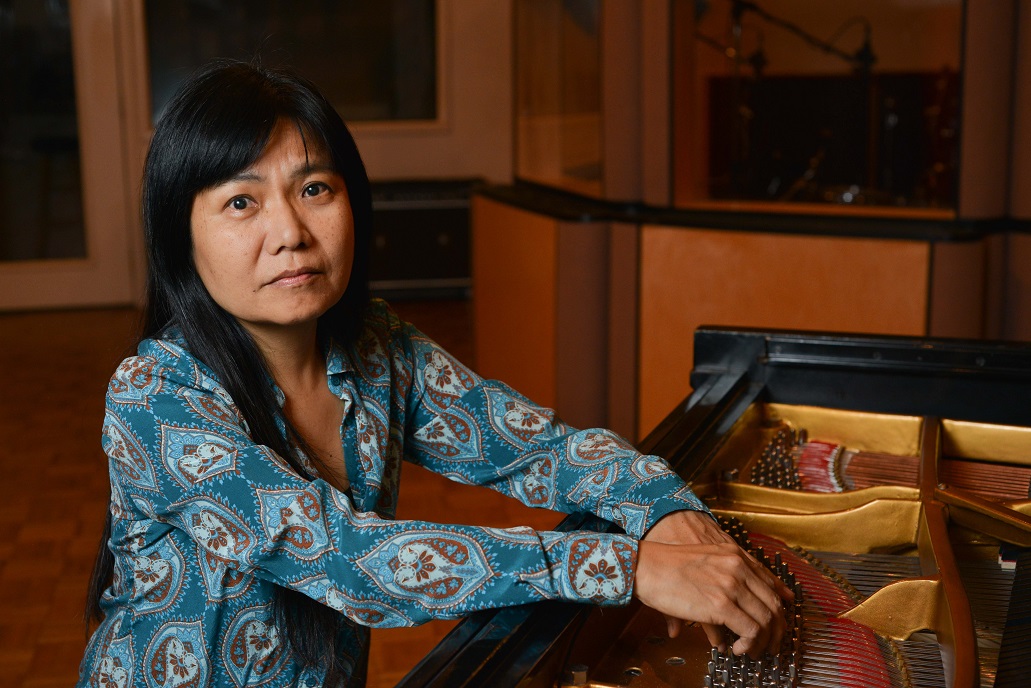 Fujii Turns 60!
CD of the Month Marathon Begins in January

“Unpredictable, wildly creative, and uncompromising… Fujii is an absolutely essential listen for anyone interested in the future of jazz.”
― Dan McClenaghan, All About Jazz

“One of the most original pianists in free jazz.”
― Steve Greenlee, Boston Globe

“She could be the most important creative musician of our time.”
― Michael Nastos, allmusic

In pianist-composer Satoko Fujii’s native Japan, reaching the age of 60 is traditionally so important that there’s a special word for the milestone—kanreki. It’s a moment to remember life’s accomplishments and to put former troubles behind you. The celebrant enters the next stage of life with the all joy and expectations of a newborn child. To celebrate her own 60th birthday, Fujii, already a prolific bandleader with more than 80 releases to her name, will intensify her recording schedule, releasing one CD a month for all of 2018. Rather than using her kanreki year to look back at a career that has spanned more than 30 years, Fujii will emphasize new works for current projects, debut special projects, and introduce new working bands in an unprecedented 12-month spree of new releases. “I probably should think and notice that I am not young anymore,” she says, “but I just keep doing what I want to do.” 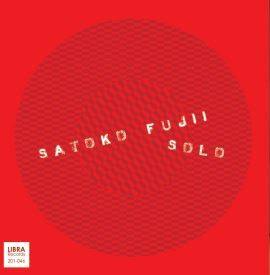 The pulse of any fan of Fujii’s unique musical vision will quicken at the thought of the anticipated albums. The celebration kicks off in January with Satoko Fujii: Solo (Libra), a live recording from the acoustically rich Yume Mikan Hall in Yawatahama, Japan. In a mesmerizing concert, she performed without a set list, simply improvising and playing compositions as they arose in the flow of the music.

Two releases by current ensembles will follow. In February, Atody Man (Circum Libra), the fourth release from KAZE, the collaborative group with trumpeters Natsuki Tamura and Christian Pruvost and drummer Peter Orins, will feature more fiercely energetic improvising from the international quartet. March will see the releases of Ninety-Nine Years (Libra), the latest from Orchestra Berlin. A new one from Orchestra Tokyo is also planned.

In addition, the dozen new releases will include the recording debuts of a new piano-bass-drums trio and This Is It!, a trio featuring Fujii with Natsuki Tamura on trumpet and Takashi Itani on percussion. Also slated is Intelsat, a duet with Australian pianist Alister Spence and May (Long Song Records), which showcases a one-time trio with Italian soprano saxophonist Gianni Mimmo and American bassist Joe Fonda, with whom Fujii released a critically acclaimed duo album in 2016. 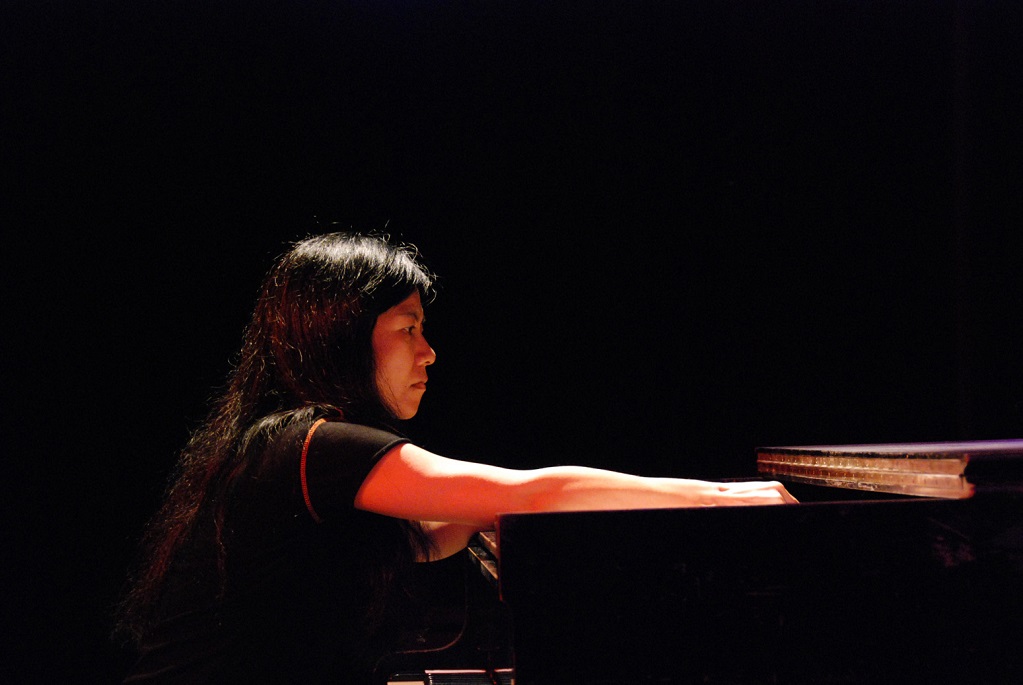 Other surprises and delights will be in store over the course of the year, in what is sure to be an unforgettable outpouring of musical riches.

Critics and fans alike hail pianist and composer Satoko Fujii as one of the most original voices in jazz today. She’s “a virtuoso piano improviser, an original composer and a bandleader who gets the best collaborators to deliver," says John Fordham in The Guardian. In concert and on more than 80 albums as a leader or co-leader, she synthesizes jazz, contemporary classical, avant-rock and Japanese folk music into an innovative music instantly recognizable as hers alone. Over the years, Fujii has led some of the most consistently creative ensembles in modern improvised music, including the ma-do quartet, the Min-Yoh Ensemble, and an electrifying avant-rock quartet featuring drummer Tatsuya Yoshida of The Ruins. Her ongoing duet project with husband Natsuki Tamura released their sixth recording, Kisaragi, this year. “The duo's commitment to producing new sounds based on fresh ideas is second only to their musicianship,” says Karl Ackermann in All About Jazz. Aspiration, a CD by an ad hoc band featuring Wadada Leo Smith, Tamura, and Ikue Mori, was released this year to wide acclaim. “Four musicians who regularly aspire for greater heights with each venture reach the summit together on Aspiration,” writes S. Victor Aaron in Something Else.

She records infrequently as an unaccompanied soloist, but her latest solo album, Invisible Hand, led Dan McClenaghan in All About Jazz to praise her “stream of ideas, eschewing repetition and cliché in the crafting of her solo work, her loveliest and most accessible music.” Fujii has also established herself as one of the world’s leading composers for large jazz ensembles, leading Cadence magazine to call her, “the Ellington of free jazz.”

SNOWPOET, led by Jazz FM Vocalist of the Year (2016) Lauren Kinsella and multi-instrumentalist Chris Hyson, features Josh Arcoleo on sax, Matt Robinson on keys, Nick Costley-White on guitar and Dave Hamblett on drums. The band have just announced the release of their sublime new album, Thought You Knew out on 9th February.

The album’s lyrical opening track The Therapist is available to download immediately when you pre-order the album on iTunes.

Listen Before You Buy

Born out of a deep musical friendship and mutual understanding, Snowpoet’s acclaimed eponymous debut released in 2016 won rave reviews and a devoted audience with its compelling sound, drawing comparisons with Bjork.

With Thought You Knew their sound evolves and takes on a new direction in terms of their musical ideas and execution. Blending sweet hook-laden vocal lines with warm and lush arrangements, the music is infectious, delicate and tasteful. The sound is clear and beautifully produced, while the lyrical content exhibits a deep and raw emotion. 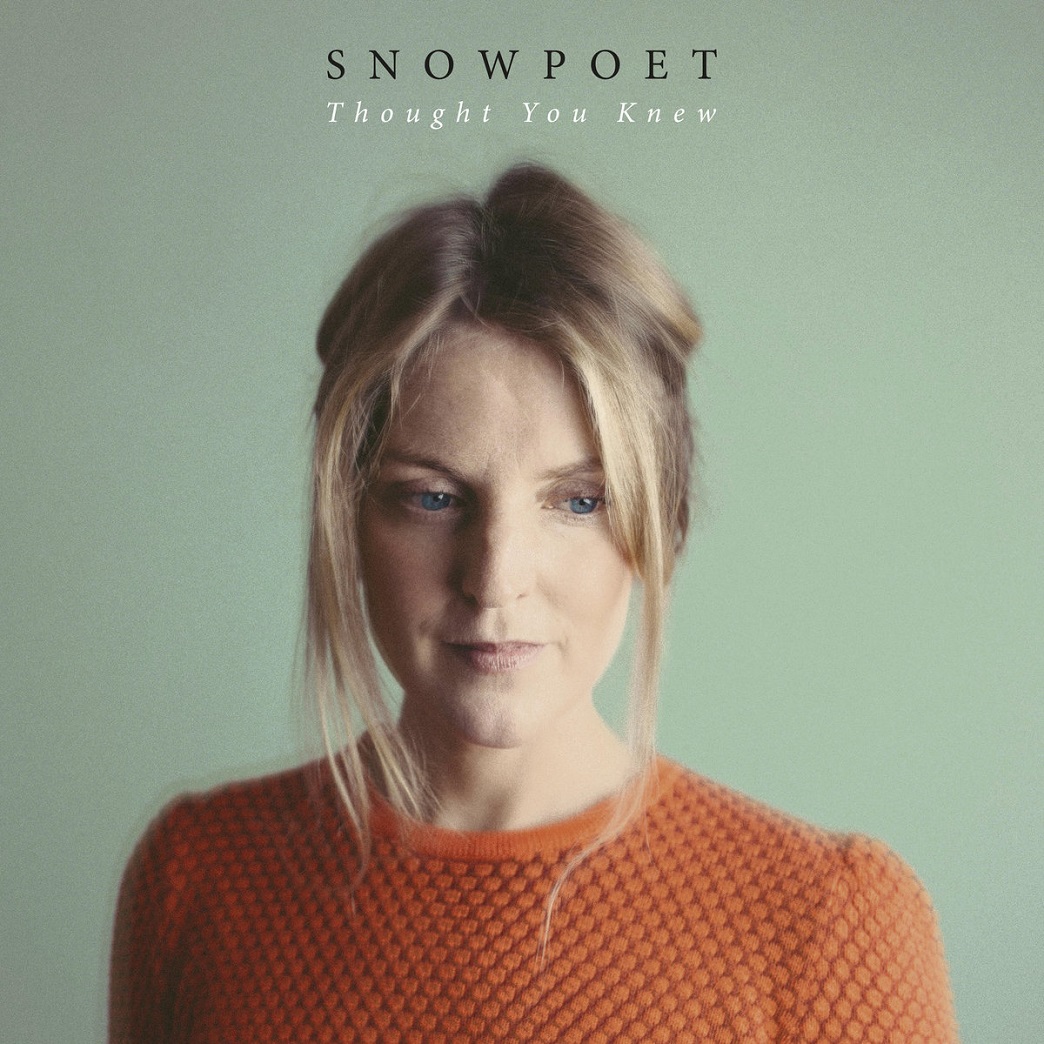 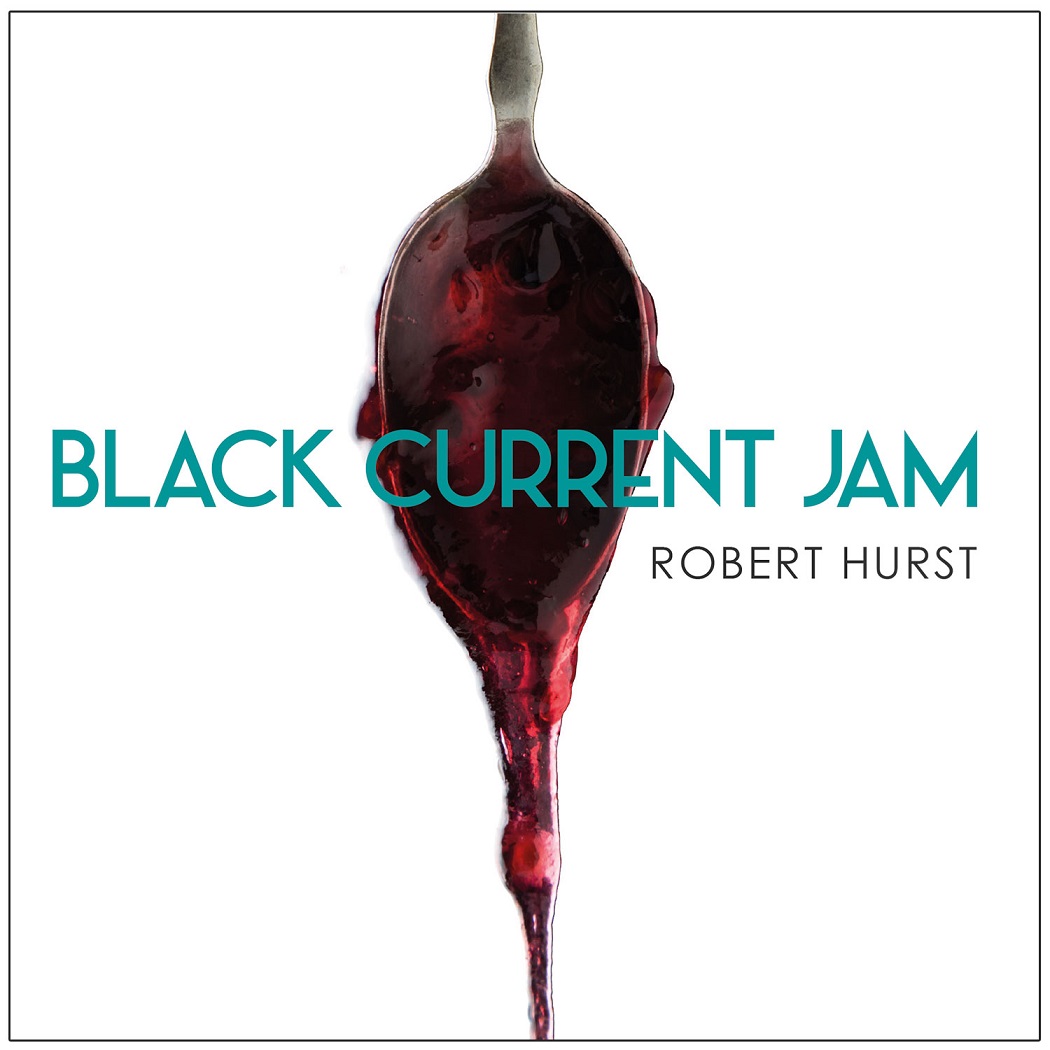 Black Current Jam just may be Hurst’s most ambitious recording project to date. His musicianship ignites a plethora of bass and rhythmic offerings, all situated by his international profile of eclectic bassist, composer, arranger, band leader and swing street strategist. Hurst elegantly lays out music architecture continually shifting beats that are endlessly stirring, never predictable. This recording is a hot savory mélange of rhythm. Watch yourself: you could be transfixed and entranced for life enjoying it. 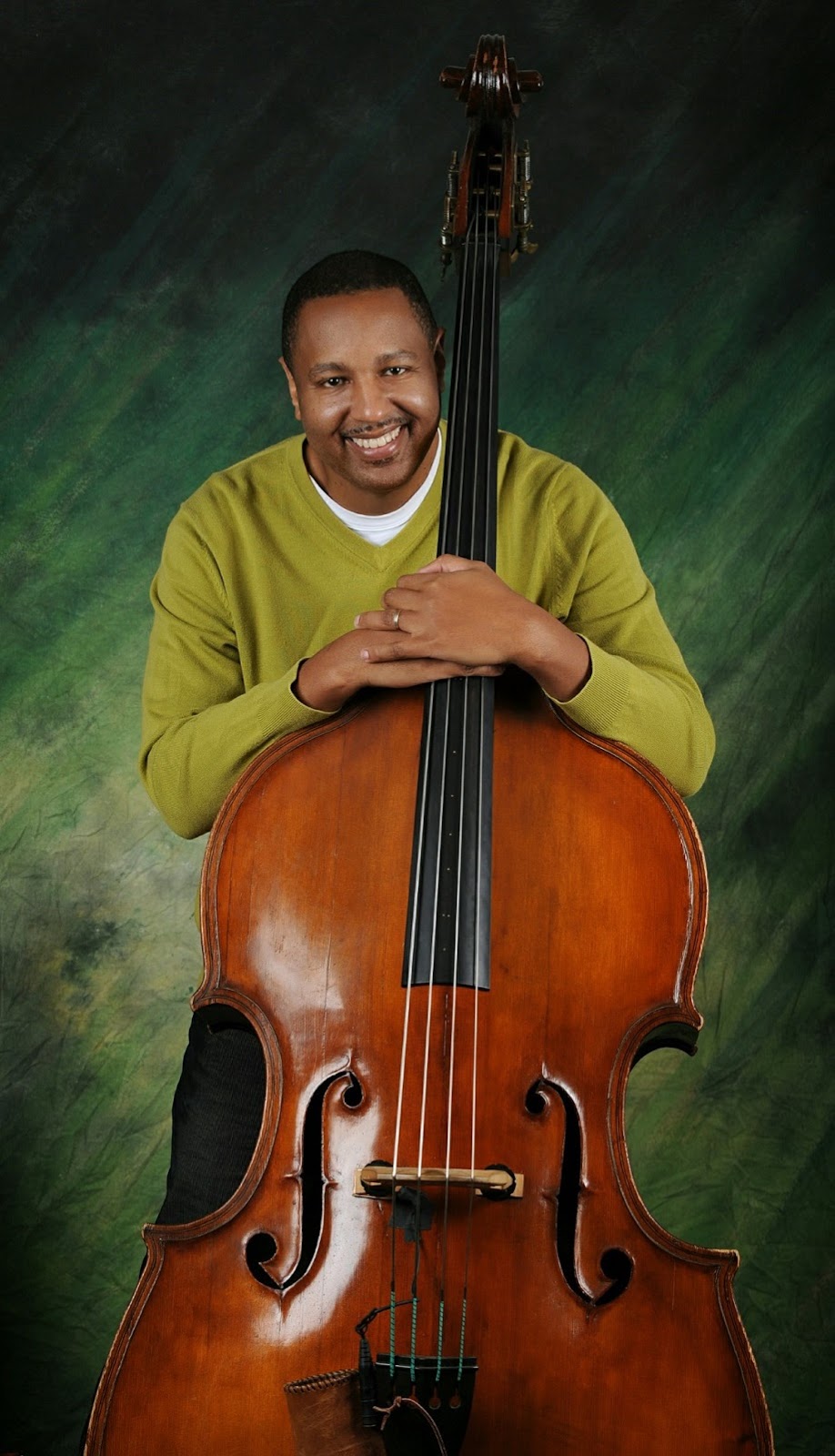