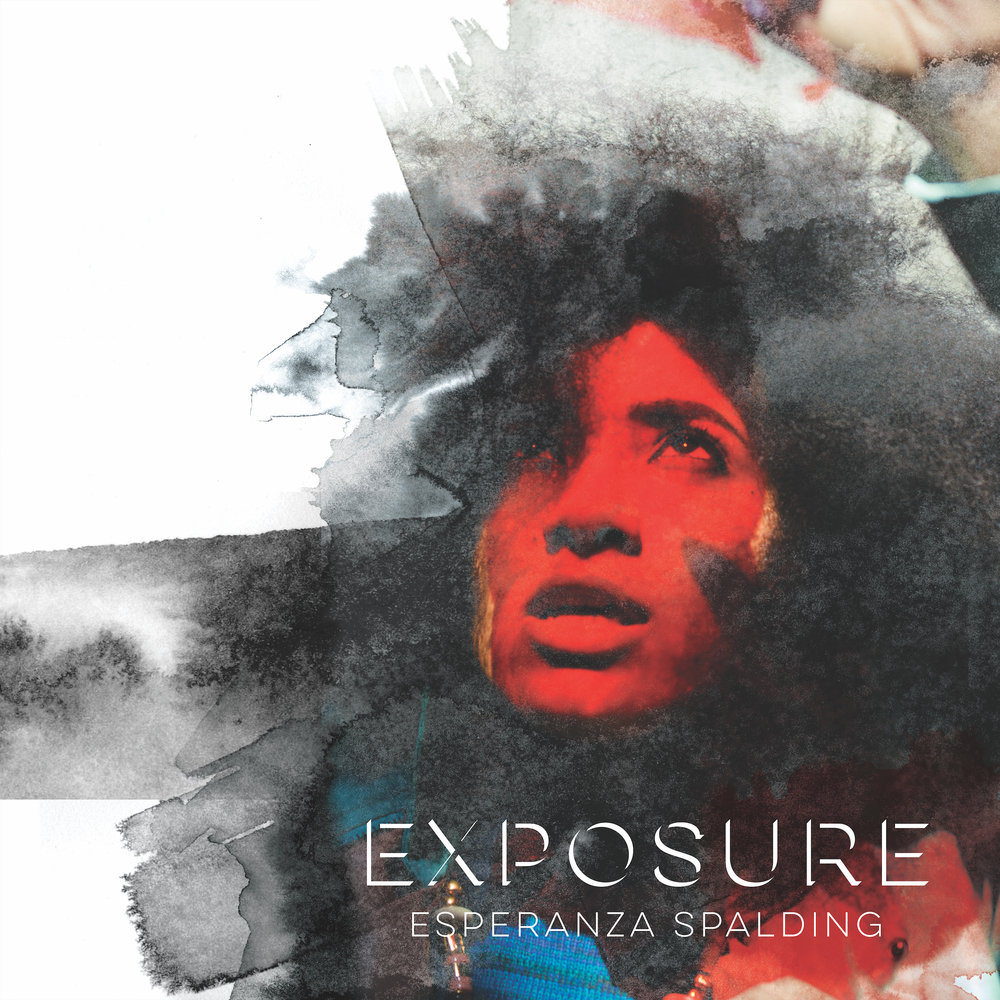 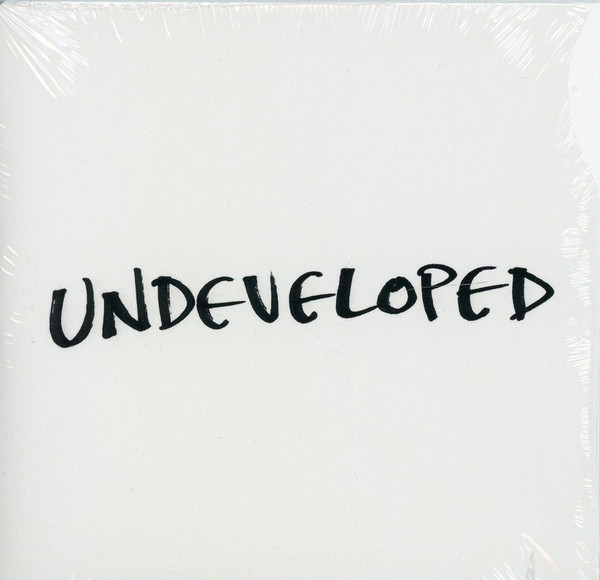 www.esperanzaspalding.com
Posted by Republic of Jazz a la dirección 8:00 PM 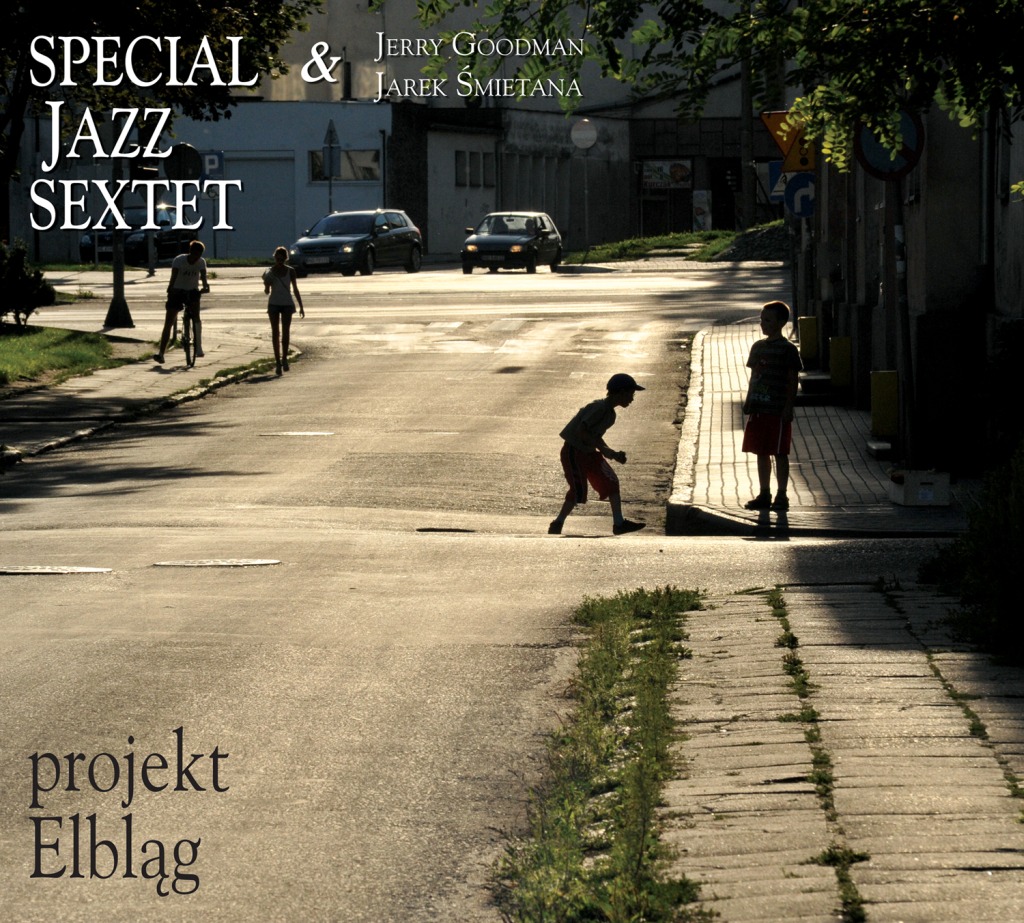 Yet another interesting album from Allegro Records released this year (check also “Afreakan Project” and “Facing The Challenge”) and again it is pleasent surprise. Surprise because though musicians are not from first ranks of Polish jazz yet they deliver very good music indeed. All compositions are by Bartek Krzywda while all members of the sextet taking part in this project are from Elbląg (or connected to this city). It is astonishing that so many fantastic musicians live in this relatively small city and that they managed to join their forces to deliver such a palatable dish. As far as regular members of this sextet are concerned I want to single out Marcin Gawdzis, the outstanding trumpeter, that should be much better known on Polish scene. Melodic lines as supplied by his instrument underline catchy Krzywda compositions and saturate music with lyricism and levity. But other players input is of no less quality be it Szymon Zuehlke on tenor saxophone, Artur Olewniczak on trombone or rhythm section: Janusz Mackiewicz on double bass and Grzegorz Sycz on drums. A lot of spice is added by guests’ appearance: soprano saxophone by Przemek Dyakowski is an outstanding counterpoint to Gawdzis’ trumpet, Jerry Goodman violin sounds other-worldly and hauntingly beautiful (like on “The Heart On A Plate”) and finally well-known guitar of Jarek Śmietana. All in all, this is definitely worthy debut by Special Jazz Sextet, a tribute both to jazz and to city of Elbląg (from which also come from Jerzy Małek whose excellent album “Air” is our October Album Of The Month). Maciej Nowotny Never one to limit her creative journeys, Lundy explores the realms of Jazz, Blues, Brazilian Samba and Pop with a multitude of messages that reflect not only the complexities of her own mindset, but the disparity of the world at large. Poignant, heartfelt, joyous, shocked, saddened and impassioned are just a few of the emotions conveyed by this wonderfully evocative singer on CODE NOIR in a highly personal musical voyage.

Another Chance
Live Out Loud
Black And Blues
Whatever It Takes
Afterglow
Second Sight
The Island, The Sea, And You
I Keep Falling
I Got Your Number
You Came Into My Life
Have A Little Faith
Kumbaya 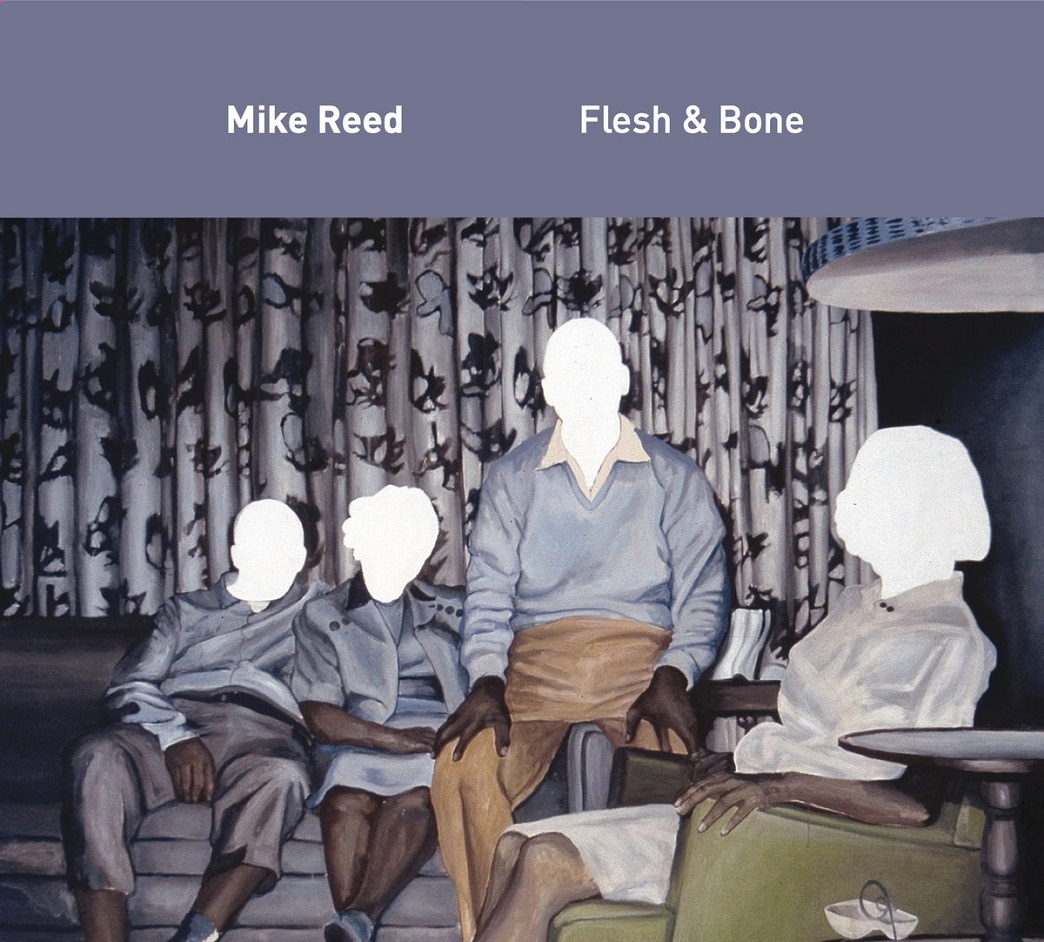 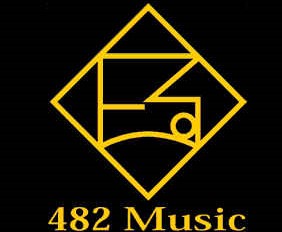 "A multithreat musician who thrives as soloist, bandleader, presenter and global talent scout, Reed has emerged as a center of gravity for music in Chicago (and beyond)." - Howard Reich, The Chicago Tribune

It was the most terrifying moment of Mike Reed's life.

The Chicago drummer-impresario, who founded the Constellation arts center and produces the Pitchfork Music Festival, was touring Europe six years ago when he and his band stumbled into a neo-Nazi rally.

Or, more precisely, were lured into it: The conductor on the train Reed and colleagues boarded in the Czech Republic told the musicians they needed to transfer at a particular stop they hadn't intended on. Figuring the conductor must know best, they did what he suggested, arriving in the small town of Prerov.

This not only was the wrong station for their ultimate destination, but it was ground zero for right-wing, anti-gypsy marchers convening by the hundreds in a long-planned demonstration — which led the musicians to believe the conductor had sent them into danger intentionally.

Suddenly, "You hear these explosions going off … and see these people amassing," recalls Reed, of the tumultuous events of April 4, 2009.

Soon, "You're seeing a full-on riot breaking out. These people came ready: They had their gas masks ready. They had their Molotov cocktails ready to throw. It was crazy."

In a band staffed by two African-Americans (Reed and saxophonist Greg Ward) and two white musicians (tenor saxophonist Tim Haldeman and bassist Jason Roebke), the jazz musicians instantly realized they would not be looked upon kindly by the rioters.

"We freeze as the skinheads swarm from every direction," writes saxophonist Ward of the experience, on www.mikereed-music.com. "Armed with stones, petrol bombs and firecrackers, they attack the riot-gear clad police. … We all jump on to the train tracks and begin running for our lives out of the station."

A plainclothes officer came to their rescue, hid them in a small room in a nearby apartment and left the musicians to ponder what might come next. Reed and colleagues naturally felt helplessness and fear. 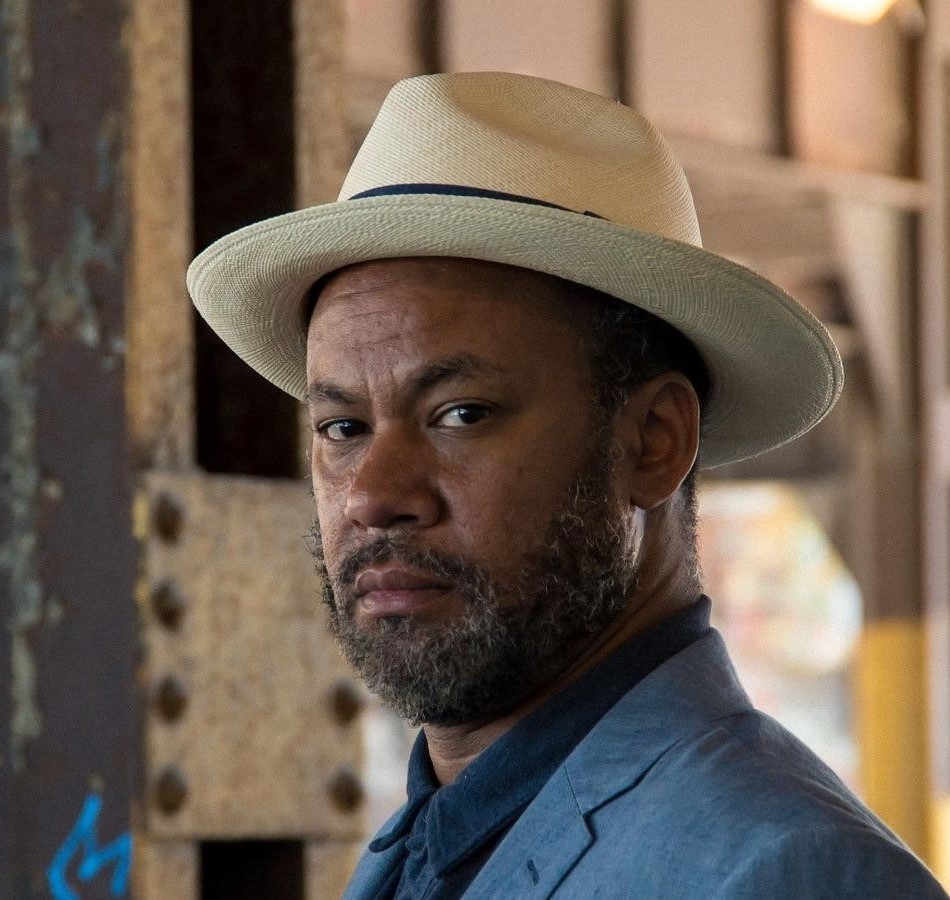 "We can't do anything," recalls the drummer. "We don't have the Internet. Who are we going to call? Anyone we know is at least hundreds of miles away."

Eventually, police escorted Reed and his People, Places & Things band onto a train out of town, though the musicians faced another threatening encounter with skinheads who had boarded, too. Once again, they were saved from attack and eventually made it safely to Krakow, Poland.

Reed has been pondering this close call ever since and, perhaps not surprisingly, decided to deal with it through art. "Flesh & Bone," a jazz suite with text, will have its world premiere Friday night at the Art Institute of Chicago's Fullerton Hall, performed by Reed and an expanded version of People, Places & Things that will include cornetist Ben Lamar Gay and bass clarinetist Jason Stein, plus Marvin Tate and Kevin Coval performing text.

Reed hastens to note, however, that "Flesh & Bone" will not be a musical re-creation of the original event or of the way he felt as it unfolded. Instead, the piece will serve as a gateway for his thoughts on art, race, culture and a great deal more.

"It doesn't have to be about this event," says Reed. "The event is the spark on how we converse and reflect. … It's a parable on what it's like to be confined in these situations."

Yet this encounter did not happen in a vacuum. In a way, it was born of ancient prejudices and, not surprisingly, evoked for Reed America's own battles with racism. While Reed and friends were in hiding, he wondered what this brush with danger told him about the brave souls who faced down institutionalized racism during the civil rights battles of an earlier era.

"At one point, while cowering in a 12x12 room," Reed writes on his website, "I asked Greg and myself: Would we have had the courage to march in Selma or even Chicago?"

Those who did, Reed believes, showed a kind of mettle that surpassed anything he and his colleagues had to muster, in part because the civil rights warriors stepped directly and heroically into harm's way.

"It made me think: I got thrown into this, and I'm scared," says Reed. "There's no real courage here, not like sitting in a lunch counter. I can't imagine that. … I don't know that I would have that courage."

How Reed reconciles all of these conflicting thoughts and themes are what "Flesh & Bone" is all about. Musically, he says, the piece is built partially on motifs the musicians played during their 2009 European tour. Textually, the opus will include quotes from James Baldwin and others, as well as phraseology conceived by Tate and Coval, who will be "authors of their own solos," as Reed puts it.

By expanding People, Places & Things with the two additional horns, Reed says he's referencing the small-group work of Duke Ellington, which has been a source of fascination for him in recent years.

Exactly how all of this comes together — and how well — won't be apparent until Friday night. But considering the ingenuity and depth of Reed's music with People, Places & Things and other projects, "Flesh & Bone" holds great promise.

And though Reed believes this "may be the most risky thing I've done," in that "I'm exposing a lot of myself and my process and inviting a lot of people to it," he doesn't want his audience to be scared off by the subject matter.

Listeners "don't have to know all this stuff," he says, referring to the story of what happened and its implications.

"The layers are there (to experience), if you want to. But you can come and think: This is really cool. … I don't know what it's about. I don't need to know."

But who wouldn't want to? 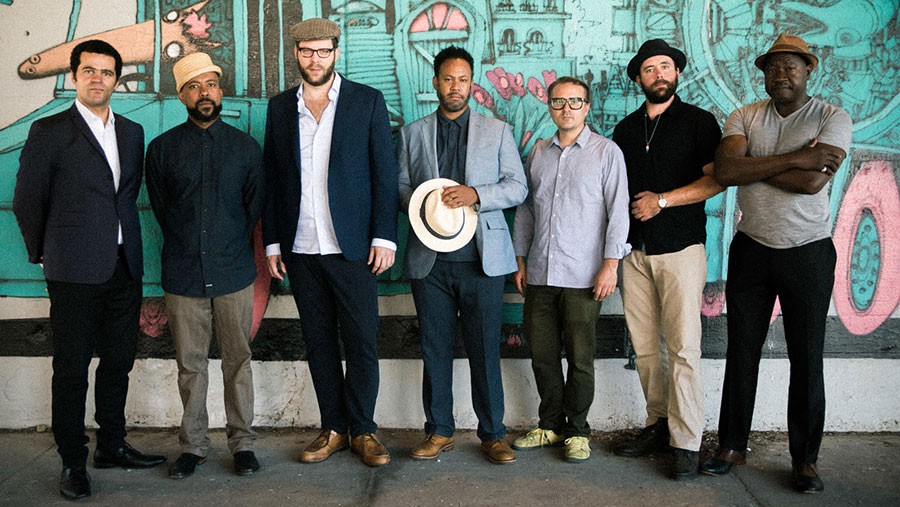