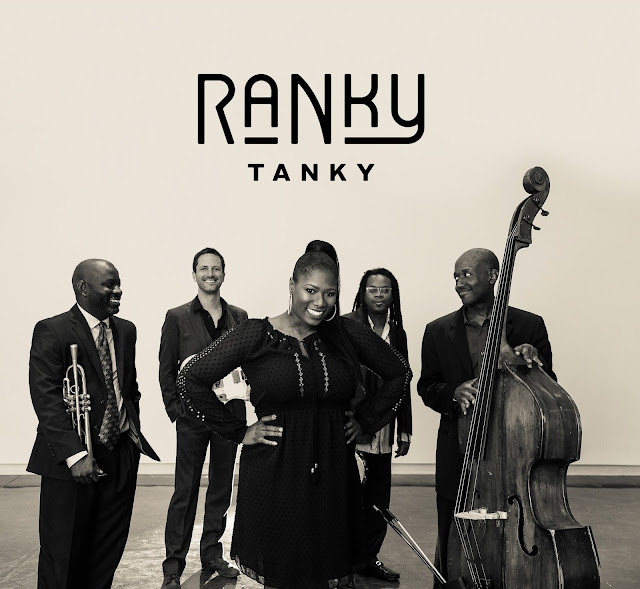 Ranky Tanky (the loose equivalent of “Get Funky!”) draws on these lineages on their debut album Ranky Tanky (release date: September 15, 2017)

When trumpeter and vocalist Charlton Singleton heard “Watch That Star,” he knew it well. It shared a few verses with his grandfather’s song, a song the elder had received after “seeking”, a key moment in a young Gullah person’s spiritual development.

“The method of seeking when he was growing up was to go out into the woods and seek the Lord while trying to be with the creator, be one with the heavens,” recounts Singleton. The process often ended with a person finding a song that became their own.  A song they would go on to “raise up” at every Sunday service, and a song that the entire community would associate with that person alone.

These songs and practices are part of the Gullah tradition, an African-American community which maintained strong African elements in language, music, and lifeways from the coastal communities of North and South Carolina, Georgia, and northeast Florida. Charleston, SC’s Ranky Tanky (the loose equivalent of “Get Funky!”) draws on these lineages on their debut album Ranky Tanky (release date: September 15, 2017), the ring shouts, praise songs, games, and nature tales, approaching them with serious jazz chops and a deeply-rooted heart.

“These are songs often created on the spot, at play, or in church,” explains Singleton. They sometimes become part of a person’s contribution to worship, to be passed down to a family member with time. This direct transmission kept the music alive and ever shifting.

Gullah traditions have seeped into American popular culture, from Brer Rabbit to children’s hand games to “Kumbayah” (Gullah for “come by here”). Many of the songs performed by Ranky Tanky will feel like old friends to many listeners--though these friends have come dressed to the nines, ready to shake things up. (“O Death,” “Go to Sleep”)

Singleton jokes that they first came together to help Ross impress girls, but eventually formed a jazz quartet. They gigged for a few years, before Ross moved to New York. The foursome kept in touch, however, and played together as often as they could. Singleton, Baxter, and Hamilton have established themselves as formidable jazz musicians, educators, bandleaders, composers, and producers in Charleston and beyond.

Ross’ exploration of music from other parts of the world, most notably Brazil, led him to consider his own roots and investigate the music of his home state of South Carolina. Back in Charleston, he talked to his former bandmates. They were skeptical at first--“I thought everyone knew about this stuff,” remarks Hamilton--they started to work on some Gullah songs, arranging them in a way that kept the spirit but sounded all their own.

They unanimously decided to invite powerful vocalist Quiana Parler (whose American Idol appearance won her a spot in Clay Aiken’s touring ensemble) to join them, and Ranky Tanky was born.

“When I write songs for jazz gigs, I’ll have a melody and the chords in my mind, but I also know that I want Quentin to play, so I’ll leave it to him to come up with a rhythmic foundation.  I might suggest some bass line ideas for Kevin, but I leave it up to him. That’s how we collaborate,” notes Singleton. “We start with the songs and games, but it’s our personalities that help drive these arrangements.” 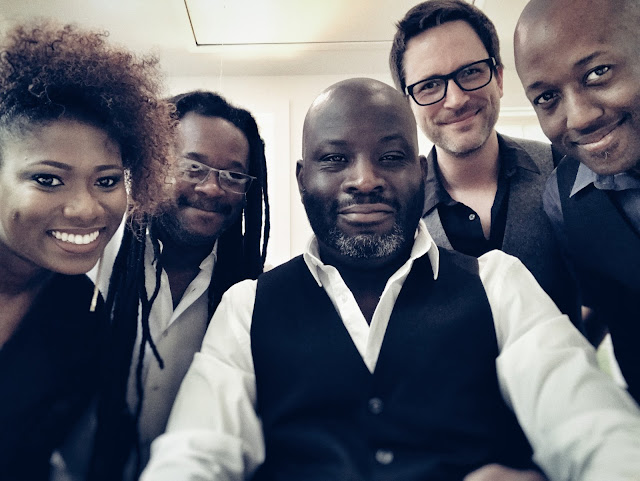 Improvisation plays a central role in the band’s arrangements, too, though it unfolds according to a unique set of rules and understandings. “Improvisation is a tool, not a departure. It’s entrenched. It depends on what we need to get across,” Baxter says. “And it’s not just instrumental; Quiana will sing a phrase over and over. When there's a message being communicated, a spirit being conveyed, that’s key to cultural trance music like this music. These are rhythms for people to shout and praise on. It’s about how deep you want to get into it. It’s not about novelty or harmonic substitutions. You stay with the folk of it, and that gets you back into earlier improvisational skill sets.”

The dialogue between voice and drums (“Been in the Storm”), and vocal call and response with instrumental reprise (“Knee Bone”) reflect some of the musical techniques absorbed from childhood by many of the band members. Ranky Tanky employs them to create striking contemporary arrangements. There are resonances with other deeply Afro-diasporic traditions (think zydeco), with old-school gospel, with the guitar-centered popular music of Mali, Senegal, and Ghana.

“Knee Bone,” for example, demonstrates a direct link to ancient West African religious belief that rigidity is next to death and one must keep the body moving to feel alive. The playing and singing can get down and dirty, but it’s always guided by a delicacy of feeling, of commitment to something greater. (“Got to Move”)

“My approach to these songs when I perform live, it’s all about what I'm feeling at the moment in collaboration with what the band is playing.” I’m from the country and was introduced to Gullah language and culture about 16 years ago through my son’s father. I had no idea what he was saying or speaking when I first met him,” reflects Parler with a laugh. “Our connection to the songs’ spiritual aspect is through church. So when I approach these songs, I take a spiritual approach. It’s all about feeling for me.”

“We are a leaderless group and a musical family. There is a constant give and a take, giving each other shit, and knowing it’s all in love,” muses Ross. “At the core is something real, and a process that filters truth. Most members of this band were born Gullah, and I’m an adopted son, digging deeper with a book. Our different perspectives give us an opportunity to find mutual understanding. We just laugh through the process.” That laughter and close connection is palpable on Ranky Tanky and whenever the band gets on stage.

“Gullah” comes from West African language and means “a people blessed by God.” “Ranky Tanky” translates loosely as “Work It,” or “Get Funky!” In this spirit this Charleston, SC based quintet performs timeless music of Gullah culture born in the southeastern Sea Island region of the United States. From playful game songs to ecstatic shouts, from heartbreaking spirituals to delicate lullabies, the musical roots of Charleston, SC are “rank” and fertile ground from which these contemporary artists are grateful to have grown.

South Carolina natives Quentin Baxter, Kevin Hamilton, Charlton Singleton, and Clay Ross first came together in 1998, fresh out of University, to form a seminal Charleston jazz quartet. Now, united by years apart and a deeper understanding of home, these accomplished artists have come together again, joined by one of the low-country’s most celebrated vocalists Quiana Parler, to revive a “Heartland of American Music” born in their own backyards.