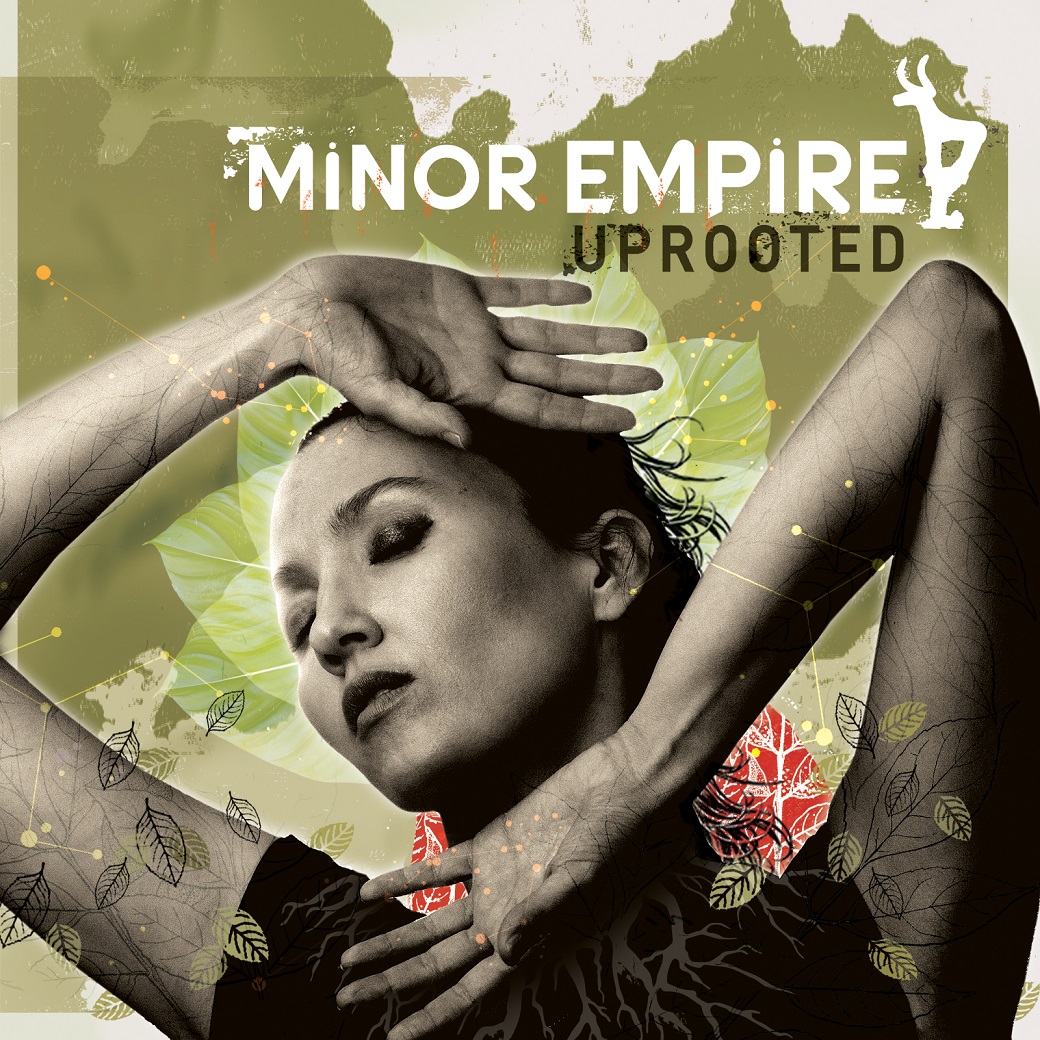 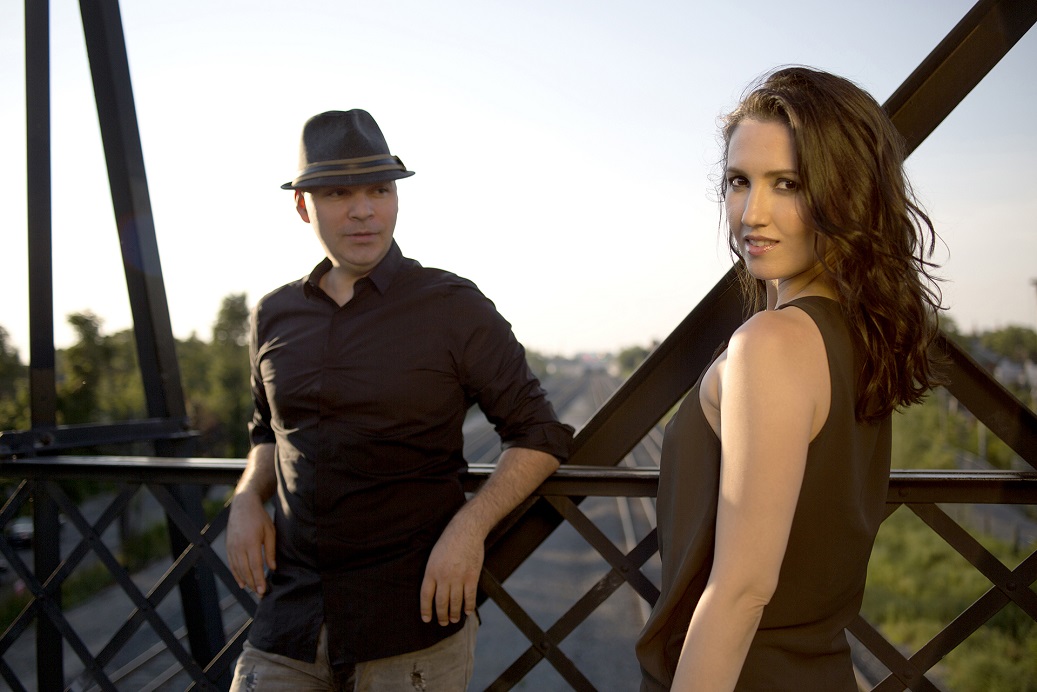 Minor Empire’s Ozgu Ozman and Ozan Boz felt a visceral loss as the movement that started in Istanbul’s Gezi Park was crushed by the Turkish government. They felt a similar loss at the dispersal of the Standing Rock protests as indigenous people were silenced. Then they felt this same loss’s echoes in Ontario, where they least expected it.

Though they had lived in Canada for years, they watched their sense of home evaporate before their eyes.

“It was a living hell for us, watching these young hopeful people die in protests, watching governments cave to corporations and destructive goals. It is hard to convey how angry we were. I wanted to bring the world down on the heads of these politicians,” recalls Ozman, the group’s poignant vocalist and lyricist. “It was a powerful feeling of total injustice, of homelessness, when home had had such potential and such promise. It’s a feeling people are grappling with everywhere.”

The Toronto-based group harnesses lithe folk-inspired melodies, lush guitar, and stunning percussion to convey the disorientation, the grief, and the remaining embers of hope on Uprooted, a progressive testament to the heartache of alienation. “It was like an avalanche. The country changed from that moment,” Boz recounts. “We couldn't go back to Turkey and be comfortable. I suddenly felt homeless, that I don't’ belong there anymore with my ideas or lifestyle. I really felt uprooted, roots pulled up and thrown into the sea. It broke my heart.”

From this pain flowed a beautiful, boundary-pushing suite of songs that artfully juxtapose the raw yearning of regional traditions with sophisticated, multi-layered arrangements hinting at ambient and psychedelic explorations. The combination, supported by some of Toronto’s strongest musicians, has won the group acclaim in Canada. Now Minor Empire is bringing its latest recording and live repertoire to the US for an early autumn tour.

It all began with Ozman humming and murmuring folk songs. The duo, who had migrated to Canada at the same time, had been away from their native country for three or four years. Yet suddenly, Ozman was haunted by snatches of song that she kept revisiting under her breath.

The duo realized that in that humming, a new artistic direction lay. “The idea did not come from the void,” says Boz. “In Turkey, Turkish music is everywhere; it’s the soundtrack of your life. You hear it in a cab, a restaurant, your friend's house, you hear it even when you really don’t want to. But you don’t hear it at all here. This silence cleansed our ears and we started missing what we remembered.”

Minor Empire evolved quickly from that realization, as Ozman and Boz had already been collaborating musically for some time. “We wanted to reflect our needs, to address what we needed to express, a true expression of ourselves,” reflects Ozman. “Because at the time we were ready to record this trip-hop/art-pop project, but we decided we had to shelve that.”

Their approach to working with the traditional melodies they remembered from their youth departed from that of other artists, be they Western musicians dialoguing with Turkish forms or Turkish bands tackling Western pop or rock. A talented and exploratory guitarist, Boz heard something completely different underpinning Ozman’s gorgeous vocals.

“I don’t play a traditional instrument, I play electric guitar,” he explains. “What I listened to was psychedelic rock music, not traditional Turkish songs. Our music had to sound like who and what we are, which is a very defined combination of things. We tried to keep it that way without molding Turkish music into Western forms, or vice versa. We wanted the elements to coexist, not be forced together.” This approach bears bold fruit on original tracks like the “Yurtsuz” and the sweeping album opener, “Dunya.” 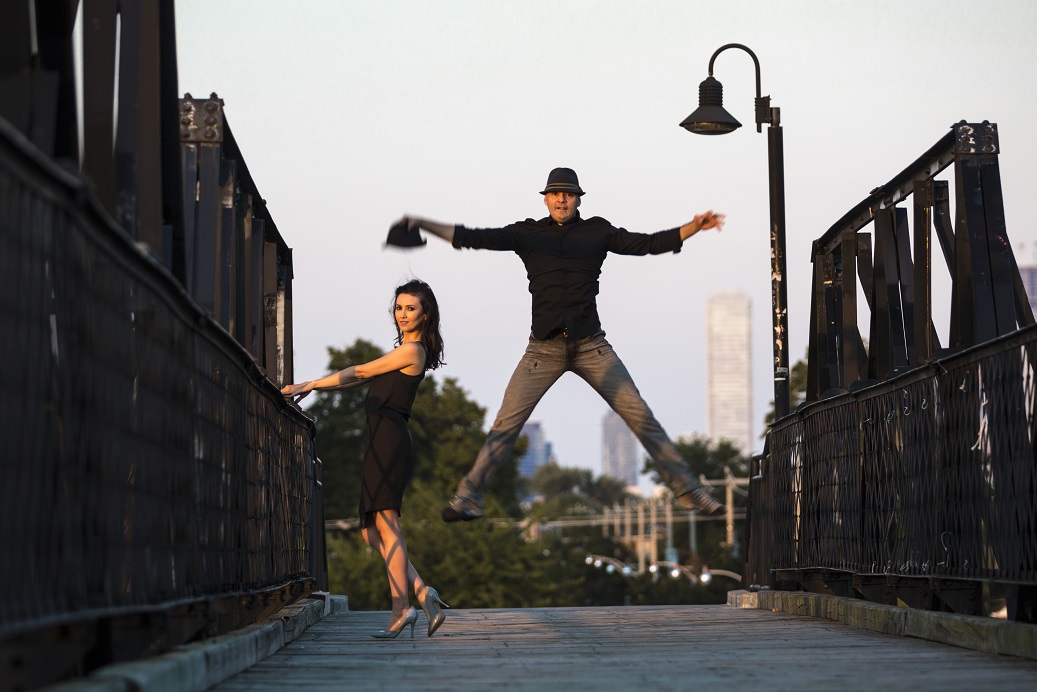 The group draws on more than folk melodies and lyrics, however. Ozman often turns to the rhythmic feels associated with Turkey’s regions. She felt especially drawn to the particular pulse of her coastal home province of Mersin, with its mellower, more laid-back rhythms. “My hometown is on the southern coastline and has a very different pace. The folk songs are almost reggae-like, very happy,” she says. “I realized I loved that feel, so I started listening to a lot of music from my hometown and to sing and internalize them. They had a lot of joyfulness, offering some solace amid my troubles.”

Ozman’s renditions of traditional songs boldly hold their own, not bending to fit the sensibilities of Boz’s instrumental arrangements on tracks like “Iki Keklik,” even when going head-to-head with electronic beats and trip-hop vibes. (“Mendilimin Yesili”) Boz’s sometimes slinky, sometimes ethereal, sometimes bluesy guitar forms a bridge between the vocal melodies and the soundscapes they float over, especially on the Saharan blues-inspired “Gunes Turkusu.”

Boz’s stylistic freedom translates into a broad instrumental palette as well. Taiko drums and timbales join traditional Turkish instruments like the qanun (zither) and bendir (frame drum), if the song’s emotional narrative is enriched by that sound. (“Tutam Yar Elinden”) At the same time, he balances the epic moments and crescendos with atmospheric interludes, a way for listeners to catch their breath amid the intensity.

“By the time you finish the third track, there has been so much to absorb, so many peaks and valleys,” Boz notes. “We like to include ambient tracks and begin crafting tracklists as we write songs. The connecting pieces are not random. They are composed to walk a listener from one tune to the next.”

The complexity and careful structure serve first and foremost to communicate the urgency of the feelings that the events of 2013 sparked in Minor Empire’s core duo. Though years have passed, the urgency and resonance remain. “The feeling of homelessness is a constant struggle,” Ozman says. “I had this energy in me, running and running but didn’t know what I would find at the end. I lost my home country and didn’t feel like there was any point in continuing to try. I felt directionless.”

Yet through it all, Ozman and Boz see moments of hope, a small light that may inspire other migrants, exiles, and refugees. “You struggle to create your own space, your own home, your own oasis,” Ozman muses. “I always thought you carry your home with you, that I could live anywhere, I just needed to be at peace with myself. That’s still there, even though I feel this bitterness.”