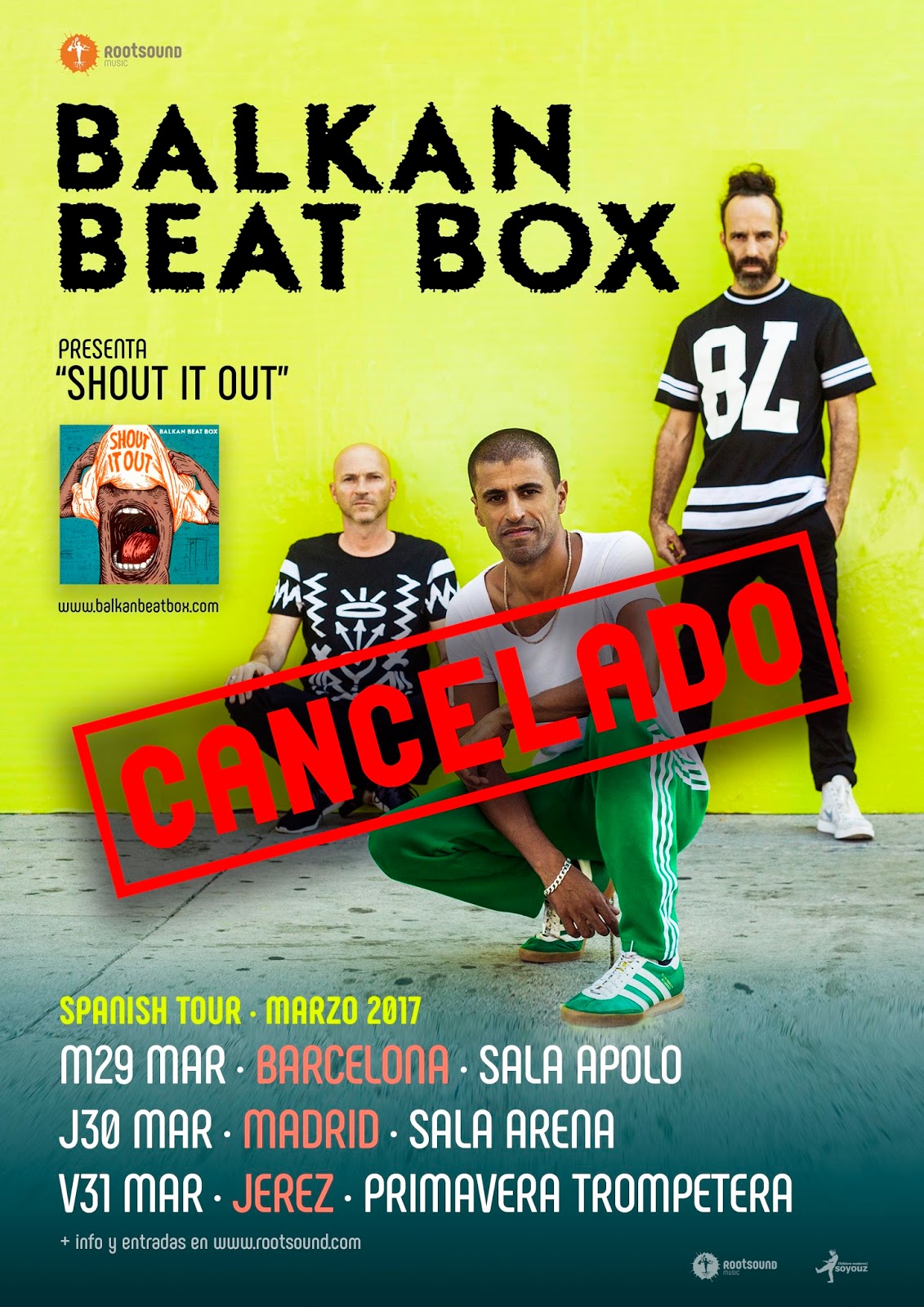 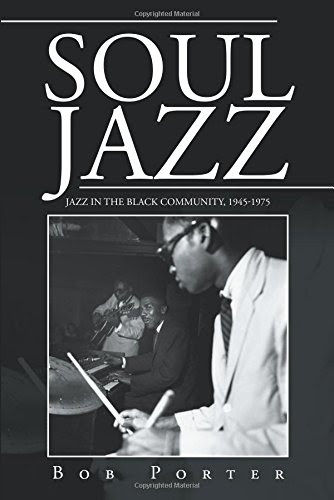 Record producer, jazz writer and broadcaster Bob Porter discusses his new book Soul Jazz: Jazz in the Black Community, 1945-1975, which complies a history of jazz in the back community in the period from the end of World War II until the end of the Vietnam War.

ALL events are FREE, OPEN to the public (unless otherwise noted) and METRO accessible.

Soul Jazz is a history of jazz and its reception in the black community in the period from the end of World War II until the end of the Vietnam War. Previous histories reflect the perspective of an integrated America, yet the United States was a segregated country in 1945. The black audience had a very different take on the music and that is the perception explored in Soul Jazz.

Bob Porter is a record producer, writer and broadcaster in the fields of Jazz and Blues.  He has worked for such prominent record labels a Prestige, Savoy and Atlantic.  He has produced more than 175 albums and several hundred reissues.  He has contributed to DownBeat, JazzTimes, Jazz Journal (London) and currently writes a book review column for the Journal of the International Association of Jazz Record Collectors.  He is a two-time Grammy winner, was awarded the Marion McPartland Award for Excellence in Jazz Broadcasting and is a member of the Blues Foundation Hall of Fame.  He currently is the host of three separate radio programs on WBGO Newark. 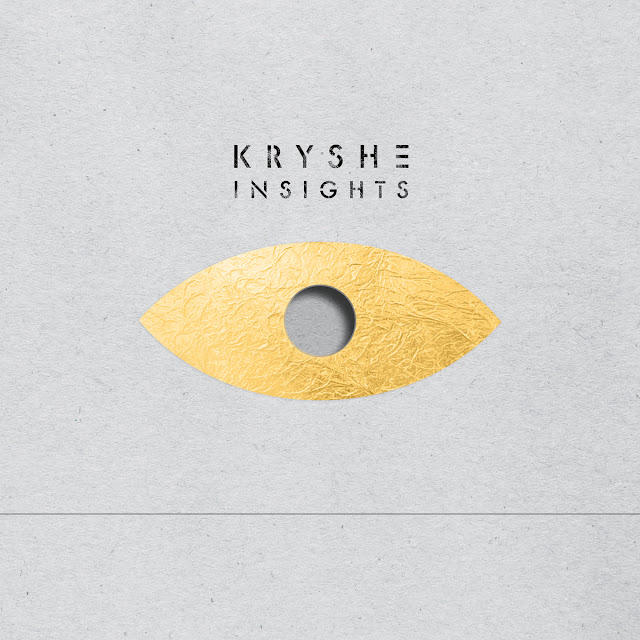 „Insights“ is the name of the second album by musician Christian Grothe, who makes music under the name of „Kryshe“. The release’s seven tracks with plain titles like „A Journey“, „Source“ or „Salutation“ invite the listener to get all introspective and explore their inner world. In the process of listening one feels like the compositions are born out of themselves at the very moment of perception.

Unobstrusive yet with a certain grandeur piano, harmonium, and other instruments show up; they were partly transformed by the means of guitar effects. The clear flute and clarinet of Shabnam Parvaresh and the pure classical voice of Tabea Mangelsdorf appear as guests. An attentively articulated trumpet floats like trails of sheer fabric through a zen-like space that here and there concentrates to curious emotions. Kryshe’s own voice on „Come“ is a perfect expression of the seeker.

„Insights“ creates a still feeling in the listener and invites to watch and listen intently. You might feel as if this music decribes a way of perceiving - rather than the perceiver themselves or their perceived objects.

The wide spaciousness and lightness of Kryshe’s sound conveys clarity and speaks volumes without needing much volume. 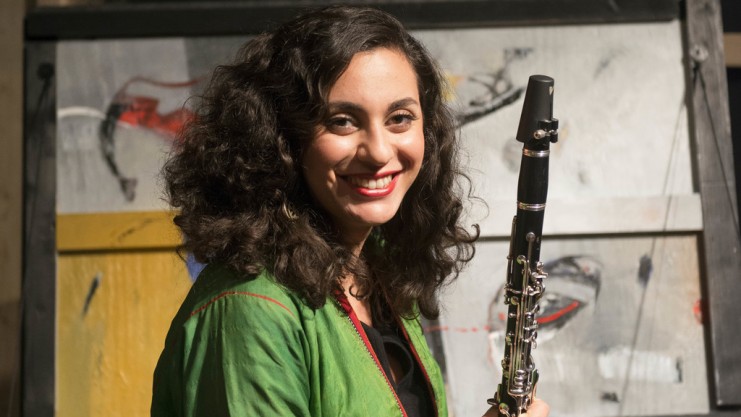 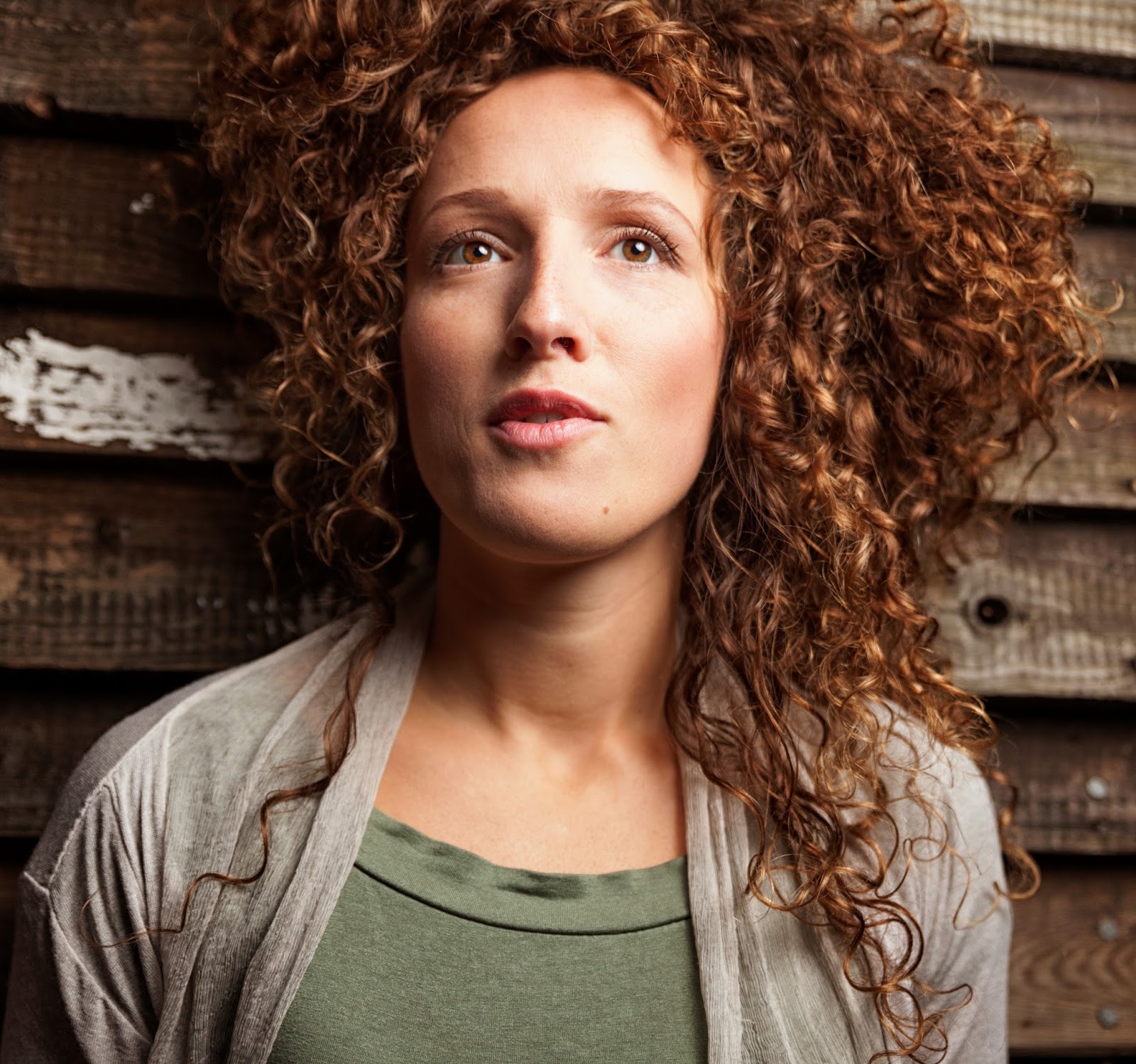 Shabnam Parvaresh: Clarinet, Flute on „Insights“ and „Source“
Tabea Mangelsdorf: Vocals on „The Journey Goes On“ and „Salutation“ 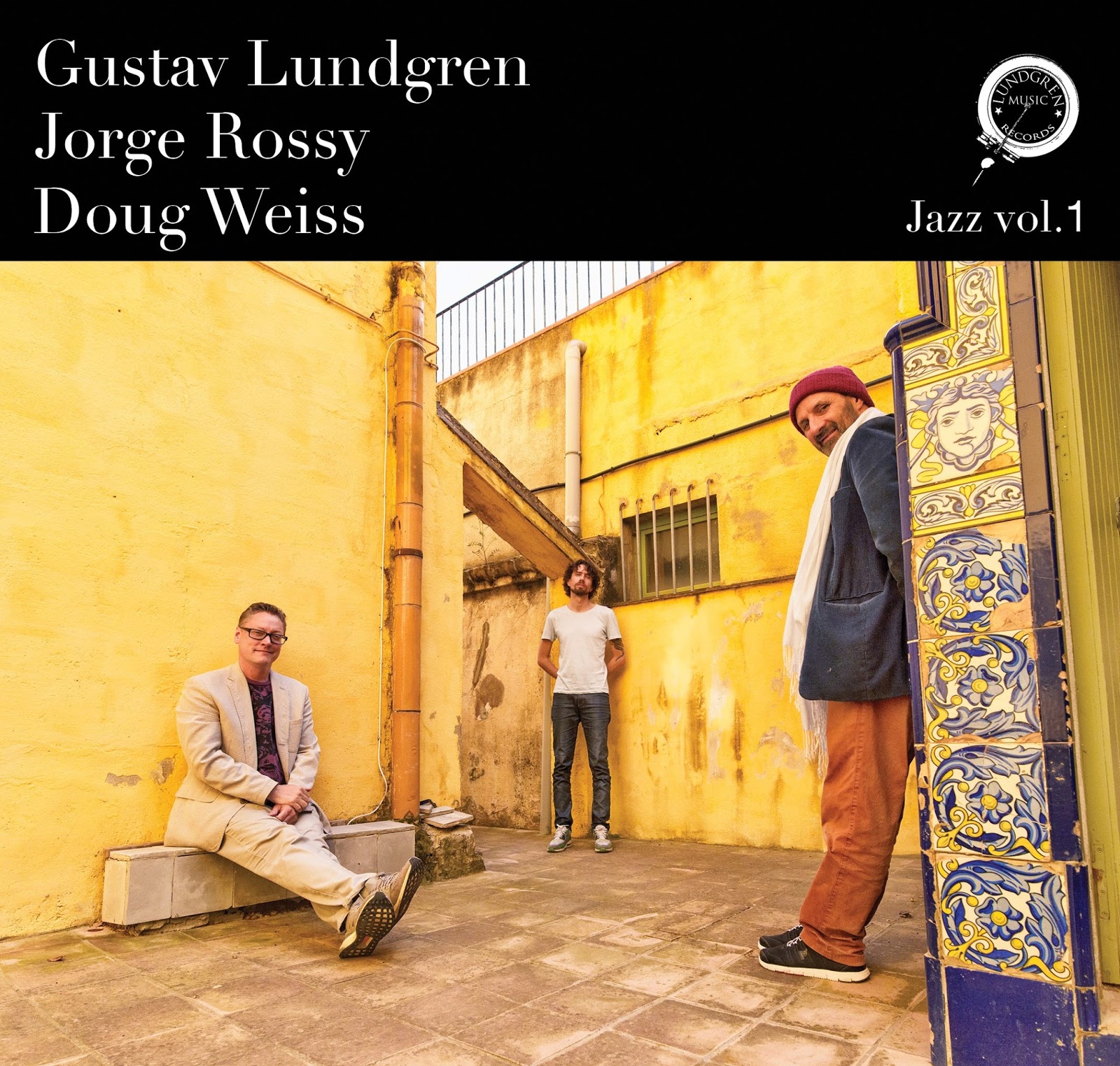 Gustav Lundgren is one of Sweden's most prominent jazz guitarists right now. He was born in Stockholm 1980, started to play guitar at age 12. He studied music in Stockholm, Bollnäs and Svalöv between 1996-2000. Gustav started to play at clubs around Stockholm at age 16 and made his first tour to Spain with his own trio at age 19. Between 2000-2012 Gustav toured Japan, USA, Indonesia, England, Brazil, France, Syria, Turkey, Scotland, Slovakia, Spain, Italy, Algeria, Latvia, Switzerland, Austria, Moldova, Ukraine, Transnistria, Germany, Sweden, Denmark, Norway & Finland with different jazz groups. He has recorded over 55 albums as a side man and 15 as a leader. Gustav Lundgren has been working with names like: Jimmy Rosenberg, Jorge Rossy, Doug Weiss, Antoine Boyer, Lelo Nika, Dorado Schmitt, The Swedish House Mafia, Kleerup, September & Anne Sofie von Otter.

Gustav Lundgren is well known within Jazz, Gypsy Swing and House. He has also composed & recorded music for TV commercials (MTV, TV4) and produced albums for artists like Jelena Jakubovitch, Lili Araujo, Luiz Murá, Stockholm Swing All Stars, Celia Mur and Hot Club de Suede. Gustav has performed in both TV and Radio in many different countries including the USA.

In 2004 Gustav was honored with his own signature guitar model from AJL-Guitars.
In 2005 he received the Louis Armstrong Scholarship.

In 2015 he received the Albin Hagström Scholarship and the Second Line Jazzband Scholarship. 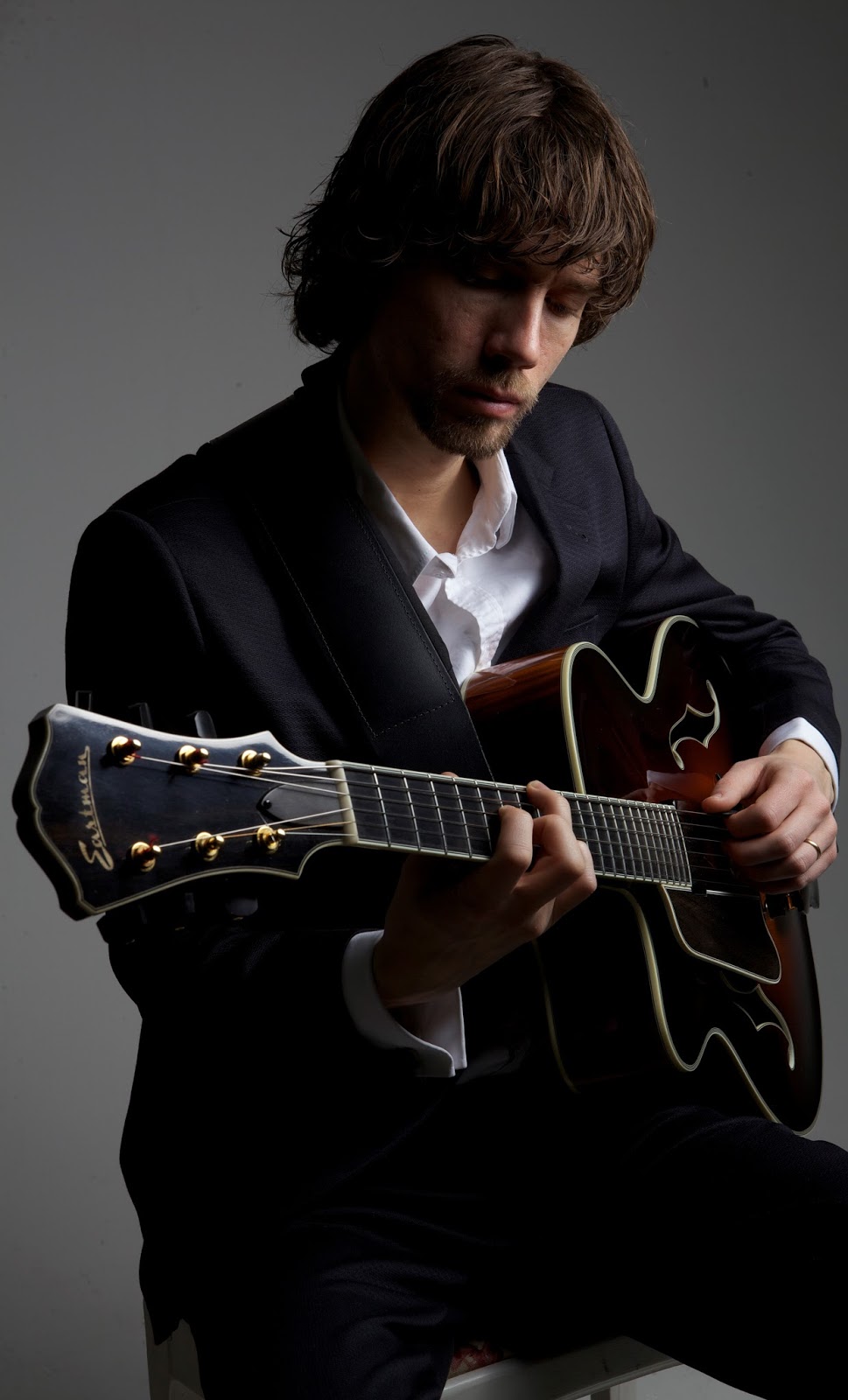 "Gustav Lundgren is a world class guitarist who is creating his own swinging approach to music, combining elements from the masters with his unique sound, lines and technique.  Keep your ears on the north, Sweden has a gem up there named Gustav Lundgren! "
/ Jonathan Kreisberg

"Last year I had the pleasure of playing some gigs with Gustav Lundgren and enjoyed a lot his beautiful tone, great sense of rhythm and original compositions, he is a great guitar player with a very soulful aproach to music and I hope we can play together again soon."
/ Jorge Rossy

"8 Venues is a wonderful CD that displays Gustav Lundgren´s skill as a composer and guitar player. As a guitarist, his sense of melody and harmonic ideas reflects the sophistication of his musical voice and technique."
/ Just Jazz Guitar"

"Gustav Lundgren, one of our best guitarists"
/ Swedish TV4

"He is a complete musician in absolute world-class."
/ Smålandposten

"Lundgren’s fretwork is fast but sure at a tempo that would tie most players’ fingers into knots."
/ Vintage Guitar Magazine

“One of the best guitar players in Europe”
/ Stina Pettersson - Commersen

"It’s almost impossible not to love this music."
/ Norra västerbotten 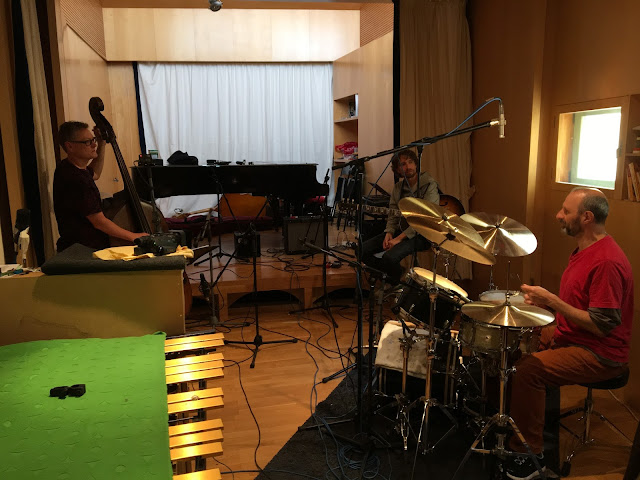 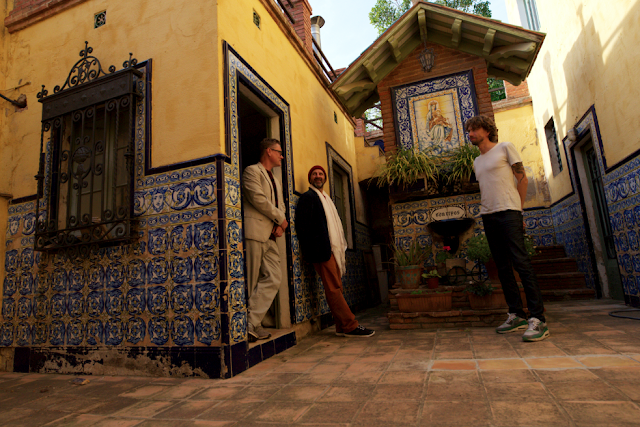 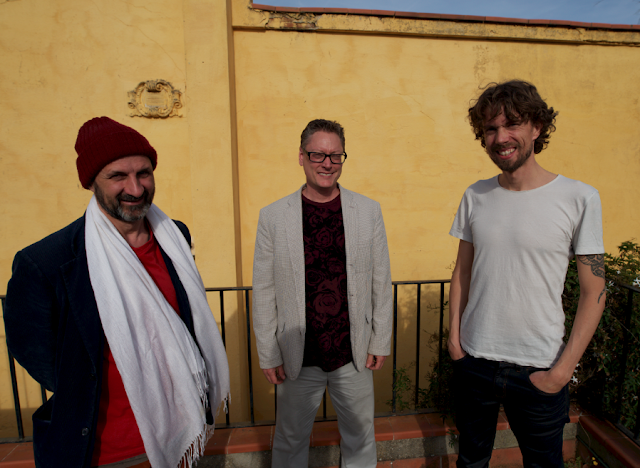 1. Invitation (Bronisław Kaper)
2. All The Things You Are (Jerome Kern)
3. On Green Dolphin Street (Bronisław Kaper)
4. How About You? (Burton Lane)
5. Gone With The Wind (Allie Wrubel)
6. Triste (Antônio Carlos Jobim)
7. They Say It's Wonderful (Irving Berlin)
8. Where Are You? (Jimmy McHugh) 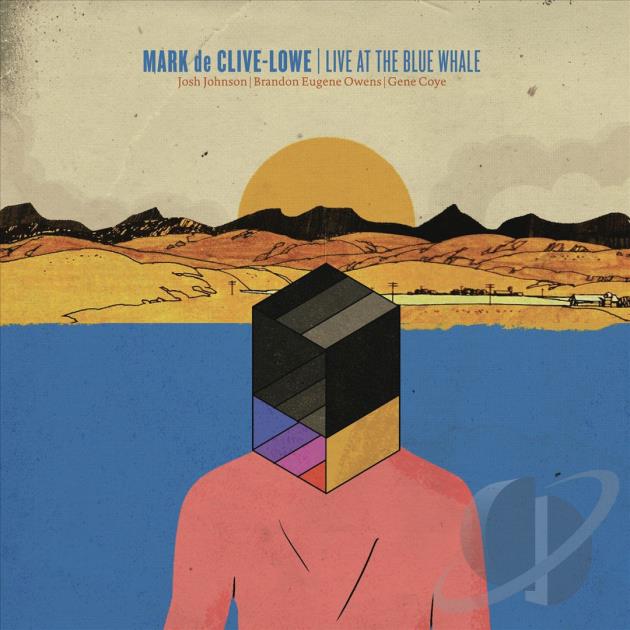 The instrumental EP opens with an original composition, 'Evergreen'. Solo piano sets the mood as the composition evolves into a head-nodding, beat-driven journey of improvisational conversation. As the music progresses, we hear MdCL programming beats and electronics live and on the spot – manipulating and sampling his own piano, keyboards and Johnson's sax – creating a musical palimpsest inspired by hip hop's sampling aesthetic. Only here, the samples are all organic - performed, captured and manipulated completely on the fly.

The following tracks pay homage to three of MdCL's heroes – Yusef Lateef firstly on the loping 'L+H' – inspired by Yusef's 'Love + Humor' with Owens and Coye underpinning the groove while MdCL and Johnson play and become live samples themselves. Sun Ra gets honored the EP's centerpiece – an 11 minute exploration of his composition 'The Golden Lady' – once again, MdCL's piano is the central focus here, leading the way through a mystically evocative soundscape that reimagines the great master. Johnson switches to flute here bringing his playfulness and musical guile to the mix with the piece culminating in an intoxicating blend of beats, live samples and acoustic band. We close out with an interlude of Ahmad Jamal's 'Swahililand' – most famously sampled for De La Soul's 'Stakes is High' by iconic producer J Dilla.

It's a real treat to hear MdCL and band in full-­flight live show mode with none of the safety nets of studio production. Live at the Blue Whale hints at what's more to come from a truly individual musician. 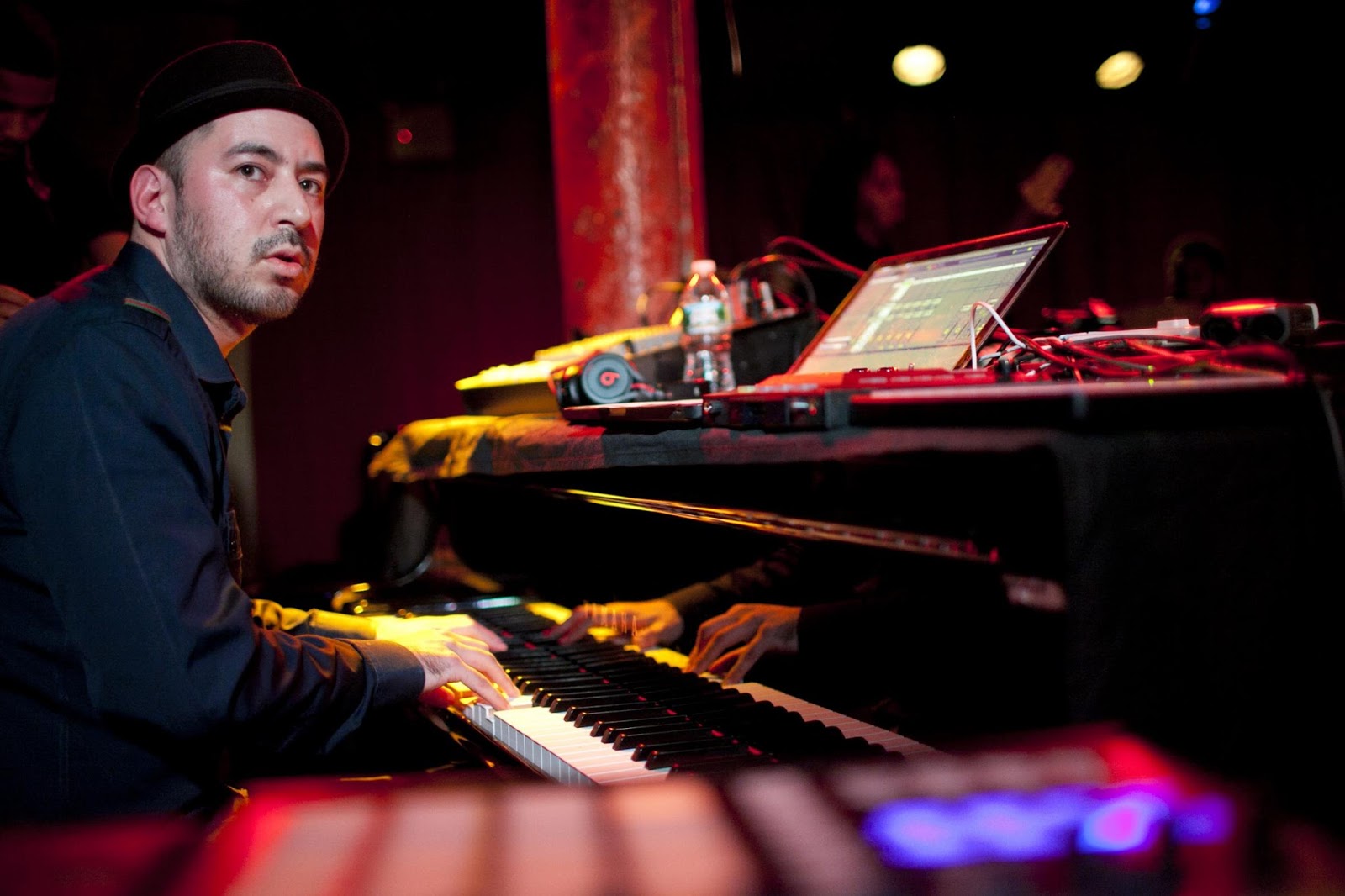 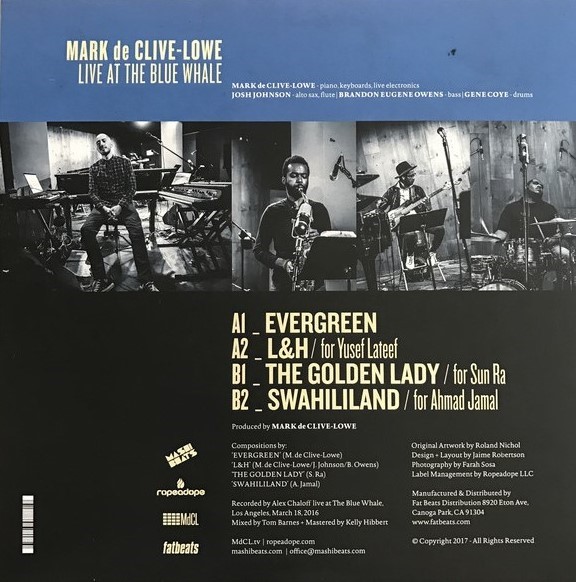 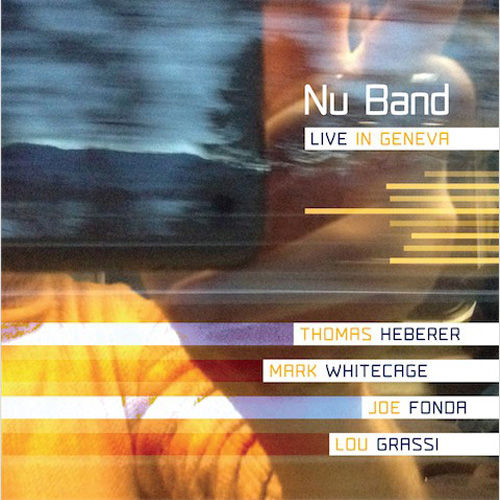 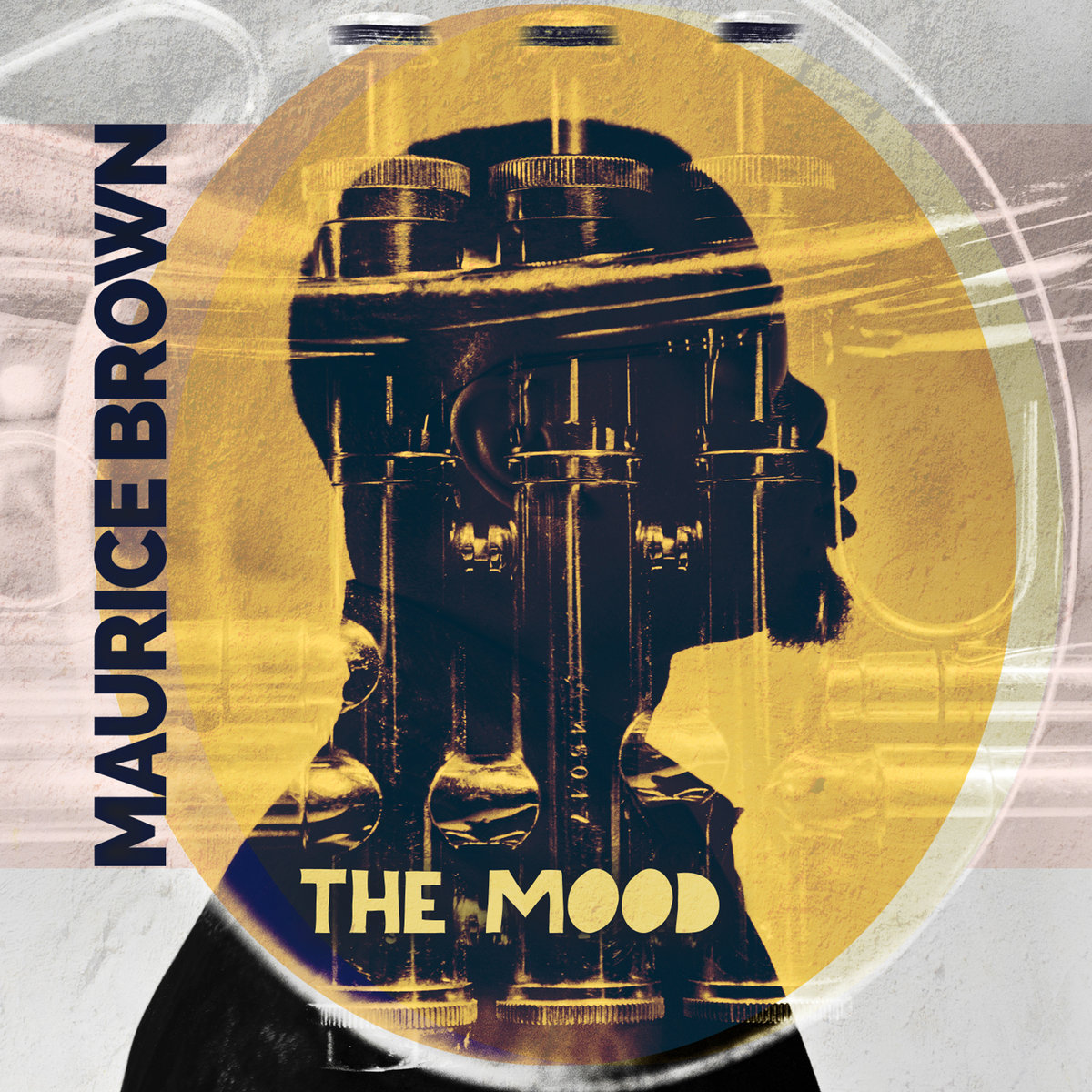 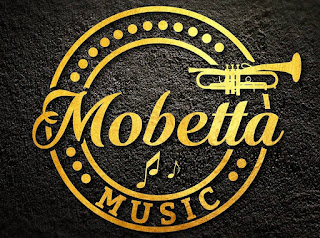 Maurice “Mobetta” Brown’s talent orbits him simultaneously through three worlds: contemporary jazz, blues-rock and cutting edge hip hop. He’s a mastermind as a trumpeter, composer, arranger, and producer. When Maurice picks up his horn, his soulful melodies soar into a rarefied space that uniquely marries be-bop to hip-hop and rock, producing his own distinctive sound.

Brown displayed an affinity for the trumpet at a young age as he won the national Miles Davis Trumpet Competition and studied under legendary clarinetist Alvin Batiste. His critically acclaimed debut album “HIP TO BOP”, recorded in New Orleans, foreshadowed Brown’s unique talent for creating fresh bop-inflected jazz. Yet, Hurricane Katrina’s devastation didn’t spare Maurice and he took his talent to Brooklyn.

His follow-up album, THE CYCLE OF LOVE garnered significant praise; Huffington Post and NPR named it one of the best records of the year. Brown further embraced his be-bop roots with hip-hop hooks; it also lays raw his dogged insistence on charting his own musical course, bred by the rare success of his debut album and a life uprooted post-Katrina. 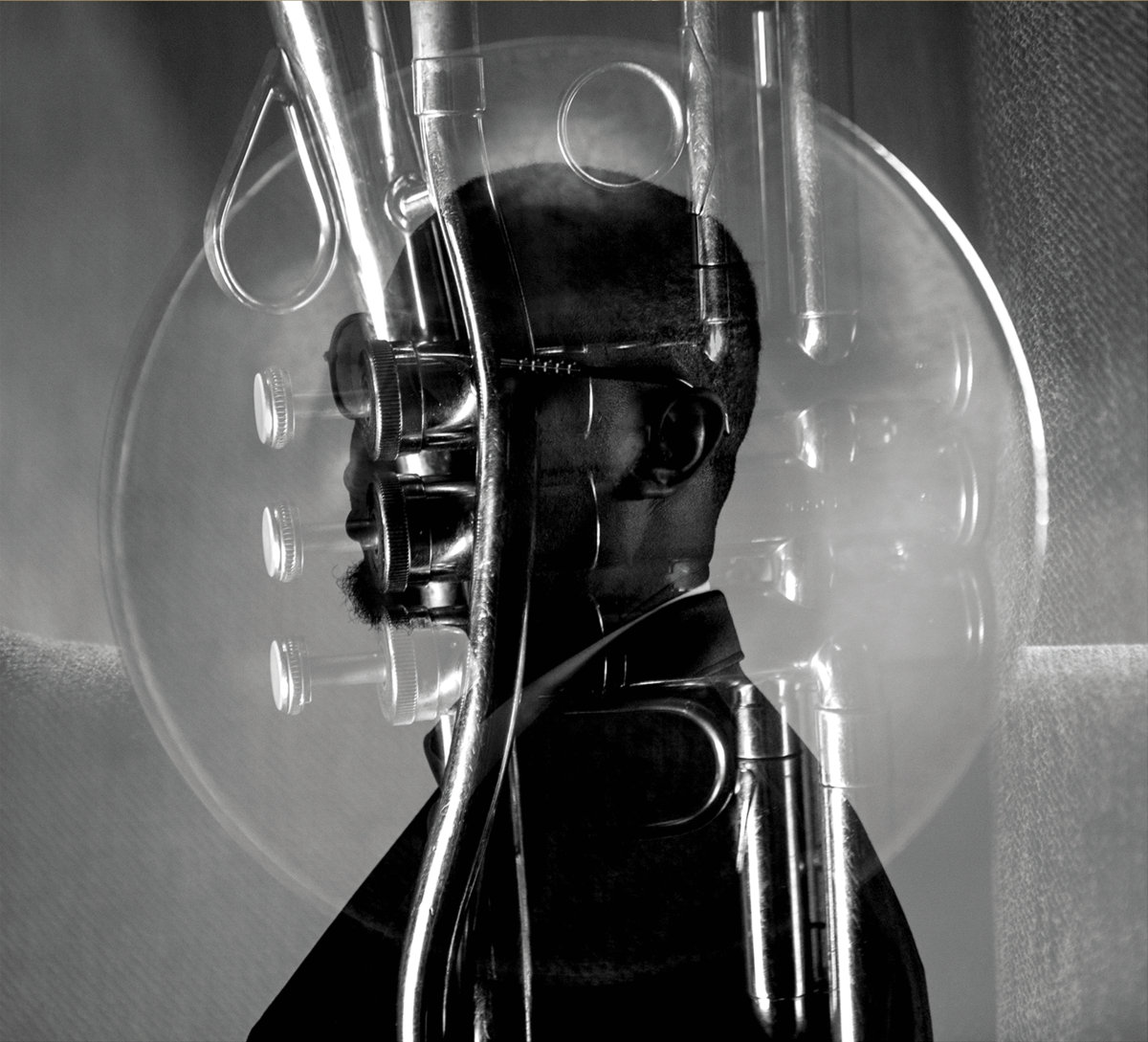 Maurice was invited to join the newly formed Tedeschi-Trucks Band. He created the horn arrangements on TTB’s debut album, “Revelator” which won a 2012 Grammy for Best Blues Album. Brown’s trumpet was a wailing counterpoint to Derek Truck’s searing guitar wizardry.

Brown’s immersion into hip hop as musician/MC/producer culminated in the 2014 release of “MAURICE vs. MOBETTA” (Brown Records). This groundbreaking alter-ego album remixed original horn parts with newly recorded hip hop beats. Brown’s jazz roots are cultivated here through the lens of a hip hop perspective. Talib Kweli, Prodigy and Jean Grae’s spitting rhymes are met by Mobetta’s own, while his trumpet circles muscularly throughout every track.

Constant evolution drives him. His intuitive vision lights a fire under traditional jazz, adds sonic brass to rock n' roll and pushes the production tip in hip-hop. Having recently severed ties with TTB, Maurice “Mobetta” Brown is again charting his own musical path. The years release of album tracks he produced for Talib Kweli, Omar, and Prodigy will make 2017 a long, hot burn. His new album, “THE MOOD” is set to be released March 10, 2017. (Mobetta Music) 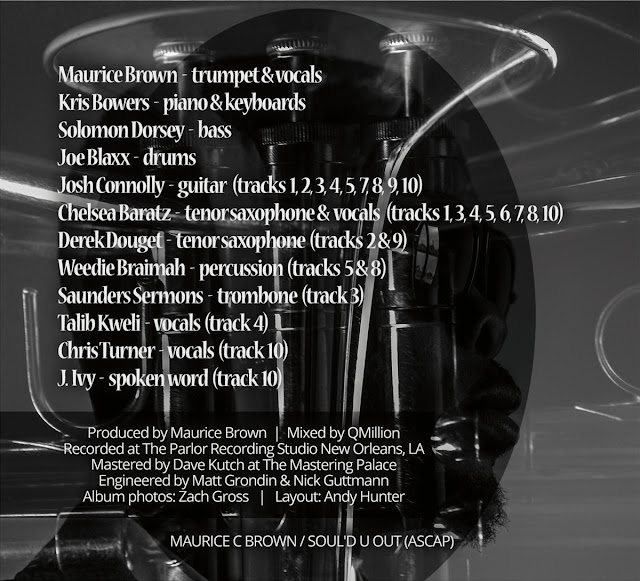 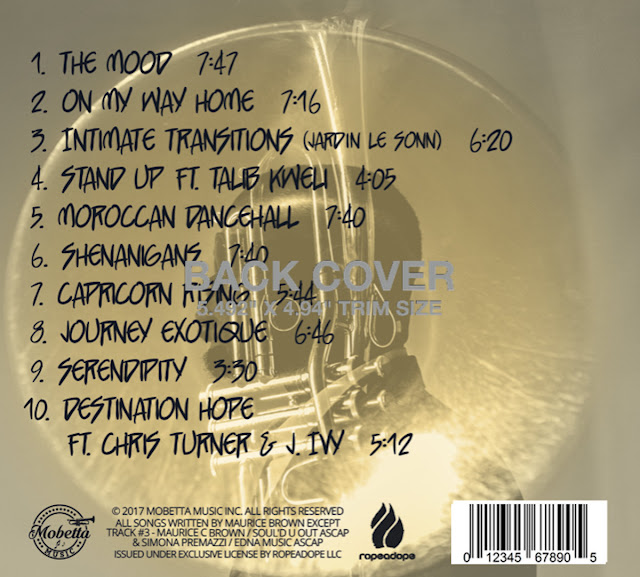 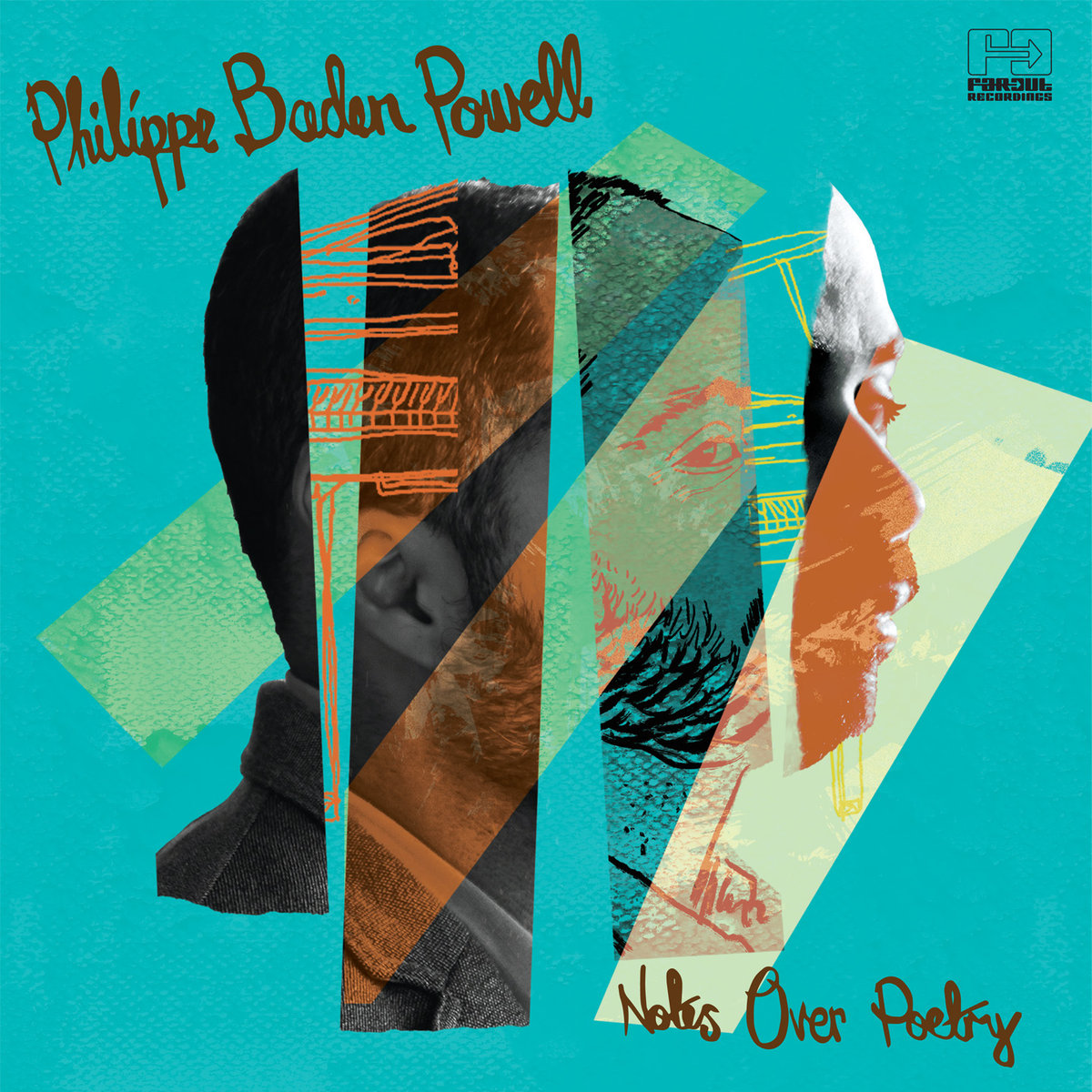 Philippe is the son of Brazilian musical legend Baden Powell de Aquino, and is reinventing Brazilian jazz in the lineage of his father’s generation. Balancing the classical with the spiritual, the cinematic with the introspective, and sensitivity with a distinctly Brazilian groove, Notes Over Poetry calls upon the inspiration of the many musical and artistic greats Baden Powell has been surrounded by throughout his life.

“The great Brazilian poet and old family friend, Vinicius de Moraes used to say that ‘life is the art of encounter’, and that is what this album is about.” A nomadic upbringing - moving between Rio, Paris and the coincidentally named German city of Baden-Baden, as well as touring internationally alongside his father and brother, provided boundless encounters with inspirational figures. Touring also gave Philippe Baden Powell his first taste of life in the spotlight: recorded when he was just thirteen, a sold out show alongside his father and brother at Sala Cecília Meireles in Rio De Janeiro, would become the 1996 album Baden Powell & Filhos.

To his father, Philippe attributes key characteristics which have enriched and guided him in his professional life: “He transmitted to me the passion and commitment indispensable to any artist.” With his father he also shares an innate pull towards collaboration as key to the creative process. “I can’t remember a time making music just by myself, I’ve always felt like a kid with toys waiting for friends to come and play.” Credit is indeed due to the musicians on the album, many of whom are legendary artists in their own right: French jazz drummer André Ceccarelli, who has worked with everyone from Aretha Franklin to Michel Legrande; prolific Belgian jazz vocalist David Linx; and Afro-Brazilian percussion master Ruca Rebordão. 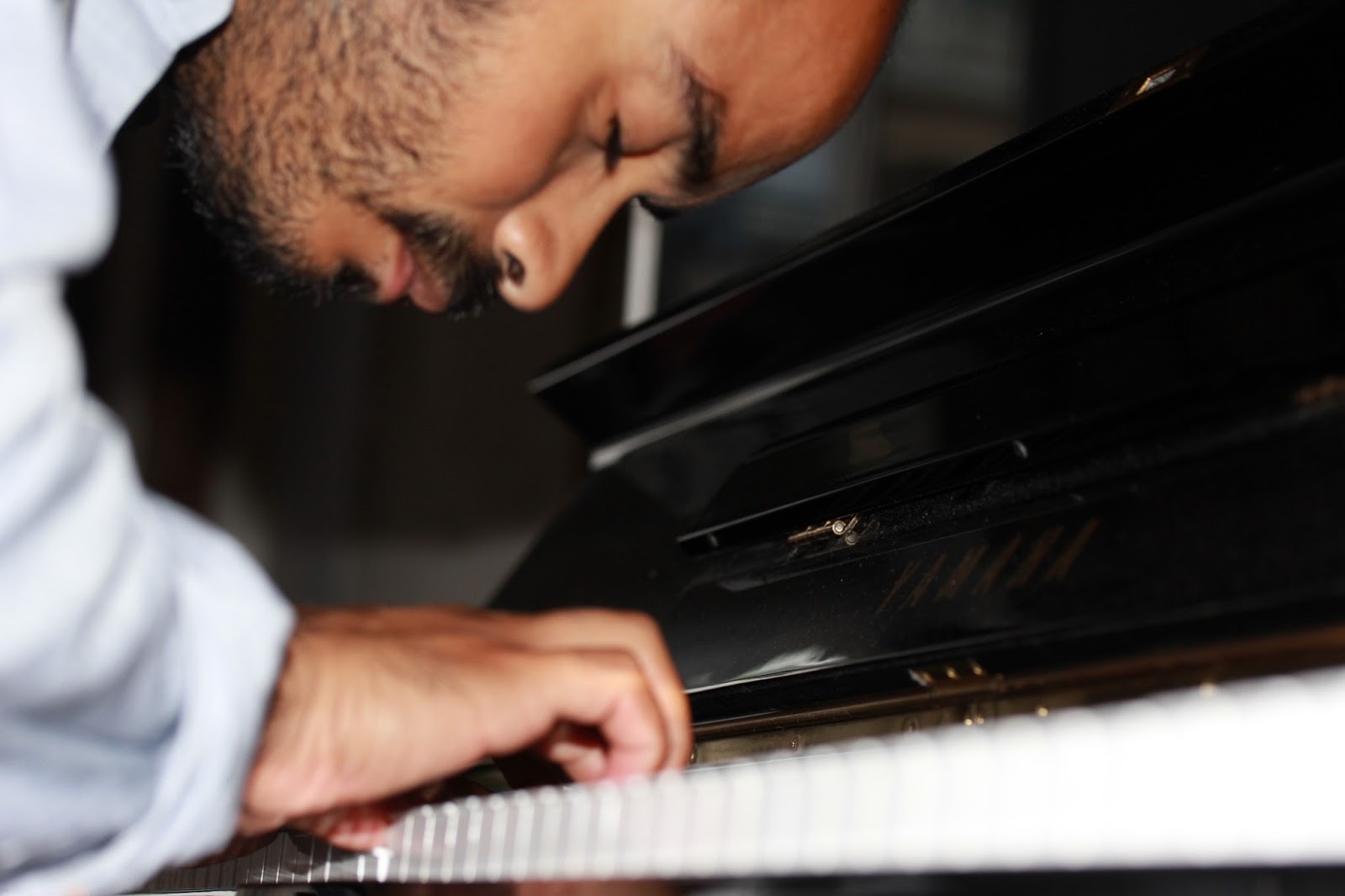