Saxman Lucas Pino's That's A Computer out Oct. 19 via Outside In Music 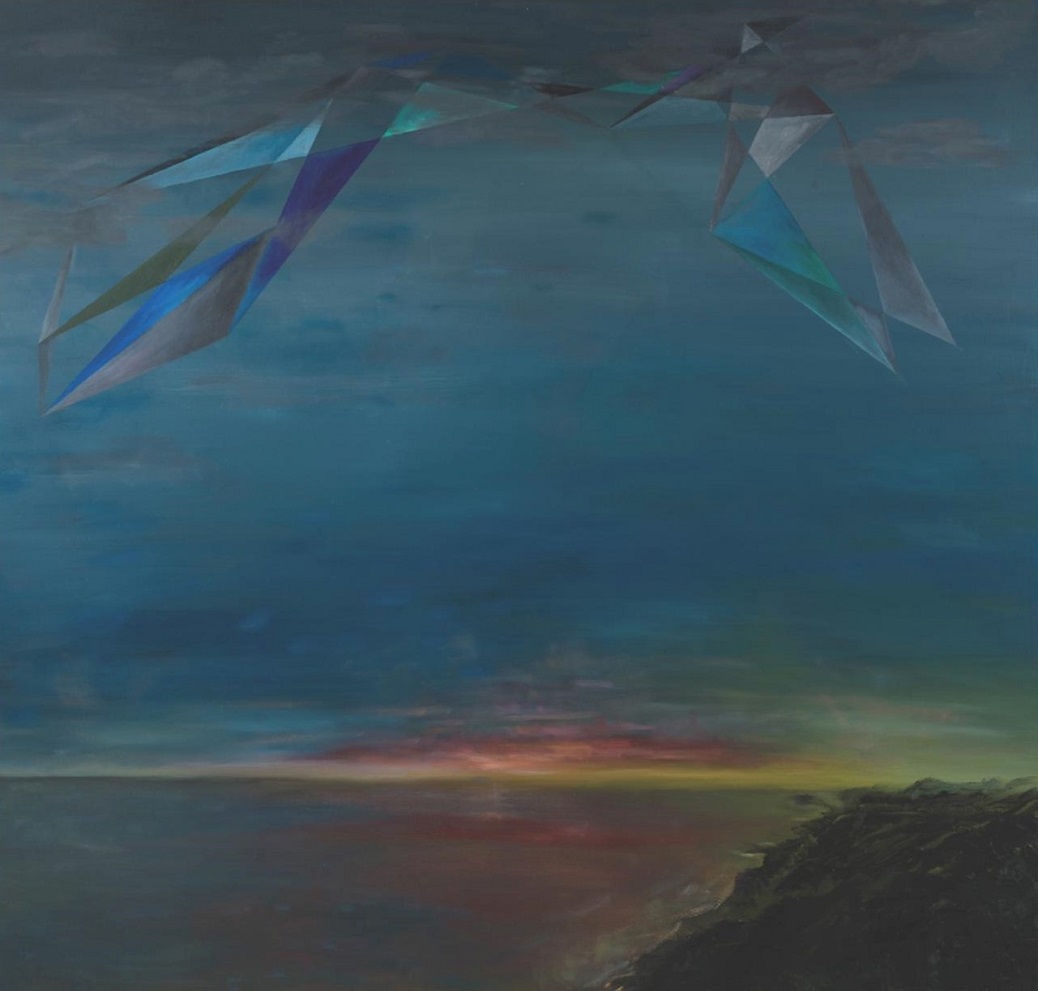 That’s a Computer, out October 19, 2018 via Outside In Music, wears the derisive words of a
musical idol as a badge of honor, with spirited and virtuosic playing by Pino’s
long-running ensemble and guest vocalist Camila Meza

“It’s a pleasure to hear groups such as Lucas Pino's No Net Nonet, which are remarkably creative even as
they adhere to the basic precepts of melody, harmony and rhythm.”
– Jack Bowers, All About Jazz

“Cleverly arranged tunes that mix Mingusy grooves and harmonies and [swing] like a bopper in the process.”
– George W. Harris, Jazz Weekly

“Pino shows himself to be an inventive melodic thinker.”
– Shaun Brady, DownBeat 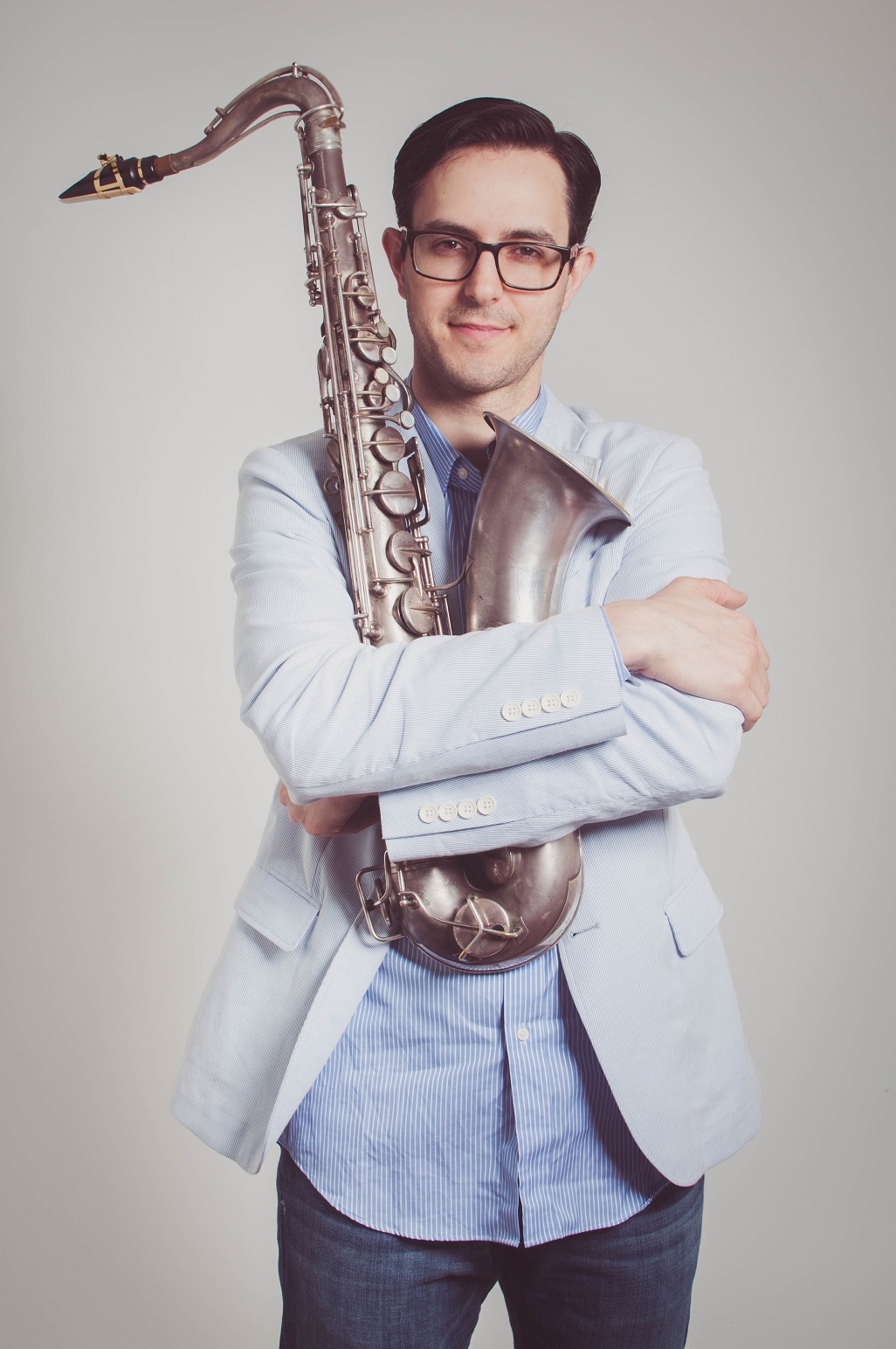 There's an age-old debate in jazz that pits heart versus head, contrasting emotion and feeling against technical virtuosity and compositional complexity. On That's a Computer, the third release from saxophonist/composer Lucas Pino and his No Net Nonet, the argument is put to rest with a resounding "BOTH." The hairpin twists of the album's seven compositions, contributed by Pino, his bandmates, and an unsung, anonymous video game composer, draw ferociously swinging, pulse-racing performances from the gifted nine-piece ensemble that are as moving for the soul as they are daunting for the brain.

That's a Computer, due out October 19, 2018 via Outside In Music, takes its title from a comment made by one of Pino's professors at the Juilliard School. The teacher, himself a respected instrumentalist and revered jazz veteran, dismissed the work of one of Pino's idols with those three sneering words. At least it put the young saxophonist in good company - the same professor had derided Pino's own playing in similar terms, despite never sharing his wisdom with Pino directly.

"It's like they say, you never want to meet your heroes," Pino says. "I never even met this professor, but he would apparently hear me play at school concerts and always infer that I had a lot of brains but not a lot of heart. He never addressed me, never introduced himself, apparently had no interest in trying to help me with whatever deficiencies he thought I had, which has been a piece of sand in my clamshell for years. So I wanted to turn it around and make it a self-affirmation." 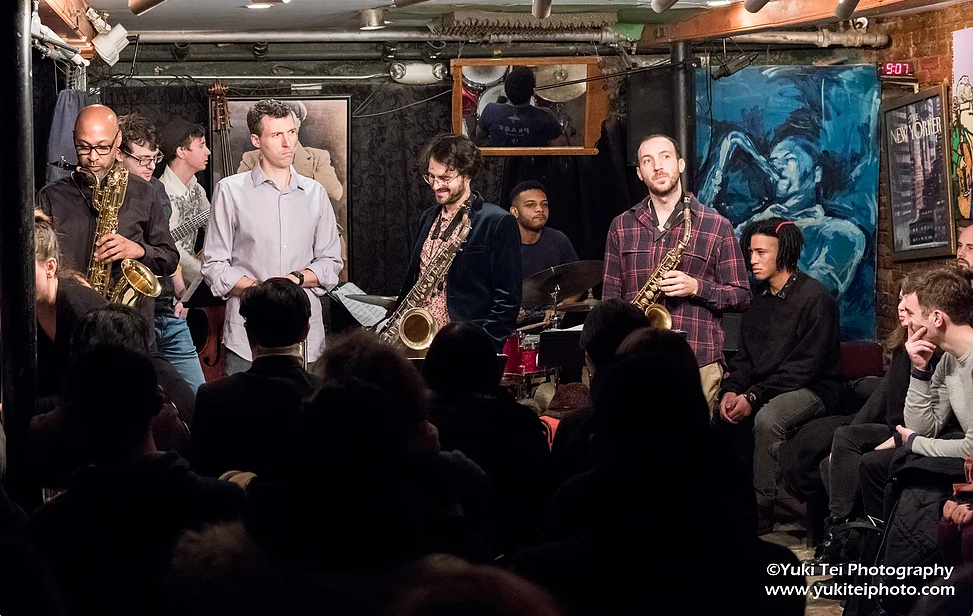 One listen to Alex LoRe's jubilant, soaring "Antiquity" or the tender, romantic "Film at 11" and there's no mistaking the music of That's a Computer for the work of some unfeeling automaton. The title thus becomes a winking challenge, a musical Turing test that dares listeners to stay unmoved by the impassioned playing even as the music veers into greater complexity. That even applies to the one piece that does trace its origins to a box of circuits, "Baseball Simulator 1000," the theme song for a vintage Nintendo game that wormed its way into Pino's ears during countless hours playing America's virtual pastime with a few of his roommates. It makes for a surprisingly spirited finale.

The close ties that the band's members have forged since initially coming together in 2009 were honed by a continuous five-year monthly residency at Smalls Jazz Club and are exemplified by Pino's playful "Horse of a Different Color." Named for the shade-shifting Technicolor beast of burden from The Wizard of Oz, the piece is a portrait of the composer's bandmates in collage. Setting out to write a blues to showcase their talents, he contacted each of the soloists and asked their favorite keys to solo over. The end result cycles through their choices, shining the spotlight on each member in turn.

The heart-wrenching "Film at 11" suggests a tragedy played for ratings on the nightly news but in fact traces the progress of a date, delicately capturing the nervousness, anticipation and thrill of newfound romance. "Look Into My Eyes" is a love letter to the Arizona native's fellow New Yorkers, a plea for eye contact and human connection in a city better known for impersonal brusqueness and unflagging pace. "You can feel completely alone on a subway car packed with people," Pino says, "and there's something wrong with that. Looking somebody else in the eyes can be an invitation to interact, and New Yorkers often don't have the time or patience for that. That can create a caustic environment, and I think that every once in a while if we just acknowledged each other's humanity it would make living in the city a little bit easier." 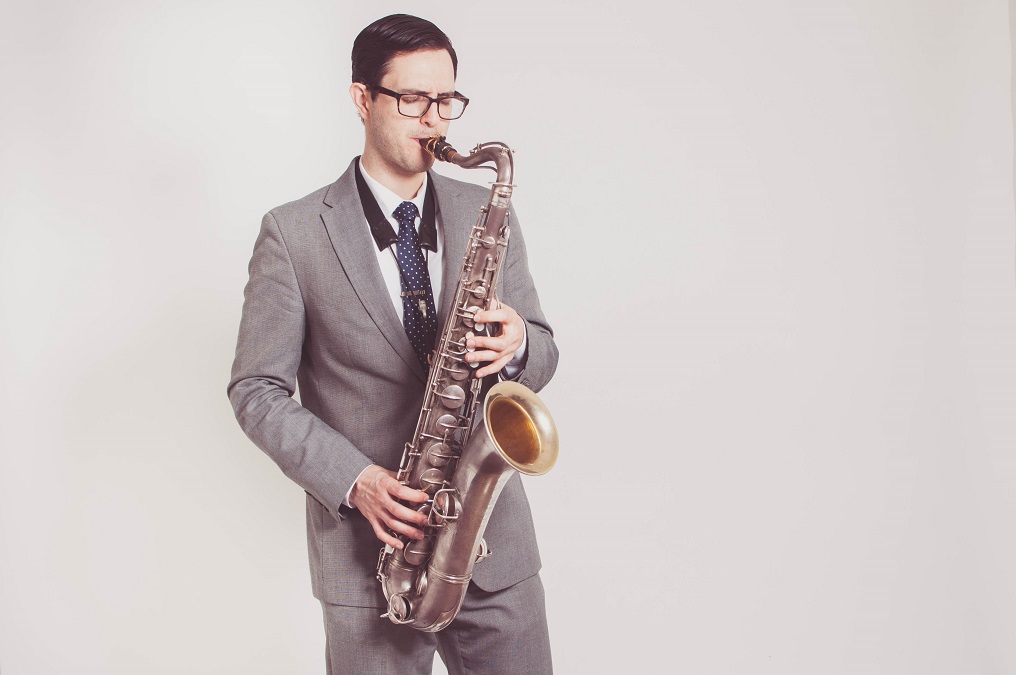 Ultimately, if albums like That's a Computer are the result of a negative experience with a musical hero, perhaps the bad blood is worth it. Pino laughs at the experience now and admits to enjoying the drama, though he has learned a personal as well as a musical lesson from the ordeal.

"When you grow up listening to somebody and really appreciate their artistry it's disappointing to encounter them and have the experience to turn out nasty," Pino says. "I think being dismissive is probably harming the dismisser more than the dismissed. I never want to be callous or indifferent to new ideas, new people or new ways of playing. It's like improv comedy: the first rule is to always say 'Yes' and build from there. Don't be afraid; no fear." And no net. 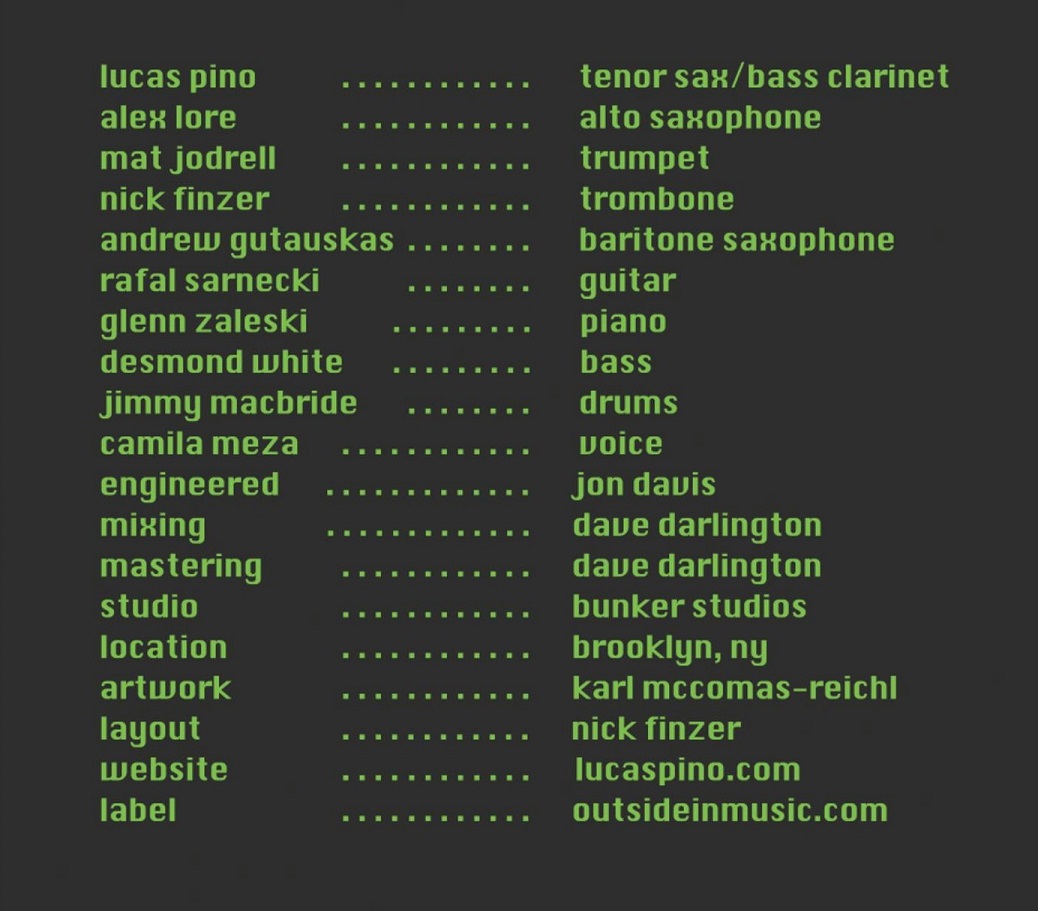 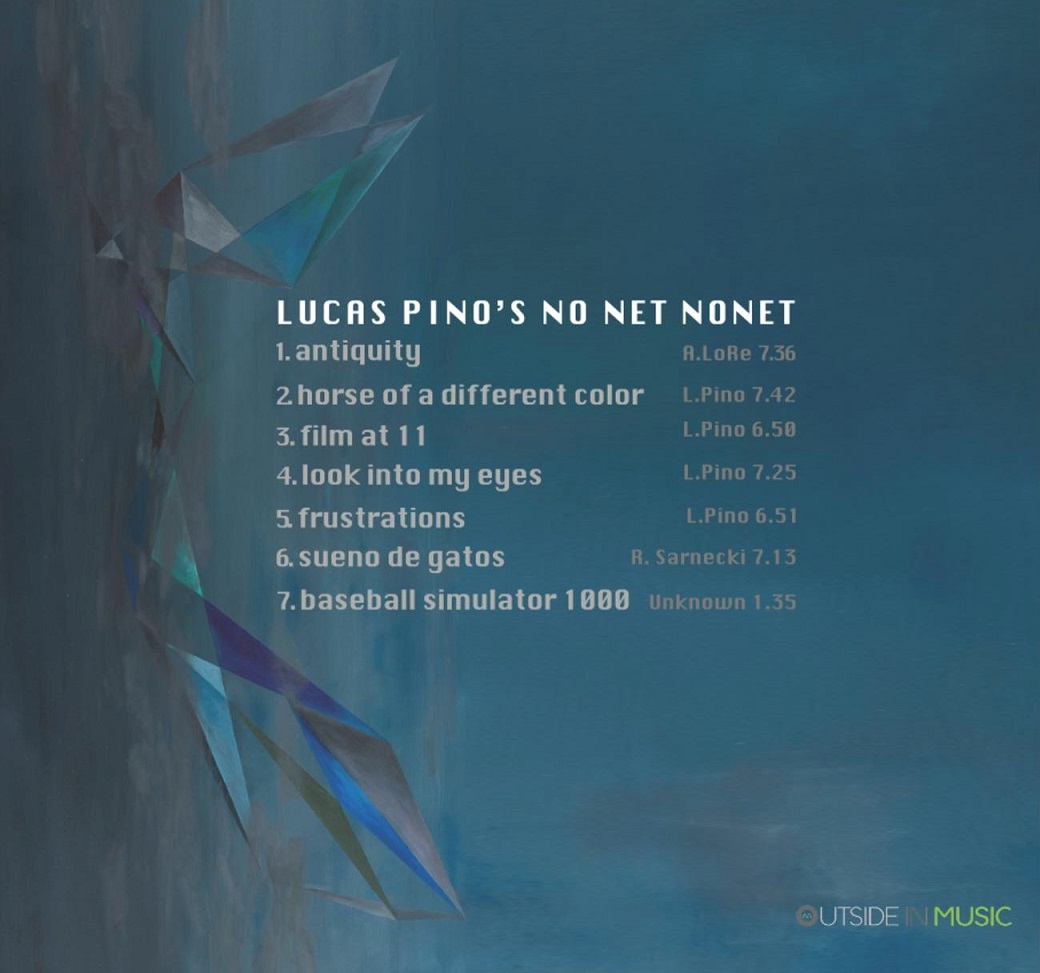