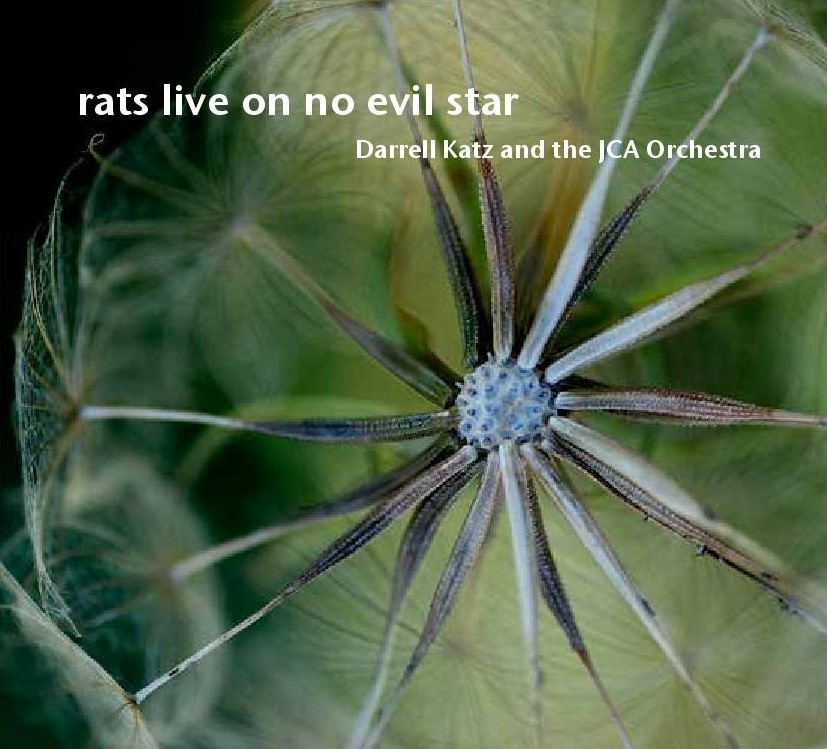 “A distinguished jazz composer, Katz marches to his own drummer …” — Michael Ullman, ArtsFuse

Katz excels at composing for voice and at penning music that reinforces the meaning of the words. Just listen to “Windfall Lemons” as the melody seamlessly follows the stresses in a poem written by the late Paula Tatarunis. The harmonious pairing of music and words sounds unforced and the melody seems to flow naturally out of the words. Tatarunis’s poetry frequently betrays an understated sense of humor, which the music also captures, as in “To an Angel,” which features a kind of musical pun. When the poem describes a selfless caregiver as a “drone,” meaning an anonymous worker, Shrimpton and the instrumentalists briefly play a musical drone. Vocalist Shrimpton is a big part of the music’s success. With her articulation and sense of timing, her unfailingly insightful use color, texture, and inflection, she conveys the meaning of the words and the contours of the melodies with feeling and intelligence.

“I am always trying to make the melody and words be unified,” Katz says. “I am very much trying to put the poetry across, always looking for what seems like a good fit. I really want the listener to pay attention to the words, and I want the music to help them. But it’s hard to describe, a lot of it is intuitive. A lot of meaning and feeling is rather abstract, but it’s what I’m looking to match.”

The album opens with the title track, a revision of a commissioned composition Katz wrote 31 years ago for Marimolin, a violin and marimba duo. It serves as an excellent introduction to the composer’s ability to absorb a multitude of colors, textures, and tempos into writing that is melodically appealing and imaginatively orchestrated. Although Marimolin was a classical duo, the new version of the tune features violinist Helen Sherrah-Davies and marimba player Vessela Stoyanova, both excellent improvisers, allowing Katz to integrate the instruments into the music in ways he couldn’t before. Sherrah-Davies, for instance, weaves the composition into her first solo on the title track, then later takes an accompanied solo that both stands on its own and serves as a segue into the next orchestral passage. 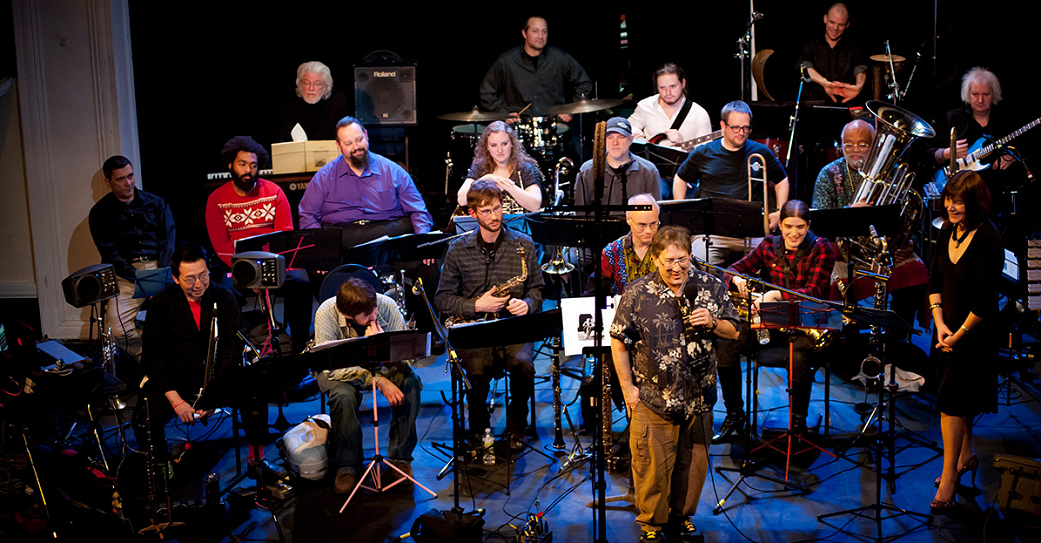 The suite that follows, “How to Clean a Sewer,” also features Sherrah-Davies and Stoyanova, along with the JCA Orchestra’s usual complement of outstanding soloists, including saxophonists Ken Field and Phil Scharff, trombonists Bob Pilkington and Dave Harris, tuba player Bill Lowe, and guitarist Norm Zocher. “Red Dog Blues,” Katz’s acerbic commentary on the current political climate in America, is a blues with a difference. Starting with the title, with its wordplay on liberal and conservative political orientations and the name of the club where Katz played early in his career, there’s a high level of lacerating verbal humor. The arrangement is artful and full of contrasting musical events, but doesn’t sacrifice visceral punch. As with all of Katz’s pieces, much happens but the music feels whole, unified.

“I strive for that,” Katz says. “I’m always trying for unity. And balance. And at the same time, I’m into having a lot of different elements. It’s all a work in progress.”

The Boston Phoenix called musician-composer-bandleader-educator Darrell Katz "one of Boston's most ambitious and provocative jazz composers." The paper could just as easily have said one of the entire jazz world’s most ambitious and provocative composers. His work with the JCAO, as documented on 10 previous CDs, shows a composer of uncommon range and broad vision, able to weave influences from every musical sphere into his own unique voice. Wheelworks, a setting of quotes attributed to Albert Einstein that Downbeat selected as one of the best CDs of 2015, was described by Jazz de Gamba as “pure and mad … Borges-like and sublime … a breathtaking eight-part invention that delights as much as it mystifies and dazzles.” Lynn René Bayley, writing in Art Music Lounge, called Jailhouse Doc with Holes in Her Socks, Katz’s 2016 release featuring a smaller ensemble, Oddsong, “one of the most fascinating jazz albums of 2016, possibly one of the finest albums I’ve heard regardless of genre.”

As director of the Jazz Composers Alliance (JCA), an organization he helped found in 1985, Katz has been a strong proponent of artist self-empowerment, providing a vehicle for forward-thinking composers to hear their works realized by some of Boston’s best musician-improvisers. The artist-run Julius Hemphill Composition Awards (1991-2001), which in its final year received 240 compositions from 28 countries, provided a means of international community building and a way for peers to acknowledge the work of their fellow composers. He has received a Massachusetts Cultural Council Artist Fellowship in composition, three Massachusetts Cultural Council Artist Fellowship finalist awards, a Jazz Fellowship Grant from the NEA, and grants from Meet the Composer, the Aaron Copland Fund, the New England Foundation For The Arts, the Artists Foundation, the National Association of Jazz Educators and three Readers Digest/ Margaret Jory copying grants, as well as a Faculty Fellowship from Berklee College of Music, where he currently teaches. 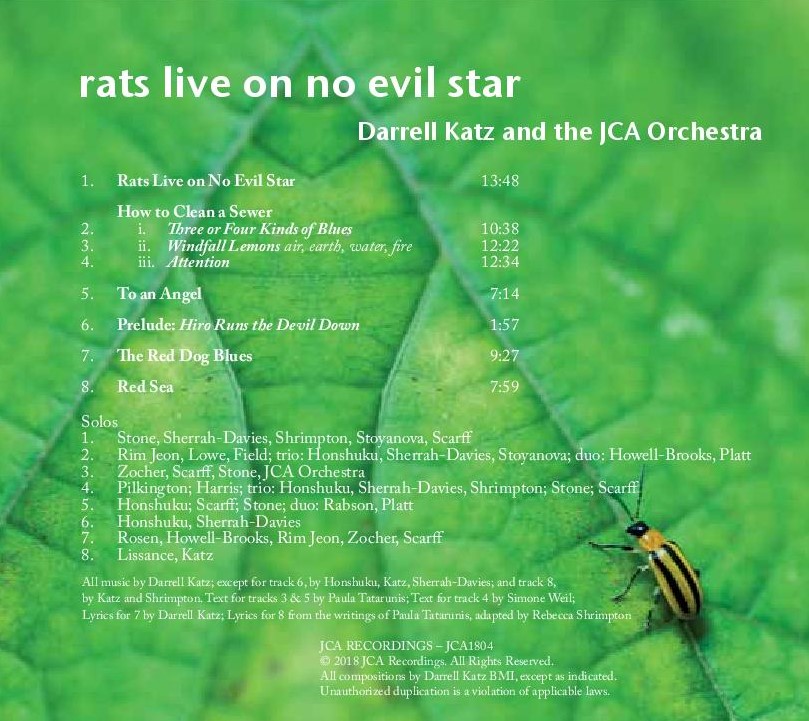