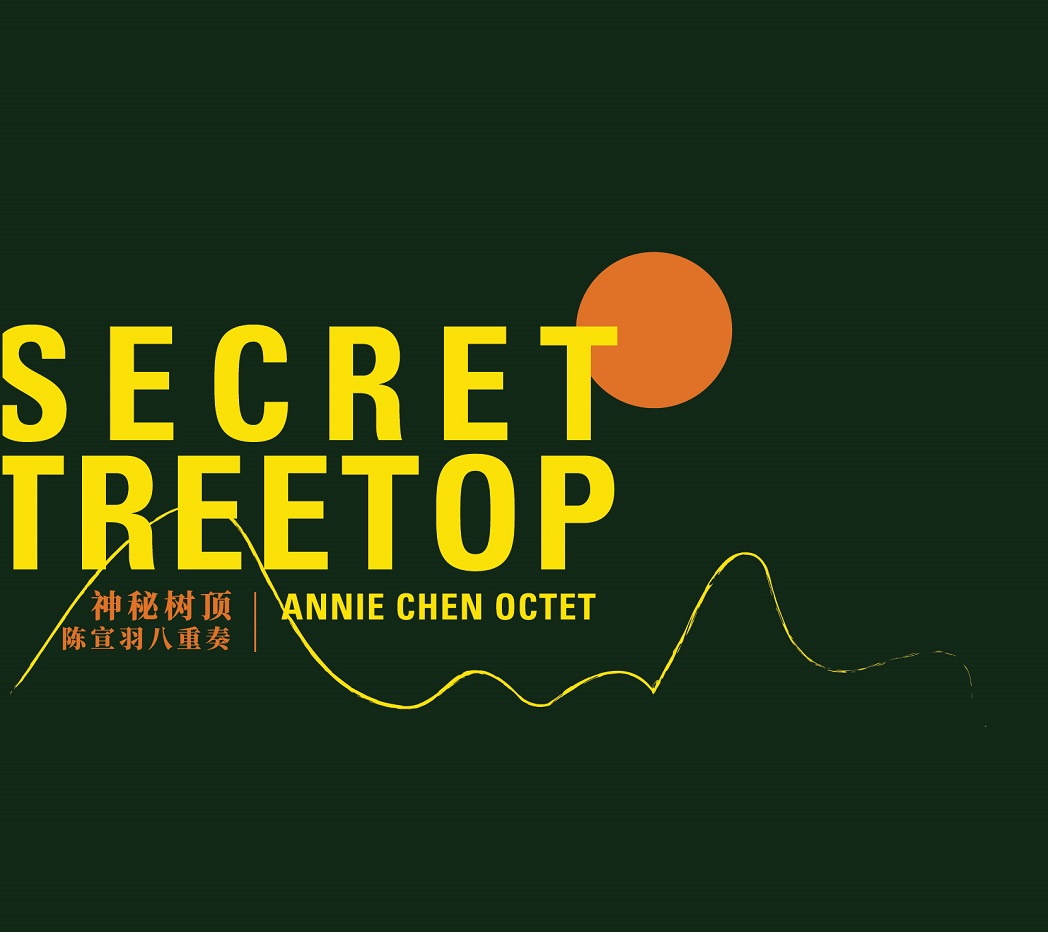 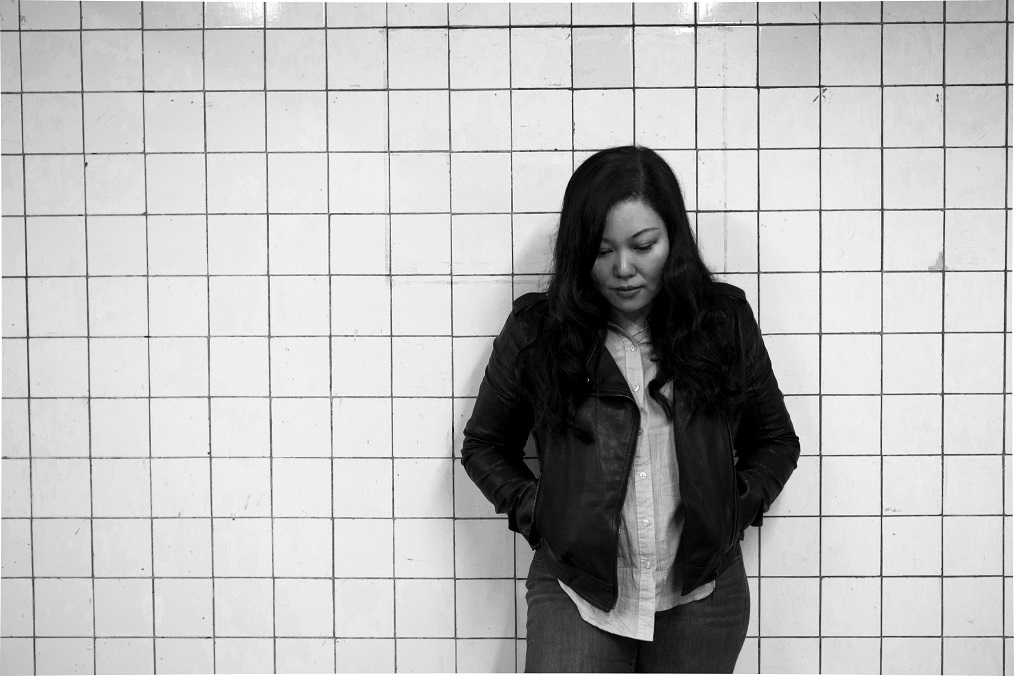 Vocalist/composer Annie Chen, born in Beijing and based in New York, is both musically and geographically international. As a child she studied classical piano but also fell in love with jazz. As an adult she became interested in traditional music from around the world. All of those influences emulsify into a unique style of Chen's own on her second album, Secret Treetop, to be released November 2, 2018 through Shanghai Audio&Video Ltd. Co.

"When you are standing at the top of the tree, you can see a much wider world," says Chen in explaining Secret Treetop's title. "It's just like that when you're making music: You need to see farther and open your mind and heart. Everything must be open."

Secret Treetop is not the beginning of Chen's journey into the wider world she mentions. Her debut recording, 2014's Pisces the Dreamer, was painted with a similar palette of world music influences. The sophomore release refreshes that palette with new sounds, many of them brought to Chen by new collaborators.

"I like to listen to a lot of different countries' traditional music," Chen says. "I have a lot of Turkish friends, and I studied with a Turkish percussionist. My guitarist [Sarnecki], who is also an arranger, is from Poland, and I was influenced a lot by the Eastern European traditional music he played for me: Polish, Croatian, Bulgarian, Czech."  Chen was also charmed by the Balkan a cappella choirs she encountered at Brooklyn's Zlatne Uste Golden Festival. They shaped her approach to the album's title track, which otherwise wears its East Asian influence on its sleeve. "I wanted to create the feeling of singing out in the open," she explains. "I'm standing on top of the tree, and I sing to the mountain."


The Turkish influence is most apparent in the whirling dervish violin and mixed-meter polyrhythms of the album-opening "Ozledim Seni" ("Miss You"). The lyrical content of the song is also evocative. "I created a scene of going back a thousand years ago to the Ottoman Empire," Chen says. "I heard so many stories from my friends about Turkish history. It's also about my Turkish friends coming to visit me, and how much I would miss them after I took them back to the airport." 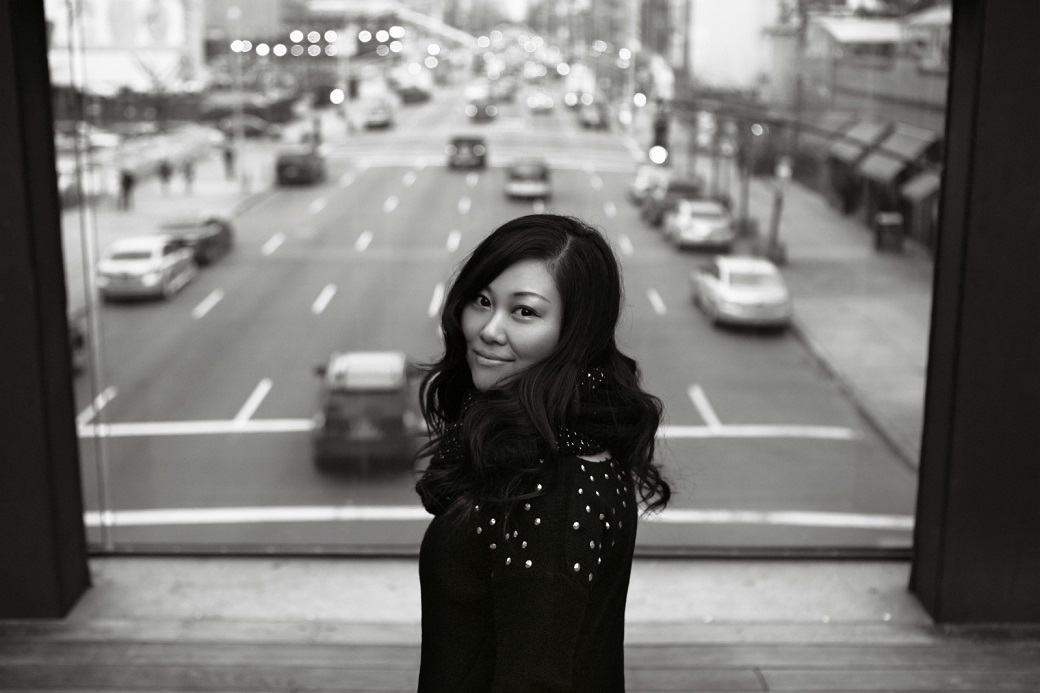 Chen's interest in traditional music includes repertoire from her childhood, which she explores in a pair of folk songs: "Ao Bao Xiang Hui" from Mongolia, and "Gan Lan Shu" from Taiwan. Both, she says, are songs that everyone who surrounded her in China would have known-especially "Ao Bao Xiang Hui," a love song that's hundreds of years old. "I'm from the north of China," she says. "We encounter Mongolian cultural aspects a lot. Being from Beijing, I have lots of thoughts about this music." Of course, the Taiwanese "Gan Lan Shu" suggests that Chen is acquainted with the culture of southern China as well. It has a great deal of personal resonance both for Chen and for her New York audiences. "The lyric is talking about people leaving the country and traveling far away to chase their dreams; I find that very touching," she says. "When I perform, all the Chinese people in New York who hear it, they tear up."

Japan bears a subtler influence; it comes not so much from the island nation's music as from its cultural artifacts. "Majo Kiki in 12 Days" was inspired by the title character of the Japanese anime film Kiki's Delivery Service, who impressed Chen with a bravery and independence that's opposite to most portrayals of Asian women. "Mr. Wind-Up Bird, Strange Yearning" is a response to Haruki Murakami's famous novel The Wind-Up Bird Chronicle - Chen's tune is wordless, intended not to reflect the novel itself, but how she felt after reading it.

World literature also forms the basis for "Leaving Sonnet," in this case the titular poetic form which originated in Italy. "They have a very strict rhyme," Chen notes. "I thought, maybe I could use this concept in my music. Not in the lyrics, but I wrote very strict phrasing structures, and the polyrhythms are very strict as well. It caused some problems for the musicians-it was really hard!" she laughs.

Chen hopes that her many influences have blended insolubly on two songs inspired by her relationship with her boyfriend, guitarist Marius Duboule. "Orange Tears Lullaby" was written to soothe him as he underwent knee problems; the antibiotics turned his tears orange. The spare "My Ocean is Blue in White" draws on more symbolic colors to illustrate Chen's thoughts about love: "At weddings, everything is white because white is pure. But  love is not pure-sometimes you're suffering or sad. There's always some blue color in the white."

A digital-only bonus track, Chen's rendition of Nirvana's "All Apologies" presents yet another musical world into which she was plugged. "Nirvana is one of my favorite rock bands, and they influenced me when I was a teenager a lot," she explains. As always, however, Chen reframes the tunes on her own terms, with a radical rearrangement by herself and Sarnecki that culminates in fierce counterpoint between Smith and LoRe. 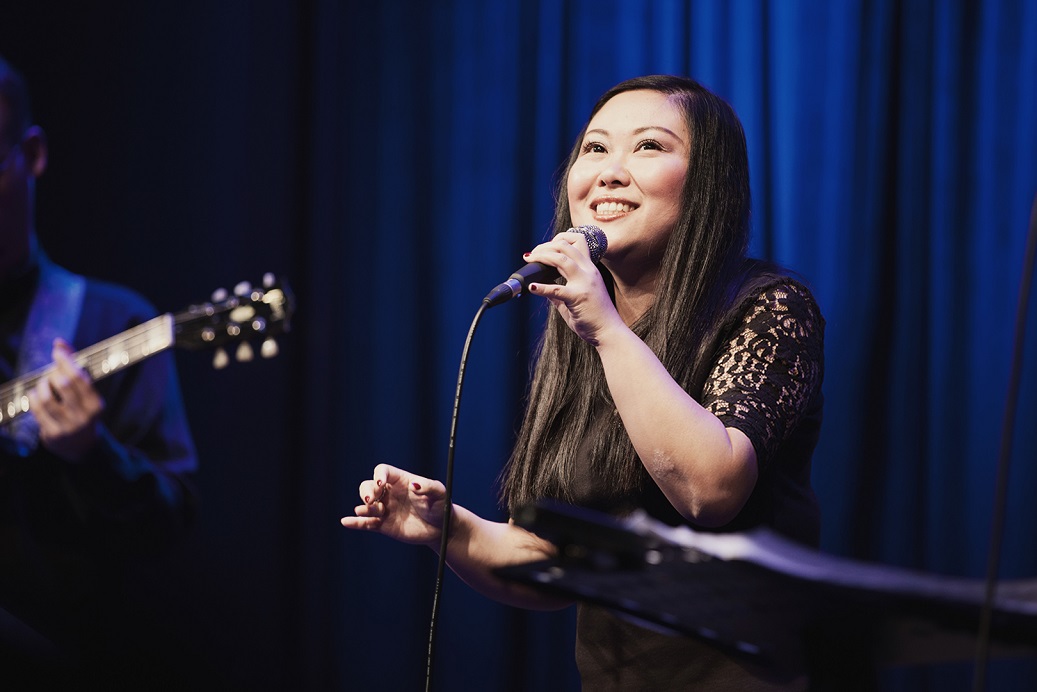 Annie Chen was born in Beijing, China. She was only four years old when she began studying classical piano at Central Conservatory of Music-and at that tender age was already practicing five to six hours a day. "The education is so strict," Chen says. "In China education is focused on being the best at all costs: 'You need to win. You need to win.' So every year I had to go to a lot of piano competitions."

As she labored at Mozart and Beethoven her father, a business translator and jazz lover, would bring her jazz CDs from his business trips to the United States. When she heard Sarah Vaughan, the teenaged Chen decided that her real desire was to be a jazz singer.

With jazz education hard to come by in China, Chen continued with her classical studies, earning a bachelor's degree from the Central Conservatory of Music. She then began working as a decidedly non-classical singer: She was lead vocalist in the bands Blues Driver, Big John and Black Hot Pisces, as well as the leader of the Soul Decree Funk Big Band, the only funk large ensemble in China. 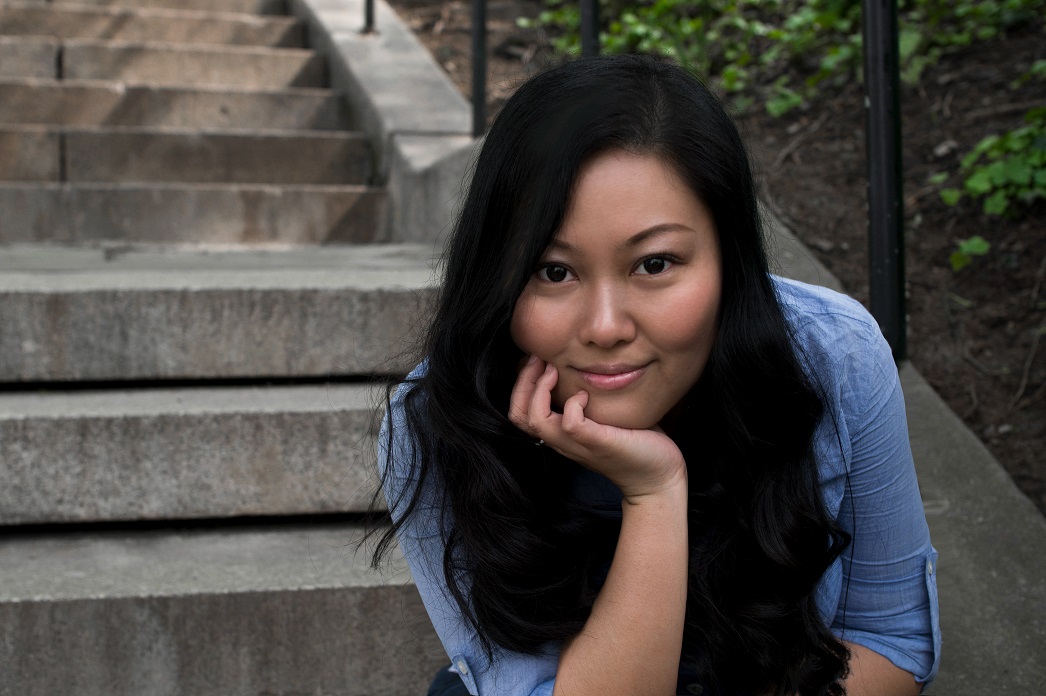 In 2010, Chen came to New York City on an eight-month student visa, studying privately at Manhattan School of Music with vocalist Nancy Marano and doing occasional vocal gigs with pianists. At the end of the year, she returned to China, where she continued performing. In 2012, however, she returned to New York to pursue a master's degree at Queens College. She took vocal lessons with Charenee Wade, piano with David Berkman, arrangement and composition with Michael Philip Mossman, and improvisation with Antonio Hart.

In 2014, she recorded her first album, Pisces the Dreamer, with a sextet comprising some of her Queens College classmates. The album combined the influences of jazz, gospel-drenched soul, pop-rock and bossa nova, as well as European classical, Chinese and Middle Eastern music in seven original compositions by Chen and two standards.


The following year, Chen formed her octet, and began performing with them around New York City. She also began what would ultimately be a three-year process of composing for them, the results of which have now come together with Secret Treetops. "I don't know what kinds of things I can write in the future, but for now I'm very proud of these compositions," she says. "This is my milestone so far." 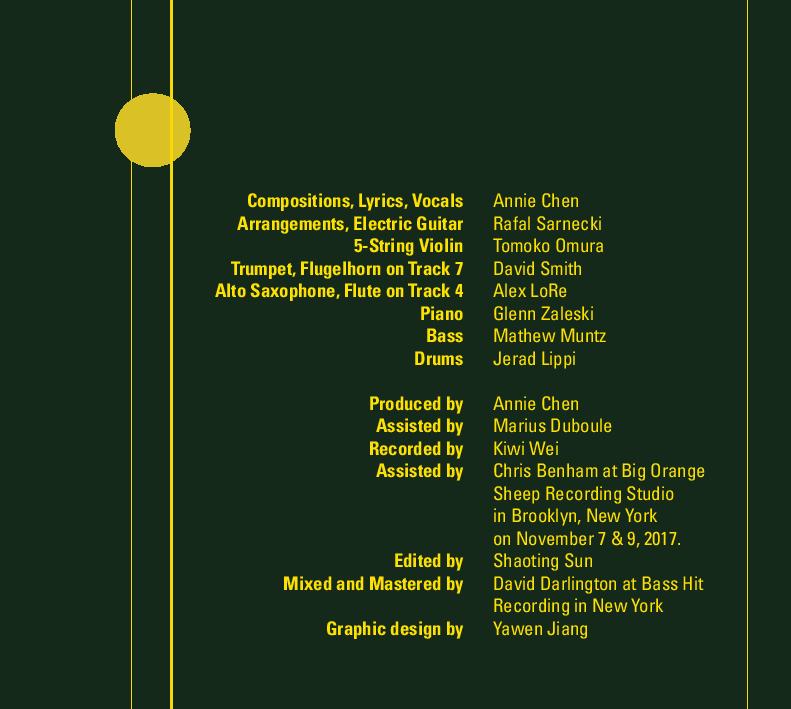 www.anniechenjazz.com
Posted by Republic of Jazz a la dirección 8:00 PM