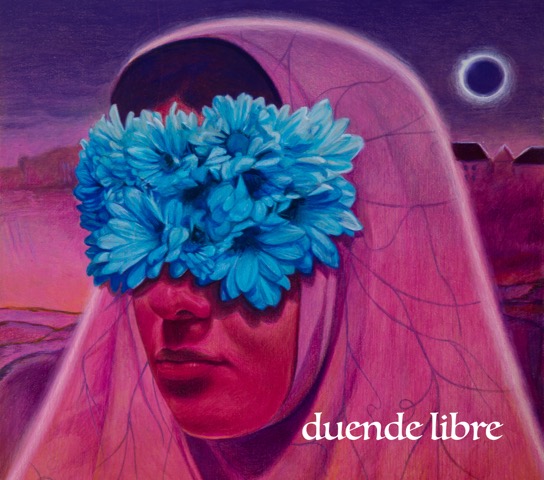 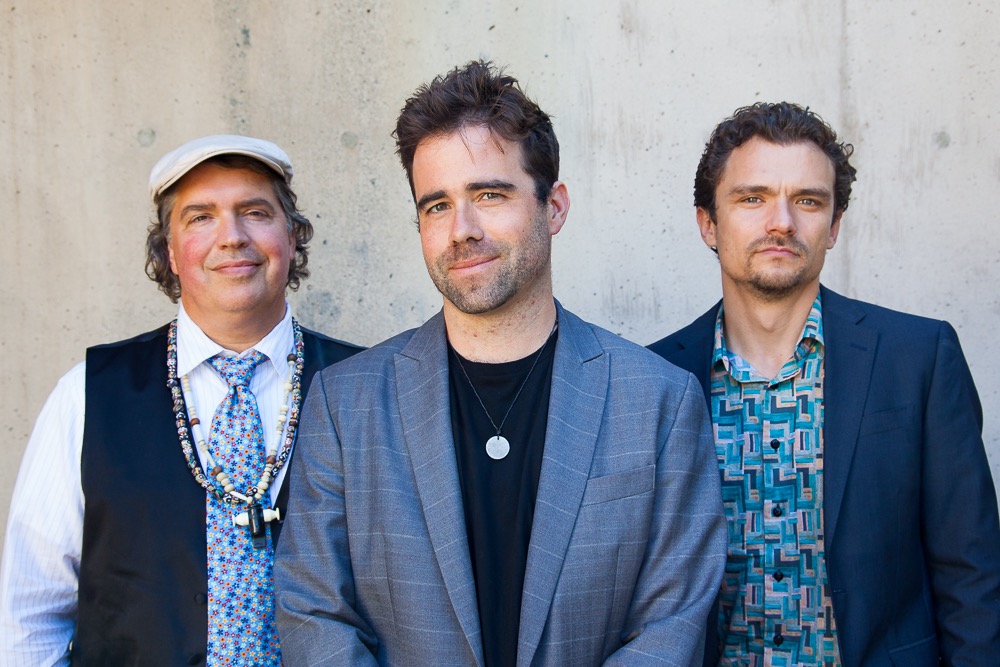 Keyboard player Alex Chadsey was fluent in jazz and classical forms. He’d walked the usual, rigorous path of a conservatory-style music education. Then he wound up in Seattle, music degree in hand, not sure of what to do. The answer: Play in salsa bands, perfect his montuno, and learn how music creates community.

“It’s a fundamental part of our humanity to make music,” Chadsey says. “There’s a lot of power in experiencing music live, or participating in a group that makes music together. It’s empowering to see beyond narrow goals and agendas, to create in a deep way as part of a community.”

duende libre will play a series of live shows this May around the Pacific Northwest. 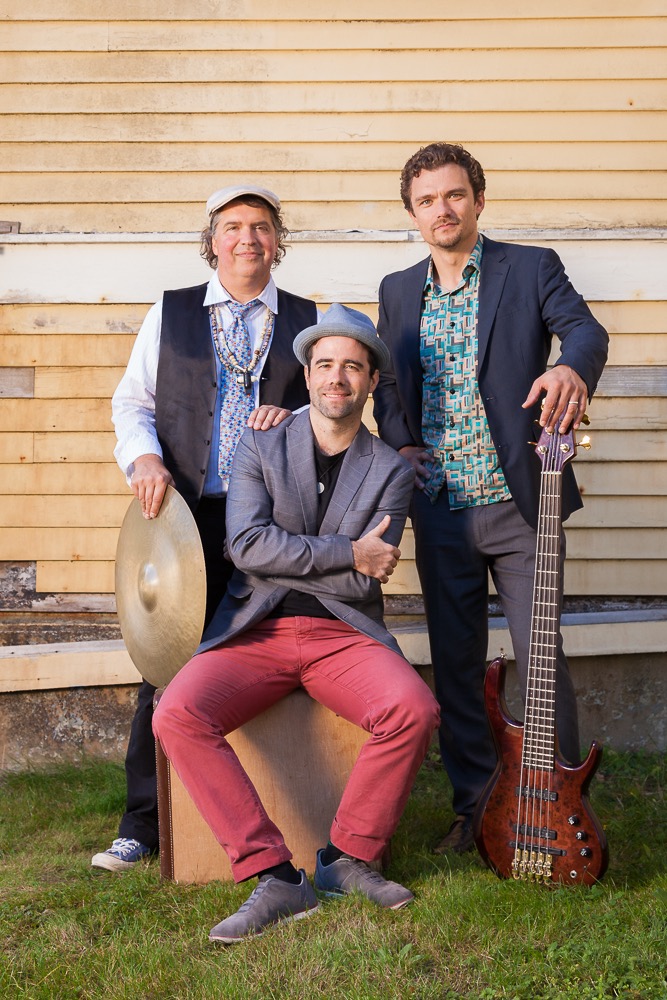 Chadsey had always enjoyed Latin music, but it had never really clicked until he moved to Seattle. As a recent music school graduate, he found himself diving deeper and deeper into the salsa scene in his newly adopted home.

“That started me on a steady diet of Latin music. I got to know and play with Joe Santiago, who’d worked with artists like Eddie Palmieri, Tito Puente, and Celia Cruz,” recalls Chadsey. “That’s when it grabbed me. That’s almost all I played for several years. I really fell in love with it.” He also met several musical kindred spirits, including duende libre members Farko Dosumov and Jeff Busch, who share Chadsey’s affection for Afro-Caribbean music.

Then he got involved in a community music project, the Seattle Fandango Project, started by the founding members of LA-based Chicano music innovators, Quetzal. Chadsey began playing with the band and contributed to their Grammy-winning album, Imaginaries. “They opened my mind to the possibility that there’s so much more beyond the music itself. What a musician can do and say and the role they play. Reclaiming some of the power that the professionalization and commodification of music has taken away.”

The experience led Chadsey toward a new approach to musical mastery, one that relied less on formal instruction, more on tradition, community, and collective expression. “My mentors from Mexico, Cuba, and Los Angeles had a big impact on my music,” Chadsey reflects. “These mentors often had no formal training. That was not an impediment. They could express themselves in interesting and creative ways. There was a process of me, humbling myself to try to get past some of my training. I put myself in a position of learning from these folks, these keepers of strong and rich musical traditions.” 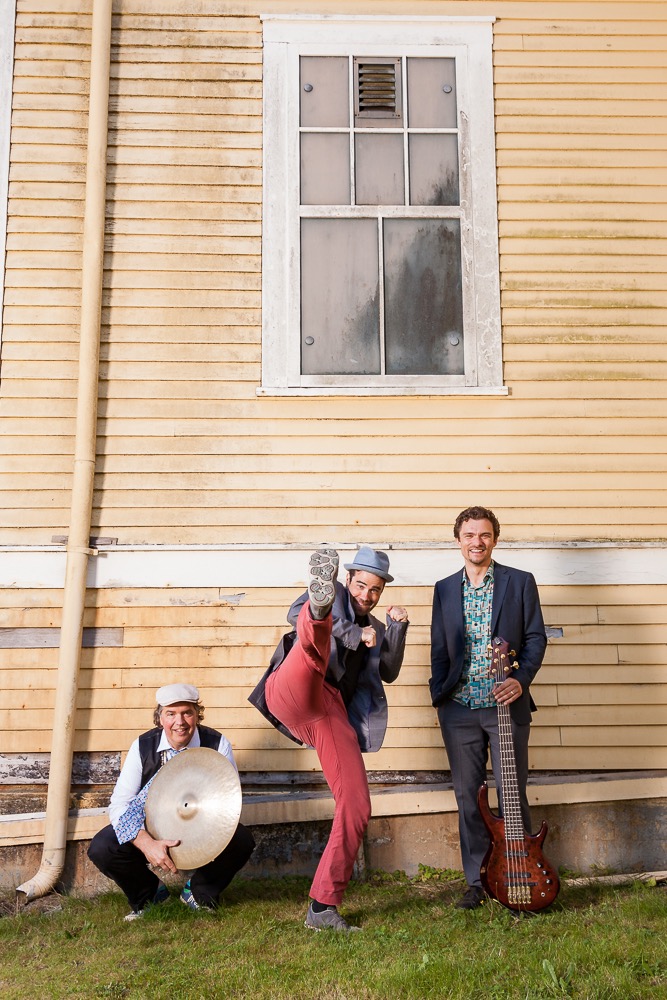 These traditions weave subtly into duende libre’s pieces, a process Chadsey wryly refers to as global jazz alchemy. “Michel” opens with a rhythm Chadsey and the band picked up from a mid 20th-century Cuban record by blind pianist Frank Emilio Flynn. “Rio Pescadores” was inspired by a trip to Veracruz, Mexico and hints at Chadsey’s first encounter with the centuries-old musical love affair between Veracruz and Cuba.

As Chadsey decided to play more of his own original compositions and launch duende libre, he tapped his two close friends, Dosumov and Busch, to join him. They workshopped pieces for months, as Chadsey developed ideas using loops and recording software. It allowed him to demo arrangements and create structures, without through-composing every detail.

“I knew I didn’t want to come in with an 8-page score. In fact, I didn’t want the guys to have to read anything if possible. I wanted them to approach the music more intuitively,” Chadsey notes. “That came back to all the work I had done with folks like Quetzal and with Clinton [Fearon, the legendary Jamaican songwriter and roots reggae innovator Chadsey has played extensively with]. They don’t rely on notation. I eliminated the barrier. Reading music changes the way you play.”

Though animated by Chadsey’s experiences, duende’s music stretches into other spaces and takes inspiration from other places, as well. “Razzle Dazzle” sprang from an experiment in meter: “I was trying to see if I could write something in an odd meter that still grooves hard, that didn’t feel mathematical.” “Funkination” pays tribute to the 80s days of 808s and keyboard-driven riffs.

“Salif” shows how Chadsey can start with one influence--a beloved track by Salif Keita--and go somewhere utterly different. “It started there, but I ended up elsewhere,” Chadsey says. “This is a special tune for me, and it represents a newer direction in my writing that I’d like to explore further.” 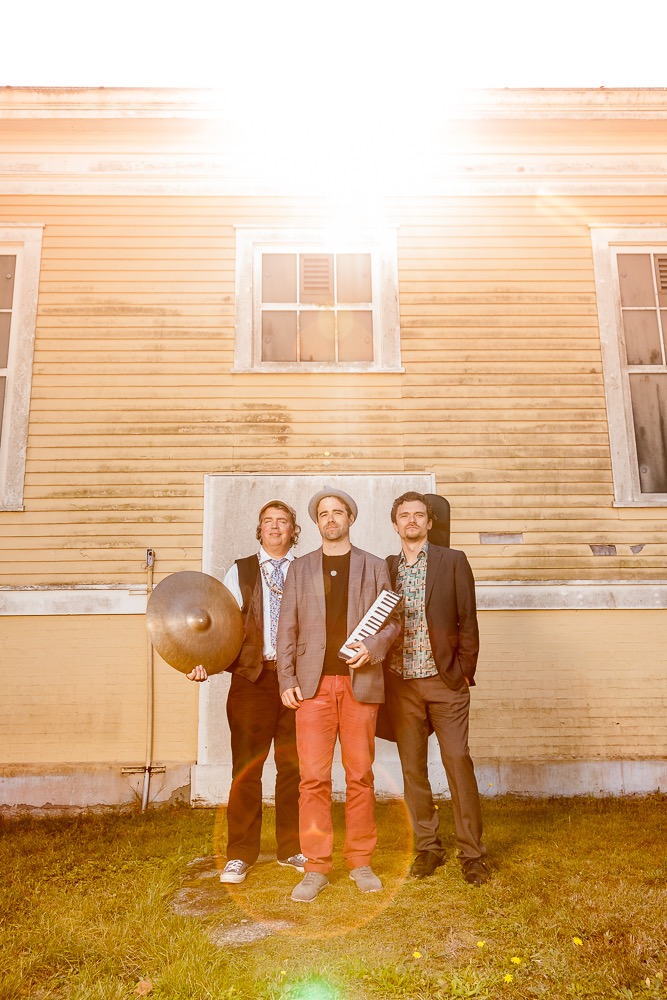 Yet it’s the closer collaborations, Chadsey’s multifaceted home turf, that inspire the most. Fearon’s influence, for example, resounds on “Still.” “Clinton has been a very important influence on my life and music. Like many of my other mentors, he comes from a rich tradition, Jamaican roots,” explains Chadsey. “He calls himself a poet first, a musician second. Poetry is distilled; you make the most meaning with the fewest possible words. His music does the same thing. He says so much with a minimum of musical material, and I aspire to do the same.”


Bursting onto the Seattle scene in February 2016, duende libre has quickly earned a reputation for being innovative, uplifting and accessible to a wide-range of listeners. Their self-titled album is due out this spring.