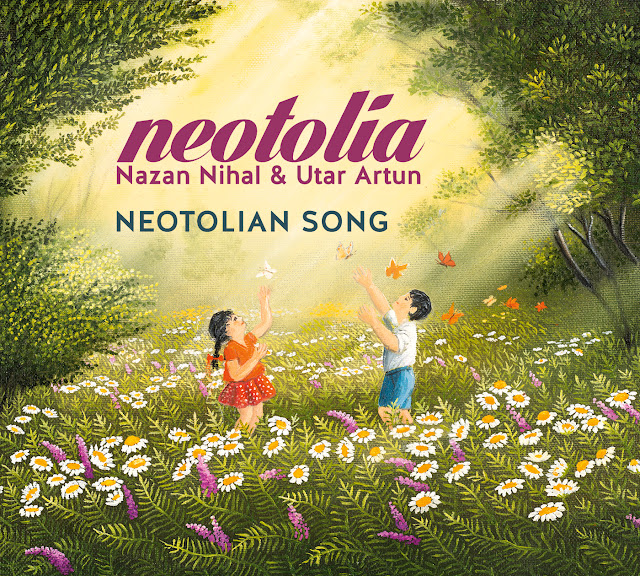 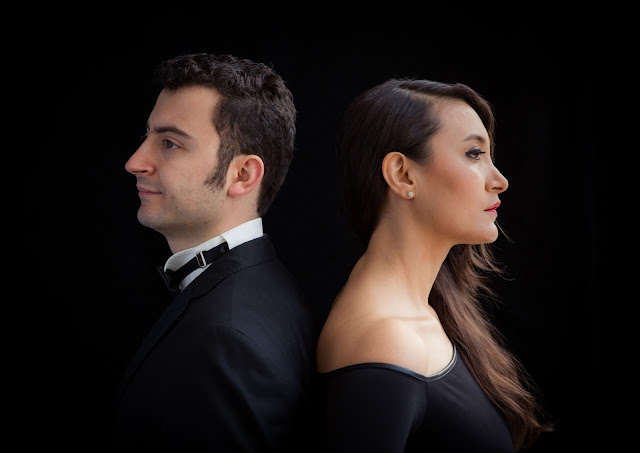 In Anatolia, where Eastern Europe, Western Asia, and the Mediterranean world overlap, layers of history – thousands of years of it – can translate into layers of melody, rhythm, and sound. This is the vision of Neotolia, an international ensemble of diverse, highly skilled musicians based in Boston. Led by singer-songwriter Nazan Nihal and pianist/composer Utar Artun, the project explores traditional and tradition-inspired pieces through the lens of contemporary composition, jazz, world music and improvisation.

“We’re feeling our roots, but we want to keep our music in the present,” explains Nihal. “We put our own stamp on it, drawing on the influences from different cultures. We have one foot in Anatolia and one foot all around the world.”

The group will perform in Boston, New York, and DC in April and May. 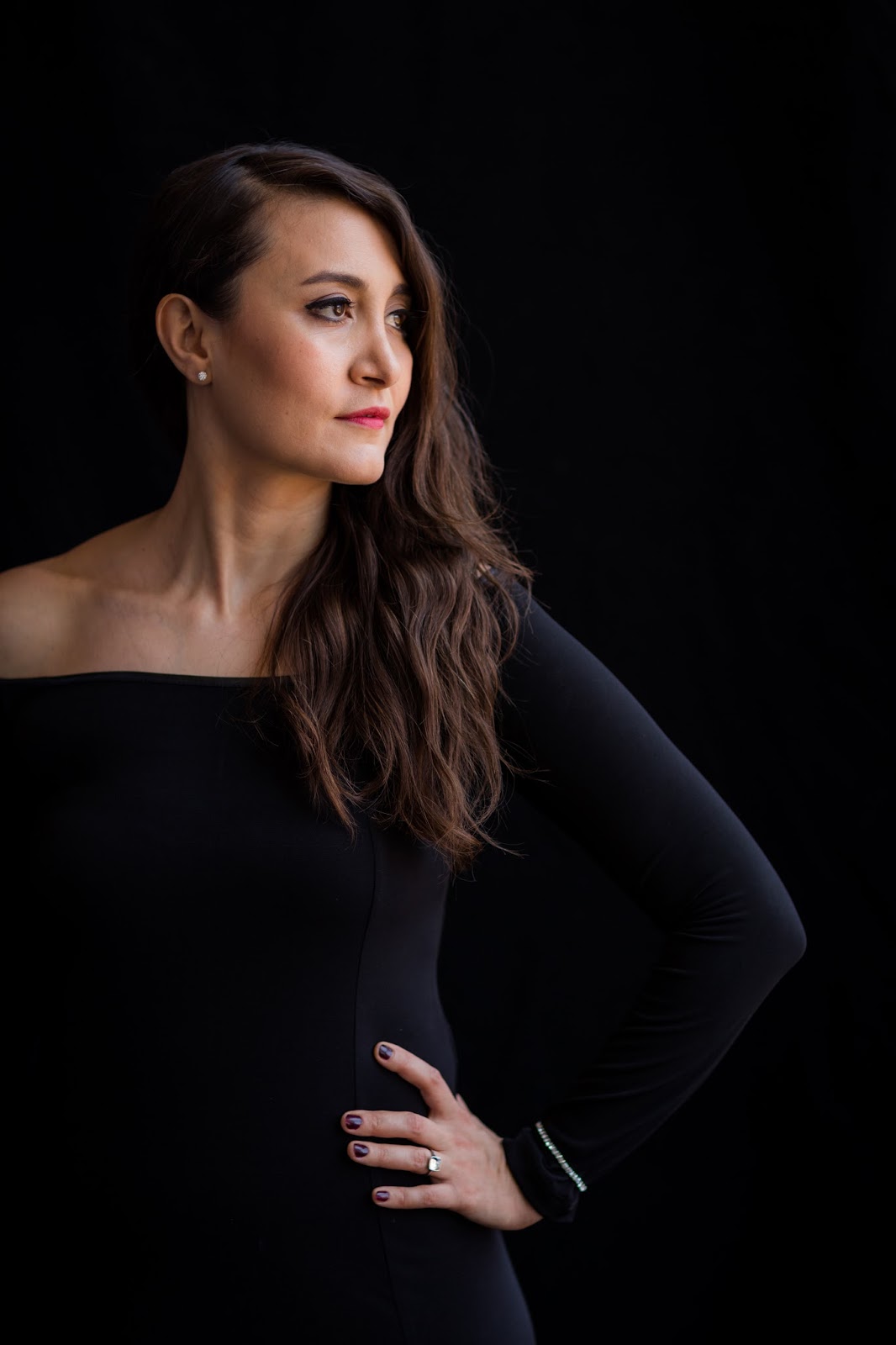 The project began one night several years ago, when Artun was visiting Turkey. He heard Nihal sing several traditional songs in Nihal’s arrangements and was stunned. “We have to record those songs,” Nihal recalls him saying.

This connection blossomed into love and marriage, and Nihal moved to Boston, where Artun is a professor at Berklee College of Music. She found herself listening to more and more Turkish music to stave off homesickness, which sparked Artun’s interest in recording some of the songs she had arranged.

An ongoing collaboration ensued, with the duo working on original compositions as well as arrangements of traditional repertoire.  “Utar can transform music in any direction imaginable,” says Nihal. “For example, I come with a musical idea, discuss it with him and then we find a groove or rhythm. After that point we improve that idea together. Utar adds the final touch. He scores the music. Then the band plays it, and it becomes real.”

“We tried to make a kaleidoscope of different colors,” notes Artun. “We use African and Indian elements, jazz and American grooves, Eastern European scales and Turkish maqams. As such an ambitious concept, some of the songs called for us to invite guest artists who could bring these ideas to life with their unique voices.”

Some pieces called for a sleek duo, like “Manastır Türküsü” – a spirited song from Artun’s home region. Some suggested unexpected instrumentation like Chinese flute (dizi) performed by Yazhi Guo (who has been named a “National Treasure of China’’), or a Middle Eastern cello line on “Neotolian Song.” 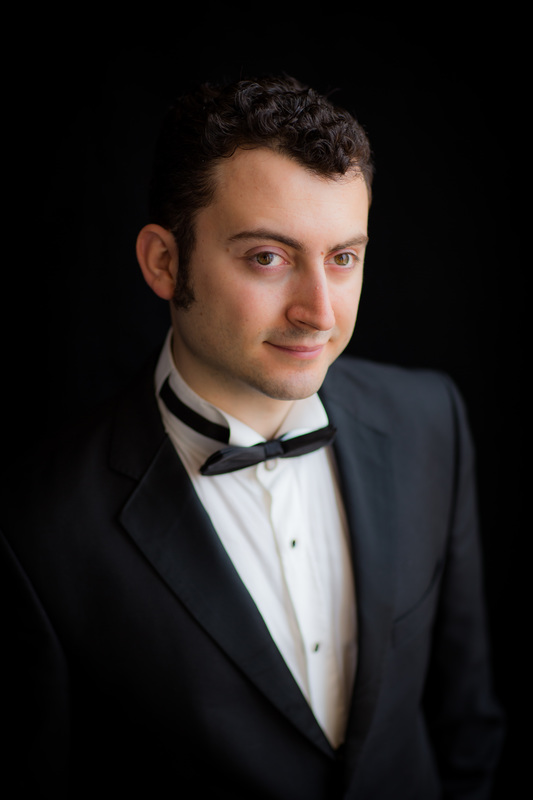 Other songs were enriched by master artists: Turkish-Armenian Grammy-winning avant-garde percussionist  Arto Tunçboyacıyan and world-renowned drummer Dave Weckl on “Thrill of the Chase;” longterm Bobby McFerrin Voicestra member Joey Blake on “Rondo Afro Turca;” and Guggenheim Fellow and microtonal guitarist David Fiuczynski on “Degmen Benim Yasli Gonlume.” Their contributions, as well as the quintet’s elegant, exploratory approach, are featured in three videos the ensembles has created to accompany the recording.

Though the music ranges far and wide in geography and genre, the group keeps its Turkish heart. Traditional songs, modes, and sounds inform all the tracks, though never in predictable ways.“We have three traditional songs on the album reflecting the heritage of Turkish folk music. From our perspective Turkish Folk Music is free and open-minded, based on songwriting,” explains Artun. “Maqams – Turkish melodic modes – are used, but the feeling and writing are the main components,” Nihal continues. “Like blues guitar players, folk song lyricists write about daily life. There aren’t the same strict rules.”

Neotolia have loosened these rules further, adding polyphony to the mix. To bring it all together, they sought out master qanun (Turkish zither) player Tahir Aydoğdu, who was able to navigate the adventuresome merger of Turkish traditional ideas and Western chordal harmonies. “‘Bir Varmış Bir Yokmuş Hayat [Once Upon a Life]’ for example has a lot of interesting microtones,” says Artun. “It’s hard to play and phrase. You need good musicians like Bassam Saba, who aren’t intimidated of expanding their usual way of playing.”

Nihal and Artun have expanded the landscape of their homeland in other ways, with fantastical forays into the past, including a deep dive into the ancient language spoken in Lydia, in what is now western Turkey. “This piece turned out really lyrical,” notes Artun. “I asked Nazan, ‘Can you put some Lydian words to it?’”

Nihal began to research the ancient language, yet couldn’t find what she was looking for. She reached out to a Greek friend, who introduced her to one of the leading scholars of Lydian in Greece. The text he passed along became the lyrics for “Lydianic,” which is believed to be the lyrics of an ancient Lydian song. Though the pronunciation and exact translation has been lost to time, the song’s impact remains. “When we played this tune in concert, people started crying. We were shocked,” Nihal remembers. “Meaning may not be as important as the message you’re sending from the heart.” 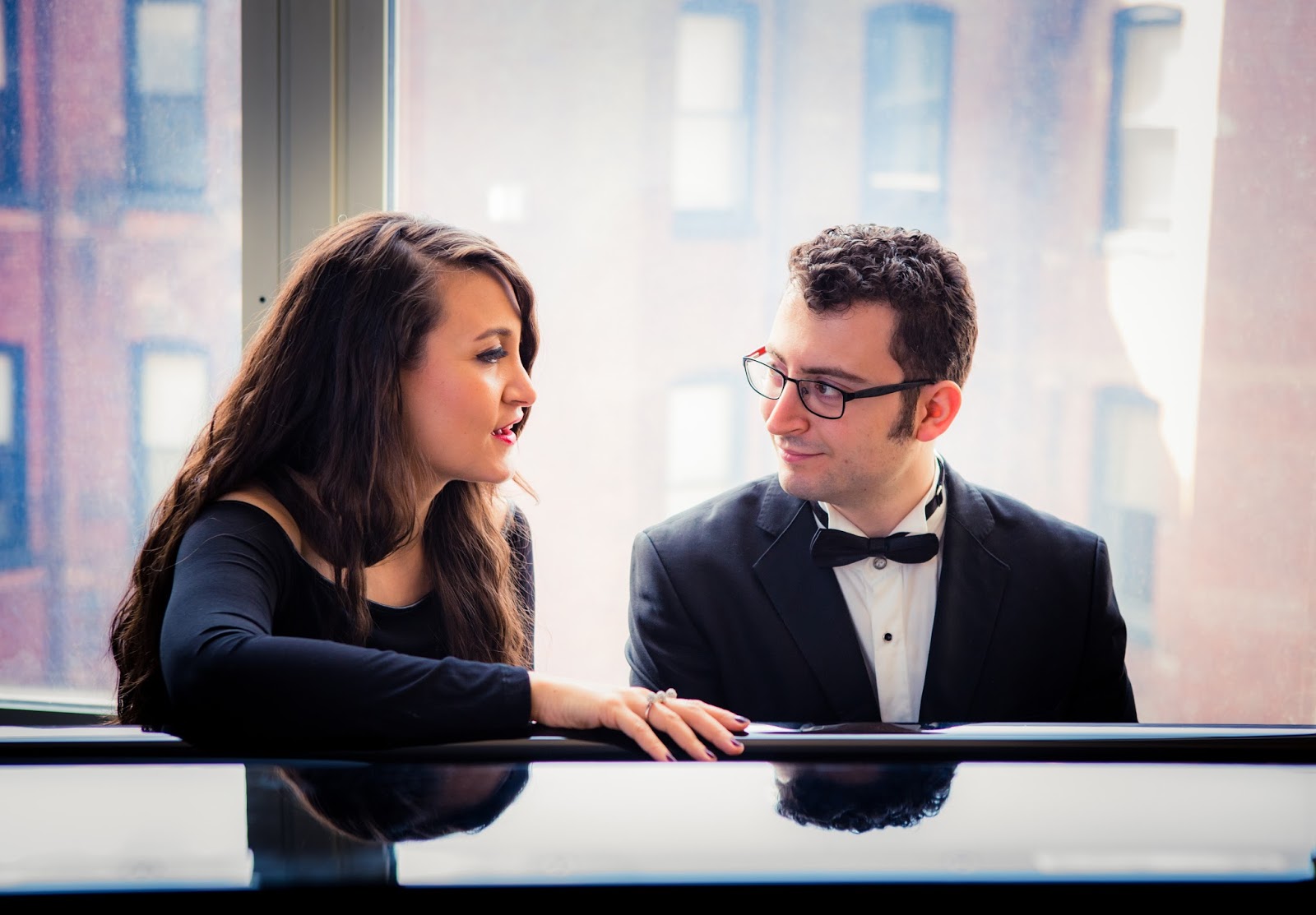 Music is a universal language, spanning across all of space and time. Today, Nazan Nihal and Utar Artun are taking music into a new dimension, bringing the old sounds of Turkish Folk Songs (Turku) to life in their new project, Neotolia. Nazan is a remarkable singer/songwriter and Utar possesses unlimited potential as a composer, conductor, film scorer and arranger. When the two met, they were inspired by their mutual addiction to music. Nazan’s unique interpretation of the old Anatolian songs sparked a chord in the musical heart of Utar and it was at this moment that the concept for their new project, Neotolia, was born. Nazan and Utar want to share their contemporary perception of the music that rose out of Anatolia, music with the power to erase the boundaries between history and current times.

As important as their revival of Turkish Folk Songs is their creation of new compositions, mostly in the English and therefore understandable for a big audience. The songs from Neotolia are founded in the heart. Everyday common feelings are captured in lyrics and music, listeners can recognize feelings and emotions that they have been going through. Neotolia also creates music for other artists, while giving support as songwriters and producers. Neotolia feels no boundaries. With their roots in Turkey they explore new directions in music. Domiciled in the States they travel all around the world including Europe, bringing music to their audience. 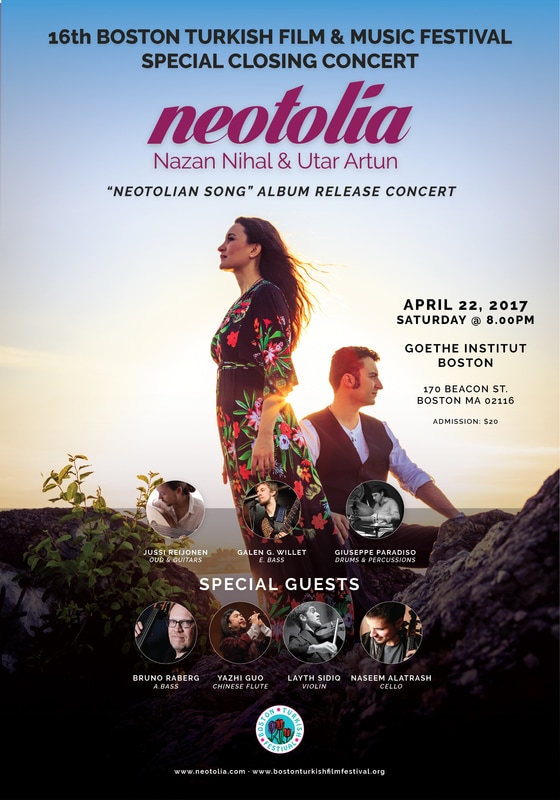 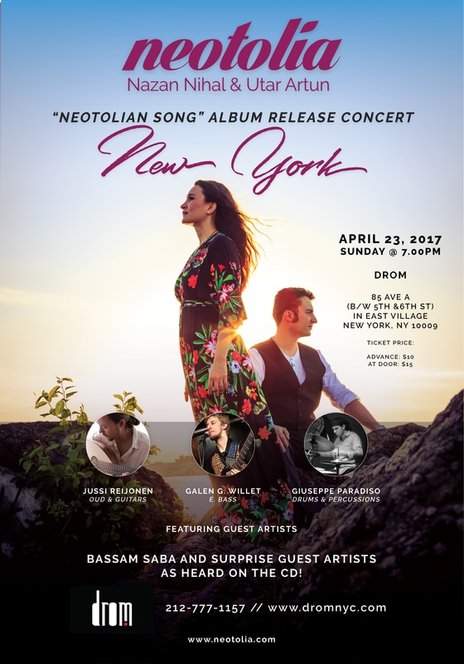