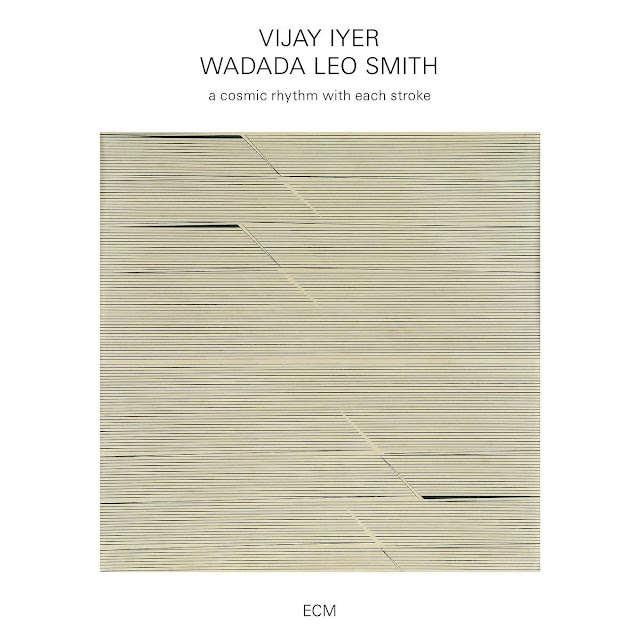 In the liner notes for A Cosmic Rhythm With Each Stroke, pianist Vijay Iyer notes that he and trumpeter Wadada Leo Smith would often become a sub-segment of the quartet in which the two played. Following their collaboration in New York City in 2015, ECM chief Manfred Eicher brought the two master artists together to make their unique chemistry a matter of record. At its core, the album is a suite dedicated to the late, influential Indian artist Nasreen Mohamedi who was known for her drawings and photography.

In his prolific career, Smith has twice before recorded as a leader on the ECM label, first with 1979's Divine Love and fourteen years later with Kulture Jazz (1993). Both highly-regarded recordings were early benchmarks in a catalogue that has increased in relevancy over the years and produced epic collections such as Ten Freedom Summers (Cuneiform, 2012) which was a finalist for the 2013 Pulitzer Prize for Music.

Iyer came to ECM following earlier associations with labels like Pi Recordings and ACT Music and more than two-dozen recordings as a leader or co-leader. With his ECM debut Mutations (2014), Iyer also enacted a more compositional approach, broadening his often methodological improvisation skills. Strip away the string quartet and in many ways, Mutations paved the way for A Cosmic Rhythm With Each Stroke.

It may be challenging to name top-of-mind piano-trumpet duos, but they are not so unusual. Uri Caine/Paolo Fresu, Satoko Fujii/Natsuki Tamura, Stefano Bollani/Enrico Rava and Paul Bley/Kenny Wheeler are but a few of the modern duos that date back to Oscar Peterson and a half-dozen such duo recordings. Though not in the same formation, Smith and Iyer had previously worked together as part of the trumpeter's Golden Quartet on Tabligh (Cuneiform, 2008) and again in the Golden Quintet on Spiritual Dimensions (Cuneiform, 2009). Those earlier collaborations were more musically intense compared to this spare and atmospheric collection.

The opening piece, the meditative "Passage," features some of Smith's most expressive playing with Iyer's augmented chords enriching and expanding the space. The seven-part suite—each movement prefixed by the album title—begins with "All Becomes Alive"; Smith's trumpet souring and diving to the backdrop of Iyer's electronic drone. Further on, Iyer switches to piano as he and Smith set into a beautifully soulful groove, an angular turn or two, and a quiet exit. "The Empty Mind Receives" is more conversational with Smith's long phrases countered by Iyer raining down notes. Conveying just what its title suggests, "Labyrinths" is overtly more complex and knotty while "A Divine Courage" begins with barely audible thumping electronics followed by quiet distances between the sparse trumpet and piano contributions. Eventually, Iyer provides a simulated bass line, resetting the piece to a solid melody. More experimental in nature, are "Uncut Emeralds" and "A Cold Fire" with a heavier reliance on electronics on the first, and atonality on the latter. The album concludes with a moving tribute to the musician/civil rights activist "Marian Anderson."

Iyer and Smith weave in and out of dialogs and sometimes unify in a solitary expression but at all times there is an awareness and acuity between the players that overlaps and breaks away on razor-thin margins. The compositions—bookended by those of Iyer and later Smith—are full and rich with the suite (authored by both composers) being a completely mesmerizing and engaging work. Iyer and Smith may represent two different generations of artists but both are at their creative peaks. For fans of either, A Cosmic Rhythm With Each Stroke is a must-have album.  Karl Ackermann 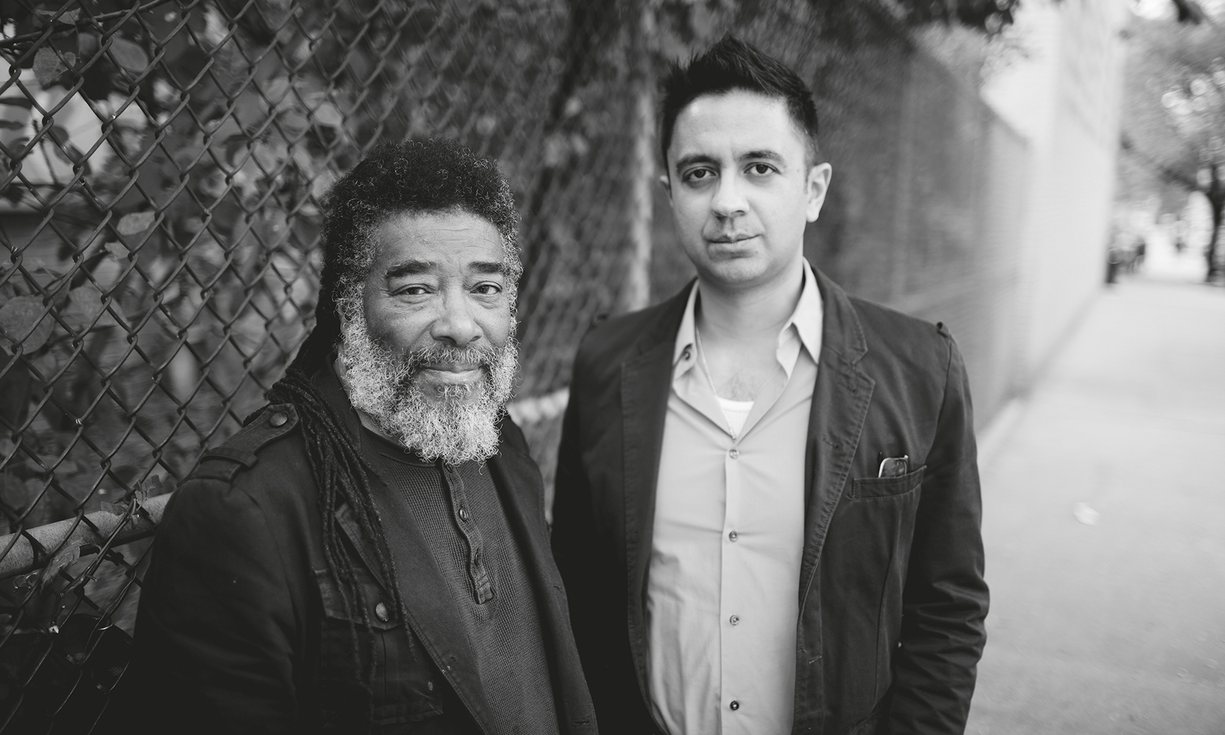 Posted by Djiani a la dirección 10:01 AM