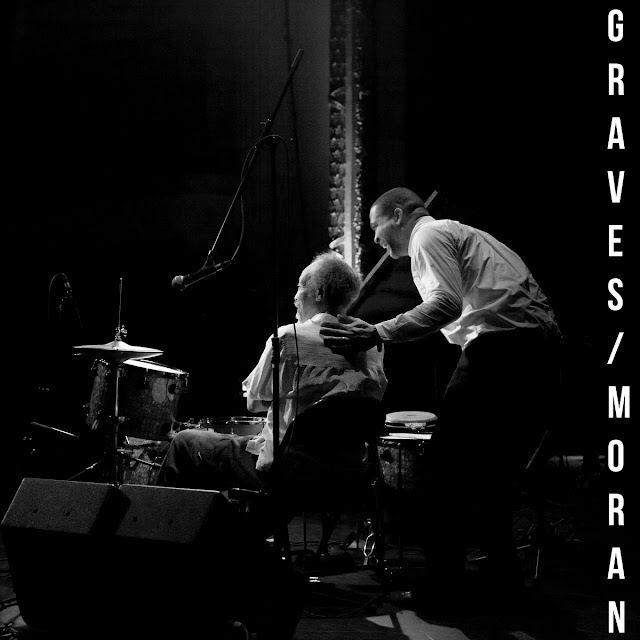 In 2016 I invited Milford Graves to perform at the Park Avenue Armory in New York City. In preparation for his solo performance we spoke over the phone, and then in person as he visited the performance space, Veterans Room. He talked about transferring and transmitting energy through language, body and sound. I wanted to experience him pull the ear of the audience into his drums, the open vessels and gaping caverns. While he created a frame for his performance, he and Jake Meginsky created a new video. This video opened his performance and dove into his practice of amplifying the movements of the heart muscle and how those movements can render melodies. It was extraordinary, and his performance brought every aspect of his practice to peak.

At the end of his performance, he said "Thank You Jason....you know what's next.... we gotta play TOGETHER".

The festival producer Ashley Capps (Big Ears Festival) was in attendance that fateful evening, and two years later he invited Milford and I to his festival. Our duo had a date. I began visiting Milford at his home in Jamaica, Queens. On my first visit, I brought one of my sons and we sat in Milford's basement for hours. The basement is a laboratory. Thousands of wires, hundreds of vitrines, piles of books, stacks of drums, an enormous subwoofer, multiple video monitors. Everything that enters the basement is prone to be examined. Milford researches it all, from the voice to the pulp, and then he finds a way for those studies to exist in his music. He hooked my heart up to his computer and rendered a melody of my heartbeat. He added it to his archive of heart melodies. I'd return a few months later, we'd talk about sculpture, demand, and process. This was all in preparation for stepping onstage with him.

Milford reminded me of my teacher, the pianist Jaki Byard. Their stance and voice, their round sound and momentum, all of the history at play at once, never segmented into style, all living in the garden together. Milford spoke of gardens and how he planted species close to one another that might not otherwise meet, charging a new relationship.

This is how he approaches music. 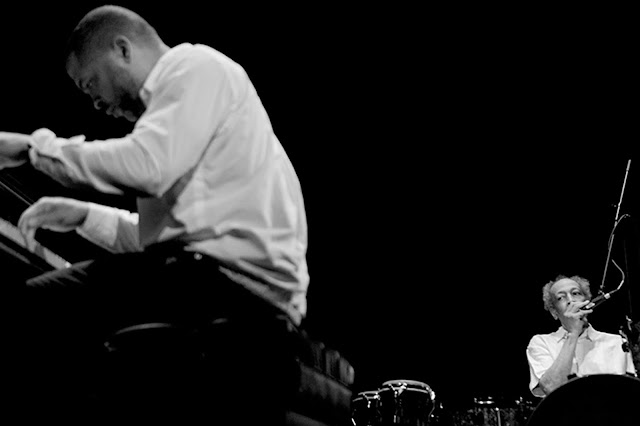 Performance...
The music as it unfolds.
The tracks, First - Seventh , represent the pieces we created that evening. Underneath and Splash are manipulations of segments I yearned to hear drowned, draped and slowed. Over the course of the concert, a real time language was born. By Seventh, the language had unified. In Sixth, there is a gap of silence leading to a classic comedy. "I apologize..... I apologize to the drums." Fourth is a ceremony. Third is a love song. First, Second and Third are a seating, chopping it up, a continuation of our phone calls and basement meetings.
The following morning, we were interviewed by writer Peter Margasak and Milford says
"That's what we did last night—we played, man. A part of that history is missing. And there's people now I know that want to climb back into that. How do we play from deep inside? How do we compose right on the scene? That's the most difficult way to play, because after ten minutes, you can be finished! We got to bring back the people's type of thing. The name of the game today is that you've got to teach people how to get back into themselves, to learn how to be that human being."
Mind-Body Deal Exhibition
In November 2020, I was invited by Mark Christman of Ars Nova Workshop to give a performance within Milford's exhibition at the Philadelphia Institute of Contemporary Art. I asked that the piano be moved adjacent to the final sound sculpture Milford created, Bikongo Ifá: Spirit of the Being. The piano is in conversation with the heart melody.
This would be our final "duet". 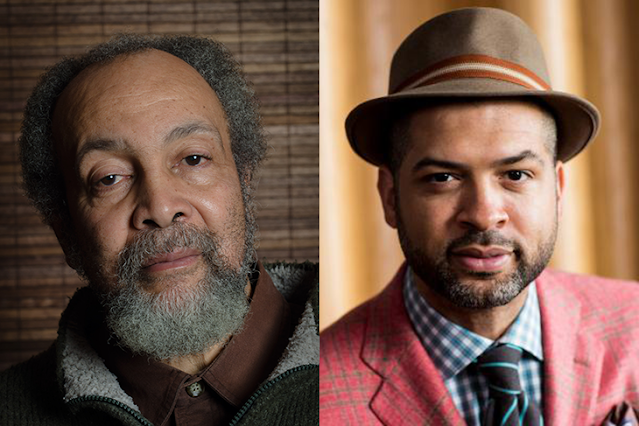