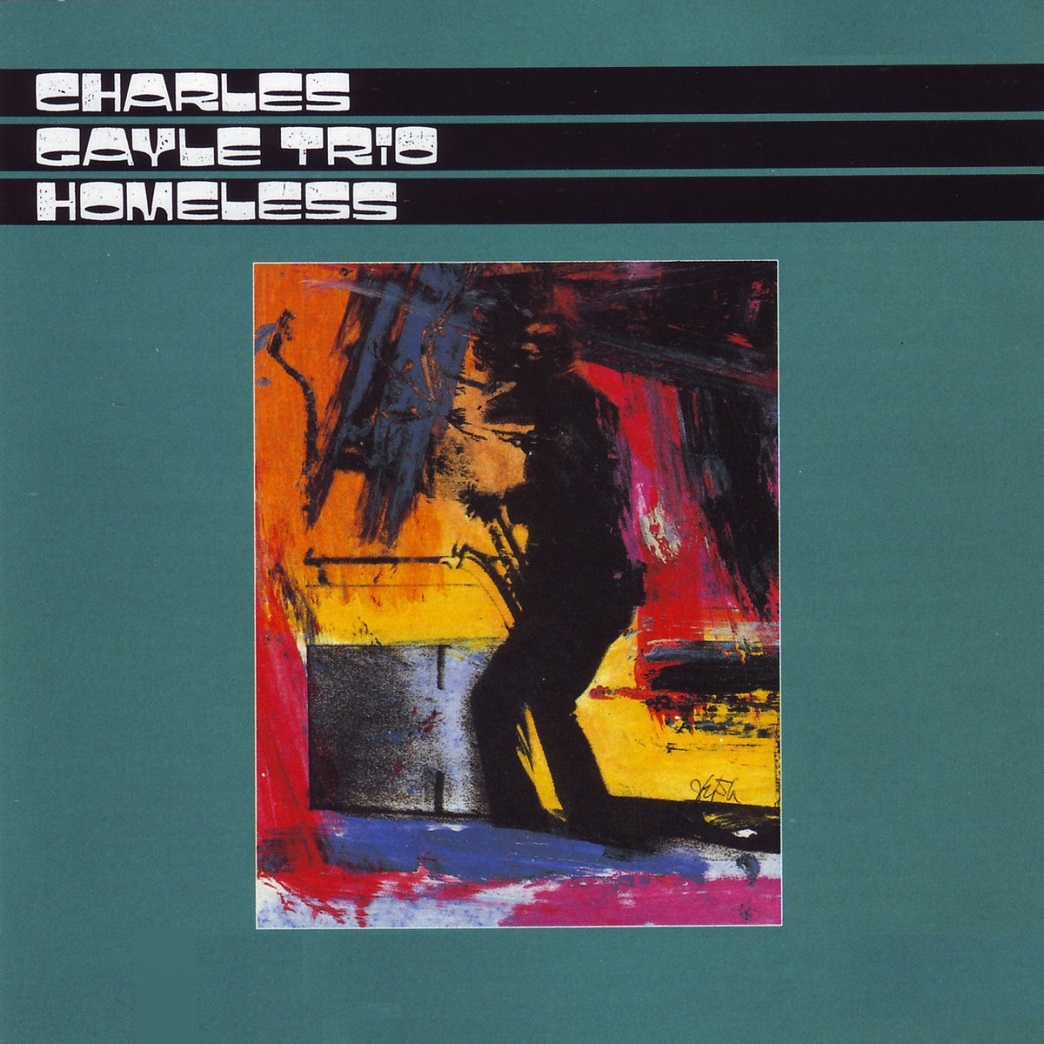 "Gayle's been around for decades, since this style was new, but he's never gotten much acclaim. Partly that's because he doesn't much care whether he gets recorded or not; partly it's because this is strong stuff; and partly because the rude style of music he plays better than almost anyone else around now is pretty far from the buttoned-down jazz that makes the cover of Time."
Kevin Whitehead, City Paper, November 24, 1990

It was a stormy night the first time I went to hear Charles Gayle. He was doing a couple of Mondays at a then up and corning club called the "Knitting Factory", not too far from where I live.

He was first brought to my attention by someone who knew my face around the local jazz clubs. I was handed a flyer and told, "Go see him. I don't think you'll be sorry".

After catching his name again and again from other jazz regulars – fanatics like myself who took every possible opportunity to see anyone, old or new, who was felt to have any merit – I decided to lend it an ear. By now I had accumulated enough gossip to know that Gayle, recently returned from Europe, was living in a storefront in Brooklyn, hitting fifty and was as strong as, if not stronger than any player alive or dead. Also he remained virtually unknown as well as unrecorded. So, filled with intrigue I walked briskly to the club hoping to be overwhelmed, but expecting to be more than likely disappointed, as I had been on 50 many other occasions of this nature. I asked my wife, who usually accompanies me, "Mr Obsessive", to come along. But due to the weather and the unknown factor she refused, so I went alone and sat alone in the half empty club

While waiting for the music to begin, I ordered a raspberry soda and struck up a conversation with a jazz collagist by the name of John D'Agostino who told me that he had seen Gayle before and that he was right out of the Sixties. He's the best in outside playing and the only one to do it air the way." Or, as Gayle himself would subsequently put it, "Knock down the walls. Blow my GUTS out!"

About twenty minutes later he walked onto the stage, tall, lean, quiet and unpretentious looking... basic... yes, very basic. He stood at the left corner of the stage, fidgeted a bit, nervously distant, attached his horn nodded to the other members of the trio, raised his horn to his lips, bent down low at the knees and as he rocked up and down the wind started howling.

He played non-stop for about one full hour and with such intensity that I fell into a great smiling stupor of improvisational ecstasy; of which one result was the following poem written sometime during the first set:

A few months earlier I had met Keith Knox at "Sweet Basil", a jazz club in lower Manhattan, and, like a lot of jazz buffs we struck up a conversation at the bar. Keith was in town to do some recording for a new label called Silkheart Records. We exchanged addresses and phone numbers and soon after became penpals. In letters and phone calls Keith would, from time to time, ask me to help him locate particular people he wished to record, as well as informing him of anyone I thought deserving, who was either under-recorded or not recorded stall. Gayle was perfect.

I returned to the "Knitting Factory" in due course complete with a tape machine and my wife (who now believed in my belief), and asked Charles Gayle if I could record him. To which he replied, "I can't stop them from whipping out their microphones in Europe, why stop you?" I said, "Thanks", and taped two fantastic sets, after which I went up to him and mentioned how I really loved the last tune. He looked quizzically over to Stephanie Stone and muttered, "What was the last tune?"

That same week I sent the tape off to Keith complete with my feelings about Gayle as a musician, and his powerful, raw, seemingly unfathomable energy. I was new at this and very excited!

Several correspondences pro and con, passed before Keith informed me that it was tentatively agreed to record Gayle for Silkheart. By this time he was living in an abandoned building on the Lower Eastside, playing on the street and doing an occasional gig in a bar or gallery. When I told him at one such gig of the possibility of his being recorded. He replied nonchalantly, "Well, if it happens that's fine. If it doesn't, that's fine too."

Almost a year went by before dates were finally set up and one of three results is the disc you are now holding in your hands. And, when spinning it you will hear some of the freest and most awesome blowing that has ever been produced.

One of Gayle's great loves is boxing and he says he want to play the way a good boxer fights. With the key element being DRIVE. His ideal group, or "sparring partners", would be himself and two drummers, so that when one gets tired and drops out, the other steps into the ring.

Charles Gayle is an action player. For me he is to the saxophone what Jackson Pollack is to painting. The colors caress you as they burst all over the canvas in a carefully controlled frenzy. He is completely involved, yet at the same time totally uninvolved. His compositions cover the entire spectrum of feeling and thought. Charles Gayle is unique! Listen closely, and invite comparisons if you dare.

As for the other musicians on this date: Sirone is a co-founder of The Group, a fine working quintet, and the quartet, Phalanx, with "Blood" Ulmer, George Adams and Rashied Ali. He is a seasoned veteran whose playing on this date is total joy and whose overall work seems to get more beautiful with each stroke. He can do it all under any circumstances.

Drummer Dave Pleasant was born in Savannah, Georgia on January 1st, 1961, and raised on Supelo Island (one of the Georgia Sea Islands). Dave has a B.A. in psychology and was working on his Master's Degree at Columbia when he dropped out to concentrate on music full time.

This is his first major recording and the first time he has been able to make use of a full set of drums to compliment Charles' music, and the results are phenomenal! Live, Dave usually uses two snares, a hi-hat, assorted soundmakers, and his feet. He is a working member of the Charles Gayle Trio along with Hilliard "Hill" Green of Iowa, a fine young bass player.

I had the privilege of being at this session and can only say that these three outstanding musicians came the closest I've ever heard to sounding like one impassioned voice. When it was over I walked all the way downtown, towards HOME, feeling totally full.

So put on this disc, button up your coat, and get ready for a GAYLE FORCE... and watch those walls come tumblin' down.