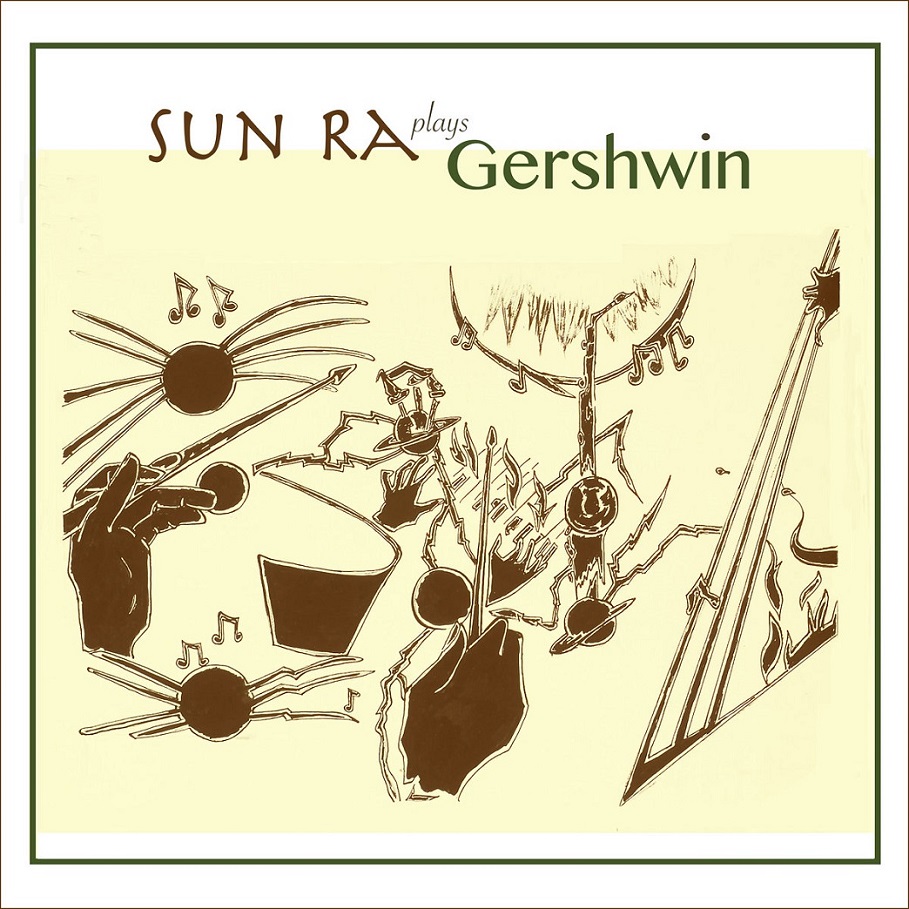 Sun Ra admired George Gershwin and paid musical tribute to the great composer's legacy countless times over his 50-year performing and recording career. This digital-only release, spanning 38 years (1951–1989), compiles some of the best recorded examples of Ra's idiosyncratic takes on the Gershwin catalog. These performances encompass a variety of styles and personnel — full Arkestra, trio with vocalist (Hattie Randolph), duo (Sun Ra and Wilbur Ware), and doo-wop (The Nu Sounds, arranged and accompanied by Sun Ra).

Most tracks have been previously issued, although in most cases the audio has been remastered to fix flaws in previous versions. The live version of "Rhapsody in Blue," recorded at New York's Squat Theater in 1979, has never before been commercially available. The 1950s rarity "Nice Work if You Can Get it," previously only available on an Atavistic CD titled Spaceship Lullaby, has benefited from 60+ digital repairs.

The encyclopedic compendium The Earthy Recordings of Sun Ra (by Robert L. Campbell and Christopher Trent, 2nd edition) lists other Gershwin titles known to have been performed by Ra over the years: Lady Be Good; I Got Rhythm; Embraceable You; I Can't Get Started; and Liza. These titles have been documented by existing tapes in the hands of collectors. However, at present these recordings are not available, nor do we know if the audio quality of any would merit commercial release. There might be other Gershwin titles by Ra which have escaped the chroniclers. – I.C.

Great review at Pitchfork: pitchfork.com/reviews/albums/sun-ra-sun-ra-plays-gershwin — unfortunately written without benefit of the above album annotation, which was published belatedly on Bandcamp.


Bonus round: Here's a 2014 article from the Guardian which makes the case that Sunny and George were both freemasons: bit.ly/2kFVxDQ