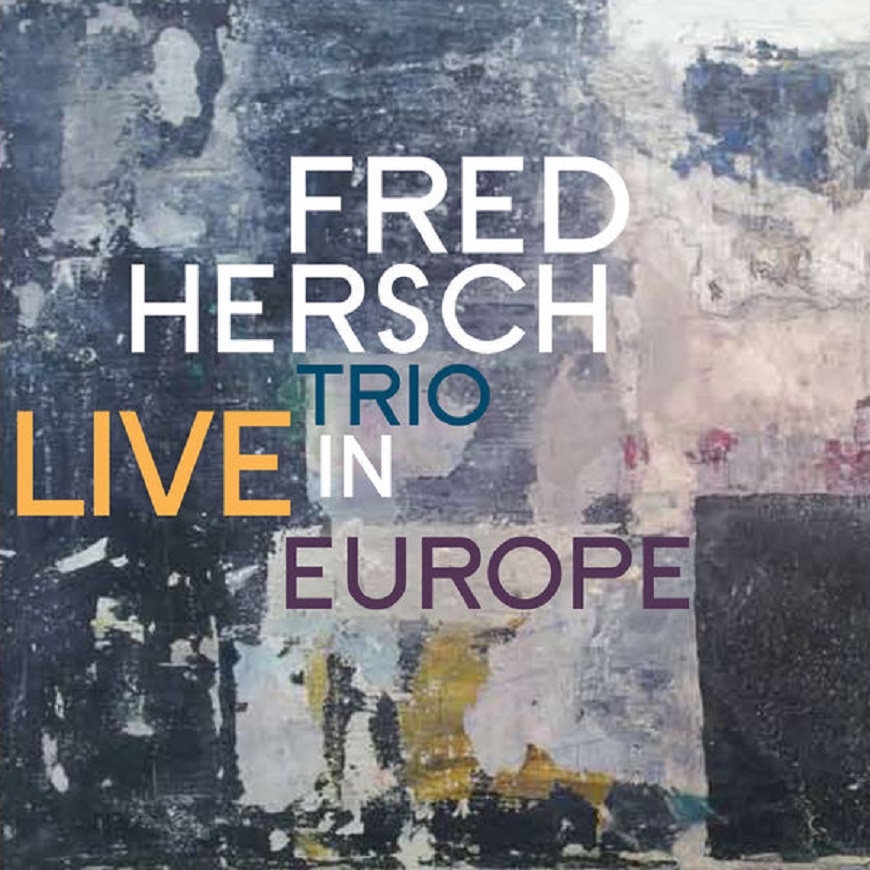 "One of the major jazz ensembles of our times." — Will Friedwald, The Wall Street Journal

“Hersch leads one of the most sensitive and nimble trios in jazz.” — Howard Reich, Chicago Tribune 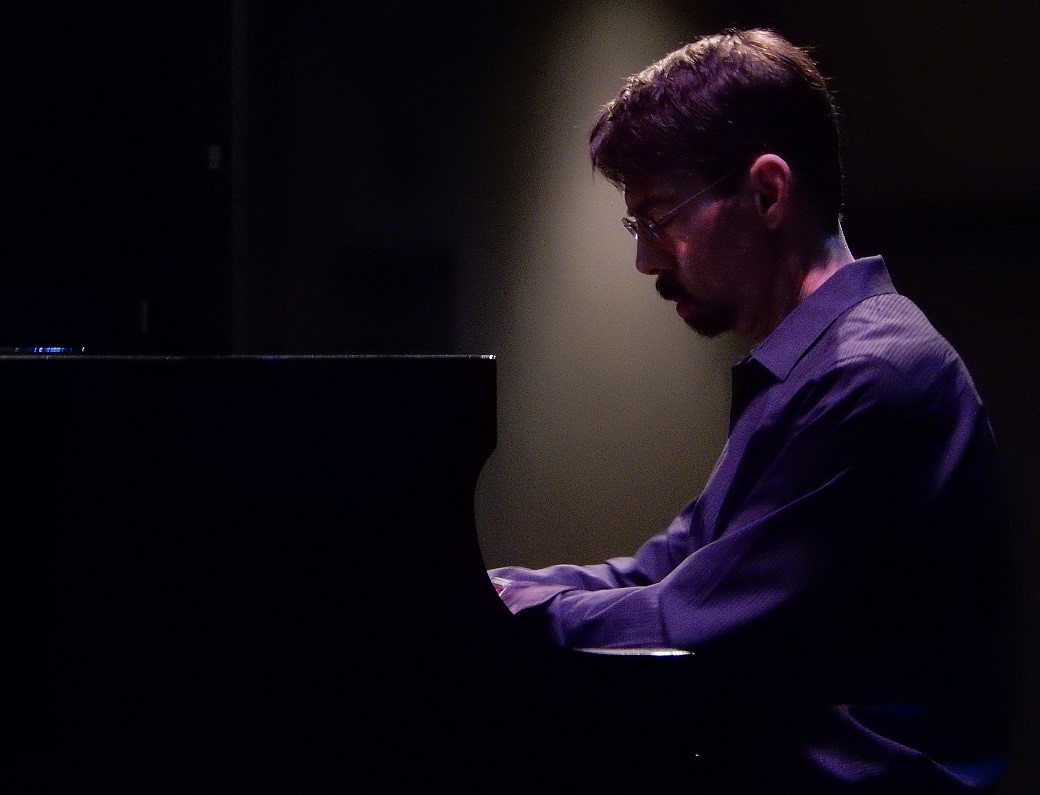 Live in Europe (May 11, 2018, Palmetto Records) crowns what was a momentous year for pianist Fred Hersch. Capturing his trio–with longtime associates, bassist John Hébert and drummer Eric McPherson–in peak form, the new album signals a high level mark for an ensemble that has been garnering critical and popular praise for nearly a decade. Consisting of six Hersch originals and two significant compositions apiece from Thelonious Monk (“We See,” “Blue Monk”) and Wayne Shorter (“Miyako,” “Black Nile”), Live in Europe demonstrates how a working trio breathes as one.

“The trio has a shared language; by now we each contribute an equal part in what goes on musically during a performance,” Hersch says. He has made a dozen trio albums over the last 30 years, and he states that “This is the best trio recording we’ve yet made, and pretty much as well as I can play in terms of energy and technical command.”

Serendipity played its role in the birth of the album. The penultimate engagement of the band’s three-week European tour in November of 2017 was held at Flagey Studio 4, in Brussels’ former National Institute for Radio Broadcasting. “After the show, I realized that this was one of the two or three best performances we had given. The band was in terrific playing form, the acoustics were perfect and the piano was outstanding,” Hersch recalls. “On returning to New York, I thought about the show and was then pleasantly surprised to find out that it had indeed been recorded. On hearing it, I was again struck by the level of creativity, content and energy.” 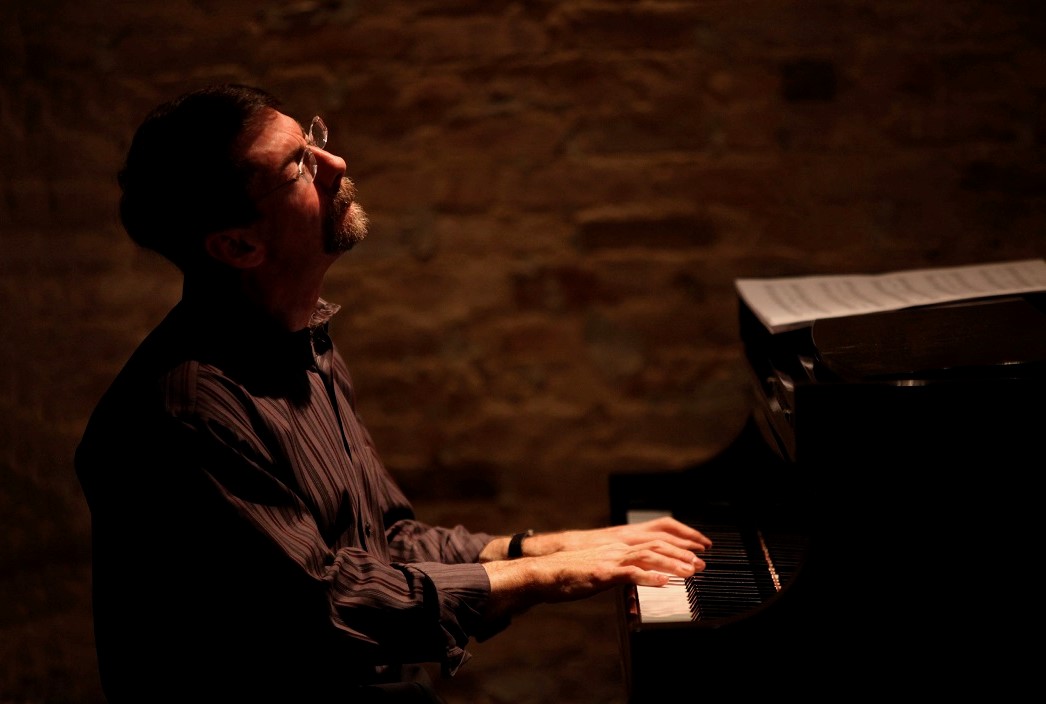 Live in Europe finds the trio in near telepathic communion. While each band member is a virtuoso player, individual bravura is always subordinate to group interplay. Lyricism, open-eared interaction and a respect for the power of space are all invaluable components of the trio’s identity. In such performances as the frisky “Skipping,” the affecting ballad, “Bristol Fog” (dedicated to the late British pianist John Taylor), the joyous “Newklypso (dedicated to Hersch’s hero Sonny Rollins) and the bluesy tribute to New Orleans “The Big Easy,” Hersch, Hébert and McPherson give a master class in ensemble communication, uniting as one yet allowing each other to freely react with spontaneous invention. A masterful solo encore of “Blue Monk” spotlights the depth of Hersch’s undiminished improvisational skills and expressive powers.

2017 was as a particularly bountiful period for the always-productive Hersch. Highlights included the publication of Hersch’s acclaimed autobiography Good Things Happen Slowly: A Life In and Out of Jazz (named one of the Five Best Memoirs of 2017 by both The Washington Post and The New York Times) and two Grammy Award nominations for his revealing solo album Open Book on Palmetto Records:
Best Jazz Instrumental Album and Best Improvised Jazz Solo (Benny Golson’s “Whisper Not”). In addition, Hersch was awarded the 2017 Prix in Honorem Jazz for the entirety of his career from l'Académie Charles Cros in France. Hersch also opened the Jazz At Lincoln Center 2017 Season with his "Leaves of Grass," a full-evening setting of Walt Whitman's words for vocalists Kurt Elling, Kate McGarry and an instrumental octet.

Add to that such recent accolades as the 2016 Doris Duke Artist award and the 2016 Jazz Pianist of the Year award from the Jazz Journalists Association–not to mention the release of the feature documentary The Ballad of Fred Hersch, premiered at the prestigious Full Frame Film Festival in March 2016 to rave reviews and now streaming on Vimeo–and you have that most auspicious of times when an artist is being rightfully acknowledged for attaining new pinnacles of ability and inventiveness.

That Hersch is reaching such artistic heights after his well-publicized battle with HIV and a subsequent 2-month coma in 2008 is extraordinary.  “The release of this album is also a personal triumph in that it once again reminds me of how lucky I’ve been,” Hersch states. “It’s been nearly ten years since my coma and to find that I can play with the focus and energy that I have now is remarkable to me.”

A select member of jazz’s piano pantheon, Fred Hersch is a pervasively influential creative force who has shaped the music’s course over more than three decades as an improviser, composer, educator, bandleader, collaborator and recording artist. Hersch has earned a total of twelve Grammy nominations since 1993 in the categories of Best Jazz Instrumental Performance, Best Instrumental Composition and Best Improvised Jazz Solo. Nine of his nominations have come since his recovery from a coma in 2008. 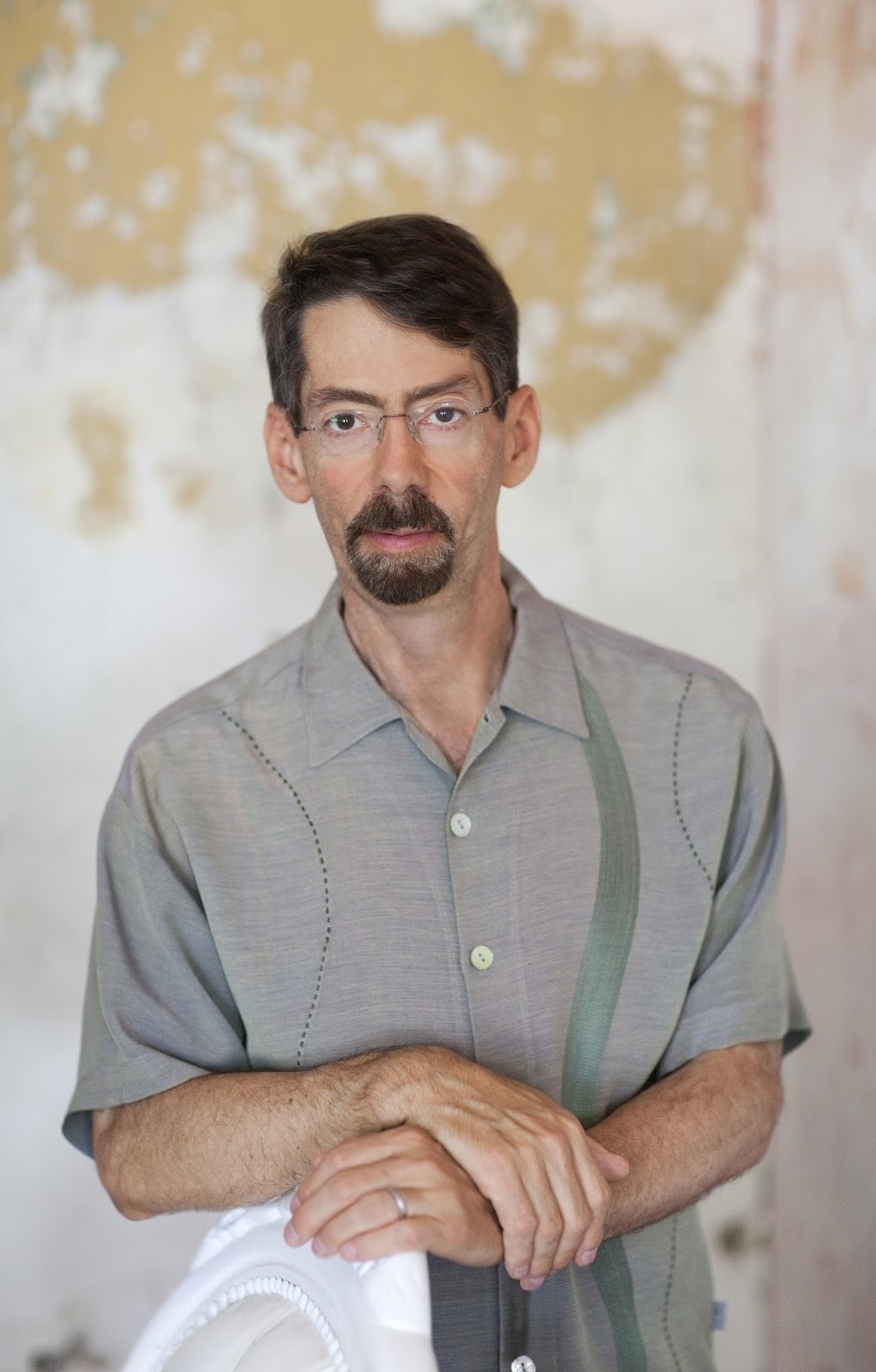 Hersch has long defined jazz’s creative edge in a wide variety of settings, from his breathtaking solo recitals and exploratory duos to his extraordinary trios and innovative chamber settings. With some three dozen albums to his credit as a leader or co-leader, he consistently wins an international array of awards and lavish critical praise for his albums. Hersch has earned similar distinction with his writing, garnering a 2003 Guggenheim Fellowship in Composition. He’s collaborated with an astonishing range of artists throughout the worlds of jazz (Joe Henderson, Charlie Haden, Art Farmer, Stan Getz, Bill Frisell); classical (Renée Fleming, Dawn Upshaw, Christopher O'Riley); and Broadway (Audra McDonald). Long admired for his sympathetic work with singers, Hersch has joined with such notable jazz vocalists as Nancy King, Janis Siegel, Cecile McLorin Salvant, Norma Winstone and Kurt Elling.

For two decades Hersch has been a passionate spokesman and fund-raiser for AIDS services and education agencies. He has produced and performed on four benefit recordings and in numerous concerts for charities including Classical Action: Performing Arts Against AIDS and Broadway Cares/Equity Fights AIDS. To date, his efforts have raised more than $300,000. He has also been a keynote speaker and performer at international medical conferences in the U.S. and Europe.

A committed educator, Hersch has taught at New England Conservatory, The Juilliard School, The New School and The Manhattan School of Music. He is currently a Visiting Artist at Rutgers University. He holds honorary doctorate degrees from Grinnell College and Northern Kentucky University. Hersch's influence has been widely felt on a new generation of jazz pianists, from former students Brad Mehldau and Ethan Iverson to his colleague Jason Moran, who has said, "Fred at the piano is like LeBron James on the basketball court. He’s perfection.”