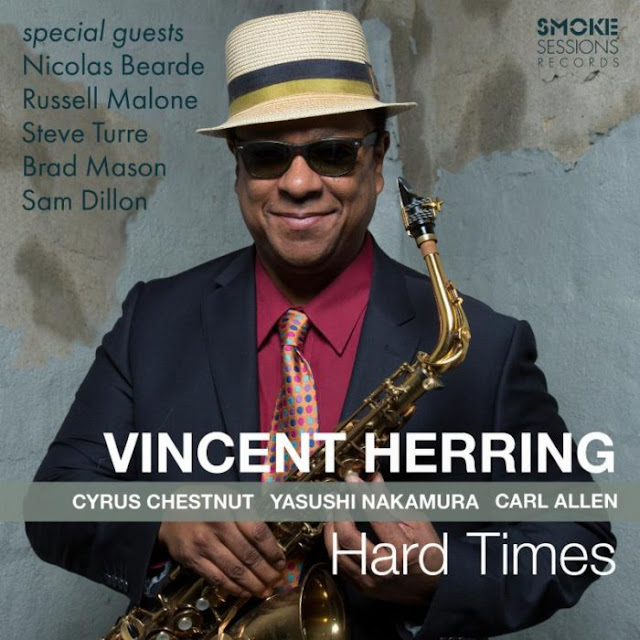 There’s no avoiding the hard times. Every human being that’s walked this Earth has had his or her share of the blues, from the personal to the political, the local to the global. But with another ominous headline coming every day, with news alerts constantly erupting from our various devices, with social media facilitating vitriolic shouting matches between friends and strangers alike, it’s not too much of a stretch to say that our present era offers more than its fair share of challenges and burdens.

Vincent Herring doesn’t have the answers to those issues any more than the rest of us. What he can offer is a tonic to help calm the turbulence of modern life, at least for an hour. With Hard Times, his third release for Smoke Sessions Records, the master saxophonist supplies the perfect musical response to our troubled existence–part escape, part defiance; part lament, part laughter. Over the course of these 11 songs, Herring and his stellar band both sing the blues and shake them off in ways both healing and infectious. 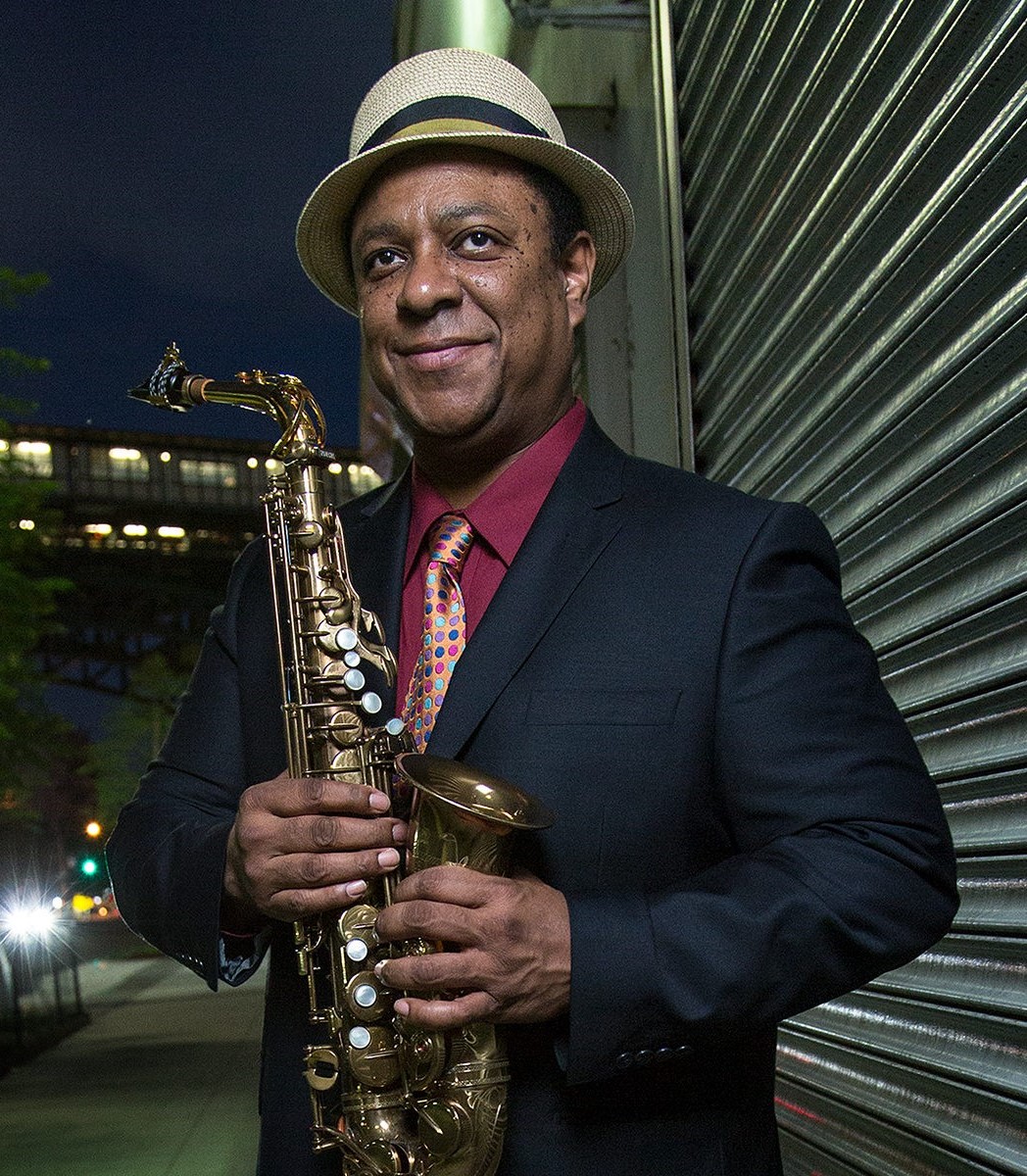 Due out November 3, Hard Times arrives just in time to serve as a fiercely swinging distraction for the first anniversary of last year’s dark election day. Herring has convened his own boisterous and soulful cabinet for the occasion, featuring a core quartet with pianist Cyrus Chestnut, bassist Yasushi Nakamura, and drummer Carl Allen. Herring’s conception of the project evolved along with the tumultuous year as he was joined by Nakamura and Allen for two sets every Monday at Smoke for six months.

Though Herring was going through a rough patch in his personal life at the time of the recording, he had a much more wide-ranging vision in mind for Hard Times. “It’s the theme of the times that we’re going through,” he explained, pointing out that, at the time of this writing, the possibility of nuclear war suddenly seemed very possible thanks to the bluster of saber-rattling world leaders – including America’s own. (Substitute any one of what will surely be another dozen provocations current when you read this.)

“The obvious red elephant in the room would be politics,” Herring continued. “So it’s hard times not necessarily just from my vantage point, but from looking at world events. At the same time, I do realize how blessed and fortunate I am to be living the life I’m living. I have a lot of real fans that support me and a lot of great people in my life; I have wonderful kids. This album will hit people in different ways, but I offer it as an uplifting piece for the hard times in the universe.”

Indeed, it’s difficult to worry too much about the fate of the world when Nakamura and Allen lock into the deep-rooted groove of “Hard Work,” the John Handy classic that opens the album. The song was a hit for Handy in 1976, just as Herring was learning to play the sax, so it provided a jolt of nostalgia along with its work song vibe. “I really wanted something simple like that,” Herring says, “a song that meant something to me from my childhood.” Released a few years later but no less influential, George Coleman’s “Amsterdam After Dark” prompts intense solo turns from Herring and Turre, who spar vividly in its closing moments.

“Hard Times” was produced by Paul Stache and Damon Smith and recorded live in New York at Sear Sound’s Studio C on a Sear-Avalon custom console at 96KHz/24bit and mixed to ½” analog tape using a Studer mastering deck. Available in audiophile HD format. 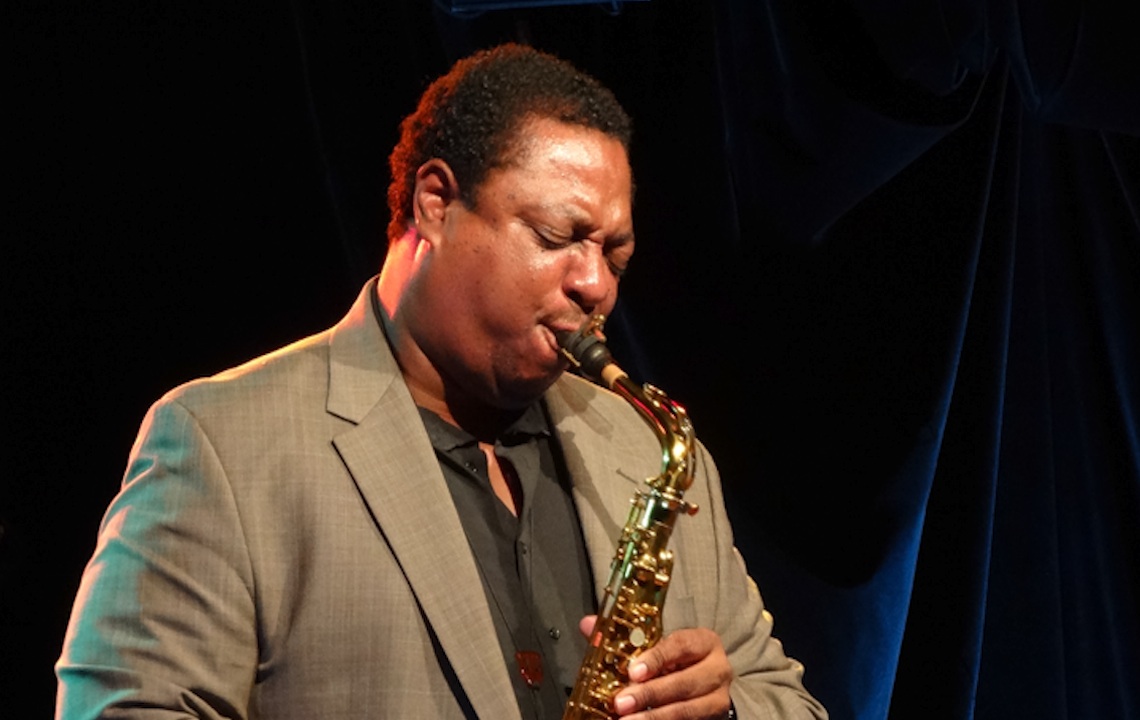 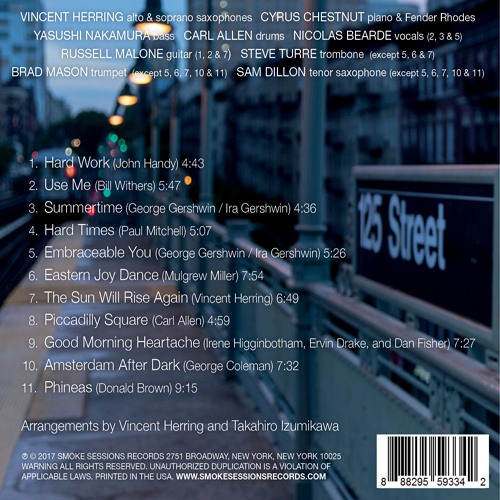