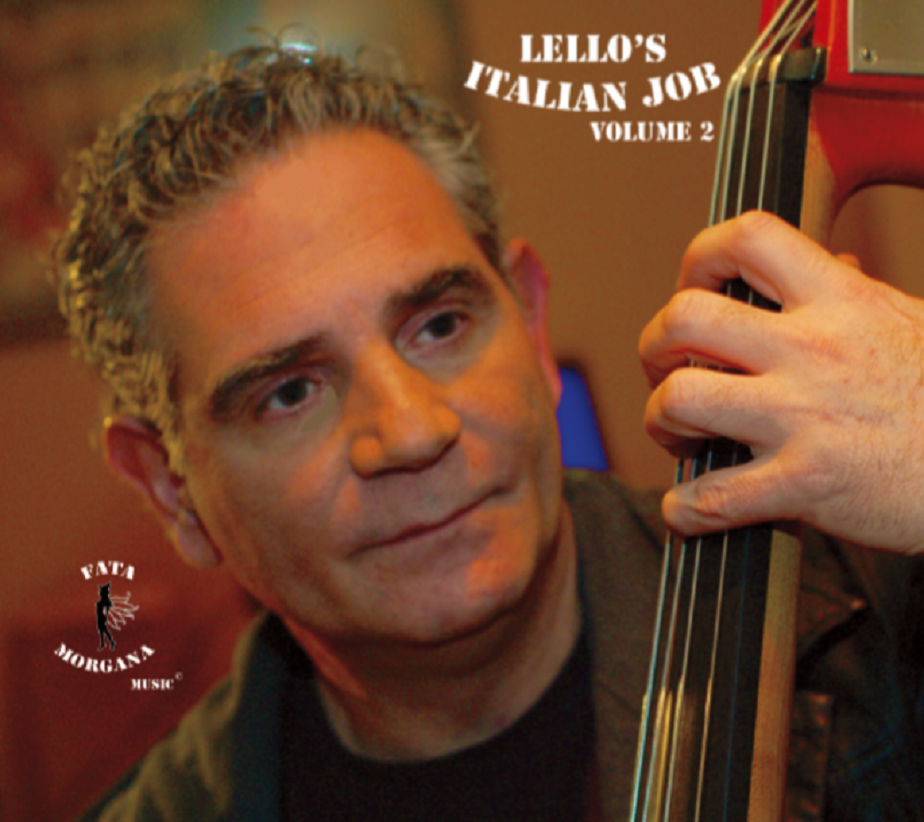 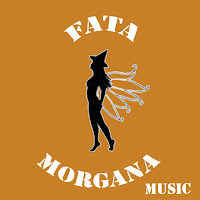 It's often been said that "you can't go home again" - but with his Italian Job project, Lello Molinari proves that old cliché wrong. The acclaimed bassist has not only returned to his Italian roots, but brought with him three decades of experience as a bandleader, an educator, and a virtuosic bassist with his fingers on the pulse of modern jazz. Now he views the unparalleled musical traditions of his homeland through the lens of a lifetime's worth of accumulated musical knowledge, creating something that's both Old World and New, deeply personal while reflecting a profound tradition.

Molinari left his native Naples, Italy in 1986 to study jazz at Boston's Berklee College of Music. In the intervening years he's gone on to become a revered educator at that same institution, perform as an in-demand bassist on both the jazz and classical music scenes in Boston, tour the U.S. and Europe with his own Quintet, and venture to the leading edges of jazz in partnership with saxophone great George Garzone.

In recent years, however, Molinari began to glance back over his shoulder at the wealth of musical riches to be found in the land of his birth. That adventure began as part of his 2000 album Multiple Personalities, which peppered three Italian tunes into an album that also veered from forward-leaning jazz to a Monk classic, and featured Garzone, guitarist Mick Goodrick, pianist Frank Carlberg and renowned Italian vocalist Chiara Civello. On the 2016 release Lello's Italian Job, Volume 1, he explored material from across the wide spectrum of Italian song - traditional folk music, classical arias, popular songs - and radically transformed them through his own singular jazz voice. Now, with Lello's Italian Job, Volume 2, he offers a second collection that marries timeless melodies to contemporary sounds.  The CD will be released on Friday, March 9, 2018 via Fata Morgana Music.

"I had a desire to reconnect with my roots," Molinari says. "But I also wanted to incorporate these new things that I've learned over the years here in the States to old material and give it a fresh look and a fresh take." 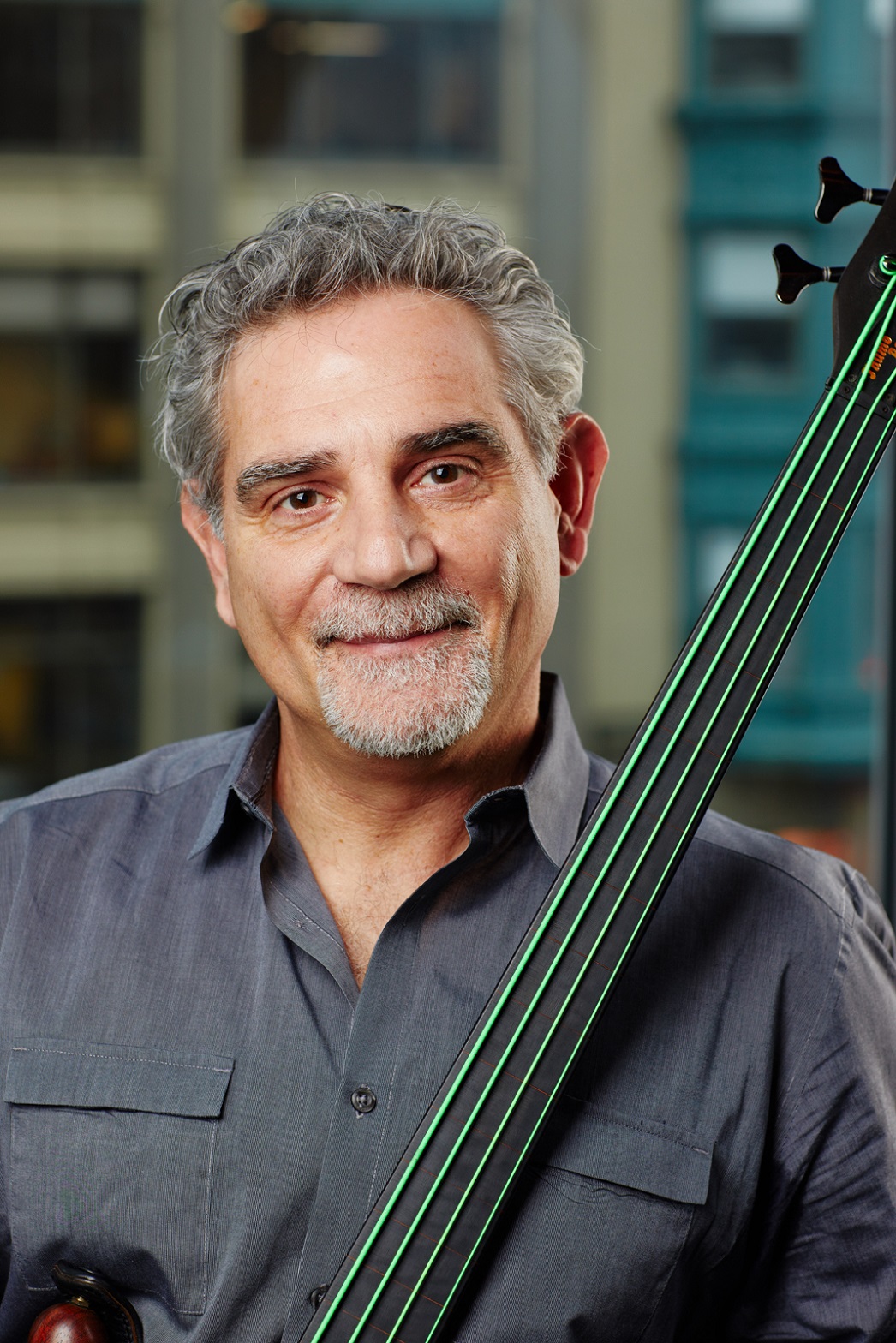 As on the first volume, Molinari leads a quartet of stellar artists who share his Italian heritage - and are all members of the Berklee faculty. Drummer Marcello Pellitteri is a fellow immigrant, hailing originally from Sicily, while saxophonist Dino Govoni and guitarist Sal DiFusco are both Italian-American. Their repertoire for Volume 2 varies from a Respighi tone poem to popular Neapolitan songs that have been sung for generations, to original music penned for the project.
With centuries of musical history to delve into, Molinari found that the hardest part of the project has been whittling down his list to just enough repertoire to fill (so far) two volumes. "Rather than picking which songs to do, I really had to think about which ones not to do," he says. "If you think about Italian music, it's like saying

'Jazz' - there's so much and it's so diverse that it's impossible to put it into one place. Because I play with a number of orchestras, I've reconnected recently with classical music and opera. Then there are certain pieces of music that I just adore and that I wanted to do with my group in my way. Others were songs that I grew up with, folk songs that I've known since I was a kid. So it was a natural process."

The insistent tap of Pellitteri's percussion opens "'O Sarracino," a popular song by legendary Neapolitan performer Renato Carosone, given a jazz-funk feel by Govoni's keening soprano, Molinari's slinky electric bass line, and DiFusco's strummed groove. "Jazz Tarantella" takes the melody that is the bane of every Italian's existence - you know the one, it accompanies every Italian stereotype and cartoon that's ever appeared on screen - and reimagines it as an alluring straightahead jazz tune in the vein of Miles Davis' "Dear Old Stockholm." DiFusco's original "Sulla Strada di Damasco" follows, inspired by the story of the conversion of Saint Paul and incorporating a vaguely Middle Eastern feel.

"Lidio Napoletano" shows off the improvisational empathy of the trio, built on a short melody in the Lydian mode and created in homage to the treasured Boston band The Fringe, mainstays on the local scene for more than four decades. "Anema e Core," which has been sung in different languages by everyone from Perry Como to Andrea Boccelli, is a famous Neapolitan song written by Salve D'Esposito in 1950, rendered as a moving duet for bass and guitar. Another song that's traveled the globe, the famous "Torna a Surriento" has been recorded by everyone from Luciano Pavarotti to Dean Martin to Elvis Presley (as "Surrender"), its heartbreaking melody here pairing Govoni's EWI with cello played by Meena Murthy. The gorgeous melody of "Tu 'si 'na Cosa Grande" is set to a slow, swaying beguine, while Molinari and Pellitteri close the session with an improvised duet, evocatively titled "Neapolitan Snake."

"I guess as I get more mature," Molinari concludes, "I don't need to play 'punk jazz' anymore or do music that's so difficult to listen to. I can enjoy a simple structure, a simple melody - Lello's Italian Job lets me do both, reinterpreting this old material from a new, contemporary jazz point of view." 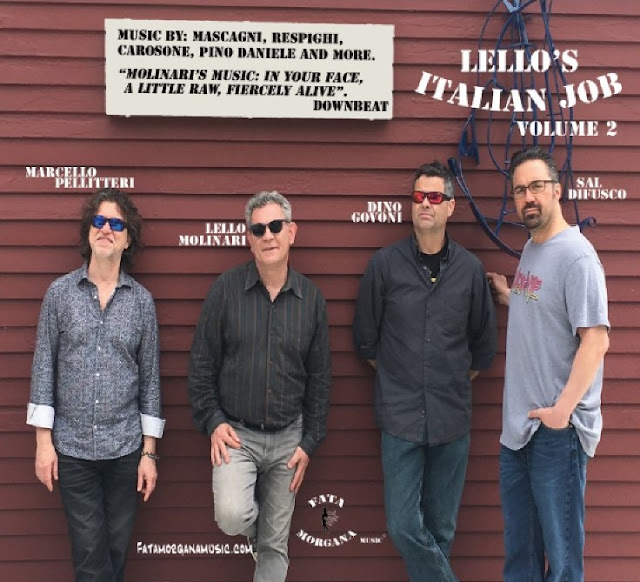 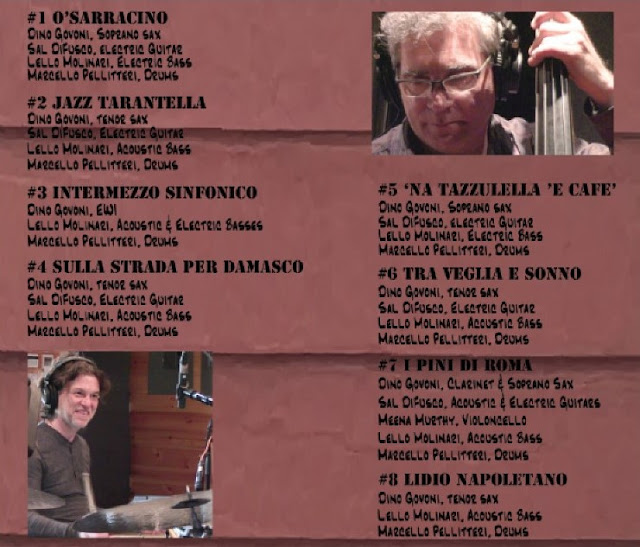 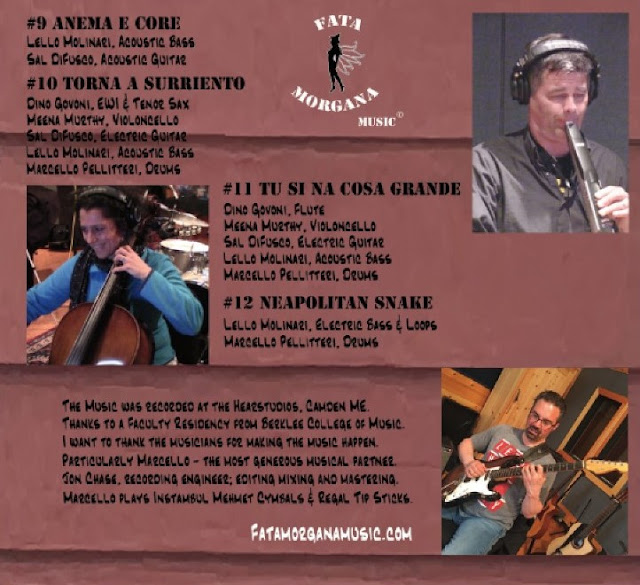 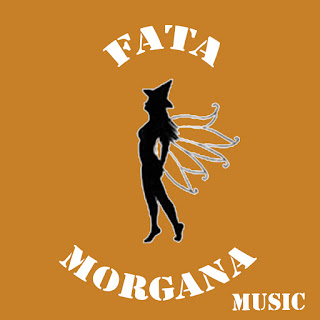