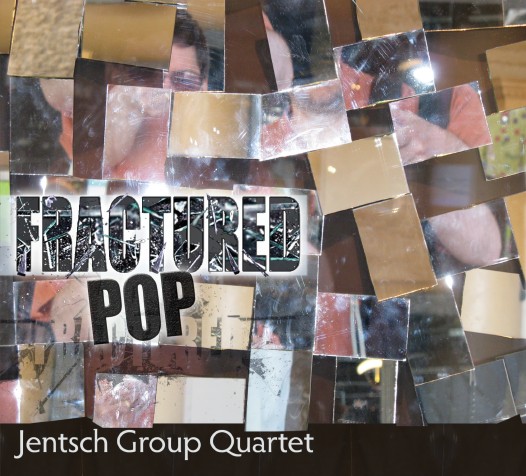 "The interesting thing is that he's using avant-garde techniques, but in a traditional framework."   Will Friedwald, NY Sun

Guitarist/composer Chris Jentsch - "Ša composer who can convey his ideas on a grand scale, swings with the grace of Duke Ellington and rocks with the nuance of Frank Zappa," (Mark F. Turner, All About Jazz)  - releases Fractured Pop, a double album length studio recording accompanied by extras including a DVD of a short live set.  The recording, Jentsch's fourth, will be out January 13, 2017 on the Fleur de Son label.

Fractured Pop features Jentsch Group Quartet with longtime compatriots Jim Whitney (double bass) and John Mettam (drums), and multi-instrumentalist Matt Renzi.  It's accompanied by a DVD of a short live set recorded at Context Studios in Greenpoint, Brooklyn, and chock full of extras like alternate takes, slide show music videos, a high-resolution FLAC file of the audio CD, PDF lead sheets of the tunes, and four of the composer's own remix/mash ups.

As Bill Milkowski writes in the album's liner notes, in Fractured Pop "Jentsch re-examines some of the same tunes that appeared on his large ensemble outings with a lean quartetŠ The title track, for instance, has a whole web of guitars, from acoustic strumming on the intro to clean electric lines played in unison with Renzi's sax on the intricate head to Jentsch's distortion-laced guitar solo. The moody and atmospheric 'Radio Silence' also makes use of crafty guitar overdubs throughoutŠ'Are You Bye?' Jentsch's clever contrafact of 'Bye Bye Blackbird,' is underscored by Mettam's supple brushwork and culminates in some fiery call-and-response between sax and guitar at the tagŠ. 'Route 666,' a hard-hitting groover with angular lines, is fueled by bassist Whitney and sparked by a twisted distorto solo from JentschŠ. Tenor sax and distorted guitar lines weave together near the end of 'Meeting at Surratt's', building to an ecstatic crescendo." 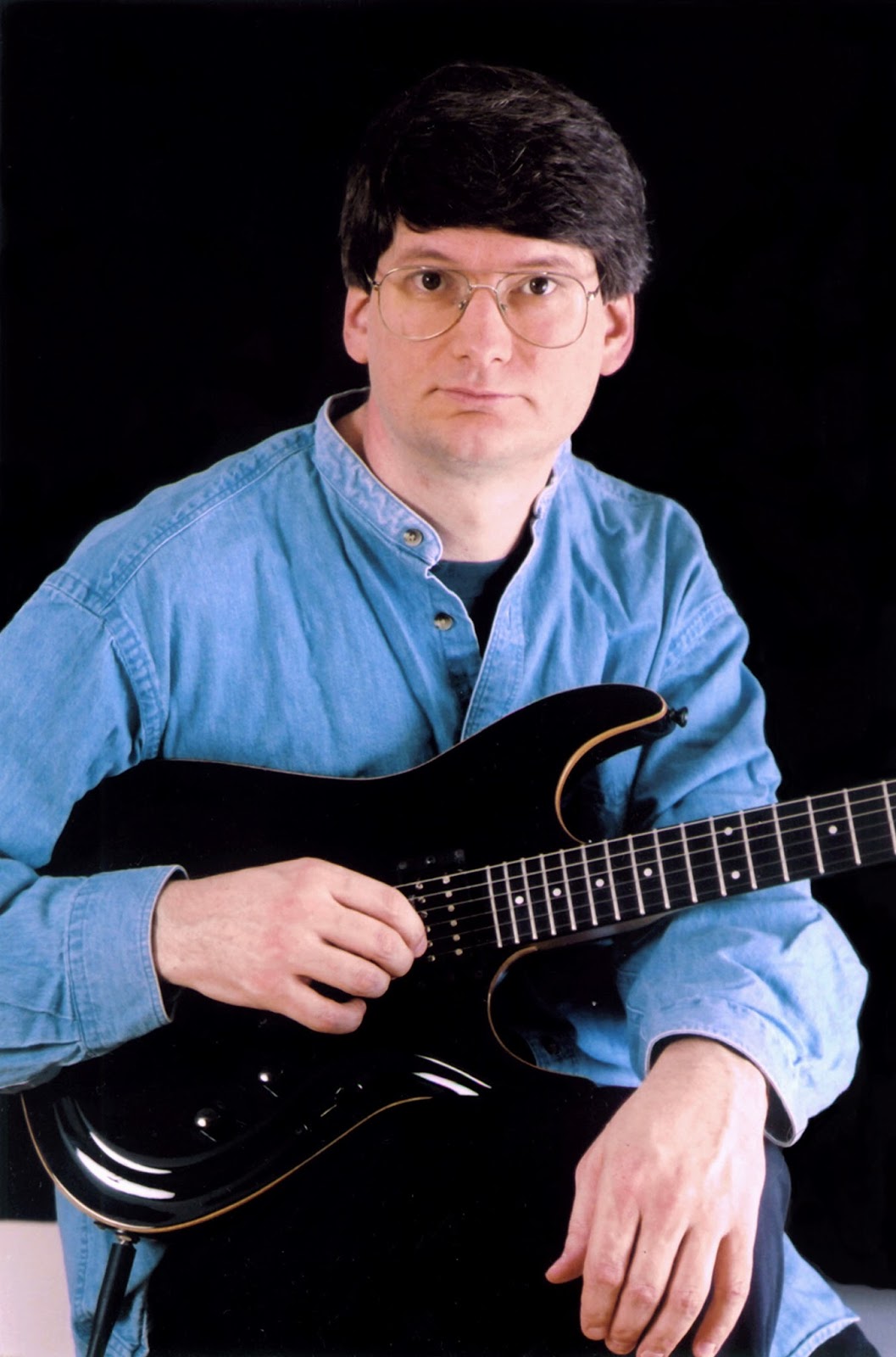 Chris Jentsch is a Brooklyn-based composer, bandleader, and guitarist working primarily in jazz and contemporary improvisational forms. Based in NYC since 1999, his main ensemble is Jentsch Group in its various configurations. As a composer, he has been the recipient of grants, commissions, or fellowships from American Composers Forum (3), New Music USA, Meet the Composer, New York State Council on the Arts (3), Ucross Foundation (2), and most recently, Chamber Music America/Doris Duke New Jazz Works, which commissioned his new work Topics in American History.

The work will have its world premiere on Friday, December 2 at ShapeShifter Lab in Brooklyn, NY. The piece will also be performed on Sunday, January 8 at iBeam, 168 7th St., Brooklyn. Performing is Jentsch Group No Net, a nine-piece chamber jazz ensemble conducted by JC Sanford with Jentsch on guitar, Michel Gentile on flute, Mike McGinnis on clarinet, Jason Rigby on saxophone, David Smith on trumpet, Brian Drye on trombone, Jacob Sacks on piano, Jim Whitney on bass, and Eric Halvorson on percussion. As a bandleader and sideman Jentsch has performed in clubs and concert halls throughout the East Coast, and has worked with such diverse musical personalities as George Russell, John Cage, Maria Schneider, and Chris Wood. He appears as a guitarist on the CD John Cage, Volume 11 (Mode Records 41). He is also featured in Scott Yanow's book The Great Jazz Guitarists (2013 Hal Leonard). Jentsch has released four CDs as a leader.

Jentsch attended Berklee College of Music and has liberal arts and jazz guitar degrees from Gettysburg College, New England Conservatory, and the Eastman School of Music. He earned the Doctor of Musical Arts degree in Jazz Composition from the University of Miami in 1999 and is published by the University of Northern Colorado Press, Advance Music, and Fleur de Son Records. 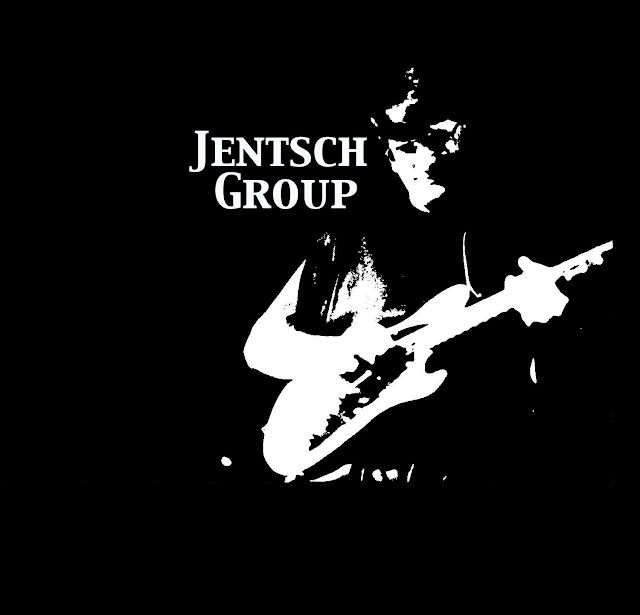 Topics in American History by Christopher Jentsch and Jentsch Group No Net has been made possible with support from Chamber Music America's 2015 New Jazz Works Program funded through the generosity of the Doris Duke Charitable Foundation.
Posted by Republic of Jazz a la dirección 11:00 PM

Nick Finzer & Chris Ziemba Live in Memphis (Outside in Music 2016) 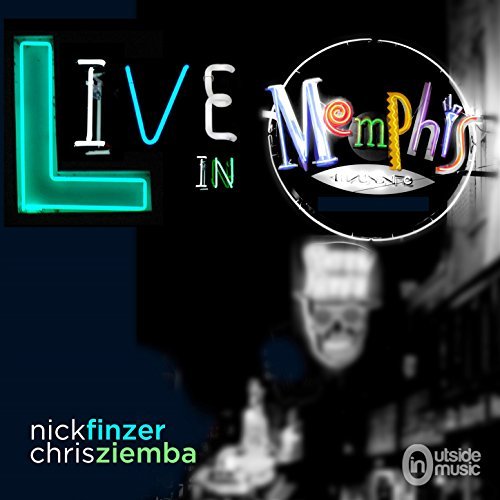 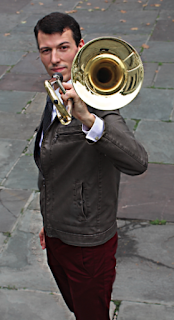 An award-winning composer, arranger, and trombonist, Finzer is bringing the joy and power of Jazz to both traditional fans and the most modern 21st century audiences. He’s on a mission to be a passionate voice defining the sound of Jazz in this age while also bringing street cred to the trombone with a bold, tight sound.

Born into the musical world (Mom Sherry Finzer is an international flutist), Finzer developed a fascination for the music of Duke Ellington and found himself, in high school, performing at the annual Essentially Ellington competition of Jazz at Lincoln Center. It was then that he decided to pursue a life in music himself. His budding talent was recognized by Wycliffe Gordon who began a life-long mentorship by writing four pieces for the young Finzer while he attended the Eastman School of Music. Nick went on to get his masters at Juilliard’s prestigious Jazz program where he was mentored by the trombone legend Steve Turre.

In January of 2013 Nick released his recording debut as a bandleader and composer with “Exposition” (Outside In Music). Two tracks appearing on the album garnered Finzer a pair of accolades: The prestigious American Society of Composers and Performers (ASCAP)’s Herb Alpert Award for young composers (2013 & 2015)

In 2014, Nick composed a new album-length work, “The Chase.” Nick's sophomore album debuted in July of 2015 on Origin Records to rave reviews, a feature article in Downbeat Magazine, and peaked at #6 on the JazzWeek Charts.

Famed trombonist and mentor Wycliffe Gordon called Finzer “a new voice [in] the pantheon of upcoming trombone greats in the making” and added “Nick's CD is a glowing example of things to come.”

When away from NYC, Finzer can be found touring the globe not only with his own projects, but as part of YouTube sensation, Scott Bradlee’s Postmodern Jukebox. Finzer has joined the group on television, in viral videos with millions of views, and on tours across North America, Australia, New Zealand and Europe. 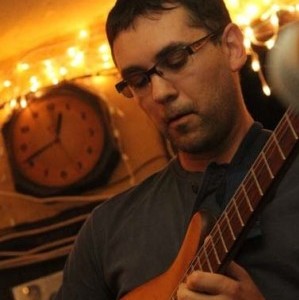 Artists Recording Collective artist, Dan Arcamone is a guitarist/composer hailing from Norwalk, CT. As a composer and performer, Arcamone’s powerful yet elegant style has been winning over audiences and critics alike. A diverse player, Arcamone is equally at home creating beautiful, arcing melodies on a ballad as he is taking the reins on a burning, rock-fused solo, qualities that have caused him to make waves as both a leader and sideman. Dan has performed and/or recorded with Sean Nowell, Mark Small, Brad Mason, Jen Allen, Thierry Arpino, Marko Djordjevic, Henry Lugo, Rich Zurkowski, Nathan Peck, Janek Gwizdala, Justin Vasquez, Martin Bejerano, Thomson Kneeland, Kenny Grohowski, Horacio "El Negro" Hernandez, Joe Abba, Damian Curtis, Zaccai Curtis, and Damon Grant, among other great musicians. Arcamone's musical style is hard to pin down with a single term, needless to say it is the result of years of focused study and  performances. These experiences have culminated in a personalized approach to the guitar that challenges the listener to think outside of their common expectations.