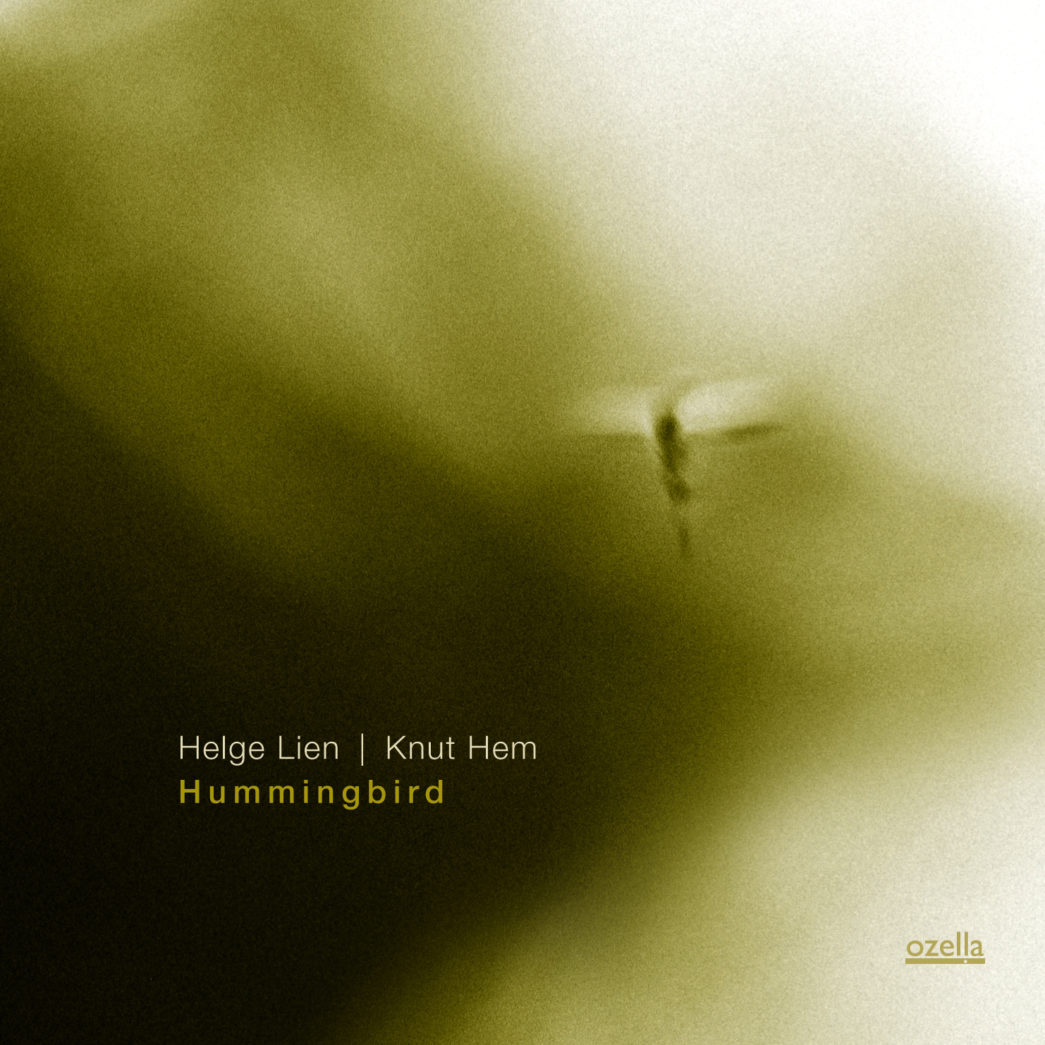 Lien holds a master degree in music from the Norwegian Academy of Music, where Russian pianist Misha Alperin was his mentor and teacher of improvisation.

The core of Lien’s work has since 1999 been the Helge Lien Trio, consisting of the classic jazz constellation piano, bass and drums. In 2008 the trio won the Norwegian Grammy for their album Hello Troll, and has achieved international acclaim following nine international album releases, as well as numerous tours and festival performances in Japan, Canada, South Korea, Europe and Scandinavia.

Lien is often to be heard making magic with the legendary Norwegian bass player Arild Andersen, both in trio and quartet settings. The live album “The Rose Window” was released in 2016, a trio recording with Andersen, Lien and drummer Gard Nilssen.

He has released two duo albums with singer Live Maria Roggen, the latest, ”YOU”, was released in 2017 on Ozella Music (DE). 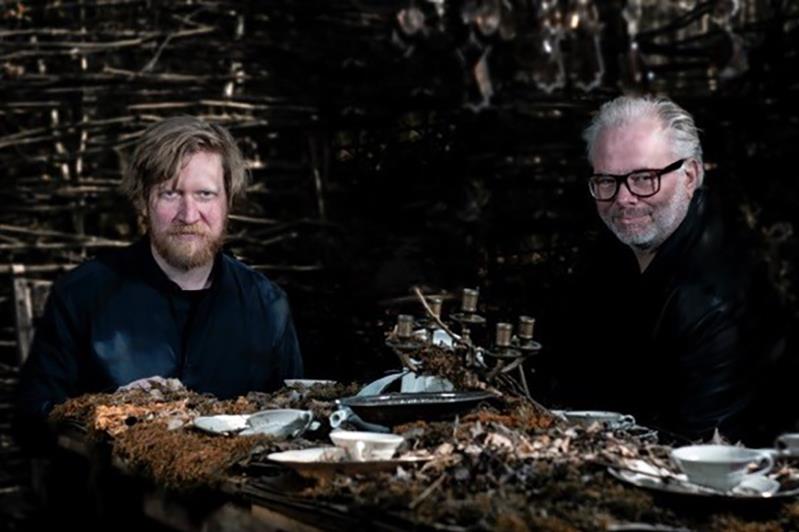 In April 2017 he will release album number nine with Helge Lien Trio, ”Guzuguzu”, on Ozella Music.

Lien is known from a variety of other musical contexts, such as Tri O’Trang, the duo Hero with saxophonist Rolf-Erik Nystrom, and with the vocalists Silje Nergaard, Frida Ånnevik and Jørn Simen Øverli. In 2014 Lien was given the honour of composing the official concert celebrating the anniversary of the birth of Norwegian beloved poet and playwright Alf Prøysen.

In addition to his activities as composer and performer, Lien is currently employed as an associate professor in jazz at the Norwegian Academy of Music in Oslo.

Originally influenced by Bill Evans’ lyric-dynamic style of playing, he also shows affinity with Keith Jarrett’s narrative inventiveness and the subtle strophic expression of Brad Mehldau. Although contemporary and constantly moving forward, Lien’s heritage from growing up in an environment of untouched nature and folk music is noticeably ingrained in his sound. Today Lien is an equally innovative and technically brilliant player. His resourcefulness and briskly responsive playing is extremely beneficial to him and his fellow musicians. Lien proves himself as an excellent “composer of the moment” in all of his work – regardless of genre. 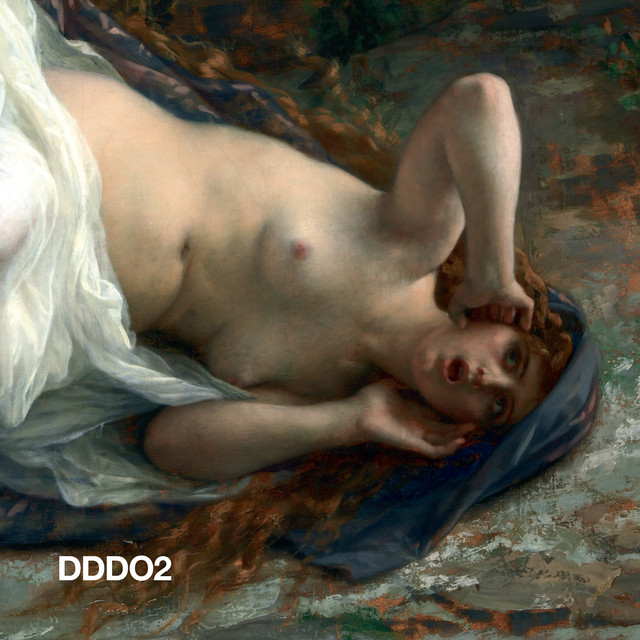 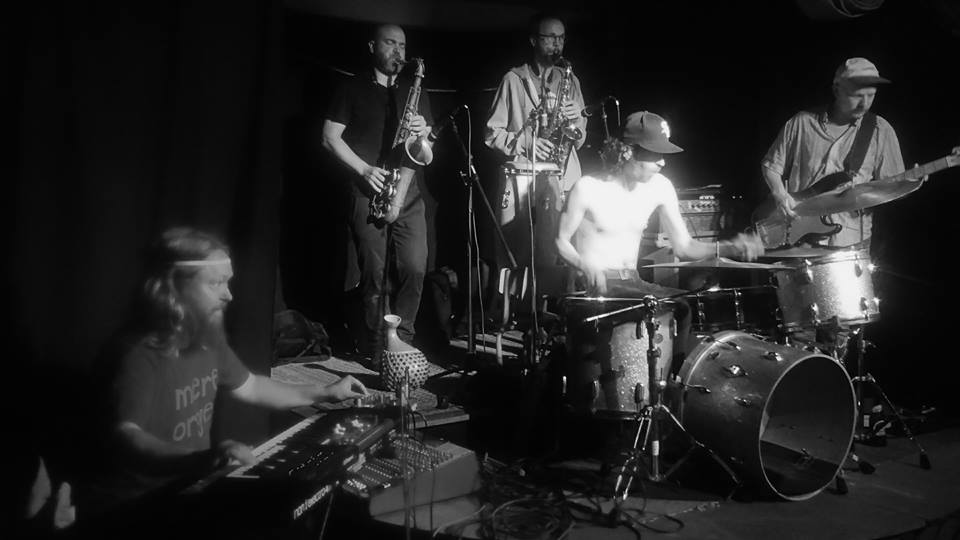 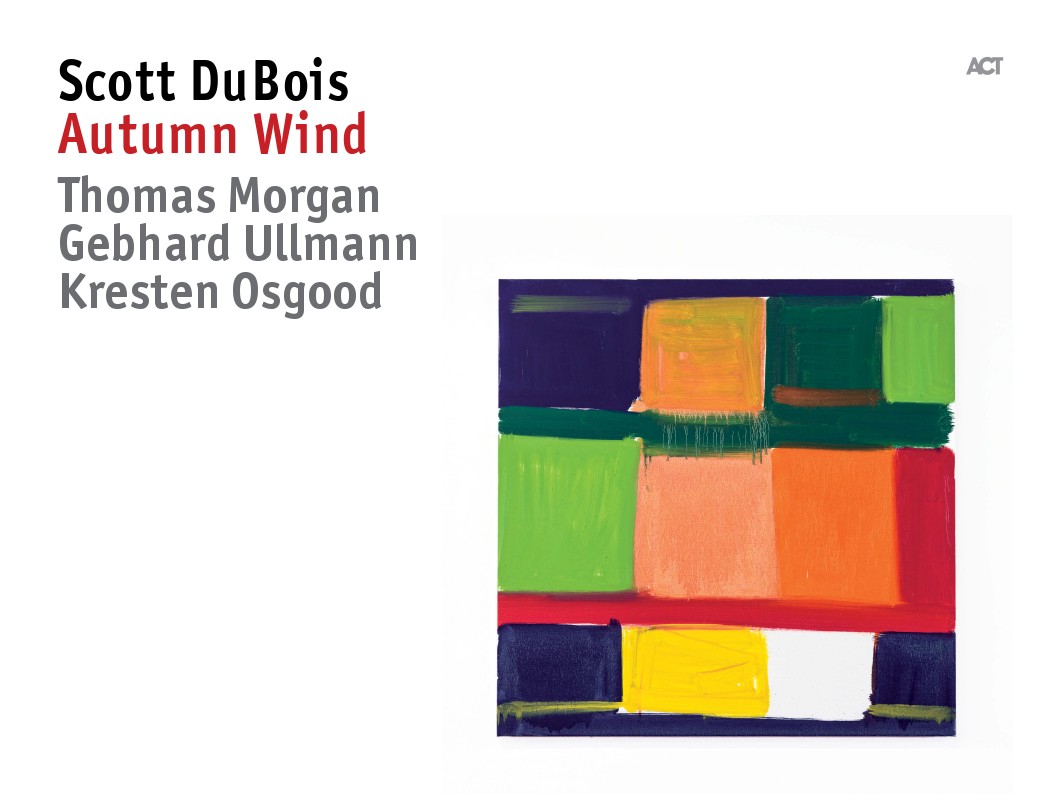 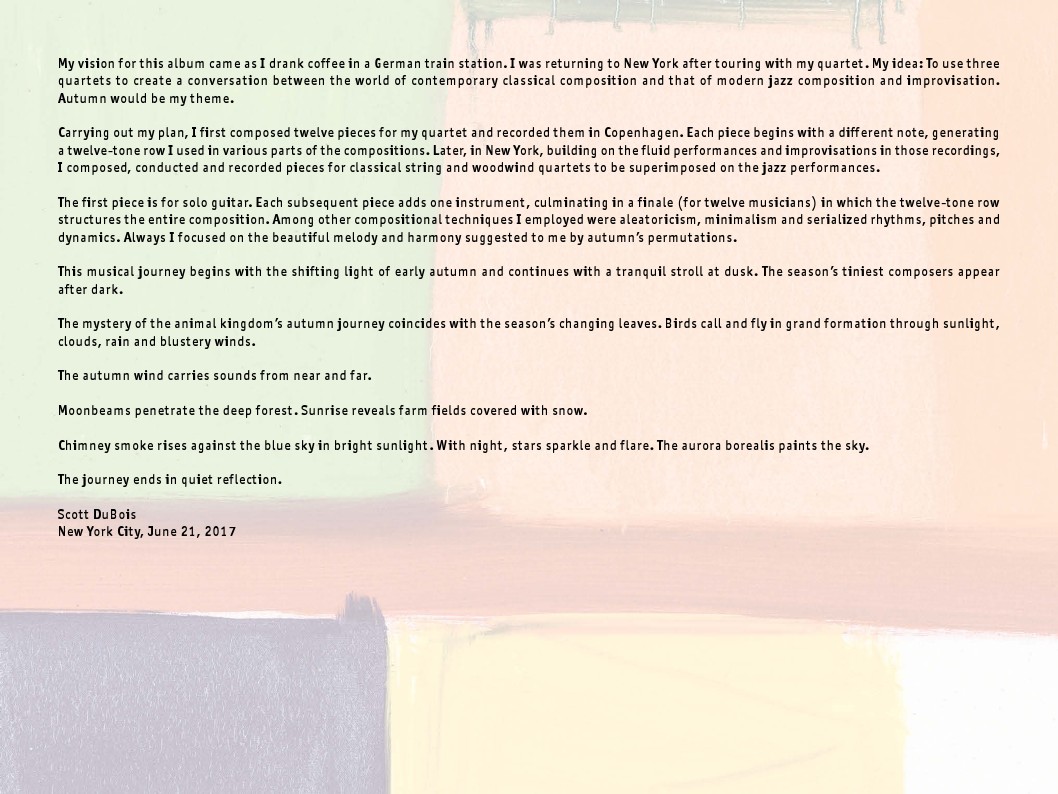 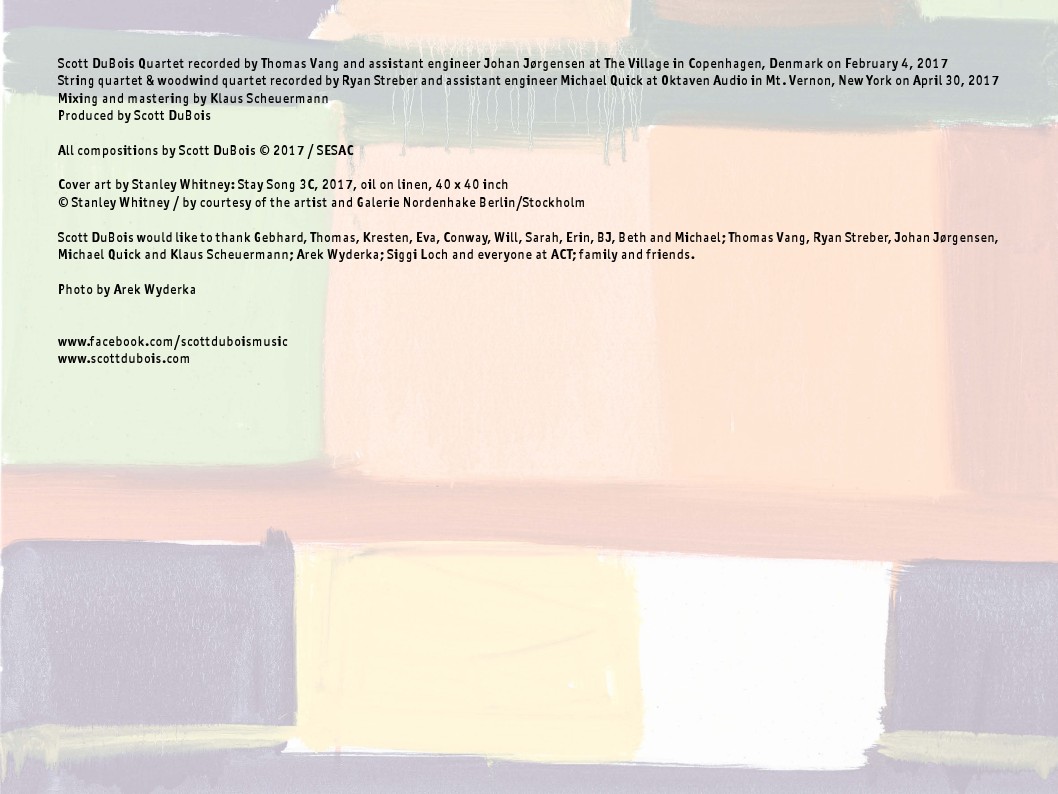 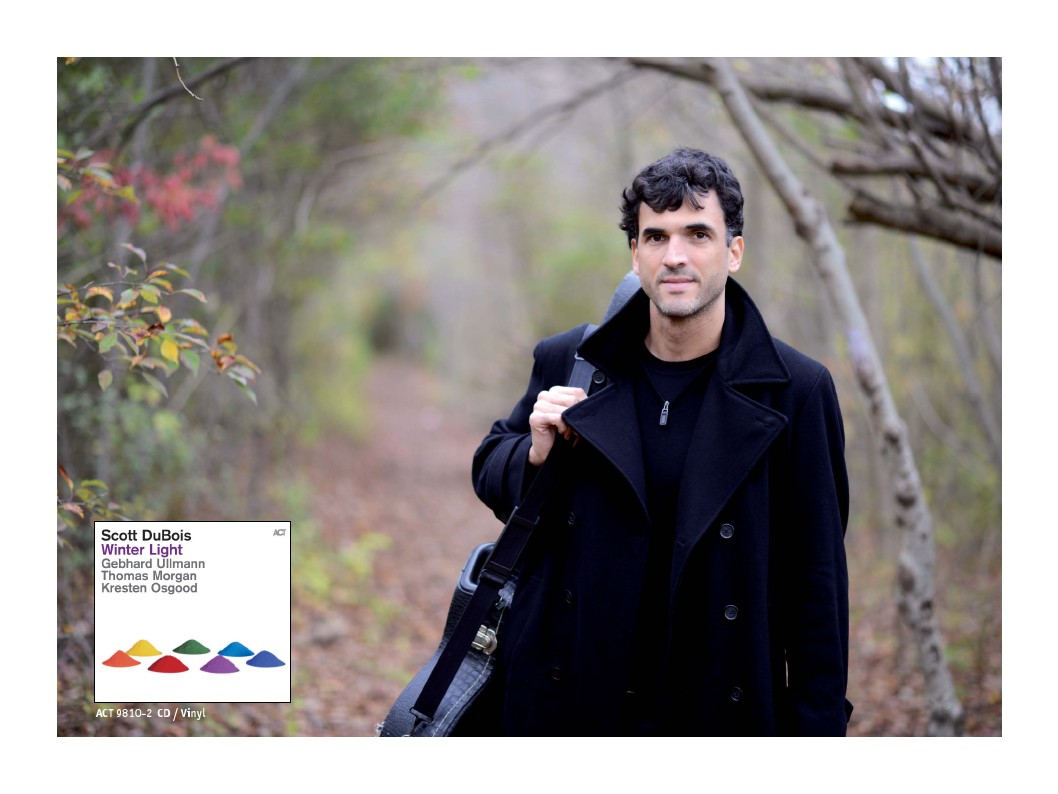 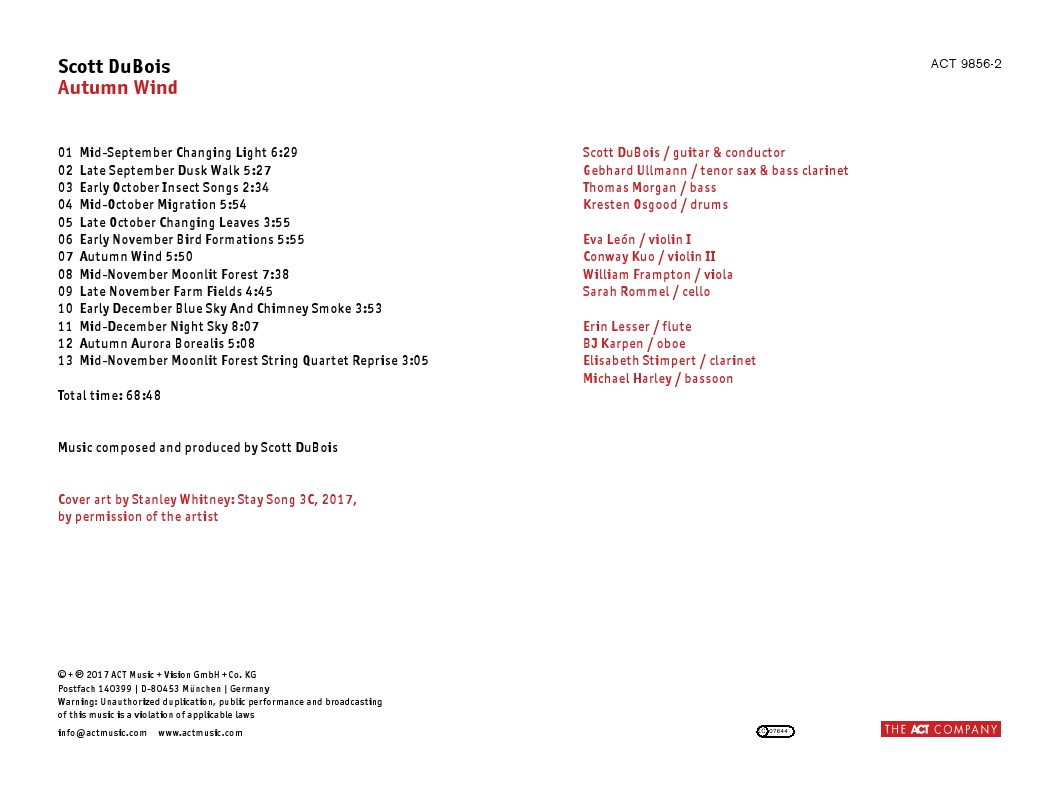 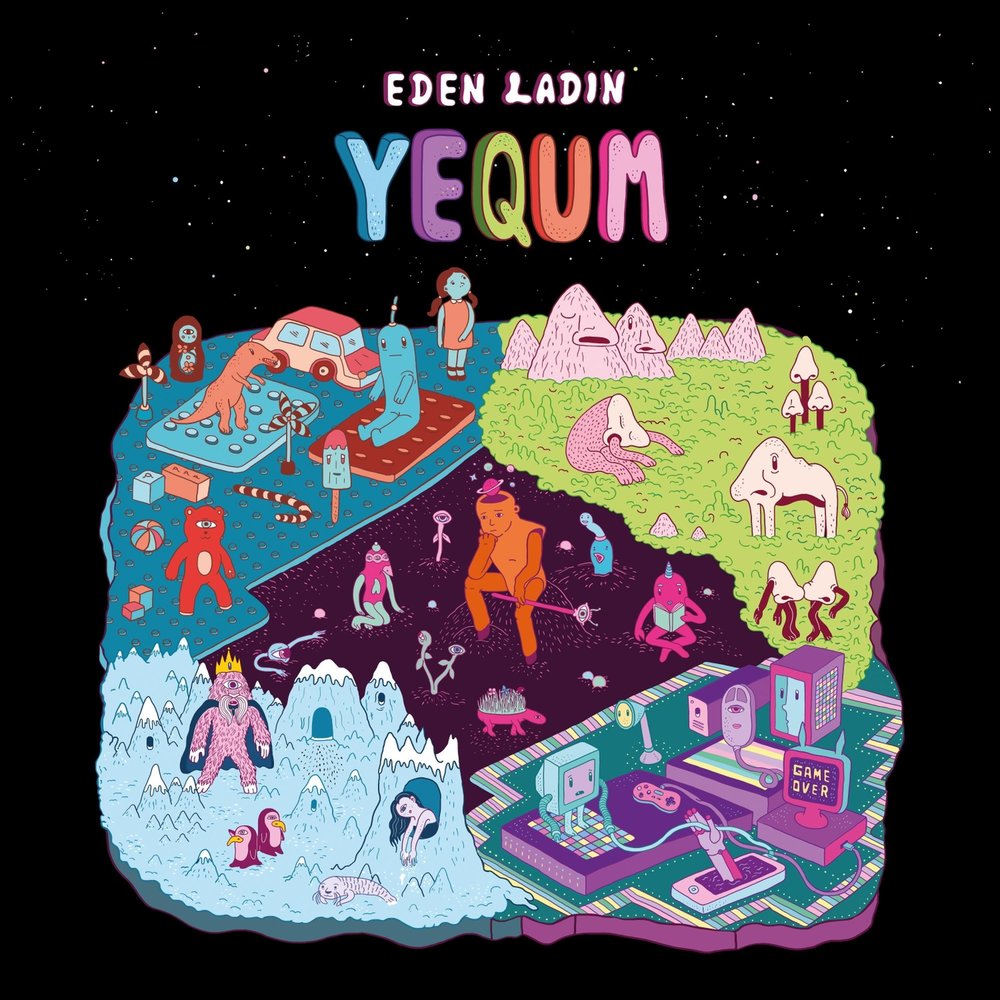 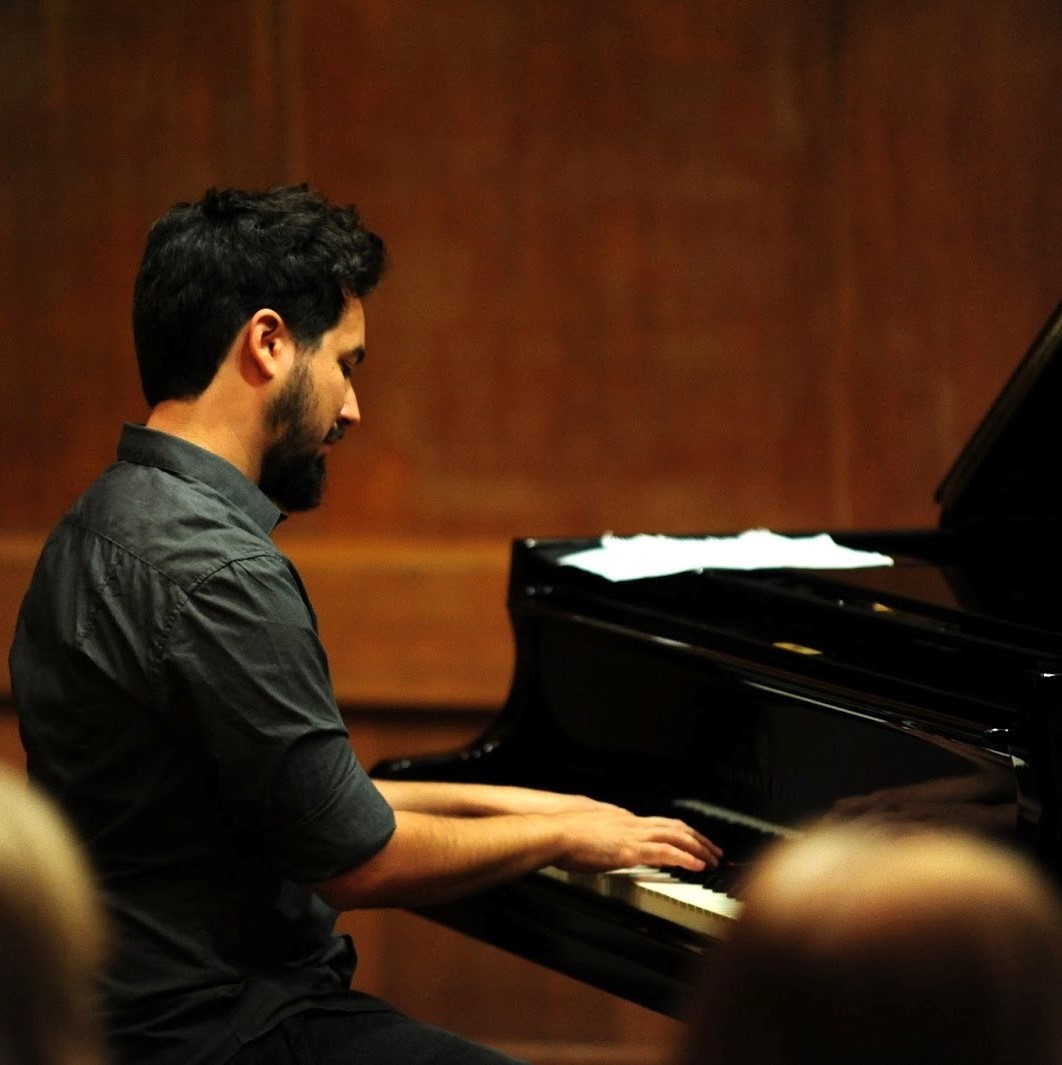 After nearly nine years of living in NYC and being an in-demand sideman for the likes of Omer Avital, Myron Walden, Wallace Roney, Ari Hoenig, bassist Avishai Cohen, Camila Meza, trumpeter Avishai Cohen and many others, pianist/composer/bandleader Eden Ladin proudly announces the release of his debut album, Yequm, to be released on Dayna Stephens’ label, Contagious Music on October 6. This long awaited moment reveals an artist who has paid his dues, gained knowledge and racked up experience. During his time on the scene he has allowed his artistry to steep in the longstanding tradition of being a first call sideman in New York City. Therefore, what we hear on his debut album, Yequm, is a fully-formed artist who was able to sit in silence, listen to the music resonating in his mind, and uncover a personal narrative of original compositions, reflecting years of musical exploration, traveling back and forth between New York and Tel Aviv, and experiences around the world. The music is co-interpreted by Dayna Stephens, John Ellis, Gilad Hekselman, Harish Raghavan and Daniel Dor, alongside special guests Camila Meza and Yonatan Albalak. The title – Yequm is Hebrew for “Universe.” Welcome to pianist Eden Ladin’s Yequm, an exciting, unique and brilliant debut from a young artist bursting with talent and promise.

Contagious Music label owner/saxophonist/composer/bandleader Dayna Stephens said of Ladin and Yequm, “Eden has a limitless imagination when it comes to melody harmony and how to weave his influences into his sound. I've being inspired by his writing and playing and in both aspects he clearly has a strong foundation that comes from studying masters that span many genres. As I’ve seen him develop over the years he has built on that foundation a unique sound creation that is beautifully displayed on Yequm. When hearing it for the first time, Eden mentioned to me that he hadn’t found a way to release it, the solution then became obvious, this is NEED TO HEAR music to my ears, and through Contagious Music I’ll do my best to allow it to blossom.”

About The Music on Yequm with Eden Ladin:

Lonely Arcade Man – The entire album is comprised of original compositions by Ladin. This was originally written as an electronic track and is based on an imaginary story the pianist/composer had about a character trapped inside an arcade game. “Every time someone plays the game he is happy, but once they're finished he lives inside this little digital world by himself. Sometimes I can feel like this man (don’t we all?).”

Smell / Faded Memory – This tune was in progress for many years, and has had many transfigurations. The first four bars come from an idea Ladin had back in 2006, when he was still in his teens and wasn’t completed until 2013/2014. “In other words this song was a work in progress for about 9 years. The song examines that feeling you get when you recognize a familiar smell from the past. For example a hint of that perfume your grandmother wore when you were 5 can revive vivid childhood memories, almost like a flashback. That sensation is really unique.”

From The Frozen Cave – This serves as intro to the next track on the album. “Throughout the years I’ve worked a lot with one of my best friends and musical brother, Yonatan Albalak. It was very important for me to have him on this record, even if for one track (as he lives in Israel). I sent him the track, told him the imaginary story surrounding it (see below), and asked him to play an intro for it; I knew he would understand me. He later sent me four different takes that were all amazing. The one we chose here was exactly what I envisioned.”

The One Warm Hearted Man Living In The Kingdom Of Ice – This is another tune that was a work in progress for many years – Ladin is an artist that allows compositions to take their time as they come into maturity. “The story takes place on a frozen planet engulfed in huge, blue glaciers, frozen lakes, and endless snowstorms. At the peak of the highest mountain lies a dark castle and inside lives an evil witch with a frozen heart. She terrorizes the zombie-like people of the planet; they all fear her. But there is one man, a warrior hiding in a cave; he has a warm heart. With his flaming sword and after years of strict practice he is now ready to defeat the evil witch and set the people of the planet free! This song tells the story of that man.”

The Way We Used To Laugh – This composition reflects feelings and thoughts about when you have to let someone go, who was very dear to you. “In a relationship - things can get complicated and problematic to a point where it can't be fixed. Even though this song was composed after such a time, it draws from the joyful memories we’ve shared and the laughs we’ve had together back when everything was wonderful.”

Safta (Grandma) – “Dedicated to my late grandmother, Rachel Plotkin, honoring a very special and unique person. When I was little she would often sit next to me while I practiced the piano, playing intimate concerts for her. During the final days as her illness progressed I wanted to return to Israel; however, it was important to her that I complete my senior recital first and then travel on the following day… But it was too late. She passed away on the day of my senior recital. She was the most positive person I've known, influencing me through the way she saw the world. She helped me understand that despite the sufferings of life, one should always dwell on the positive-there’s positivity in everything. This song is playful, not morbid, in celebration of her life and positive spirit. I chose to merge tracks 5 and 6 as they both remember the loss of people I’ve truly loved and they embrace their influence on my life.”

Times Square – “Reflects on the best and worst place in NYC. I took a video with my phone, went home, watched it next to my keyboards, and this melody just came out of me.”

Dreams – “Everything is possible there… People you love that are not a part of your life anymore can show up suddenly… But you can't always really reach them… I wanted a dreamy atmosphere and decided there would only be vocals, piano, and about 7 layers of keyboards synths.  I was fortunate to have my good friend and incredible musician Camila Meza singing on this one.”

Gambit – The seed of this track came from a phrase Ladin transcribed from a song by the electronic group, Boards Of Canada, which he is very influenced by. He composed a new melody and harmony on this idea and it grew from there. The title reflects Ladin’s recent fascination for Chess, and captures a situation in which a player risks one or more pieces to gain an advantage in position, a “gambit.” Obviously a risky thing to do because it’s a situation you must know how to get out of or you will lose the game - also a metaphor for life, sometimes you’ve got to risk a lot in order to become better.

Schlompi – “Schlompi was a toy store in Tel-Aviv that I used to go to as kid. This song that has kind of a playful and silly melody with hints of childhood melancholia, which reminded me of toy stores, and this store in particular.”

Autumn Song – “was written in autumn of course. I’ve always found autumn to be a very special time of year—a time of new beginnings on one hand but also of endings: happiness and mourning; rain and sun.” 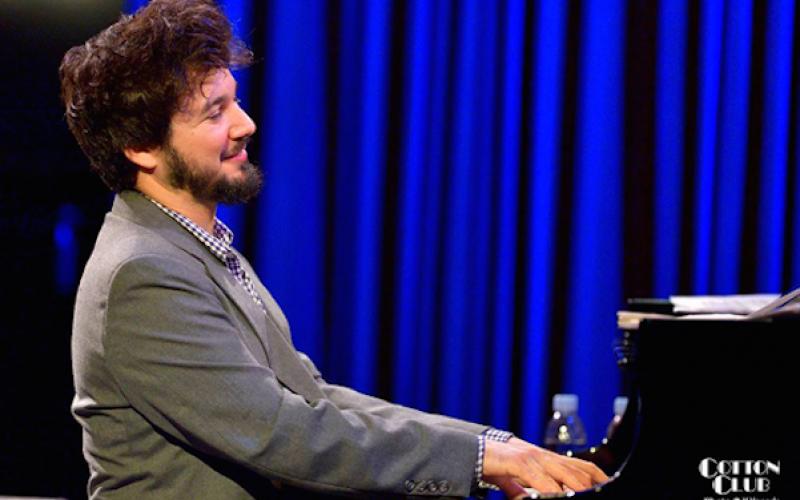 Posted by Unknown a la dirección 9:15 AM

Save 50% on One Special Cuneiform Album During This Weekend Only! 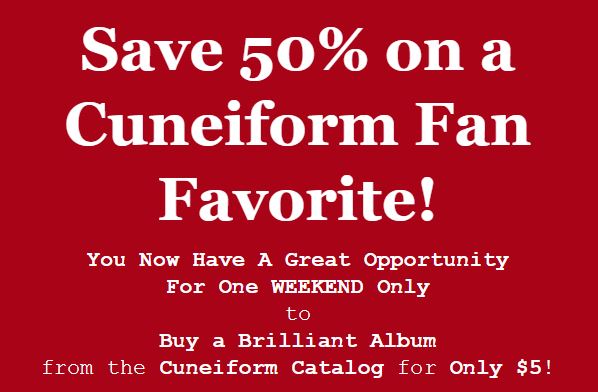 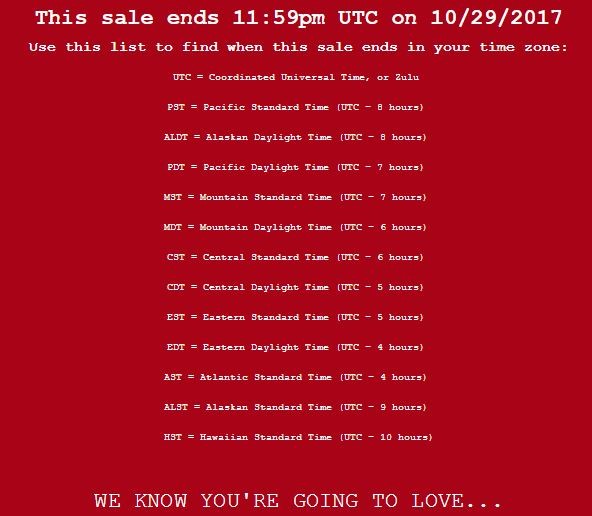 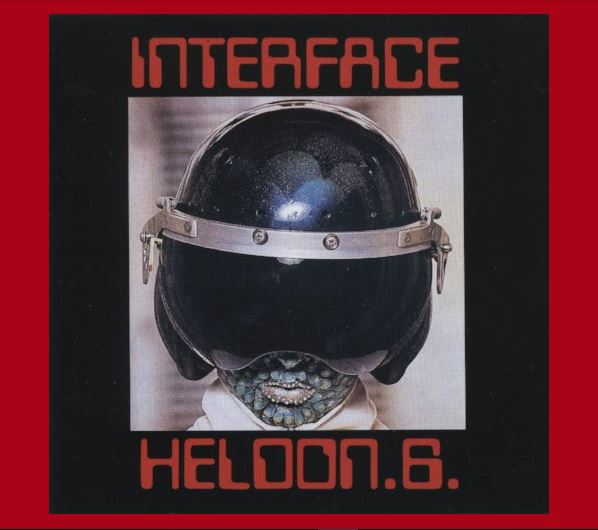 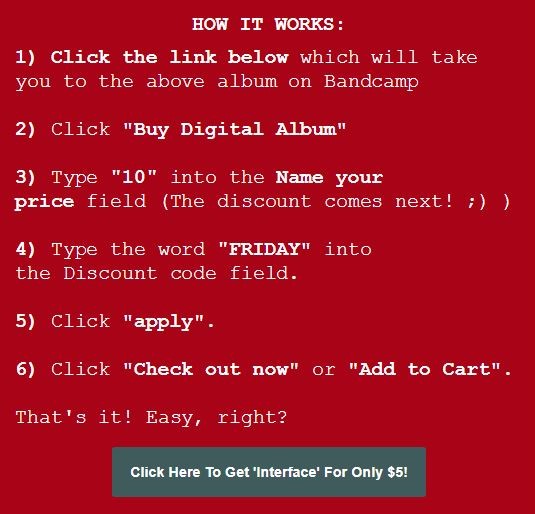