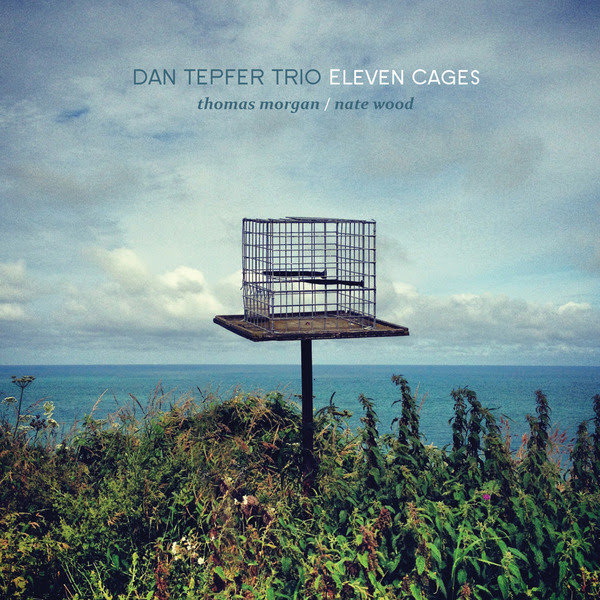 Dan Tepfer — whom New York magazine dubbed “one of the moment’s most adventurous and relevant musicians” — has criss-crossed the globe over the past several years.

Then there was Tepfer’s composing of fractal music for classical groups and his fascinating algorithmic music project, Acoustic Informatics. Now — kicking off what will be one of his most productive years yet — Tepfer presents Eleven Cages, a trio album with bassist Thomas Morgan and drummer Nate Wood to be released by Sunnyside Records on June 2, 2017. 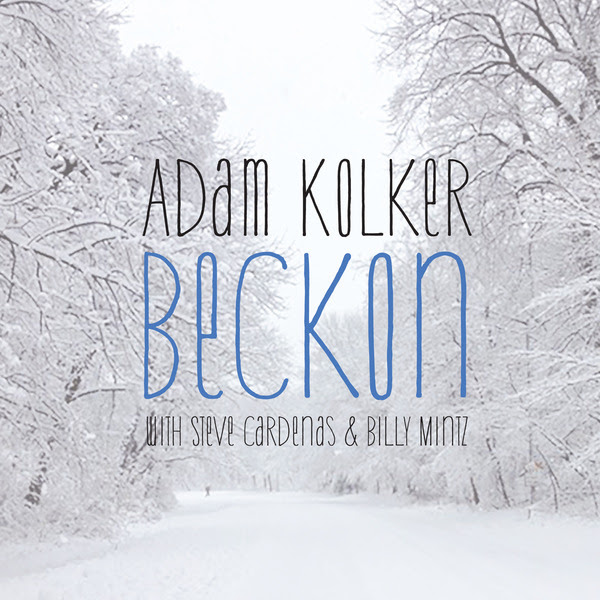 For the past couple of years, woodwind master and composer Adam Kolker has led a dynamic and wide-ranging trio featuring Billy Mintz, an outstanding drummer and composer with whom Kolker has played with regularly for years, and the brilliant guitarist Steve Cardenas. The empathetic interaction between the three musicians makes for fascinating, moving music. For his latest recording, Beckon, Kolker presents the trio along with a number of pieces featuring a woodwind ensemble.

Kolker’s overdubbing of woodwinds has been an important element of his recorded output. With this new project Kolker wanted to more fully integrate the wind ensemble with the trio, and he assembled a fantastic group  of professional woodwind players, namely flautist Lawrence Feldman, clarinetist David Gould, and bassoonist Jackie Henderson. 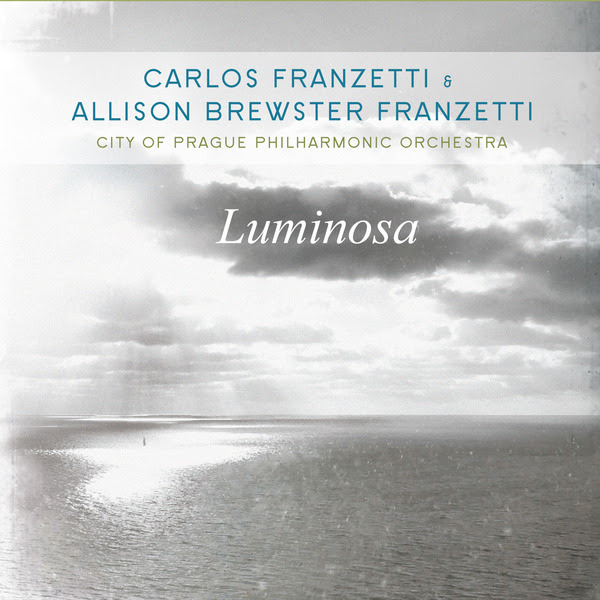 Argentinean composer/arranger Carlos Franzetti is well known for his devotion in bridging the gaps between jazz, classical and Argentinean folkloric music, especially tango. His efforts have led to fruitful collaborations with many important musicians and ensembles. None has been more important than the work he has done with his wife, the concert pianist Allison Brewster Franzetti, and his regular orchestra, The City of Prague Philharmonic Orchestra.

For their new recording, Luminosa, Franzetti and Brewster Franzetti join the City of Prague Philharmonic Orchestra once again to record a collection of pieces by Franzetti and a handful of celebrated Argentinean composers. Franzetti conducts the pianist and the orchestra through pieces that blend the rhythms of Argentina, jazz harmonies and popular classical sensibilities into attractive and highly listenable pieces that hark back to popular instrumental music of the 1950s and 1960s. 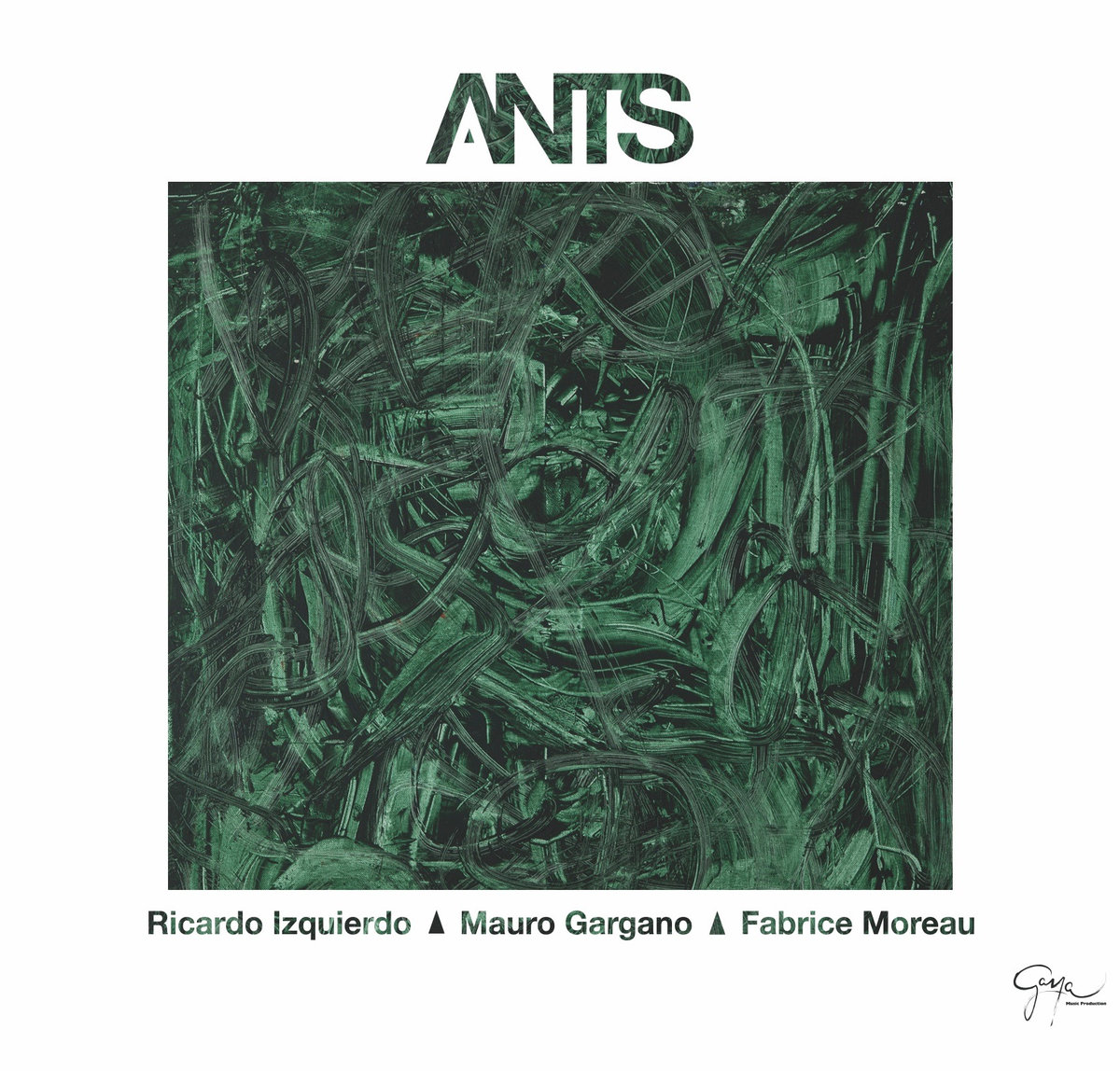 The band and its music come together in the love, respect, and open mindedness they have for all kinds of music from all over the globe and from all epochs. There are no borders which dictate their sound except their own desires and taste. Each musician brings his own cultural roots to the music they play whether it be a personal composition, song from the American song book, or an Cuban or Italian folk melody.

What they play is defined and flavored with the distinction imparted by each of their countries’ heritage, but what is played is contemporary and relevant because the music is within the currents of these times we now live in. 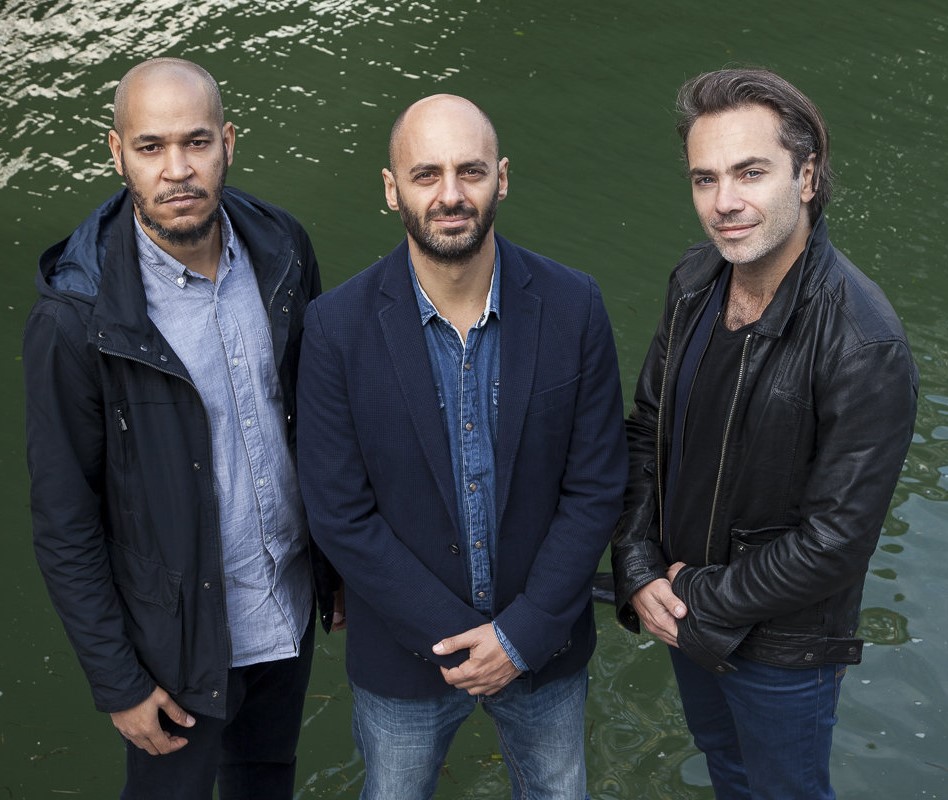 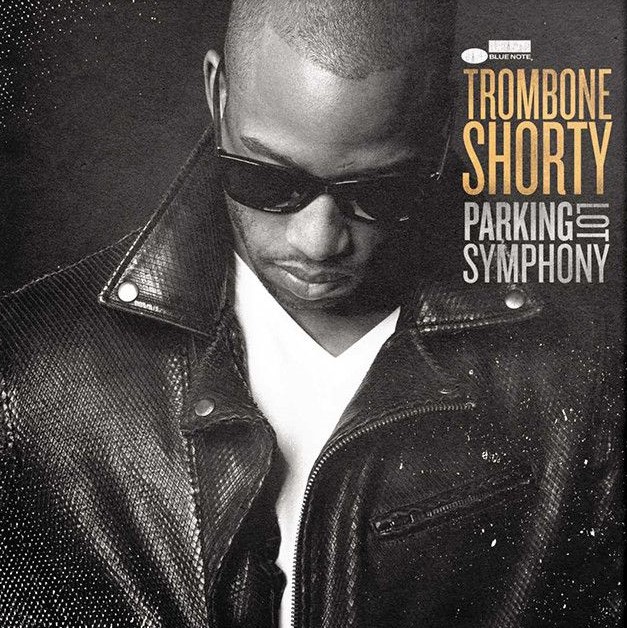 Trombone Shorty will release his Blue Note debut Parking Lot Symphony. The album is a 12-track tour de force produced by Chris Seefried (Fitz and the Tantrums, Andra Day) featuring 10 new original songs along with covers of Allen Toussaint (“Here Come The Girls”) and The Meters (“It Ain’t No Use”). True to its title, the album contains multitudes of sound—from brass band blare and deep-groove funk to bluesy beauty and hip-hop/pop swagger—and plenty of emotion all anchored, of course, by stellar playing and the idea that, even in the toughest of times, as he says, “Music brings unity.”

Laveau Dirge no. 1
It Ain't No Use
Parking Lot Symphony
Dirty Water
Here Come the Girls
Tripped Out Slim
Familiar
No Good Time
Where It At?
Fanfare
Like a Dog
Laveau Dirge Finale 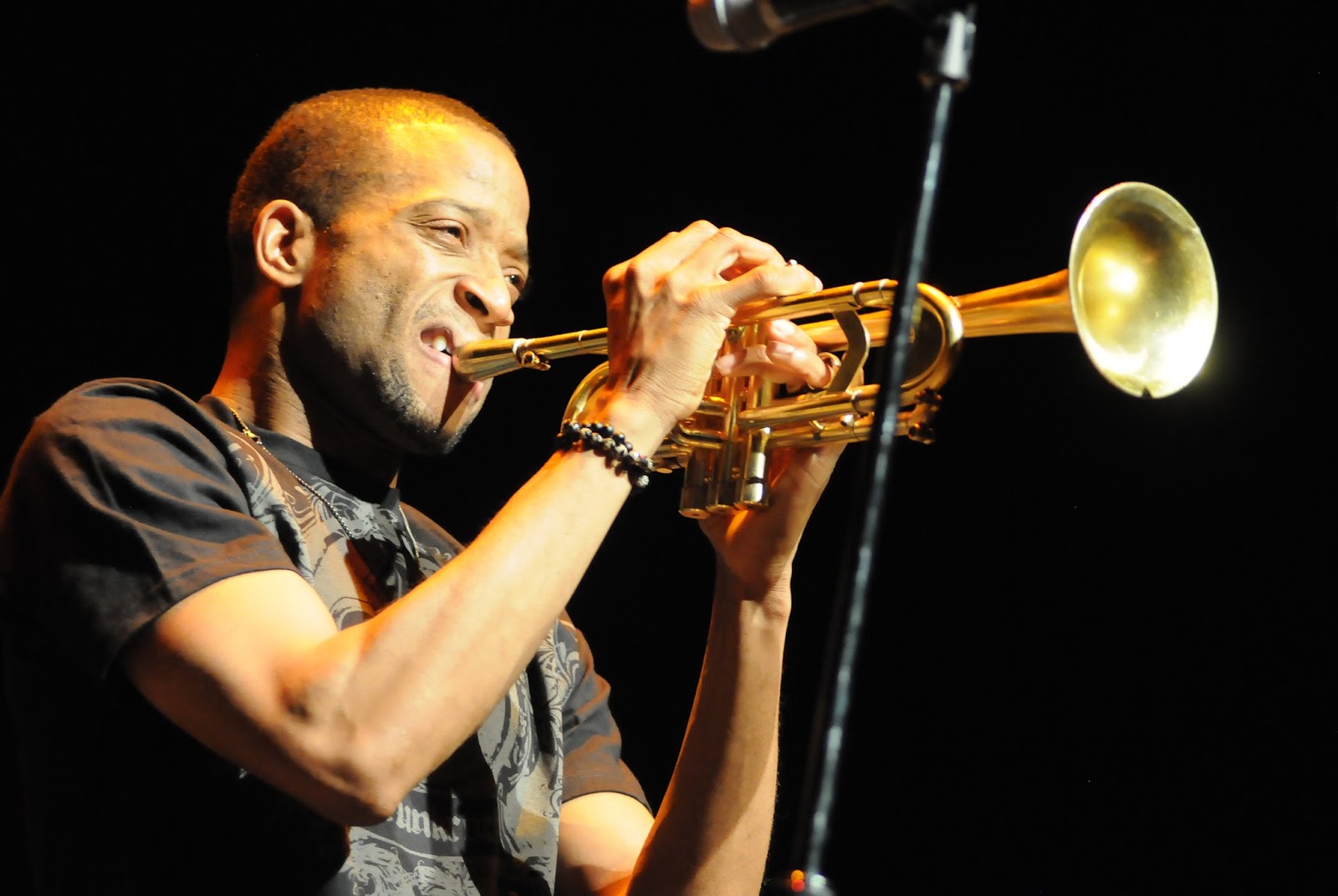 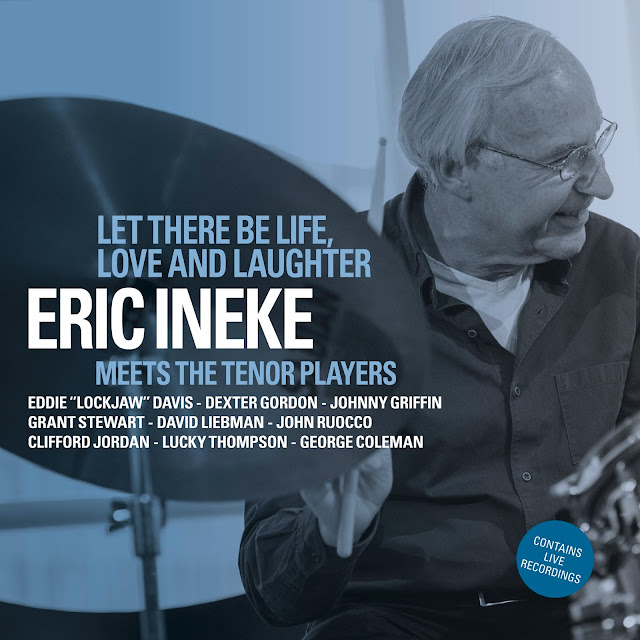 As the title of the book that Eric and I co-authored The Ultimate Sideman demonstrates, Eric is the epitome of what a total rhythm section player should demonstrate. That is recognizing exactly what is musically needed to make any soloist comfortable and relaxed so they can concentrate on sounding at the top of their game. This historic album provides total proof of how Eric accomplishes this challenging task. The instrumental focus is specially on tenor players featuring some of the all-time greats. With Eddie Davis, Johnny Griffin, Clifford Jordan, George Coleman, Dexter Gordon, Grant Stewart, Lucky Thompson, John Ruocco and I am honored to say myself, each track clearly highlights Eric's sympathetic and on some of the tunes very intense playing. In fact the Dexter track might be one of Dex ́s most intense and adventurous live outings recorded....a fantastic take on one of the great tunes from the jazz repertoire, Benny Golson ́s “Stablemates.”

All of us who have toured with Eric know how generous his spirit is, with a great sense of humor and grace not only on the bandstand but on a day to day basis as he organizes all the many levels of logistics required to bring these gigs off. This is an historical recording that I am sure took a lot of work to put together traversing decades from 1968 to 2014. The music clearly shows the way it used to be and in some cases still exists.... a soloist joins a rhythm section for a few sets playing standards, communicating non-verbally and if it is Eric Ineke on drums, for sure, SWINGING!! Happy 70th my friend. 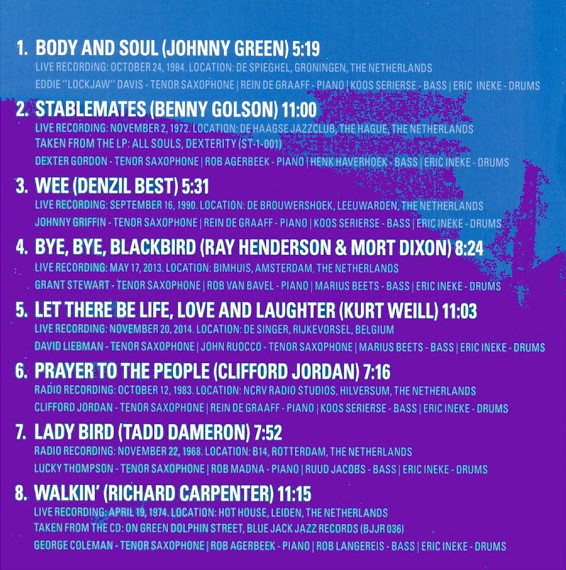 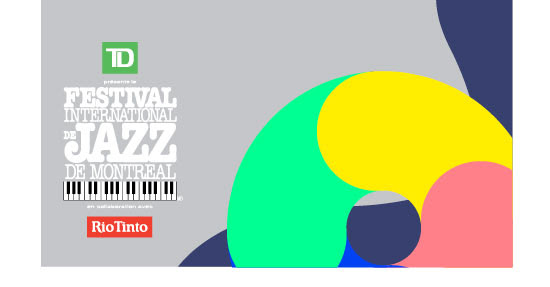 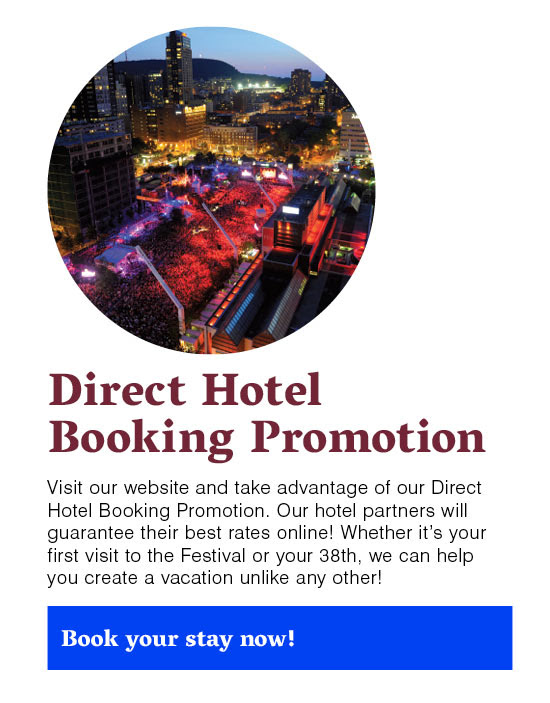 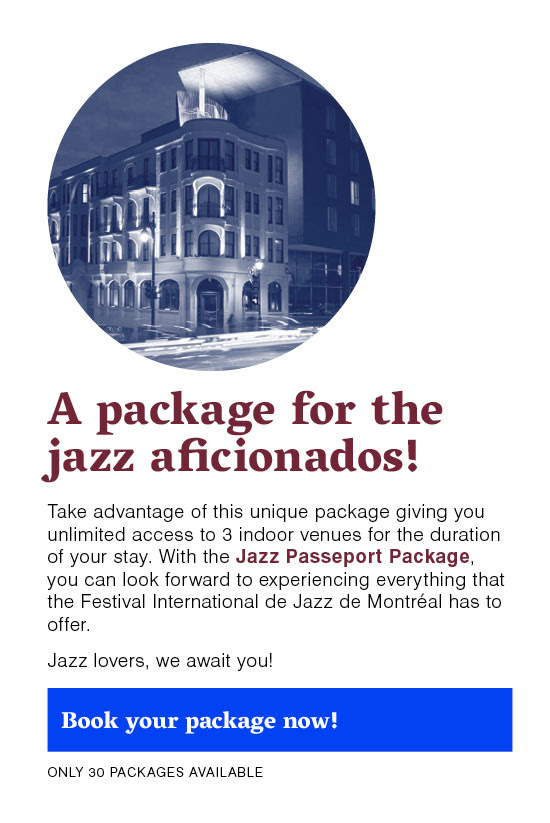 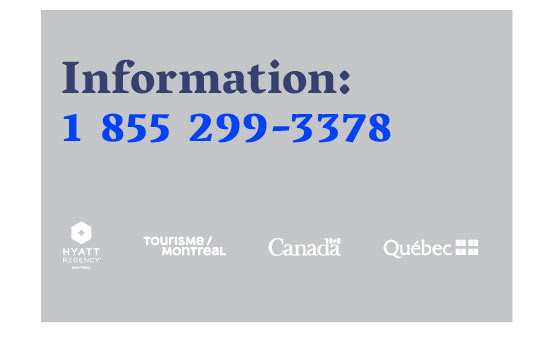