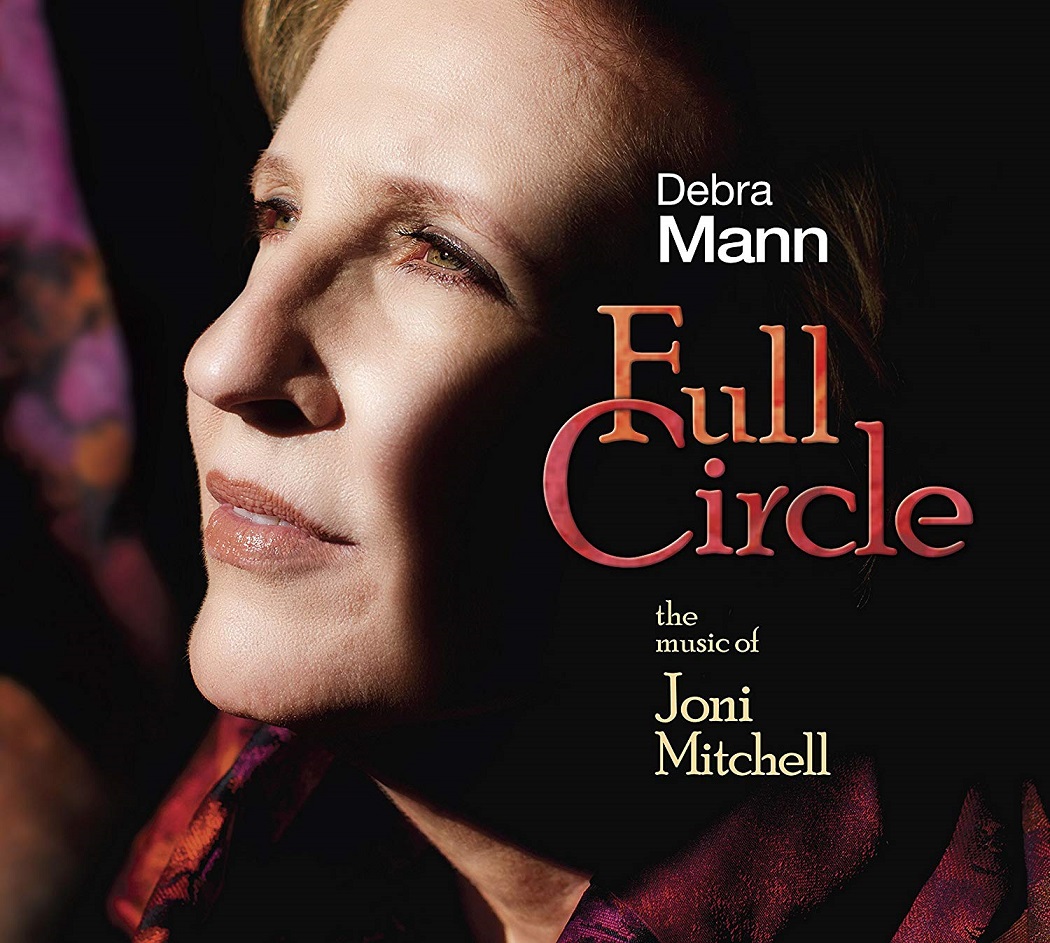 Joni Mitchell’s metamorphosis from acoustic chanteuse of folk music to sophisticated performer of jazz (accompanied by geniuses like Pastorius, Shorter, Metheny, and Brecker) made an indelible impression on Debra Mann. “Joni’s lyrics, combined with her gorgeous melodies, carried on the wind of her unique voice, struck deep chords of feeling within me.”

Mann was first introduced to the music of Joni Mitchell in a poetry appreciation class in junior high school. “We listened to songs by various artists and discussed the hidden meaning in the lyrics.” She hadn’t heard of Joni Mitchell until then, but once she had, her world would be forever changed, as she was awakened to her own emerging voice as a musician. “I was of the impressionable age of fifteen, when I had a great curiosity and openness to the world and was sorting out the landscape of life and love, with its hopes and promises, as well as its disappointments. Joni’s music helped to frame and clarify that world through her honest self-reflection and keen insight.” 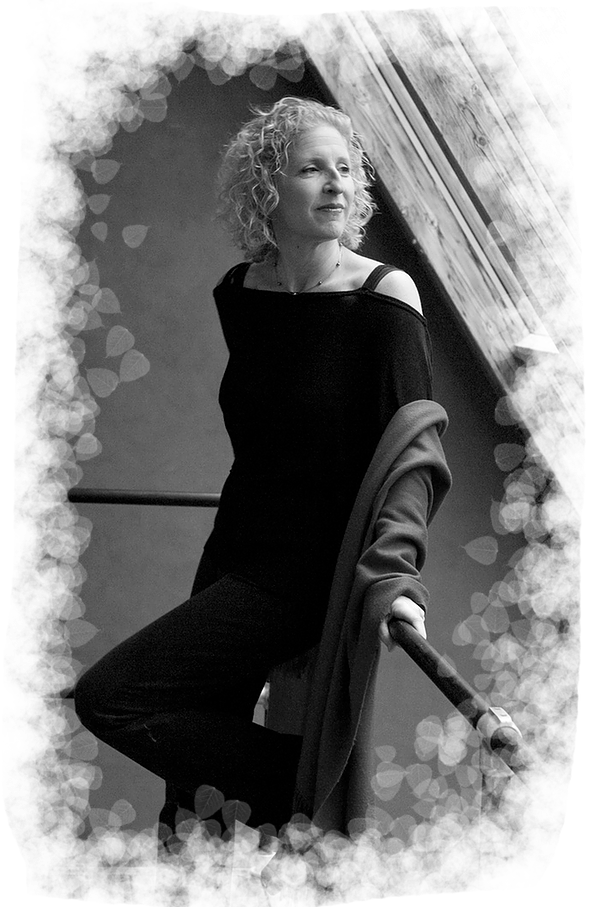 Fast forward a few years. Mann has graduated from Berklee College of Music, performed at Boston’s Symphony Hall, as a featured guest soloist with Keith Lockhart and the Boston Pops Orchestra, performed at the request of Frank Sinatra, and performed with her trio on Ron Dellachiesa’s WGBH radio program “Music America” in celebration of Women’s History Month. Mann, a piano and voice teacher (Brown University and Wheaton College), continues to perform in clubs and concert halls throughout New England. Five years ago, she began performing interpretations of Mitchell’s music with her jazz quintet. The concept caught on quickly.

Full Circle: The Music of Joni Mitchell (Whaling City Sound) reflects on a lifetime of admiration for an artist who has been uncompromising in her approach to music, and celebrates the occasion of Mitchell turning 75 years old this year. “This is very inspiring material to work with,” says Mann. “Joni’s music stirs powerful emotions with its universal themes and timeless beauty.” 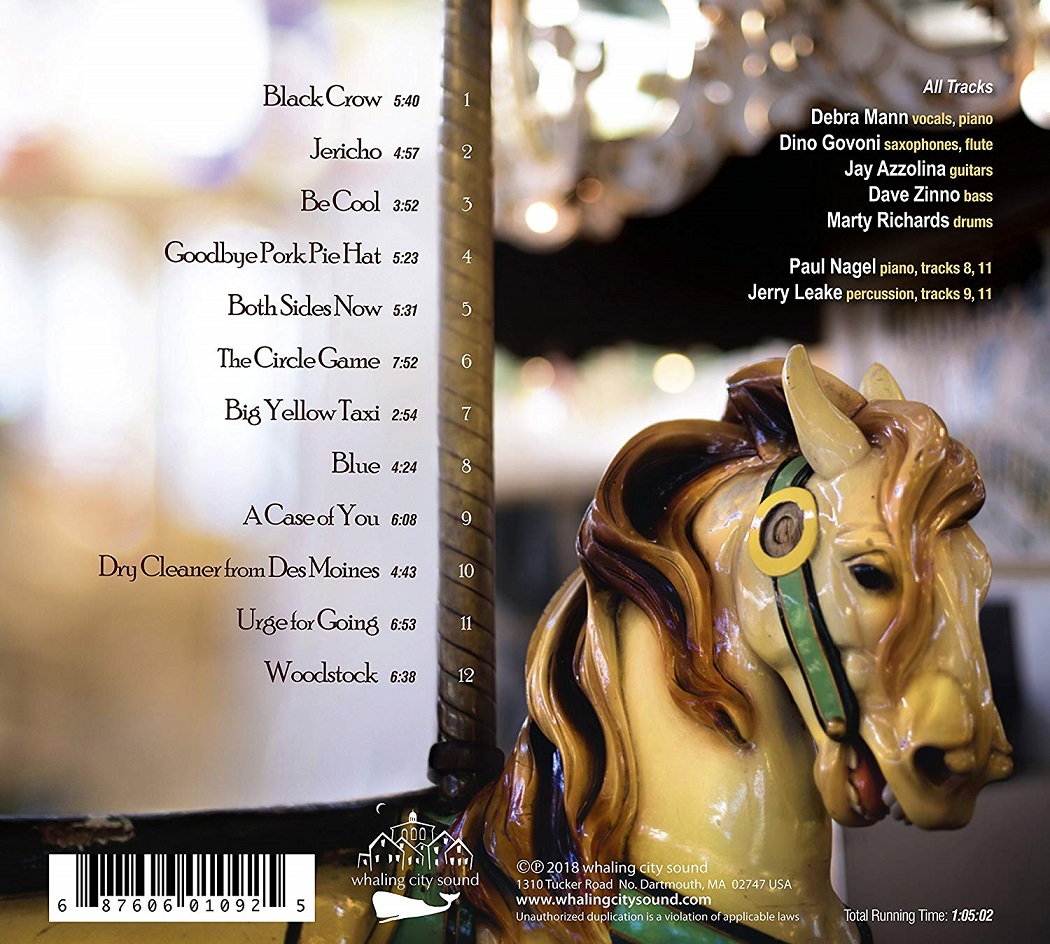 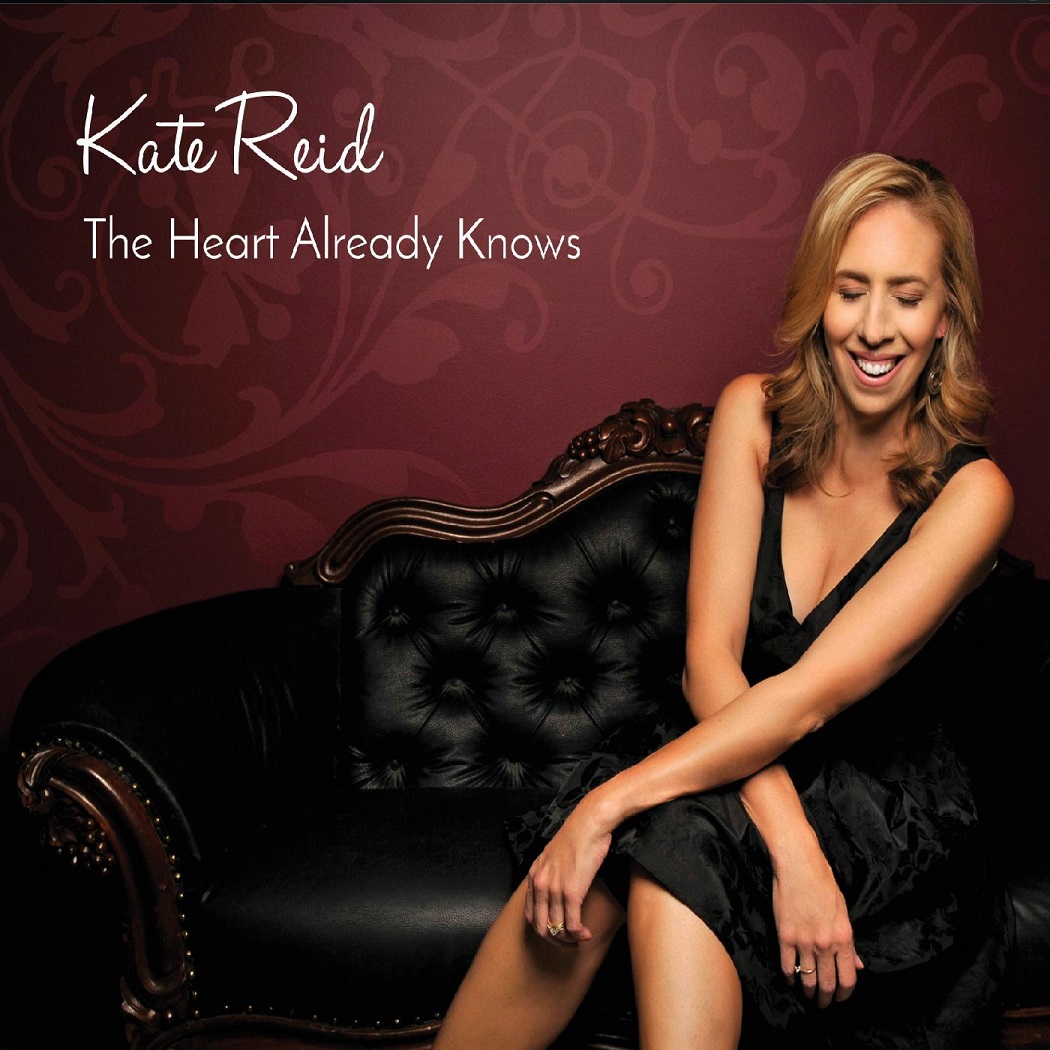 KATE REID is an artist who’s not afraid to take chances. On her new CD, THE HEART ALREADY KNOWS (July 30, 2018), the vocalist performs a program of tunes of varied provenance and styles accompanied by only a piano or guitar. THE HEART ALREADY KNOWS is Reid’s third CD. She’s also a pianist, and played as well as sang on her two previous projects, which featured some of the top L.A. musicians, including Ernie Watts, who appeared on THE LOVE I’M IN in 2011.

She released her first project, SENTIMENTAL MOOD, in 2000. Both CDs received wide acclaim from fans and critics, as well as airplay in several major U.S. markets. Reid performs as a duo and with her trio and quartet at jazz venues in the Los Angeles and Miami areas.

Reid is a nuanced singer, attuned to the subtleties of a song’s lyrics and harmonic structure. The duo setting is the perfect vehicle for Reid’s jazz explorations and sexy, smoky, alto voice. “For me, the experience of making the CD was just as important as the outcome,” says Reid. “I hadn’t worked with four of the five musicians before. I wanted this to be a journey of discovery. The essence of jazz is spontaneity; therefore, little to no rehearsals worked well for this project.

Although I didn’t know most of the musicians, I learned so much about them and their playing after spending hours in the studio, sharing ideas and creating music together.” Reid arranged most of the tunes on this disc. 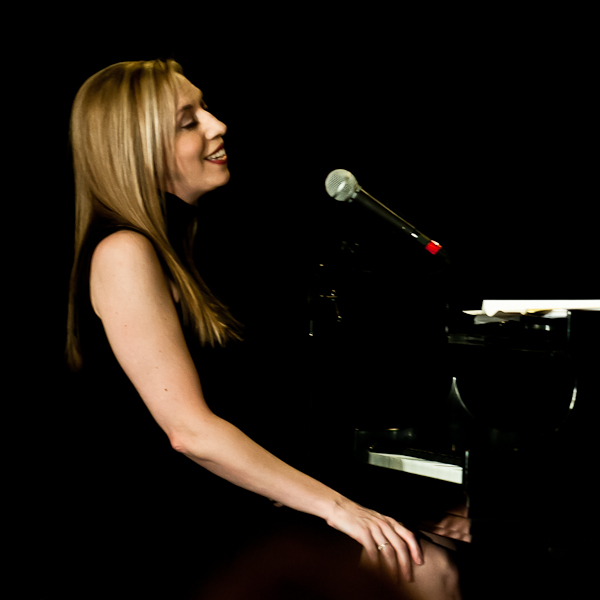 PETER ELDRIDGE, the critically acclaimed vocalist, pianist, composer, and founding member of the internationally acclaimed vocal group New York Voices, produced the CD. Reid met Eldridge when the New York Voices were just starting out, and the group appeared at the college Reid was attending. Through the years, they became friends through various jazz events and conferences. Peter helped her pick the tunes and encouraged her to perform music outside the jazz genre. He also helped her choose the musicians, and, being a superb storyteller himself, he helped Reid with her approach to the material on this record.

The musicians they chose are all at the top of their game and well-known leaders in their own right. FRED HERSCH’s star perhaps shines the brightest in this firmament of jazz luminaries. With a career that spans more than three decades, Hersch is a ten-time Grammy Award nominee and continues to earn jazz’s most prestigious awards, including the distinction of 2018 Jazz Pianist of the Year from the Jazz Journalists Association. Hersch accompanies Reid on three tunes. “No More” is a moody ballad often associated with Billie Holiday who said it was one of her favorite songs. Irene Kral also did a well-known version of it. Reid decided to do “If I Should Lose You” in the studio. Luckily, it’s one of Hersch’s favorite tunes. The duo performed the song in just one take. “Lazin’ Around” is an original by Hersch. The sweet lyrics, which were written by Hersch, belies the complicated melody that Reid sings flawlessly.

TAYLOR EIGSTI is a young pianist who has already received two Grammy nominations for Best Jazz Solo and Best Instrumental Composition in 2006. He accompanies Reid on “Busy Being Blue,” a tune written by Eldridge and Jack Donohue. Reid, who is the Director of the Jazz Vocal Performance program and Associate Professor of jazz voice in the Studio Music and Jazz department at the Frost School of Music, relates “I sang this tune during the interview for the teaching position at Frost, and I was told the performance helped me get the job." Eigsti also plays on James Taylor’s “The Secret of Life” on which Reid really captures the philosophical nature of the lyrics.

Reid is also backed by three stellar guitarists. PAUL MEYERS has played with a Who’s Who of jazz luminaries and released several critically acclaimed CDs of his own. He and Reid perform together on the Strayhorn/Ellington classic “Something to Live For.” Reid loves the song because it doesn’t use the typical AABA pattern and Ellington is one of her favorites. She also has a particular attachment to his music because her husband, Steve Reid, played trumpet in Mercer Ellington’s band for eight years. Reid and Meyers also do a very bluesy rendition of “Just A Lucky So and So.” 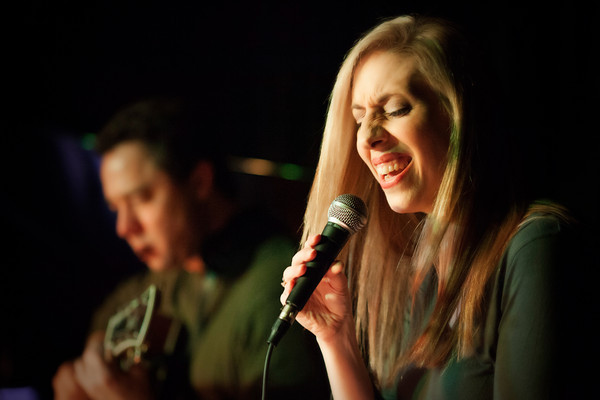 Guitarist LARRY KOONSE is one of the busiest musicians on the L.A. jazz scene. He has appeared as a sideman on dozens of CDs as well as releasing his own projects. Reid and Koonse do a straight-ahead version of “Confessin,” a happy, upbeat love song that Reid likes for its wordplay. The two of them also perform “Two Grey Rooms,” a dark, imagistic Joni Mitchell tune arranged here by Eldridge.

ROMERO LUBAMBO is a rising star Brazilian guitarist. A versatile musician, he plays everything from Brazilian rhythms to hard bop. He performs with Reid on “Endless Stars,” composed by Fred Hersch with lyrics by Norma Winstone. He also plays on “Minds of Their Own,” an Ivan Lins composition with lyrics by Peter Eldridge. As Reid relates, “Romero set the tempo, and we just went with it!”

THE HEART ALREADY KNOWS is an intimate project that comprises a mix of standards, modern jazz compositions, and pop tunes that take on new life in the hands of these A-list musicians. Reid is a singer who approaches a song with the ear of a piano player and arranger. She can swing and be sexy while capturing the heart of a lyric. 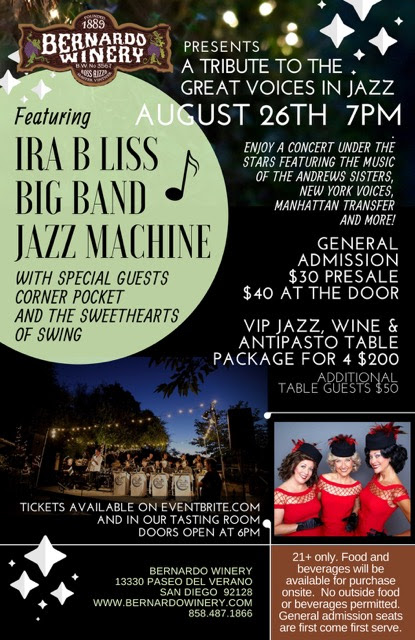 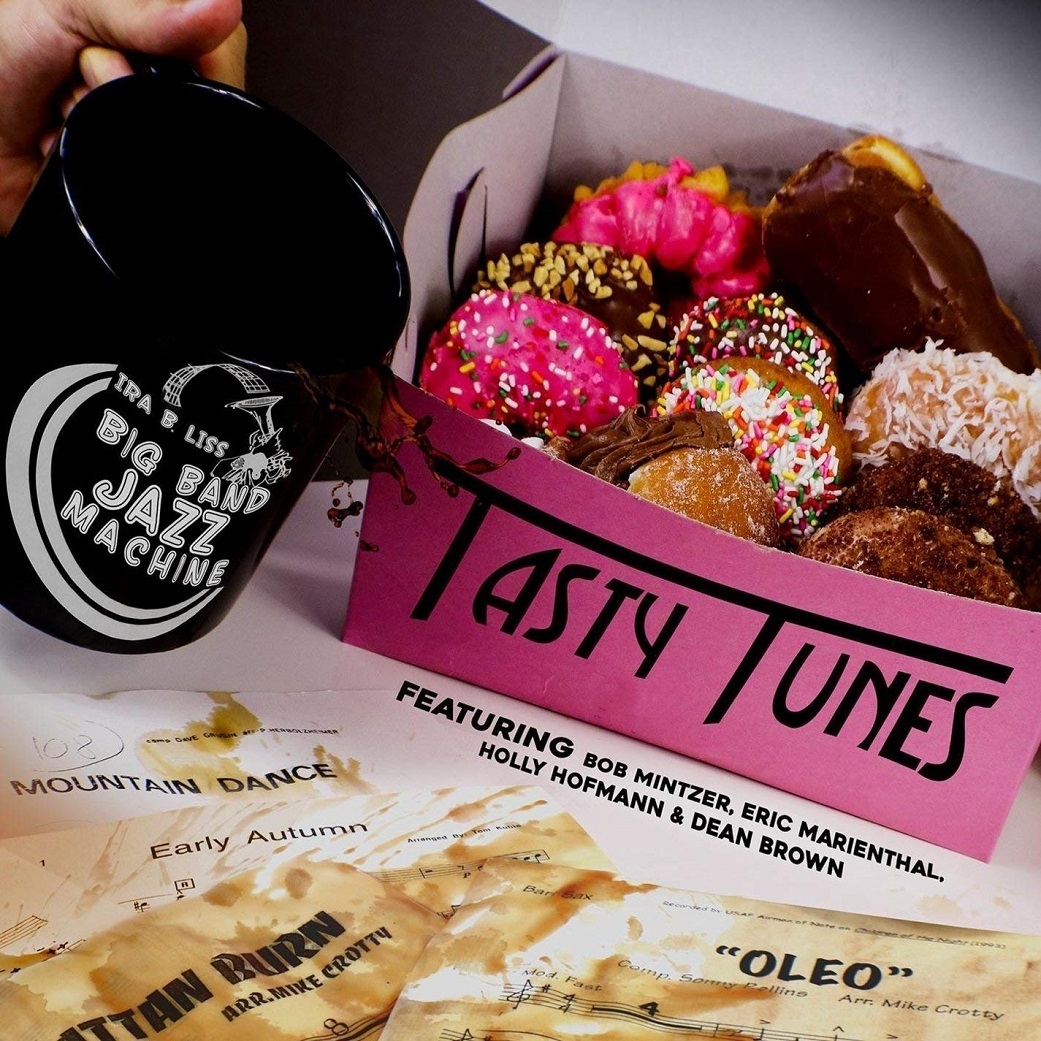 Ever since he was drum major of the award winning Patrick Henry High School Band back in the early 1970’s in San Diego CA and voted Most Valuable Band Member his senior year, Ira B. Liss was destined in life to be a big band leader. Since then he has had extensive experience in all phases of the music and entertainment industry at the local, regional and national levels including stints in music management, retail/wholesale music product sales, talent booking, concert production and promotion, music education, record producer, saxophonist and bandleader.


“Ira Liss is one of those special folks who keeps the big band idiom alive and moving forward. It is no easy feat to sustain a big band and create a forum for the music. I truly enjoy working with Ira and his band, and am honored to have the band record one of my compositions”