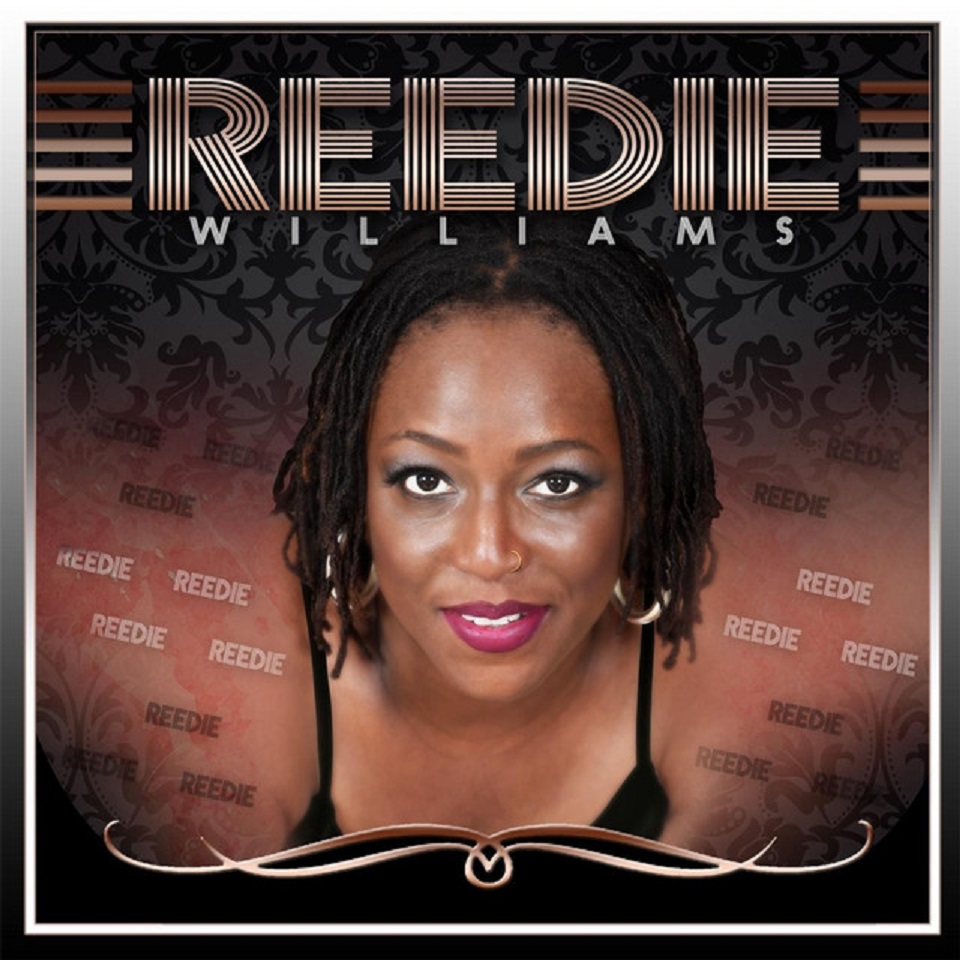 If the rest of R&B/jazz vocalist Reedie Williams’ upcoming debut JAZZ EXPERIMENT is as powerful and compelling as her two-track preview double single, she will be one of the great new artists to watch in 2018! Drawing on a background that includes gospel, jazz and Brazilian pop fusion, the singer – who once placed 2nd in Natalie Cole’s syndicated talent competition BIG BREAK – starts her songs by sharing the dreamier subtleties of her voice before sharing her expansive vocal and emotional range. Reedie’s JAZZ EXPERIMENT is a success! 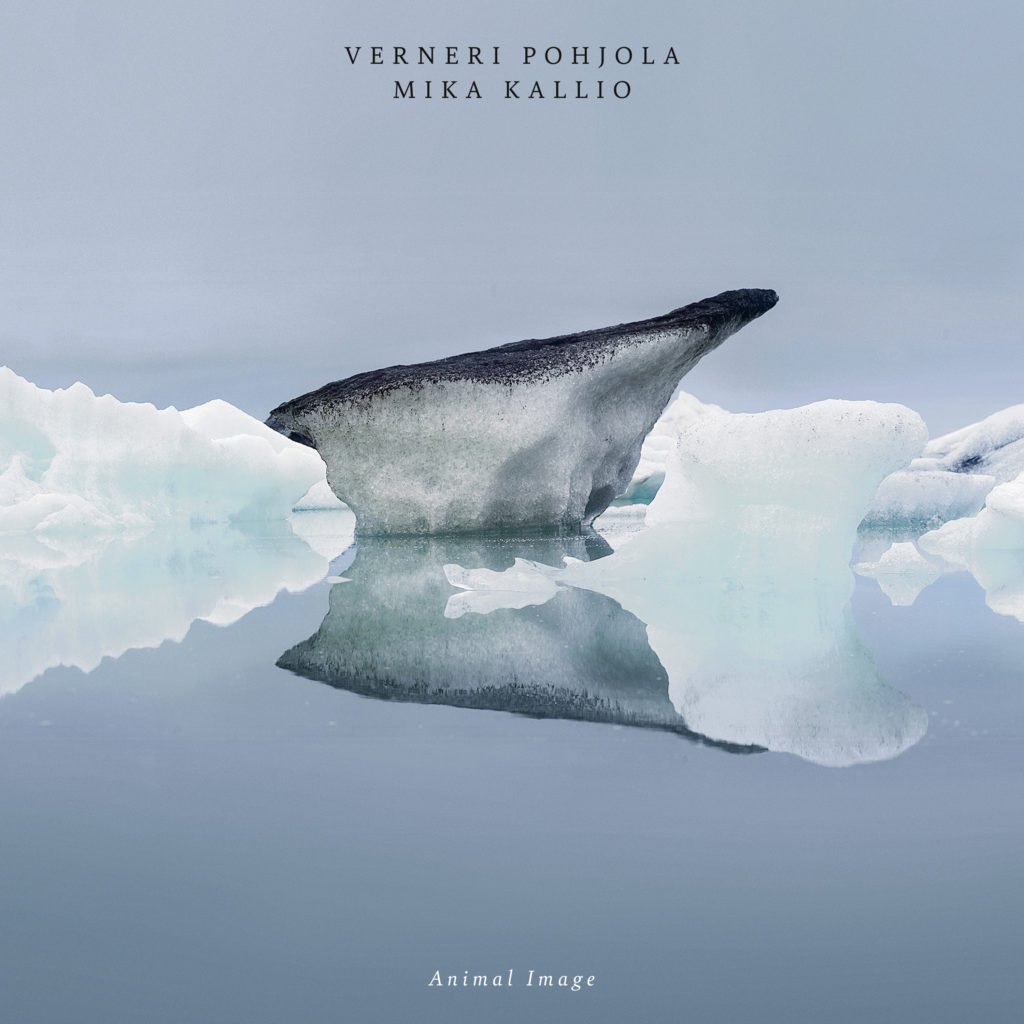 Animal Image is a soundtrack album to a poetic documentary about the infinite relationship between man and animal. Edited to an improvised score by Finnish trumpet Verneri Pohjola and percussionist Mika Kallio, the film illustrates the emotional bond between man and animal beyond the boundaries of written language or fictional storylines.

The movie depicts nature-photographer and writer Heikki Willamo’s journey to the landscape of the post ice-age northern wilderness to explore man’s ancient relationship to his prey and Willamo’s personal encounters with the inhabitants of the northern woods. Man, bear, sky and fire: the Finnish forest is a place like nowhere else, a place of dreams and the imagination, an ancient place where its denizens live in the shadows.

Becoming an animal by Perttu Saksa

Animal Image is a poetic documentary film built around original music by Verneri Pohjola and Mika Kallio. The movie depicts an imagined view of man’s ancient relationship with animals. The music accompanies you, creating an emotional language between man and animal – unconstrained by the boundaries of written communication or fictional anthropomorphic narratives.

The music is an invitation towards becoming an animal. To unthink identity and subjectivity. Listen. Free from definition, from body to flesh, where the one is a figure of unity and strength, while the other is in an interminable manifestation of disarticulation, a condition of freedom for animals or whatever it is we are.

Becoming an animal is where the human and the animal enter into a functional alliance. Musical improvisation is dialogue without speech, built around the similar framework – including rules and forms – we use in spoken conversation or social structures. Listen.  Lose the language. Listen and feel. Then imagine a language. Imagine a form of life. Perttu Saksa 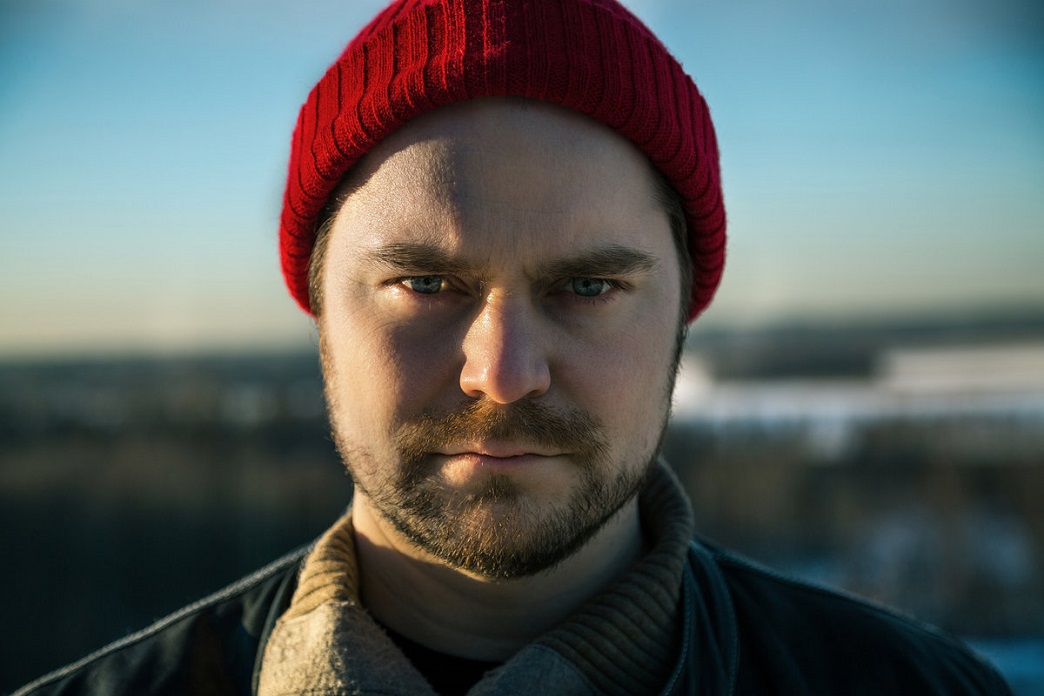 Perttu Saksa is a finnish visual artist and a photographer, who contacted me a couple of years ago about his film project, which was to become an artistic documentary, an experimental wildlife film titled ‘Animal Image’. He wanted to know if I’d be interested to record some music for his project, that he had been working alone for the past 3-4 years. I was so busy with other stuff at the time, that I almost declined, but decided fortunately to meet him despite my lack of time. I wanted to see what he wanted to show me.

When I saw the breathtakingly expressive footage for the first time, I immediately recognized this as something too inspiring to retract myself from. And as the project developed I realized, that probably no other project or person has ever treated my music with such a respect and vision. It was lifted up to the next level.

I’m incredibly proud of this project and I hope that you, the listener, take Perttu’s advice and surrender yourself to the world of becoming (an image of) an animal through this music.

ABOUT THE MOUKA FILMS

Perttu Saksa (b. 1977) is a visual artist based in Helsinki, Finland. Perttu’s photography and video works have been exhibited in various galleries and museums around Europe, including Stadtgalerie Kiel, Felleshus Berlin and Finnish Museum of Photography and Helsinki City Art Museum. His works can also be found in various public collections. 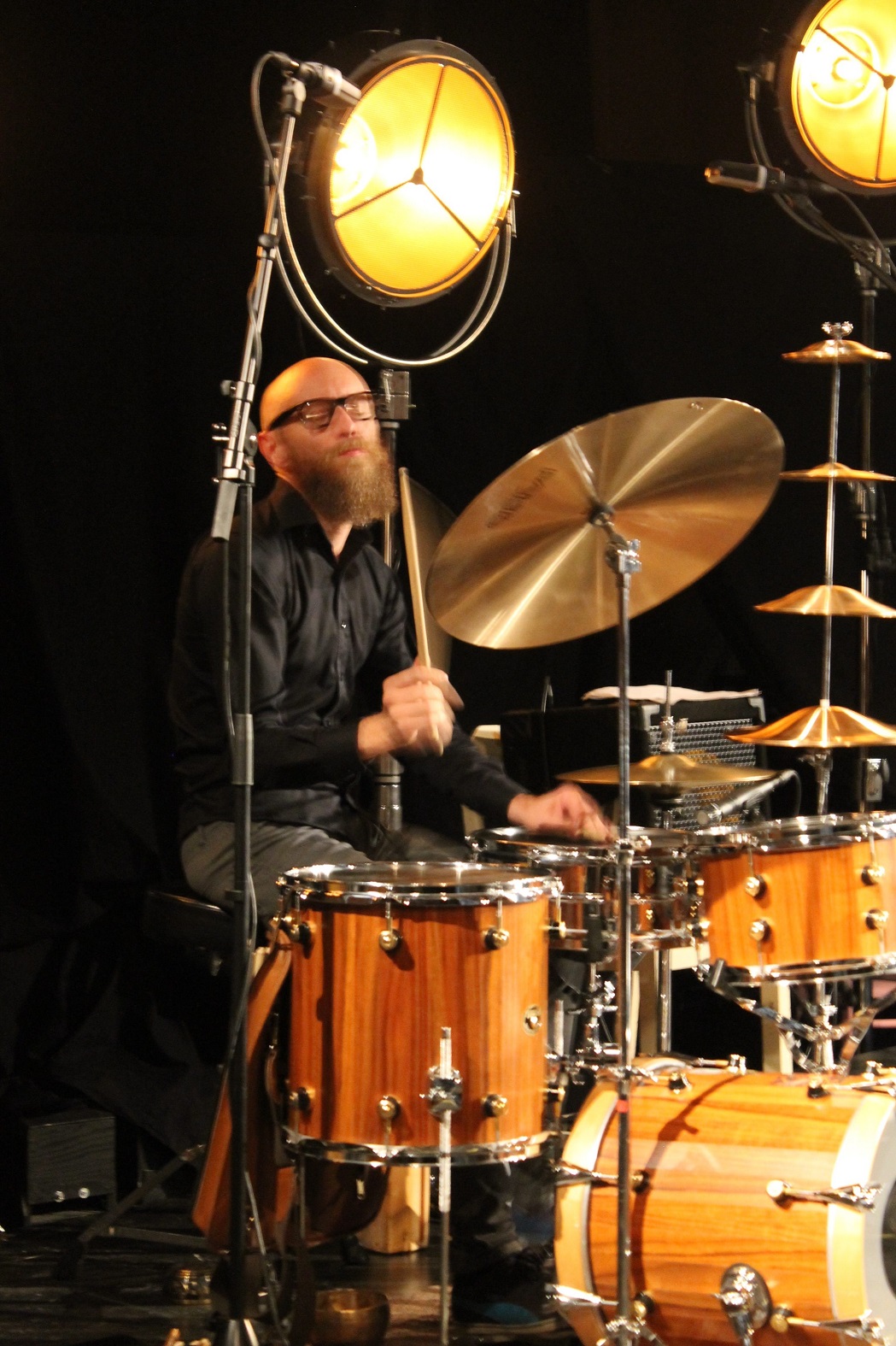 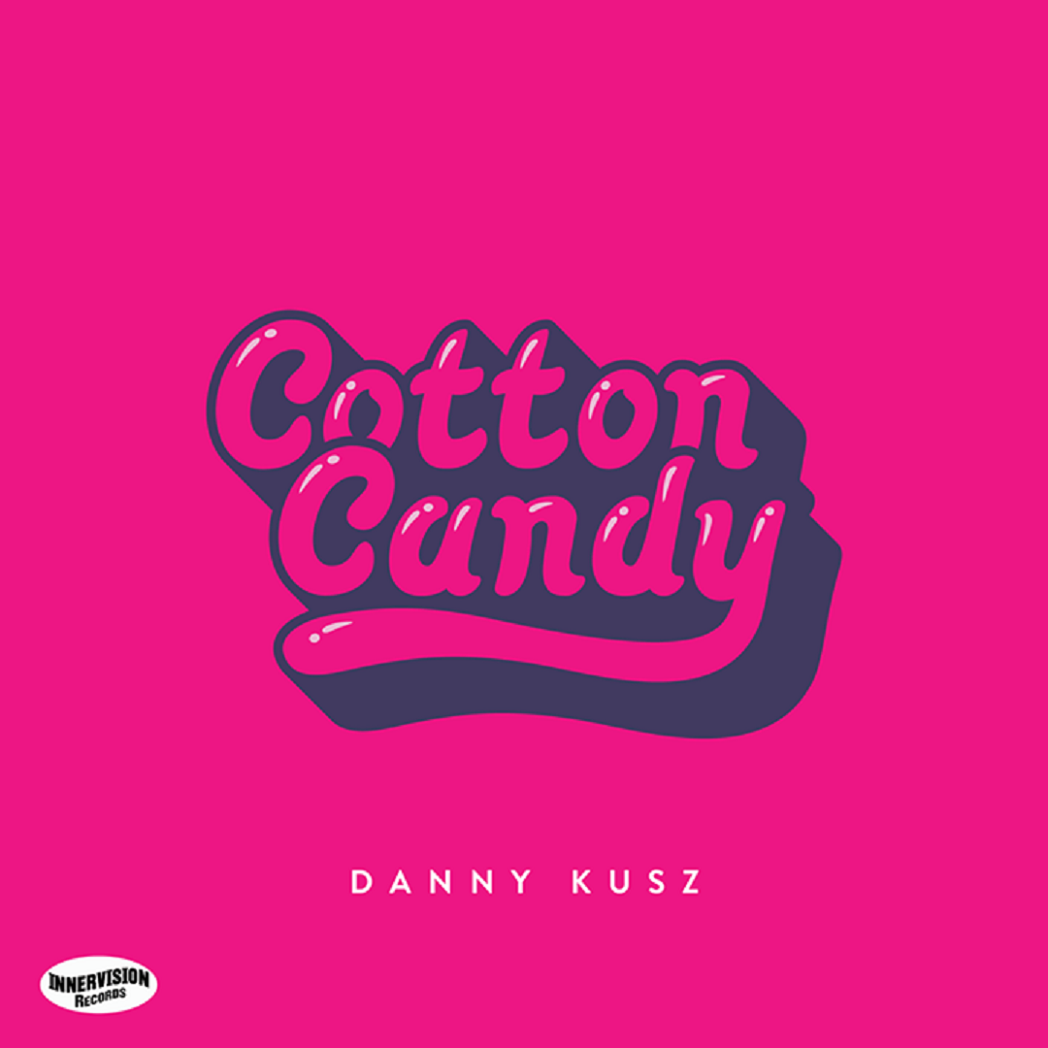 THE MAN IN PINK...
Minneapolis based saxophonist was named the hippest jazz cat by Minneapolis/St.Paul Magazine back in 2007 for a reason. His energetic and passionate performances, innovative blend of genres, explosive sound, one-of-a-kind pink inspired brand/style and zest for life truly earns him this title. Danny has carefully crafted and mastered a combination of Prince, The Minneapolis sound and David Sanborn into a truly unique sound that is instantly recognizable. His truly remarkable career has has earned him 2 Los Angeles music awards, multiple Minnesota Music Award nominations, a cover story on The Jazz In M.E.E. January 2016 issue, 3 solo albums and multiple top 10 charting songs.

After being a side man for many years, Danny decided to step front and center in 2014 launching his second solo album SEXY.FUNK VELVET.JAZZ. In 2016, he released Eruption which earned him 3 radio singles and a Top 10 hit song entitled Reanimation. This album featured jazz legends such as Jeff Lorber, Will Donato and Nils. In the fall of 2016, Danny signed with California based record label Innervision Records and released his first single off the label “Can’t Stop the Groove,” which was a top 10 GrooveJazz chart single and was also picked up by Sirius XM and MusicChoice radio. The song was produced and co-written by Grammy® nominated producer and saxophonist Darren Rahn.

Danny is a rising star and has quickly captured the attention of fans, promoters and media in the entire contemporary jazz market.

DeepPocketsJazz.com said, “Shall we just call 2017 the year of Danny Kusz? Quite possibly. This cat has been bubbling just under the mainstream and seems to be ready to explode.” And Smoothjazz.com says “Danny is rejuvenating smooth jazz.” Danny is doing just that. Many artists and industry professionals have also called him the next generation David Sanborn. With Danny’s talent, confidence and business acumen, he is surely to be smooth jazz’ next star. 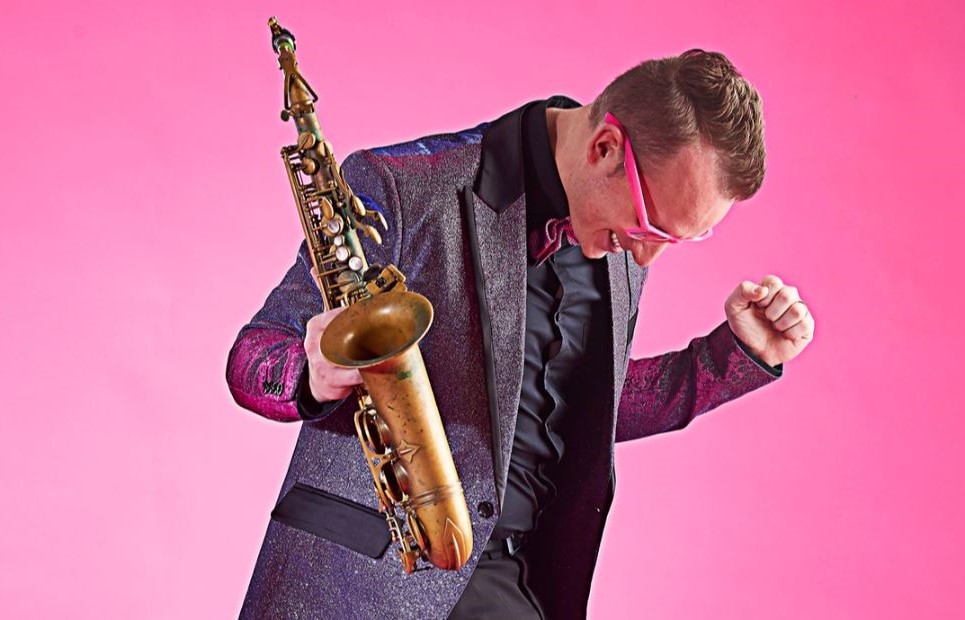 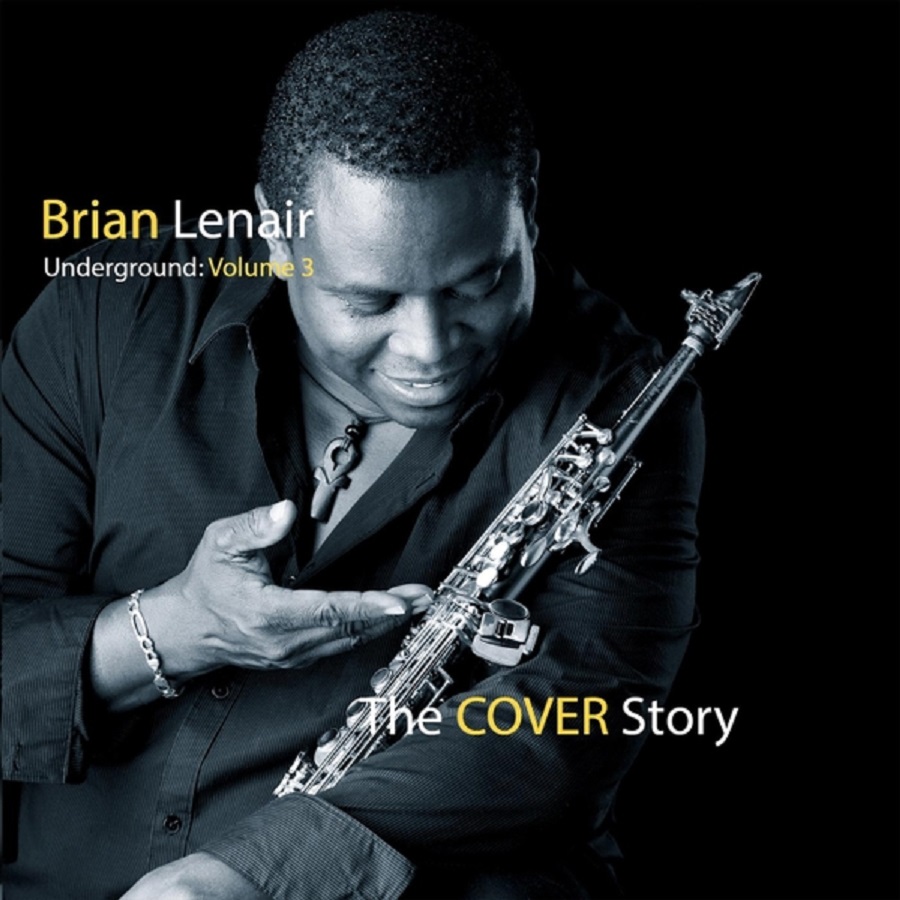 "Music is not just my vocation, it is my passion and it is my calling. No matter how intimate or large the settings, I always play with the same energy," says jazz saxophonist extraordinaire, Brian Lenair.

For nearly 30 years, national recording artist, Brian Lenair has built a reputation for jazz enthusiasts both domestically and internationally. Brian started his solo career in 2004, after being the serenading saxophonist and front man for Washington-based group, Spur of the Moment. While with Spur, he astounded audiences with a unique style and mixture of jazz and R&B for over 15 years. During that time, the group recorded two well-received CD projects, with Brian prominently featuring his talents as a musician, producer and composer.

Brian has independently produced five CD projects. He will release his long-awaited sixth project November 2017, entitled “Underground, Volume 3: The Cover Story”. The project features a collection of some of the greatest chart topping cover songs. The audacity of sound that Brian uses to convey Childish Gambino’s “Redbone” will amaze listeners. This project also features a lovely melody that he wrote and composed after the birth of his only daughter, entitled, “A Father’s Love”. He also covers one of the hottest artist in 2017, Bruno Mars’ “That’s What I Like” and his rendition will be just what you like. Then he has incorporated some DC hometown flavor as he pays homage with a co-written and co-produced track entitled, “Funky Dougout”. Brian has not missed a beat since his last project in 2010, when he stepped center-stage with “Eye of the Storm”. That project charted number 14 on Billboard, which was relatively unheard of for an independently produced project.

Brian has an undoubted flair for contemporary jazz, gospel, R & B, blues and funk. You will totally appreciate the groove and celebrate musicianship when you hear him on this new project. He has played with some of the greatest recording artists and musicians of our time. Brian is a nationally endorsed saxophonist with Sax Dakota. 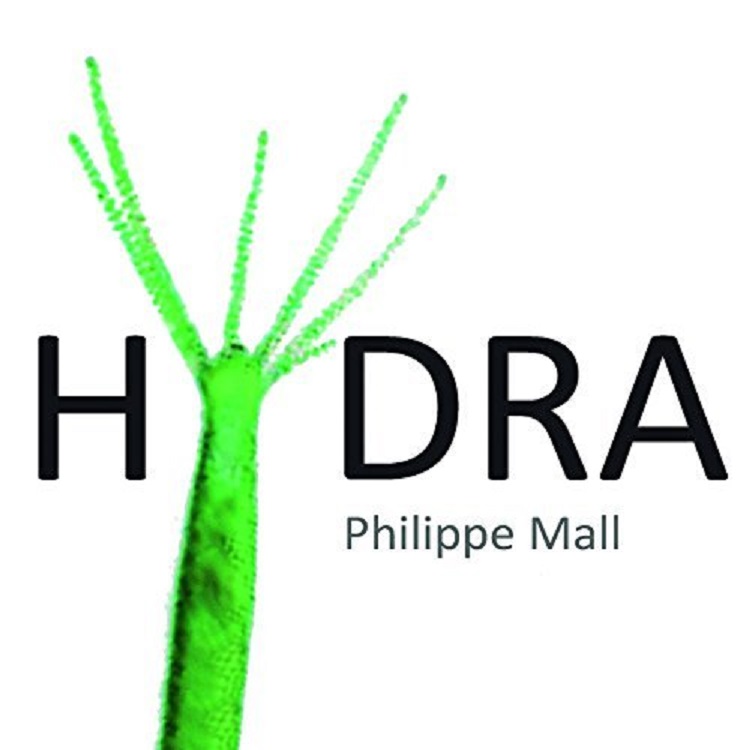 Philippe Mall's "Hydra" presents itself in a new, high-profile cast, almost all of the members come from the Basel area. They play only originals by Philippe Mall. The sound gives all four elements plenty of room to unfold their own voice. The vibraphone. in its dual function as a solo and accompaniment instrument plays a very special role. Sometimes earthy jazz comes about, then again there is a lot of room for harmonious, even esoteric sounds. All this mixes into a homogenous body of sound that makes the band unique. The five instruments act like the heads of the Hydra. Sometimes one is missing and already this creates a new structure. A change of sound and dynamics. 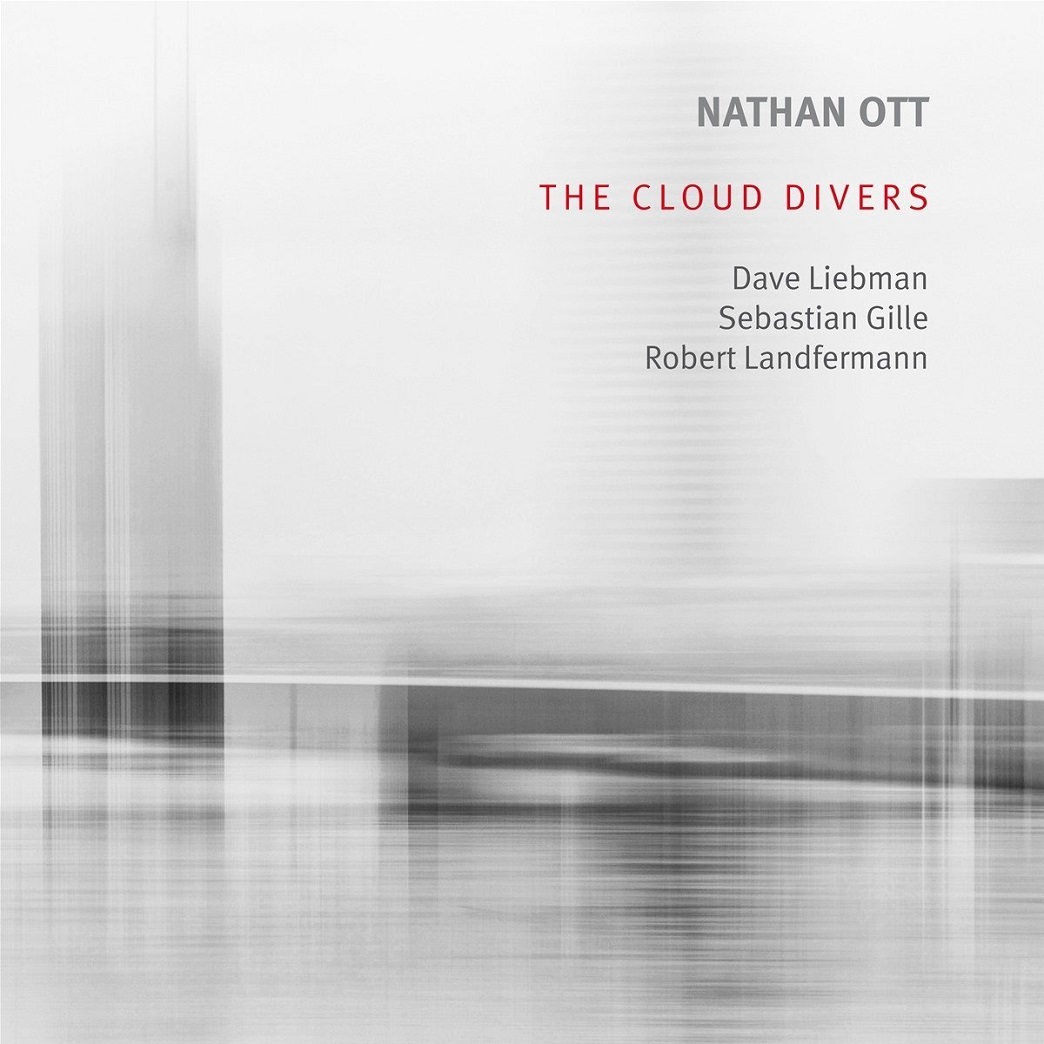 The Nathan Ott 4tet, founded in 2014 by the Hamburg-based drummer and composer Nathan Ott, is inspired by the idea of mixing generations of jazz musicians in a remarkable constellation of artists. Most prominently it features the U.S. American- Saxophonist Dave Liebman, whose distinct way of playing in a pianoless quartet-setting melts with the haunting tone of Sebastian Gille (Hamburger Jazzpreis 2015) into an unmistakable texture of sound. David Liebman is considered a renaissance man in contemporary music, with a career stretching nearly fifty years. He has played with many of the great masters of the genre, including Miles Davis, Elvin Jones, Chick Corea, John McLaughlin, McCoy Tyner and others. Together with Cologne-based and in-demand bass player Robert Landfermann (John Scofield, Pablo Held), one of the driving forces of the European avantgarde jazz / improvised music scene, the band met first in 2014 playing Ott’s very personal compositions. The premiere was a big success and led to a two-day recording session in Berlin, which is going to be released on Nathan Ott’s Debut Record in 2017. 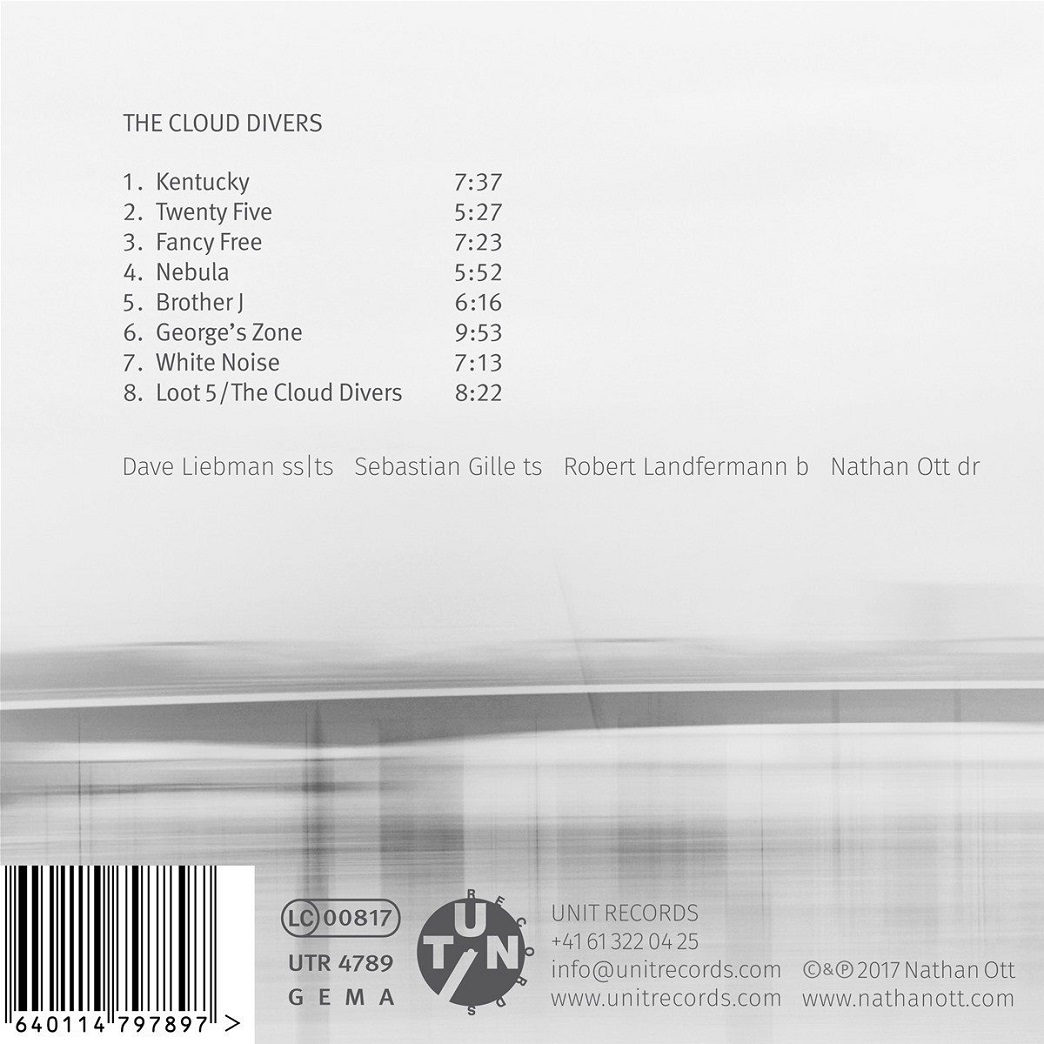 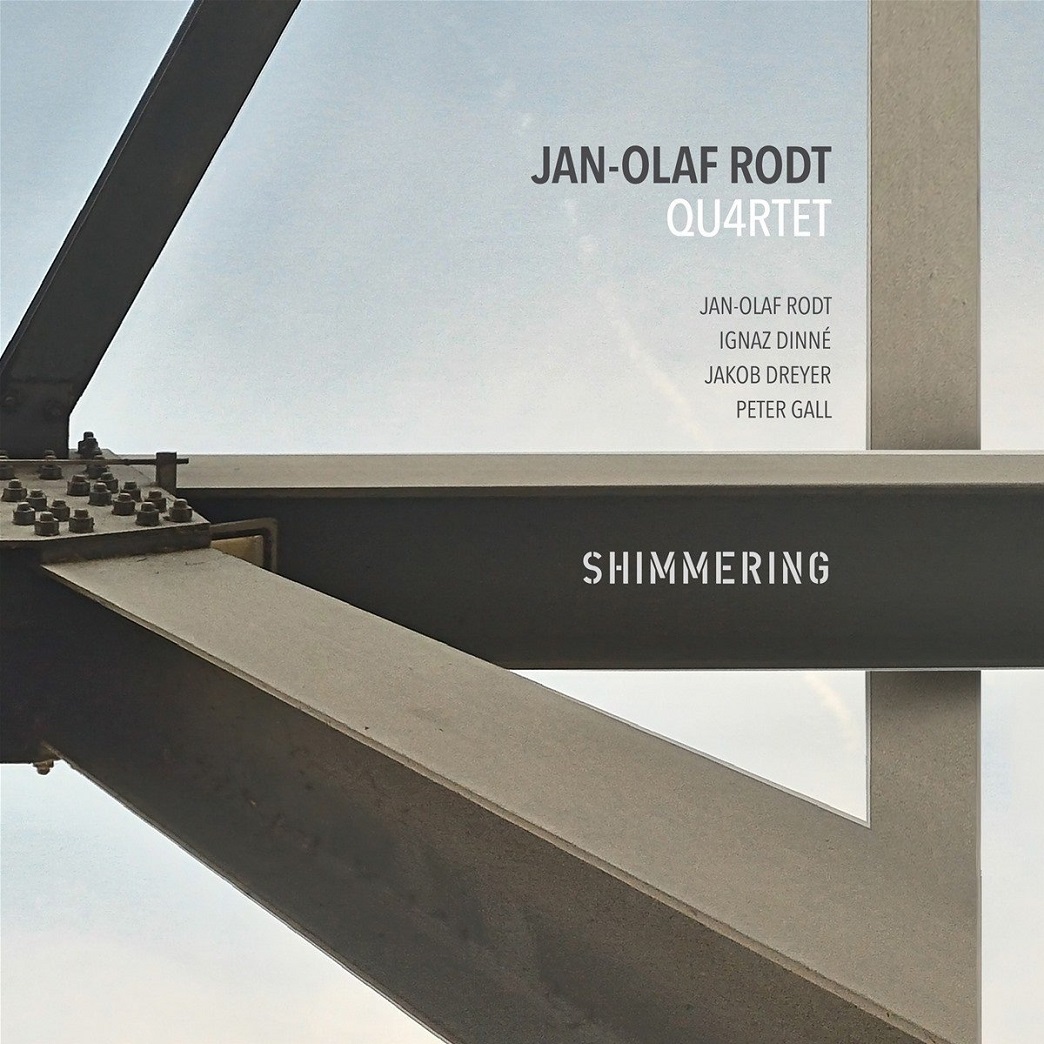 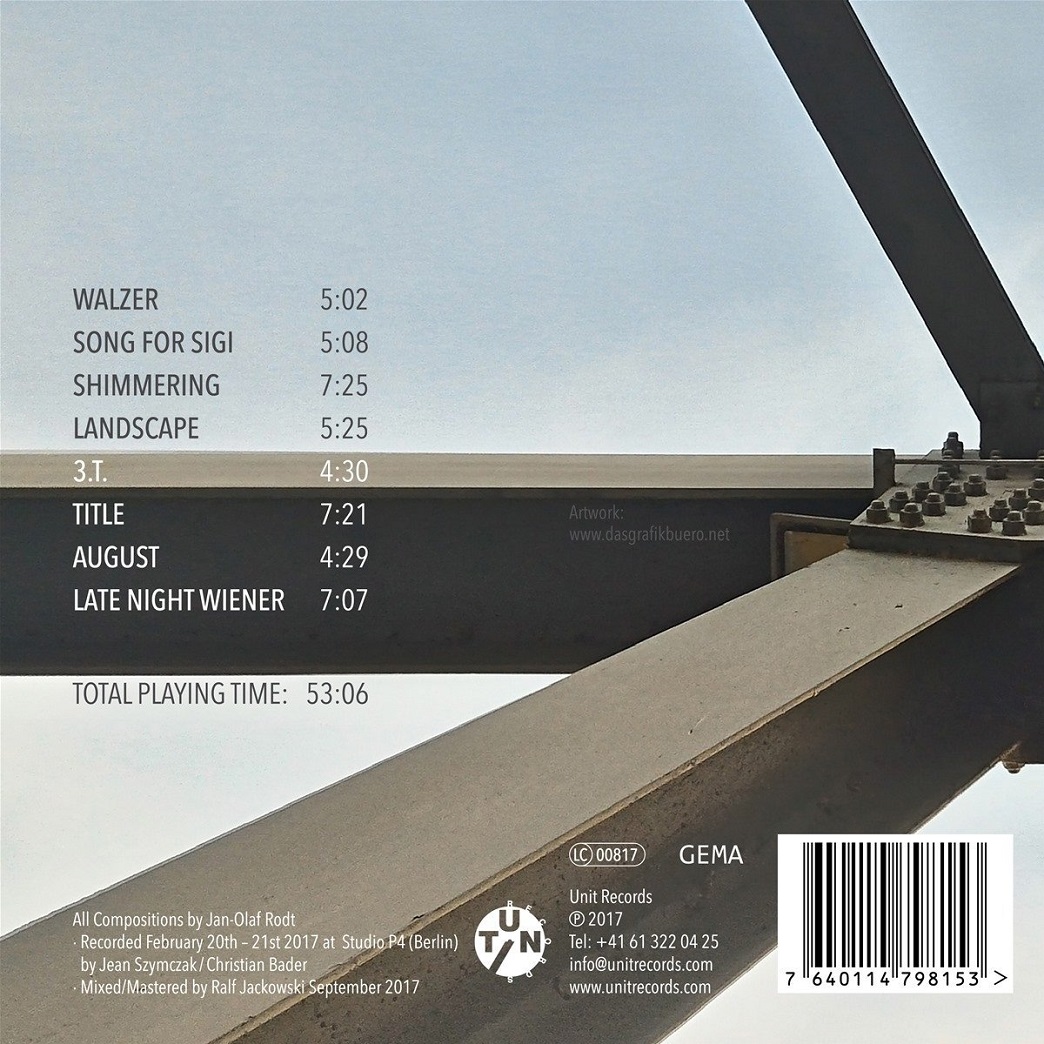 Saxophonist Emiliano Vernizzi & pianist Alessandro Sgobbio, active as Pericopes since 2007, present an intimate collection of melodic fragments and silences in their sixth new studio album “What What” after touring extensively for over three years in Europe and USA. Pericopes have composed a brand new repertoire between Paris - where they were invited for the Jazz Pas Grave Festival - and a residency in Piemonte (Italy). Pericopes have received several jazz awards, such as the Umbria Jazz Contest, the Padova Carrarese Prize, and a mention at the Italian Top-Jazz « Best group of the year top-list » 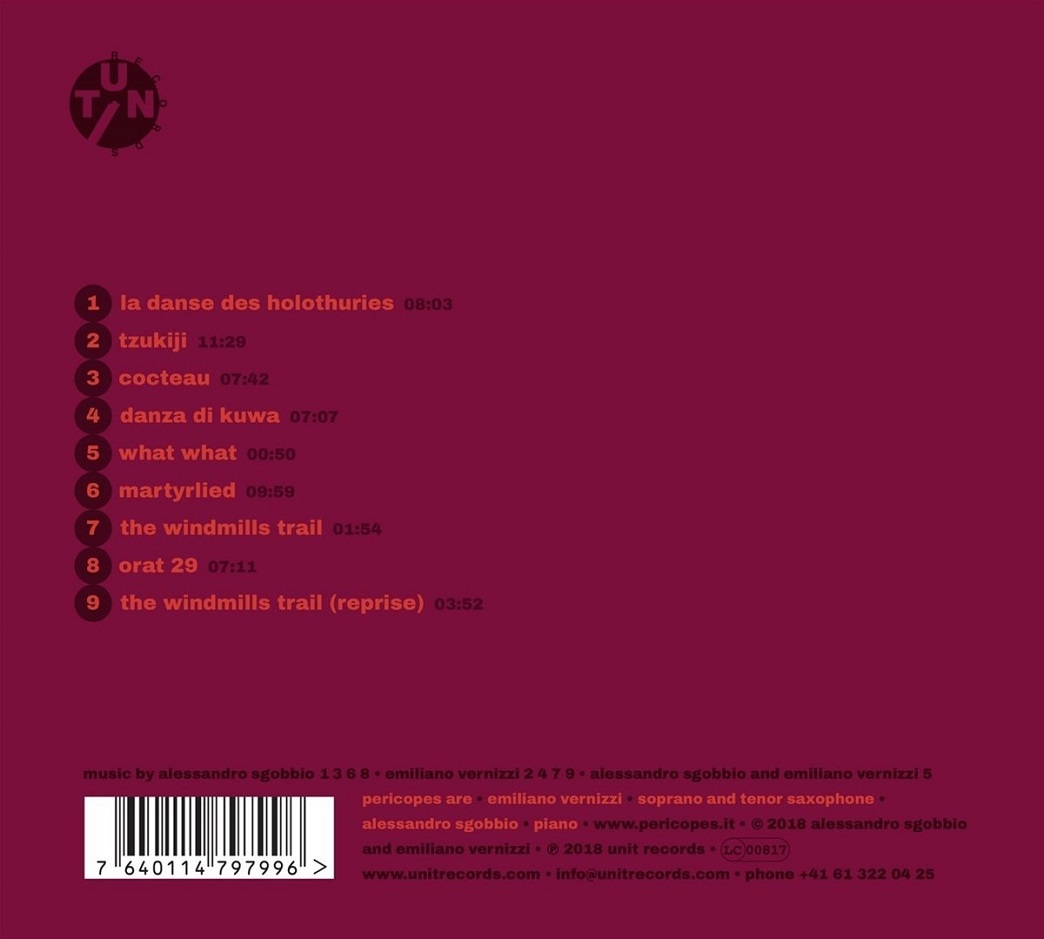