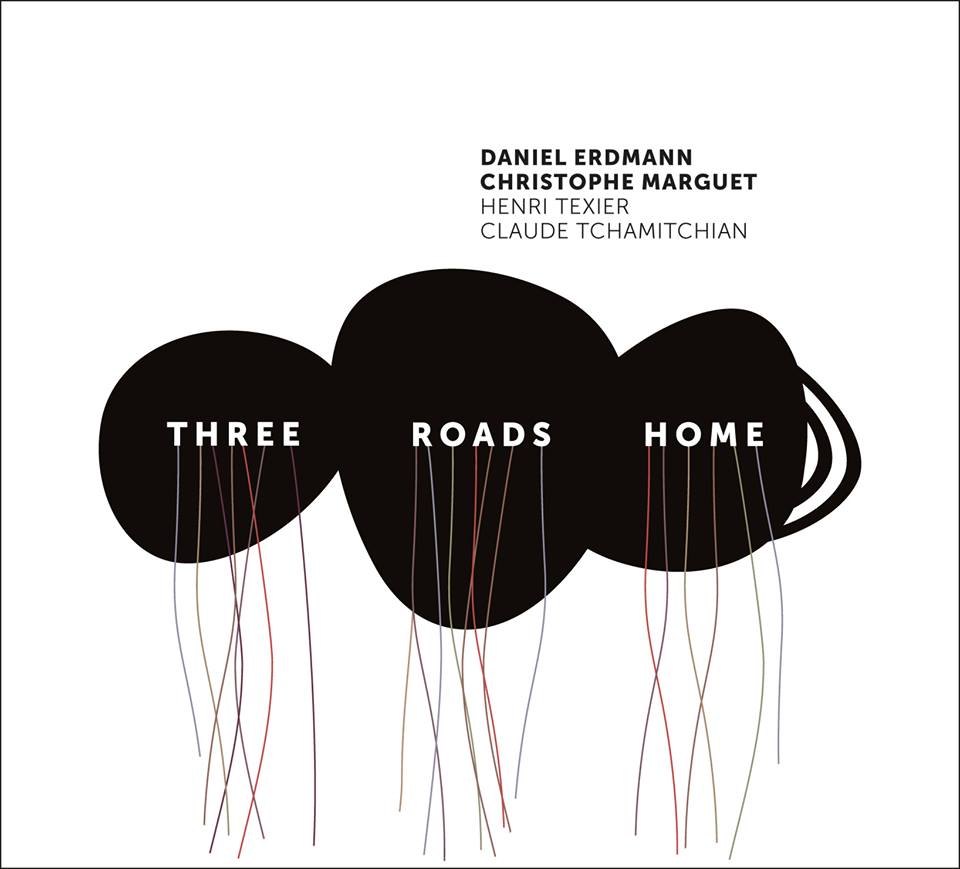 Free and open minds and quiet temperament, Daniel Erdmann (tenor saxophone) and Christophe Marguet (drums) have naturally found themselves in a face-to-face formula, in 2010 for fun and very seriously in 2012 to record the album "Together Together" published in 2014 (Abalone), one of our favorites that year. So we find them together, surrounded by two of their most faithful contrabassist friends: Henri Texier and Claude Tchamitchian. One or the other (in trio of this fact) or the two gathered in an unusual quartet with two double bass on three beaches while playing contrasts bow (Tchamitchian) vs pizzicato (Texier). The stunning compositions are signed Erdmann and Marguet but also Tchamitchian (The Shadow of Water) and Texier with one of his "tubes" in the form of a slogan (Do not buy Ivory, anymore). Its full and suave tenor saxophone by Daniel Erdmann on a very natural phrasing, finesse and subtlety of Christophe Marguet's colorful drum playing, limpid beat of Henri Texier's double bass, Claude Tchamitchian's rich sound palette ... A combination of qualities that make this record a cheering success. 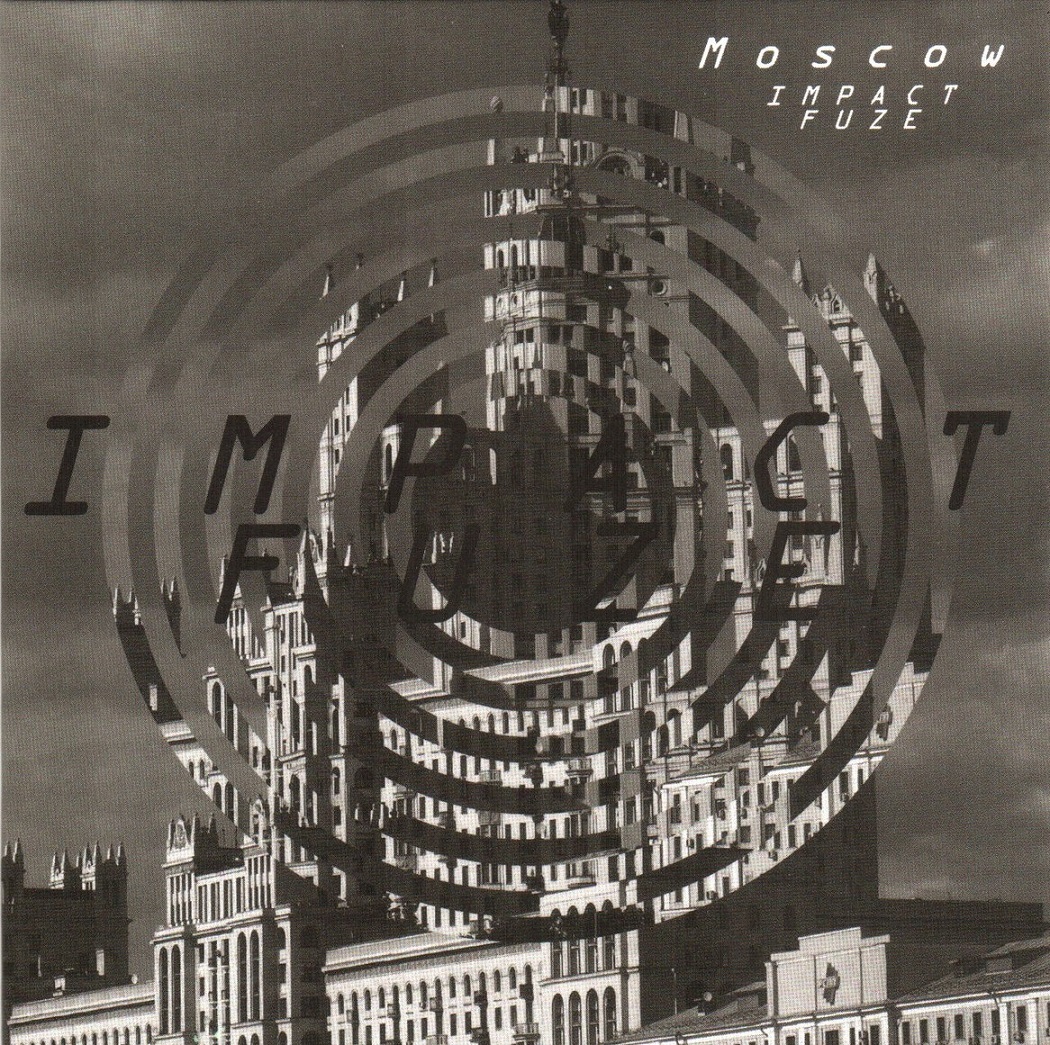 IMPACT FUZE is a jazz fusion trio formed in 2011 in Moscow, Russia. The band was formed by drummer and vocalist Damien SCHMIDTT, bassist Anton DAVIDYANTS, and guitarist Feodor DOSUMOV. The power trio's members are all world class session musicians from around the world that convene in Moscow. The band took about a year to write and record their debut album, Moscow, which was released late 2011.

The band's style is a very fast-paced and virtuosic, as DOSUMOV's energetic and Vai/Holdsworthian guitar playing accents SCHMIDTT's precision chops and DAVIDYANTS accurate and spot-on bass lines. The music is recommended for fans of hard-hitting and complex jazz fusion. 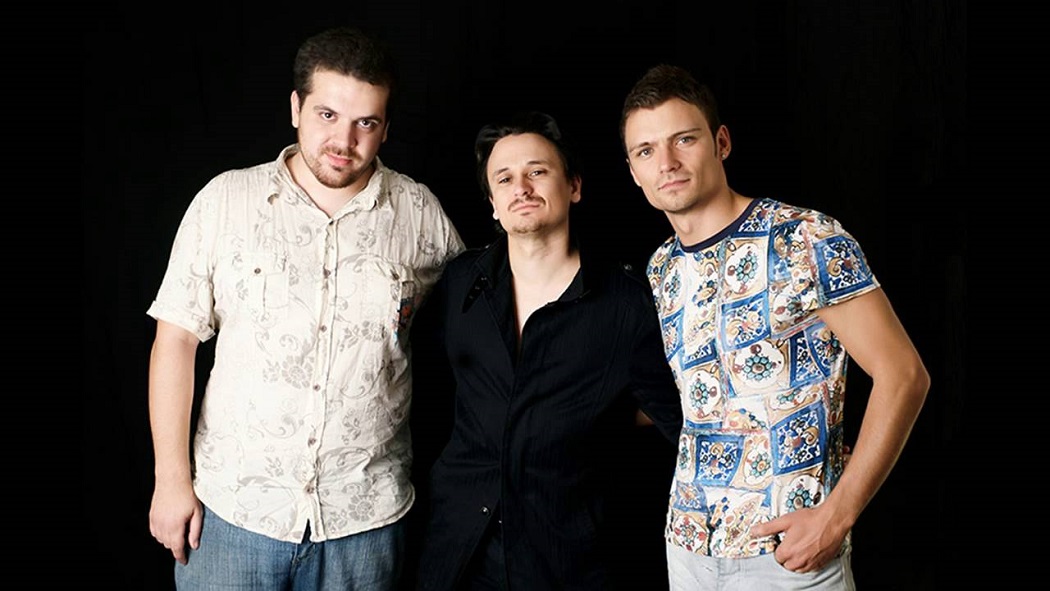 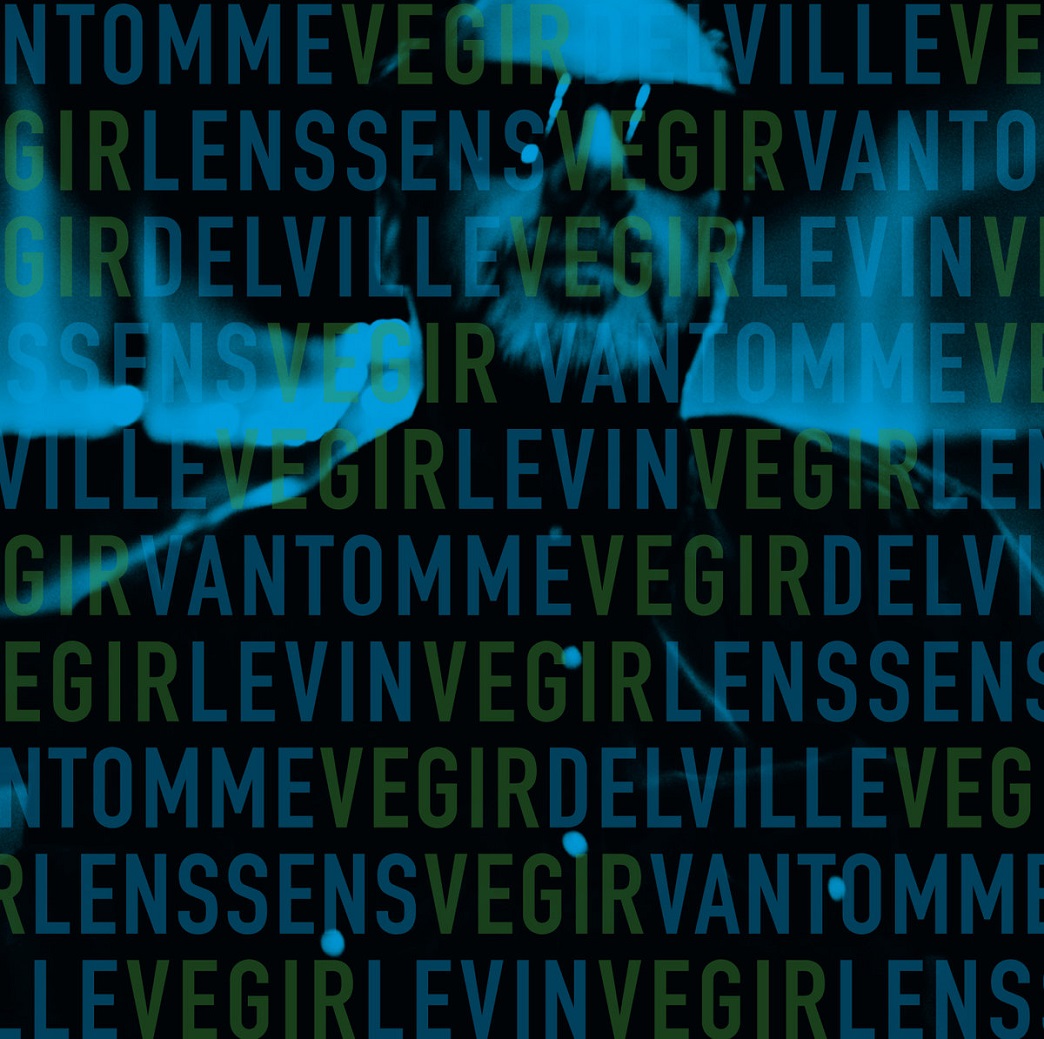 Dominique Vantomme of VANTOMME, is a pianist, keyboardist, composer, band leader, music educator and producer, equally well known for his work with many European pop and rock acts as for being the jazz piano instructor at the Music Conservatory in Kortrijk, Belgium. This album was born from his nomadic adventures: traveling in 2016 to see Stick Men, in Holland, and meeting up with old pal, MoonJune's Leonardo Pavkovic; and shortly thereafter befriending the legendary bassist/stickist Tony Levin of the King Crimson, Peter Gabriel and Stick Men hall of fame. In the studio session which shortly followed, Dom and Tony were joined by veteran MoonJune artist, also from Belgium, Michel Delville (The Wrong Object; douBt; Machine Mass), who was recruited on guitar, and another Belgian musician, Maxime Lenssens, tasked with holding down the timekeeping duties. The spontaneity and freshness of this sizzling, high-altitude set reflects the equally unpretentious manner in which the session itself came together.

Tackling some decidedly hip musical sketches of  Dominique Vantomme, the band is given full artistic liberty – and with all participants in top form, the resulting music weaves and winds its way across paths previously untrodden ... in stunning fashion, and with sure footing! In the truest MoonJune tradition, "Vegir" thumbs its nose at convention and showcases these seasoned veteran musicians at the top of their game: with the skill set, bravery and chutzpah to follow their instincts and, in the process, allow the music to seek out and ultimately capture its own form. It slinks; it growls; it stalks; it devours! It grooves; it stutters; it holds you in suspense, then explodes! (... think 'juggling chainsaws' in the sonic realm.

Dominique Vantomme first studied classical piano, then switched to jazz at the age of 20. He took lessons from pianists Mike Del Ferro and Marc Matthys at the Royal Music Conservatory in Ghent and attended workshops given by Mark Levine and Rob Madna.

In 1996, he attended another workshop with Andy Laverne and David Baker at the University of Louisville, Kentucky (USA).

From '96 to '98 he had electric jazz bands 'Fuzzlite' and 'Jazziz' together with one of his best friends and musicians Tom Mahieu. In 98, he studied in New York with US pianist Kenny Werner. In 99, he received a Prize at the Europ' Jazz Contest in Hoeilaart (B) and was laureate of the Torneo Internationale Musicale (Jazz) Rome. 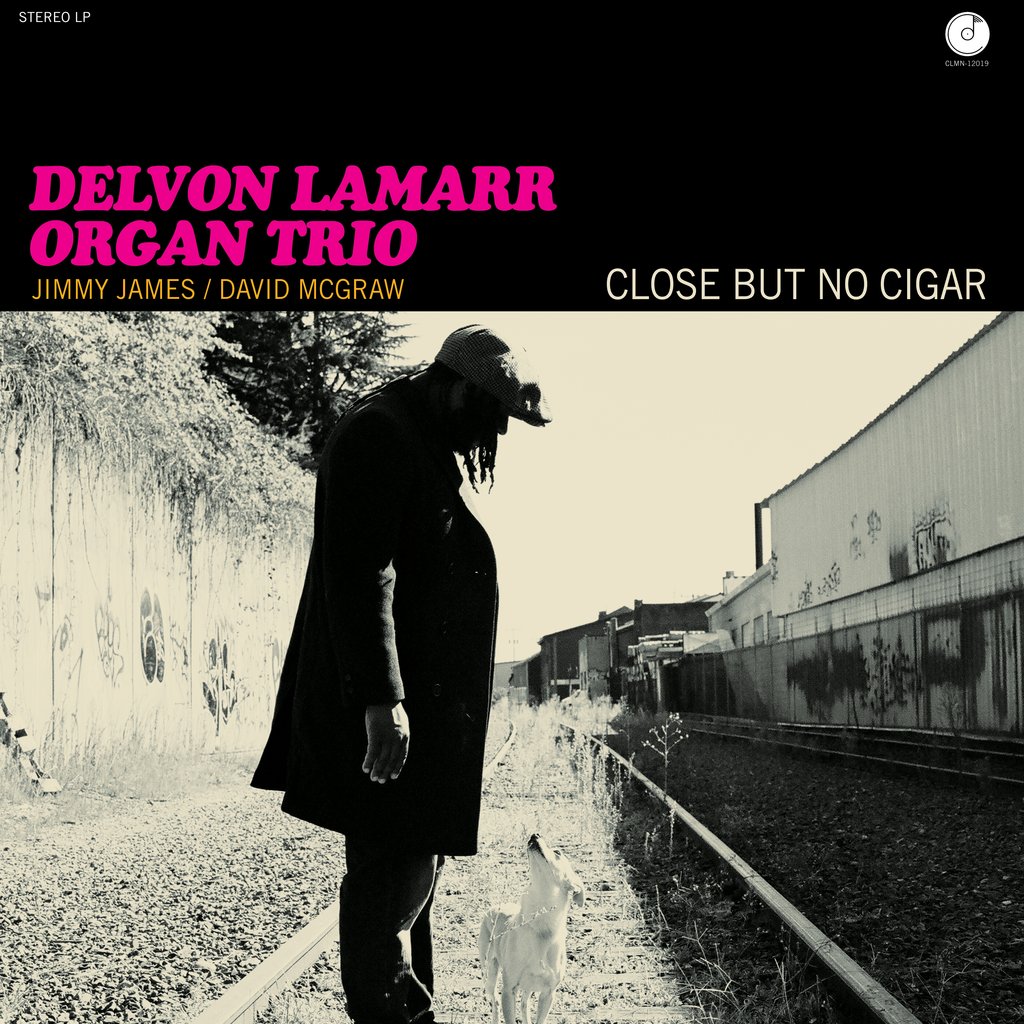 The debut album from Seattle's Delvon Lamarr Organ Trio. The group channels old-school organ combos like The Meters and Booker T & The MGs, but are making it fresh and feel new again! We couldn't be more happy to be involved with such talented musicians. 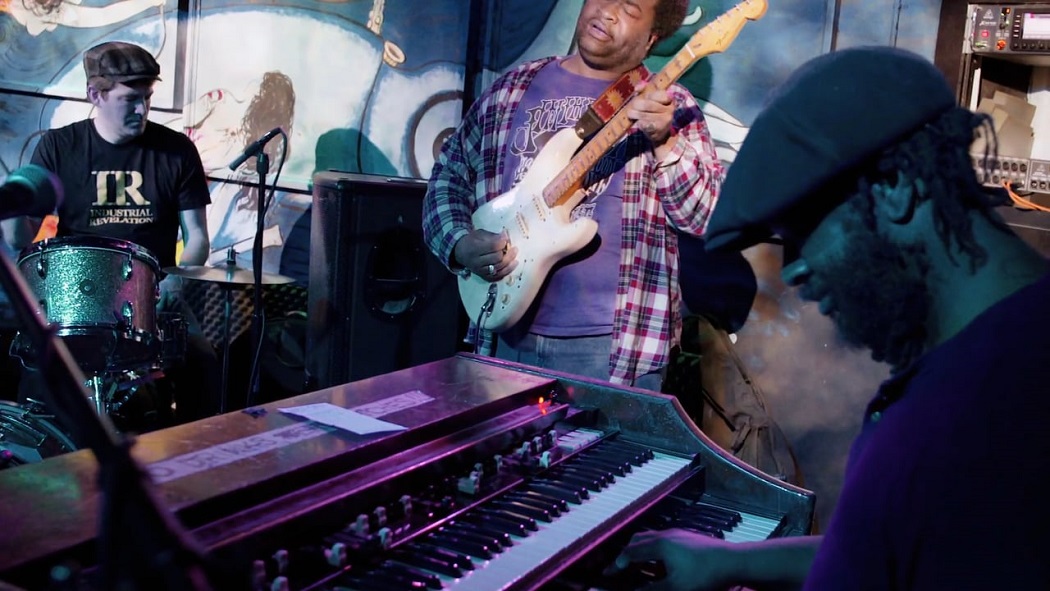 We're not sure of the back-story of Devlon Lamarr's eponymous trio, but this debut album for Colemine is an absolute killer. Lamarr is a virtuoso organist, and it's jammed-out Hammond organ and electric piano solos that naturally take centre stage throughout. That said, both drummer David McGraw and guitarist Jimmy James play their part throughout, with the former's ambidextrous fills and the latter's raw licks also catching the ear throughout. Musically, the tracks range from Meters-style heavy funk and lounge soul workouts to a range of cuts more heavily influenced by the blues of John Lee Hooker and the similarly instrumental brilliance of Booker T and the MGs. 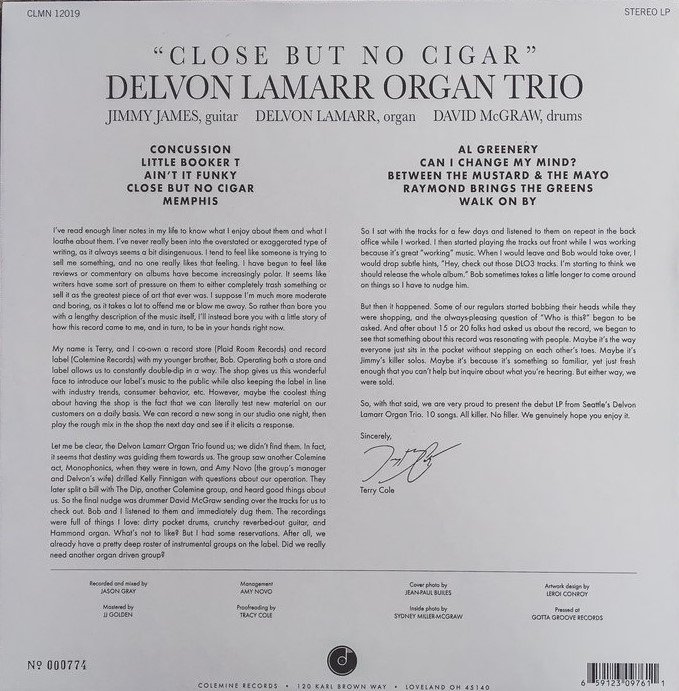 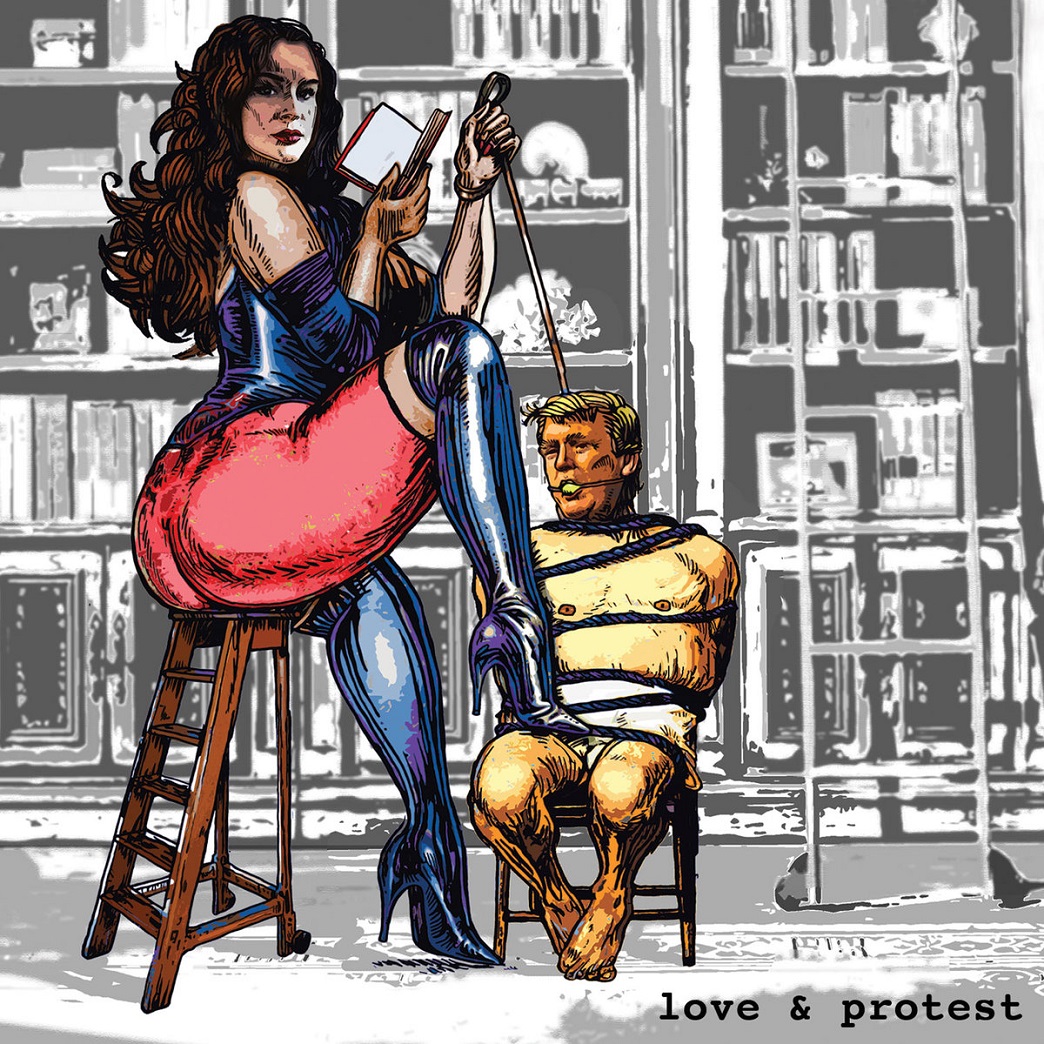 London-based vocalist-composer Alya Al-Sultani has been nothing if not ambitious in her musical development to date, and her latest project Collective X is no exception. Formed in the aftermath of the bitterly divisive 2016 European Union referendum, this is a highly experimental supergroup that brings together several of Britain and Europe’s most adventurous musicians. On its debut Love And Protest the band delivers a strong socio-political and cultural message framed by a compelling tapestry woven of avant-garde jazz, blues, electric funk and acoustic roots music.

Born in Basra, southern Iraq and raised in Tottenham, north London, Al-Sultani released Chai Party in 2015 to explore her Middle Eastern heritage as creatively as possible but this new project has a distinct objective. “For me Collective X is where I use jazz more as method, as aesthetically I’ve moved away from the American songbook,” she explains. “I love funk and breakbeats, contemporary jazz and free improvisation and hip-hop. I wanted that all to come together, not in a forced way… just through open-minded musicians, and by giving them a basic structure. I wrote the songs but it was collaborative in rehearsals, which led to a single day of live takes.”

Produced by vibraphonist-multi-instrumentalist Orphy Robinson Love And Protest is set to be one of the most intriguing releases of 2018 for both the elusive, indefinable character of the music as well as the premium quality of the band. Assembled from what was Al-Sultani’s wish list of cutting edge musicians on both the jazz and avant-garde scenes in London and Europe the group features the likes of vocalist Cleveland Watkiss [“The perfect foil for my voice but we also have very contrasting improvisational styles”], bassist Neil Charles [“I’ve always rated him, and he also has an alter ego as a producer, his landscape is broad”], drummer Mark Sanders [“Although he’s a free player he holds a very good groove”], and pianist-keyboardist Pat Thomas [“What he hears in the music I don’t think anybody else hears.”] 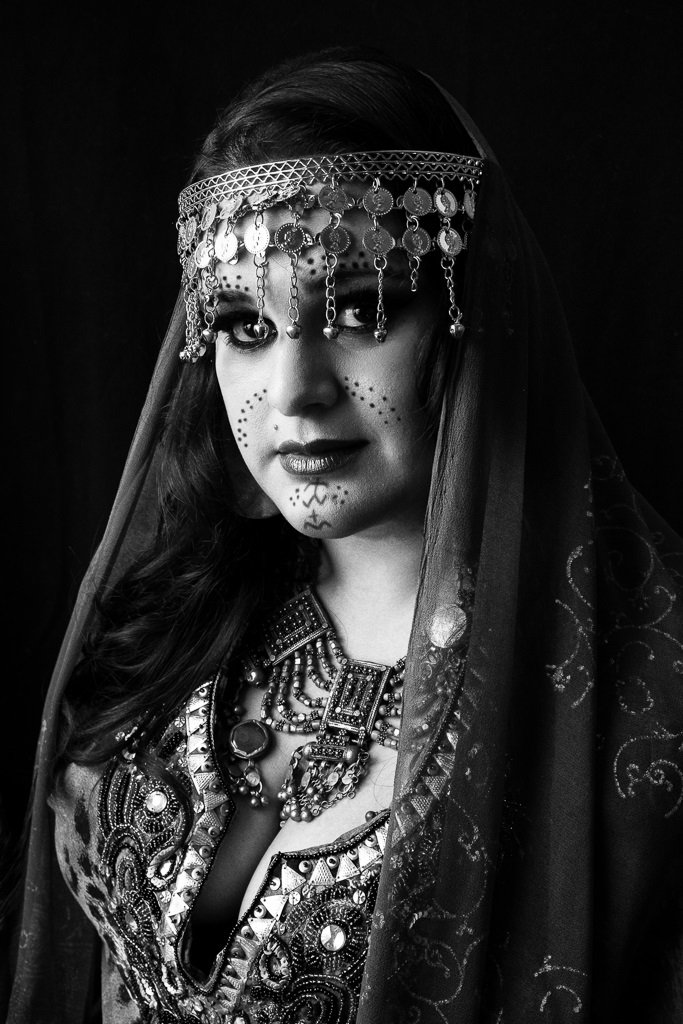 They are joined by poet Joshua Idehen, guitarist Dave Ital, and two of Al-Sultani’s other regular collaborators, pianist Clements Christian Potzsch and saxophonist Robert Menzel, who both hail from Germany. This international gathering of musicians fully embraces the conceptual verve of Al-Sultani, who wrote thought-provoking lyrics on the lived reality of a contemporary British-Arab woman, as well as her spontaneous approach to improvisation and arrangement. Together the musicians create an ensemble sound where myriad harmonic layers and rhythmic tangents spin off a strong compositional core. Al-Sultani hears the group as ‘something quite dense’ but individual voices still pierce through due to both the attention to detail and advanced synergy that has flourished between the players.

True to Al-Sultani’s mindset the music is not restrained in any way, and defies any lazy categorization. All of which resonates powerfully with the stories Al-Sultani is telling. She indeed broaches a wide range of identity politics, from fetishization of the black body to honor killings to sisterhood, in an entirely liberated way. “I struggle with labels and but I also feel they’re important,” says Al-Sultani. “I think it can encourage the idea of a monolith or homogenous group yet it’s important because in some ways people like me smash stereotypes; it’s a very fluid identity we have. I certainly am a Londoner, I am Iraqi, I am Muslim in my own definition, which is problematic for some people. I guess the artistic journey has been parallel to that of trying to understand who I am. Well, I’m not here to give people what they expect.” 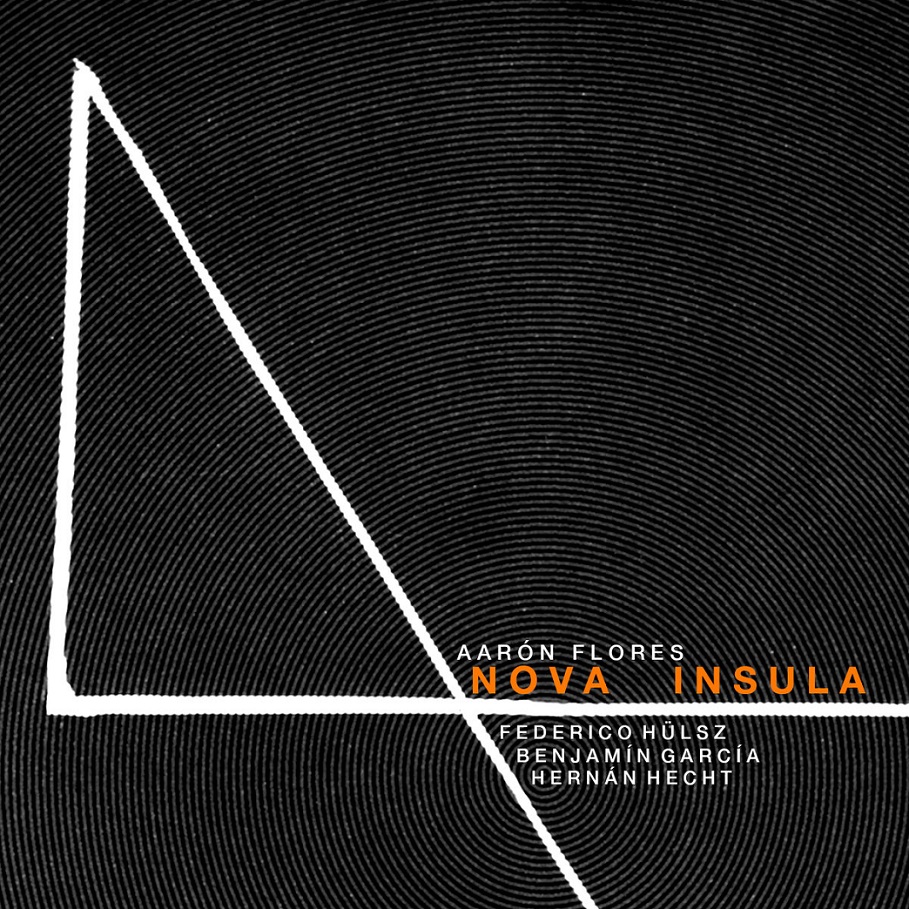 All compositions by Aarón Flores 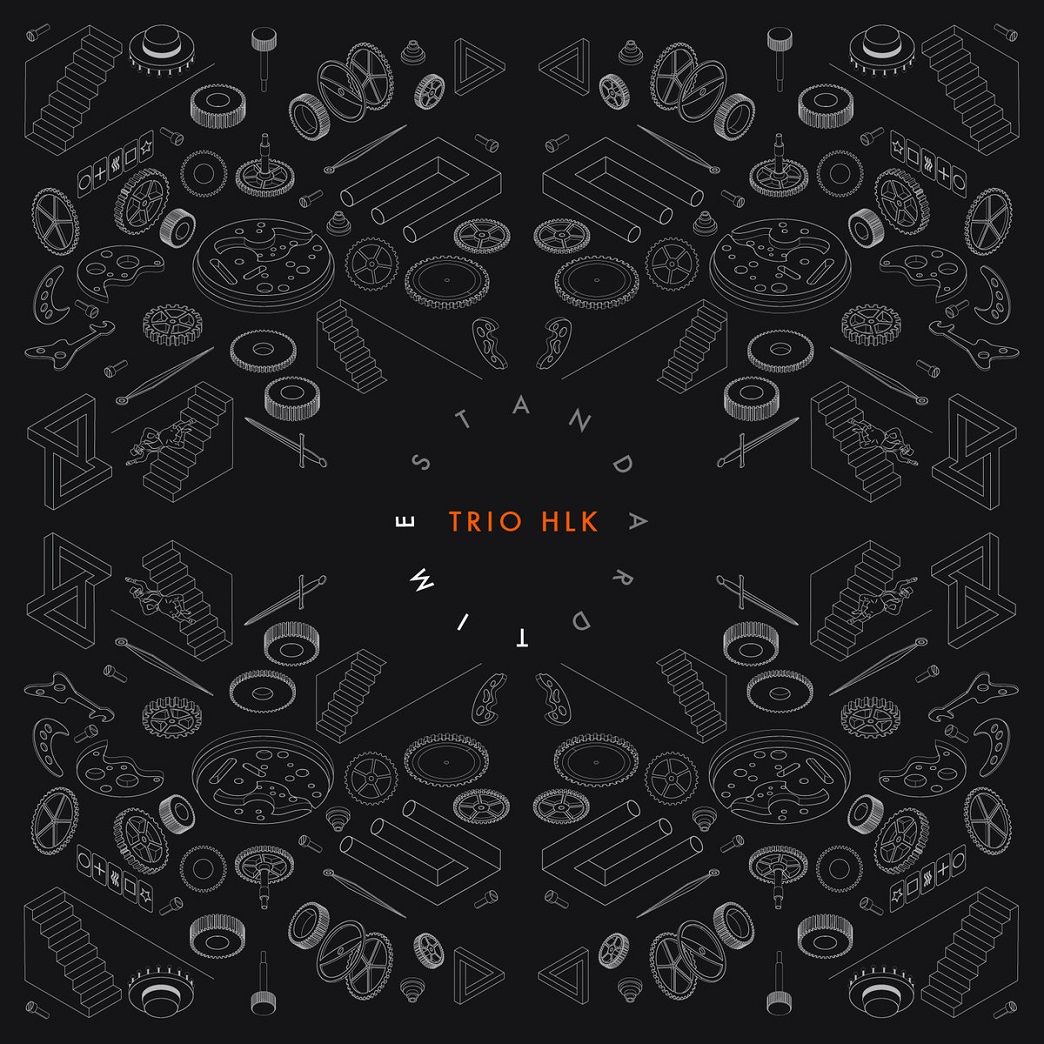 A belief in the high art of improvisation and intrigue with the infinite art and science of rhythm is what brings H, L and K together. Together they address ambitious improvisational frameworks which often resemble contemporary classical music more than jazz. 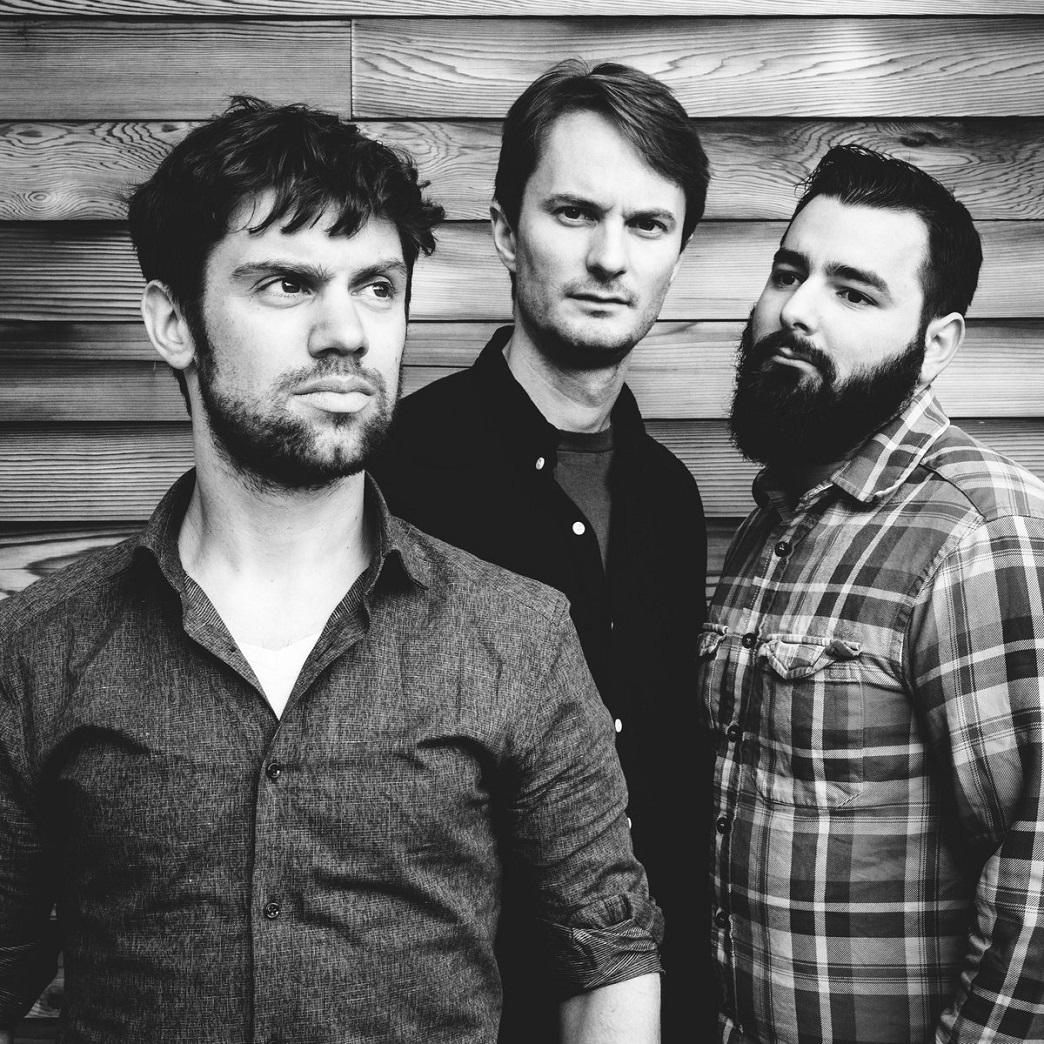 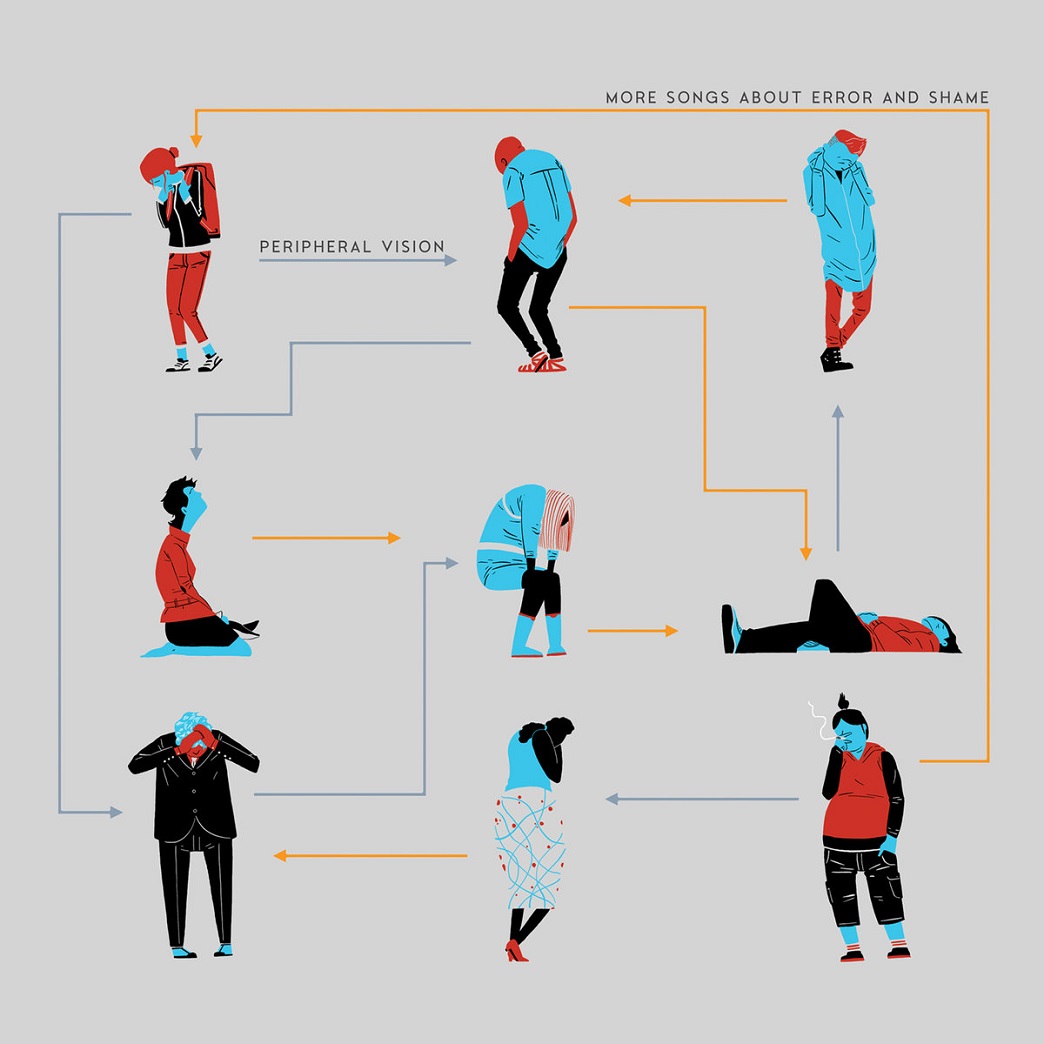 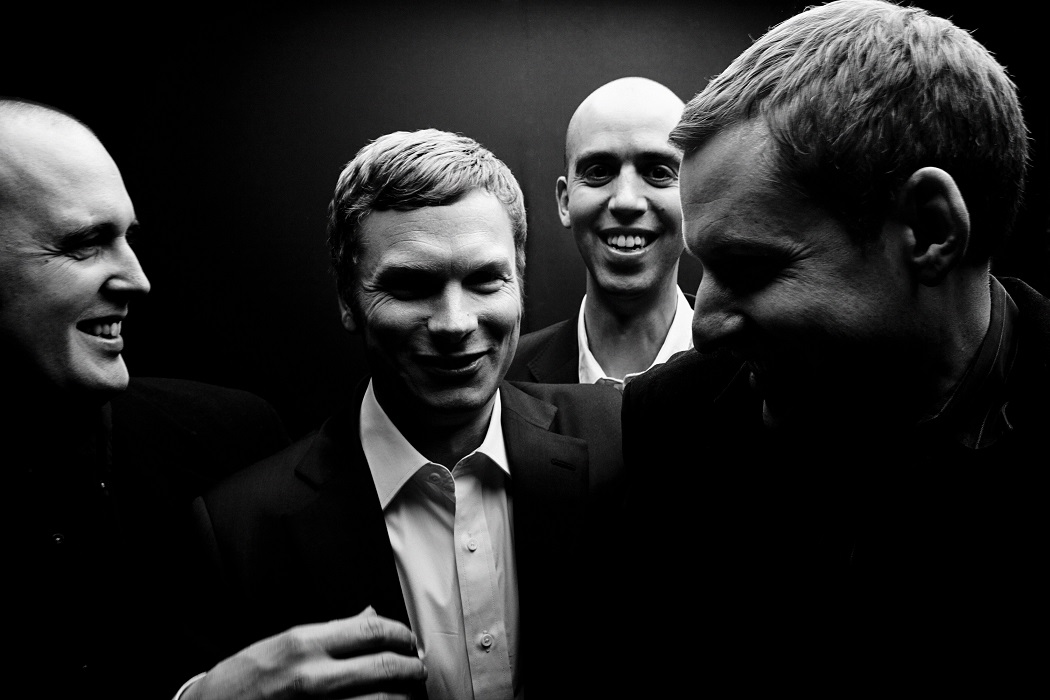 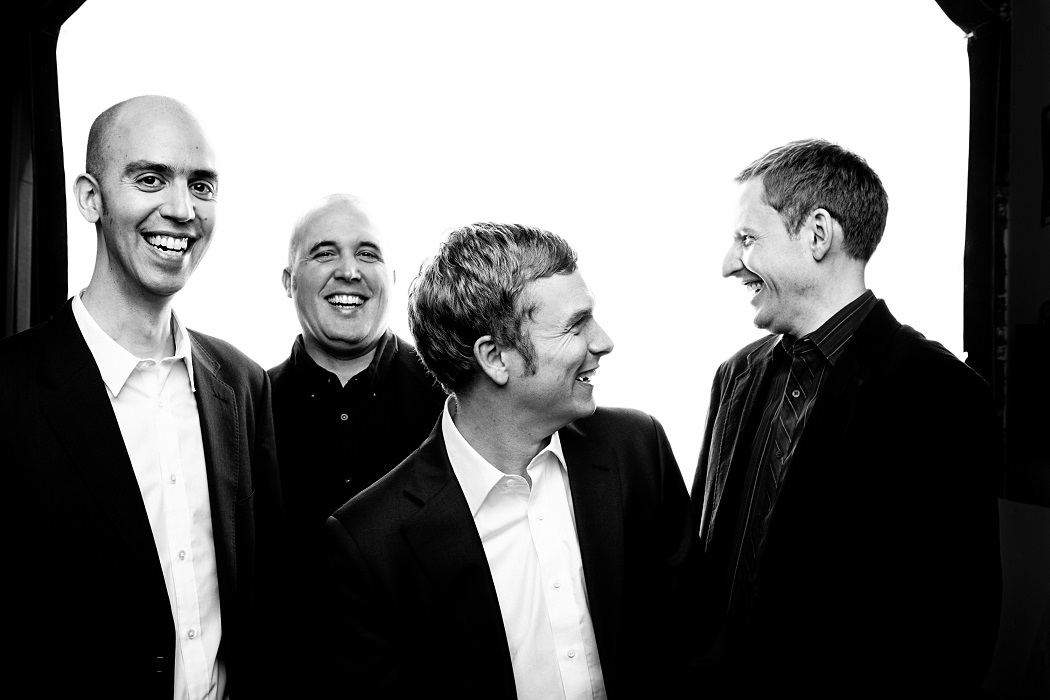 December 2018
Dec. 4 The TranzacOpening Band: TBA
Posted by Republic of Jazz a la dirección 12:00 AM