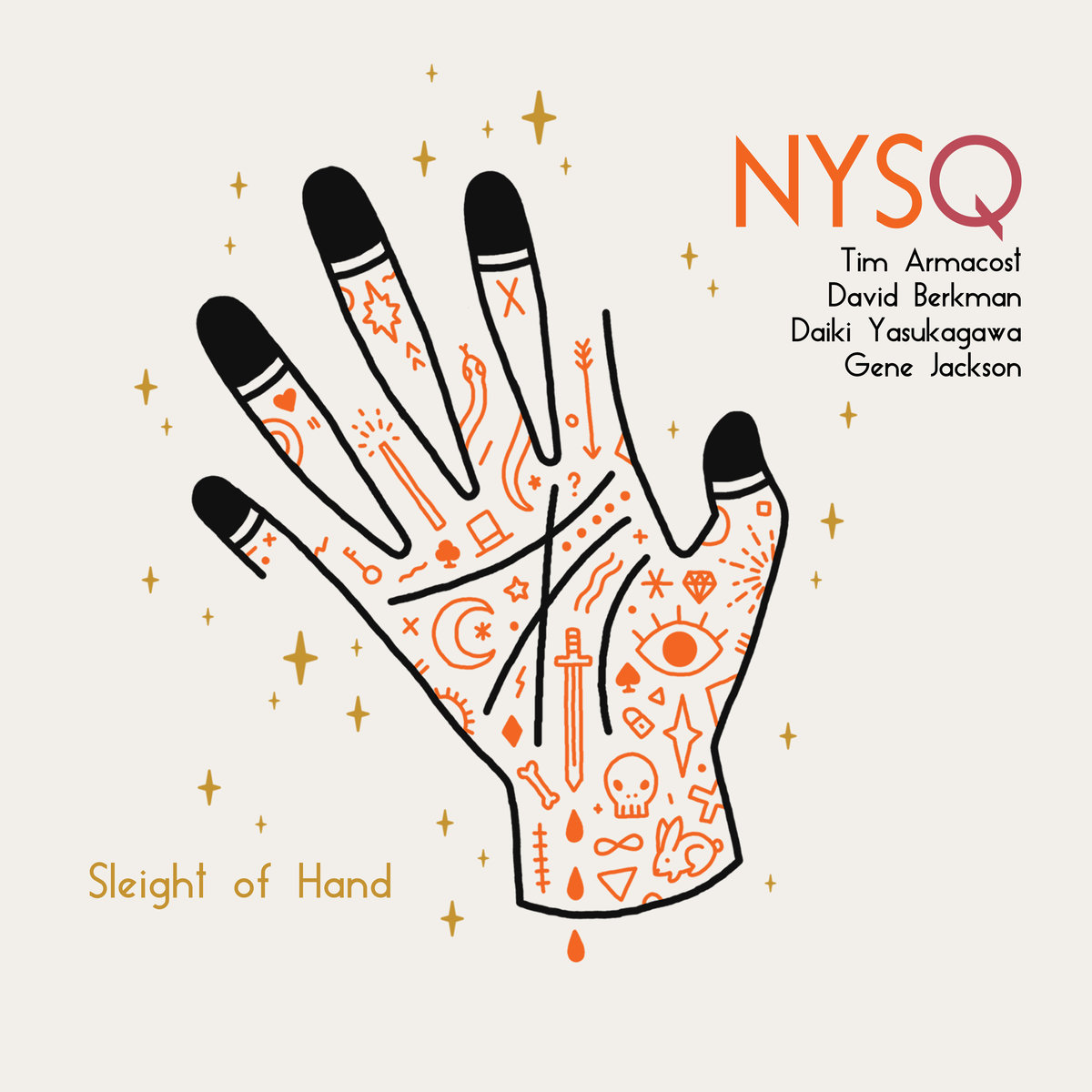 It’s now approaching twelve years since the New York Standards Quartet (NYSQ) came into being, its core personnel taking time out from their multifarious individual projects to revel in the shared brief of refashioning familiar and lesser-known jazz standards. Their new release Sleight of Hand builds on their catalog of five previous album recordings (most recently, The New Straight Ahead and Power of 10, on Whirlwind) as saxophonist Tim Armacost, pianist David Berkman and drummer Gene Jackson welcome double bassist Daiki Yasukagawa back into the fold.

Describing the NYSQ’s beginnings, David Berkman recalls: “We were at the period where we’d all done a lot of original recordings of our own music, as composers and leaders; and then, through a series of circumstances, we came together as a quartet with the particular mission of taking on standards, but arranging them to create a feeling that was similar to the original albums we recorded. It soon became apparent that audiences really got into the idea and the fun of seeing how we would expand the harmonic, tonal and rhythmic aspects into a more modern frame while always referencing the music’s origins.”

This is a band that regularly plays and performs together, so there’s a common bond which brings out the best in the arrangements they conjure. Recorded at the end of an international tour – in the beautiful, mountainous location of Lake Yamanaka, close to Mount Fuji (the quartet enjoys a special affinity with Japan) – Sleight of Hand’s eight numbers reflect the band’s spontaneous, transformational approach, with the title track (based on Gershwin’s ‘But Not For Me’) irresistibly playful. 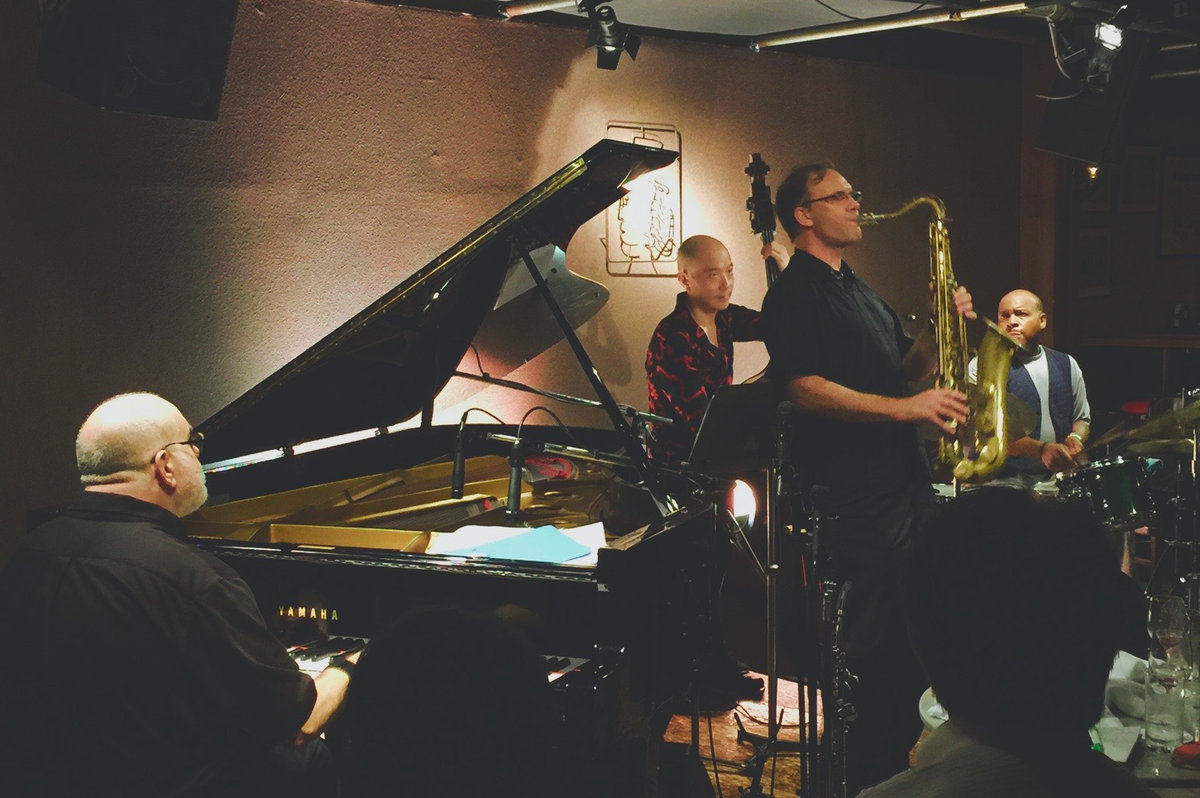 Mal Waldron’s ‘Soul Eyes’ and Thelonious Monk’s ‘Ask Me Now’ swing with respective vibrancy and jauntiness, while the metrical changes and perky rhythms of ‘This I Dig of You’ pick up on Hank Mobley’s classic Blue Note album origins; and the various key modulations in ‘Lover Man’ are a world away from Billie Holiday’s lingering vocal lines as Armacost’s spritely soprano responds swiftly to Jackson’s syncopated drum accents.

David Berkman relates that the NYSQ’s journey continues to energize them: “Going into the recording studio is still as challenging as it is enjoyable, though I guess we feel like we don’t need to prove anything anymore! And though we like to pull out obscure tunes, it’s also important to include touchstones for our listeners, as everyone relates to them emotionally – there’s still a lot of awareness there. These are such great melodies, you can do almost anything with them – and, as always with improvisation, that sense of ‘What’s happening today?’ remains exciting. It’s all about a moment.” 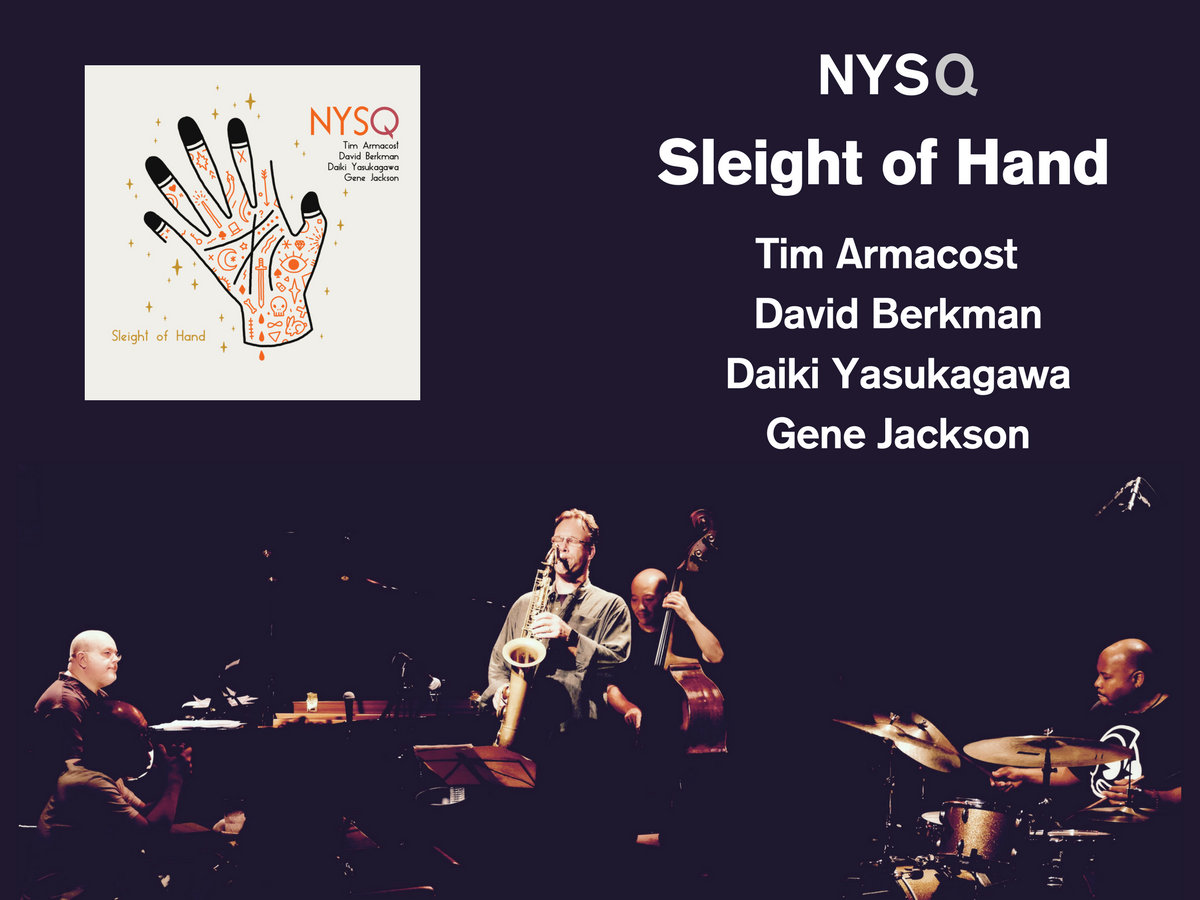