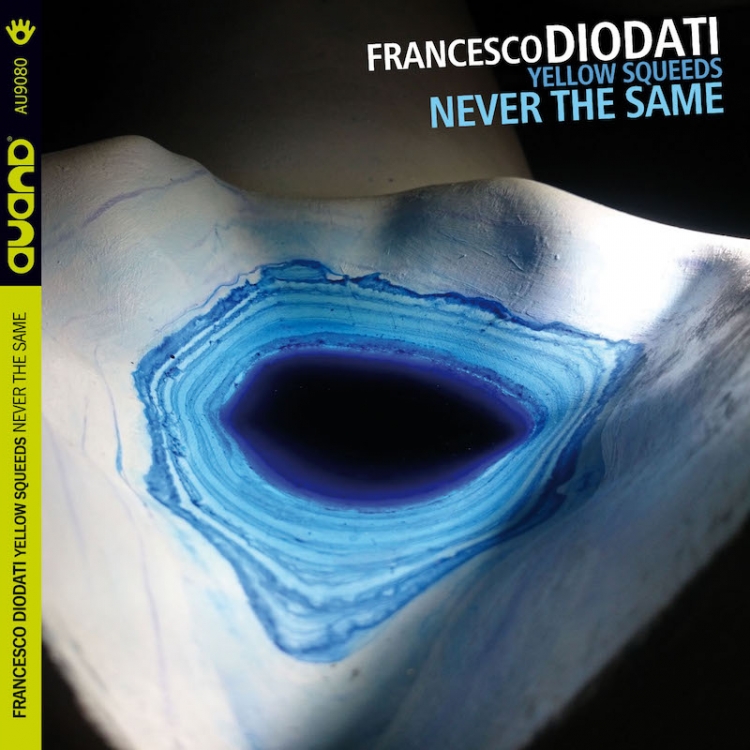 "Never The Same”, Francesco Diodati’s new album as a leader
featuring his Yellow Squeeds, out on January 25th

Three years after his previous work (“Flow, Home”, 2015), Italian guitarist and composer Francesco Diodati releases “Never The Same”, his latest and long-awaited album as a leader. He’s back with the same band, Yellow Squeeds – Enrico Zanisi (piano, synth), Francesco Lento (trumpet), Glauco Benedetti (tuba, valve trombone) and Enrico Morello (drums) – and the same label, Auand Records. His name has become one of the most renowned ones in the Italian and European music scene: working and touring extensively with Enrico Rava, he has also proved his personality and innovative attitude on his works as a leader.

At the core of “Never The Same” is a deep reflection on individual perceptions and team work and on the countless transformations these two elements can generate even on the most basic melody. What dominates the composing side is «several layers of sounds overlapping – Diodati says –, intertwining lines becoming mutually essential, albeit maintaining their own independence. This way of building music ensures, for example, that the same tune can be perceived in a different way by each listener. It’s like looking at the same 3D object from different perspectives, in your hands or suspended in space.» This approach generates the apparently alienating effect that can be heard on “Entanglement”, with its constantly changing rhythm.

This penchant for change, like a push towards something that was not there before, is also key to understand the band’s style. «They are all very dynamic and looking for new sounds and approaches – Diodati adds – On our previous album, Zanisi played the piano, while he’s doubling on Fender Rhodes, modular synth and bass synth now. I gave Morello a ton of Burmese gongs, which I collected along my trips and live shows in Myanmar, and we played those in the intro of “Simple Lights”. Glauco Benedetti turned out so surprisingly well on the valve trombone that I rewrote some parts to add it. Francesco Lento brings so many different sounds out of his trumpet, making the timber possibilities endless. He can be truly lyric as well as angular and harsh. We often converse very fast, and this became more and more intense over the years. They are all impressive musicians. I chose them because they break boundaries, and go beyond what’s common.»

As the likes of “River” show, sometimes their interplay is the starting point of an enchanting sound flow, built on the melody and ending in a dense collective improvisation. 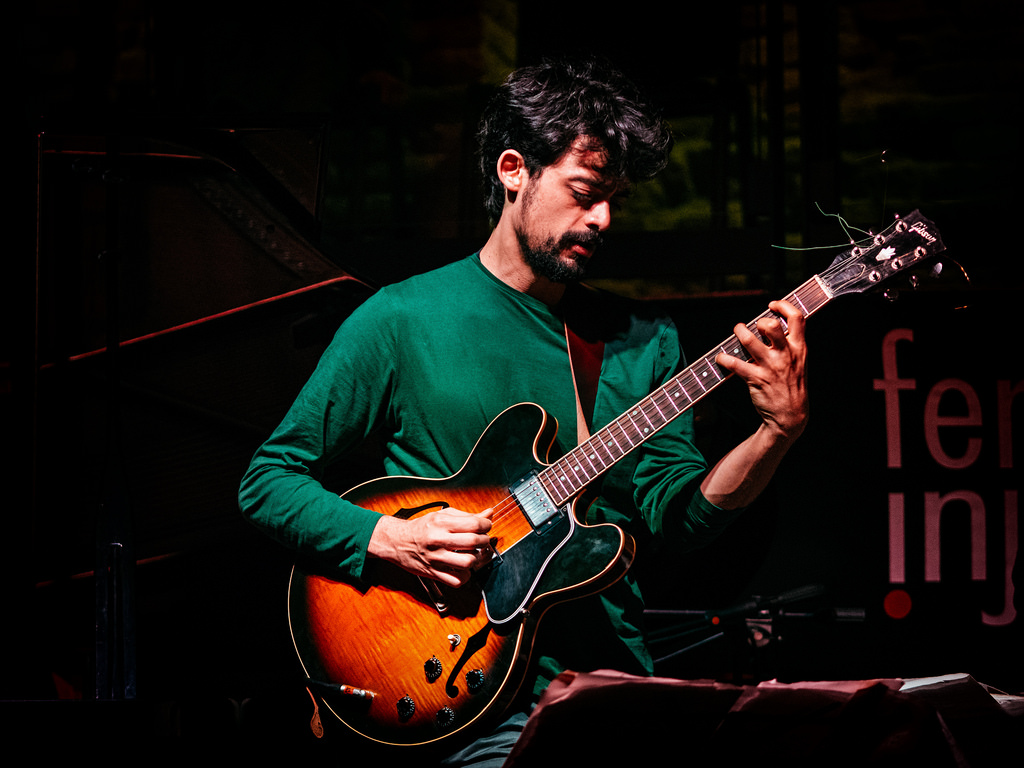 And while they’re playing with an out-of-tune instrument, focusing on timber or exchanging roles in the lineup, the album cover also catches the eye, embracing the whole idea of the album. «The cover is the result of an art work by Sara Bernabucci, an artist I’ve been collaborating with for two years – we aim at making music and visual arts meet – and by Alberto Timossi. It’s the layering of two different arts (sculpture and painting), from two different minds, and the camera adds my point of view, making the original work of art unrecognisable. This is what I mean: looking at the same object from different perspectives, not as a preconceived approach, but with the intuitive passion of those who live through art.» 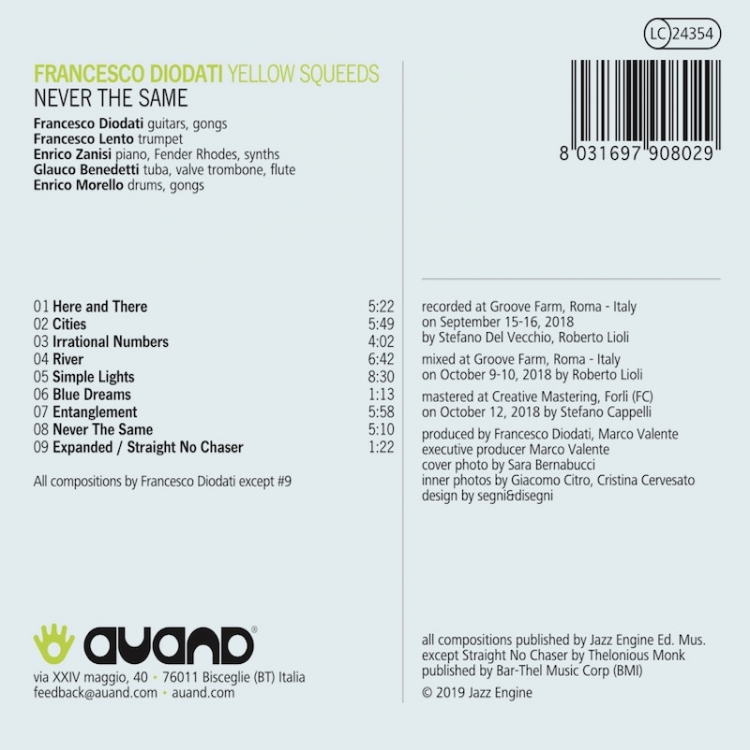