Peter Nelson - Ash, Dust and the Chalkboard Cinema (Outside In Music 2018) 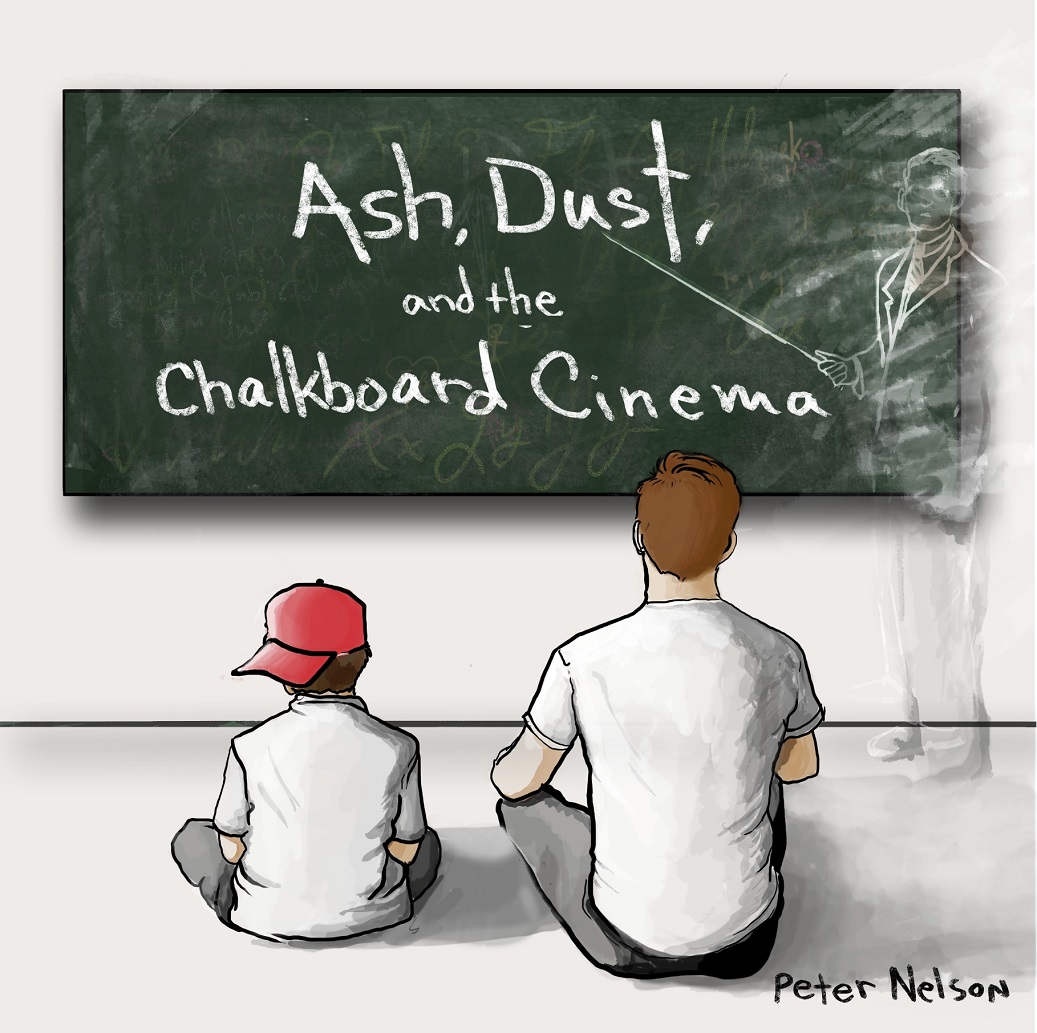 Ash, Dust, and the Chalkboard Cinema, out August 31 on Outside In Music, features three ensembles taking listeners on a narrative journey through suffering, discovery and healing

“Peter Nelson is an exciting and creative trombonist making waves on the NYC jazz scene.  If his name is on it, you know you are getting something good! With the music world brimming with talent more than ever, Peter’s one to keep an eye on.”
– Michael Dease, award-winning trombonist and educator

With the evocatively titled Ash, Dust, and the Chalkboard Cinema, trombonist/composer Peter Nelson retraces his five-year struggle with a debilitating condition that threatened to end his career as a musician just as it was entering its ascendancy. The album’s vivid compositions and enthralling playing draw the listener in to experience the grueling emotional journey that Nelson undertook, from the onset of mysterious symptoms through the isolating battle with physical and mental pain through the rigor of healing and the joy and revelation of recovery.

Due out August 31 via Outside In Music, Ash, Dust, and the Chalkboard Cinema enlists three different ensembles to tell its compelling story, all featuring Nelson on trombone: an ethereal trio featuring vibraphonist Nikara Warren and the wordless vocals of Alexa Barchini; a hard-swinging quartet with pianist Willerm Delisfort, bassist Raviv Markovitz, and drummer Itay Morchi; and a brilliant septet supplementing the quartet with alto saxophonist Hailey Niswanger, trumpeter Josh Lawrence, and bass clarinetist Yuma Uesaka.

A native of Lansing, Michigan, Nelson earned his degree in Jazz Studies at Michigan State University, where he studied with heavy hitters like bassist Rodney Whitaker. After recording two albums in his home state he decided to move to Brooklyn in 2013, and soon found himself performing with longtime heroes like pianist/bandleader Orrin Evans and drummer Matt Wilson. Almost simultaneously, however, he started to develop strange symptoms while playing.

At first the issues were minor: small, localized pain and subtle feelings of anxiety. Before long, the symptoms escalated to include chronic hyperventilation, severe shortness of breath, and excruciating pain in the face down his back and arms. “Here I was playing with a lot of my heroes, in musical settings that I’d dreamed about and I spent a lot of time trying to cultivate,” Nelson recalls. “And it became very difficult to be on the bandstand while at the same time fighting my horn and fighting my body. It felt like a physically violent way of losing my medium for relating to the world, and was emotionally and spiritually crippling.”

Nelson sought the help of innumerable doctors, physiologists and educators, failing to find satisfactory answers from any source. After more than a year and a half of intense pain and frustrating questions, Nelson found his way to physiologist and trombonist Jan Kagarice, one of the world’s leading authorities on musicians’ health. Kagarice diagnosed him with focal dystonia, chronic hyperventilation and Chvostek sign, and in a single lesson reversed 60% of his pain, immediately allowing him to play again. 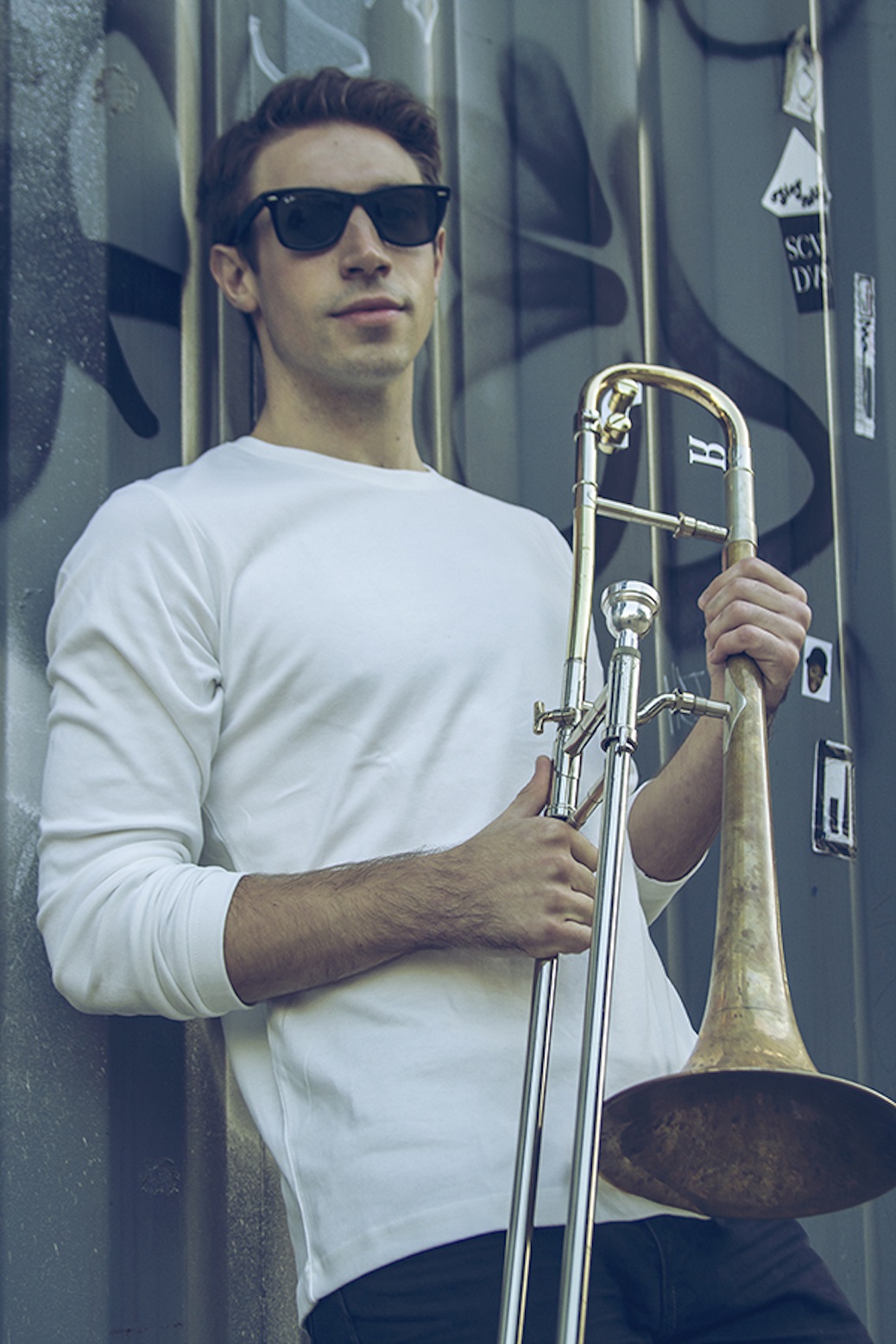 His symptoms, it turned out, were the result not of some curious illness but of bad pedagogy – bad habits inherited from teachers working from a misunderstanding of the human body and the physical process of making music. “The stereotype is that brass players have chops problems and difficulty with endurance,” he explains. “But the entirety of brass pedagogy is not only physiologically destructive but physics-wise has very little to do with how sound is actually made.”

Five years after the onset of his symptoms, Nelson is fully recovered and playing as beautifully as ever, pain-free. Writing the ten compositions on this album meant excavating a number of difficult feelings, but the trombonist was intent on engaging fully and honestly with the full spectrum of his ordeal. He brings his experiences vividly to life with the help of his gifted collaborators, each of whom have played an important part in his life in one context or another, from the bandstand to the classroom.

Nelson is hesitant to reveal the meaning behind his somewhat cryptic album title, but a few themes emerge: Ash and Dust make obvious references to things crumbling away and left behind, referring perhaps to the composer’s symptoms or incorrect approaches. The Chalkboard Cinema, meanwhile, suggests the somewhat illusory nature of education, jazz education in particular – lessons taught as gospel but more akin to the flickering images of the silver screen.

Ash, Dust, and the Chalkboard Cinema traces each step along Nelson’s road to recovery, from the creeping onset in “It Starts Slowly (First in Your Heart)” to the confounding spiral of “Cyclical Maze (Round and Round We Go)” through the zen-like mantra “Do Nothing (If Less Is More),” a tribute to Kagarice and her life-altering teachings. “Behind Kind Eyes (Thank You)” is a meditation on the loss of a loved one, a nod to the tragedies that can occur around us while we’re struggling through our own, while “Closure is a Wasted Prayer (Release, Relax)” ends with the ambiguous acknowledgment that expecting any chapter of life to neatly draw to a conclusion is a fool’s errand.

“We always want closure,” Nelson says, “but it’s an almost laughable concept. I’m always going to be dealing with dystonia, but it’s not something that controls my life. The idea of putting a cap on this whole process does a disservice to the process of excavating these feelings and dealing with them. Everything that I learned about brass playing -- and more importantly about myself and what music-making really means to me –those lessons are priceless and I wouldn’t change a thing.”