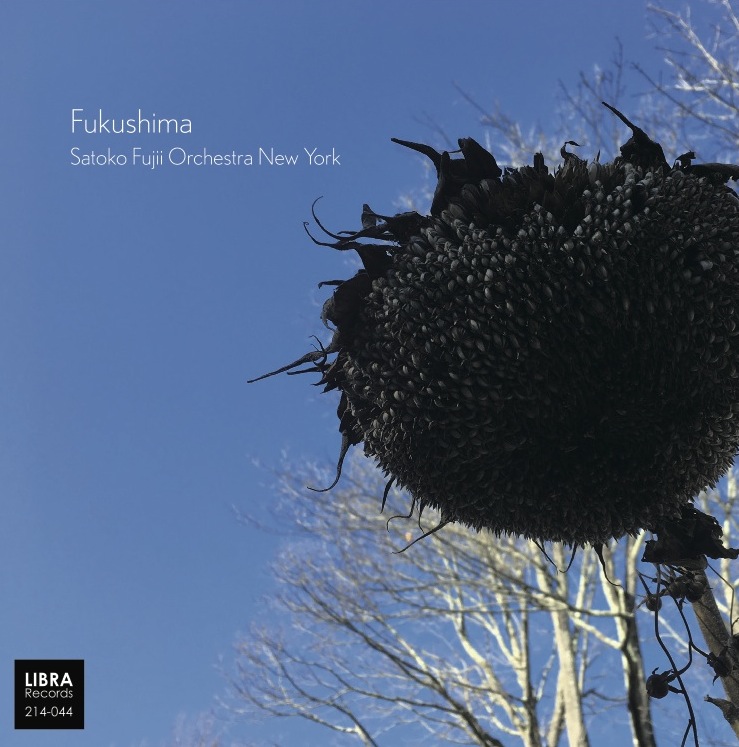 "Satoko Fujii's large ensemble music is one of a kind... For avant big band, this is an outfit on the cutting edge." -Grego Edwards, Gapplegate Music Review 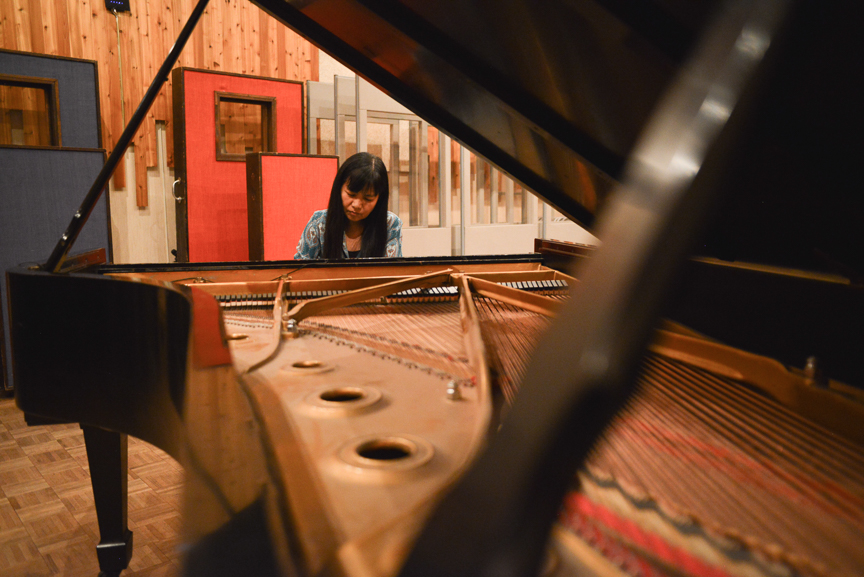 Gathering together her all-star Orchestra New York to record for the tenth time, composer-pianist Satoko Fujii releases Fukushima (Libra, available December 15, 2017), a deeply moving and personal contemplation of the nuclear power plant disaster that shook Japan and the world in 2011. Fujii conducts the 13-piece ensemble in a monumental album-length composition that runs the emotional spectrum from despair to hope. With her characteristic attention to form, texture, and melody, she also provides a platform for some of New York's best improvisers, many of whom were founding members of the band 20 years ago, to make powerful statements of their own. The close collaboration between composer-conductor and performers results in one of the most riveting and moving socially conscious musical statements in recent memory.

"Right after the accident, I was afraid that we might not be able to live in Tokyo or even anywhere else in Japan," Fujii says. "A crazy-big area was affected by radiation and our country is not big. The distance between Tokyo and Fukushima is only around 200 kilometers. I felt hopeless. Of course, there were some people who didn't think it was a serious problem. The worst thing for me was the election right after the Fukushima accident. People still supported the politicians who said we need nuclear reactors. Other people in Japan thought differently and didn't support those politicians. And I have found people all over the world who think differently, as well. Fukushima is one of those issues that connects deeply with other matters in the world now-money, power, nationalism."

Fujii's musical response conveys the full weight of her feelings. Her assured handling of drama and pacing have never been more evident or used to such telling effect. The hour-long piece opens with the simple sound of air passing through instruments, echoing the sound of human breathing, creating a sense of vulnerable humanity that suffuses the entire work. "In the context of Fukushima, the breathing or air sound is peaceful, calm, and life-affirming for me," she says.
Shaping the music in real time as she conducts, Fujii leads the band on a spiritual journey through sorrow, rage, and ultimately to a stunning sense of hope and optimism. "I know we human beings can live brightly in any situation and circumstance," Fujii says. "I would like to believe it is not too late for us to make a change for the better."

Of course, Fujii's compositions are incomplete without improvised contributions from her remarkable ensemble. "My charts for large ensemble are not like classical music that can be played only by reading," she says. "With my charts, I need great improvisers to play and develop them. And with all these improvised parts, I need to conduct and give cues to the band to make the charts work, come together, and feel alive. I feel like the whole band is my instrument." 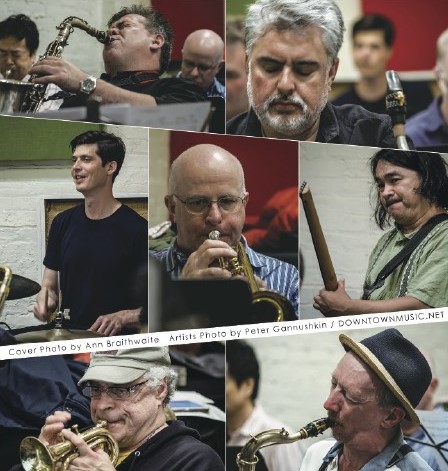 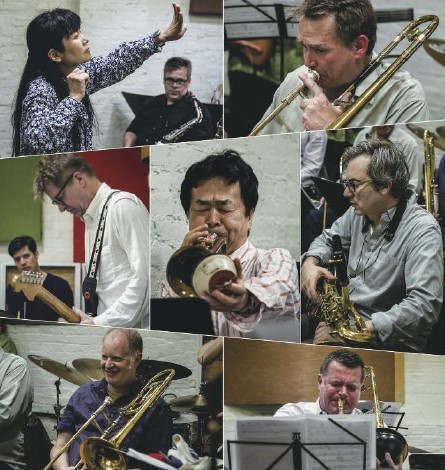 And what an instrument she has in this band, which includes saxophonists Tony Malaby and Ellery Eskelin, guitarist Nels Cline, trumpeters Dave Ballou and Natsuki Tamura, trombonists Joey Sellers, Joe Fiedler and Curtis Hasselbring, and the blue-chip rhythm team of bassist Stomu Takeishi and drummer Ches Smith, among others. With an ear for creative combinations of voices and contrasting textures and density, Fujii deploys them in different combinations, ranging from solo to duos and trios to full ensemble improvisation, throughout the course of the performance. Highlights include the close interplay between baritone saxophonist Andy Laster and guitarist Cline on the first track (the piece is continuous, but split into five tracks on the disc) and Oscar Noriega's melodic solo cradled by a lovely brass choir on Track 3. A sustained series of alternating passages for duet pairings of trumpeter Herb Robertson with drummer Smith and bassist Takeishi with guitarist Cline highlight the fourth track.

Fujii is also making available a second version of Fukushima, featuring her singing on Track 2. CDR copies of the vocal version of the composition can be ordered on her website: www.satokofujii.com/.

Fujii always tackles big musical ideas in her big band writing and sometimes turns to life's deepest spiritual issues as well. With this ambitious album, her first extended piece for large ensemble that addresses social issues, she has made another step forward with her art. "I just would like to have the listener take in the whole piece as an experience," she says, "and feel something."

Critics and fans alike hail pianist and composer Satoko Fujii as one of the most original voices in jazz today. She's "a virtuoso piano improviser, an original composer and a bandleader who gets the best collaborators to deliver," says John Fordham in The Guardian.

In concert and on more than 80 albums as a leader or co-leader, she synthesizes jazz, contemporary classical, avant-rock and Japanese folk music into an innovative music instantly recognizable as hers alone. Over the years, Fujii has led some of the most consistently creative ensembles in modern improvised music, including the ma-do quartet, the Min-Yoh Ensemble, and an electrifying avant-rock quartet featuring drummer Tatsuya Yoshida of The Ruins.

Her ongoing duet project with husband Natsuki Tamura released their sixth recording, Kisaragi, this year. "The duo's commitment to producing new sounds based on fresh ideas is second only to their musicianship," says Karl Ackermann in All About Jazz. Aspiration, a CD by an ad hoc band featuring Wadada Leo Smith, Tamura, and Ikue Mori, was released this year to wide acclaim. "Four musicians who regularly aspire for greater heights with each venture reach the summit together on Aspiration," writes S. Victor Aaron in Something Else.

She records infrequently as an unaccompanied soloist, but her latest solo album, Invisible Hand, led Dan McClenaghan in All About Jazz to praise her "stream of ideas, eschewing repetition and cliché in the crafting of her solo work, her loveliest and most accessible music." Fujii has also established herself as one of the world's leading composers for large jazz ensembles, leading Cadence magazine to call her, "the Ellington of free jazz."