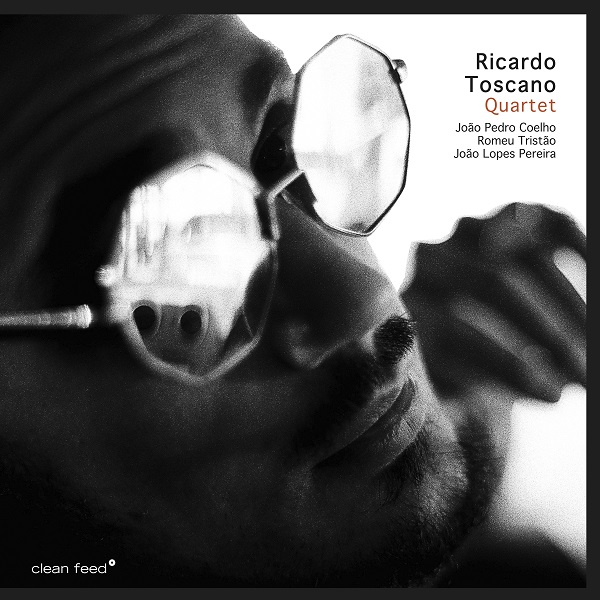 The prodigal son of Portuguese jazz is finally on record. Since his teenager years until he became a young man (25 years old in 2018) we get used to only hear him on stage, improvising with the tunes of American masters like Charlie Parker, “Cannonball” Adderley, John Coltrane and Ornette Coleman, among many others of different times in the “jazz continuum”. Now, we can seat at our homes and listen to his superb alto sax playing his own compositions. With one exception: Herbie Hancock’s “The Sorcerer”. Ricardo Toscano managed to interpret the tradition simultaneously with the same authenticity of the originals (really? really!) and with a remarkable freshness of approach, as if an old standard was something completely new. He keeps doing it, but the inevitable (considering his superlative capacities) happened: he’s playing now his own inner world, born from Toscano’s many auditions of the jazz patrimony. Or patrimonies, because this force of life is a fundamental contributor to the avant / groovy music of Marco Barroso’s Lisbon Underground Music Ensemble, also known as LUME (Fire in English), at the same time dedicating himself to the compositions of the late Bernardo Sassetti and beginning partnerships with free improvisers like Rodrigo Pinheiro, Miguel Mira and Gabriel Ferrandini. Step by step, with no urgencies and refusing to be obfuscated by fame and success, Toscano oppened his space of action and is now a more complete musician. This CD, named after the quartet he founded with the like minded (and like aged, like talented) João Pedro Coelho, Romeu Tristão and João Lopes Pereira, marks a new beginning in his ascensional path. It’s impossible to know what the future brings to him, but one thing is for sure: it’s going to be great.