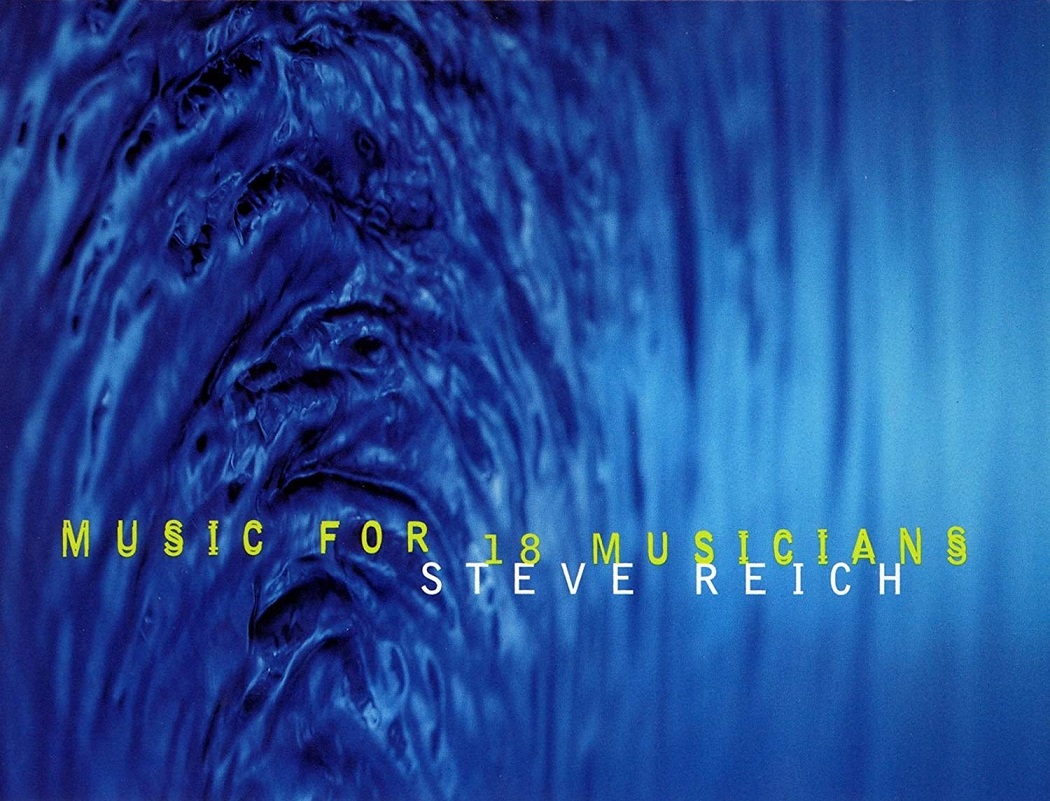 Nonesuch Records' 1998 Grammy-winning recording of Steve Reich's landmark piece Music for 18 Musicians, performed by Steve Reich and Musicians, returned to vinyl in July 2018. First released on vinyl in a limited run for Record Store Day 2015, the album, mastered for vinyl by Robert C. Ludwig, is now available at a new, low price, pressed on two 140-gram vinyl LPs at Pallas Manufacturing in Diepholz, Germany. The New York Times says: "It would be hard to think of any American music more important than this."

From the original 1998 release:

At the close of the 1970s, the New York Times declared Steve Reich’s Music for 18 Musicians one of the ten most important works of that decade. But the passage of time has proven that inaccurate. As K. Robert Schwartz writes in his liner notes, it is “one of the handful of late-twentieth-century works that can rightly claim to have altered the course of Western music.”

Twenty-two years after its first release on vinyl, Steve Reich and Musicians deliver a new recording of Music for 18 Musicians on Nonesuch Records. Originally offered as a volume within the composer’s 10-CD retrospective box set in 1997, 18 is now available as its own album with graphics and liner notes prepared expressly for this issue.

Reich himself admits that 18 marks a “high point” in his thirty-year career. “It’s undoubtedly one of the best pieces I’ve ever done. Sometimes everything just comes together and suddenly you’ve created this wonderful organism, and in this piece it happened. That accounts for its durability. but it also has a real structural backbone, so it continues to please me twenty years later.”

The product of virtually continuous work from May 1974 to March 1976, 18 was finished when Reich was nearly forty, and reflects numerous influences that had made their mark on the composer’s life up to that point: bebop and Balinese gamelan, African drumming and modal jazz, the melismas of Perotin and the scat-singing of Ella Fitzgerald. These elements came together to define Reich’s essential harmonic language, one that had evolved well beyond the austere and reductive so-called minimalism of his earlier pieces.

Along with the benefit of digital recording, this new 18 features many of the very same musicians that participated in its first recording as well as many of its concert performances over the last two decades: a team that could be said, over time, to have osmotically absorbed every nuance this richly-detailed score has to offer. A tempo change in the new album—governed by the breathing pattern of the clarinetist—has resulted in a version eleven minutes longer than the original. Some harmonic reinterpretation may be noted as well.

Music for 18 Musicians has influenced a whole generation of young composers, as well as a legion of pop musicians. As much as ever, it remains an alluring marvel of coloristic shimmer and an evocation of non-Western music, of classical music, and of jazz—without sounding like any of them. Viewing it from a modest historical distance, is it still absurd to label it a minimalist work? Steve Reich replies, “Yes, I think it is. You can apply minimalism to 18 if you want, but what you’re really hearing is that whole phenomenon—at least in any recognizable, strict form—fade away into the distance.”